A decade after beginning its autonomous vehicle project, Google is finally enlisting passengers to be part of its self-driving research.

Self-driving cars are big business as Tesla, Google, Apple and Uber all make a mad dash to be the first to own the autonomous driving space.

It’s taken almost a decade to get here but Google may have just driven a little closer to the finish line, announcing earlier this week that real-life humans can sign up to be part of the autonomous program.

Waymo, as the project was christened last year, stands for “a new way forward in mobility” and describes itself as a “self-driving technology company with a mission to make it safe and easy for people and things to move around.”

The project launched in 2009 as the Google car, and the first full self-driving vehicle took to public roads in 2015. Now, Waymo has opened its car doors to the public in Phoenix, USA.

Announcing earlier this week that the public could sign up to use its vehicles, Waymo has taken the lead in commercialising the concept. Already, a handful of Phoenix residents have access to Waymo’s fleet of 600 Chrysler Pacifica Hybrid minivans (a car we don’t get here in Australia), which they can use for around-town transport.

The purpose of the ‘early rider program’ is to collect intel on the use of self-driving cars with volunteers involved in the trial expected to give feedback about the program and how it fits in to their lifestyle.  There’s no limitation on use of the minivans, with participants allowed access all day, every day to go anywhere within the trial zone. 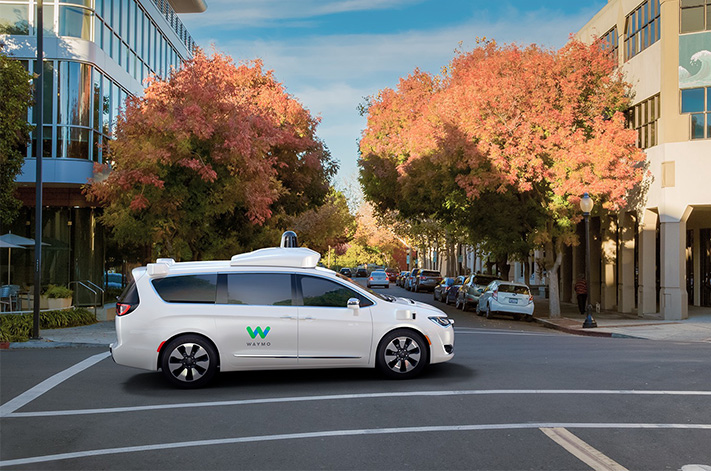 “We’ll learn things like where people want to go in a self-driving car, how they communicate with our vehicles, and what information and controls they want to see inside,” Waymo said in a recent release.

But Waymo isn’t alone if allowing the public to use its self-driving vehicles. Uber, another self-proclaimed leader is autonomous uptake, began offering a similar service last year in Pittsburgh, before expanding its program (which uses modified Volvo XC60s and Ford Fusions) to Tempe this year. That said, Uber’s programme still puts a human behind the wheel in case of a malfunction.

According to some reports, Waymo has the equivalent of 4.8 million kilometres of real-world driving under the wheels of its test fleet, which pales when compared to the likes of Uber, Tesla and even Toyota which have covered 160 million, 8 million and 4.3 million kilometres respectively.

Here in Australia, self-driving technology is a little further behind, with infrastructure still decades away from being prepared for autonomy.

While some trials have been conducted across states like South Australia and Victoria, one of our country’s biggest obstacles is the reliance on foreign development and manufacturing. These cars have been built and trialled in places – like Japan, Europe and the United States – which are remarkably different to our own.

Not only do we lack the infrastructure to encourage autonomous vehicle development, but also the legal framework to enable it. Legislatively speaking, allowing driverless cars with passengers on our roads is something of a murky business. But as this technology advances overseas, it’s not too implausible to believe that our roads could soon be trialling similar programs.