The trends don’t lie: the last time passenger cars outsold SUVs was in 2016 and the contraction seemingly has no end in sight. Manufacturers are trimming their showroom content as a result, and the logical endgame is dealerships full of SUVs, utes… and not much else.

Ford is one of the most recent to act on the migration, confirming that it’s running out what few Mondeos remain in Australian inventory and that it has no desire to bring in a new generation of Fiesta light hatches besides the performance-oriented Fiesta ST, due here by mid-year. 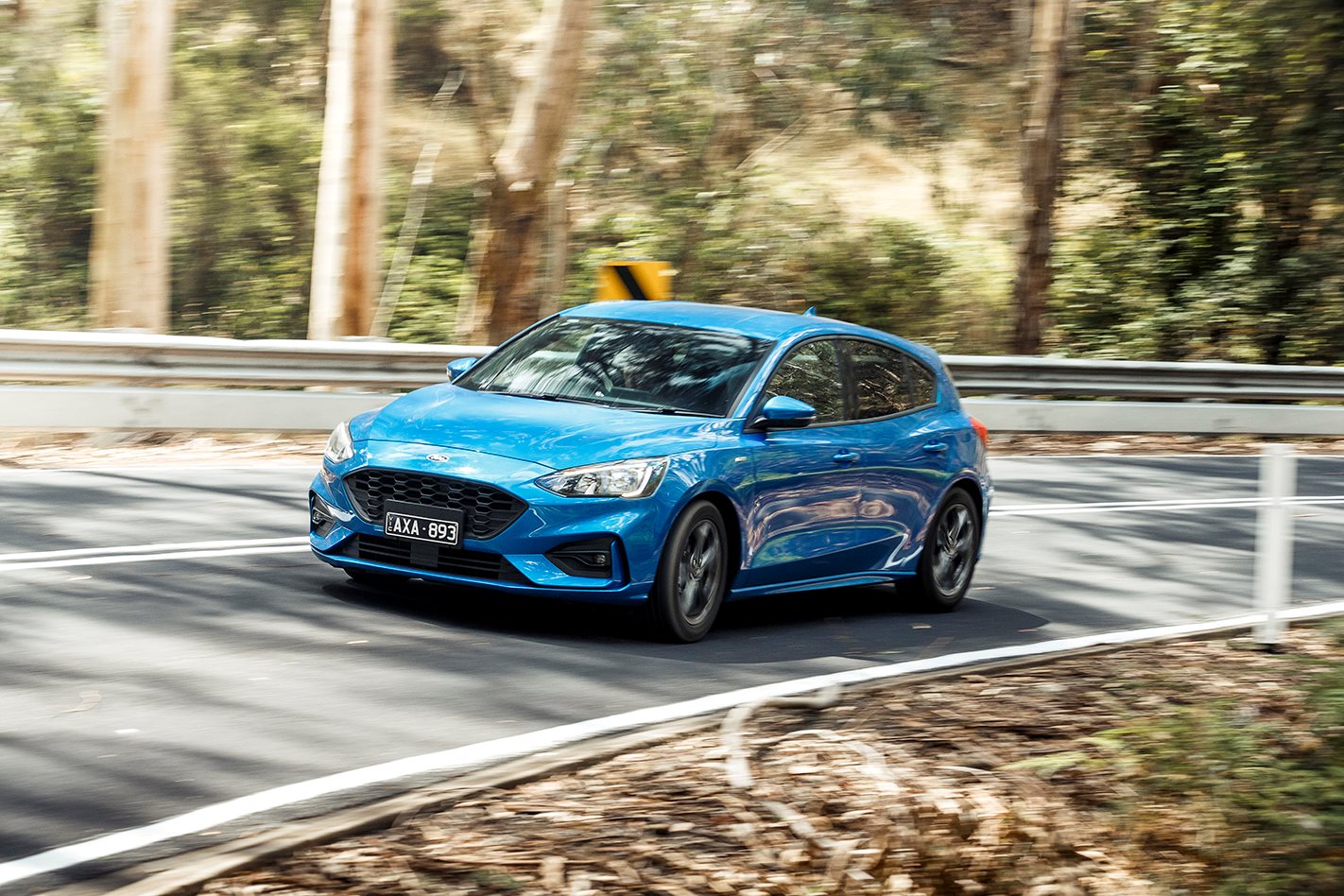 The Ford Focus is safe for now, but if you subtract performance cars like the Mustang and Fiesta ST it will be the last conventional passenger car in Ford’s local showrooms by the end of 2020.

“I think the industry as a whole is going through a big transition, and customers too in terms of what it is they use their vehicles for, and you can clearly see the move from passenger to SUV – and even to truck – in terms of the type of vehicle that customers are driving,” said Ford Australia boss Kay Hart.

“The Mondeo was a great vehicle, as was Fiesta, but they’re in too small a segment at the moment and customers are moving into the SUV versions of those and that’s where we’re best to invest. We have a few [Mondeos] left, but we’re transitioning out of it. ” 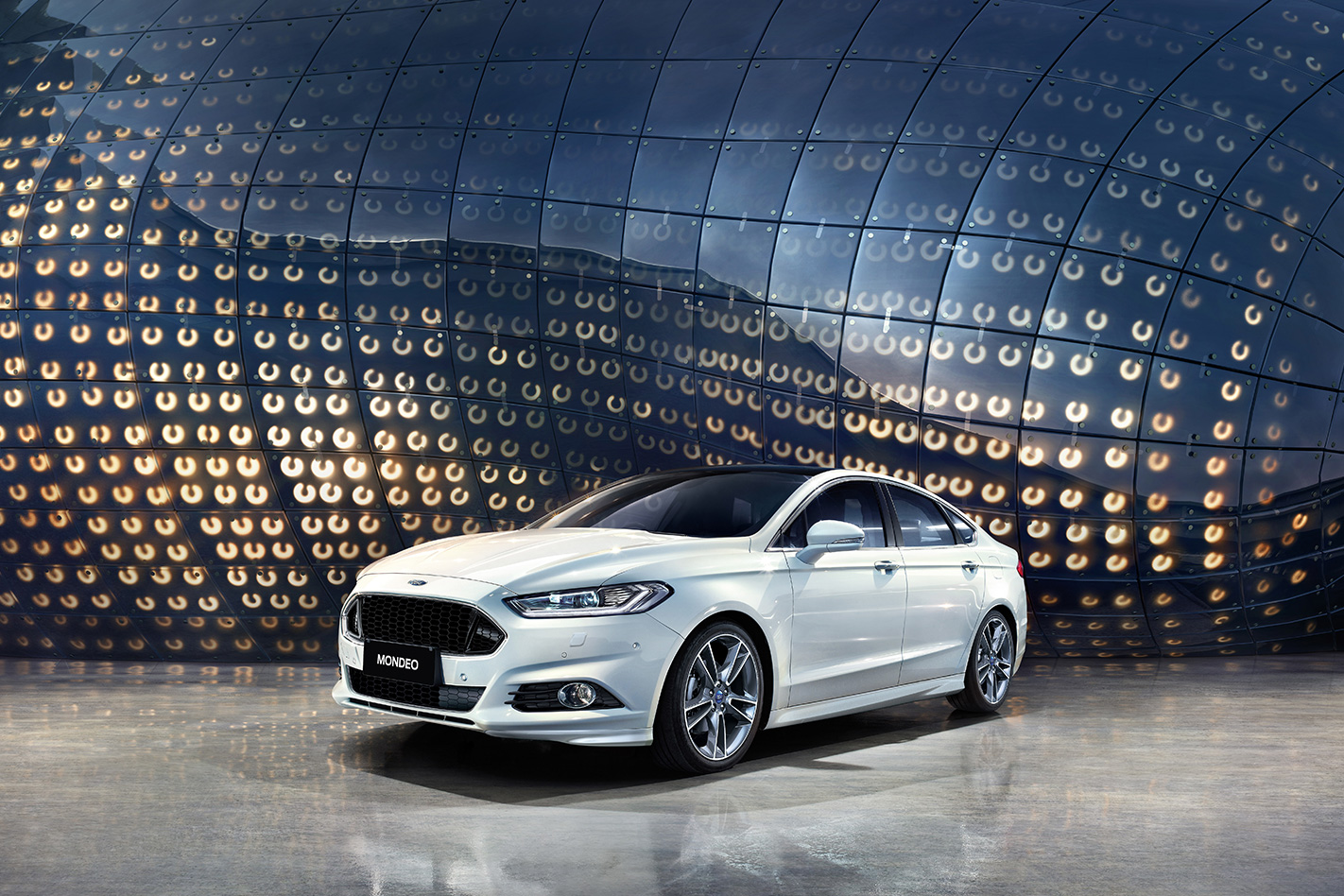 Asked whether Ford Australia would take the next-generation Mondeo/Fusion, Hart shook her head.

“We still believe right now there is a place for Focus here in Australia and we believe there’s a strong place for performance vehicles - passenger performance vehicles. But we’re closely monitoring if that’s the right play, and if that’s what the customers are looking for. Customers will tell us whether or not that is, or whether they are transitioning into a C-SUV or B-SUV.” 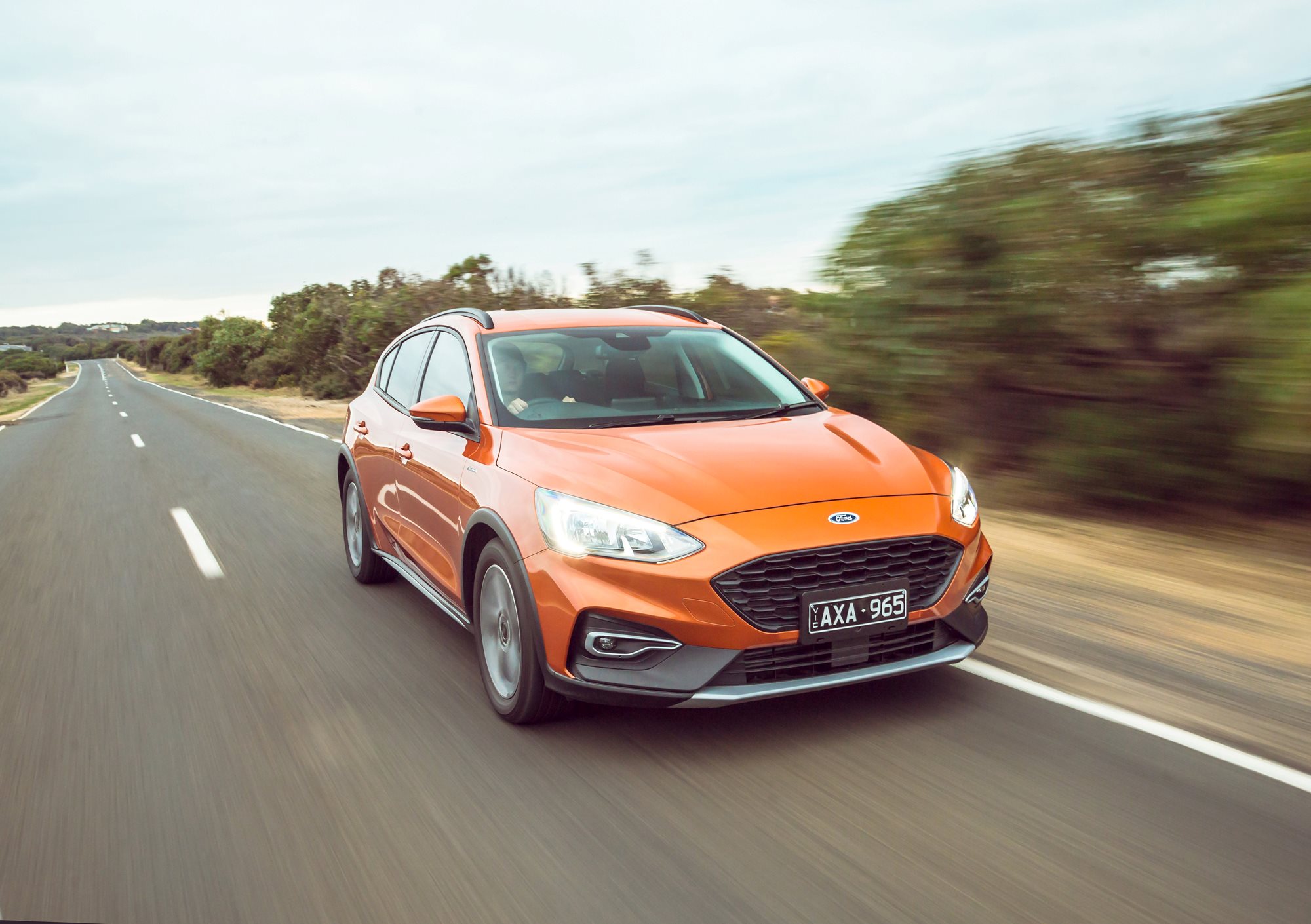 Ford also has the ability to play it both ways with the Focus, with the conventional five-door hatch being offered alongside the jacked-up Focus Active, which wears crossover styling yet retains a road-biased front-drive layout. Subaru is another manufacturer with a similar strategy in its Impreza hatch and XV crossover, the latter of which sells more than double the units as its nearly mechanically-identical hatchback sibling.

Ford will lift its presence in the small SUV space even further with the incoming Ford Puma, due here in late 2020 as a more overtly SUV-styled compact softroader. Based on the new Fiesta’s platform it’ll effectively take over from the departed EcoSport, and in the absence of the Fiesta will become Ford’s most compact local offering. 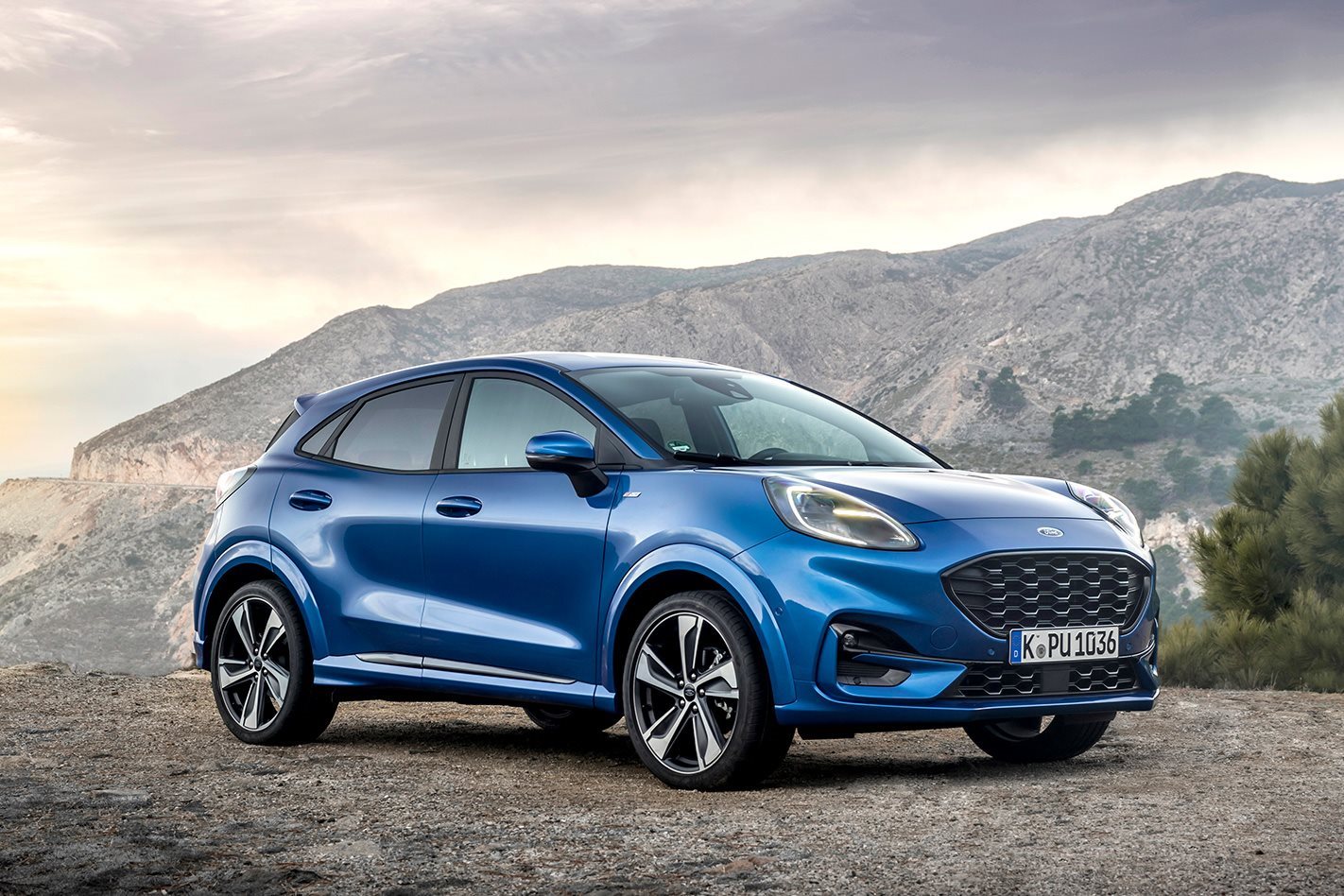 “At the moment we’re committed to Focus, but we’re definitely evaluating whether or not there is that continued shift out of passenger,” said Hart.

But as much as Ford says it’s following consumer demand – and we don’t doubt the validity of that – there’s also the question of profitability. It’s no small secret that light hatchbacks and small cars have slim profit margins (the former especially so), and stories abound of dealers actually making a loss on some light hatches at the cheaper end of the price spectrum in the hope that income can be clawed back through servicing and accessories.

But why sell cars that can’t deliver a profit on their own? 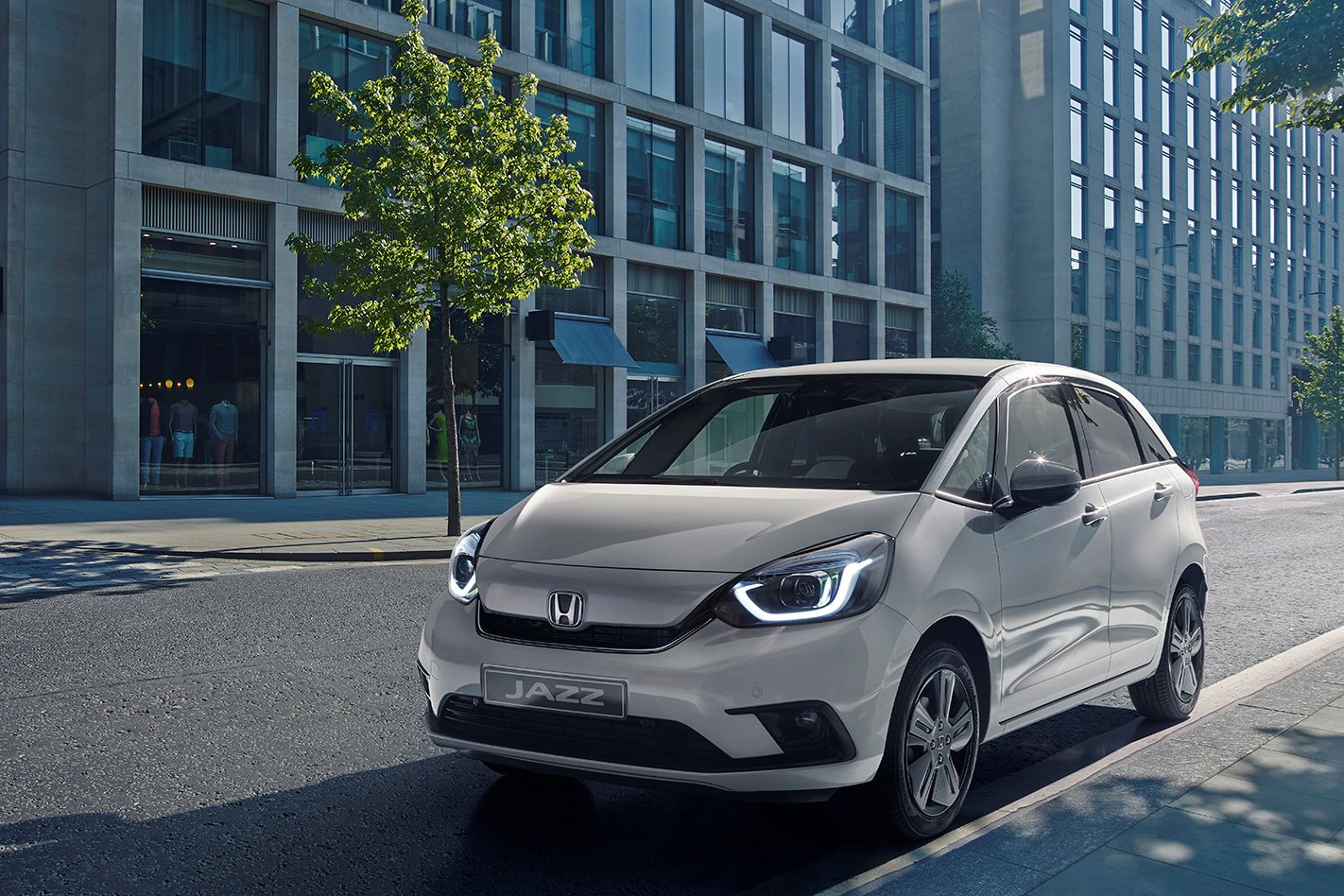 It’s a question that Honda is wrestling with right now, as it tries to formulate a business case for the next-generation Jazz.

“That segment is very, very challenging,” said Honda Australia managing director Stephen Collins at the launch of the new Accord late last year.

“It’s possible (it will be discontinued) because it’s a very challenging segment. It’s a full business model issue: it’s the cost of the car, where the segment’s at, where we can position the car. That’s what we’re juggling at the moment.”

READ MORE: Australia might miss out on next-gen Honda Jazz

For Honda, currency pressure is a major factor. With the bulk of its vehicles now sourced from Thailand (with the exception of the Odyssey that’s built in Japan, the NSX that’s built in the USA, and the Civic Type R that comes from the UK), the devaluing of the Australian dollar against the Thai Baht is reducing Honda Australia’s purchasing power with the factories that supply its volume-selling cars. 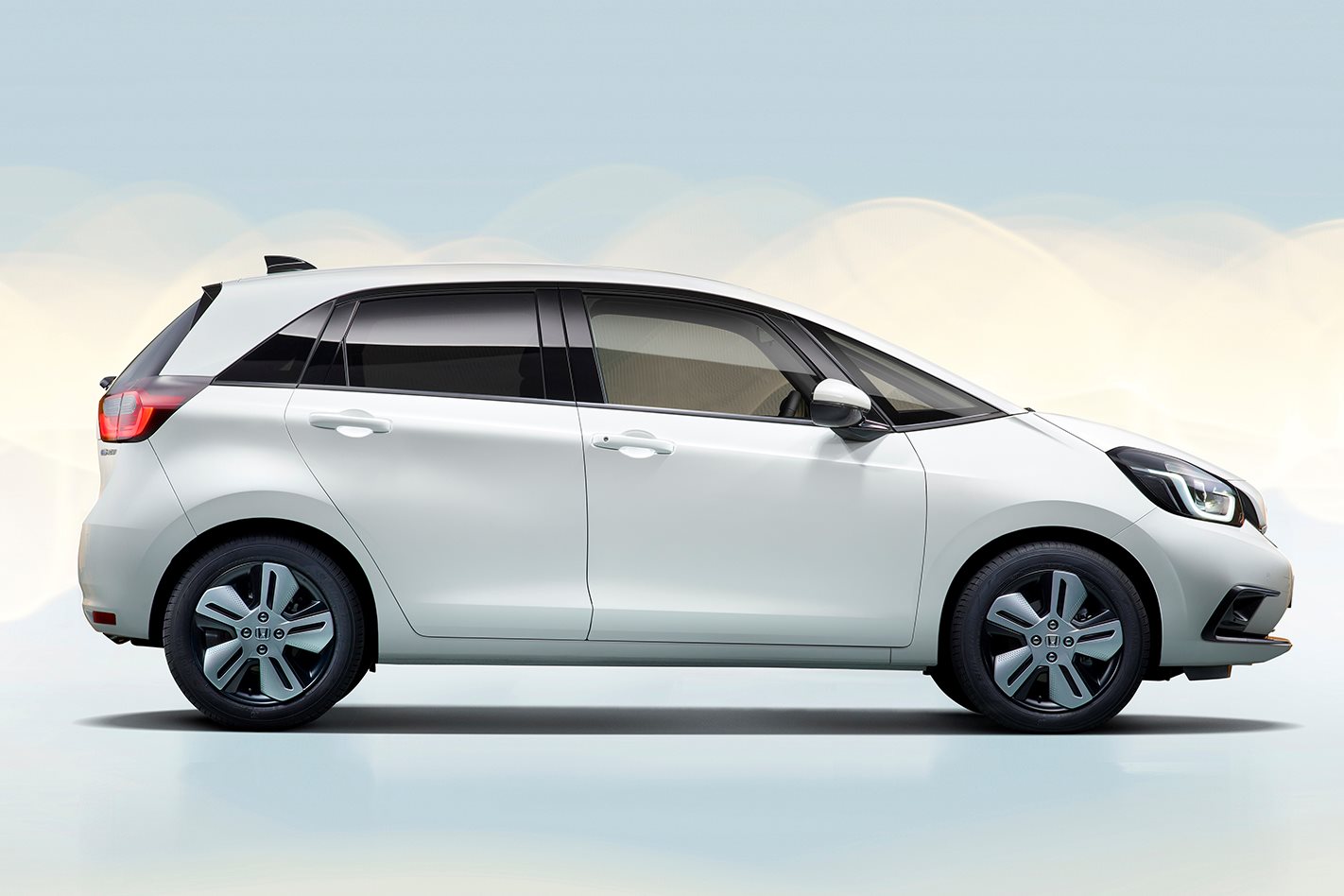 “It depends on your long-term assumption of where the Aussie dollar sits, but if it’s sitting where it sits today, I think those days [of $15K light cars] are gone,”

“I think the trend is clear that a lot of manufacturers are moving away from base grades and recognising that the light [car] segment is very challenging. For us when we’re buying 21 Baht to the Aussie dollar - whereas six years ago it was 30, a 35 percent deterioration - we think those days are gone unless it bounces back – and we don’t think it will bounce back.” 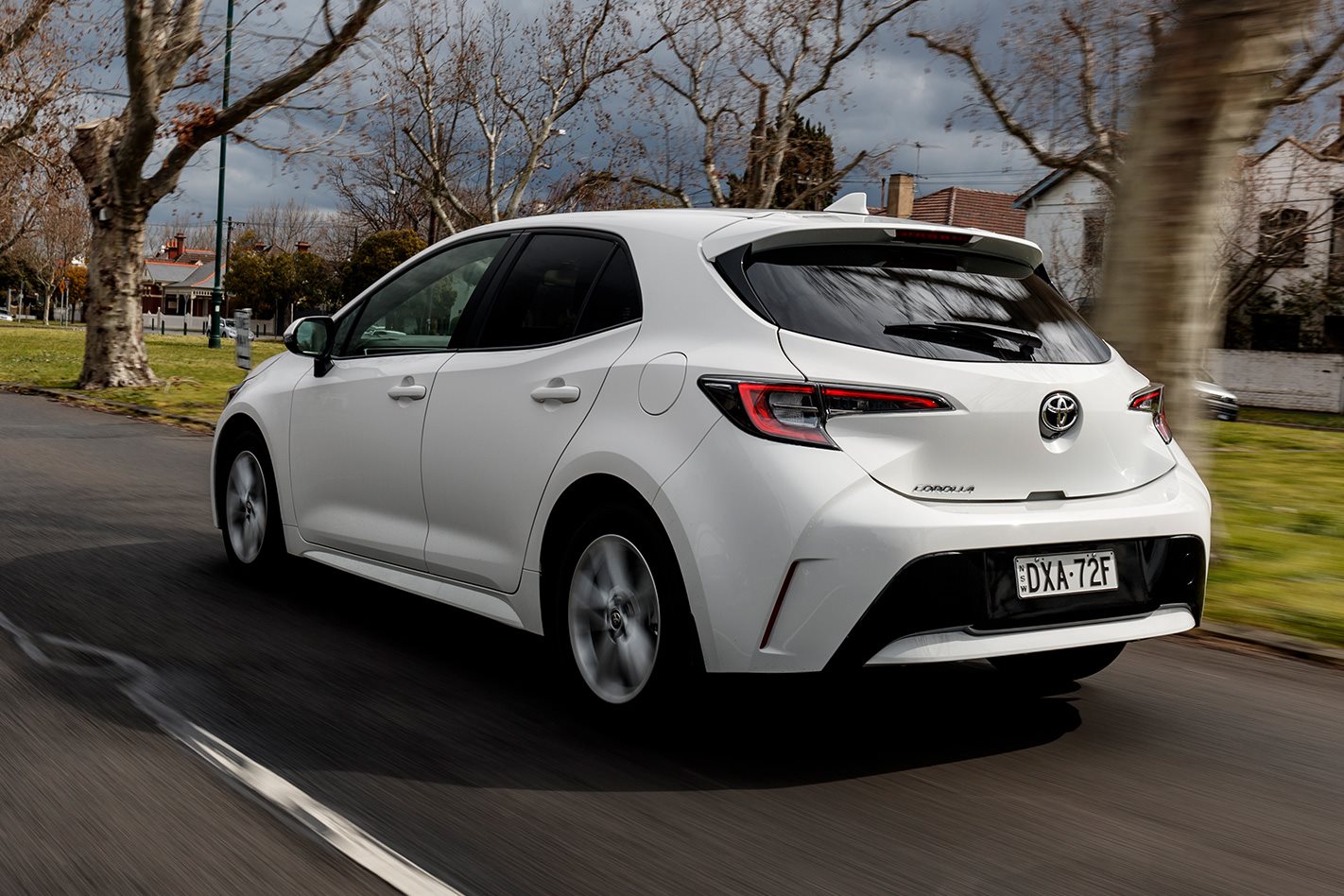 Japan-sourced product tends to have a similar problem. Toyota eliminated the base Ascent grade from the Corolla lineup when it launched the current generation, making the entry point the $23,335 Ascent Sport instead. Meanwhile Mazda introduced the all-new Mazda 3 last year with the base model represented by the $24,990 G20 Pure. Both say the higher-specced cars are what private buyers actually want, which is likely however, it’s also a convenient way to drop base models with poor profit margins.

Mazda also culled low-spec variants from the Mazda 2 light hatch range last year, boosting the price of entry beyond $20K for that model. This time last year, a base model Mazda 2 cost around $5000 less than that. Is Mazda gouging? We doubt it. Rather, those are the kinds of tough calls that need to be made for slim profit margin cars to be tenable. 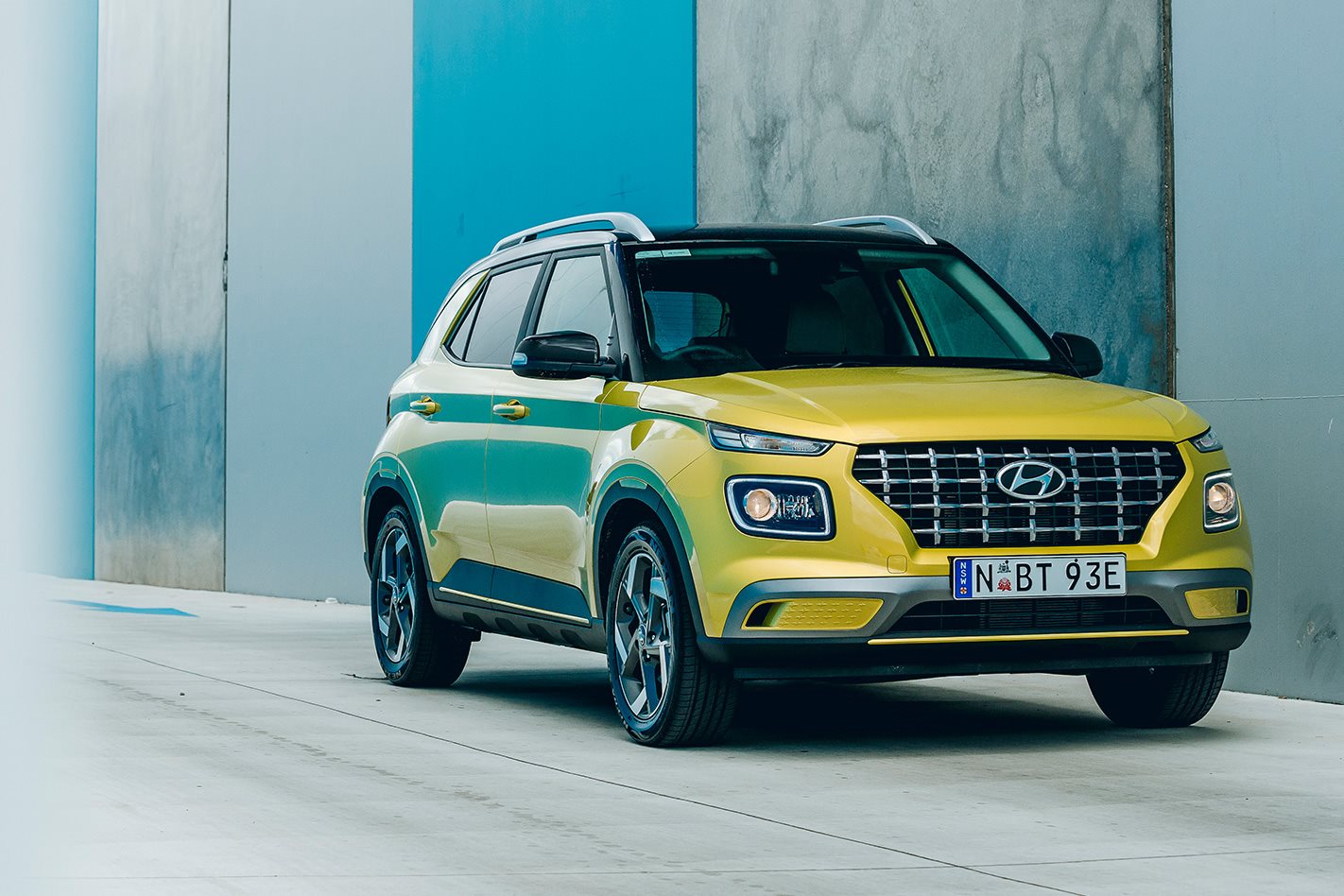 The only real exception, it seems, is with the Korean duo of Kia and Hyundai. Both retain a small car offering around the $20K mark, and Kia even has two cars in the light car category with pricing in the teens – the compact Rio, and the ultra-petite Picanto. Even so, Hyundai has eliminated the Accent light hatch in favour of the Venue compact SUV – a similarly-sized alternative that isn’t as cheap as the Accent that came before it, but offers up a more desirable SUV form to justify its pricetag.

And that’s likely why we’re going to see more SUVs in the future. Though generally carrying a premium over similarly-specified passenger cars with an equivalent ‘footprint’ (the area they occupy on the road), SUVs typically don’t cost much more to manufacture but can command a higher transaction price, and thus healthier profit margins. To use Honda as an example, the Jazz may be under threat, but the HR-V’s place in Honda showrooms is rock-solid.

It’s also a big reason why Ford is only bothering with the ST variant of the Euro-built Fiesta, which will arrive with a $31,990 sticker. 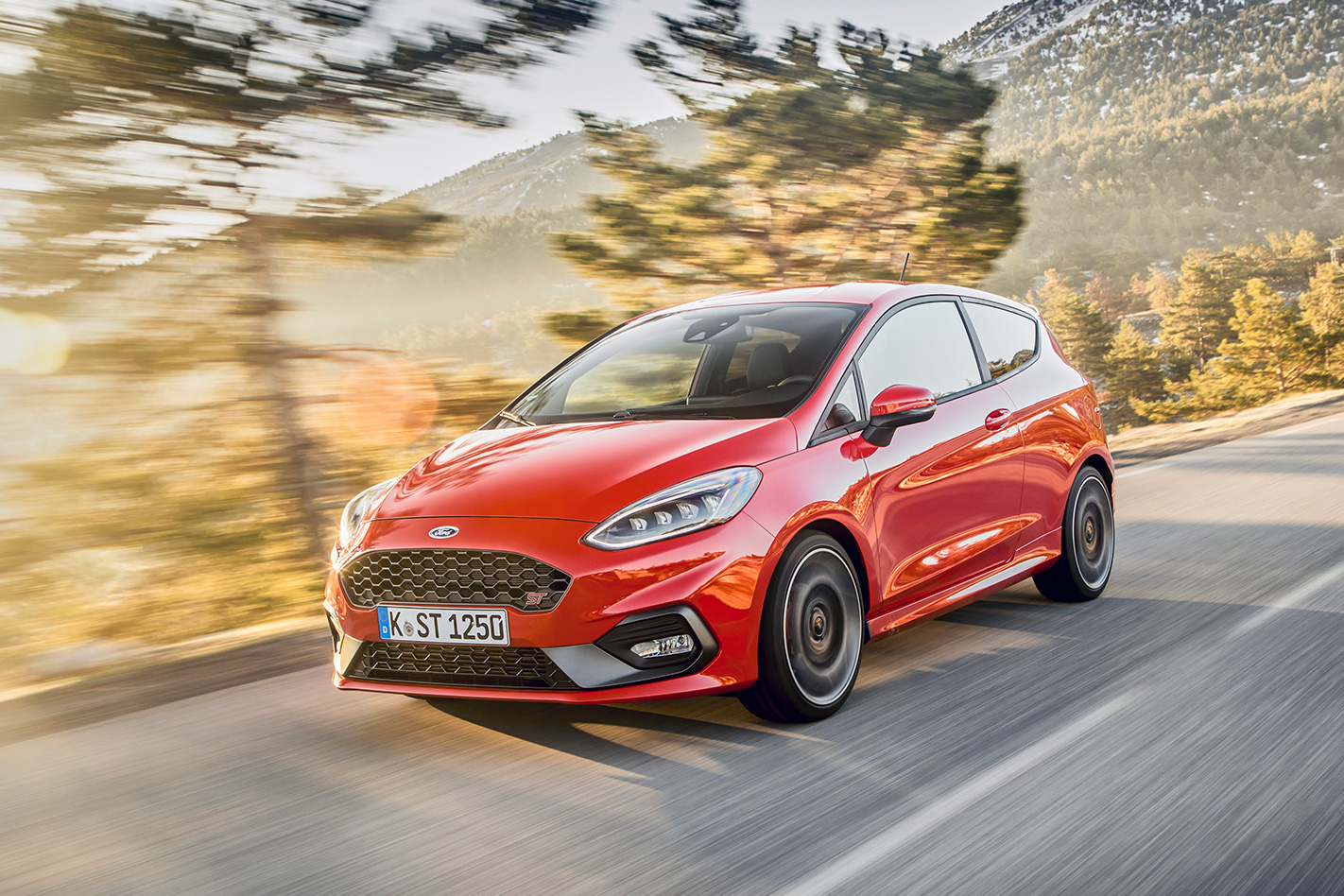 Another manufacturer that’s turned its back on passenger cars is Nissan, which waved goodbye to the Maxima, Altima, Pulsar and Micra long ago to focus on SUVs, the Navara ute, and sportscars. It hasn’t looked back since, and while the addition of the new-generation Leaf could be seen as a limited return to passenger cars, it’s far too niche to be a volume vehicle.

“Australia’s love affair with utes and SUVs has grown significantly in the past few years, and Nissan’s product line-up is well suited to this meet this demand,” said Nissan Australia spokesperson Karla Leach. 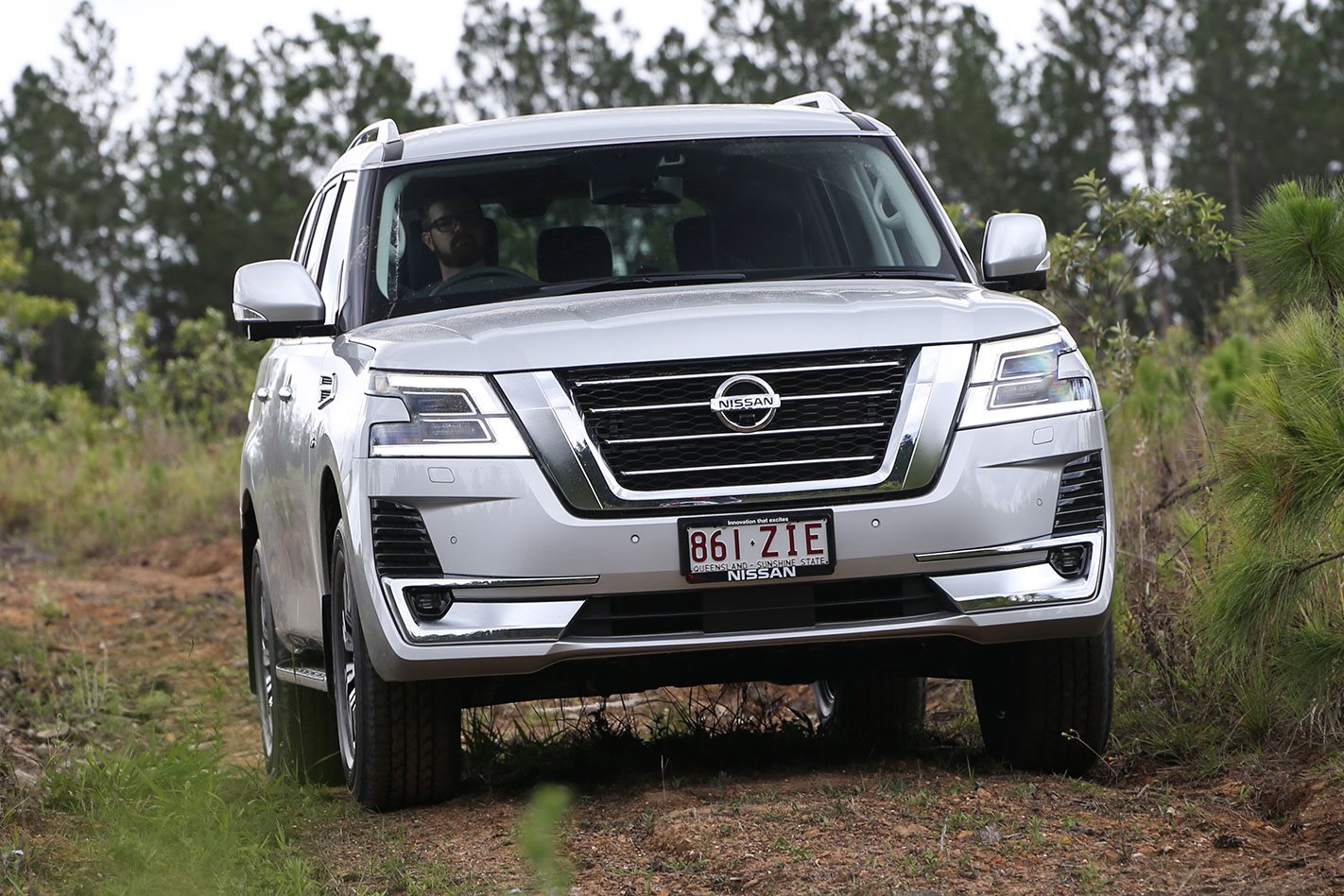 Will passenger cars ever make a comeback? Even if the buying public decided to vacate SUVs in droves, the critical question of profit is another hurdle that must be overcome. Premium sedans, wagons and hatchbacks have enough profitability to play with, but when it comes to the mainstream, it looks like the clock is ticking for cheap small cars. Get ‘em while you still can.