Finally. Official word for Australia on the new Ford Fiesta ST is here. Available now for months overseas, Ford Australia has finally let us in on what we can expect from the cheapest model in the Ford Performance range.

Coming to Australia now in only 5-door guise, the Fiesta ST packs the same 147kW and 290Nm as it does in other markets, from its diminutive 1.5-litre turbocharged 3-cylinder engine. It’s also only available with a 6-speed manual transmission. 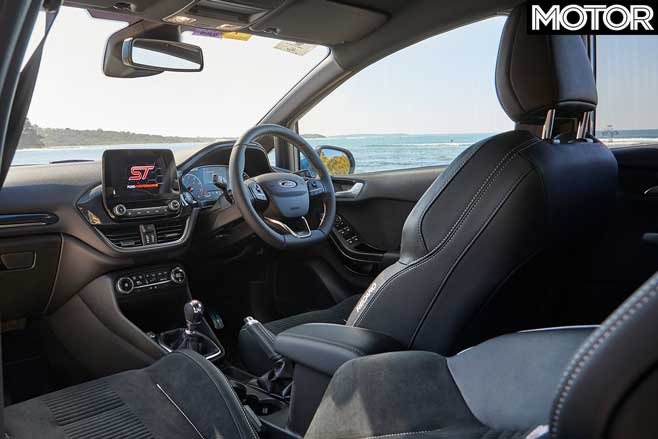 As Australia is accustomed to receiving high-spec cars as standard, the version of the Fiesta ST headed our way will be the ‘ST3’ spec, with the Performance Pack as standard kit.

This means all Aussie Fiesta STs will have a mechanical limited-slip differential and launch control, as well as force-vectoring springs which are designed to improve ride quality without sacrificing dynamic ability.

It’s that level of standard specification (plus the performance that comes with it) that is bound to help the new Fiesta both move the game on from the previous, highly-regarded generation, and also create a level playing field with rivals such as the Volkswagen Polo GTI. 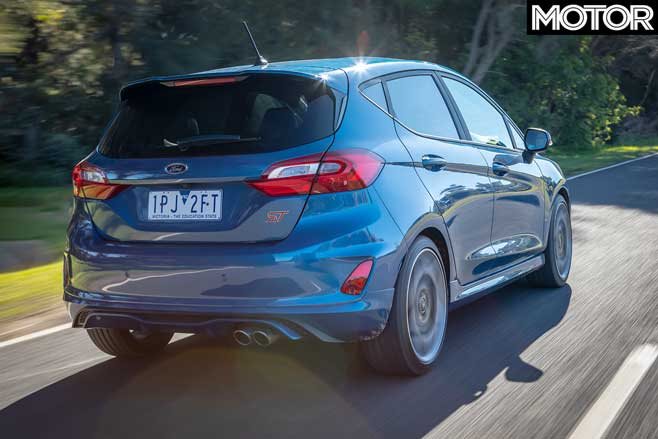 Oh, yes. The Fiesta is taking aim at the VW’s baby on Aussie turf, not only with its performance, but also with its price. The more premium interior and higher-spec car also comes at a higher price than its predecessor.

At $31,990 before on-road costs, the Fiesta is dollar-for-dollar with the Dub GTI, though there are also a couple of extra-cost options on the Fiesta which could make it a $35,140 deal. The panoramic sunroof is a $2500 option, not that the ST needs it. 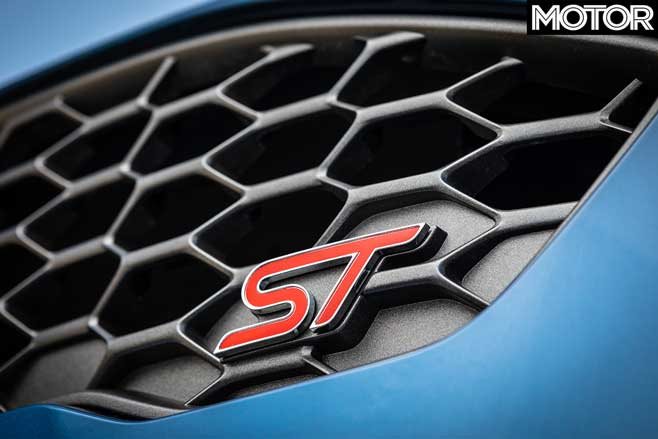 Additionally, the only colours that cost nothing are red and white, as the hero colour of Ford Performance Blue (and Agate Black, Magnetic Grey, plus Moondust Silver) costs an extra $650.

Ford Australia is expecting it to arrive in Q1 2020 for a February/ March launch. 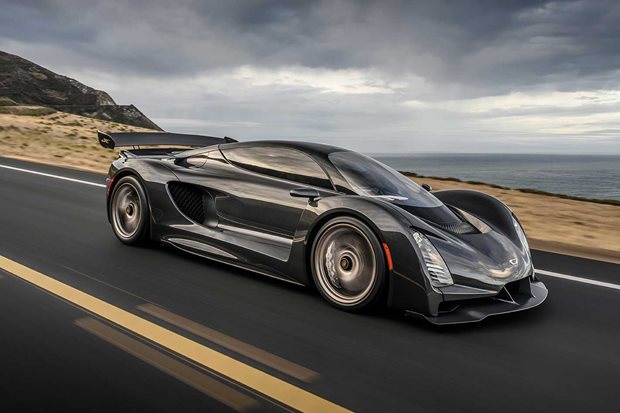 It’s got a name like a spicy chicken burger, but its specs are spicier than that 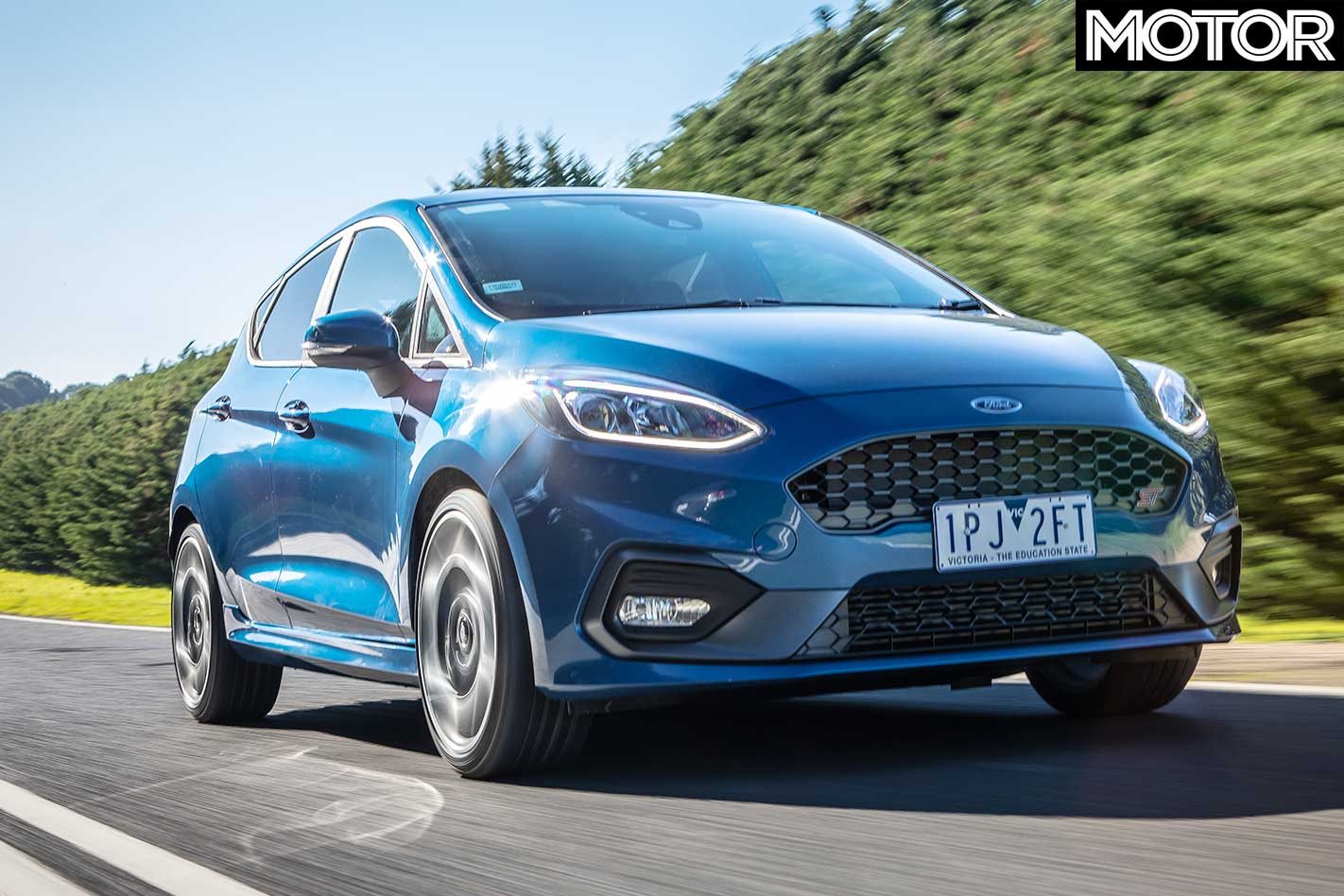 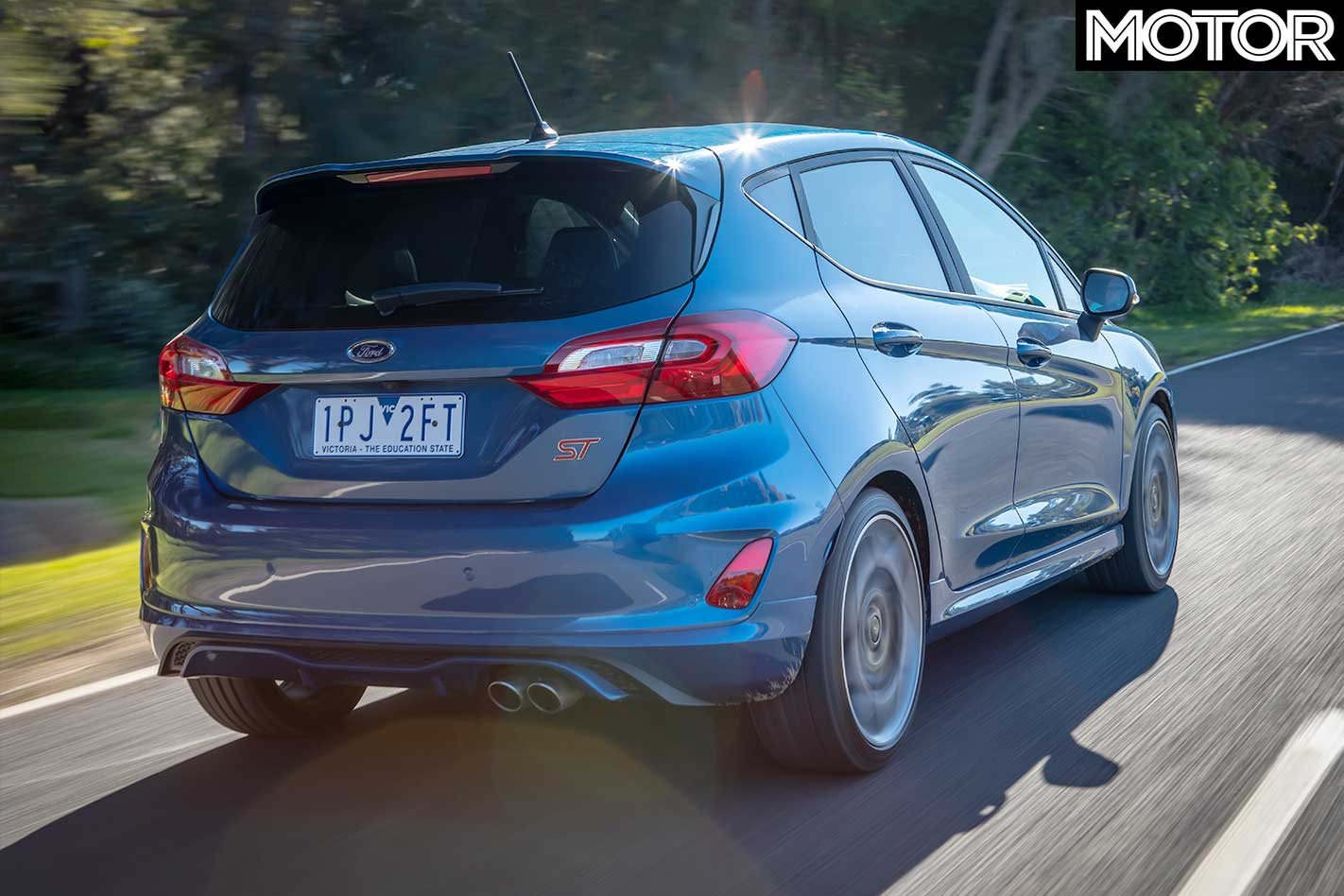 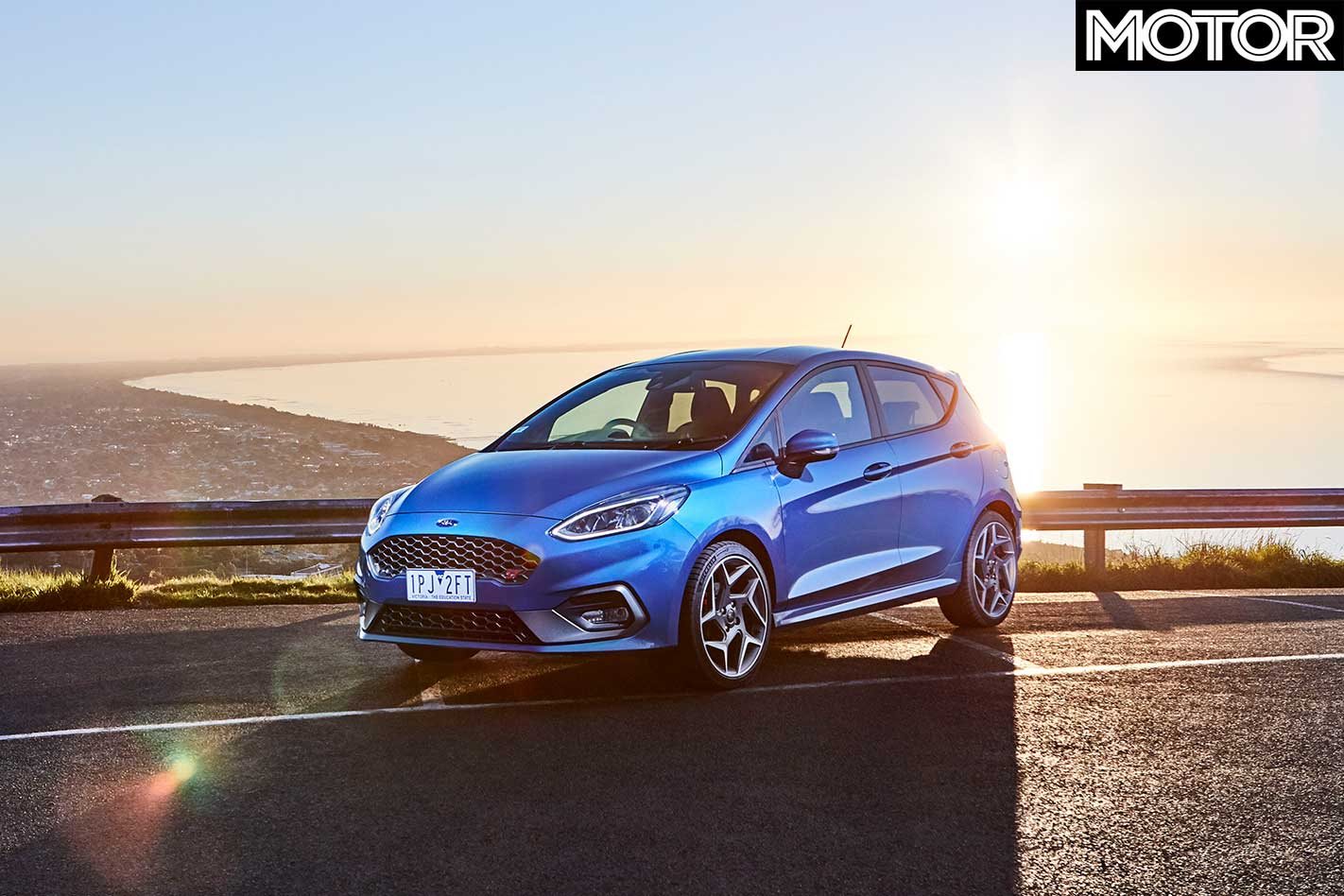 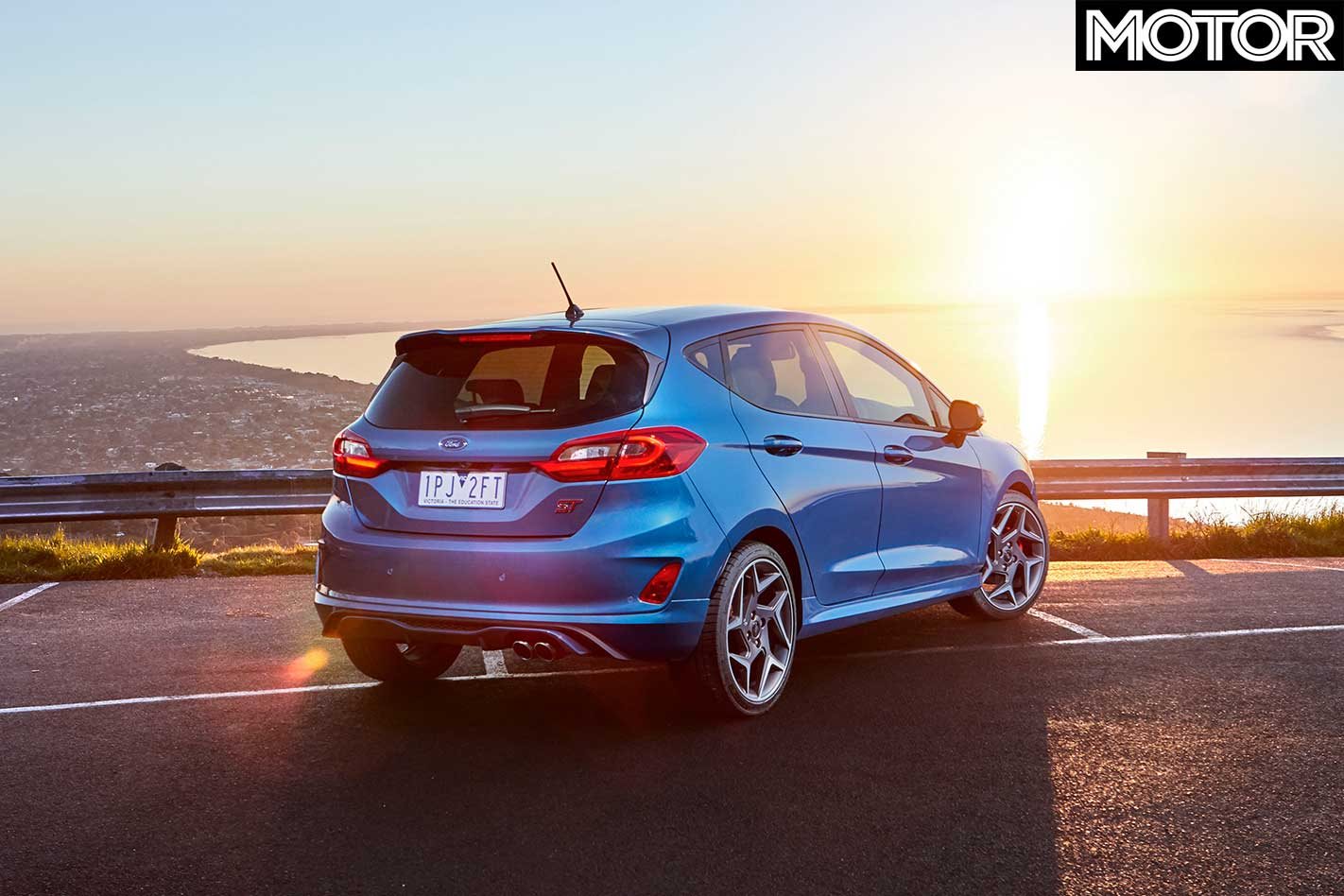 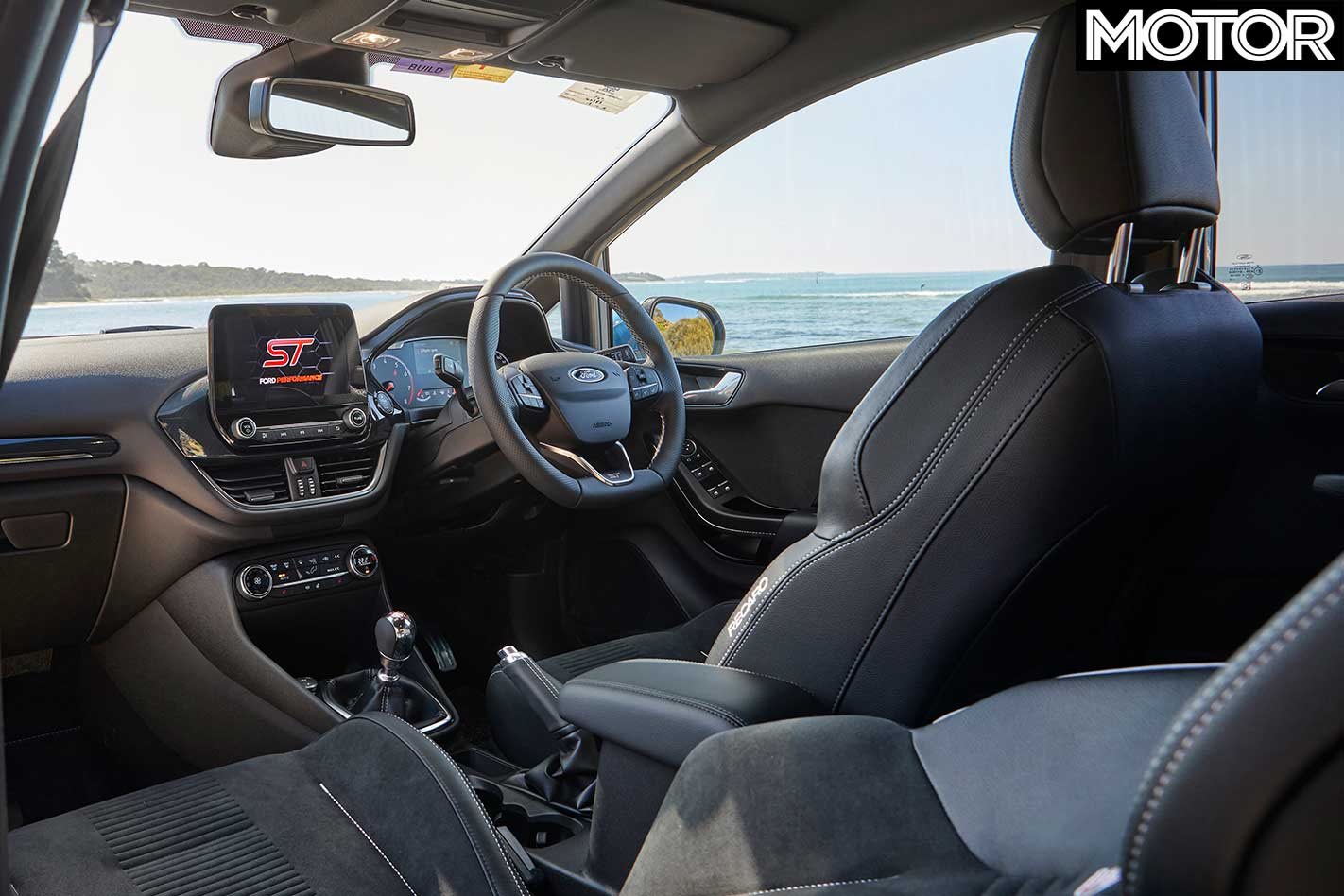 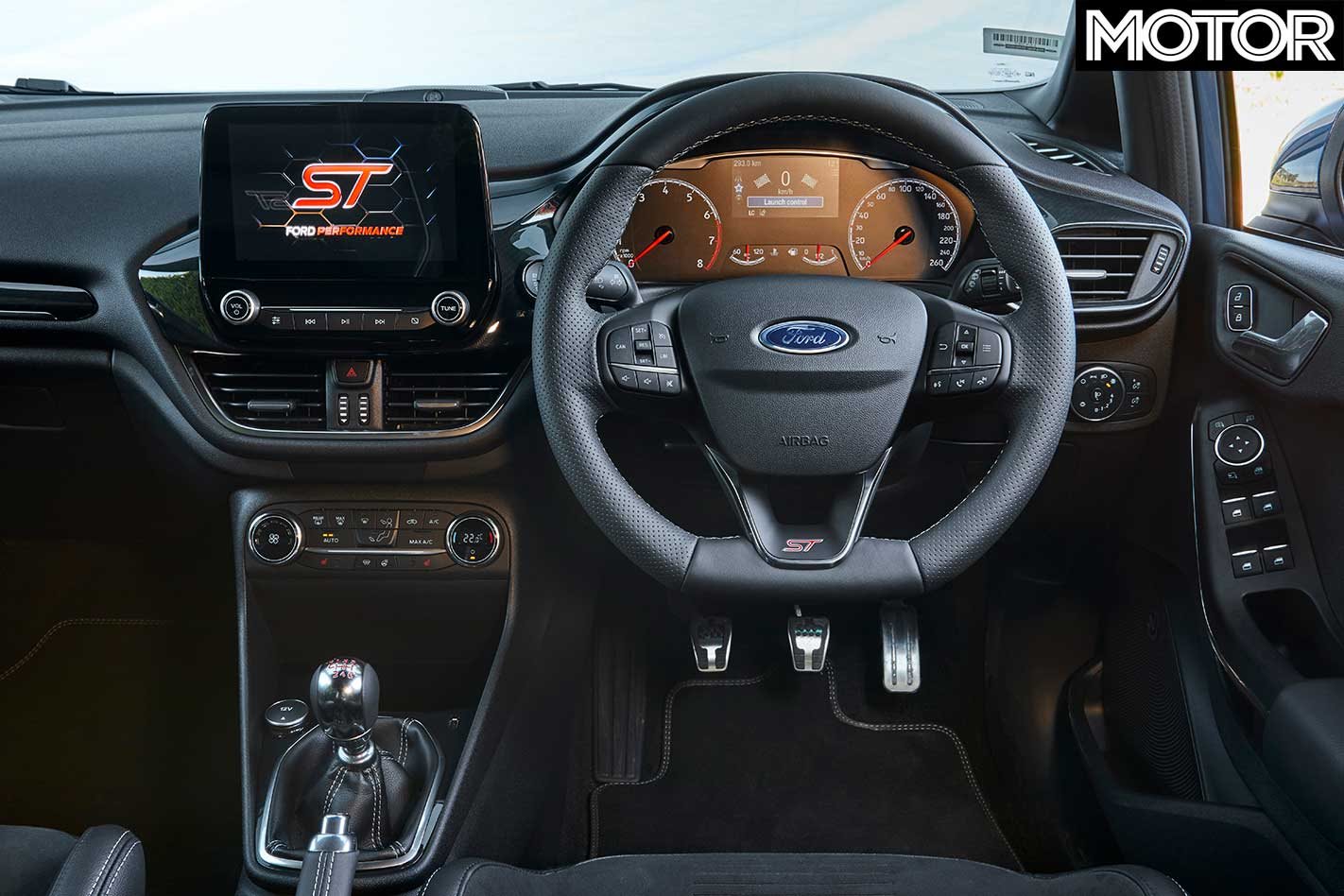 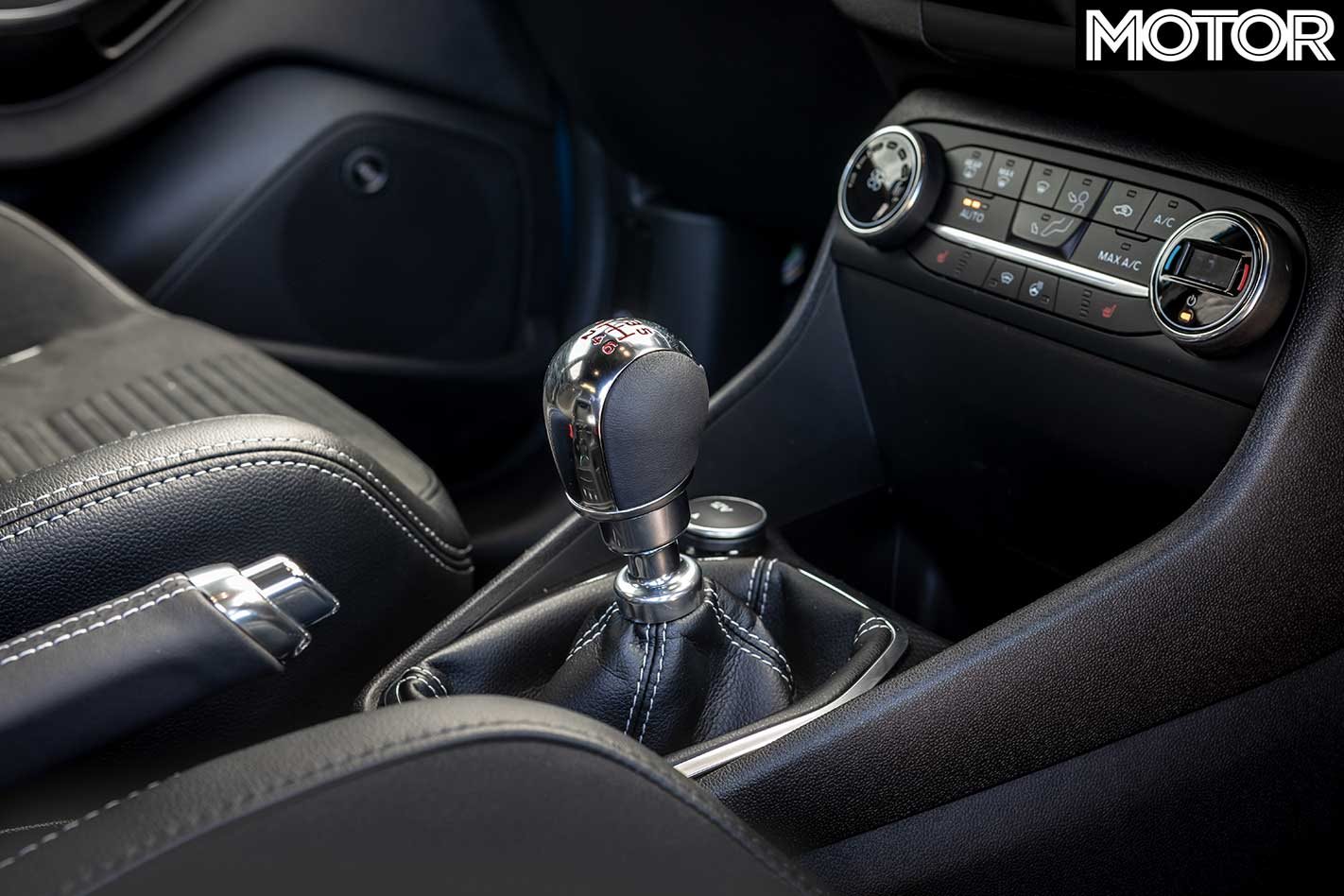 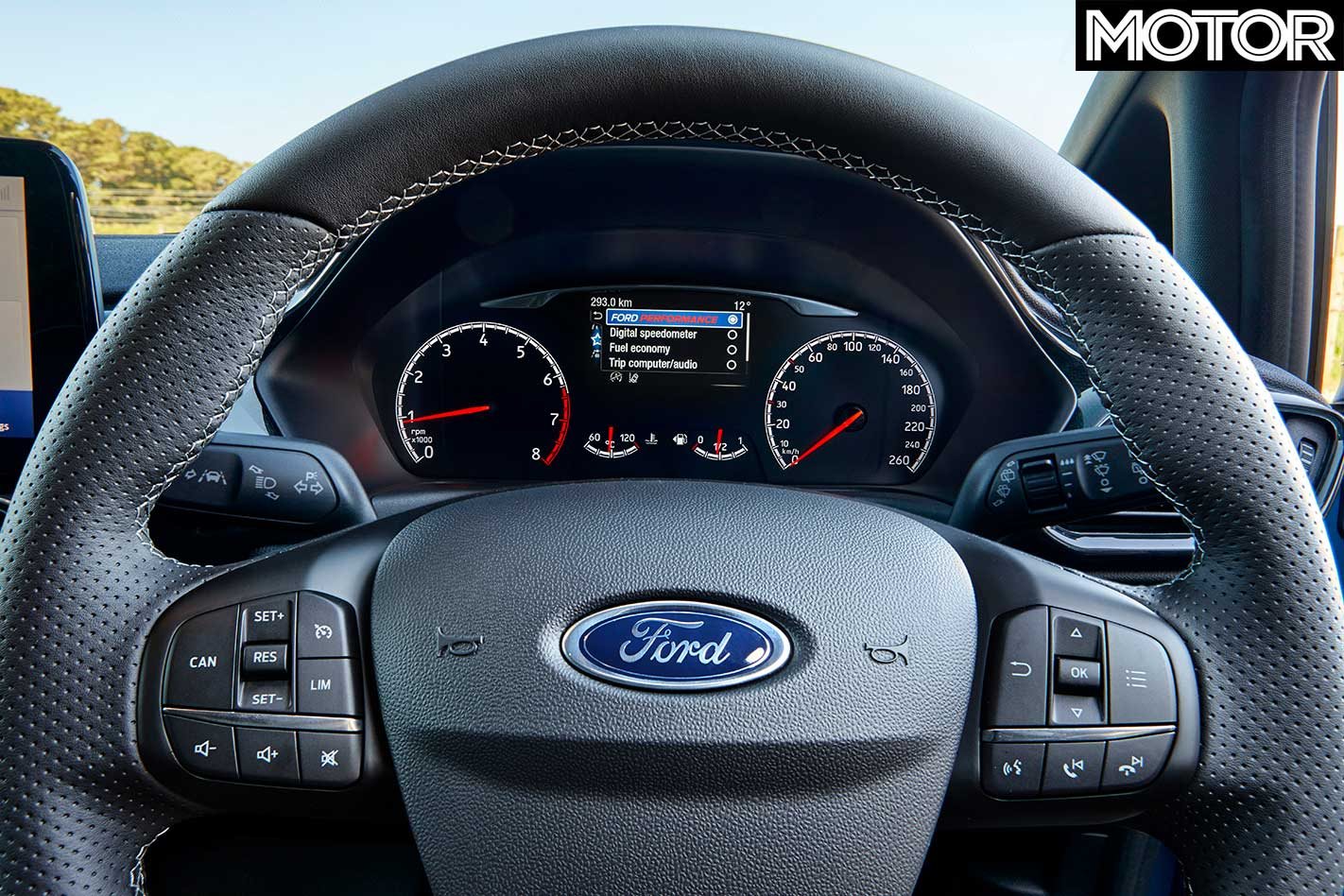 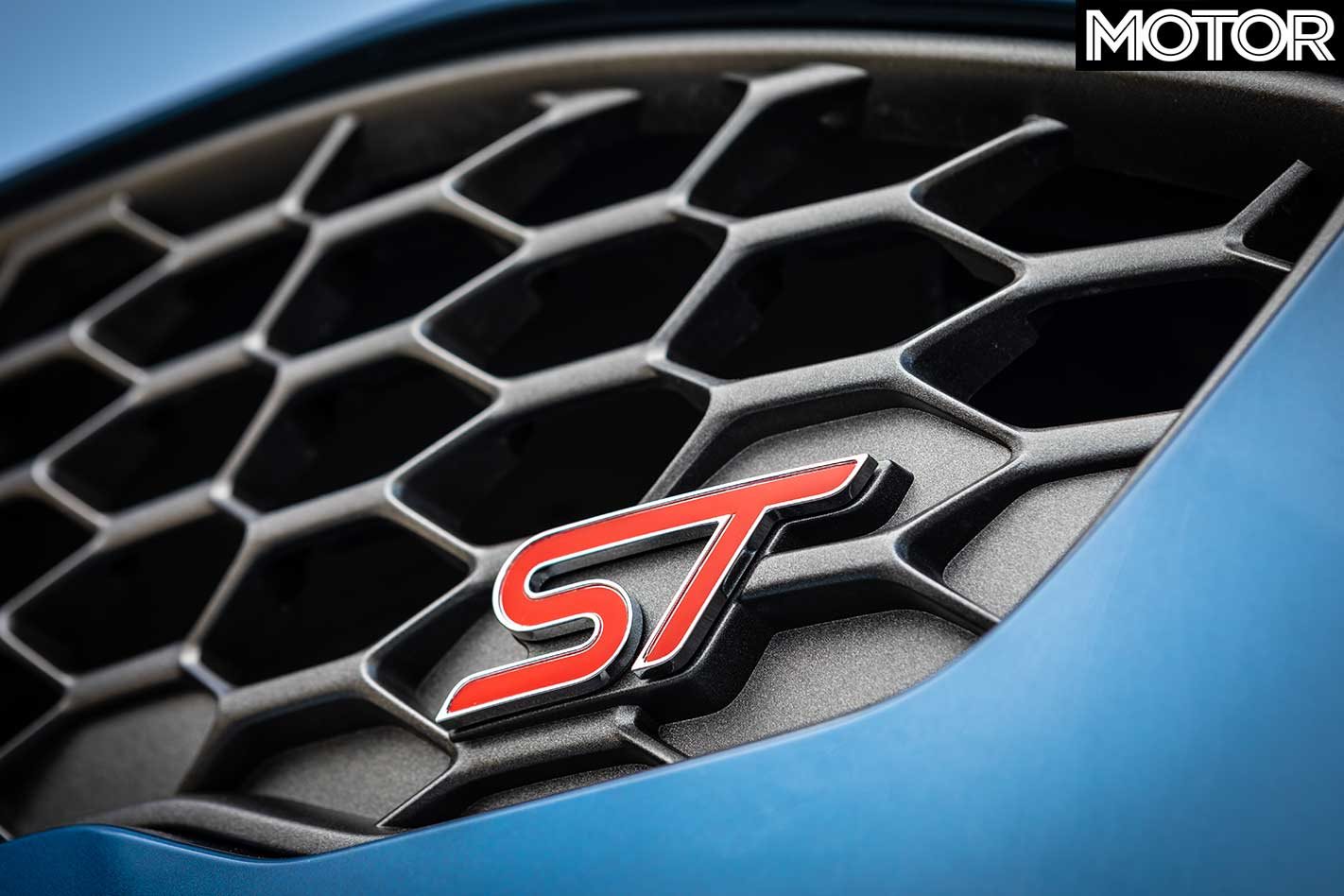