Remember when hot hatchbacks felt like a break from the rigorous commercial norm of the car business?

The modern descendants of these cars might still be fun to drive but, at least as far as the industry is concerned, they’re now not only serious cars, but also serious money-making machines.

Being seen as key ‘brand-builders’ by the companies producing them, hot hatches are now, ahem, hot property. So much so that critical acclaim and buyer demand persuaded Ford Australia to ship in the new, third-generation Fiesta ST from Germany.

For quite some time it was looking like we’d miss out altogether Down Under. As a result of its global popularity, it’s evident that time and effort has been lavished on it by in-house tuning department Ford Performance.

Coming along just a year after the launch of the seventh-generation Fiesta hatchback on which it’s based, the new ST has a list of hardware upgrades and performance features more lengthy and impressive, in many ways, than that of the car with which ‘Team RS’ built its modern reputation: the 2002 Focus RS.

That it’s the first fast Fiesta to be available with a helical limited-slip differential for its driven front axle will be the headline-grabbing titbit plucked by many from its specification sheet (it’s expected to be standard in Oz and supplied by Quaife).

But this is actually a car with so much new and interesting technical content that it is worth its own study.

The car’s departure point is a Fiesta chassis braced in key areas on the underside of the body-in-white, which is itself 14 per cent more rigid than that of the standard car. The new ST also has the fastest steering rack and the stiffest torsion beam yet to be fitted to a performance Ford.

It has particularly interesting suspension, too. Frequency selective dampers from Tenneco feature front and rear. They are double-valved in order to better handle both high- and low-frequency inputs than a conventional passive damper could, but they’re not ‘adaptive’ as such – just clever.

Moreover, Ford fits asymmetrical, directionally wound springs onto the car’s rear axle, which are in effect bent into their fittings in order to apply a stabilising lateral force onto the rear wheels as well as performing the usual load-bearing job.

The springs address a key problem that hot hatchbacks with twist-beam rear suspension have always had: that, in order to effectively locate the rear axle and deliver top-level handling precision, you have to fit very rigid suspension mounting bushes which have a detrimental effect on the ride.

These ‘torque vectoring’ springs, says Ford, do as good a job as a Watt’s linkage in solving that problem and permit the fitment of much softer bushes. Additionally, they’re also significantly lighter than a Watt’s linkage would be.

The Fiesta ST has a dedicated front hub design of the sort becoming common among cars of its ilk. It has allowed Ford to lower the car’s ride height without lowering its front suspension roll centre too much, and it keeps control of front kingpin angle and wheel offset as necessary in order to avoid too much torque steer and bump steer.

The spring rate is slightly higher than that of the outgoing car but, as the engineers behind the car’s chassis development will tell you, the new damping and bushing in combination contribute to a more mature, rounded feel to the new car’s ride. It was also achieved without taking the all-important playful dynamic balance and cutting-edge response away from the handling.

Those engineers will also tell you that while they loved the last Fiesta ST, it certainly had a yobby, antisocial ride that they simply couldn’t justify transferring directly onto this new version.

But before you doubt them, these are the same engineers who, half way through the development program, sent the Pilot Sport 4S tyres originally intended for the car back to Michelin and insisted only grippier Pilot Super Sports would do.

The ST’s new engine is one about which, I dare say, you may already have read: an all-aluminium, three-cylinder, 1.5-litre turbocharged motor which gives the car identical peak power and torque figures to those of the outgoing ST’s 1.6-litre four-pot.

However, it can also deactivate its middle cylinder and run on 66 per cent of its normal swept volume in conditions of light load. That’s a three-cylinder engine capable of running on two: a car industry first. Upshot? A 20 per cent improvement on lab-test fuel economy and CO2 emissions compared with the old ST.

Perhaps of more interest, the new motor is also lighter than the one it replaces. This is also the first Fiesta ST to have selectable driving modes: Normal, Sport and Track.

As you cycle through them, that engine gets fruitier and fruitier-sounding as its active exhaust and engine sound synthesising system combine to bring additional layers of noise. There’s a distant flavour of the original five-cylinder Focus ST both about the way this engine warbles and its torquey mid-range feel.

I’m not totally sold on the time it takes the crankshaft to slow down from high revs, I have to say (it’s a function of the counterbalance measures that three-pots need in order to run smoothly at low engine speeds). Can’t help wondering, either, how much faster the engine would spin, and how much more power it would develop, if Ford dropped the flywheel completely.

Still, perhaps that’s just me. All in all, there’s certainly plenty of urgency, plenty of character and, in spite of the torque, a likeable willingness to rev.

In lots of ways the Fiesta feels like the car it replaces: it has meaty, fixed-ratio steering with which it’s easy to gel in spite of its pace, as well as supreme handling response and brilliantly flat body control.

But the way it rides is something else. Having only driven the car at a test track I can’t tell with certainty how it might deal with Aussie back roads, but there’s quite a lot more suppleness and ride dexterity here than there used to be.

Over what lumps and bumps I could find on our test drive, over which the outgoing ST’s dampers might have bristled and its body fidgeted, the new model’s suspension just sucks up the punishment and lets you get on with it.

Perhaps more importantly, on surfaces over which drivers of the old ST might have felt the need to apologise to their passenger for the selfishness of their buying decision, I suspect you won’t in the new one. And that’s a bit of a revelation: a Fiesta ST that passes the partner/mother-in-law test. Hurrah.

Equally brilliant is the car’s handling – although that much we expect of a Ford Performance product. The ST feels a shade more precise in its steering response than the last one did, turning in more crisply, gripping harder and staying slightly truer to your intended path than its forebear did as the lateral load builds into the rear tyres.

It’s certainly capable of carrying more cornering speed than the old car and it has a bit more mid-corner stability, while traction on corner exit is subtly, but notably stronger than it was thanks to the machinations of that Quaife limited-slip diff.

But fear not: the car is still a barrel of fun when you disengage the stability control and unload the rear axle. On a trailing throttle, the Fiesta can be teased into easily tamed oversteer more dependably and willingly than any other hot supermini I can think of.

Its handling balance and adjustability remain exceptional, and in a way that speaks volumes about the philosophy of chassis engineers who think a front-drive performance car that isn’t sensitive to controllable lift-off oversteer just isn’t worth their time and who can’t understand why so many of their rivals seem to be so afraid of the phenomenon that they try to engineer it out entirely. Lucky for Ford, I guess, that they are.

Given how many new arrivals have lately come into the market niche that the last Fiesta ST so plainly bossed, and how short our initial test drive was, we’ll leave the ultimate decision as to whether this car is another Ford Performance worldbeater for another day. It has to be right up there. And it’s none the worse as a driver’s car for what’s plainly an attempt to give it a broader sales appeal.

When this year’s best affordable performance cars are measured, the Fiesta ST will take some beating.

Yet to be released in Australia, the next-generation Polo GTI grows up in just about every respect. It’s physically bigger and gains more power and torque (147kW/320Nm) thanks to a detuned Golf unit. The stakes have been raised.

LIKE: Perky three-pot turbo; playful dynamics; cabin upgrade
DISLIKE: It won’t be here until next year; how much will it cost?
RATING: 4.5 out of 5 stars 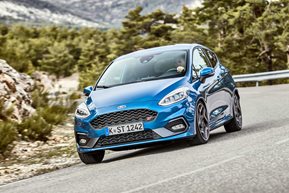 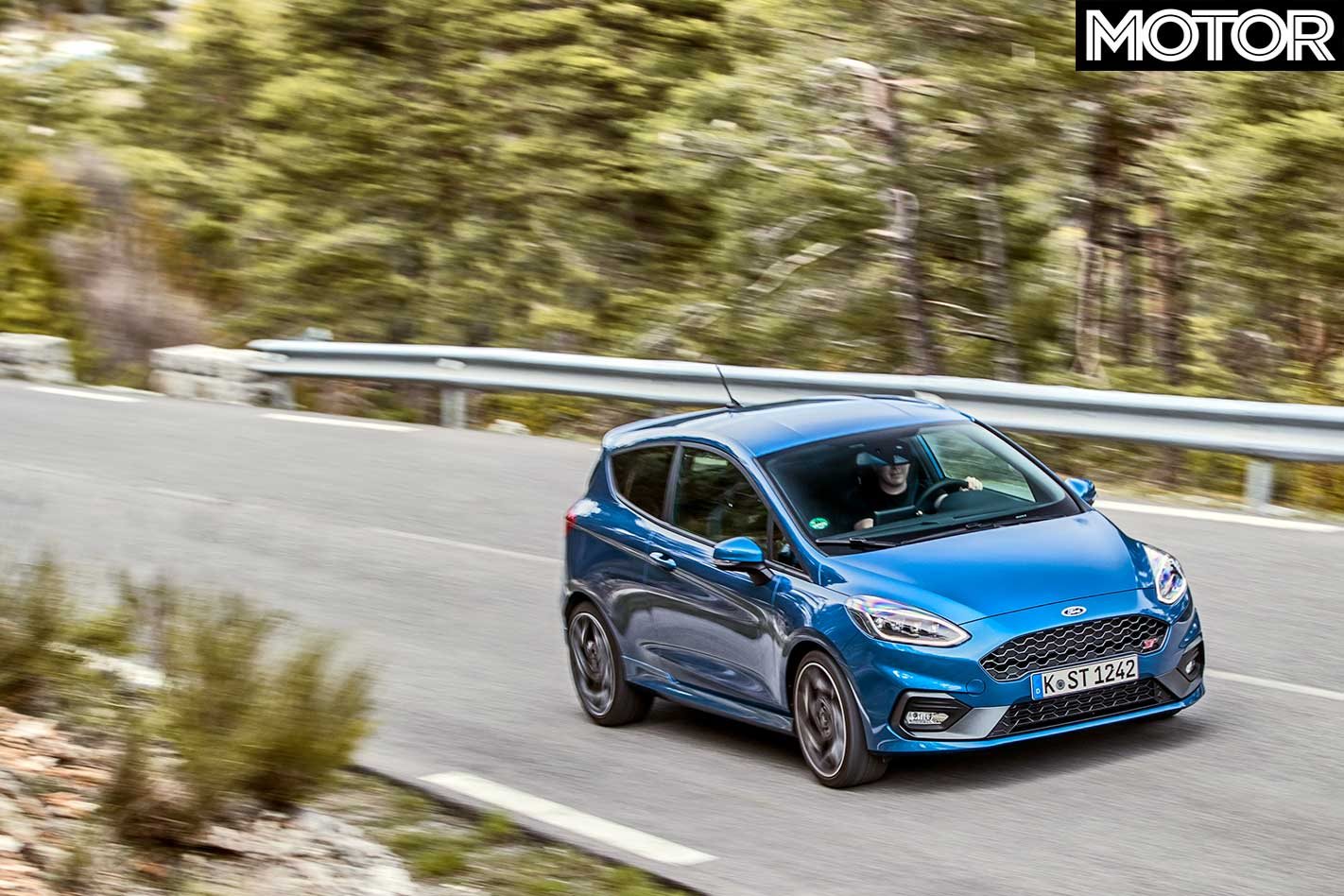 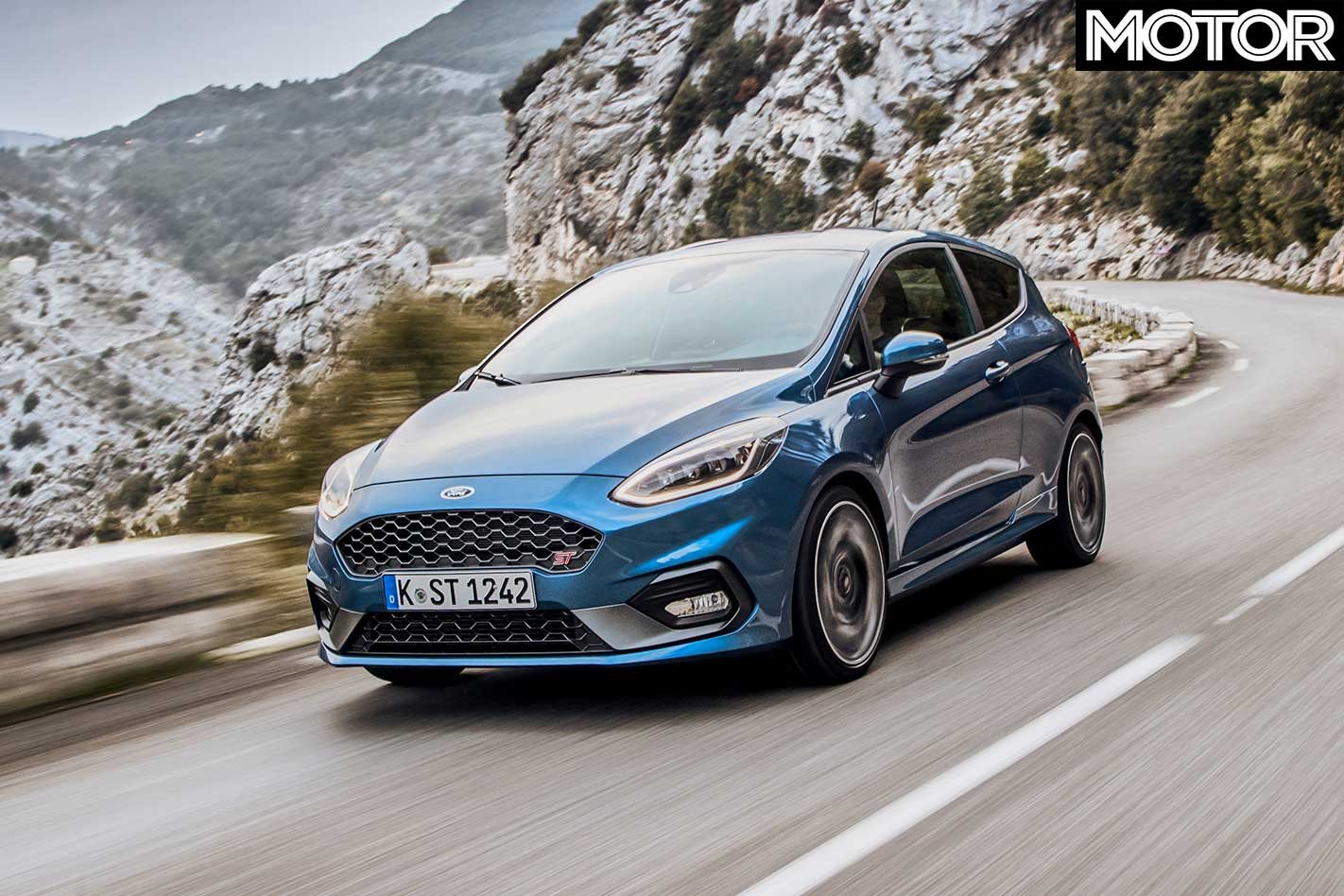 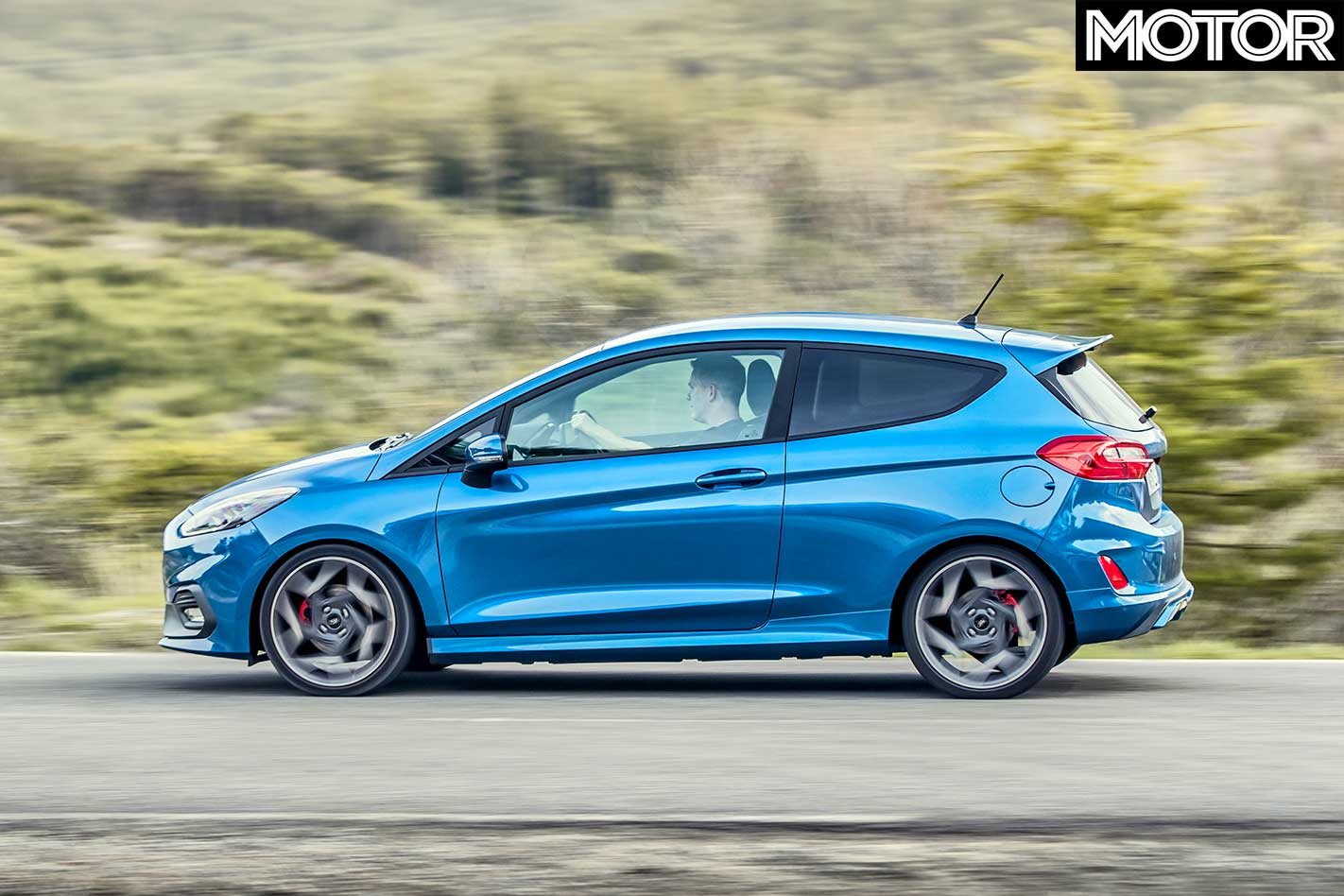 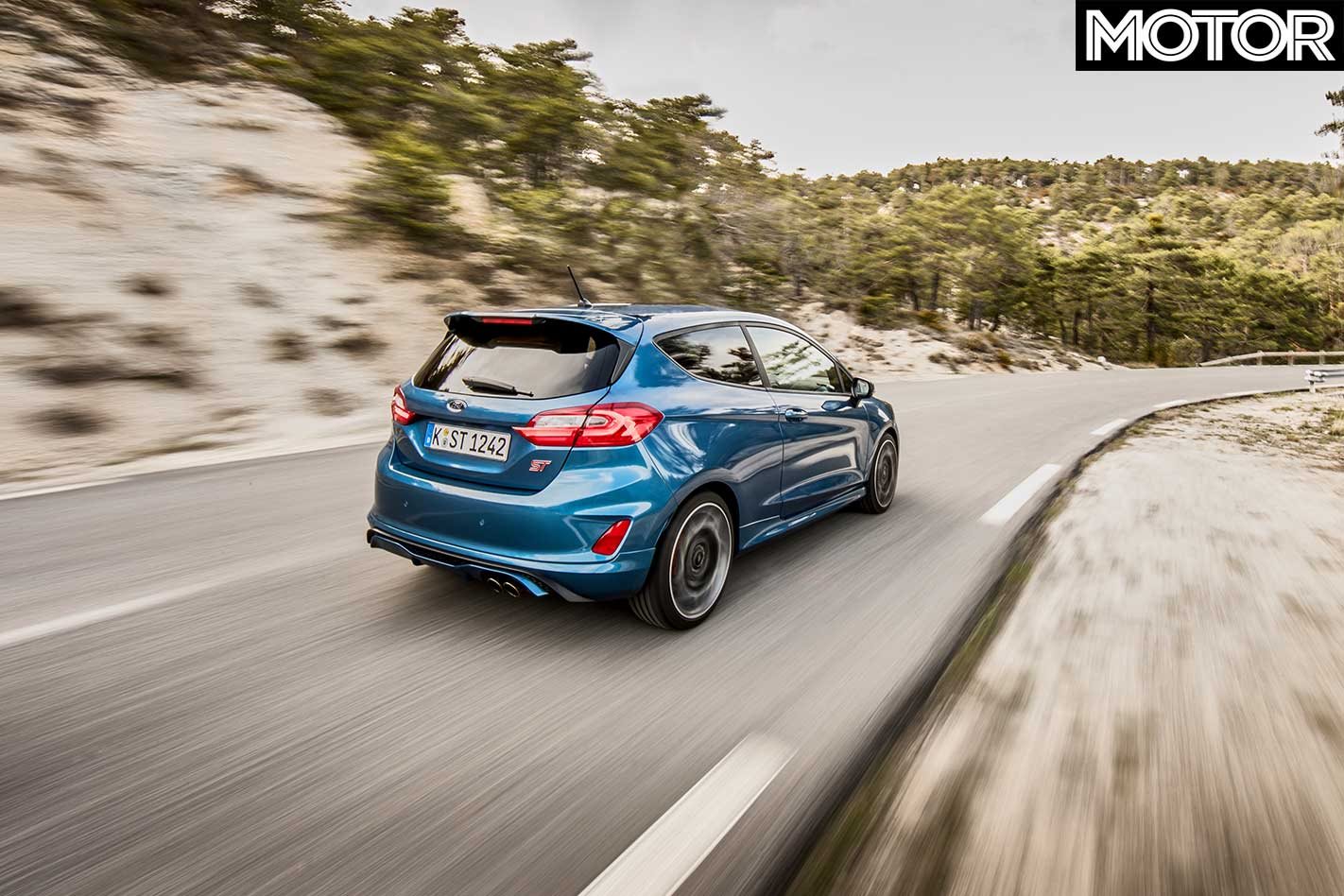 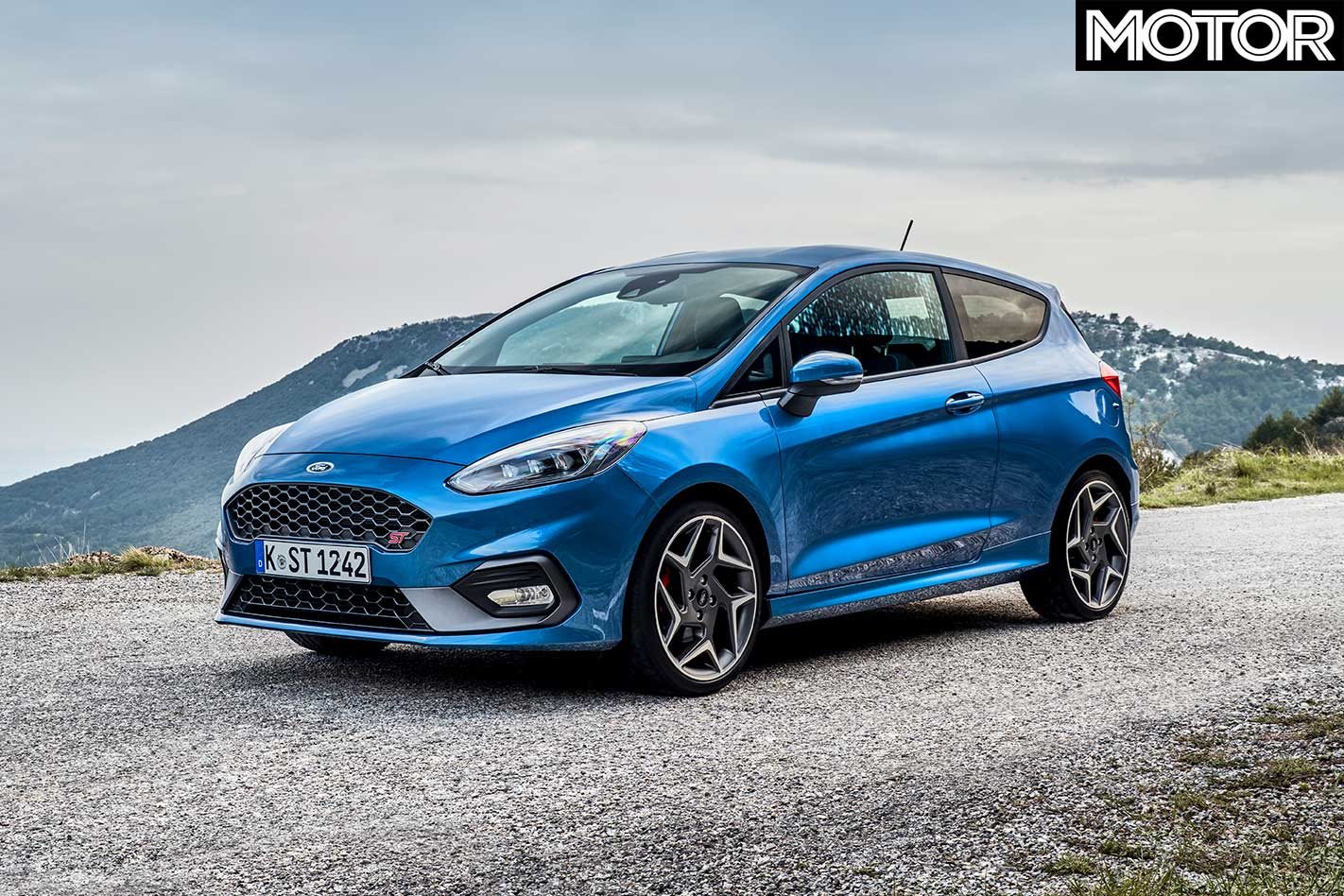 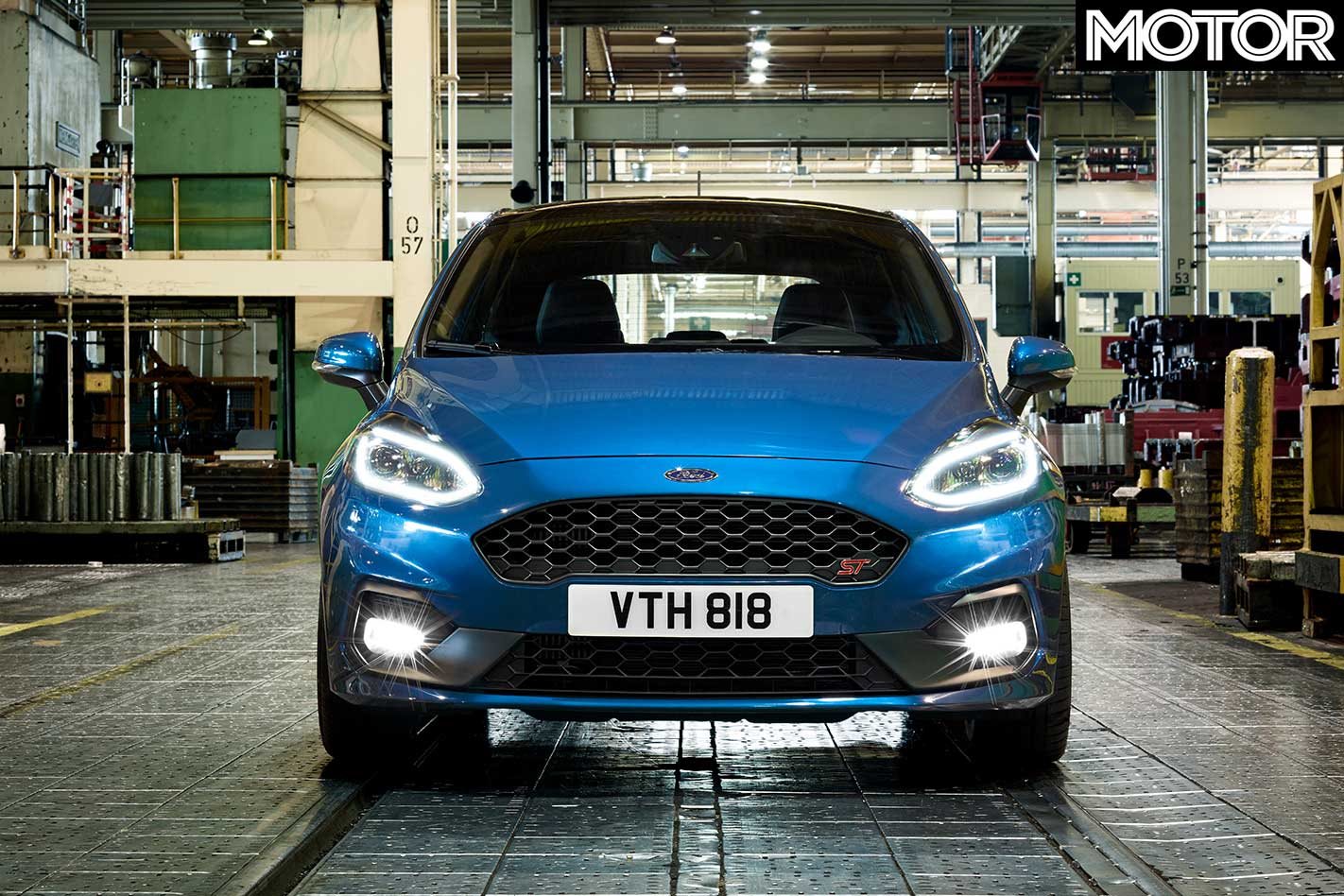 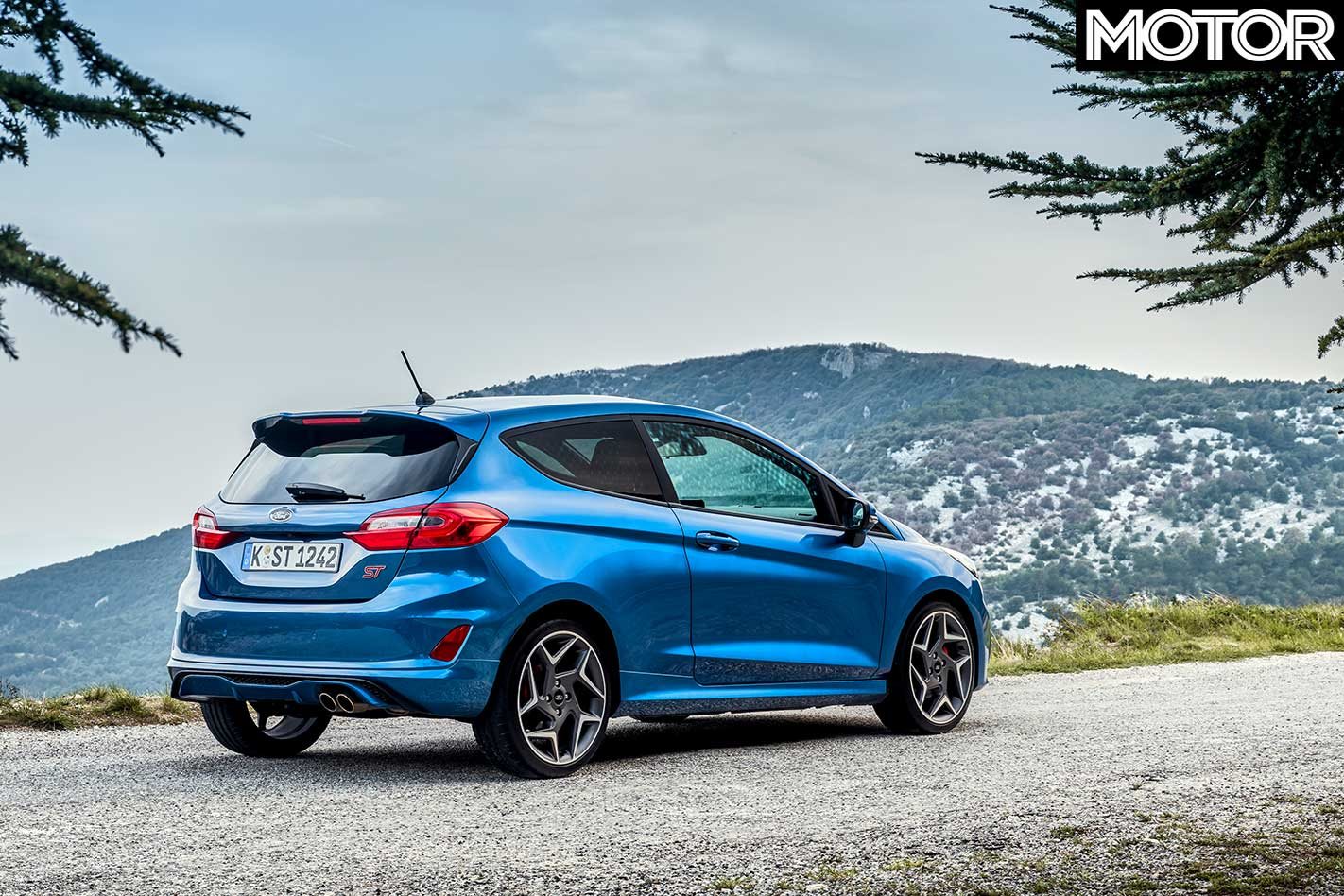 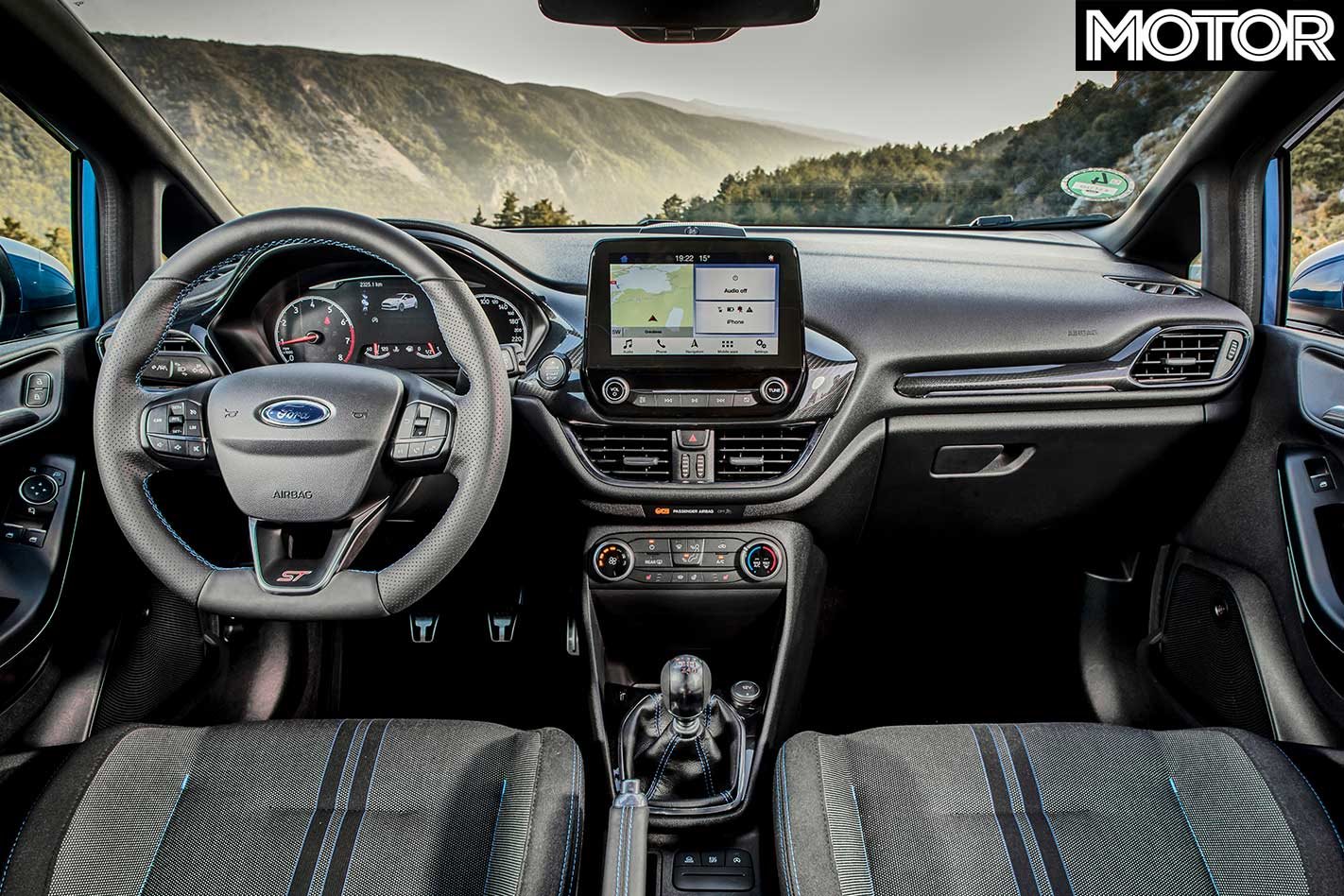 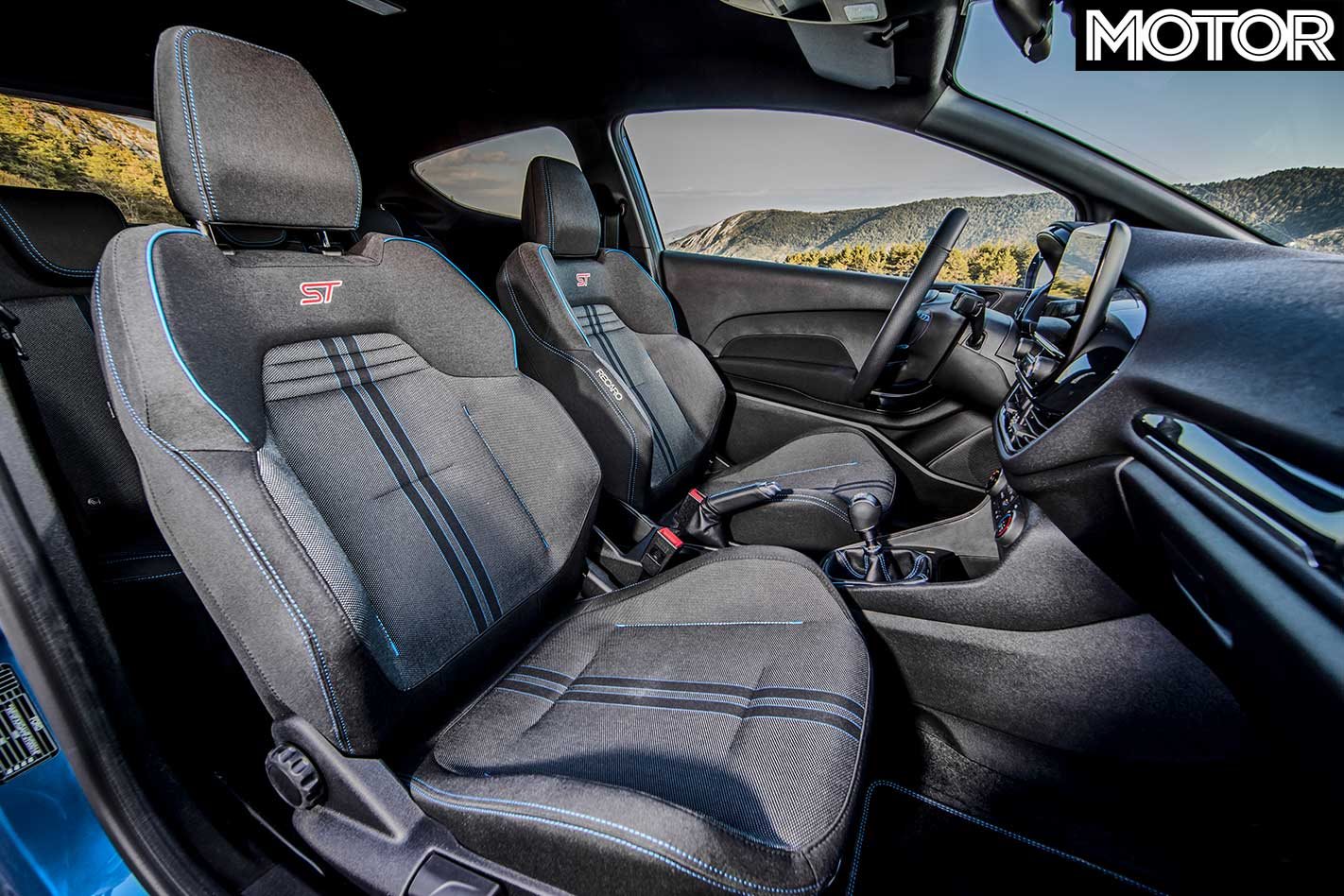 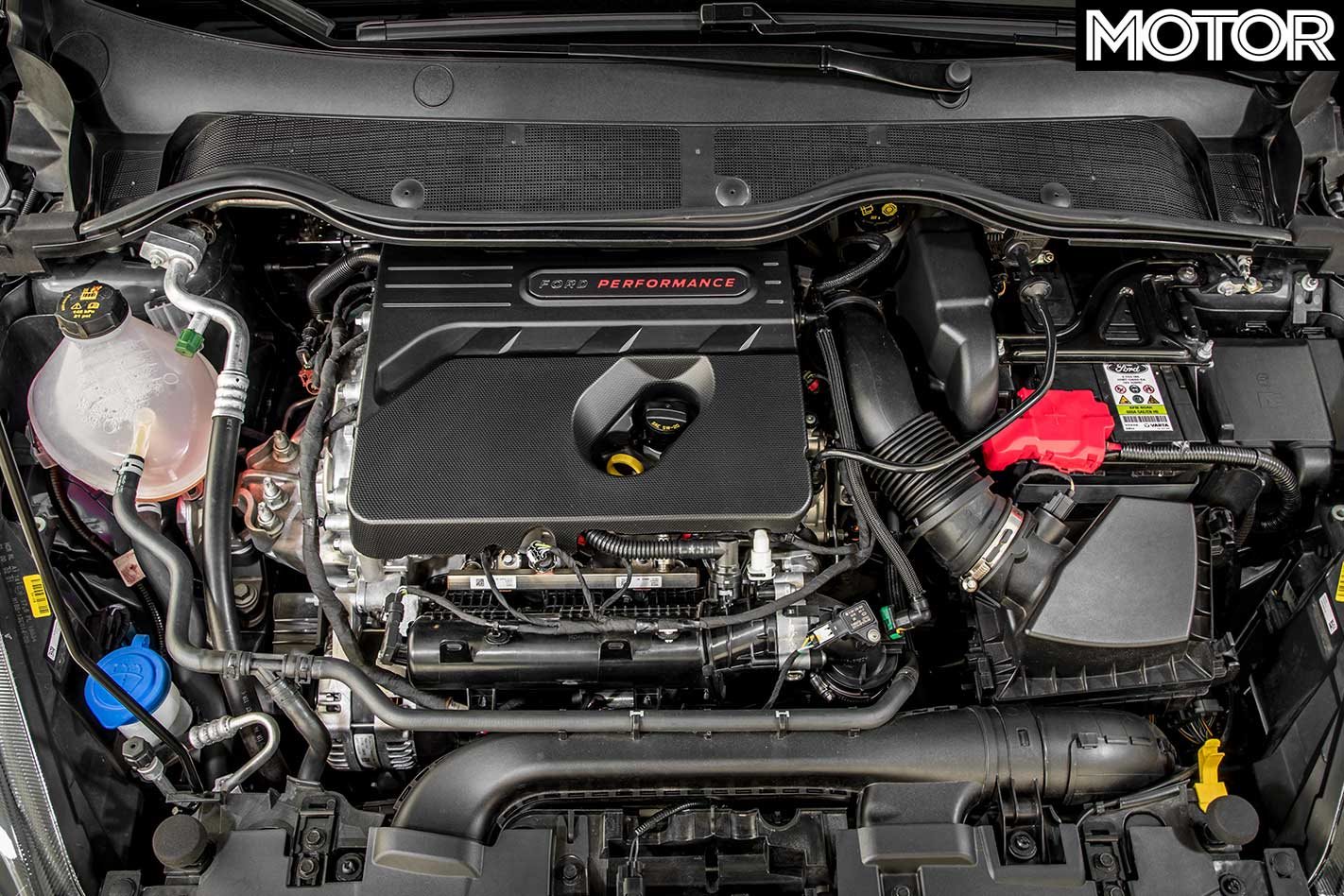 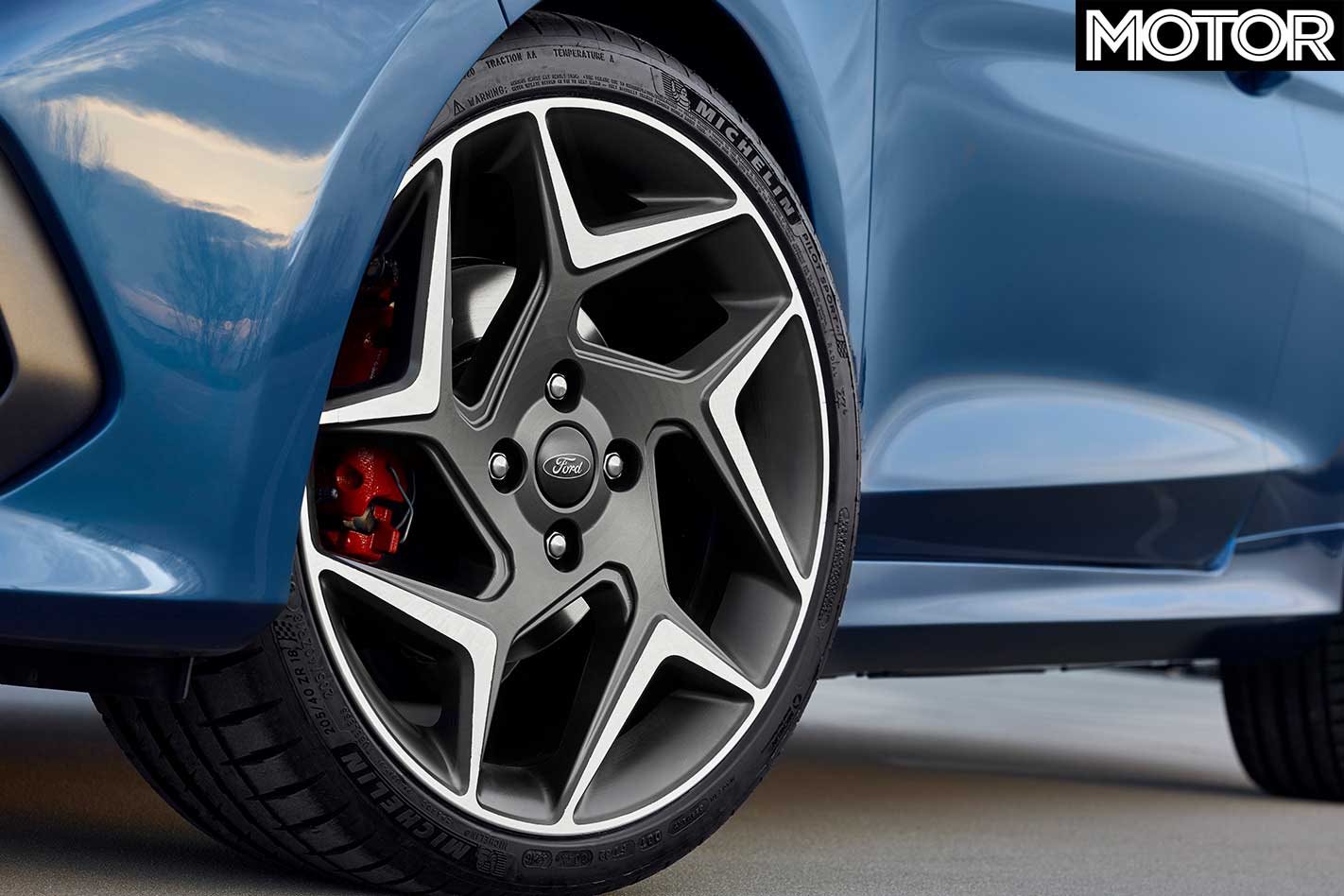 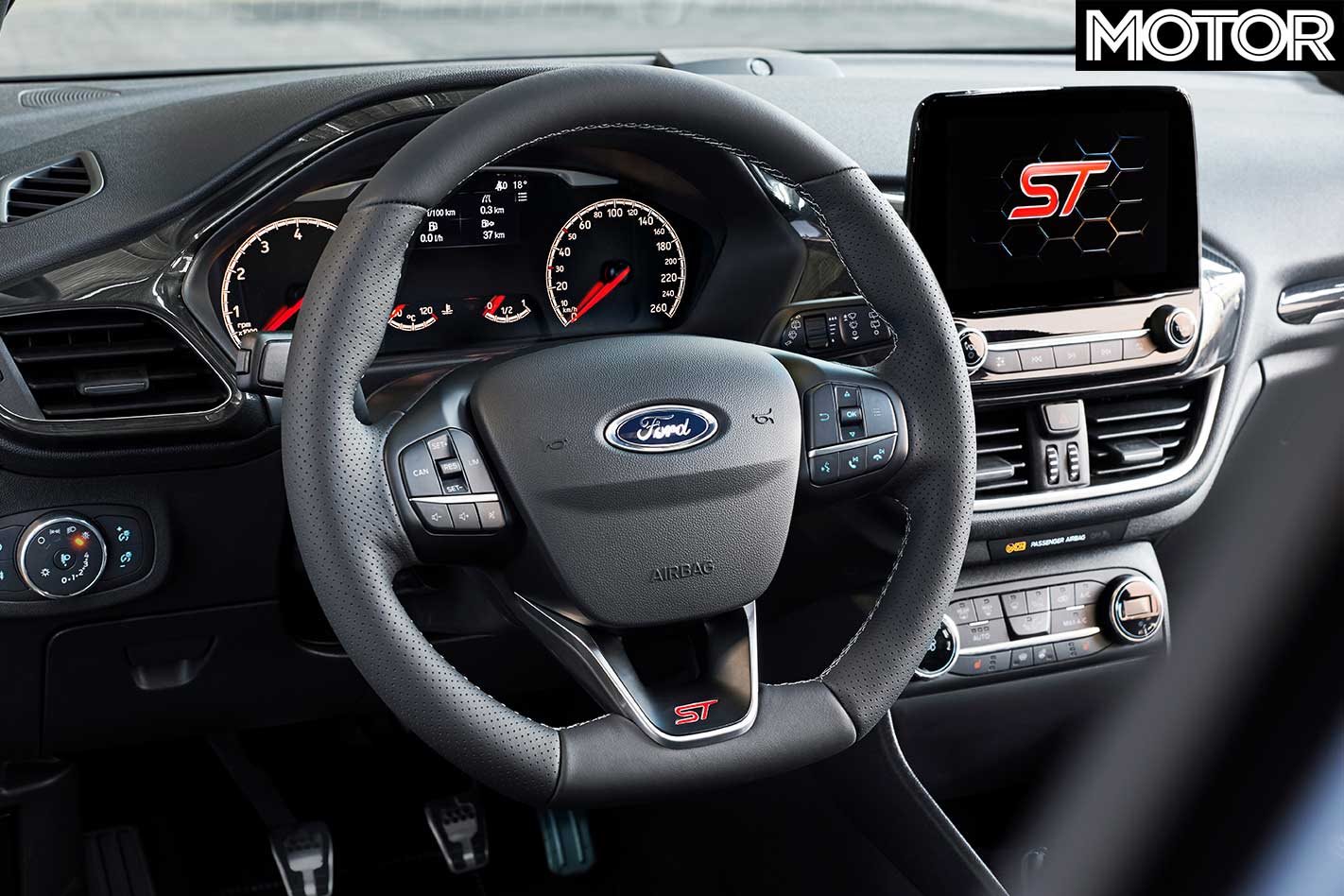 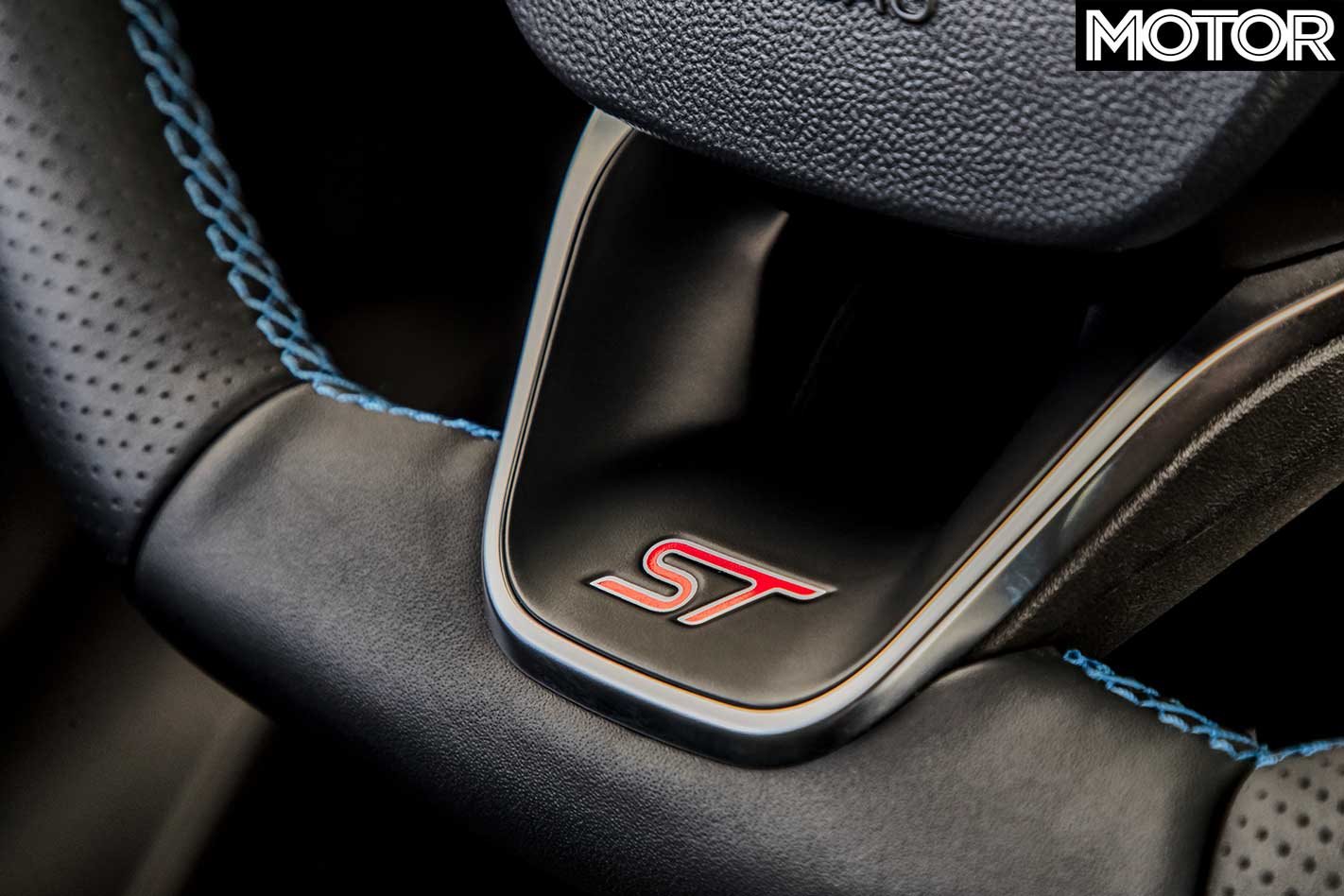 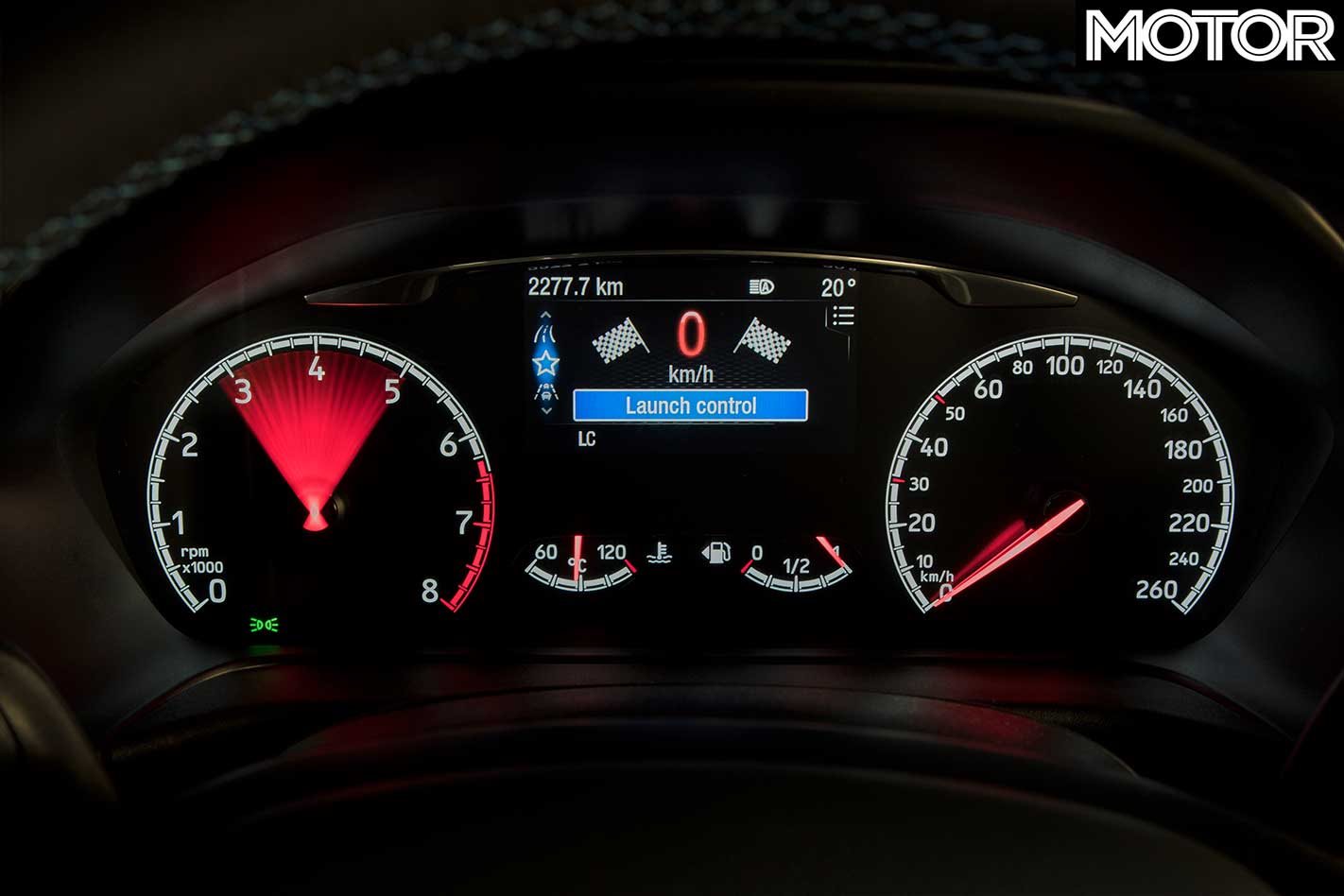 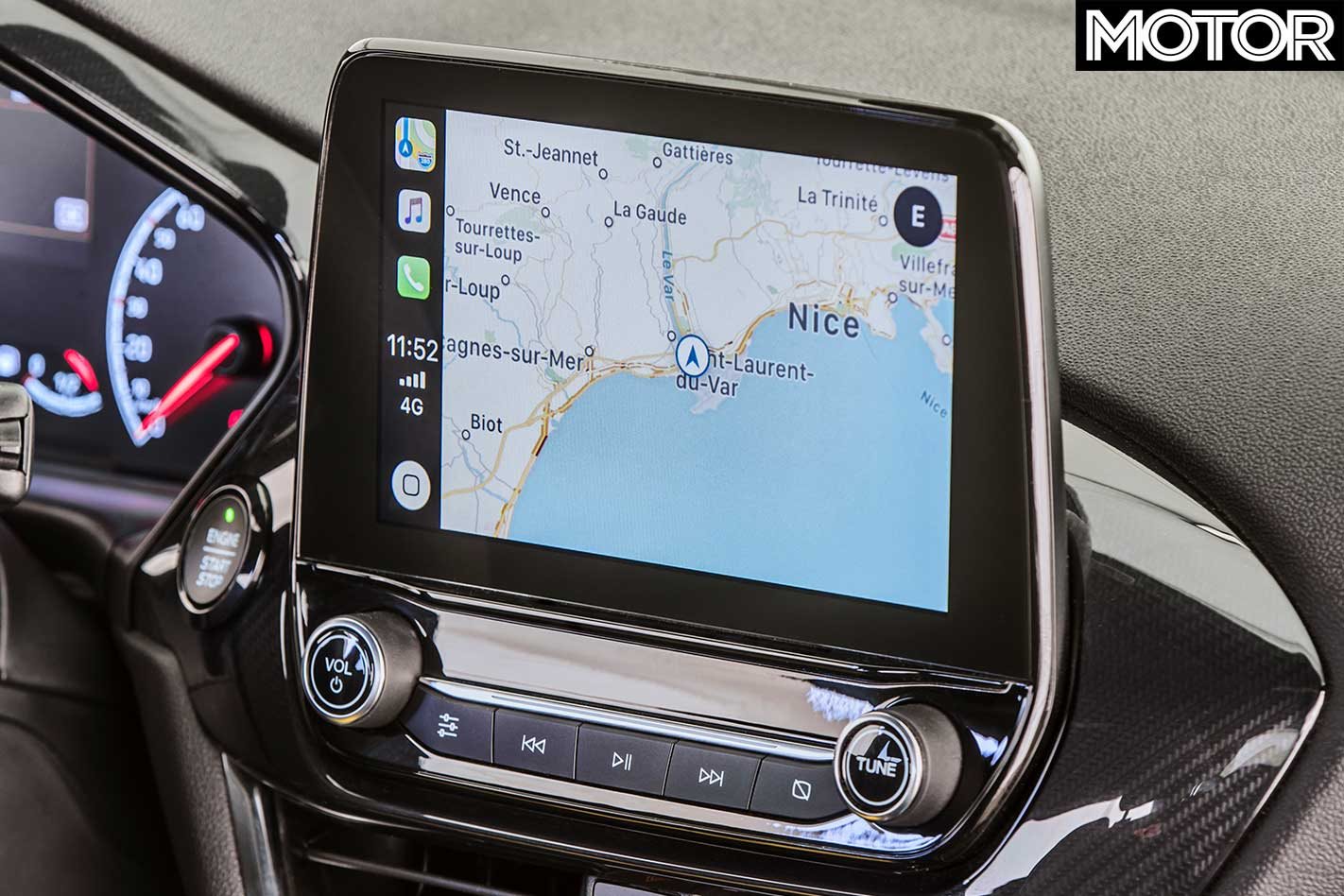 1 / 17 Chortle-worthy handling was a trait of the old ST. Luckily that character hasn't been lost in the quest for increased comfort