As limited edition Porsche 911 Turbo S variants go, this one is pretty close to the top of the tree.

Why? Well, you might need about $14 million to buy it, because it’s only available when it's paired with an Embraer Phenom 300E business jet. That $14 million is reportedly the average cost to buy one.

Given the standard 911 Turbo S will run someone up $473,500 if they walked into a dealer - a fraction of the jet’s worth - you could say the overlap is stretched between the two.

But it’s not lost. 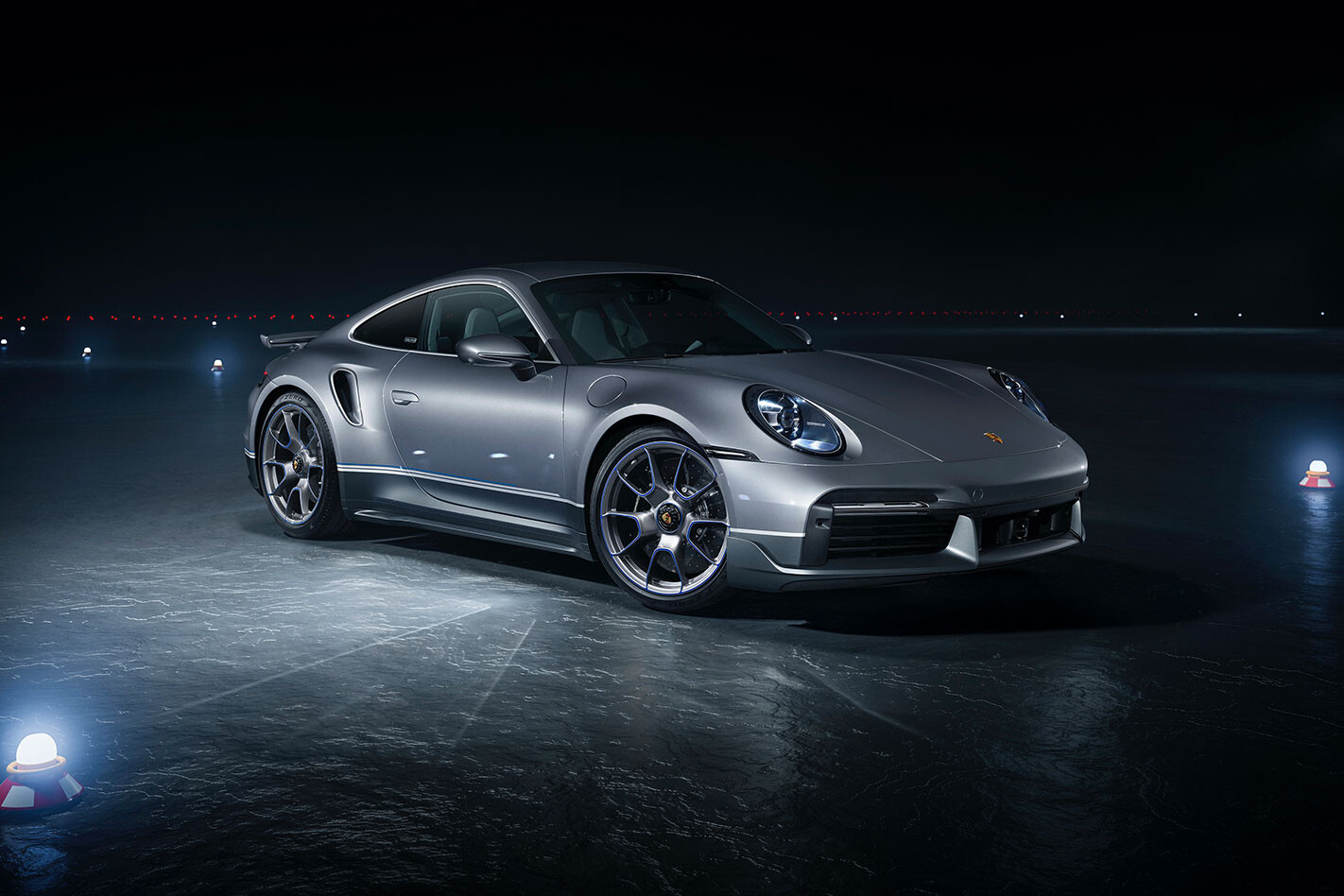 It’s also capable of reaching a 13.7km altitude and travelling 3724km in a single hop.

Porsche recently unleashed us in its new 911 Turbo S at Kingsford Smith International Airport, where it reached 300km/h in around 26.6 seconds – making it somewhat of a ground-bound jet itself.

But Porsche has worked hard to ensure the Turbo S matches the high flier on a higher level than just mere metaphor.

MOREPorsche teases its jet of the future

So, for the 10 available to mega-rich clientele customers, a two-tone paint job matched to the 300E jet comes in Platinum Silver Metallic gloss on top complementing a matt Jet Grey Metallic below.

Trim strips in Brilliant Chrome and Speed Blue split the hues, and Porsche says all paintwork is done by hand – just like on the Embraer. 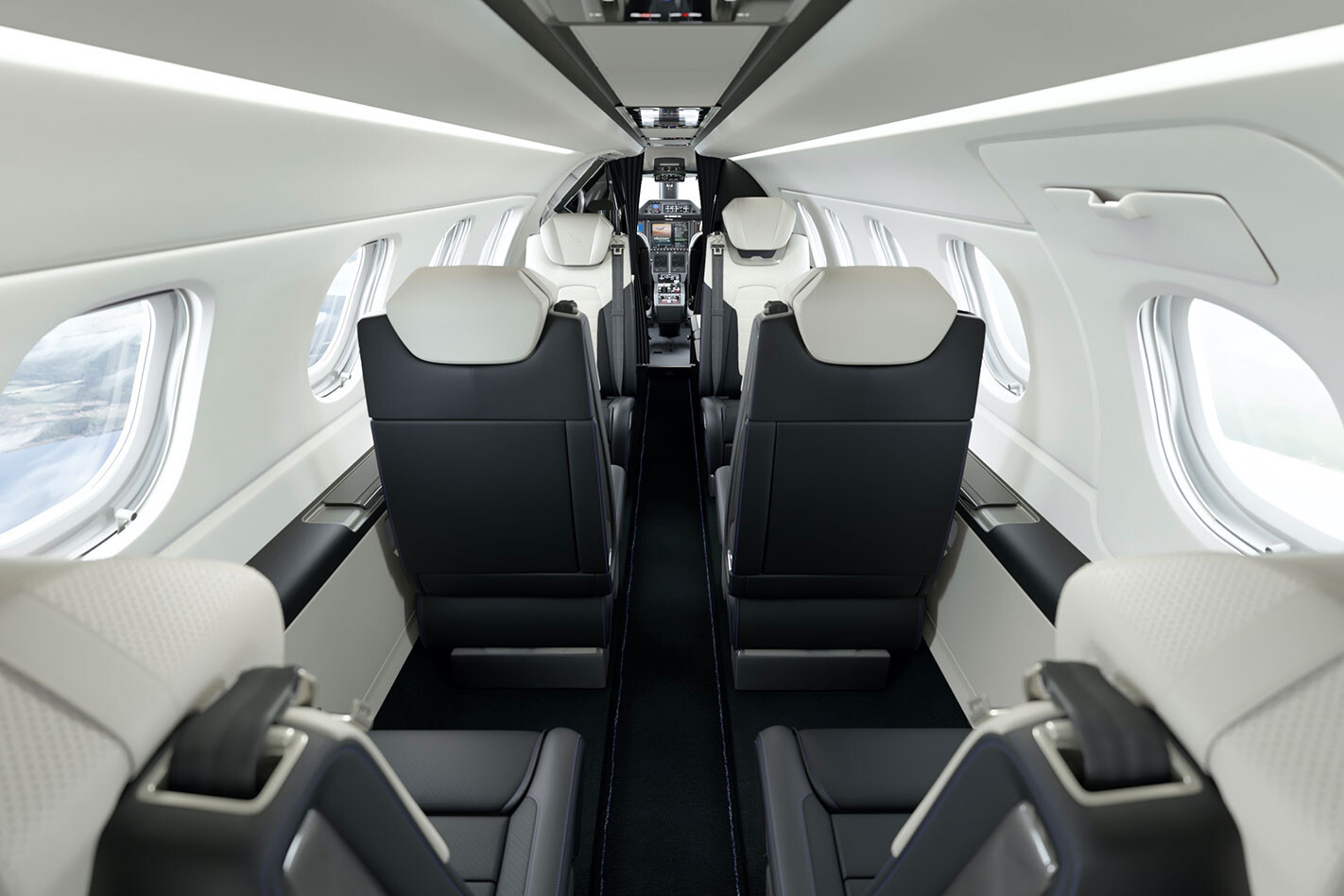 Keeping in the aeronautical theme, the Duet gets a bit nerdy on details. The rear engine intakes, for instance, are lipped with chrome, just like the 300E’s rear Pratt & Whitney engines.

Meanwhile, the jet’s individual registration is painted on the underside of the Turbo S’s wing.

The Sport Chrono dial sitting plumb in the dash’s centre, like a jewel, now features a horizontal graphic like the jet’s own cabin gyroscope. 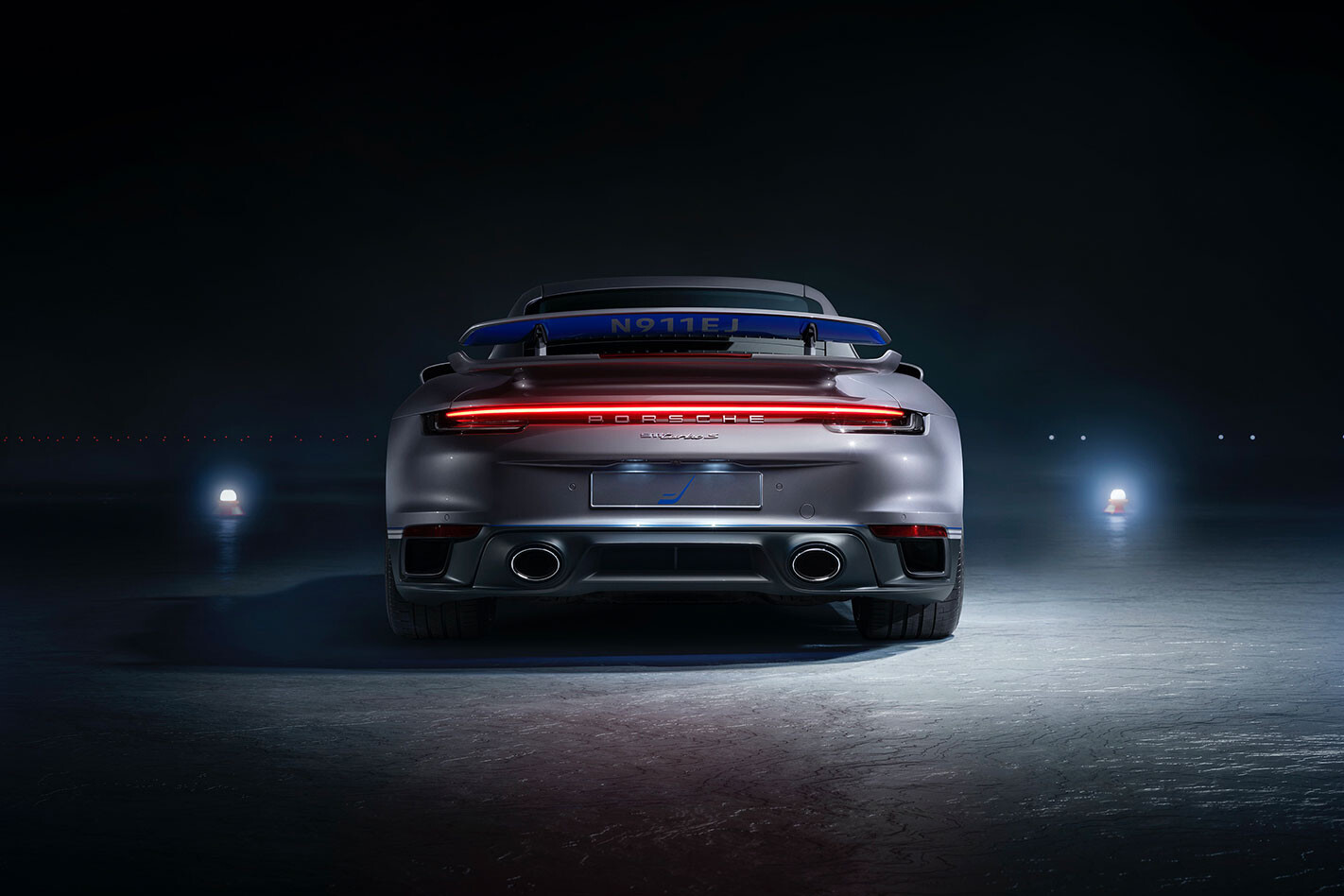 And to really drive the exclusivity home, the Duet comes with a matching luggage set and 1919 Globetimer watch, the latter worth a trifling $40,000.

MOREHitting 300km/h in a 911 Turbo S at Sydney Airport