The Renault Alaskan has been unveiled to become France’s first ever one-tonne ute.

Renault’s new addition to its established light-commercial vehicle range follows the Alaskan concept shown in 2015 and is twinned with the Nissan Navara as part of the French-Japanese auto alliance.

The production Alaskan is inevitably toned down slightly from the more extreme-looking show vehicle, though while it wears the Renault family design ‘face’ it looks suitably tougher than a Clio or Renault Megane. 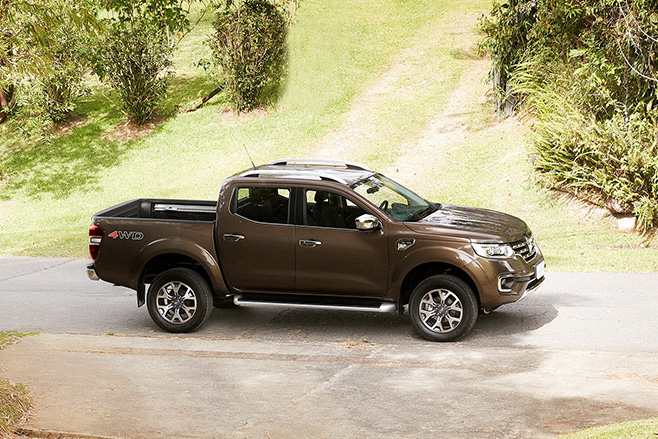 There will be multiple variants including 4x2 (rear-wheel drive) and 4x4 models. As with the Navara – with which it shares its underpinnings – the dual-cab version features a car-like rear multi-link suspension, instead of the more common leaf-spring arrangement.

The tray – which will be available in two lengths depending on market – offers a one-tonne-plus payload, and includes quick-fit hooks and 12v power supply. 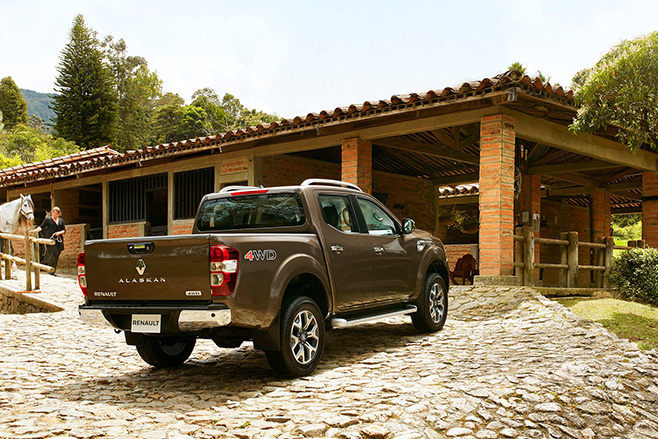 Off-road credentials are boosted by the presence of a lockable rear differential, hill-start assist, hill-descent control and an electronic limited-slip differential that can brake spinning wheels to improve traction. There’s also 230mm of ground clearance.

A towing capacity of 3500kg matches the segment benchmark offered by rivals such as the Holden Colorado and Ford Ranger.

As a major point of difference from its competitors though, Renault is claiming best-in-class fuel economy from the Alaskan’s 2.3-litre four-cylinder twin-turbo diesel engine, which is available with 120kW or 142kW and borrowed from the brand’s Master van. 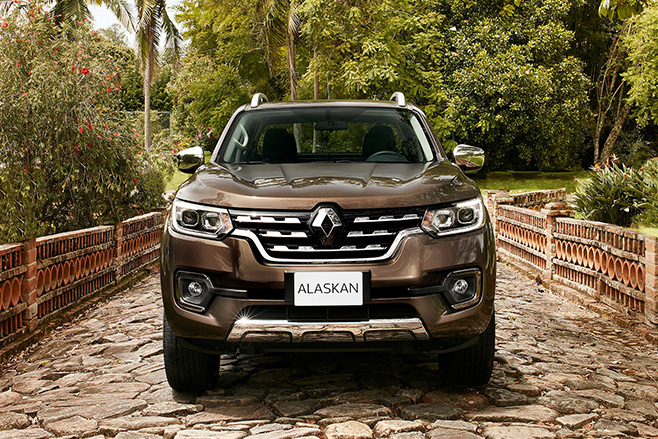 A 120kW 2.5-litre petrol and two 2.5-litre diesels will also be offered in some markets.

The Renault Alaskan interior follows the ute trend for car-like interiors owing to their multi-purpose use that commonly sees them being used as family vehicles at weekends.

The front seats are available with up to eight-way adjustment and lumbar support, and Renault says the rear seats offer a generous 589mm of legroom. 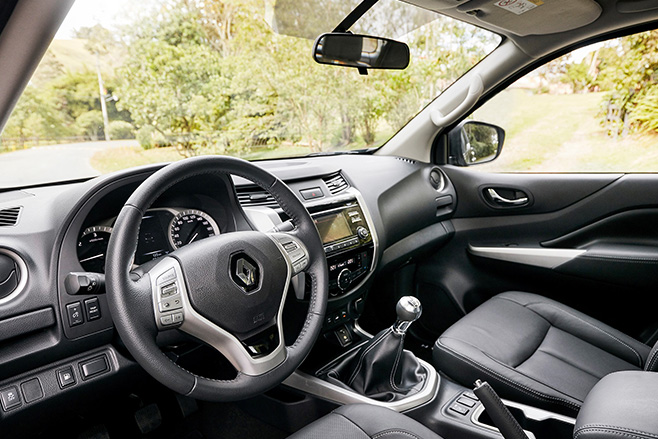 A 5-inch TFT colour display is standard, though some markets – one of which would be expected to be Australia – will also offer a 7-inch colour touchscreen.

Customers will also be able to opt for a four-camera system that can provide a 360-degree view of the car for easier manoeuvring.

The Renault Alaskan will be built in Mexico, Spain and Argentina. It will initially go on sale in Colombia towards the end of 2016 and is expected to go on sale here in 2017. 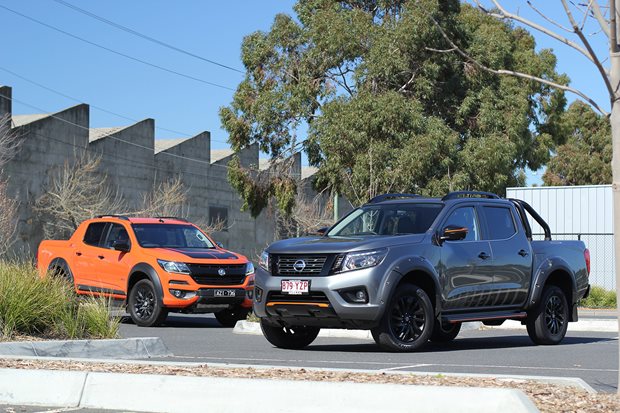