One of the great things about being a bloke is that you never have to ask anyone for help, because you just don’t need it.

This seems to be a deeply ingrained principle, at least in the western world, and it’s why men tend to die for more stupid reasons than women, at least partly because we don’t need doctors’ help, either. This brave self-denial can go on for years, even when you know – in your brain, if not your heart – that you need help, badly.

Many years ago I started getting invited to launch events for new off-road vehicles, back when that’s what they were genuinely used for. Because I am fitted with testicles and beard follicles as standard, everyone at those early events seemed to assume that I would know how to pilot four-wheel-drive vehicles through sand and mud and up and down boulders. Either that, or off-roading is so easy that any idiot can do it, something I quickly found was not the case. 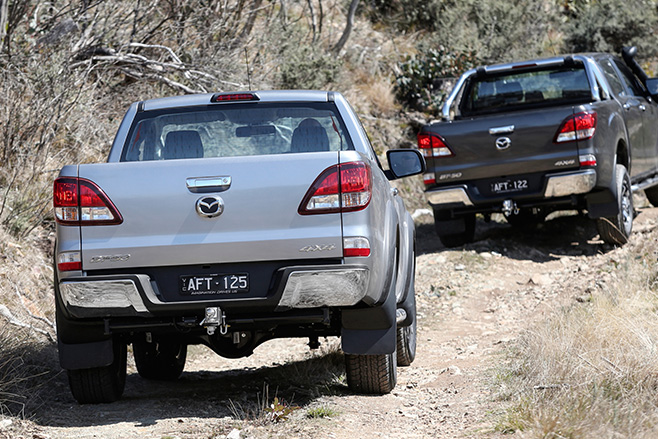 If you claim to have a 100 percent record at something, it normally means you’re good at it, but I have never been on a proper low-range bush-bashing event without getting bogged. Not once. On the rather brave launch of the original Skoda Yeti, in some desert near Alice Springs, my colleagues actually voted to kill me and dump my body if I got stuck one more time, at which point I wisely refused to drive any more.

I’ve asked other people what the secret is, of course, and they usually go with the same, highly scientific “just keep your foot in” advice. So I was worried when tasked with visiting Fraser Island for a driving adventure in the new Mazda BT-50, thinking I wouldn’t see much besides the rear ends of vehicles towing me out of beaches.

Fortunately, this led me to find my guru, Dave Darmody, who runs the Australian Offroad Academy but was clearly born to his other job, primary school teaching. Thanks to his combination of technical nous about tyre pressures and an ability to explain things to someone with the attention span of a moth, Dave taught me more in an hour about off-roading than I’d learned in a lifetime.

In some kind of magical, Dr Karl way, he managed to make it sound interesting too, even when he got on to the stuff about “microtopography”, which is to do with the way sand forms and how the contact patch on your tyres can either skim through drifts or be constantly climbing them instead. 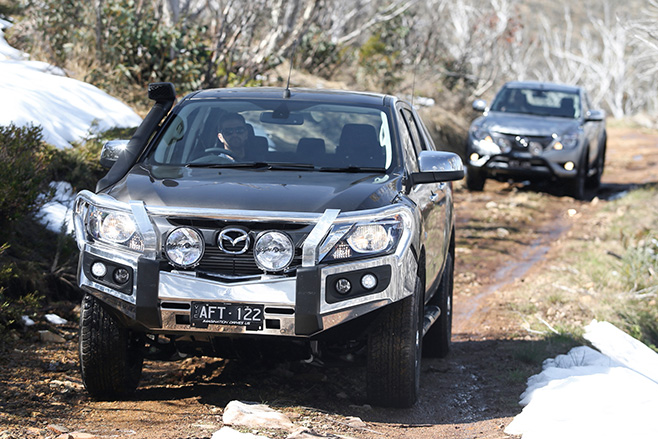 As for ‘momentum’, apparently “it’s what you use when you’ve run out of skill”. Dave explained that your suspension basically needs time to “breathe” when you’re battling through soft stuff in low range.

Yes, I still got bogged on his treacherous off-road course, and slid backwards down a hill like a dog with his tail between his legs. But over the following few days of tackling Fraser Island’s incredibly diverse and beautiful four-wheel-drive-only terrain, I didn’t get stuck once. And, whisper it, I actually came to enjoy off-roading, which has never happened before.

There’s something about driving along a beautiful beach, the sand tugging at the wheel constantly and making you feel a bit rally-ist, that really is great fun. It helps when you know what you’re doing, of course, but you probably already do.

I can see and concede that four-wheel drives and even pick-up trucks – like the Ford Ranger/BT-50 conjoined twins – are very practical for going somewhere like Fraser Island, and that a car is utterly useless for such things. But when you’re back on the road, in the real world, there’s no way the compromise of driving enjoyment is worth it. I’ll take a car-like station wagon over any SUV, every day, forever. So there.

This article was originally published in Wheels magazine April 2016.