We take a look at our favourite cars to sport the GTI badge.

Maserati added indirect fuel injection to its 3500 GT in 1961 to become the first car manufacturer to use the GTI badge on a model.

These days, it’s strongly associated with hot-hatches. That trend started in 1976 with the first Volkswagen Golf GTI, and Peugeot followed with its own hallowed hatchback in the form of the 1980s 205 GTi.

Rumours suggest Suzuki could revive its much-missed Swift GTi for the upcoming next generation of its city car, though for now its Volkswagen and Peugeot who share exclusive use of the badge across a couple of models. 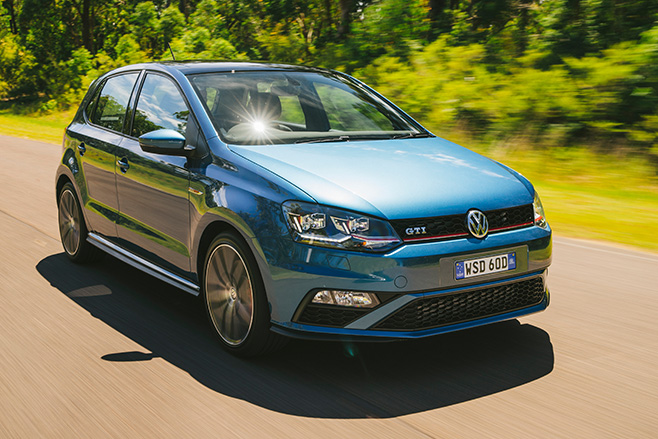 VW’s hot-hatch version of the Polo has been around locally for more than a decade now, though only in recent years has it managed to step out of its bigger brother’s shadow. The latest Polo GTI used a 2015 facelift to return to the 1.8-litre turbo four-cylinder format of the 2005-2010 model after dabbling with a 1.4-litre Twincharger featuring both a supercharger and turbocharger. More importantly for keen drivers was the re-introduction of a manual gearbox – which brought the added bonus of an extra 70Nm of torque (320Nm) over the seven-speed dual-clutch auto option. Priced from $27,490, the Polo GTI’s terrific combination of value and performance helped it win the 2016 Motor magazine Bang for your Buck award – the nameplate’s third victory in the competition. Its comfortable ride, flexible engine and refined interior also makes it a hatch to be enjoyed in everyday driving. 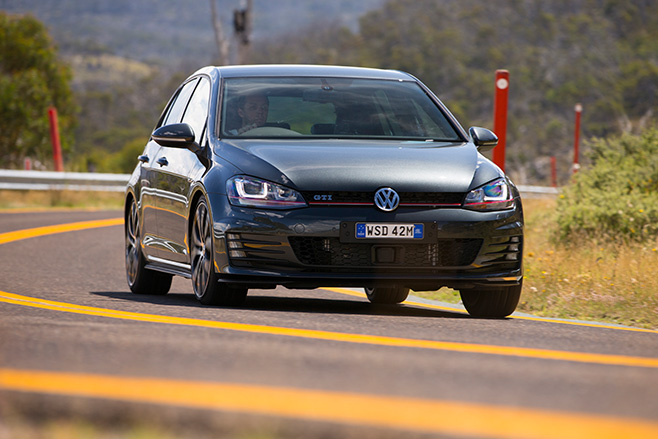 Hot-hatches have always been about blending affordable performance with practicality, and for that simple reason the cheapest GTI is our pick over the GTI Performance variant that costs an extra $3000. The Performance offers an extra 7kW of power and electronic limited-slip differential for assisting cornering traction, though the regular GTI is still immense fun to drive. Since 2005, when the Mark V Golf GTI overturned a couple of generations of less-than-thrilling models, VW’s famous hatch has been getting better and better. 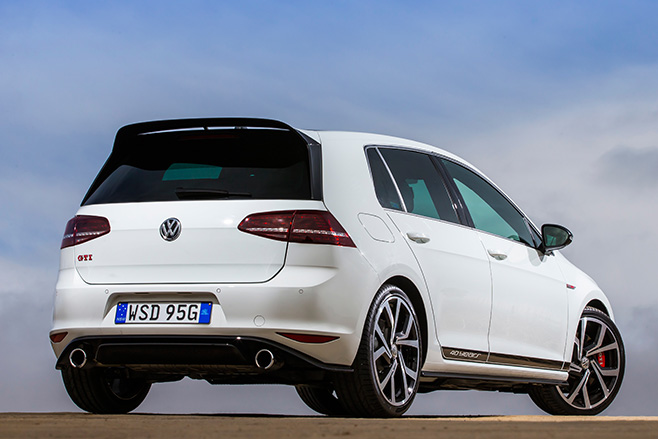 VW has marked a few GTI anniversaries with special editions, and the latest is the 40 Years (known as the Clubsport in Europe but substituted locally owing to HSV’s use of the name). Making the edition special is a further re-tuning of the GTI’s turbocharged 2.0-litre four-cylinder engine that raises power to 195kW. Pushing hard on the accelerator liberates 213kW via an overboost function, giving the GTI 40 more power than the flagship 206kW Golf R – although only for 10-second bursts and to the front wheels only rather than all wheels. Other welcome additions over the Performance include an adaptive suspension that allows drivers to instruct the dampers to prioritise comfort or handling, exclusive 19-inch alloy wheels, and a lovely-to-hold Alcantara sports steering wheel. There was a choice of $46,990 manual gearbox or $48,990 six-speed ‘DSG’ auto, though with all 500 units available here, now said to be sold out, the used-car market is your best bet for picking one up. 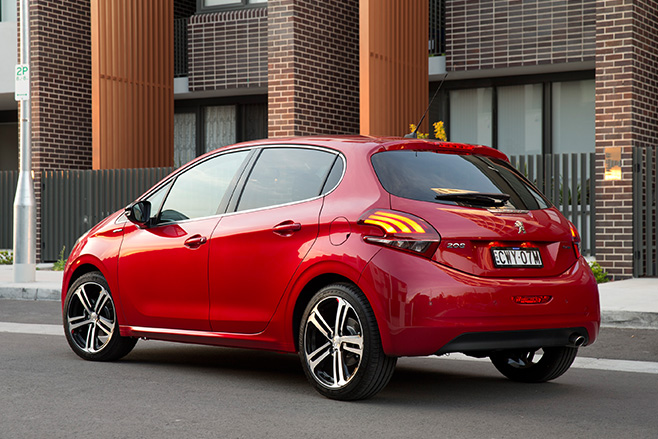 Many still regard the 205 GTi as one of the greatest ever hot-hatches, though you have to bypass the 206 and 207 versions to find a worthy successor. That was especially true of the 208 GTi 30th Anniversary limited edition that was engineered with feistier handling with a propensity for oversteer. The regular GTi remains a fine pocket rocket, capable of reaching 100km/h from standstill in 6.8 seconds thanks to its 153kW 1.6-litre turbo four-cylinder and the 208 model’s weight reduction over the 207. Tasteful sports trimmings are also applied to the 208’s classily minimalist cabin. Pricing kicks off at $30,990. 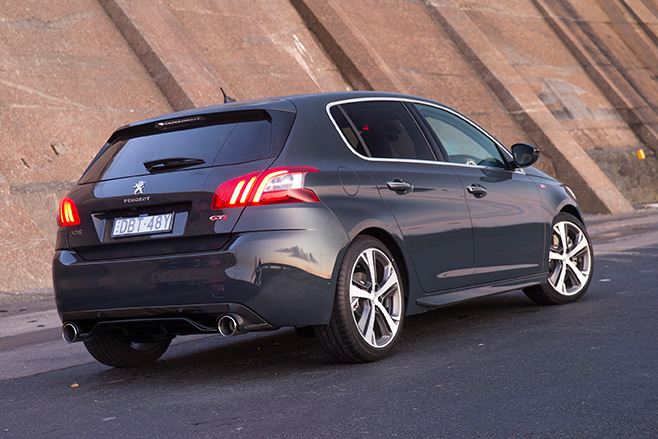 The media acclaim of the 208 GTi clearly gave Peugeot the confidence to return the badge to its larger, 3-badged series in early 2016 – 15 years after the 308 GTi-6. The 308 GTi doesn’t disappoint, either, despite pricing that’s a bit on the high side. Available in $44,990 250 or $49,990 270 guises, a case can be made for either. The 184kW 250 isn’t markedly slower than the 200kW 270, there’s strong grip from the 18-inch tyres, excellent braking performance, and the 308’s interior runs the Golf closest in the small-car class for perceived cabin quality. There’s also less wheel-tugging torque steer with the 250, though the 270 gives itself track-day viability with thicker seat bolstering, great in-gear flexibility, stickier rubber, and a Torsen mechanical limited-slip differential that improves the GTi’s ability to get all its power down to the ground via only the front wheels. That pricing and a not particularly satisfactory gearshift mean it hasn’t quite got the beating of its Golf namesake, though this is still another great member of the GTi/GTI breed.