Toyota once popularised the hybrid-electric powertrain with the Prius, now the Japanese giant wants to get ahead of the curve with full EVs

Toyota has revealed its plans to popularise its electric cars, announcing that it will have at least 10 battery electric vehicles (BEVs) available around the world by the early 2020s.

Starting with China in 2020, Toyota will introduce a battery-powered version of its C-HR small SUV (which was unveiled at the Shanghai motor show this year) before rolling out a variety of electric cars throughout the next decade. 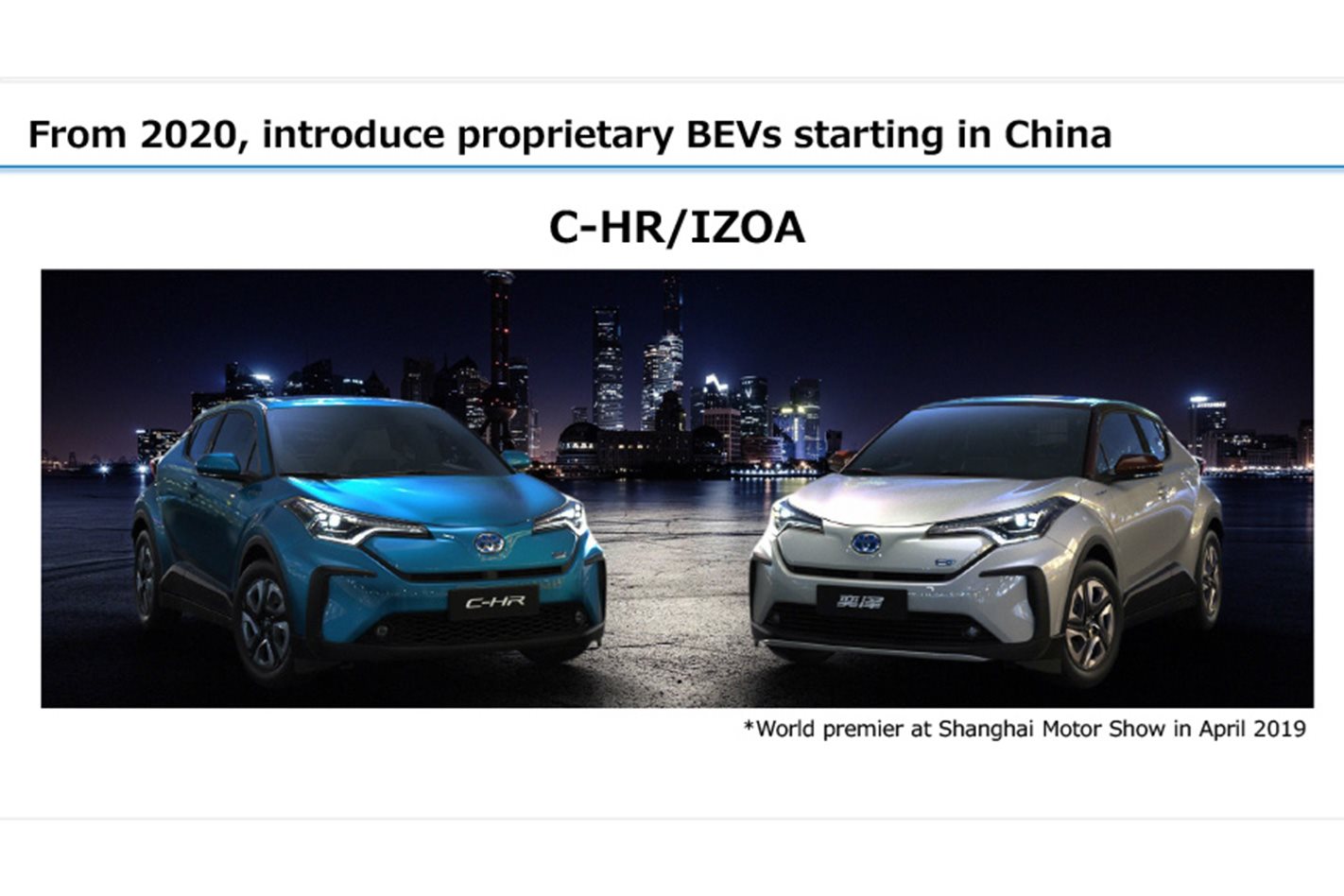 At the presentation for Toyota’s electric future in Japan last week, Toyota's executive vice president of R&D, Shigeki Terashi, expressed aims to have an electrified version of each of its model lines by 2025. He also expects electric cars (including hybrids and plug-in hybrids) to account for half of its worldwide sales by that time.

These targets were set back in 2017, but advancements in battery technology - and a desire to be ahead of the game in the face of increased competition from companies like Volkswagen - has afforded Toyota an opportunity to progress its electric car plans by five years. 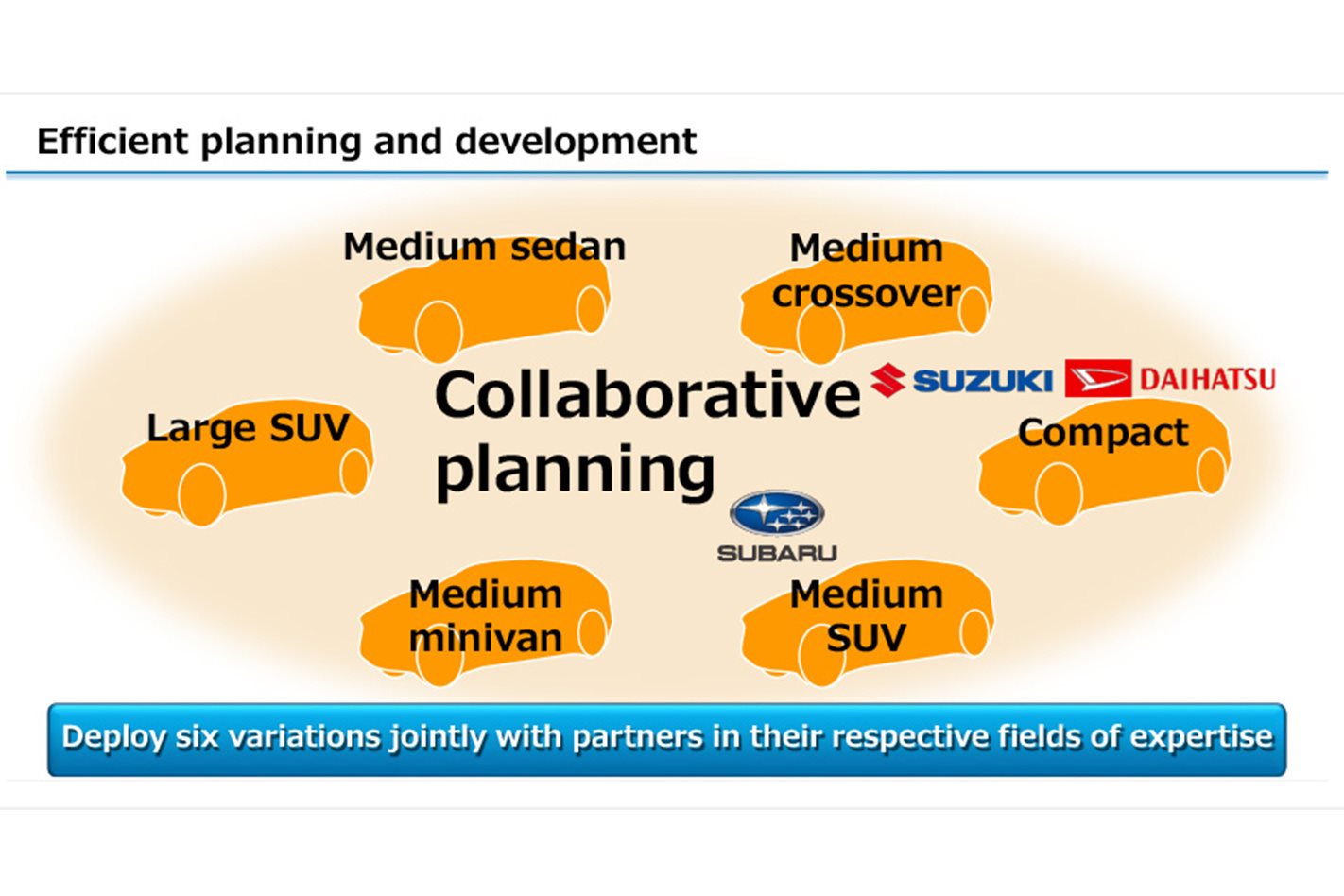 Toyota hasn’t gone too into too much detail about what specific cars it aims to produce, but it did provide some hints in what it would like to have in the form of full-sized clay models.

The clays, which have been in design for several years, include a medium-sized sedan, a medium crossover, a large SUV, a medium minivan, a medium SUV and a compact hatch.

Other vehicles like ultra-compact kei-style BEVs that hold two people and reach 60km/h, were also previewed.

To aid the fast-tracking of Toyota’s electric car onslaught, minority partner Subaru will be drafted in to help with the creation of a new flexible BEV-dedicated platform called e-TNGA.

Toyota will also seek help from Subaru in the development of the aforementioned medium SUV, while also tapping into fellow Japanese car maker Suzuki and its own entry brand Daihatsu’s knowledge when designing the compact hatch BEV. 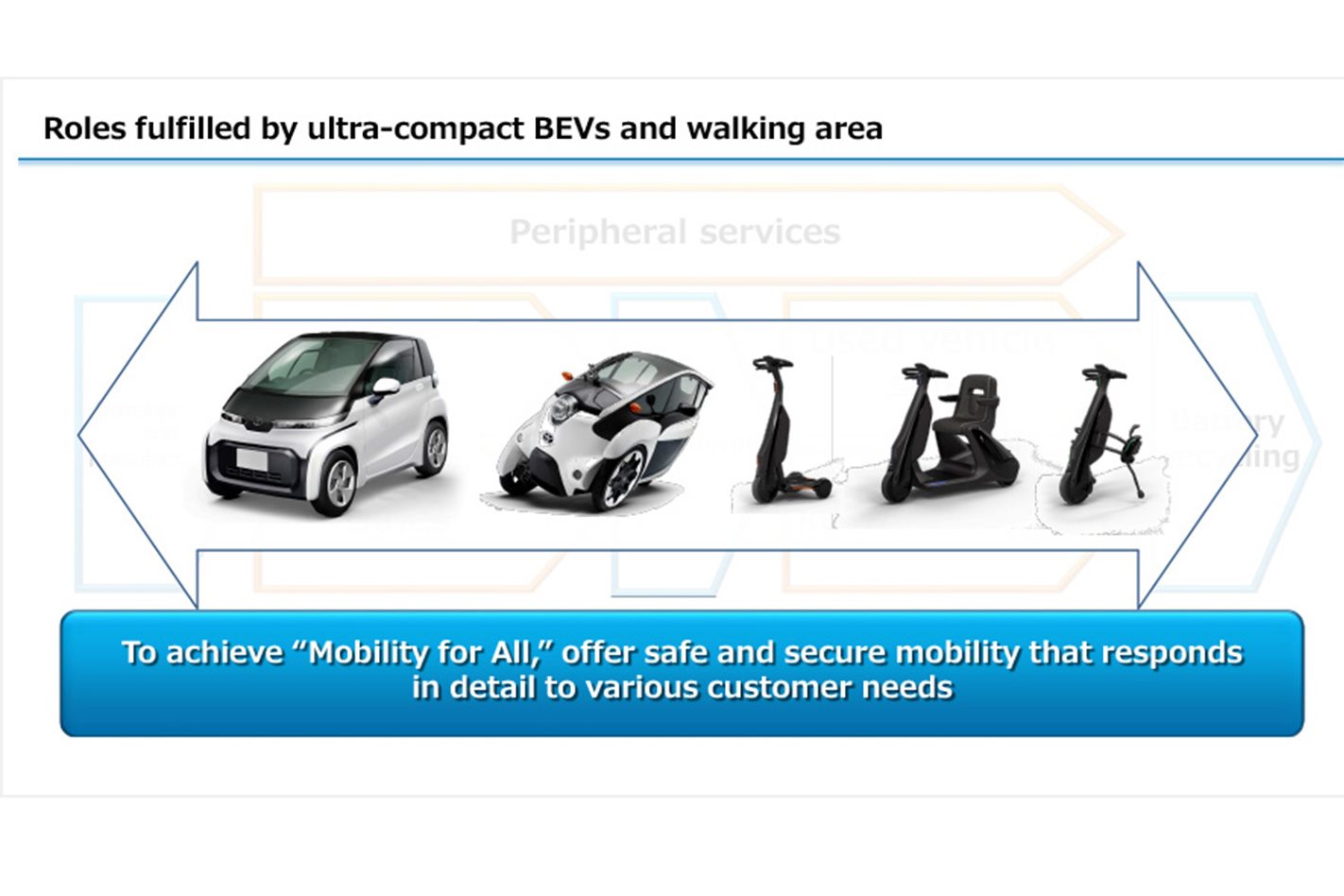 In addition to conventional cars, Toyota has also expressed interest in developing wider-reaching 'last mile' mobility devices like scooters, as well as wheelchairs and wheelchair-linked devices for the elderly, which we should see in 2020/2021.

Above all, Toyota has stressed its desire to evolve from a car company to a mobility company, all the while cutting down on CO2 emissions and air pollution.

For a company that almost single-handedly fired up the hybrid revolution with the Prius, Toyota has not been as visible as VW, General Motors and other global giants when it comes to articulating its EV plans, but this lays out a clear road map for the Japanese giant to close the gap.