Let’s be honest, the whole car stands out. But let’s talk about the first thing you notice. Citroen calls them AirBumps and they literally stand out. Think of them like bubble wrap for your car, protecting it against rogue shopping trolleys and carelessly opened doors.

Citroen has made design features out of all sorts of things that most manufacturers don’t pay any special attention to, it’s quite utilitarian but it’s stylish, and that’s a big part of the car’s charisma. It attracts a lot of smile and attention, so it might not suit shy and retiring types. 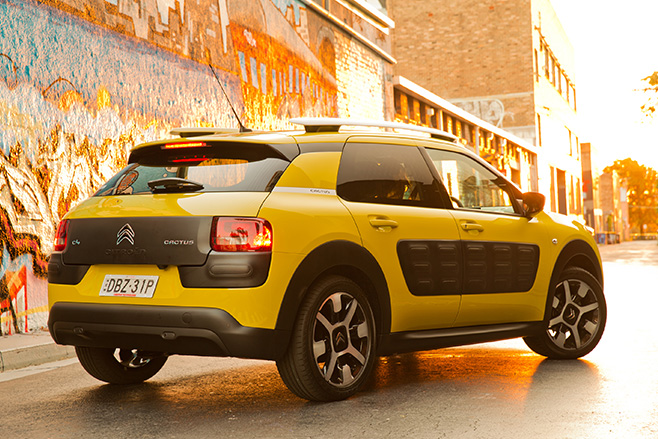 Inside, there’s more room than you might think. The rear bench has heaps of headroom and can actually seat three. Fold the seats flat and there’s generous boot space. C4 Cactus gets a strong list of standard equipment including touchscreen satellite navigation, reversing camera, parking sensors and tyre pressure monitoring. There’s clever storage in the ‘Top Box’ on the dash, a centre armrest and big pockets in the doors.

You can tell that Citroen has done a lot to keep weight down. The rear windows are manual and pop out rather than rolling down, so your dog won’t be able to poke his head out but kids can use the handy storage spots on the doors. There are two ISOFIX points for baby seats as well.

Cactus has two drivetrain combinations to choose from; a 1.2-litre turbo petrol with a five-speed manual gearbox, or a 1.6-litre turbo diesel with a six-speed semi-automatic that isn’t as good as a traditional auto or CVT. 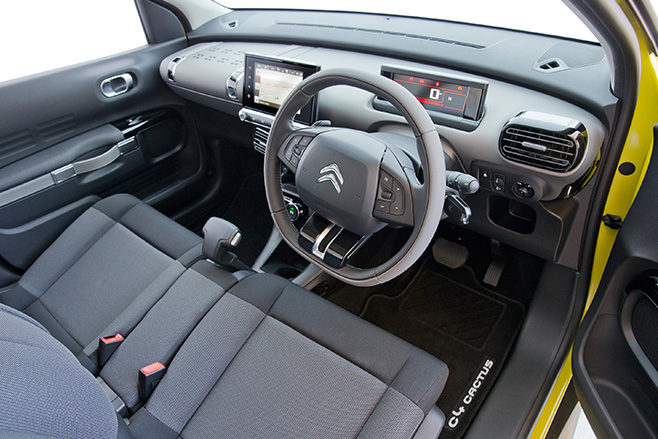 We’d buy the turbo petrol. The manual ‘box is light and easy to use and the award-winning engine is incredibly cheap to run even when driven with a heavy right foot.

Once you’ve chosen from the thousands of colour combinations, there aren’t too many optional extras to select. A panoramic sunroof is the most significant and does lift the feeling inside the cabin. It adds $1250 to the total but we think it’s worth it.

Some will fall in love with the individuality of the Cactus. That’s its biggest strength and potentially its biggest weakness if it doesn’t win the hearts of small SUV buyers. But cars with personality are what we look forward to driving here at WhichCar, so the Cactus gets a tick from us.

Now read our quick review on the Citroen C4 Cactus. 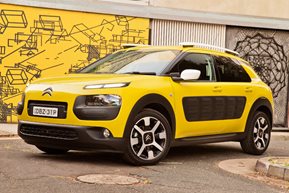