Instead of continuing to come up with bad car names, car makers should look to the past for inspiration

Why do car manufacturers put so much effort in to designing cars, only to give them awful names via a creative process that appears to involve the random musings of a bowl of alphabet soup?

Names are meant to reflect a car’s style and purpose so you have to wonder what other options where on the table when names like Getz, Captiva and Pro_cee’d received a majority show of hands.

Thankfully other cars have received great names that made them immortal regardless of how they actually performed. In an increasingly packed and competitive global market it wouldn’t hurt some car manufacturers to go back to the future when it comes to christening their new creations. Here’s a few names we’d like to see in showrooms again. 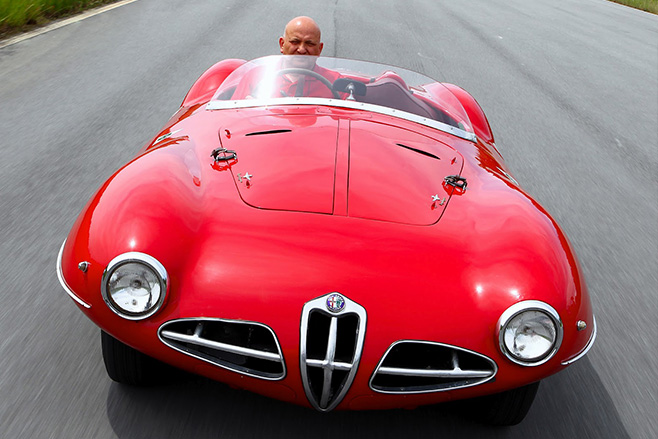 It’s difficult to have a bad sounding Italian car name when their word for emotional torment is struggimento. Alfa Romeo has come close with the MiTo which, putting its jumbled syntax aside is an abbreviation for Mitochondrial disease. The hot little hatch would probably be on a six-month back order if it were called the Disco Volante.

Italian for ‘flying saucer’, Disco Volante wonderfully reflects the original’s revolutionary 1950s design and also suggests a massive party on wheels for those of us not quite versed in the language of love. 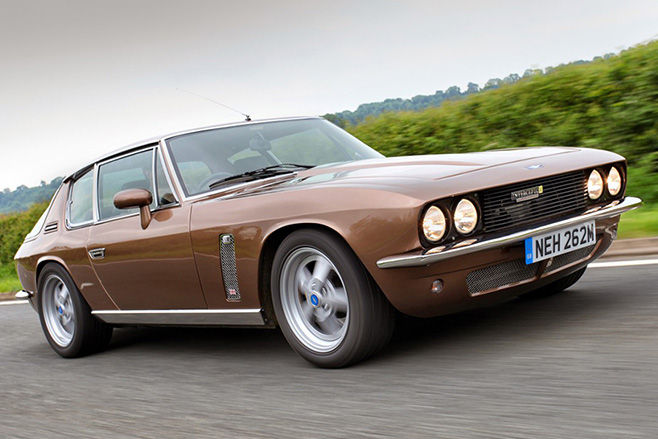 This name was so cool the company used it twice: First for its elegant Austin based coupe in 1950 and then for its better known audacious two door tourer built during the ’60s and ’70s. One wonders how the latter was never a Bond car. Sure, it was no Aston Martin DB-5 and its Chrysler V8 engine made it about as sophisticated as a shovel. And like most boutique British sports cars of its era it had its fair share of issues including melting wiring harnesses, leaky power steering and significant body rust. But the big coupe from Birmingham looked rather smashing and its name alone would have had Blofeld running to his mumma. 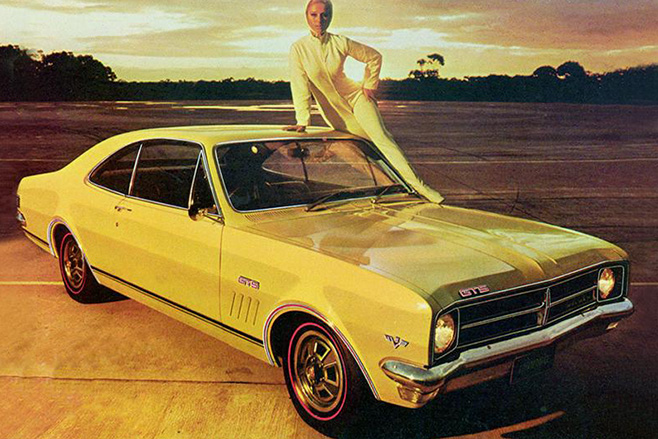 When Holden started giving its locally produced cars identities beyond their production initials it mostly settled on names that reflected nobility. The exceptions were its use of Aboriginal words given to the Monaro and the equally cool sounding Torana. Monaro means high-plane, and indeed the big coupe raised Holden’s muscle car reputation to new levels in the face of Ford’s all-conquering GT. Torana aptly means ‘to fly’, which Brocky repeatedly demonstrated to great effect. 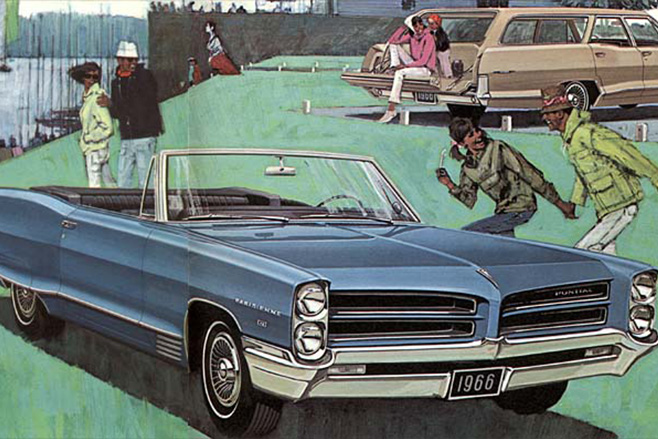 This Euro-sounding name seems like a departure from Pontiac which had previously used more home-grown names such as Bonneville and Chieftain. But the Parisienne was actually a Canadian nameplate for the big sport sedan, which GM Canada also built as a two-door coupe and convertible. Parisiennes were also built in Australia alongside Holdens during the 1960s, along with other ‘Yank tanks’ including its very close cousin the Chevy Impala. 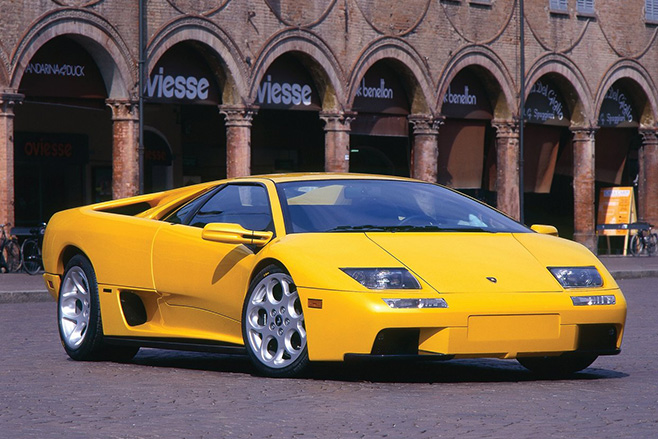 While only a Lamborghini could channel the devil in a positive light, the name actually comes from the Italian supercar maker’s habit of naming its cars after fighting bulls. That said the satanic motif was apt for a car that in 1990 had a 5.7-litre V12 engine that did 0-100km/h in 4.5 seconds before reaching a top speed of 325km/h. The Diablo was the successor to the company’s revolutionary Countach, which means ‘heavenly’ and one could also surmise they were trying to fully differentiate between the two. 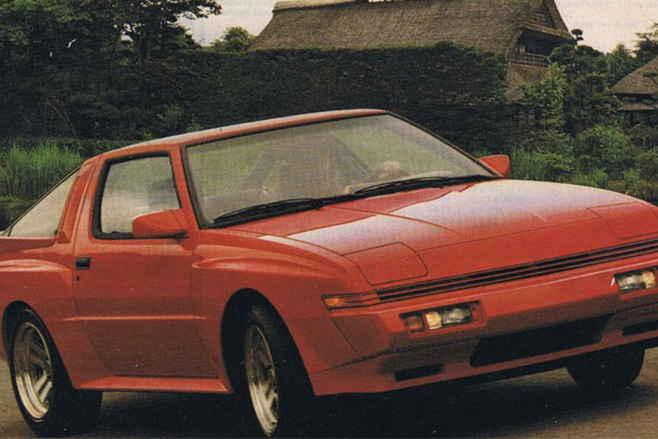 Dodge knows how to name cars. Take your pick from Viper; Daytona; Rampage; Ram; Charger; and even Ramcharger! What’s great about the Dodge Conquest name is that it was the company’s stubborn but wise insistence of rebadging the awfully – and supposedly errantly – named Mitsubishi Starion. Legend has it the turbocharged sports coupe was to be given a horsey name like its Colt and Eclipse stable mates (Eclipse was a champion racehorse) and was called Starion because of the Japanese suits’ inability to pronounce stallion. Mitsubishi insists the name is derived from “Star of Orion” and refers to both a star and a mythical horse called Arion. Either way Conquest sounds way better. 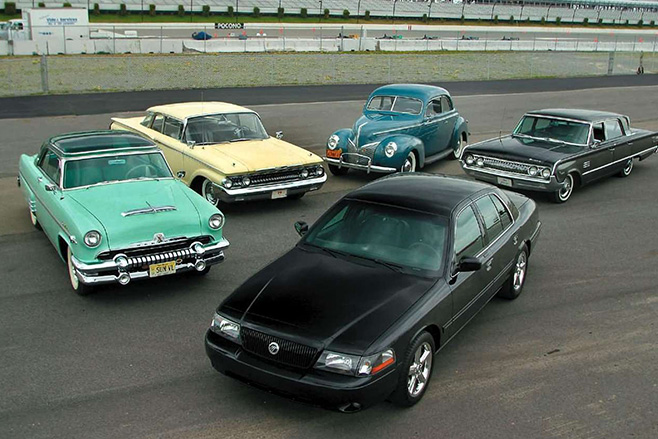 Mercury knew it was on a good thing with this name, but wasted it three times on cars that proved less than successful. The first was the Ford Galaxie-like four door sedan and two door hardtop from 1963-65 which was followed by a stylish two-door hardtop produced in 1969-70. While these are now classics, not even time will make the 2003-04 revival Maruader any more desirable. The bland looking sedan was based on the sleep-inducing Ford Crown Victoria. 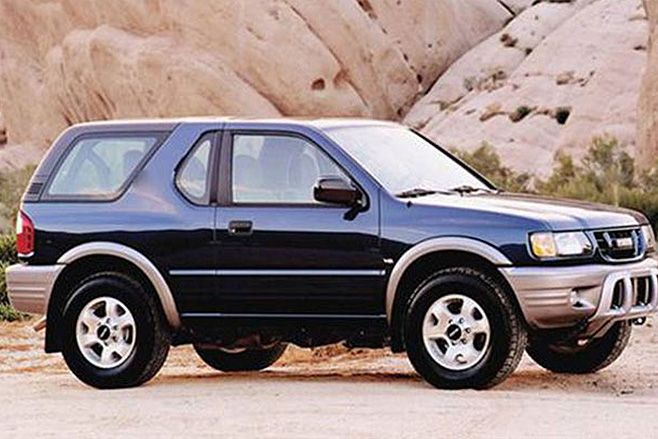 This is a case of a Japanese name translating poorly to English, but still being way more delightful than the rebadged Holden Rodeo, Vauxhall Frontera or the – wait for it – Honda Passport! The Mystery Utility Wizard wasn’t a success in its native Japan but it’s boringly named international variants sold well in Australia, Europe and the Americas.

Want more? Check out the coolest police cars of all time.