Bang For Your Bucks’s price ceiling was meant to fence off the event from super-expensive, super-fast cars. The thinking was this would leave Performance Car of the Year, with its jaw-dropping vehicles, as this magazine’s ‘blue ribbon’ event.

However, Audi’s RS3 was looking to tear that blue ribbon in half. When it faced off against Mercedes-AMG’s A45 earlier this year, it tore a chunk out of Affalterbach’s hatch with a 3.95sec sprint to 100km/h. That would’ve been faster than 80 per cent of last year’s PCOTY field. 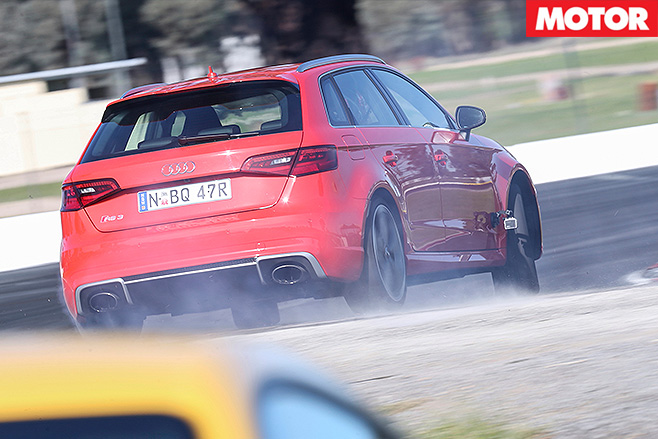 Little surprise, too. When Audi slaps an RS badge on its A3, there’s an angry turbocharger filling five cylinders up front, seven quick-fire gears behind it and a centre-differential in the middle. While the first RS3 was never sold in Australia, the second-generation debuts the badge here with an extra 20kW/15Nm.

Unfortunately, though, this formula wasn’t so alchemic come game day. Even with its seven-speed dual-clutcher’s launch control, it just couldn’t extract that magic three-second sprint. Firing from a standstill on a cold Benalla morning it tagged 100km/h in 4.23sec on its way to 12.42sec quarter.

That’s certainly not snoozing. It was enough to clinch second in both disciplines against a troop of big-boost sixes and V8s. But perhaps more importantly, it trailed the A45 by 0.05sec. 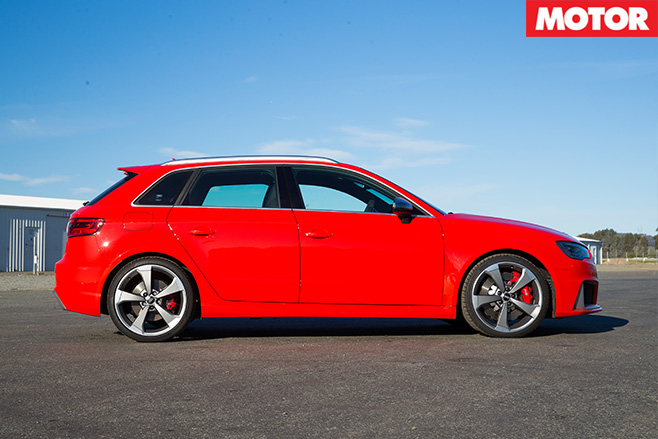 However, power isn’t meant to be the only trick in the RS3’s repertoire. Based on the S3, its ‘R’ badge adds widened tracks, aluminium-rich suspension and lowered ride height. Optional carbon front brakes are available, but our test car instead opted for fatter 255mm front treads and magnetically-controlled adaptive dampers.

How does this fare out on track? Well, not quite as you’d expect. Audi boasts the RS3’s all-wheel drive system can shoot all of its 465Nm rearwards for ‘drifts’, but only when its front boots slip first.

Don’t think that makes the RS3 a boring steed. You just have to tip-in with some lift-off to involve the rear-end. Its chassis is so friendly you can throw it around all day, ready to catch it with a clear, crisp steering rack. 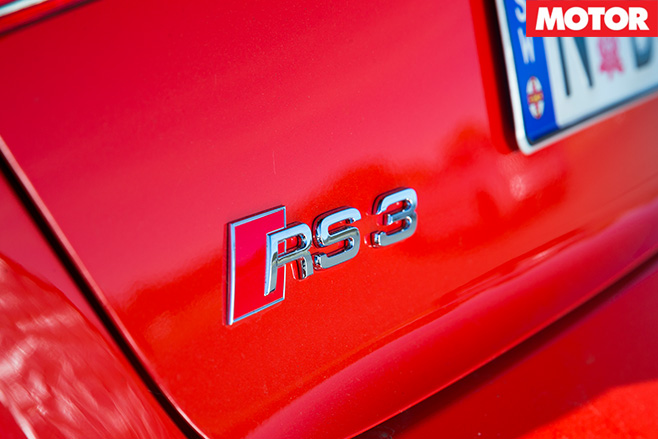 While it pulls out of corners like it’s winched, the hard numbers aren’t enough to pull it from the mid-field on dynamic merit. Traction’s hardly an issue, but the absence of Audi’s trick sports rear differential means the RS3 can be a bit pushy and fails to make its 1520kg feel truly agile.

That’s probably why its lighter cousin, the Audi TT S, managed to carve a second out of its lap time and trump its apex speeds. Even still, the RS3’s demonic pace helped it wind up third in the $50K-$100K Bang rankings, its score 31.6 points clear of the SS-V Redline.

Better yet, that margin proved so big that even a lowly ninth for its Bucks rating didn’t drag down its overall place – even with $3680 of options making the car more expensive than all but the M2 and TT S.

So Audi’s RS3 is friendly, fun and fast enough, but a better side-step and a drop in dollars will squeeze a better result from the formula next time. For now, it’s third place for the RS3 – and an intact blue ribbon for us. 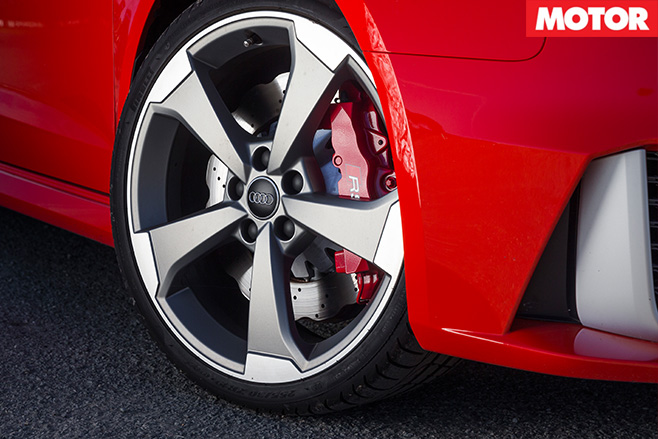 JUDGES COMMENTS
07 David Morley "I wanted more from it on the track. Awesome road-car, though"
05 Dylan Campbell "More of a hot-rod personality than surigcal weapon. Suits me."
04 Louis Cordony "Supercar-aping noise and friednly chassis make it hot-hatch manna"
06 Scott Newman "Group B warble compensates for its minor dynamic shortcomings."

"This thing is a little pocket rocket, but one of the limiting factors is you struggle through the tight stuff. You roll through in third and then when you’re getting ready to jump on the throttle it kicks back to second on corner exit. In terms of overall lap-time, I think it costs a fair bit of time and doesn’t help with the balance of the car going into the corner.

“The overall dynamics are quite impressive, it has very good initial turn-in, but it’s glued to the ground and so well-balanced that it takes away some of the enjoyment from what you could potentially get out of the car.” 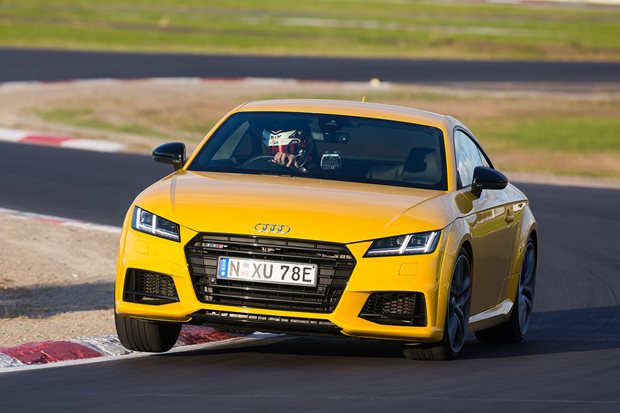 Too many bills, not enough thrills 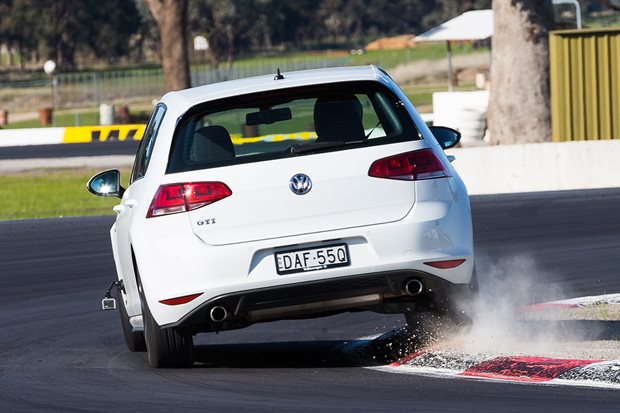 Fast and fun, but needs to fire the nanny