Mundane by name, monster by nature

‘Compliance Pack’: Not the sexiest name for a modified car, is it. I mean, what happened to ‘Thrust-o-Tron’ or ‘Helldeath 2000’?

Yet, the Herrod Performance entrant is hardly what you’d call a shrinking violet in any other way and, besides, the name alludes to the fact that, as the work of a fully-fledged secondary manufacturer, the Herrod car is 100 per cent legal.

Provided, of course, you only ever give it the berries somewhere like Winton, of course, because hold it flat from rest on the Queen’s Highway, and it’ll cease to be legal about 4.6 seconds later. Stay into it and you’ll have covered 400m in 12.4, which is a top-four result in both those disciplines. 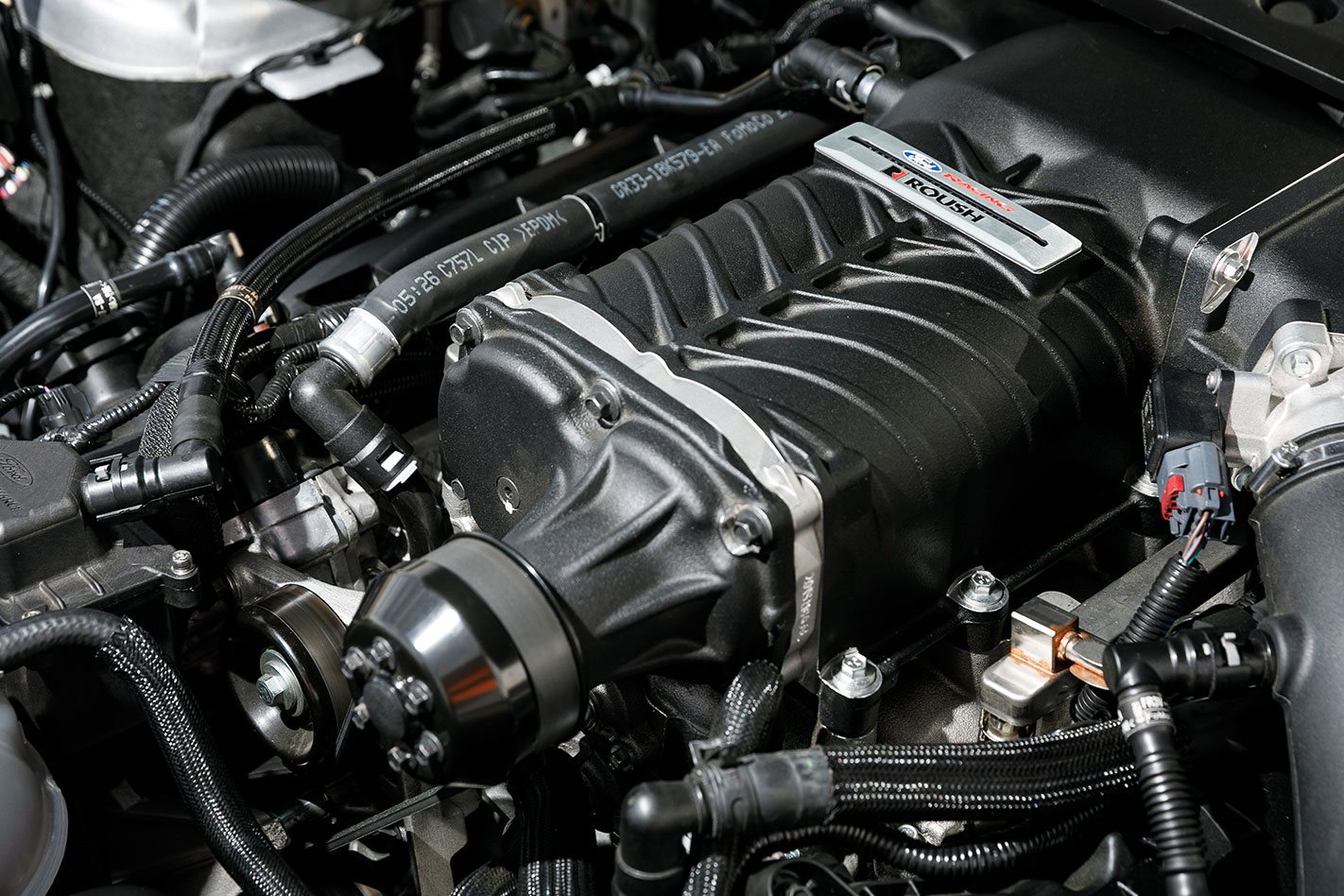 It’s all the result of a liberal application of boost. Herrod’s team have converted plenty of Mustangs (about 150, actually) to supercharged power these days and, beyond the fiddly job of removing a few small bosses on the Coyote’s alloy block, the Ford Motorsport spec pump is a relatively straight forward bolt-on.

The conversion includes an intercooler that gets sandwiched between the intake manifold and the blower and there’s a cat-back exhaust and a Ford Motorsport tune of the ECU. Without a dyno on site, we’re inclined to take Rob Herrod’s word for it when he says the output is 450kW at the wheels.

Boost is locked in at a maximum of 6psi, but the pressure is indexed for each gear in the six-speed auto, ensuring that no components are stretched beyond their comfort zone as engine speeds crank up. 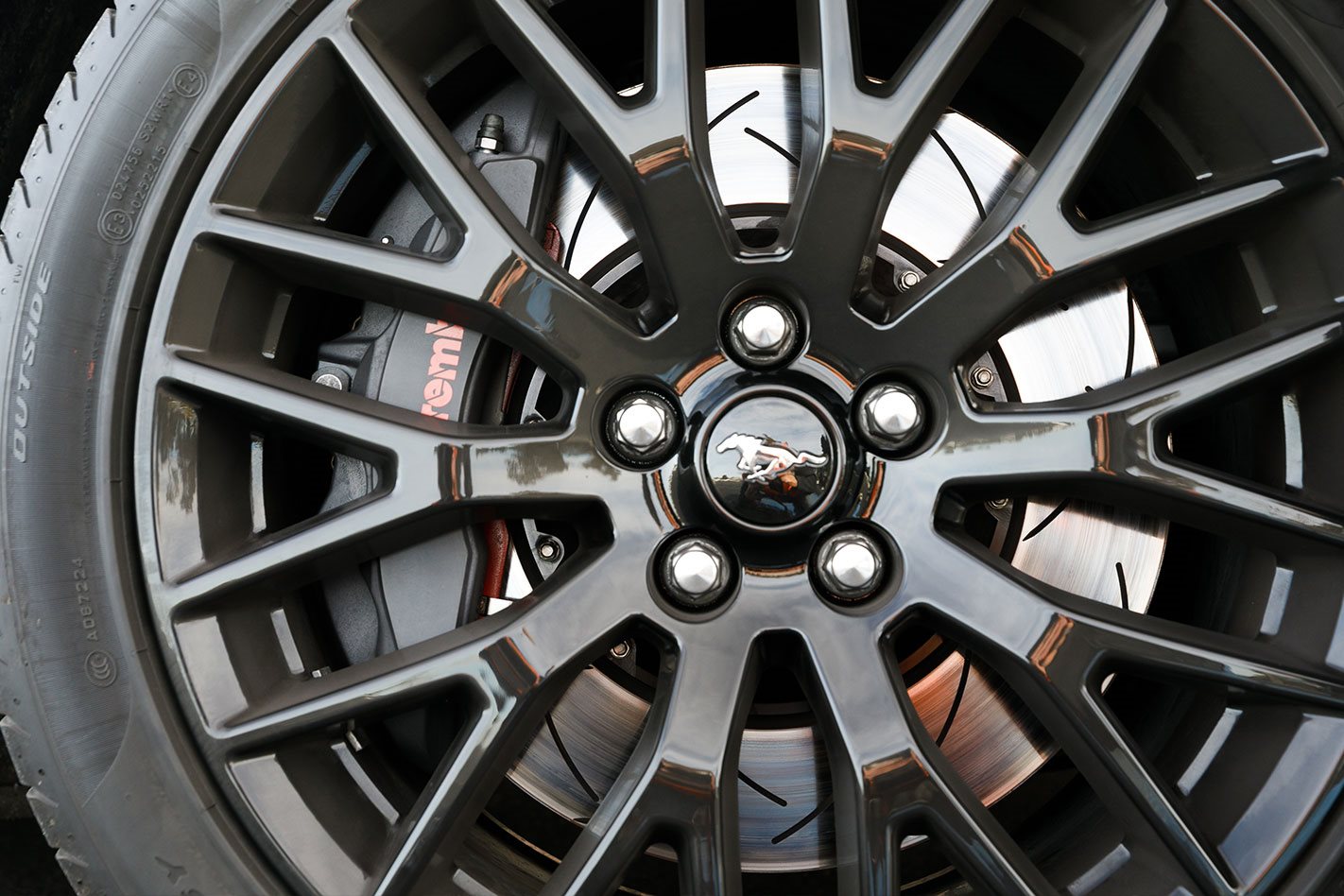 The Compliance Pack also allows for a set of lowered, stiffer springs and dampers and there’s an assortment of heat shields and rear suspension bushes to make it all just so. What you won’t find are bigger wheels and tyres or a monster braking package.

Because the car in this form is 100 per cent complied, there’s not the same scope for messing about with those items. That’s for the aftermarket and personal taste to sort out, says Herrod. 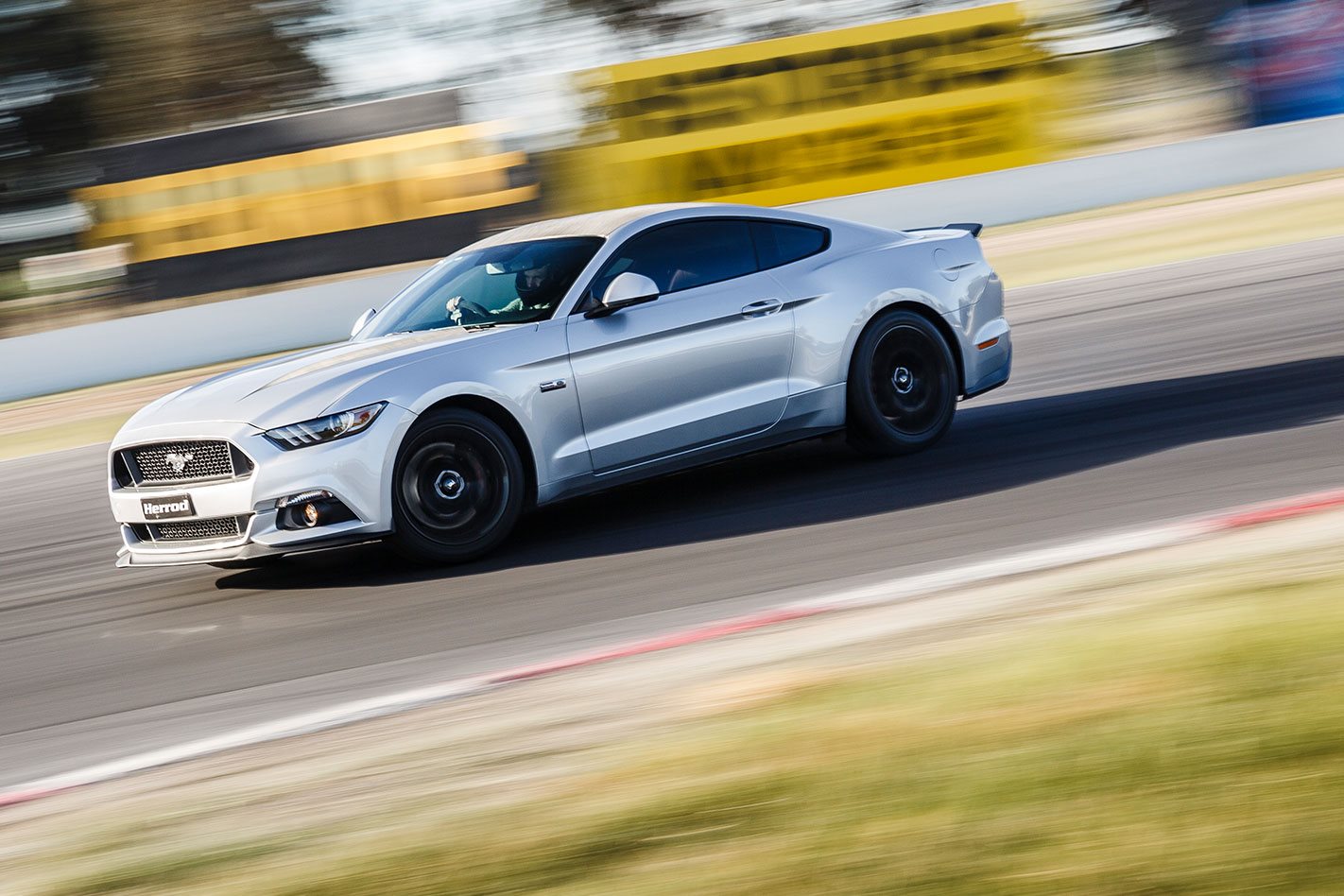 The most heavily modified of these cars all seem to have the odd quirk or two, usually as a result of using set-ups and tech that are aimed at doing well at a Hot Tuner event rather than making for showroom levels of NVH. The Herrod car is no different. In its case, the grumbles (literally) are part and parcel of a stronger centre-bearing mount in the driveshaft.

The idea is to reduce deflection of the shaft when all those ponies hit home, but it means that there’s a slightly gravelly feel invading the cabin on full-bore launches. But again, it’s not a criticism, it’s an observation and it’s all because tuners like Rob Herrod know what a hiding any car in Hot Tuner can be expected to face. 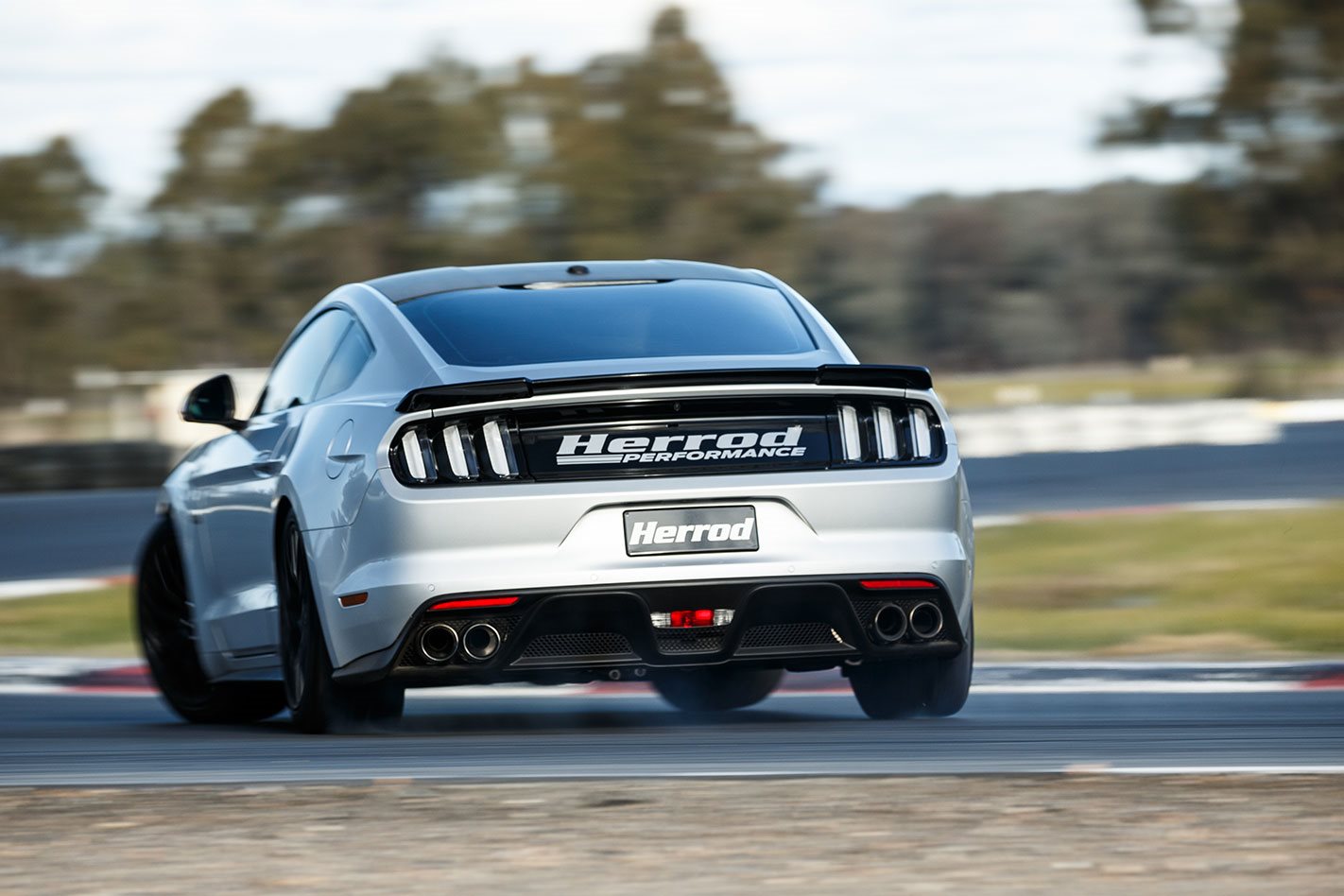 Beyond that, the ride is a bit firmer in response to that new hardware, but it’s not terrible and really takes that little bit of initial slack out of the standard ’Stang’s demeanour.

And while the engine has the real big horses stacked up high, it’s still porky enough down low to feel fast from any revs. It’s just that when you do release the hounds, not much is gonna stay with it. Or anywhere near it.

Beyond that, however, the Herrod car is remarkable for just how close to a stocker it sounds and feels. And when you consider what it’s capable of, that’s a big part of its attraction, especially to the type of geezer who can buy and immediately modify a brand new Mustang GT.

“For as long as we’ve been doing Hot Tuner, Herrod Performance has been coming along with some great cars like this Mustang.

“It’s not always about trying to chase a lap time or a number down the strip, Herrod brings what customers drive on the road.

“This car does everything right while still being an everyday road car. It’s not about being a track-day special.

“Full credit to Herrod as they’ve produced another great vehicle.” 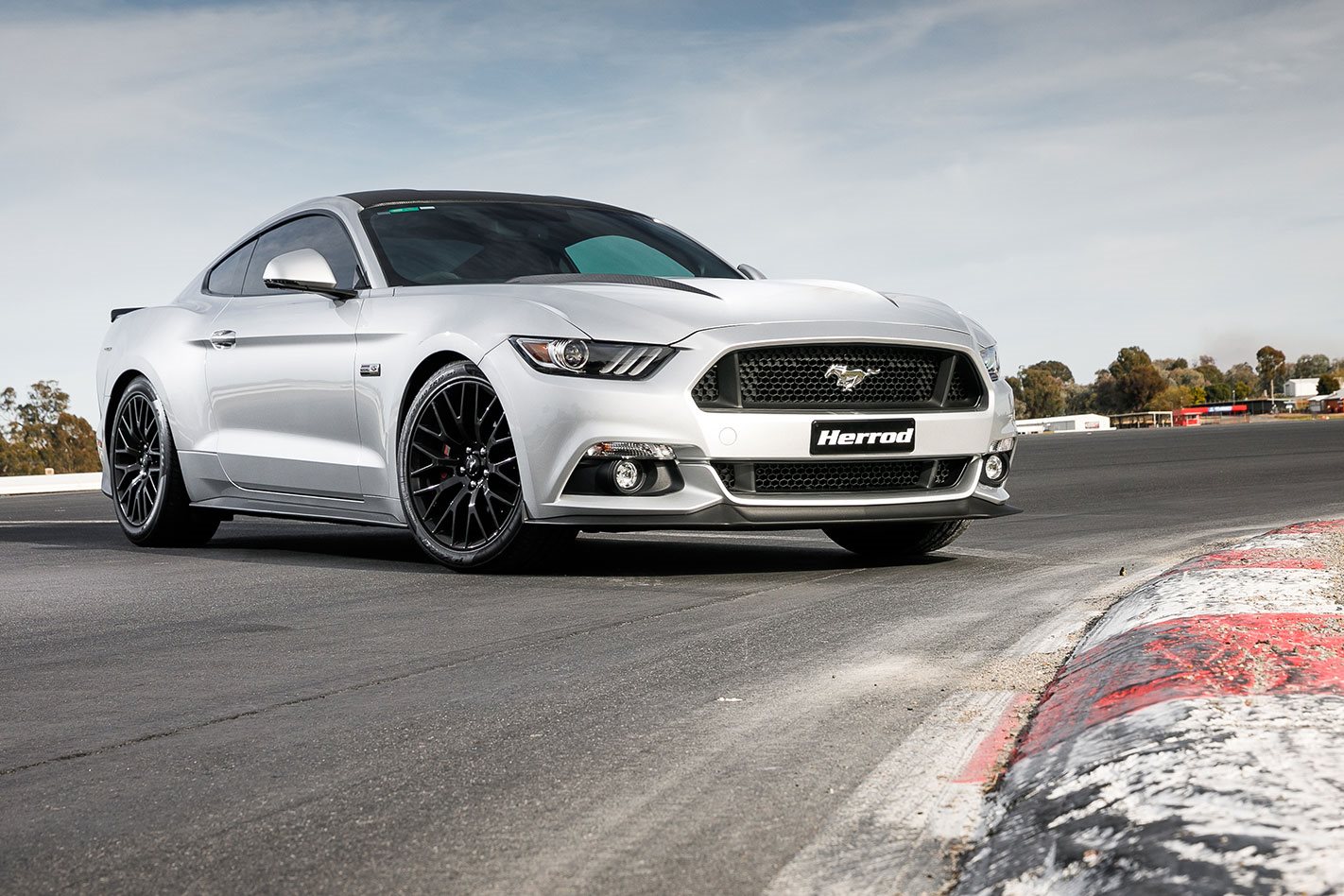 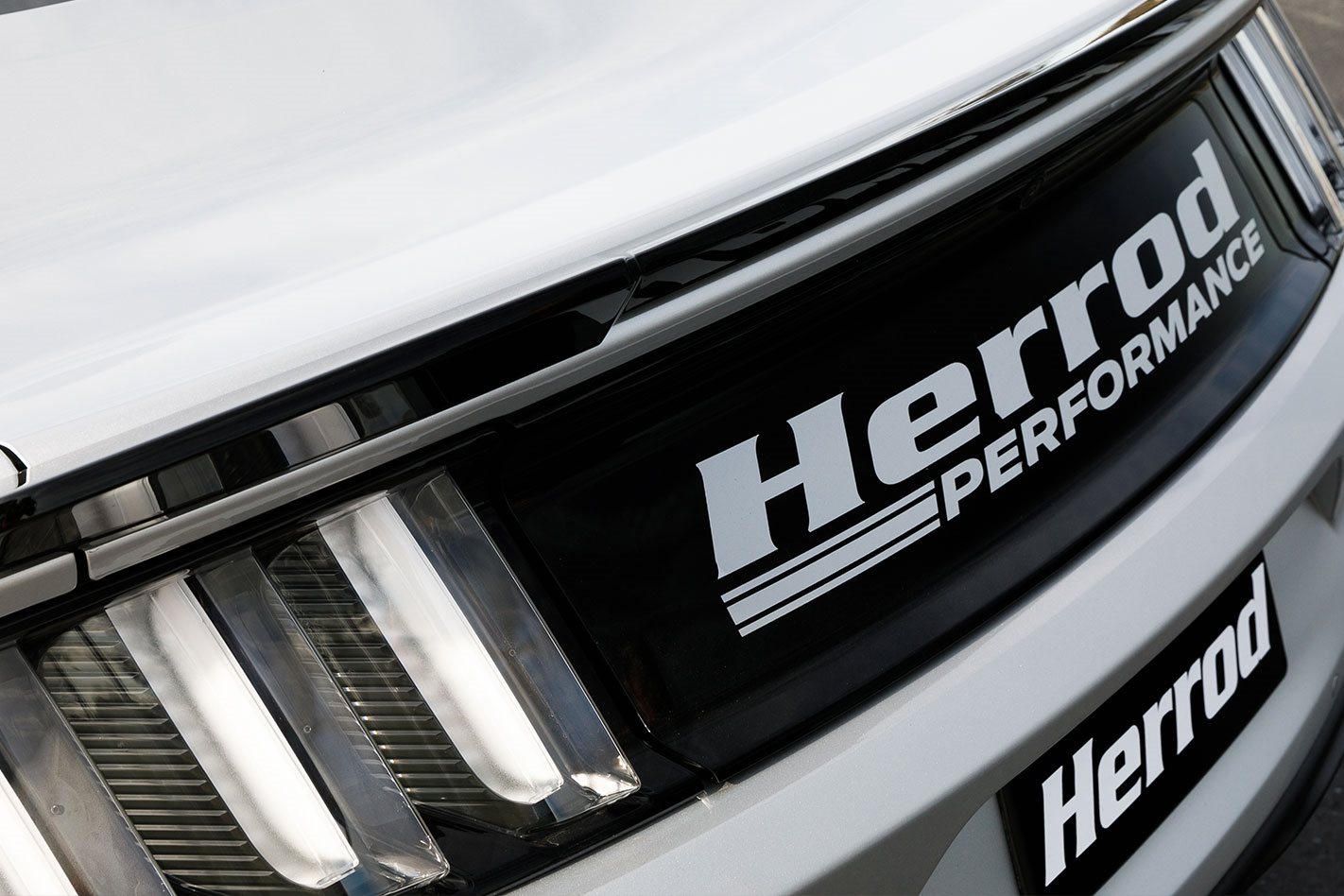