Powered-up pony car packs a hell of a punch

It’s been about a year since we first sampled a Herrod Performance Ford Mustang and in the intervening 12 months around 120 examples have left Herrod’s Thomastown headquarters.

It seems Aussie punters are pretty keen on the idea of a fully ADR-complied, hassle-free 500kW+ muscle car for well under six figures – who would’ve thought? 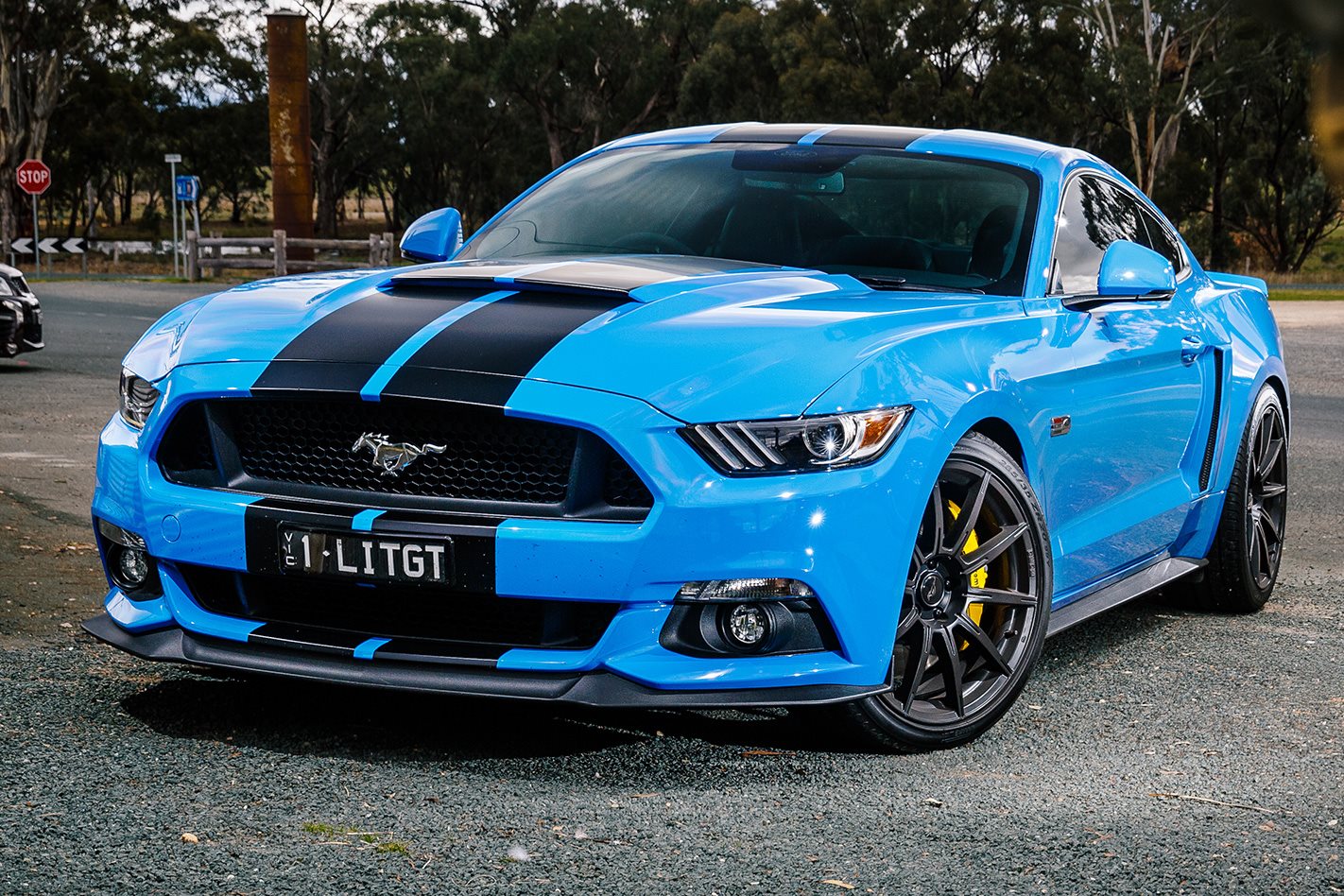 We’re revisiting the concept because Herrod’s latest test car is fitted with a number of other Ford Performance goodies and, crucially, a six-speed manual gearbox. Just like a muscle car should be.

Before we start on the new stuff, however, a quick refresher on the basics. Herrod’s core offering is its Compliance Package, which as the name suggests is not only ADR-compliant but ADR complied.

It’s a small difference but a crucial one. ADR-compliant means there’s every chance that the car or part complies with Australian Design Rules, however ADR complied means it’s been government-tested and certified and Herrod has the mountains of paperwork for each car from Canberra to prove it. 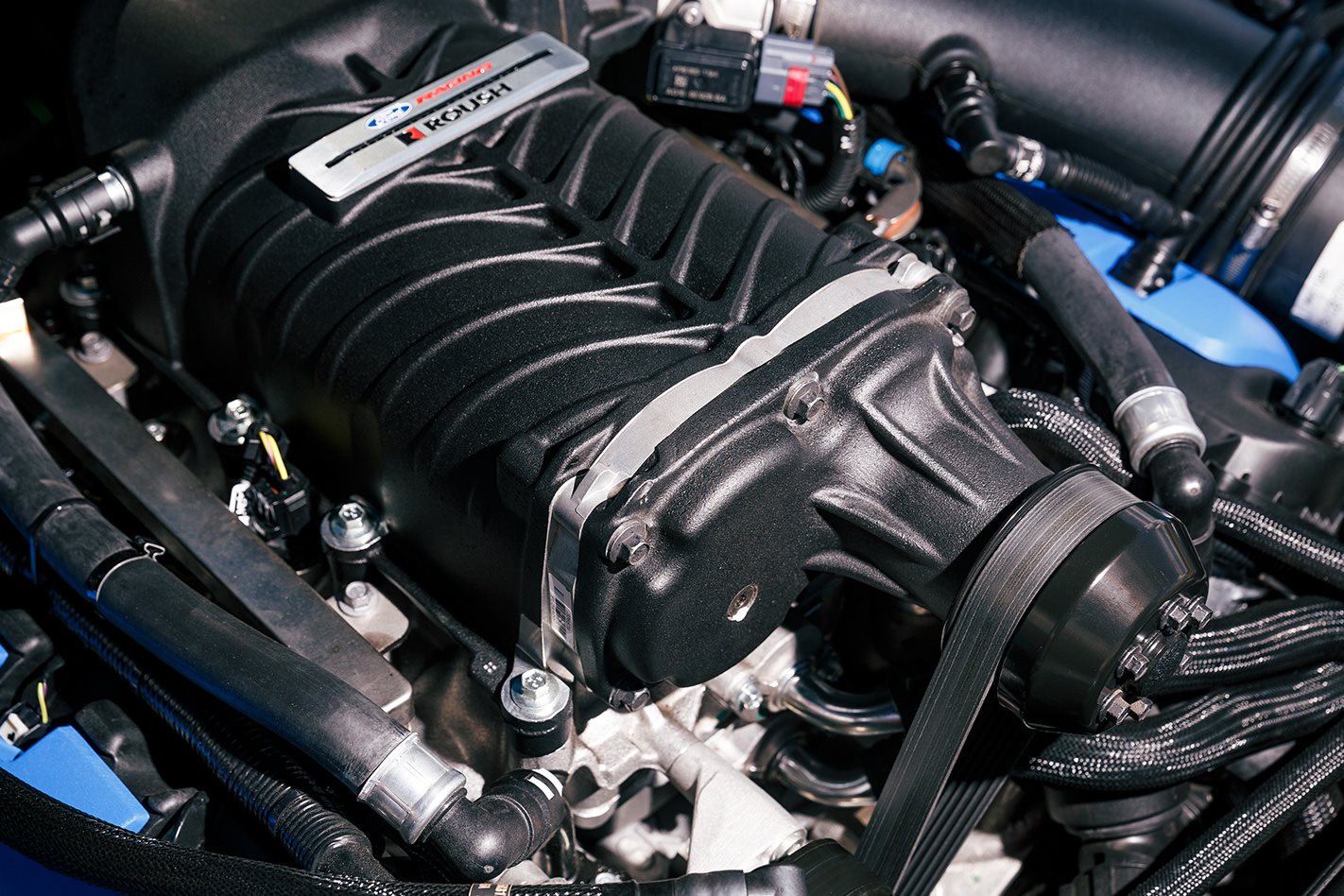 The Compliance Package comprises some choice goodies from the Ford Performance parts catalogue, including a 2.3-litre supercharger kit, high-flow stainless exhaust and lowered springs and will set you back $21,500.

But what it taketh with one hand it more than giveth with the other as it extracts a (conservative) 500kW/730Nm on 98RON pump fuel from the 5.0-litre Coyote engine.

Backed by an automatic gearbox we’ve recorded 0-100km/h in 4.19sec and a 12.14sec quarter mile at 197.20km/h, however with three pedals and a DIY shifter the matter is a little more complicated. 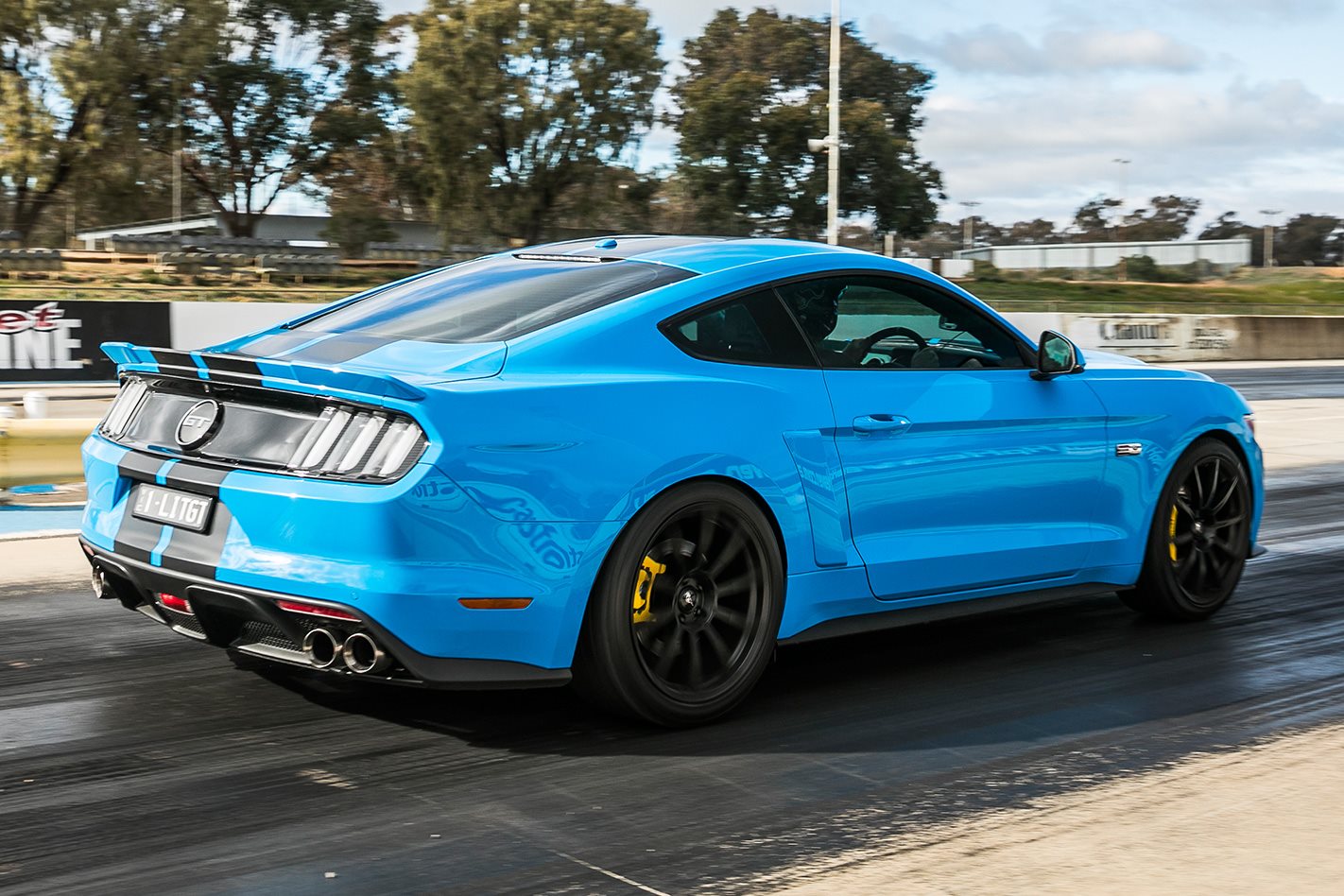 High-horsepower manual rear-drive cars are the most difficult (read: impossible) to performance test and the Herrod is no exception. Full throttle isn’t really on the cards until third gear, which explains the lackadaisical 4.99sec 0-100km/h time.

It makes sense if you think about it. The standard Mustang can only j-u-s-t put its 306kW to the ground on its way to clocking 100km/h in around 5.0sec, so despite slightly wider rear rubber (285mm) it can still only use around 300kW so there’s little surprise it doesn’t go any quicker. A stickier surface would yield much better results.

Once hooked up it devours gears like it’s been on a hunger strike, which brings a new problem. Aussie Mustangs come standard with the short 3.55:1 diff ratio and the Herrod is so fast it needs a change to fifth at about the 350m mark. 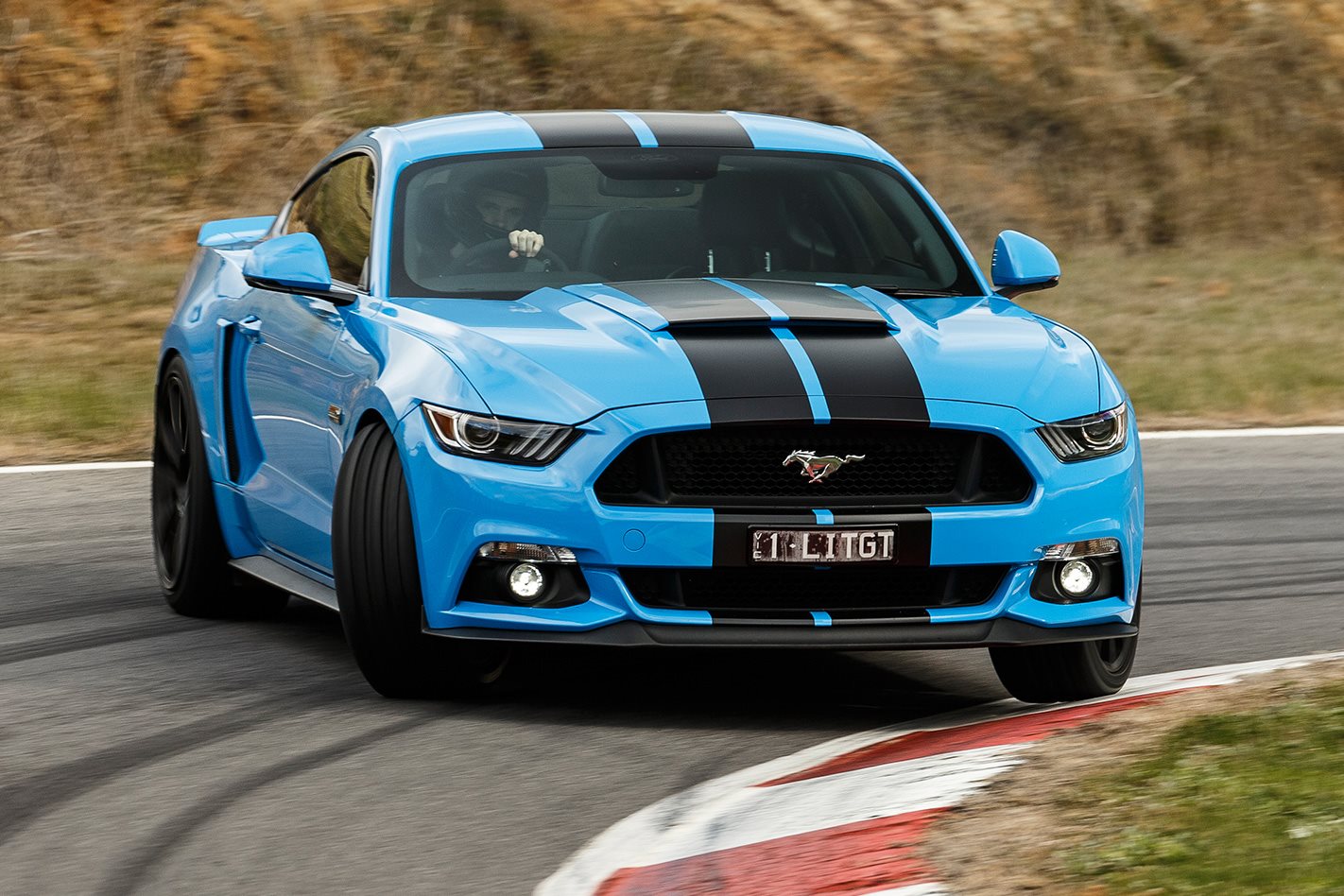 Ford Performance’s short-shifter does little to improve the standard Mustang’s ’box and it was a lottery whether you’d select fifth or end up in angel gear. Get it right and you’re hauling through the traps in 12.59sec at 195.81km/h. Like we said, choose the auto and you’ll shave a half-second off that easy.

But we wouldn’t bother, as the manual brings out so much more of the Mustang’s personality. On the road, where against-the-clock figures couldn’t be less important, the Herrod ’Stang manically rips through the gears with a forcefulness that never seems to fade. 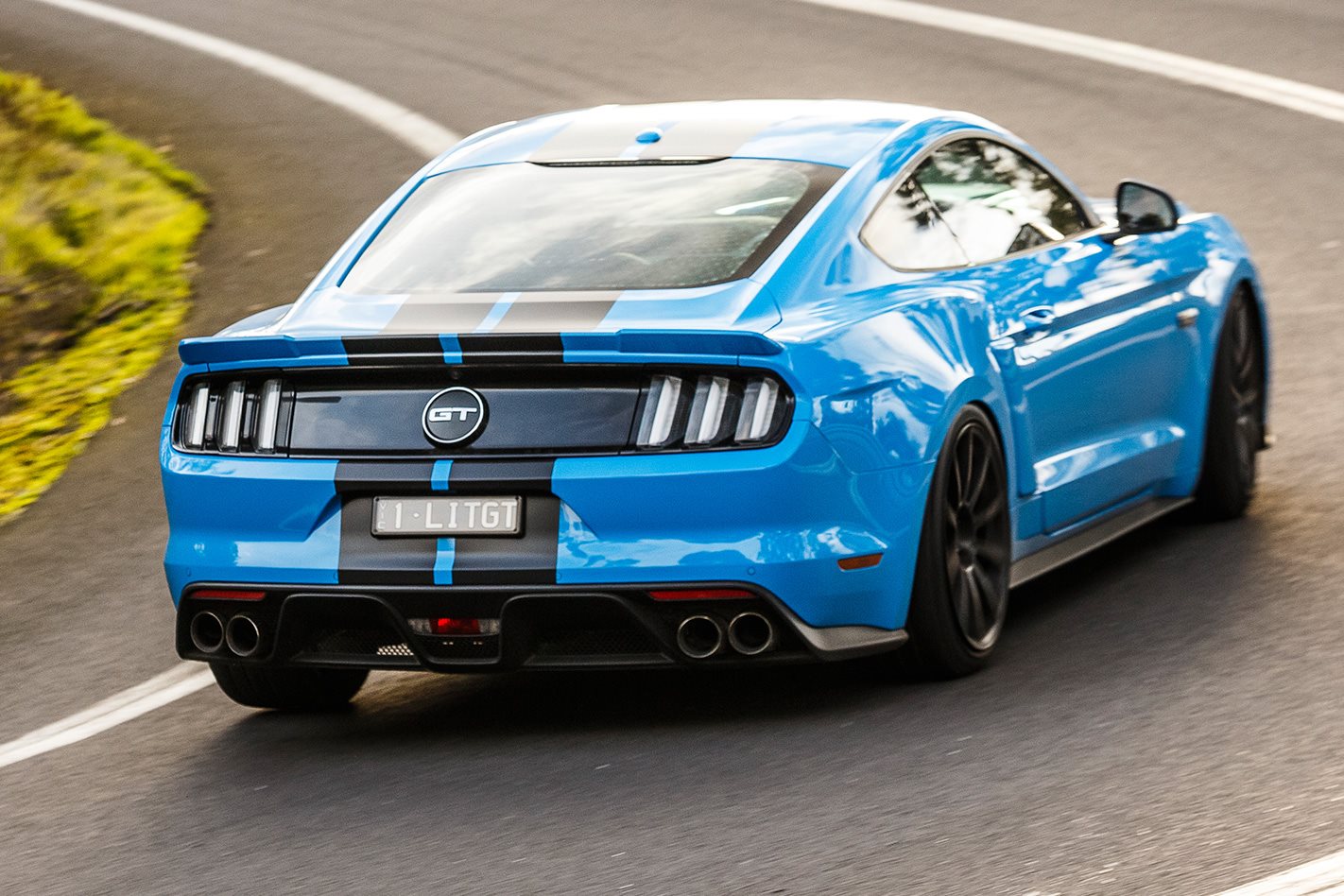 As mentioned, we’d stick with the standard shifter as the short-shifter adds plenty of effort for little reward, but the manual makes better use of that monster engine. If you didn’t know you wouldn’t guess it was supercharged, as it simply feels like there’s a rev-happy 7.5-litre V8 under the bonnet.

There’s a very slight hesitation in high gears at low revs but you almost have to go looking for it to notice it; otherwise it feels like a really, really powerful factory Mustang. The exhaust noise is a little muted, the V8 roar overlaid by some forced induction whoosh, but that’s the price you pay for having that government tick of approval.

Our test car, generously loaned by a Herrod customer, also used Ford Performance’s FR3 Track Handling Package ($2000), which does a fine job of sharpening the Mustang’s responses and body control while, if anything, improving ride comfort. 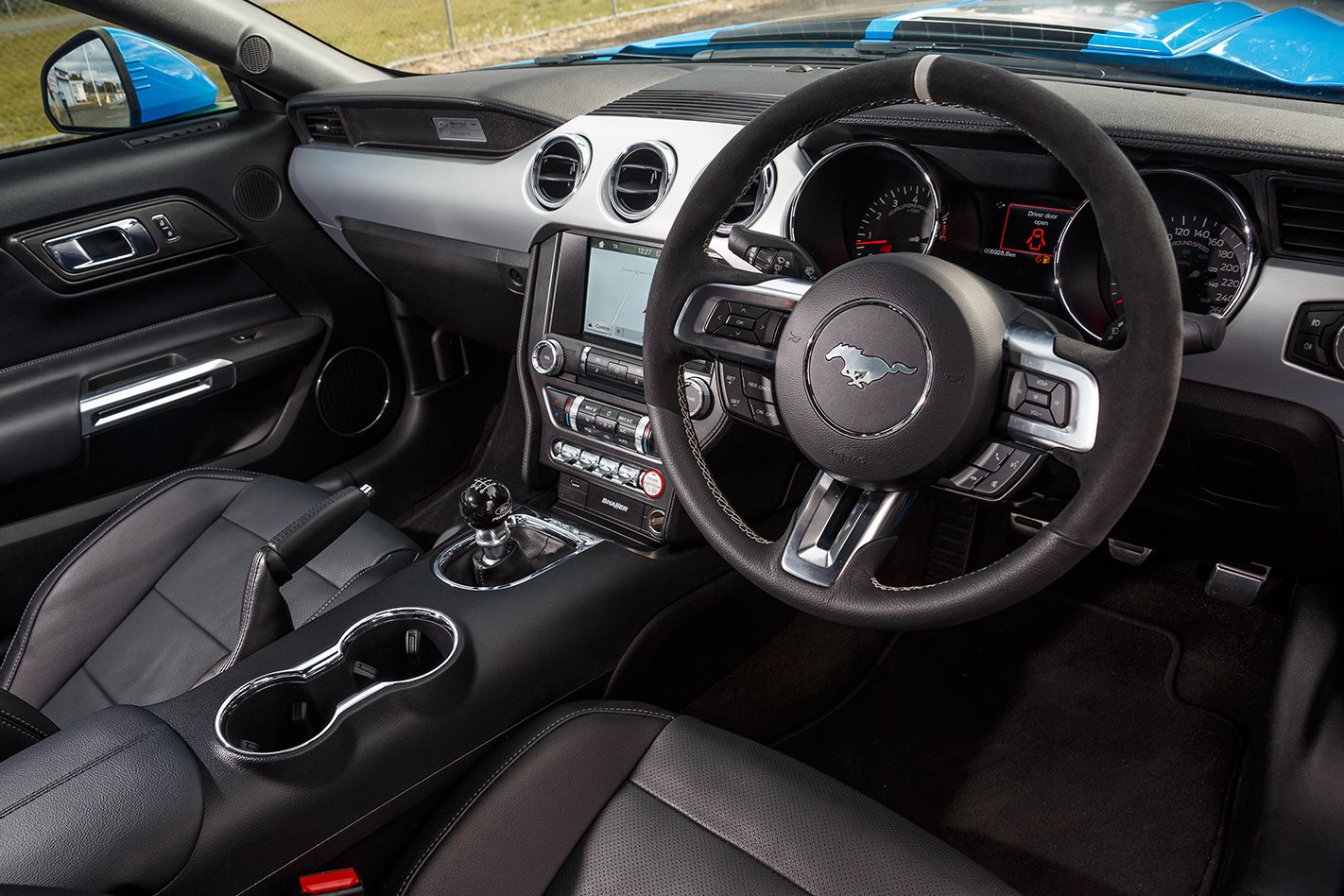 It’s firm, especially when teamed with 20-inch rims and low-profile tyres, but few will find it unacceptable. Speaking of wheels, while our test car wore Momo rims and an aggressive bodykit, Herrod tends to leave such modifications up to each individual owner. For our money, we’d take both as it looks extremely tough.

Our main criticisms have nothing to do with Herrod’s work but are worth mentioning. The stock diff really starts to struggle with this level of power, all too often spinning an unloaded inside wheel, and it’d be nice for a bit more front-end bite to help tuck the nose into corners. When the rear slides it does so quite abruptly, too, which can be exciting with almost 700bhp on tap.

Herrod’s upgrades add around $25,000 to the price of a Mustang GT so we’re not talking chump change, however even by the time you add your own rolling stock and aero you’ll have plenty left over from $100,000 for a car that looks awesome, goes like a bat out of hell and drives more or less like it came from Dearborn, not Thomastown. No wonder it’s popular. 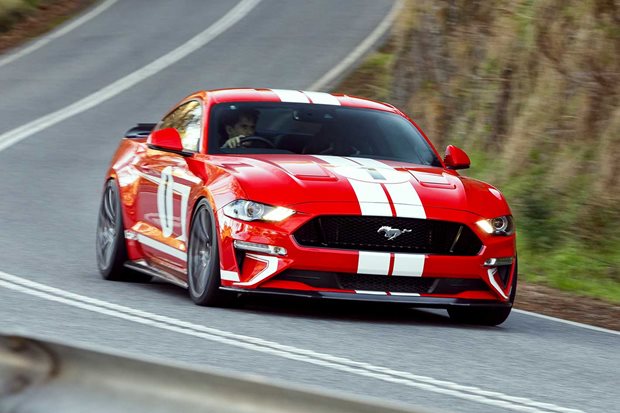 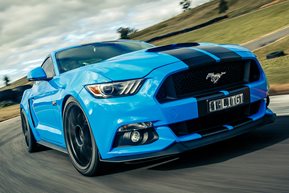 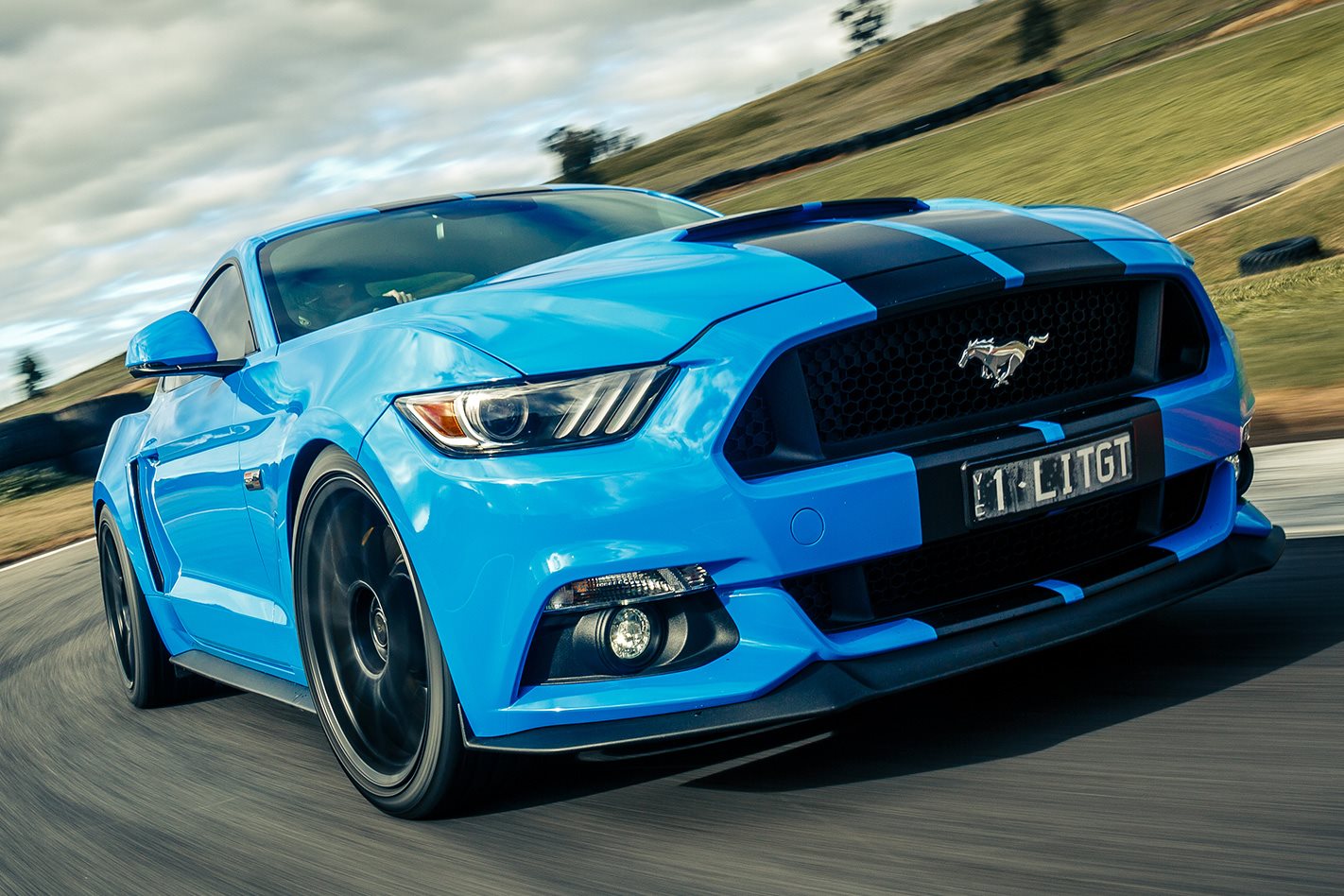 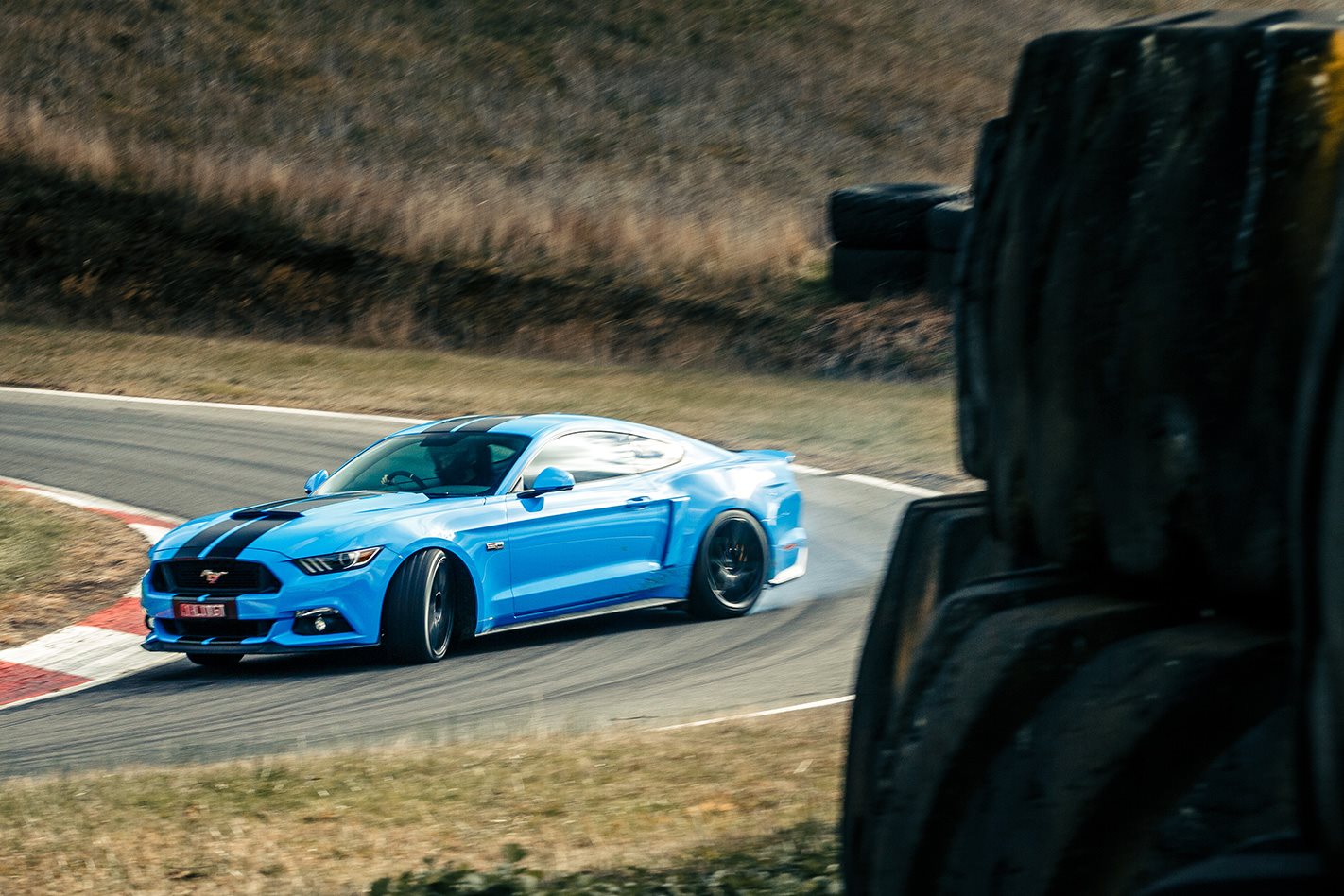 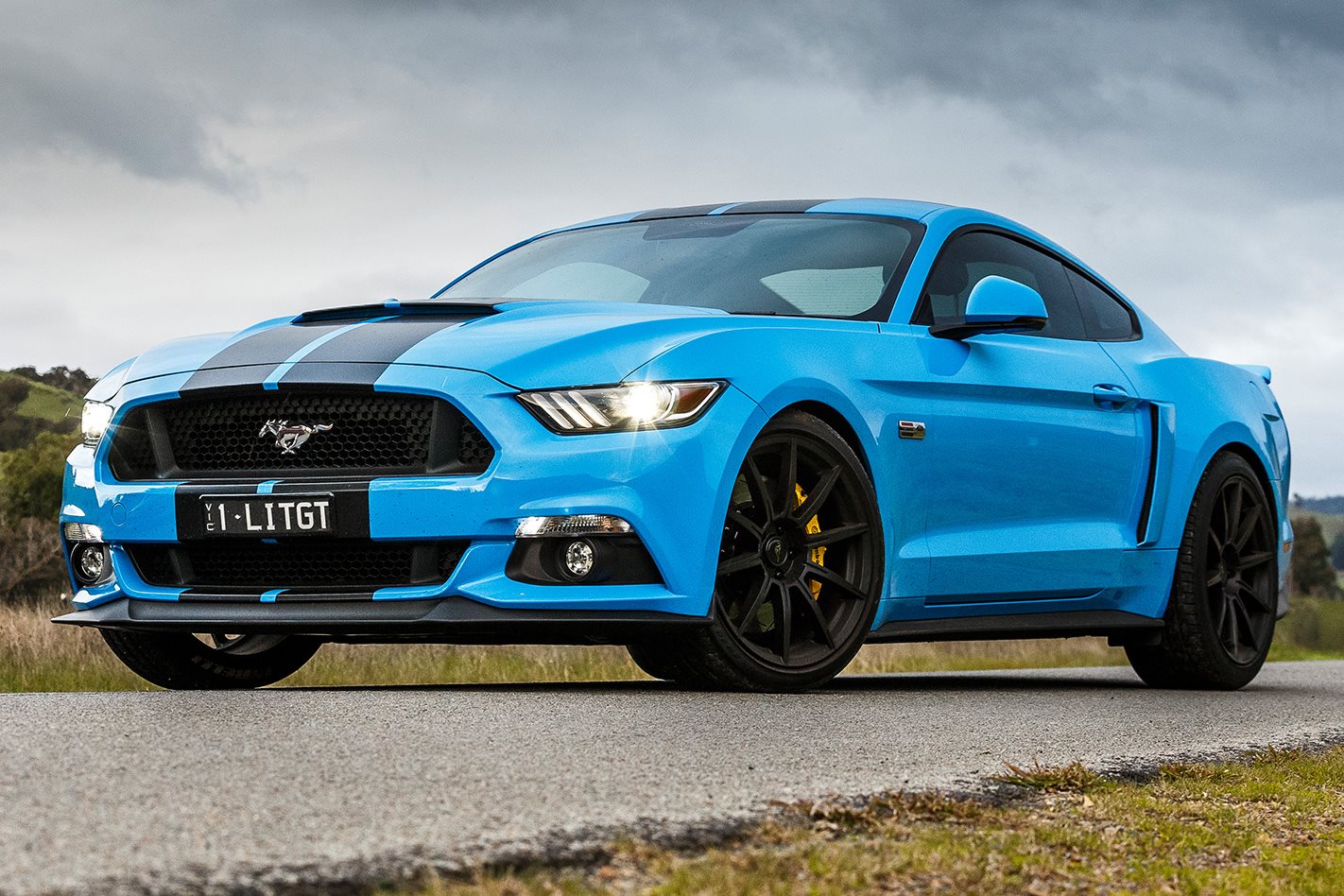 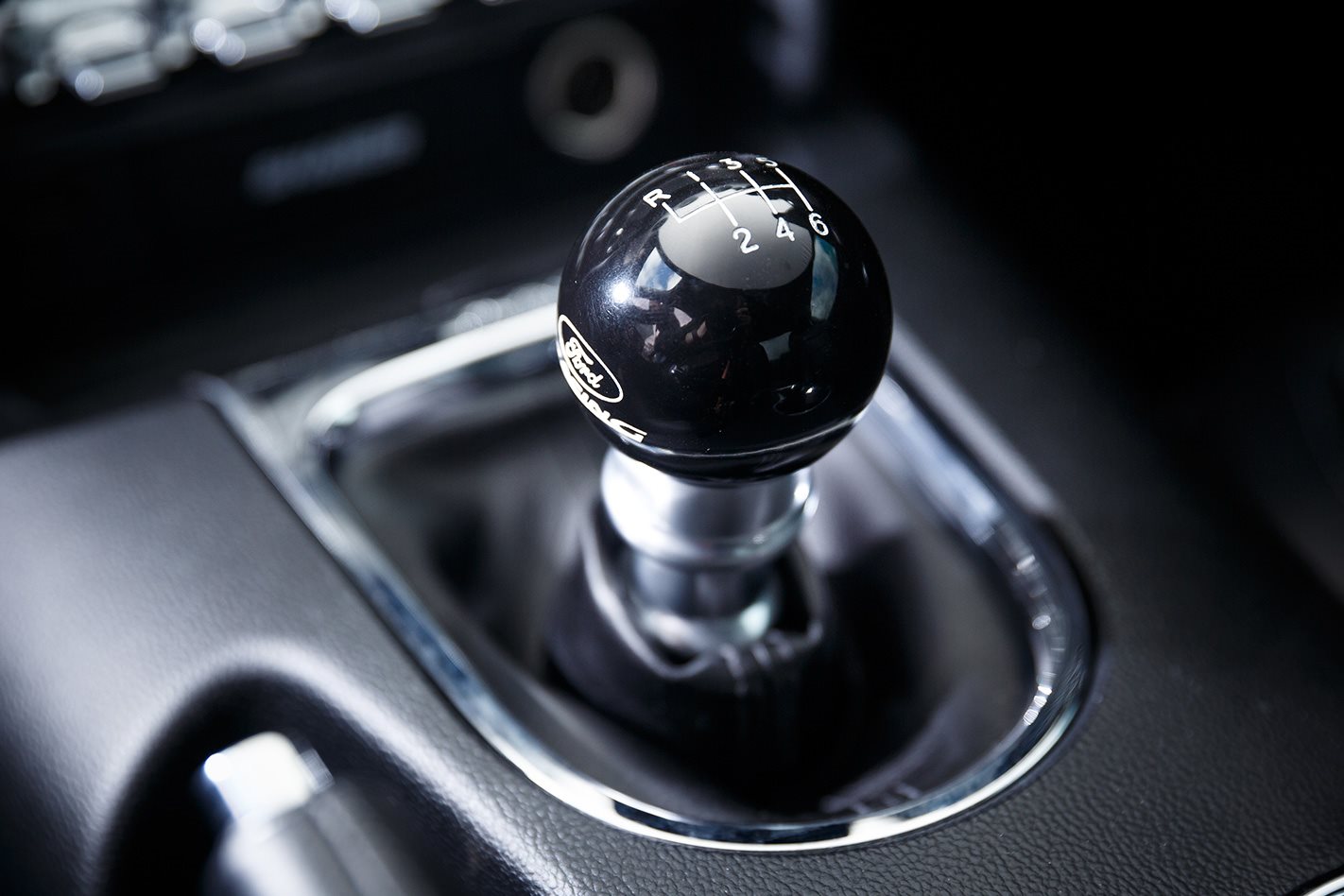 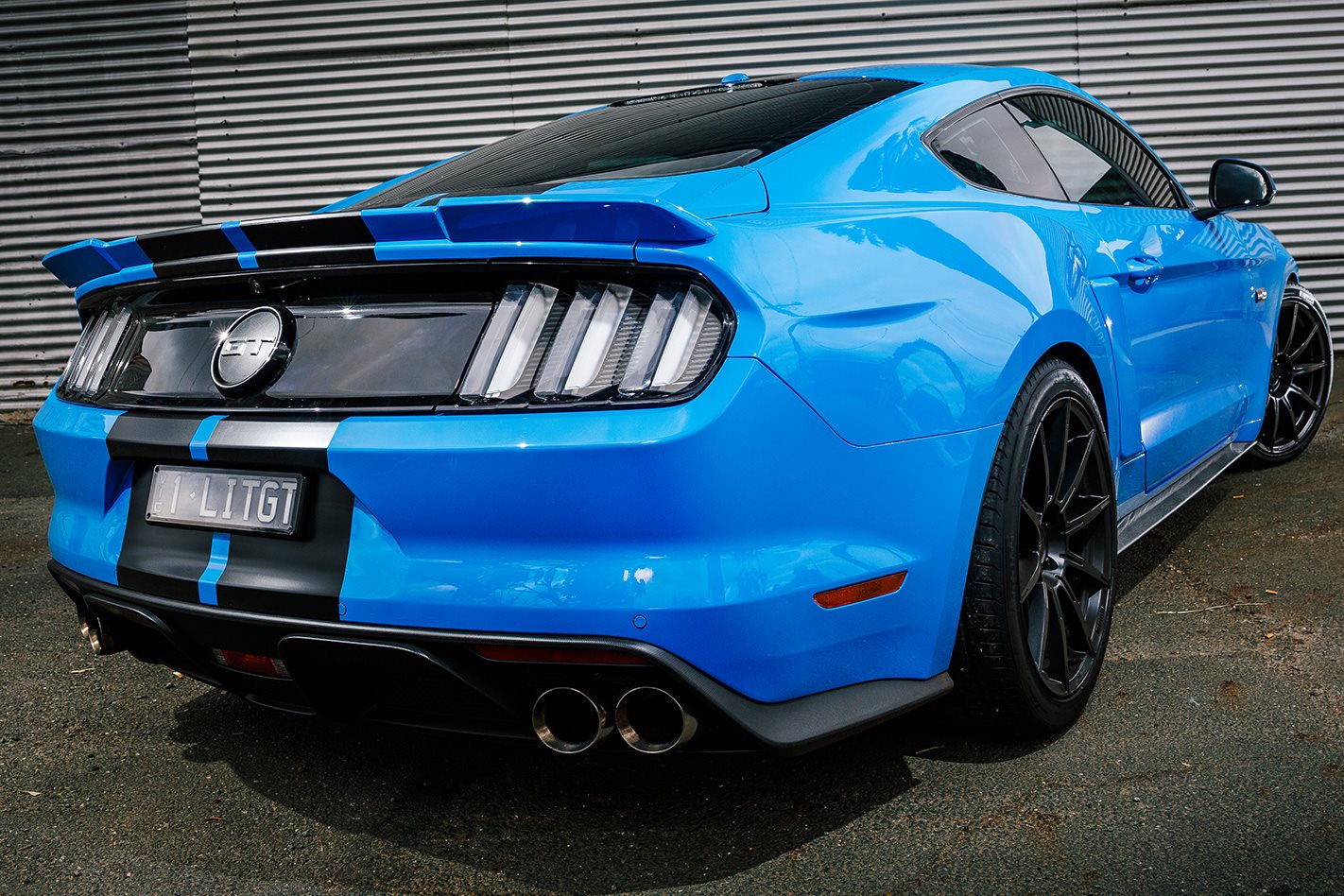 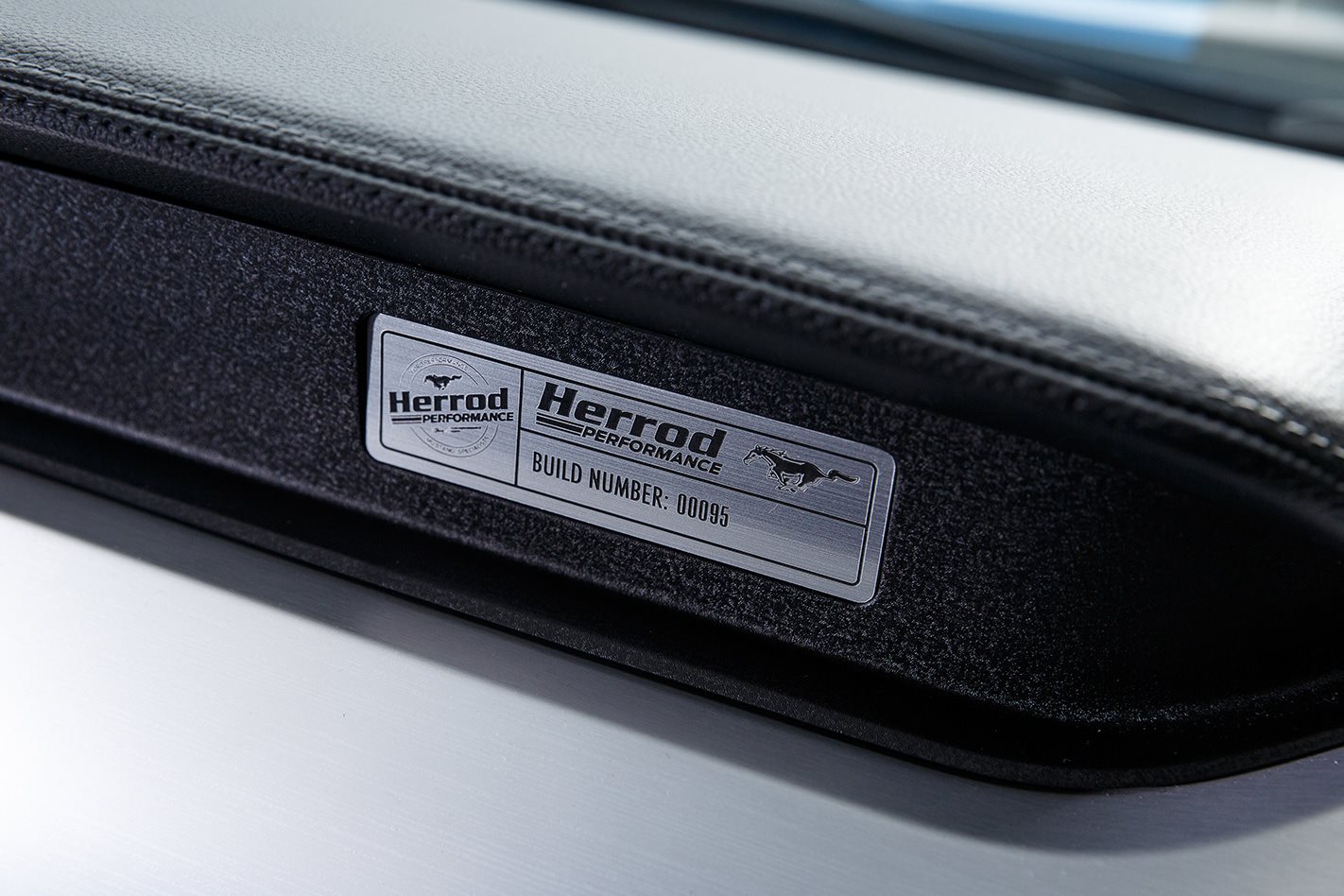 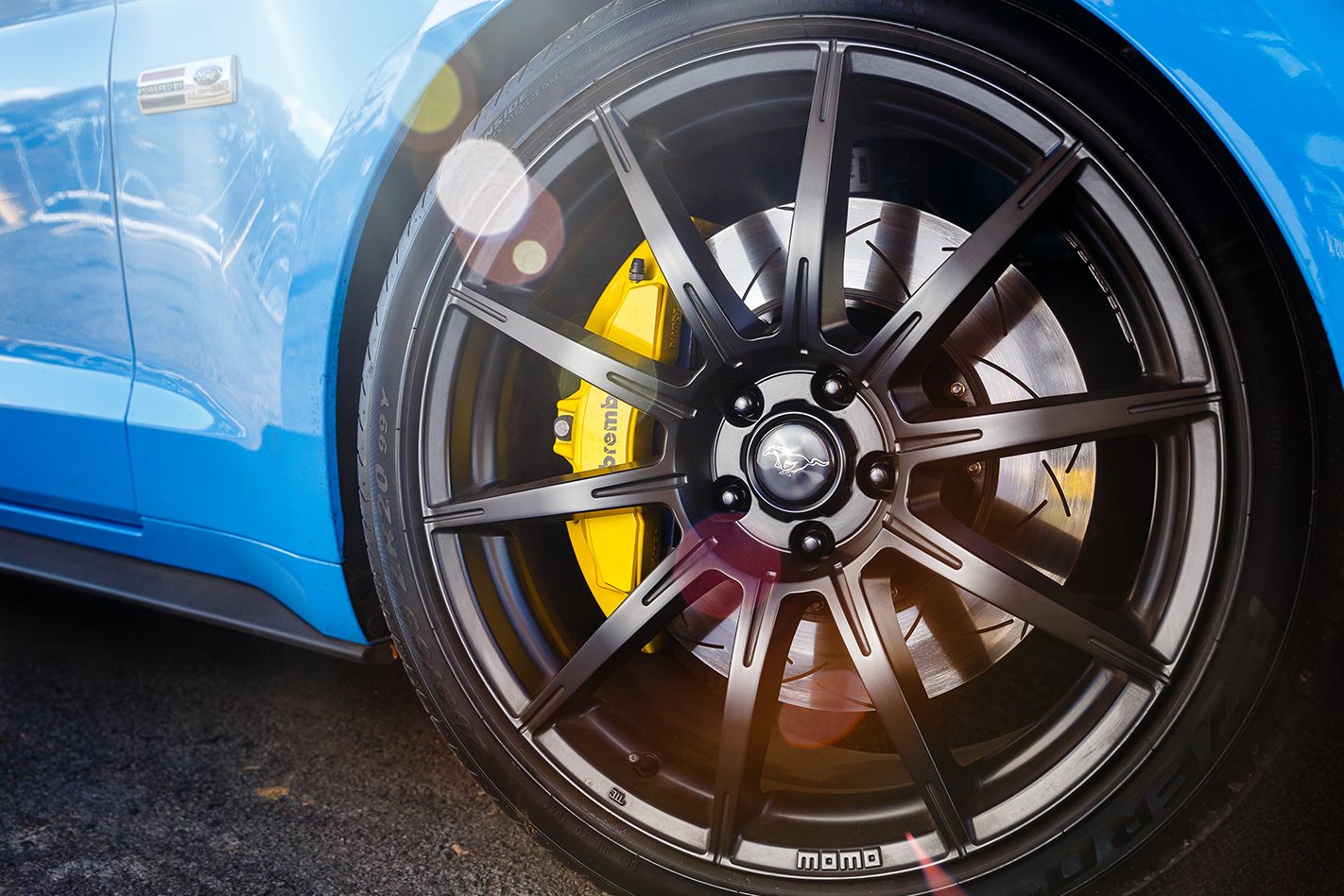