The proliferation of self-drive four-wheel drive tracks throughout Australia is evidenced by the growing number of self-drive tracks in South Australia’s Flinders Ranges. Some examples include the Bendleby Ranges self-drive, the Arkapena Scenic Adventure at Rawnsley Park Station, the Stirrup Iron Range 4WD adventure at Mulga View Station, and the well-known Skytrek at Willow Springs.

If you’re new to remote-area driving and not yet ready to head deep into the outback with your new 4x4, self-drive station tracks can help ease you into it without the concerns of getting lost… or worse. The self-drive tracks at Rawnsley, Bendleby and the Skytrek at Willow Springs offer an environment where you’ll always be close to help, with most stations operating a dedicated CB channel should you get into any strife. Self-drive tracks also vary in degrees of difficulty, so travellers can test their driving level and vehicle ability. Plus, punters are often provided with key local information by the station owners, which can include updates on track conditions, as well as detailed custom-made maps with highlighted points of interest.

Punters can explore three of the main station’s self-drive tracks in just a couple of days. Starting at the Bendleby Station, they will be less than 150km from Rawnsley Station; and Willow Springs (the Skytrek) is another 60km north of Rawnsley Station. Both Rawnsley and Willow Springs are very close to the Wilpena Pound, which was originally thought to be an ancient volcano but recent studies indicate it’s a natural amphitheatre of mountains. With its rugged,bright cliff faces, ancient gorges and extensive plains, explorers will be left with a lasting memory – it’s hard to believe that hundreds of millions of years ago, where the existing ranges now stand, was originally an inland sea.

If driving north, Bendleby Station provides the first opportunity to tackle some self-drive tracks. The Bendleby Ranges is a combination of two adjoining properties – Springs and Gumdale – and totals 150km². The many ruins scattered across the properties are testimony to the harshness this environment presented to its first settlers. The Ellery family (Gumdale) and Luckraft family (Springs) have owned these properties for more than 40 years. Today, the properties, while separately managed, feature incredible tracks to explore and several of the region’s well-kept secrets. 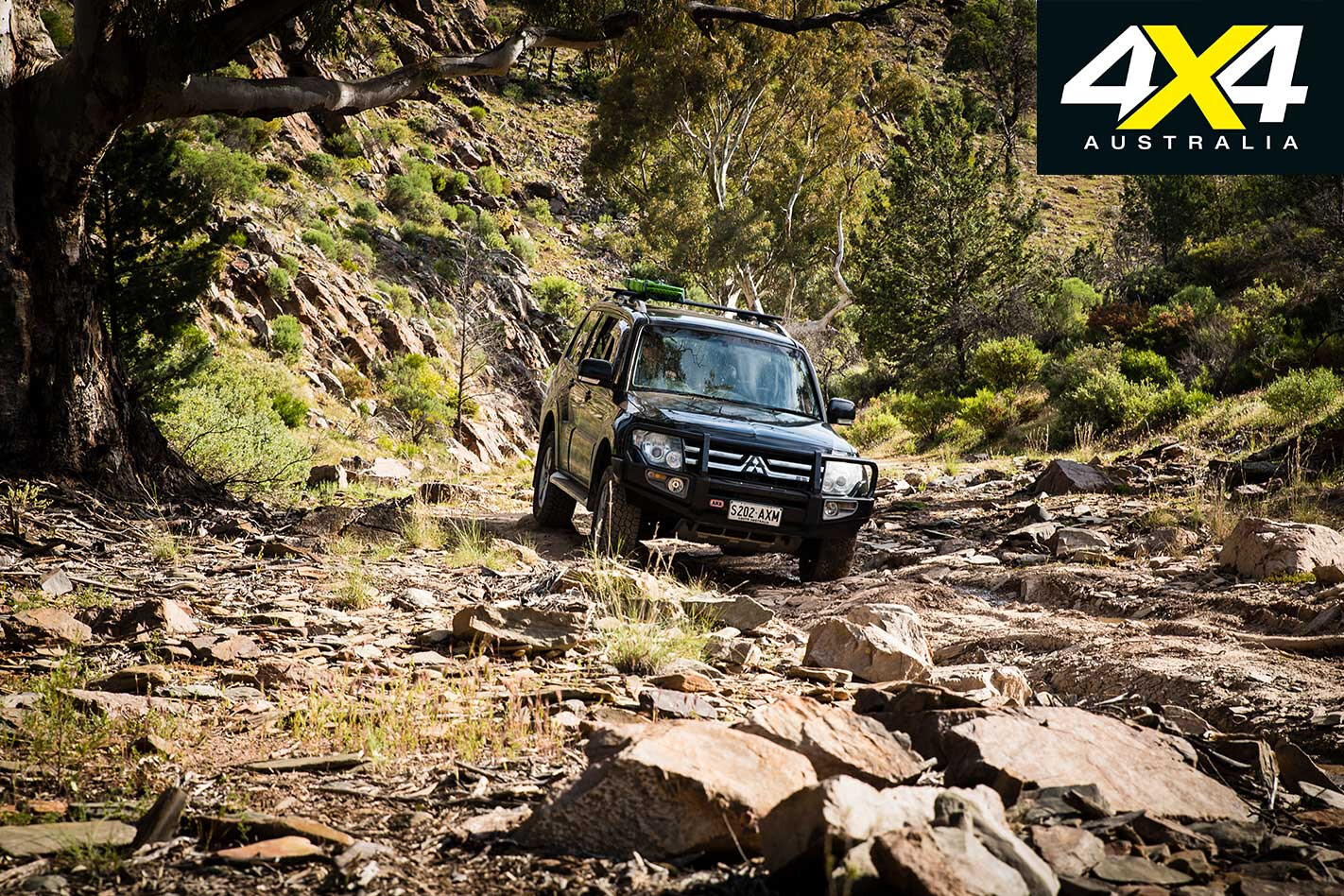 The Bendleby self-drive 4WD tour features plenty of trails, ranging from beginner tracks to challenging ones, to keep folks busy for more than a couple of days. The property, with terrain that varies from hills to plains and provides excellent views towards Lake Frome and Wilpena Pound, stretches 17km long, 8km wide and reaches heights of up to 1171m above sea level. Similar to the other self-drive tracks in the region, maps and extra information, including an update on the track’s condition before you set off, are provided on arrival.

A well-known spectacle in the region is the sunset on the North-South Ridge, so ensure your camera battery is charged. If you’re looking for a secluded campsite on the Bendleby Ranges you will not be disappointed, with plenty of remote locations available along creek lines. 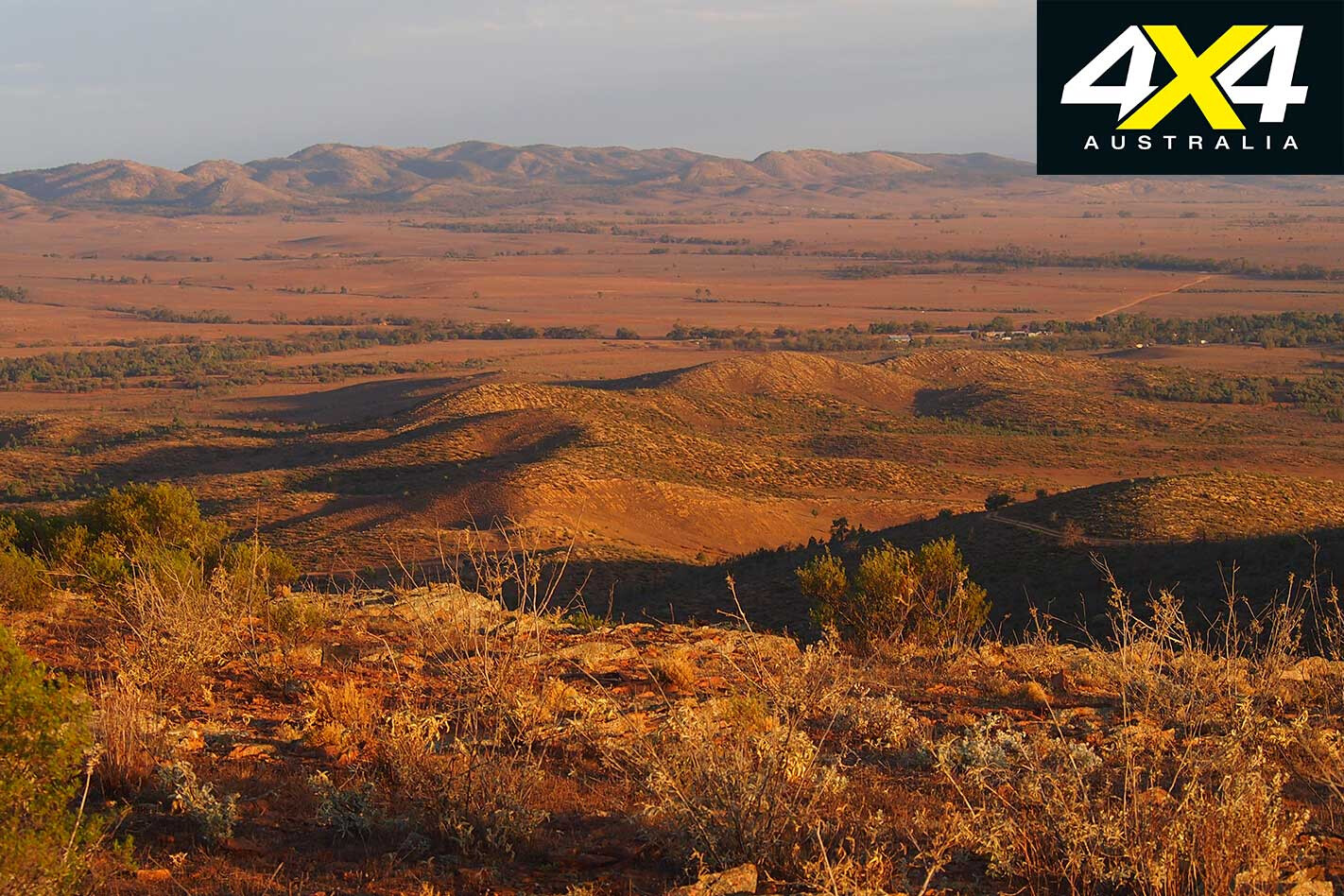 As you continue northeast towards the heart of the Flinders Ranges you’ll hit Rawnsley Park Station, another private property that provides hours of self-drive fun. Rawnsley Park Station overlooks the southern side of the Wilpena Pound, and here you’ll experience the unspoiled beauty of the Arkapena Station that is now part of Rawnsley Park Station. The Arkapena 4WD track is tough, with steep, rocky ascents and descents, and you should give yourself at least five hours to explore it.

MORESecrets of the Flinders Ranges

On the track you’ll encounter the old station dog fence that was built in the late 1800s to keep dingoes out of the newly settled farming land. There’ll also be some great views following some decent ascents, before arriving at the Pugilist Hill Lookout. This lookout, which provides a fantastic view of Wilpena Pound, was given its name after two station hands had a fist fight on top of this hill in the early 1930s. By now you and your 4WD should be well warmed up, but by continuing towards Willow Springs Station you may be saving the best ’til last. Just 50km from Rawnsley Station you will arrive at the entrance of Willow Springs, which is home to the well-known Skytrek self-drive track. Willow Springs, originally called Appealinna, was initially worked as a station in the mid-1850s. The present owner’s family has been there since the early 1920s, with tourism now being a major part of the station’s activities. Like many similar places in Australia, Willow Springs Station was one of the early pastoral leases in the area.

The Skytrek office is located beside the homestead on the station, and you’ll be welcomed by the office staff and asked to fill out the necessary paperwork. When you pay your access fee to the Skytrek you’ll receive a key, which allows you to open a couple of gates on the route, and an information pack with all the track details including a map and information highlighting 40 markers along the route – as well as suggested lunch spots. You’ll be advised to use Channel 4 to contact the homestead while out and about and Channel 7 Repeater (Emergency only 090, contact Hawker RAA) should you encounter any trouble. 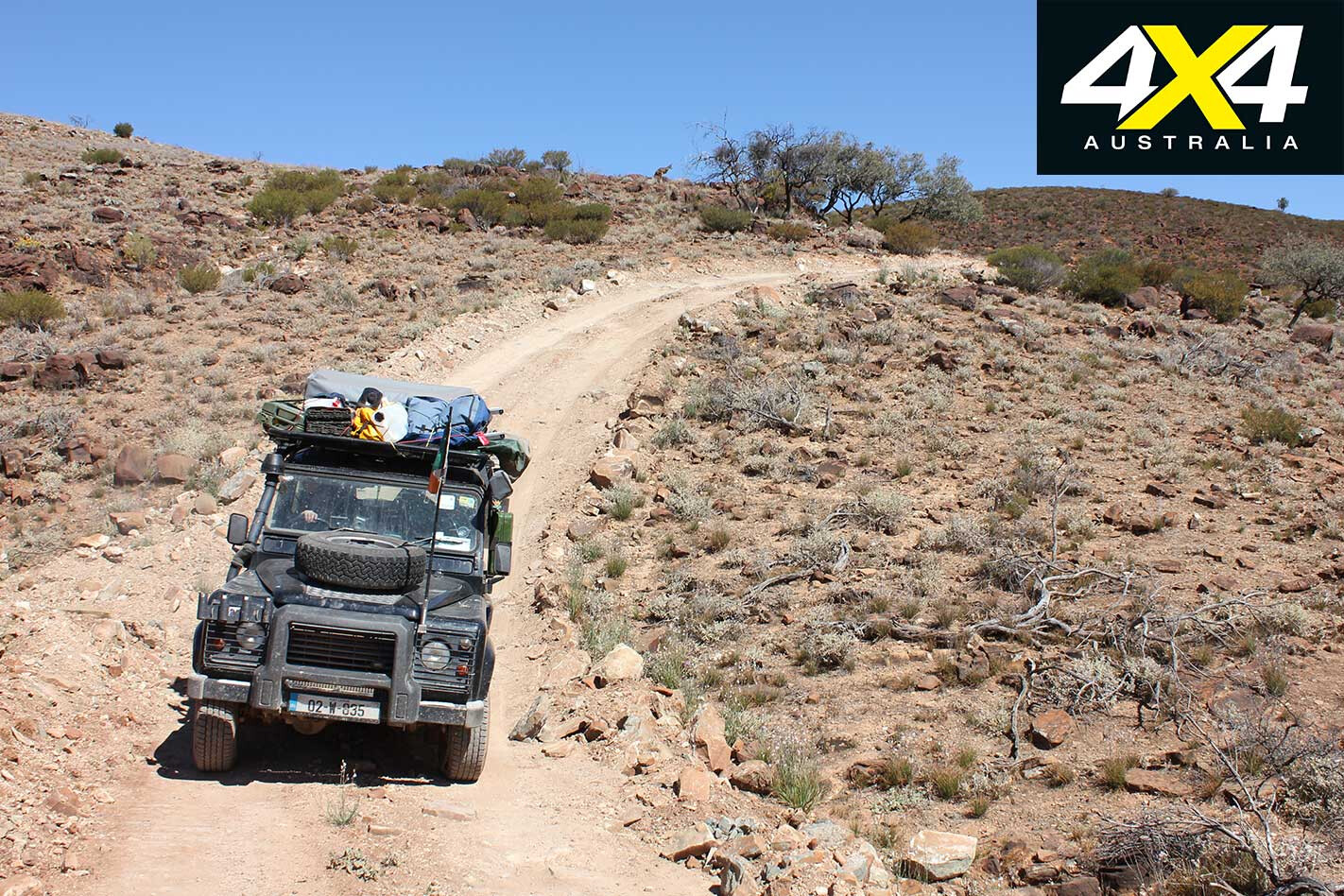 Like the other self-drive tracks in the region it’s advised to let some air out of your tyres and make sure everything is secure in your vehicle before starting the Skytrek. You will be straight into it shortly after leaving the station, with the earlier part of the drive manageable in high range four-wheel drive; however, low range is soon essential.

From Marker 25 on the current track, the track heads east onto old station roads and offers new views and attractions including the Old Shepherd’s Hut and a spectacular photo opportunity of the Wilpena Pound. The newly established track incorporates approximately 79km of interesting 4WDing, with some challenging sections along the route that can take up to six hours. Along the route you’ll pass an old woolshed built in 1923, as well as pine trees, natural springs, river red gum trees and Aboriginal engravings – keep an eye out and you might even see a carpet python. Similar to Rawnsley Park Station, one of the markers will see you pass by some clues that will identify the previous existence of ancient seabeds. Be sure to get out and have a look as the kids will love seeing the markings on the slated rocks, with the ripples estimated to be a couple of million years old.

You don’t have to be new to 4WDing to enjoy these self-drive tracks, with a combined total of hundreds of kilometres of unique terrain where even the experienced tourer has something to learn. One thing is guaranteed, though: exploring these tracks will leave both the novice and experienced four-wheeler itching to further explore the thousands of kilometres of remote tracks.

Professor's Camp
The Professor Jim Gehling camp can be found on the Arkapena 4WD track. Professor Gehling is a palaeontologist who camps here when searching the ridges of the Chace Range for Ediacaran fossils. These fossils are the oldest known animal fossils, between 542 and 635 million years old, and consist of many plants and animals found on what was once an ocean floor. Samples of fossils recovered include those from jellyfish, sea slugs, sea stars and worm-like organisms. Native Fauna
The self-drive tracks at Bendleby, Rawnsley and Willow Springs are home to many native animals including dingoes, emus, goats, red and western grey kangaroos, and the recently re-established yellow-footed rock wallaby. Staying There
All of the stations that have self-drive tracks also provide campsites, and Rawnsley Park Station offers camping with excellent amenities and services. There are a number of campsites available on Willow Springs Station surrounding the homestead, with basic amenities. The Bendleby Station campsite has basic amenities, fire rings and firewood.

Track Conditions
Skytrek is one of the Flinders Ranges’ most popular 4WD tracks and can be challenging in spots. Both the Rawnsley Park and Bendleby Stations offer challenging tracks, incorporating different types of terrain.

Best Time to Travel
The Flinders Ranges enjoys clear, sunny days all year ’round. These self-drive tracks are suitable to drive any time of the year; however, it’s advisable that people contact the stations after very rare rainfall as wet conditions could lead to track closure. It’s also worth noting that you are pretty much on the periphery of the desert, so it can get hot in the summer months, with temperatures often exceeding 40°C. What to Take
You’ll need to be relatively self-sufficient, so bring plenty of water, food and recovery gear. It’s advised to take your own firewood, as you’re not allowed to take it from Willow Springs Station.

Restrictions and Permits
A permit to drive these self-drive tracks can be purchased at the stations.