The 10 most amazing racetracks you’ve never heard of

Think of the most amazing racetracks in the world and a few names spring to mind: Nurburgring, Spa, Silverstone, Bathurst, Monaco, Suzuka, Le Mans. Alternatively you might think of classics from days gone by like Goodwood, Kyalami, Watkins Glen or Brooklands. But what of the tracks that flew a long way under the radar; that never hosted the biggest races or just fell from the popular consciousness?

We line up a bitumen bucket list of 10 of the most spectacular race circuits from across the globe that would guarantee you bragging rights for good.

This little cracker is hidden away in the Montserrat hills near Barcelona. It’s better known as a bike-racing track, but it’s great fun in an agile car. There’s a stack of relief and the track runs in a figure-eight, and you realise how far you’ve descended when you dip through a gorge under the circuit as it soars overhead on a giant stilted flyover. 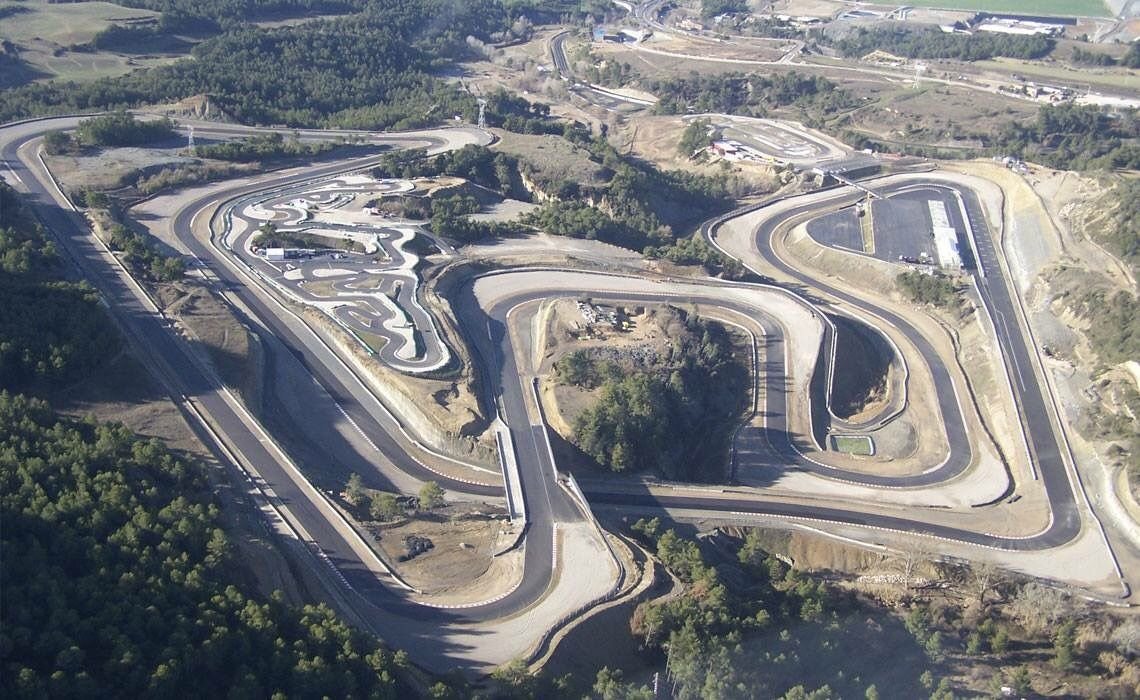 Built around an extinct volcano in the central plateau of France, Charade is unforgiving: in effect a concentrated version of the Nurburgring with next to no run-off, and stacks of twists, ramps, dips and blind apexes. It’s so unrelenting that the great Jochen Rindt fell victim to motion sickness in the 1969 French Grand Prix. A series of high-profile accidents saw Charade fall from favour as a top-level motorsport venue, but if you relish a challenge and are confident in your abilities behind the wheel, there are few tracks more rewarding to get right. 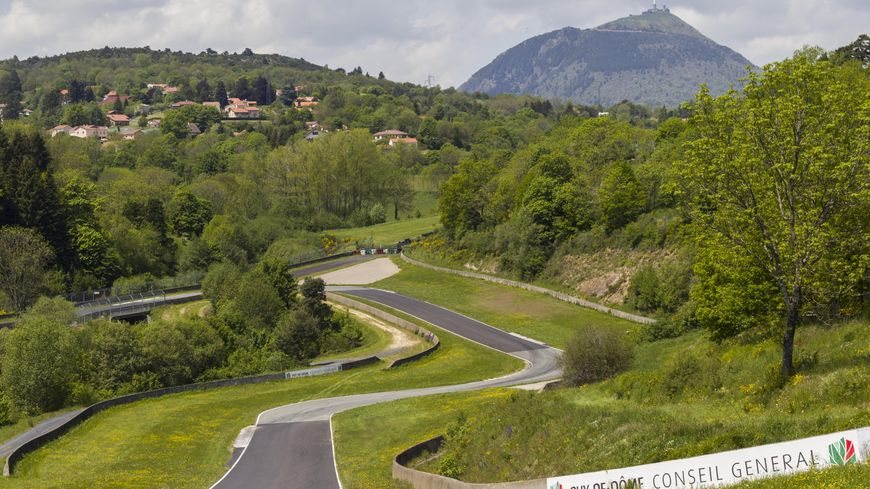 Think of Spring Mountain as the antithesis to Circuit de Charade. Where the French track is gnarly, dangerous and almost claustrophobic, Spring Mountain is big run-off country. It’s located in Pahrump, Nevada, an hour down the road from Vegas which doesn’t have much to commend it otherwise. The excellent track is configurable into 18 different layouts from the 2.4km West Circuit right up to the 10.6km Long Course. Who said Australians had the monopoly on unimaginative names? 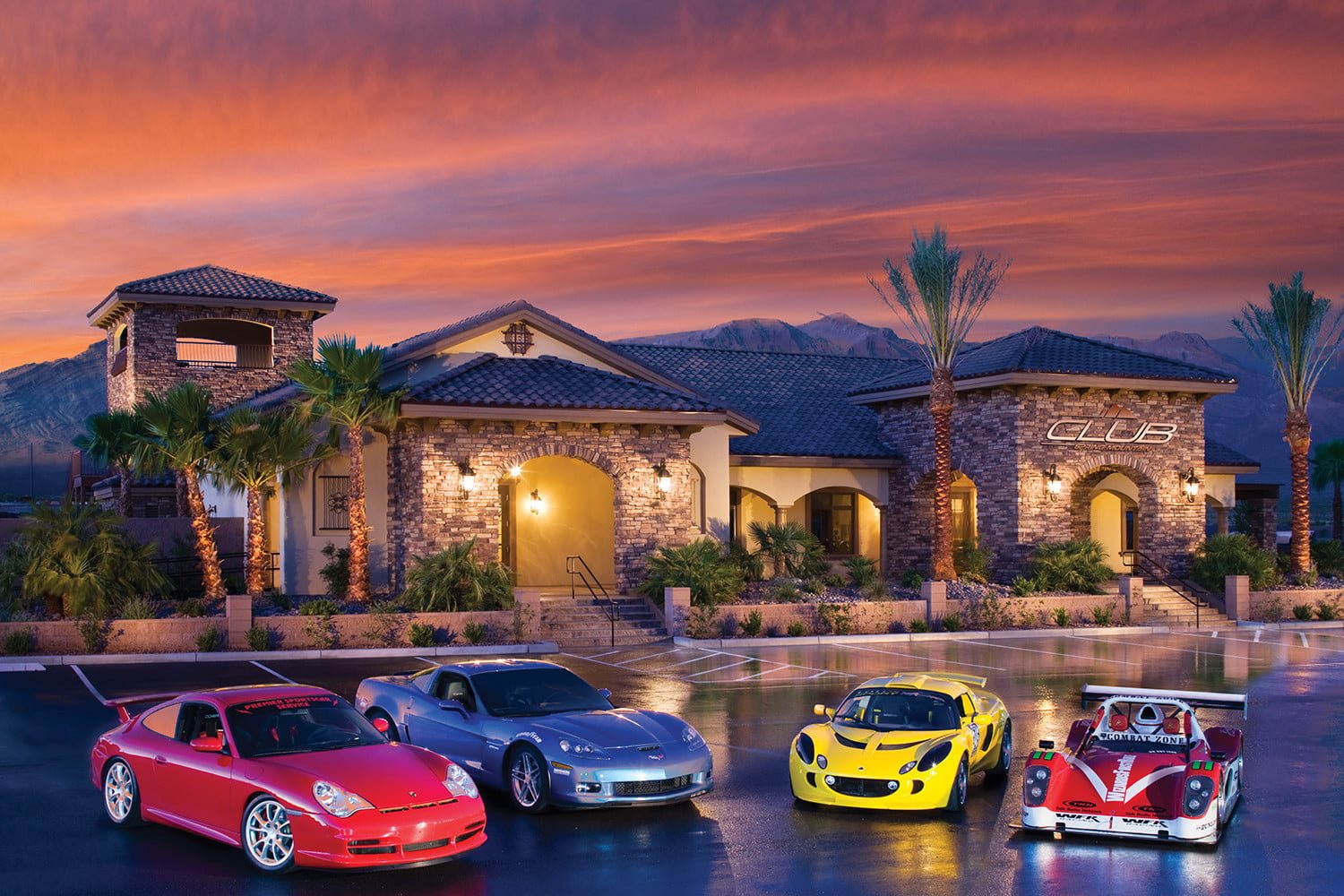 One of the most spectacular tracks in the world, Potero de los Funes seemed cursed from the outset. Shortly after opening, a Turismo Carretera event saw two spectators killed after an accident during qualifying and a driver seriously injured in the feature race. It wouldn’t host an FIA-sanctioned event for another 11 years. Fast and undulating, it loops around the scenic lake for 6.27km and perhaps, if the video we feature is anything to go by, the approach to safety is still somewhat casual. Check out the Nissan GT-R lapping at high speed with maintenance staff and vehicles dotted around the track. 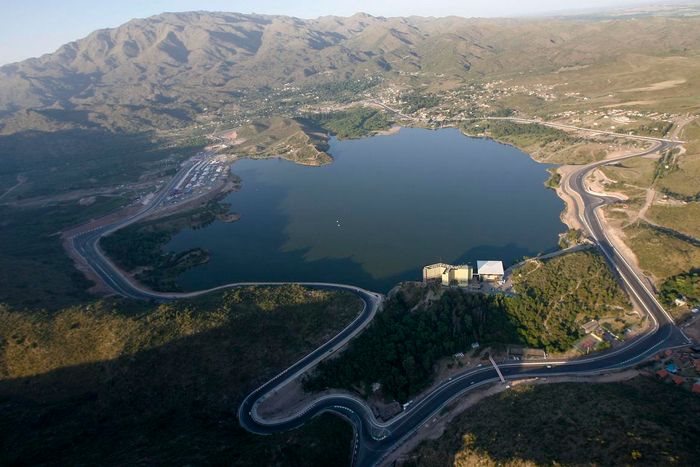 Hermann Tilke gets a bad rap. Designer of many of today’s F1 circuits, his tracks are often derided as soulless ‘Tilkedromes’. Ask the man himself and he’ll shrug and say that he has hundreds of FIA regulations to comply with when designing a new track, which shapes the way they look and drive. If Tilke was let off the leash to do exactly what he pleased you’d end up with Bilster Berg, his magnum opus. Tucked away in woods near Bielefeld, in northern Germany, Bilster Berg is a riot to drive. The Mausefalle is like a rollercoaster, with a huge compression at the bottom, leaping up into a blind corner. Perfect car for the job? Maybe something quick-witted but punchy like a Lotus Exige. 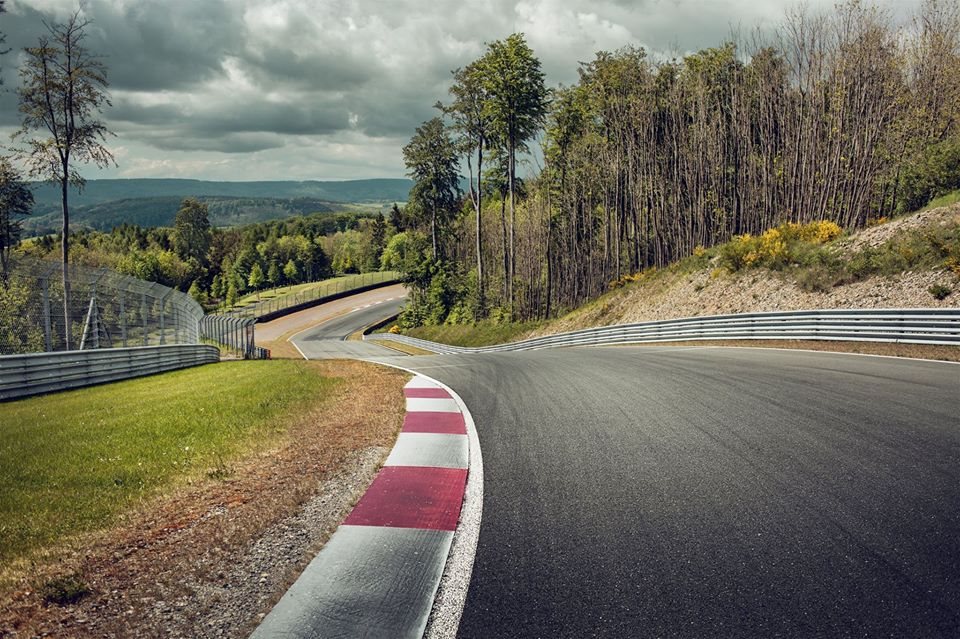 Suzuka and Fuji hog the limelight in Japan, but scratch below the surface and there are a whole host of second division circuits that, for road-car drivers, are possibly even more fun. Among these are tracks like Twin Ring Motegi, Tsukuba, Sugo and Ebisu. The latter is a track that has attained almost mythical status among Japanese car fans and gamers, but few have physically visited. There are two highlights here. The touge track is fast, tight and only for the experts. The circuit itself is barely any less punishing, and there is no shortage of footage of people getting the Minami jump wrong mid-drift. Check out the video here with both touge and track sections featured. 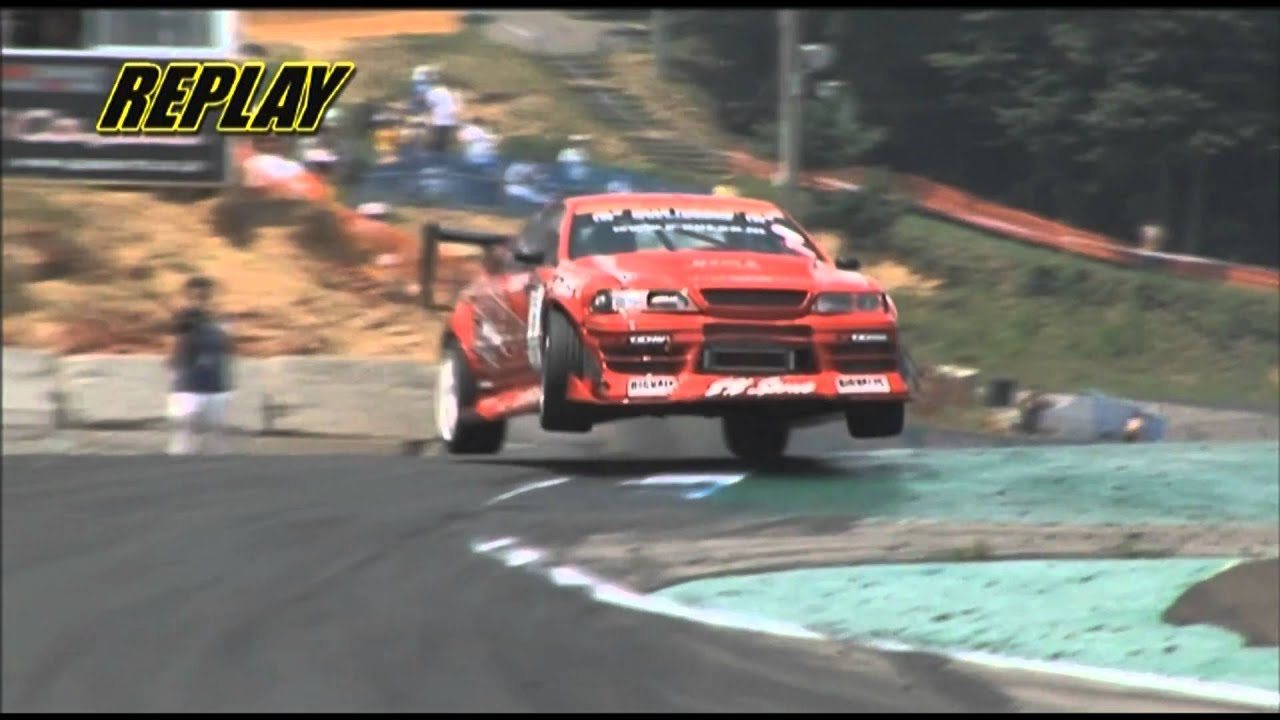 Ever fancied circuit driving in perpetual sunlight? You can do that at midnight in summer at the Arctic Circle Raceway, Norway’s longest race track. Located just 30km south of the aforementioned Arctic Circle, it opened in 1995 and is 3.7km long. There’s a stack of relief and some testing complexes among the 11 named corners. Your mission, should you choose to accept it, is to beat Lars Magnussen’s 1m29.8s streetcar lap record, set in a Mitsubishi Evo. 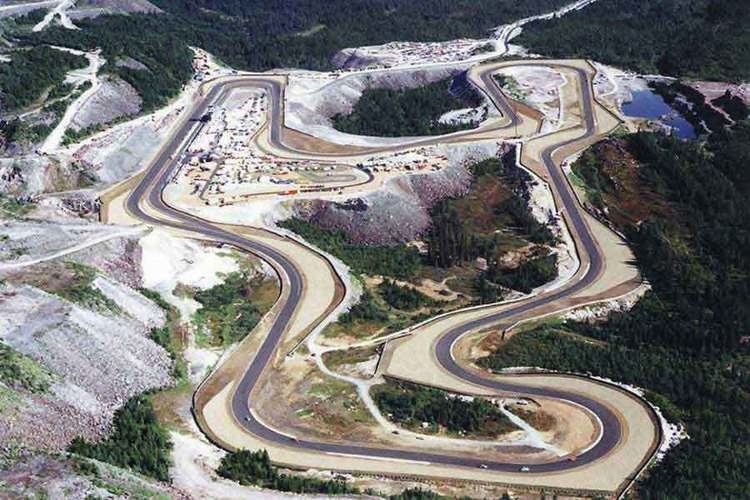 With a focus on sustainability (check out those windmills), the Gotland Ring is located on a Swedish island and is constantly growing towards its final 28km iteration whereupon it will be the longest purpose-built racetrack in the world. Highly valued by manufacturers and race teams alike as a test facility due to its privacy, Gotland Ring’s green credentials are underscored by the fact that visitors can undertake a Wind-Driven Ring Taxi lap in an EV powered from the adjacent wind farm. 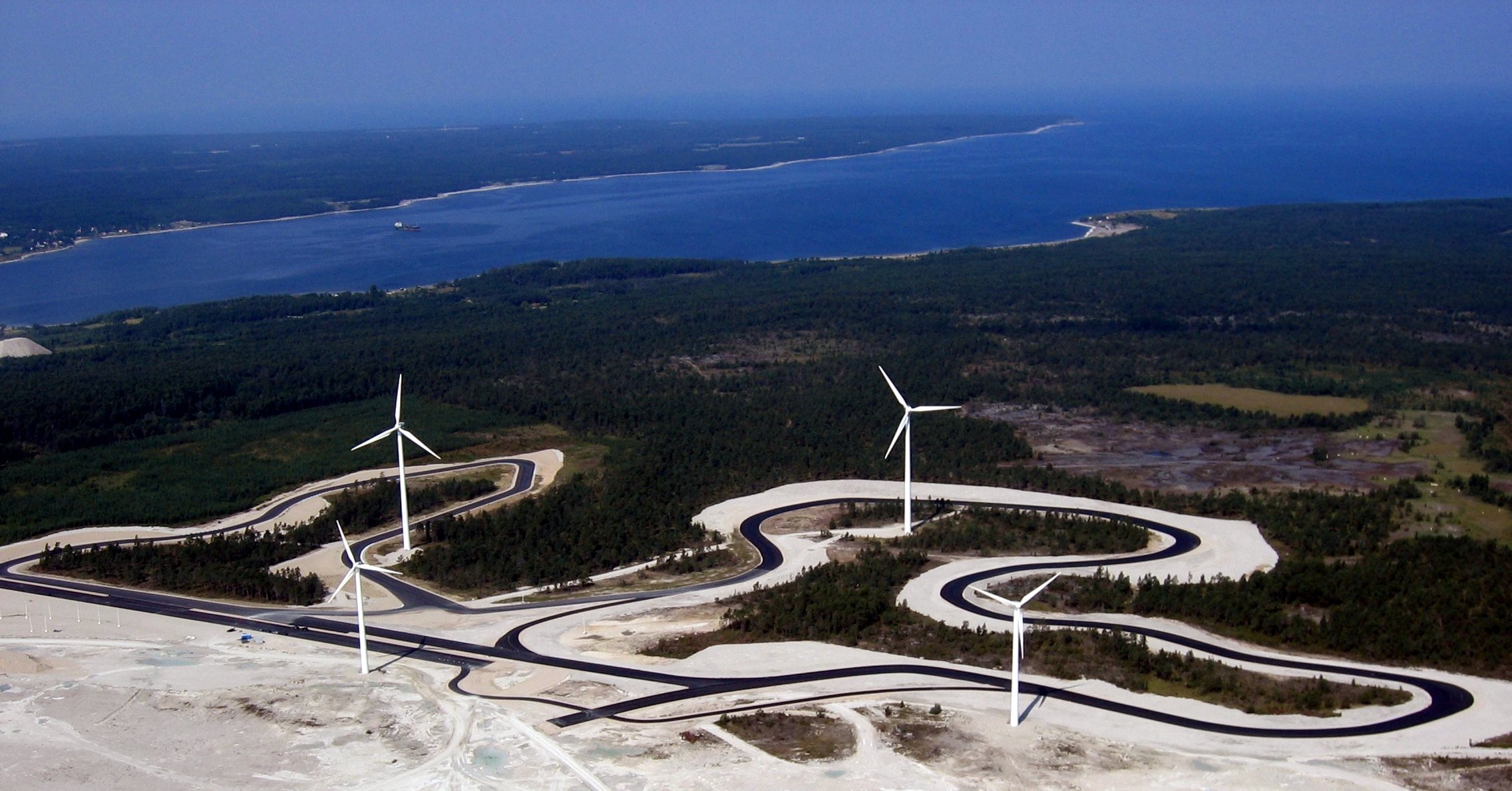 The circuit formerly known as Miller Motorsports Park is sited in Tooele, just outside Salt Lake City, so if you don’t fancy cremating a bit of rubber you can go visit the Mormon Tabernacle Choir instead with a take-out from Chipotle and a refreshing non-alcoholic beverage. Founded by Larry H Miller, owner of the Utah Jazz basketball team, originally as a private playground, the facility has expanded and has hosted NASCAR, ALMS and WSBK races. It’s now owned by Mitime, a division of Chinese giant Geely. The full course is a 7.72km loop, with Timo Bernhard’s LMP2 car holding the record of 2m18.128s, so getting under three minutes in your Corvette rental is pretty strong going. Best time to visit? Get a primary-coloured car, go on a crisp spring morning when the snow’s still blanketing the Oquirrh mountain range and you’ll set the ‘Gram alight. 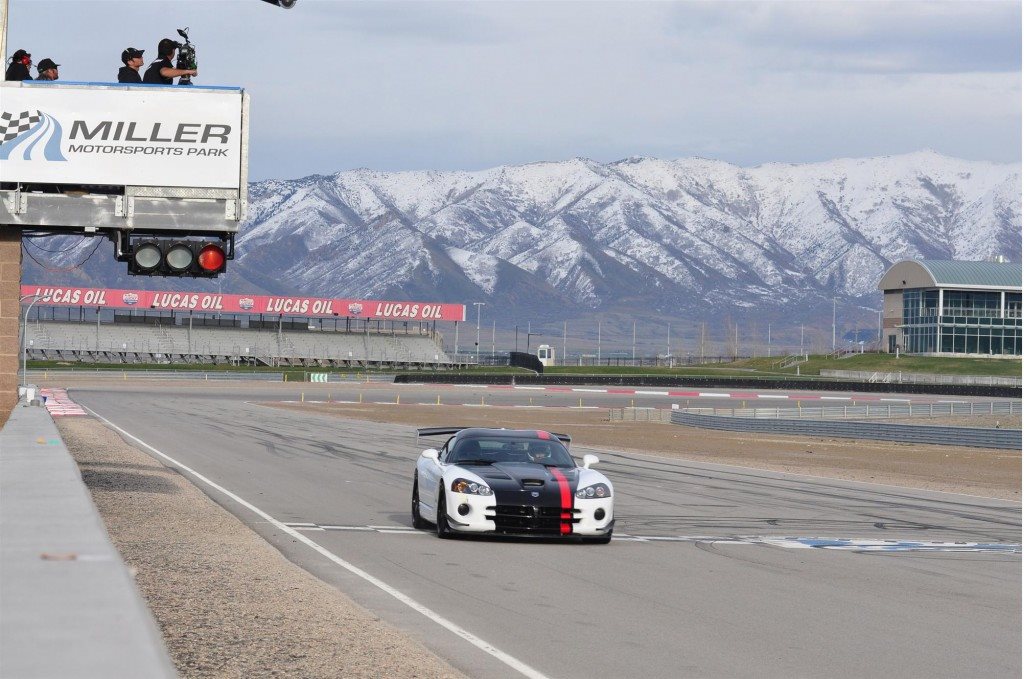 Monteblanco is one of those tracks that has clearly had a lot of money spent on its development, but has since been orphaned. Situated west of Seville, in one of the drier spots in Spain, the track is FIA homologated to T1 grade (F1 Testing) and FIA Grade 2 for races up to and including GP2. In other words, this isn’t Sandown. The 4.43km GP length circuit features three separate pit lanes, a 960m front straight, 36,000 square metres of asphalt run-off and 50,000 square metres of gravel traps as well as sprinklers and low-mu epoxy surfaces for wet-weather testing. It’s also great fun to drive. The car we’d pick for this one? Maybe a Renaultsport Megane. Something that gets a bit mobile when you jump on the picks into the first right hander will put a giant smile on your dial. 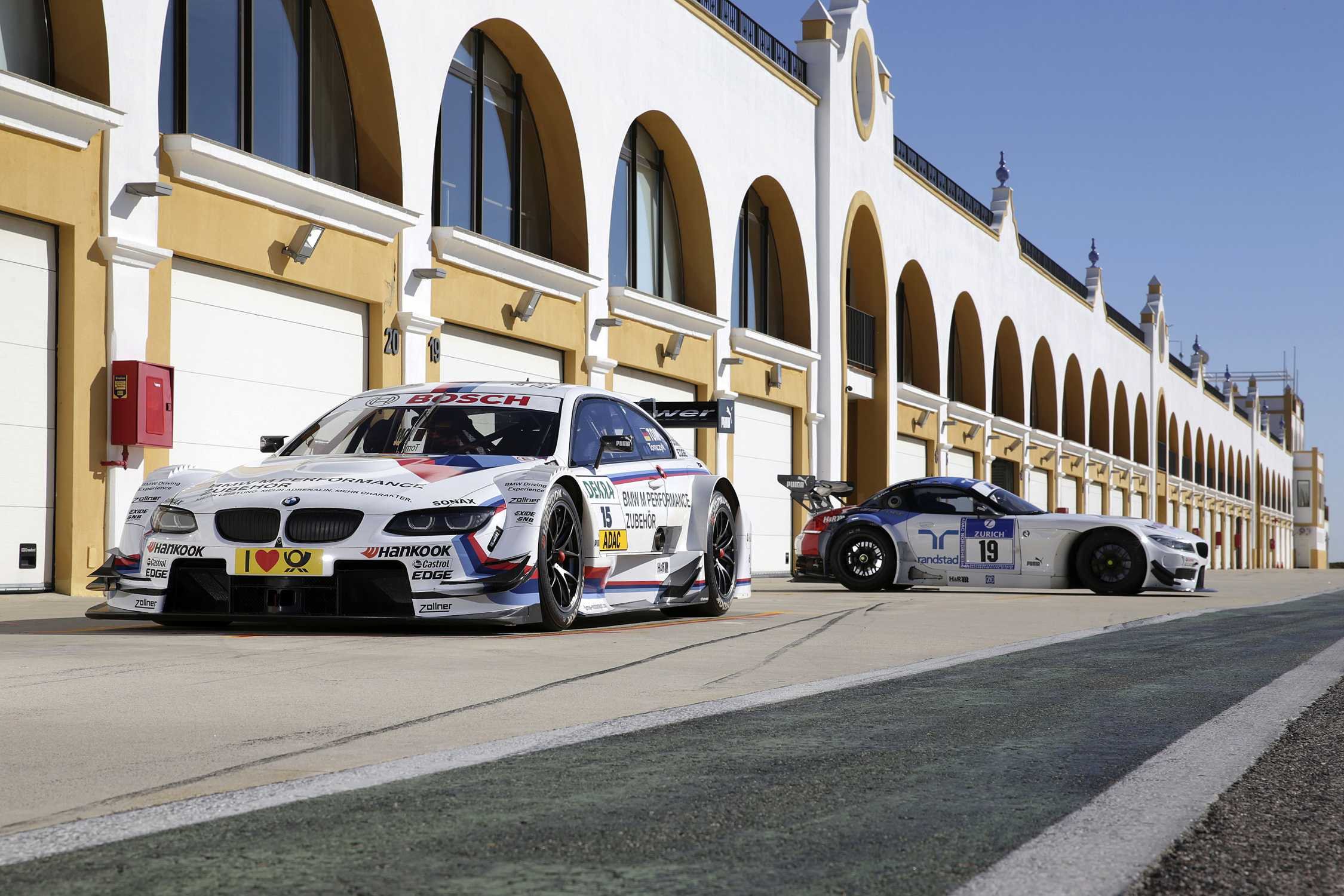 Here's what to expect from the new BMW M3 and M4