Chapeau, Stefano Bucci. In a world where some Ferrari owners put more miles on their ride-on mowers than their cars, Bucci sped off in the opposite direction.

For two seasons he raced his F40 in the Italian GT series – he even drove it to and from some races – and over the next 10 years clocked-up 90,000km before totally rebuilding it to look more like a racecar, eventually taking the mileage past 120,000km. 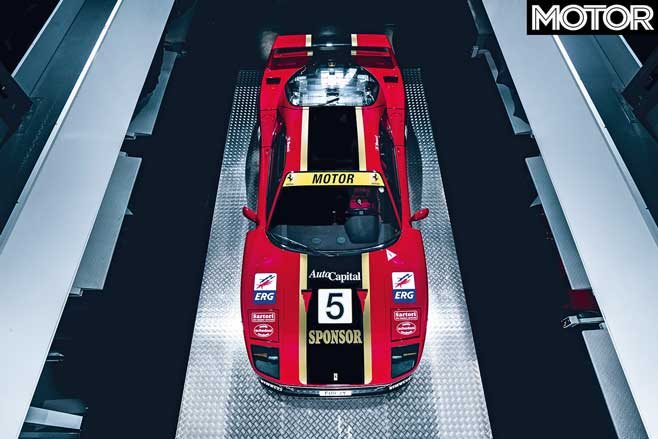 It was then sold, apparently to the brother of a German F1 driver, before being acquired in 2017 by DK Engineering who restored it to its original race specification, complete with distinctive period livery. Has any Ferrari F40 led a more action-packed, high-mileage life? We think not.

Bucci already has a plan for it and sends it to the Modena dealer Motor to be converted to Michelotto F40 GT spec: 402kW engine, lighter body, magnesium OZ wheels, bigger brakes, lower ride height and so forth. In early July it earns its Group N papers and is ready to race in what remains of that year’s Italian GT Championship, officially titled the Gran Criterium Supercar GT. 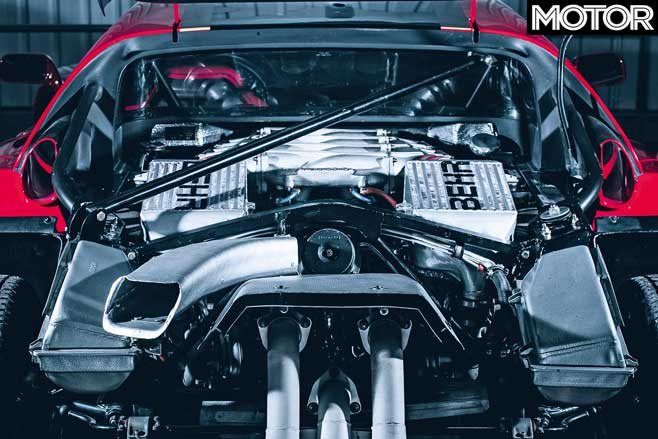 The F40 was a sizeable step up from Bucci’s previous competition cars, but from his first race he was in the mix with the other F40s at the head of the grid. It must have been quite a sight seeing five F40s squeezing into the first corner at Misano, Mugello and Imola, trailed by a swarm of 911 Carrera RSs and a couple of Esprits.

Impressively, Bucci stood on all three steps of the podium that year, scoring a third, a second and a win at Mugello. Group N was the mildest form of conversion for competition, which is why he was able to drive the car to and from races and helps explain how the car racked up 20,000km in the couple of years it was contesting the domestic GT championship.

All across Europe, the popularity of GT racing using road-based supercars was growing, and the following year the Italian GT series saw the arrival of more supercars, including a couple of TWR Jaguar XJ220s and a works 911 Turbo. 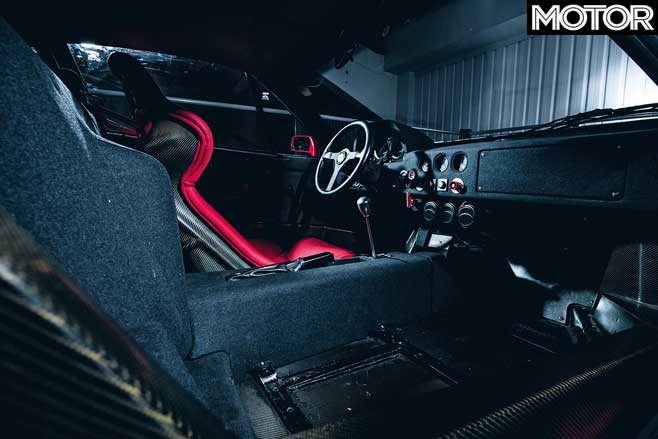 In ’92, blocks of colour were applied to the red-and-yellow F40s to make them look more racey; black on Bucci’s red car, white on red for the title-winning car of Rosario Parasiliti and so on, but for ’93 there were bold new liveries on the grid.

Not to be left out, Bucci had created his own design with a black and gold lower section and central band, inspired by the John Player Special colours. Bucci’s successful business included an arm that worked with exotic materials and he didn’t need a sponsor, hence the car cheekily running with the word ‘Sponsor’ on the nose.

Again, Bucci ran a limited campaign and was pretty successful given that the Jaguars were challenging the F40s for outright wins; he came away with a second place from Misano and fourth from Monza, while Marco Brand dominated the championship, the Monte-Shell car going on to become the most successful F40 in competition. 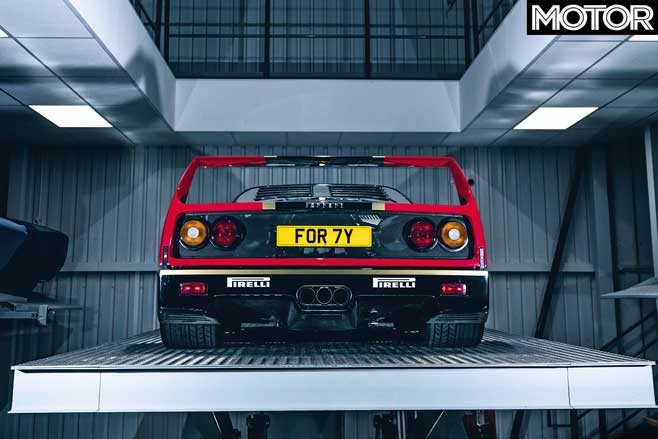 Bucci continued to pile on the road miles, driving across to the Monaco GP that year, and although he retired the F40 from racing at the end of ’93, Bucci himself carried on competing in long-distance racing at the wheel of a variety of machinery.

He tackled the Daytona 24 Hours multiple times, along with Le Mans and lots of shorter endurance races in Europe, so although the F40 was excused the heat of competition it didn’t get much of a rest, clocking up another 70,000km over the next 10 years.

In 2003, with the odometer at 90,000km, Bucci decided it was time the F40 was given a new lease of life. He instructed Gianni Sala’s well-respected SG Racing outfit to embark on a nut-and-bolt restoration. But he didn’t want a standard rebuild, and the car emerged with an LM-style nose with fixed headlamps and a splitter, a roof snorkel and an LM-style carbon fibre rear spoiler. 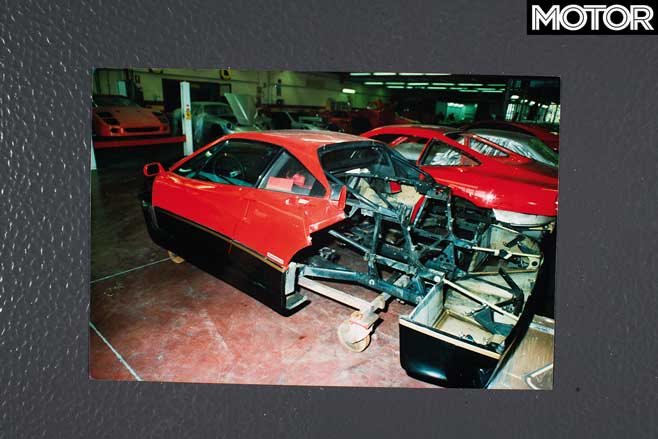 Bucci retired from racing, travelling Europe less in the F40 and consequently its annual mileage dropped off. Even so, by 2015 it had accumulated another 30,000km, taking Bucci’s wheel-time to an impressive 120,000km in 23 years.

And then the car was put up for sale, and purchased in Germany, the associated paperwork showing that it had been bought by and registered to Daniel Sutil, brother of German F1 driver Adrian.

Little seems to have happened to the car over the next couple of years until DK Engineering became aware of it and acquired it. It arrived at their workshops in Chorleywood in Spring 2017 and was treated to a further restoration back to original F40 GT specification and repainted in its distinctive ‘Sponsor’ livery, complete with Bucci’s name on the roof. The bottom line is that it is beautifully executed and the car looks simply sensational. 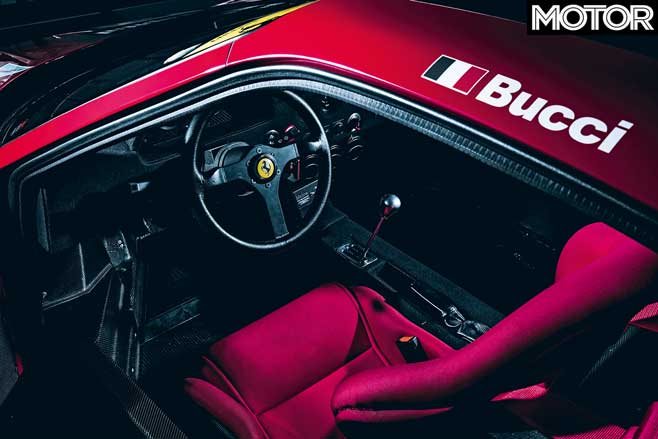 It was shown at Salon Privé at Blenheim Palace in September 2017 and on Ferrari-only Saturday won the Outstanding Eight-Cylinder Trophy and was shortlisted for People’s Choice. In May 2018 it returned to the racetrack, fast lapping as part of a demonstration of Ferrari Challenge and GT cars at the Red Bull Ring in Austria. The occasion was the first time it had been shoulder-to-shoulder on track with the Monte-Shell car since 1993 and it brought the story of this remarkable F40 full circle. 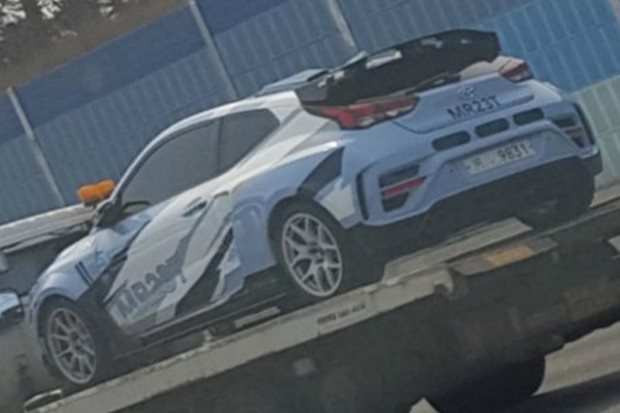 Why BMW changed its logo

New look conveys greater openness and clarity, according to the auto maker 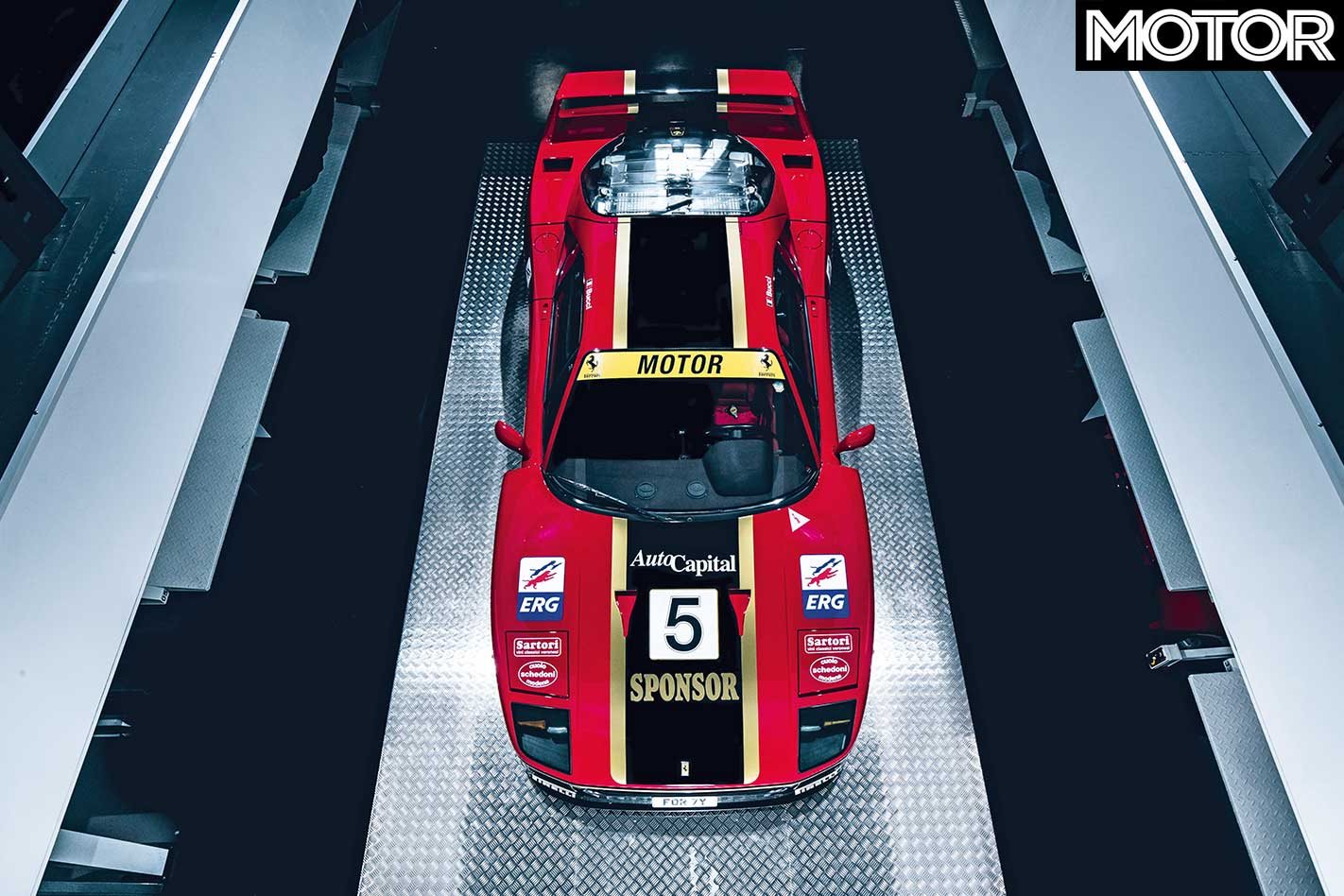 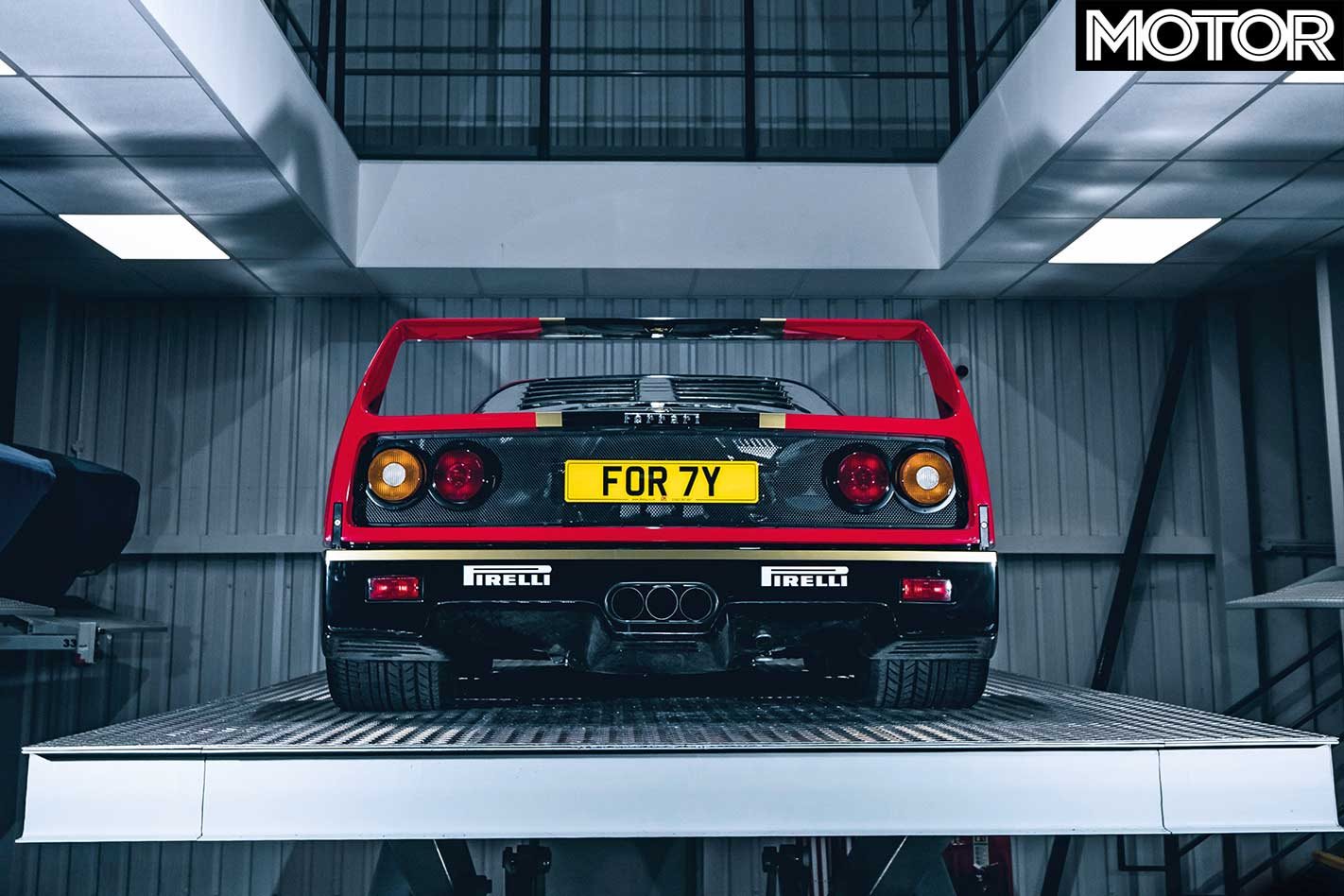 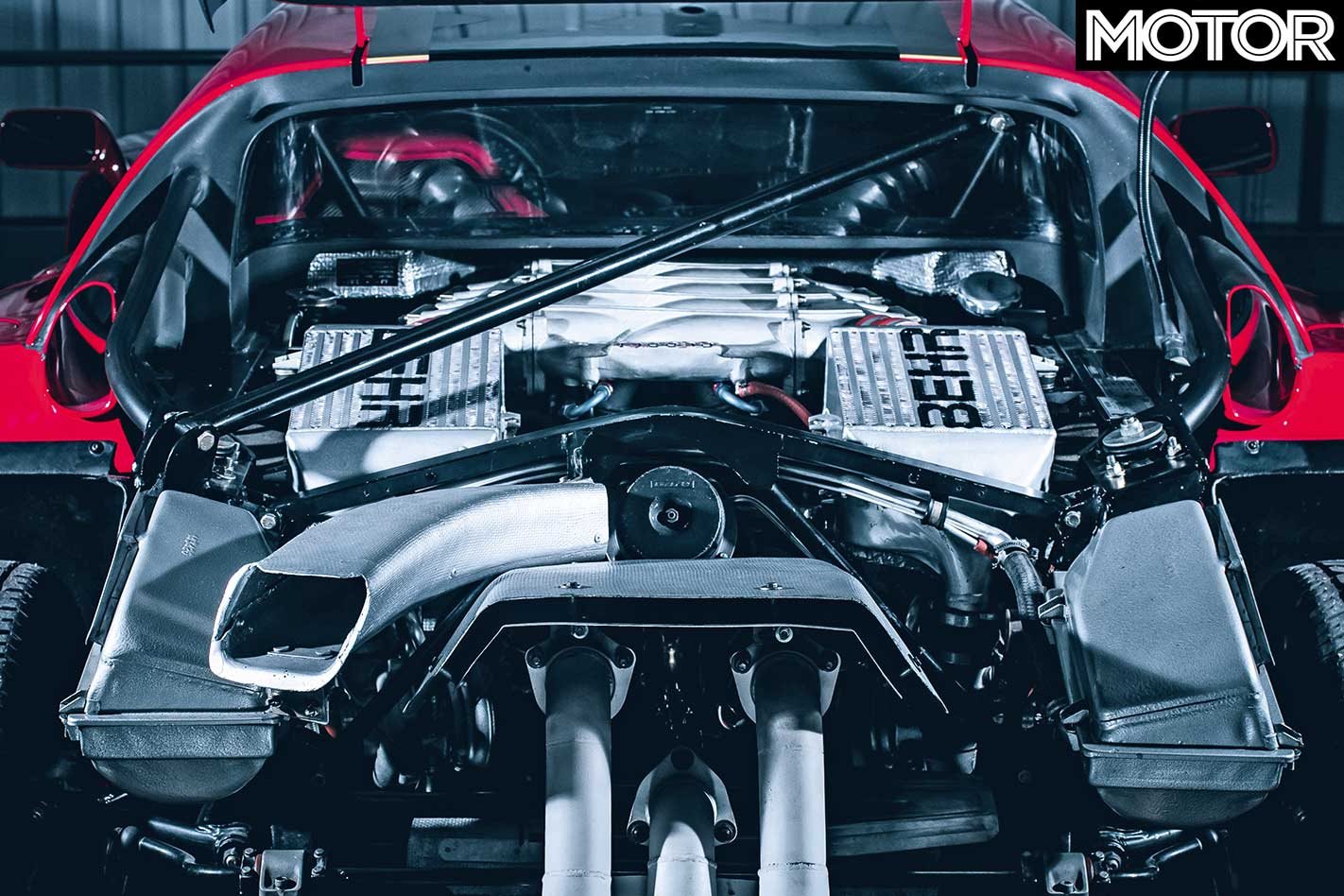 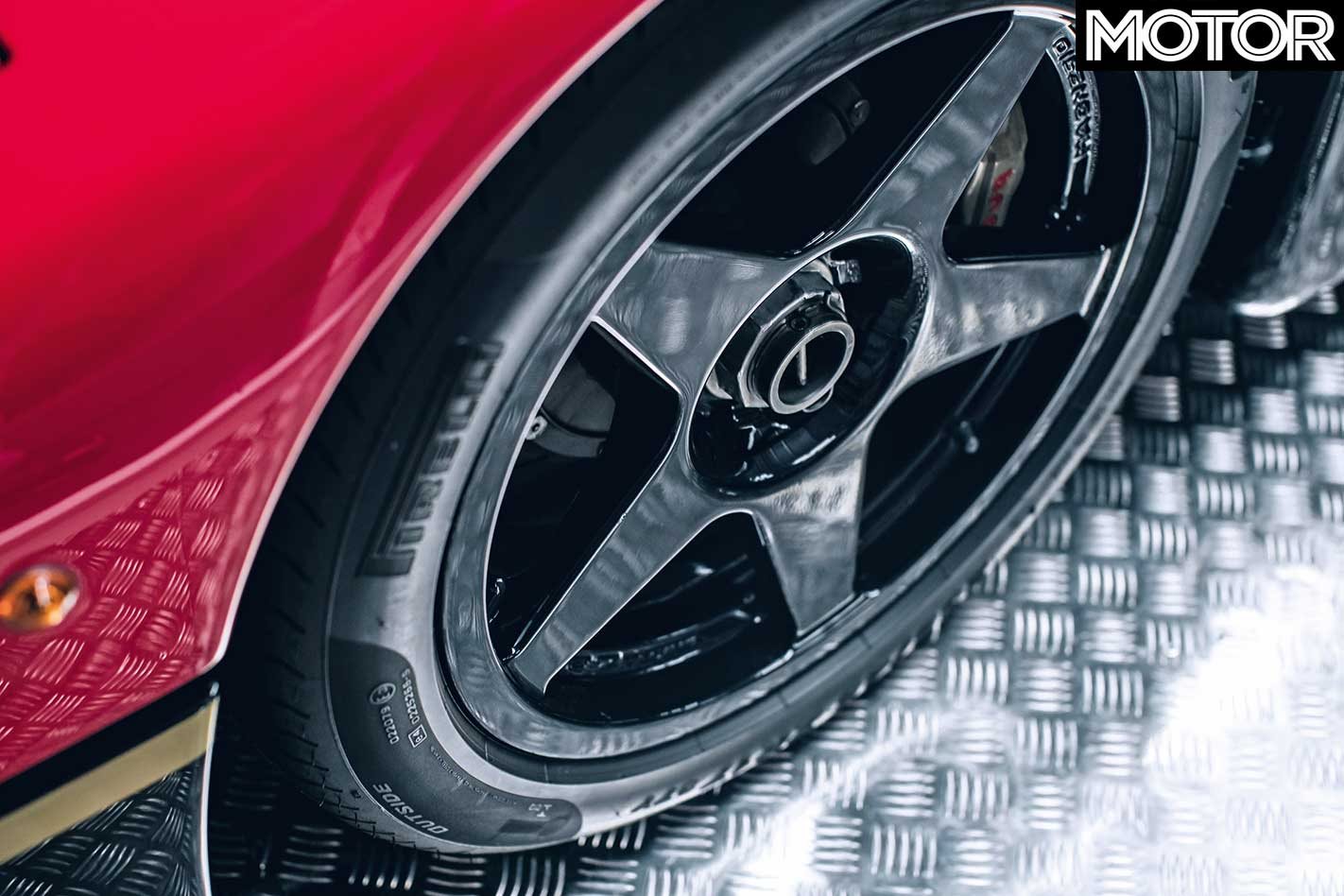 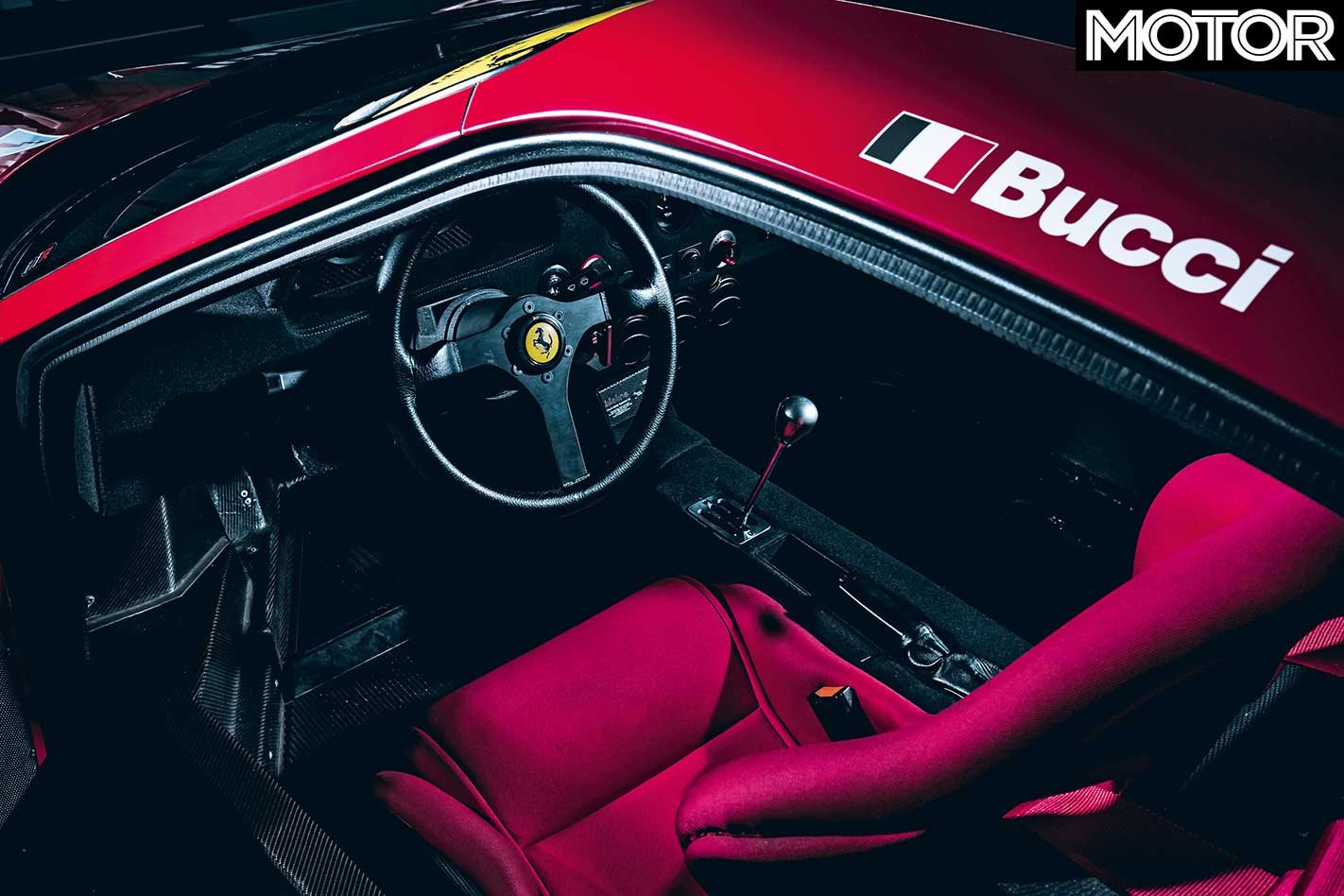 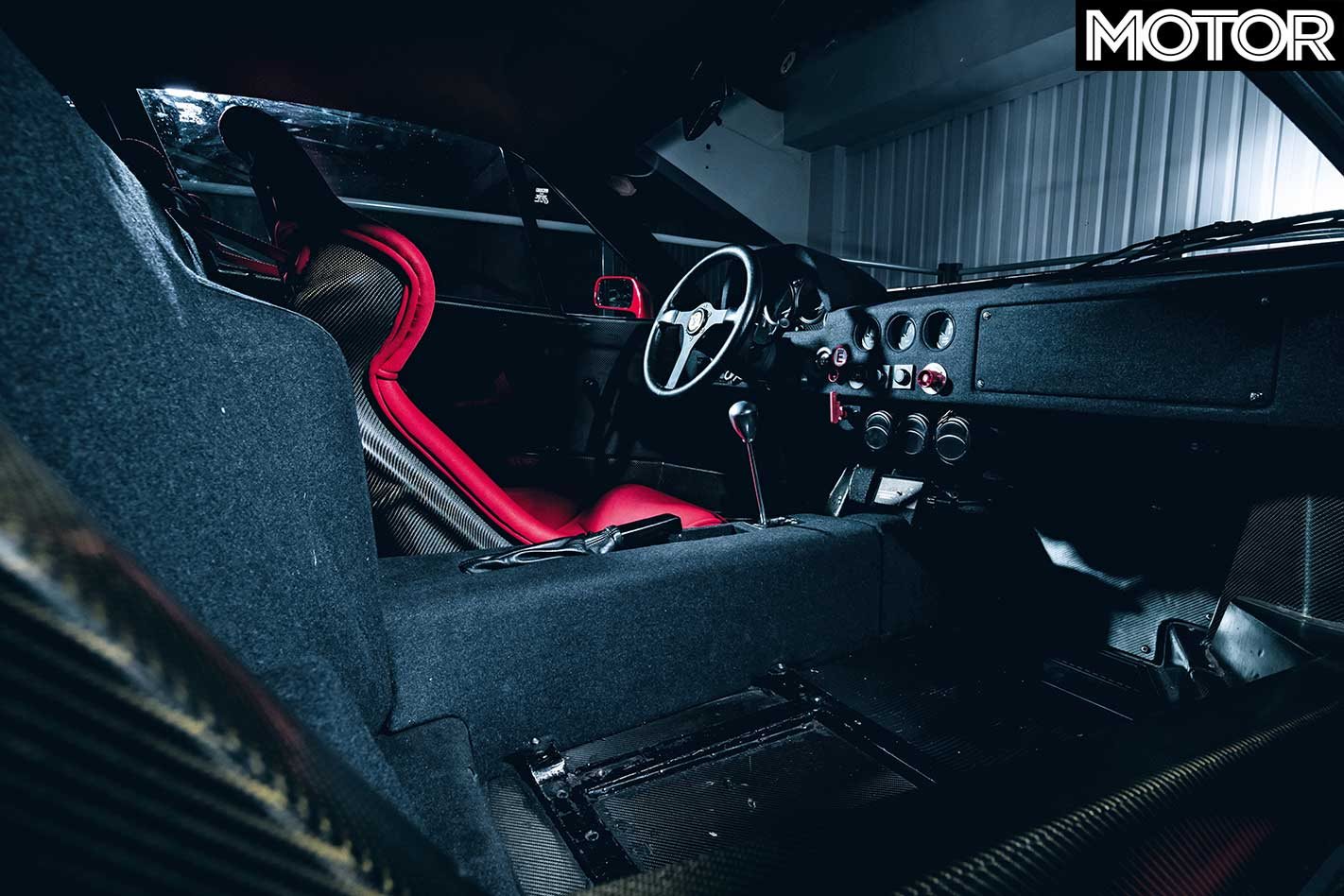 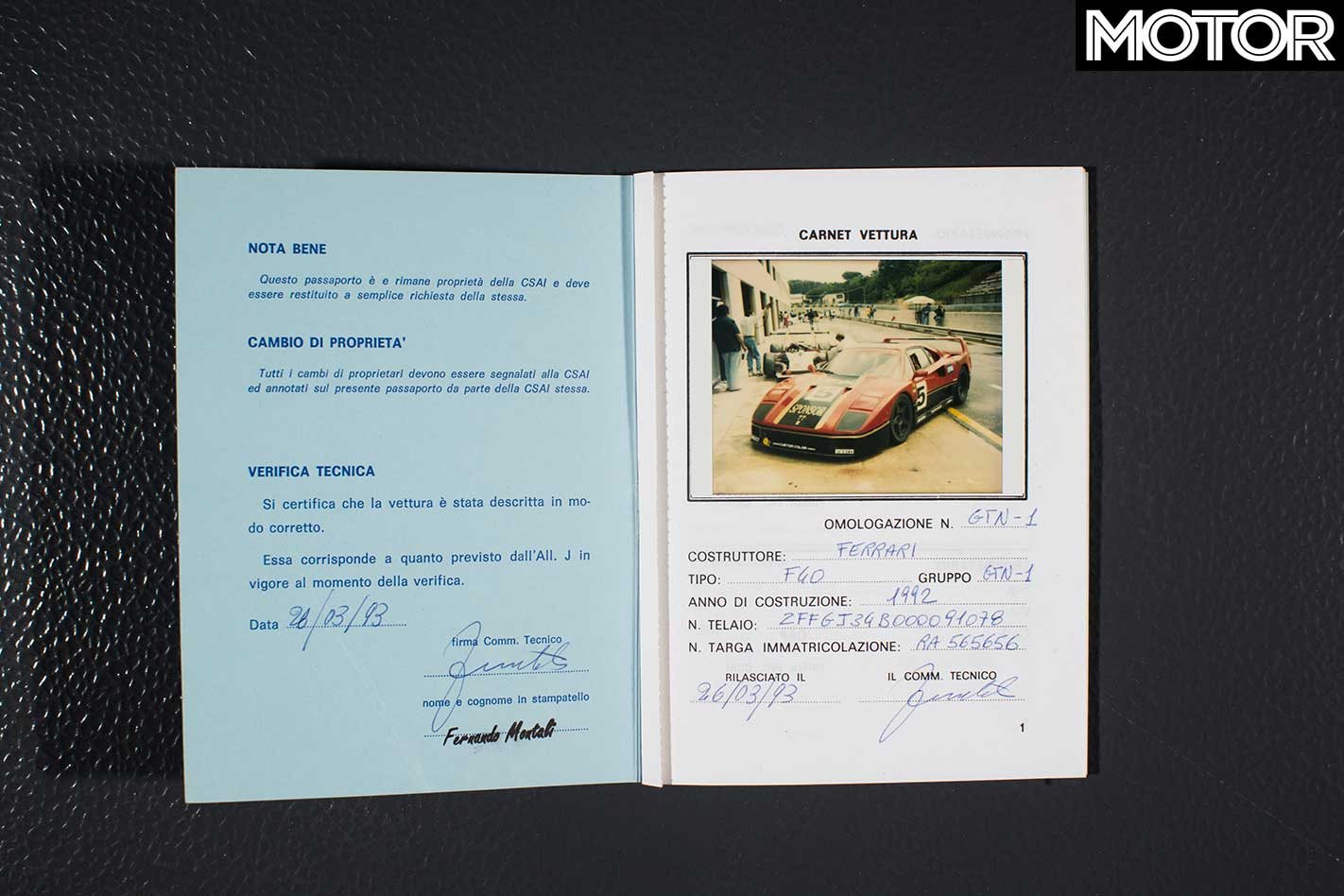 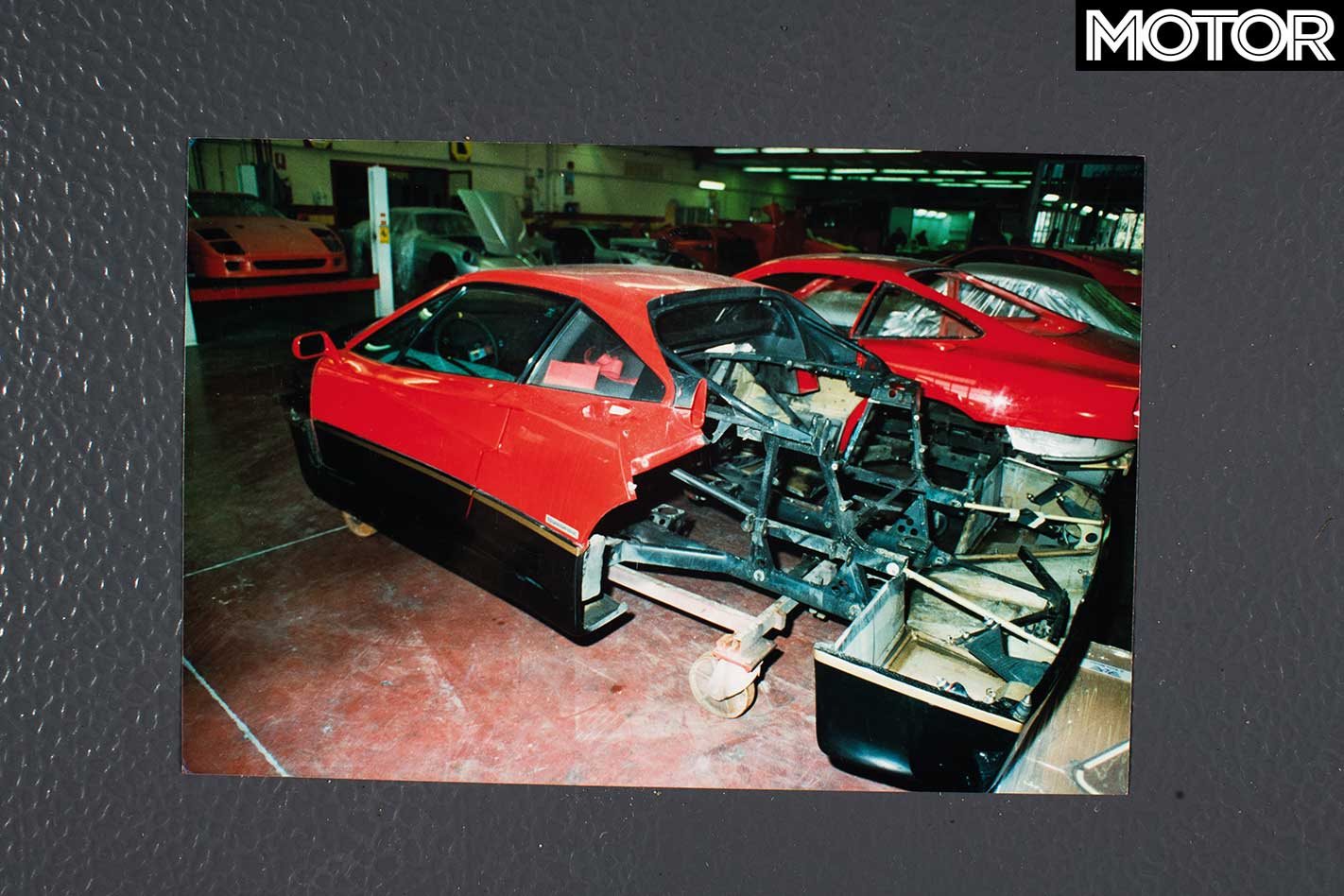