WHEN they first met, working at a hotel in Lund, Sweden, chefs Martin Zedén and Hans Altenhammar quickly found they shared a weakness for American cars. Especially customised pre-’70 pick-ups.

Years later, having bought a restaurant together, they soon realised that if they could run the business smoothly, they should also be able to co-operate on rebuilding a car. 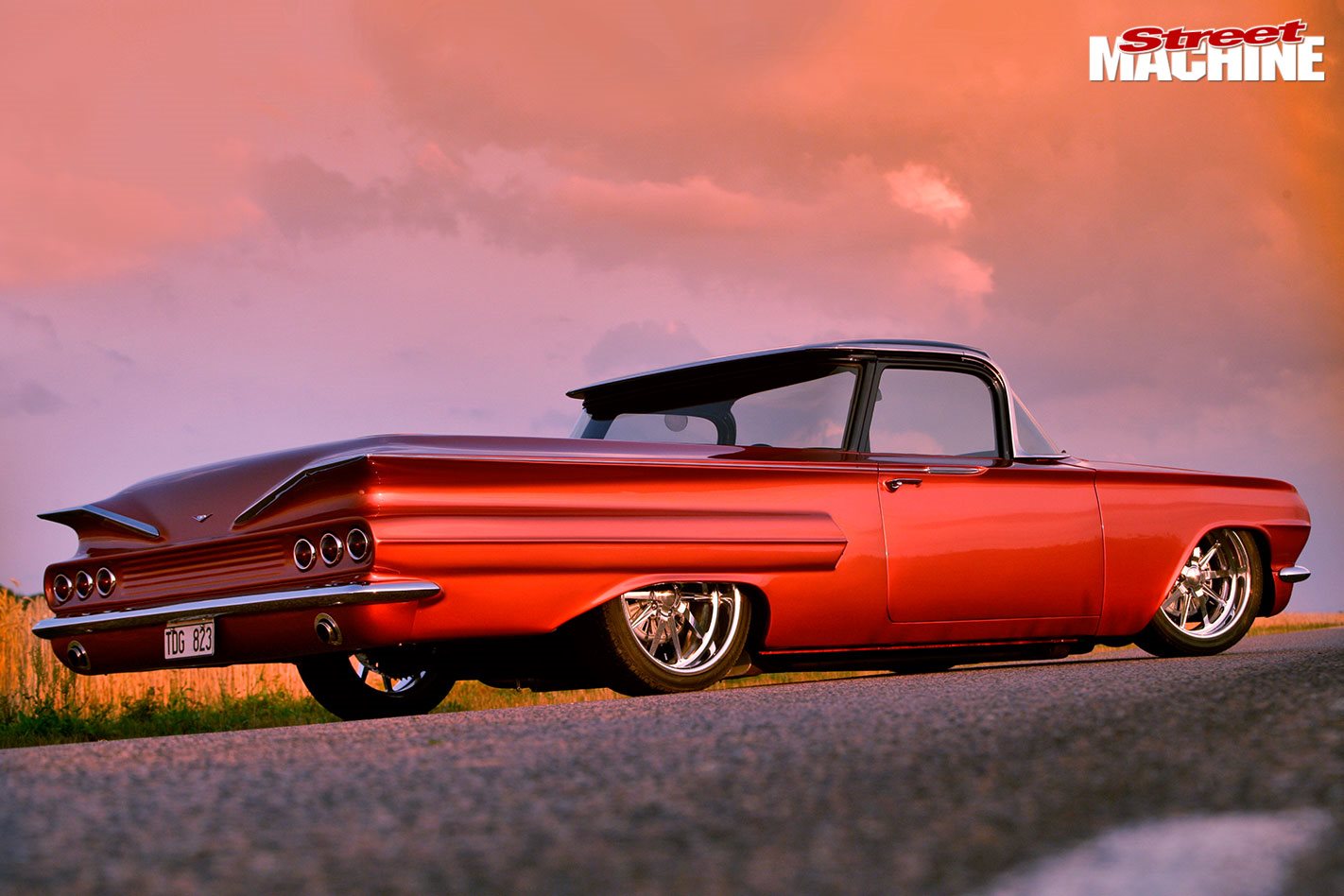 So they began looking for a project, preferably an El Camino.

“We’ve got more car magazines than cook books in the kitchen! It became part of our daily routine to end our morning meeting with a peek into the stacks of car and trader magazines,” Martin says.

They’d soon bought a mildly tweaked small-block Chevy 327 but plans to drop it into an El Camino changed when they found an advert for a Pro Street -styled ’56 F-100.

“The Ford was cool and we both liked the style of it. We bought it because it was basically a finished car and the stuff we didn’t like on it — interior, wheels, some smaller stuff — could easily be fixed. It meant we didn’t have to spend two years building.” 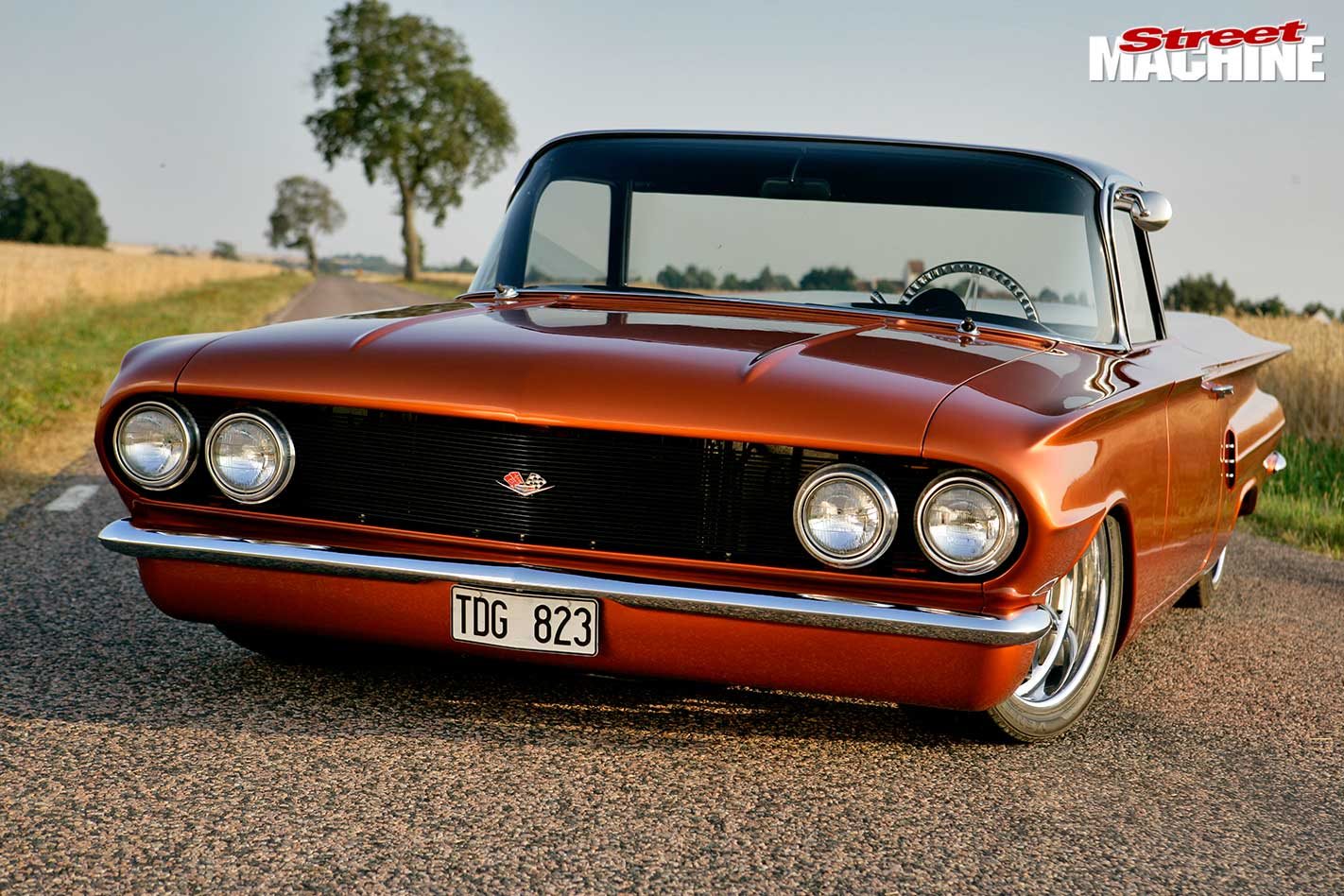 Two years later, Martin reminded Hans that they still had a Chevy motor but no El Camino, so they decided to lose the F-100 and thought about building what became known as ‘El Caliente’ [Spanish; literally ‘the hot one’, describes a culinary treat].

An El Camino was soon found, recently imported from California by Mooneyes Sweden. They drove eight hours north to see Håkan at Mooneyes, who told them he’d bought the car at the Pomona Swap-Meet and driven it from Los Angeles to New York.

While chatting about their plans, they found Håkan had the same vision for the car. The big difference, however, was that Håkan builds cars for a living while the chefs had limited time to customise one. 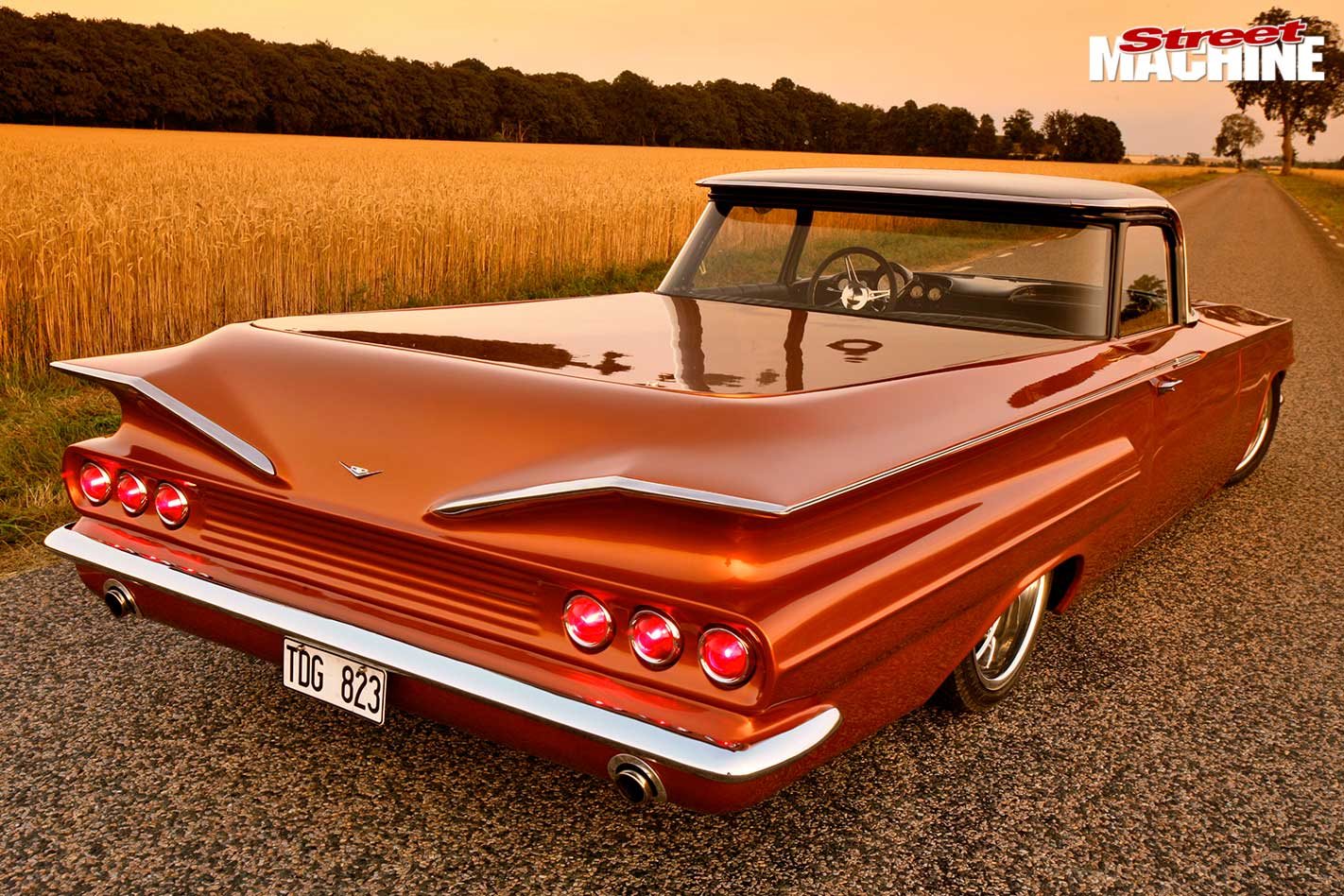 The rear bumper was made from two front bars while the design between the tail-lights was inspired by watching a waitress fold napkins in the restaurant!

So instead of driving the El Camino home, they left it with its previous owner (who knocked a few bucks off the price since they didn’t need the engine) and agreed on an aggressive yet nostalgic look incorporating the chefs’ ideas. The budget was US$40,000, which of course went out the window.

Work began at the end of 2002 and Martin and Hans soon became used to making the 16-hour round trip to stay involved with the build.

The first thing on the agenda was to fix the rust — after the body was sandblasted they found it was full of tiny rust holes. The body was then lifted off the frame. While that was being freshened up, the chefs realised they needed airbags to get the look they wanted. 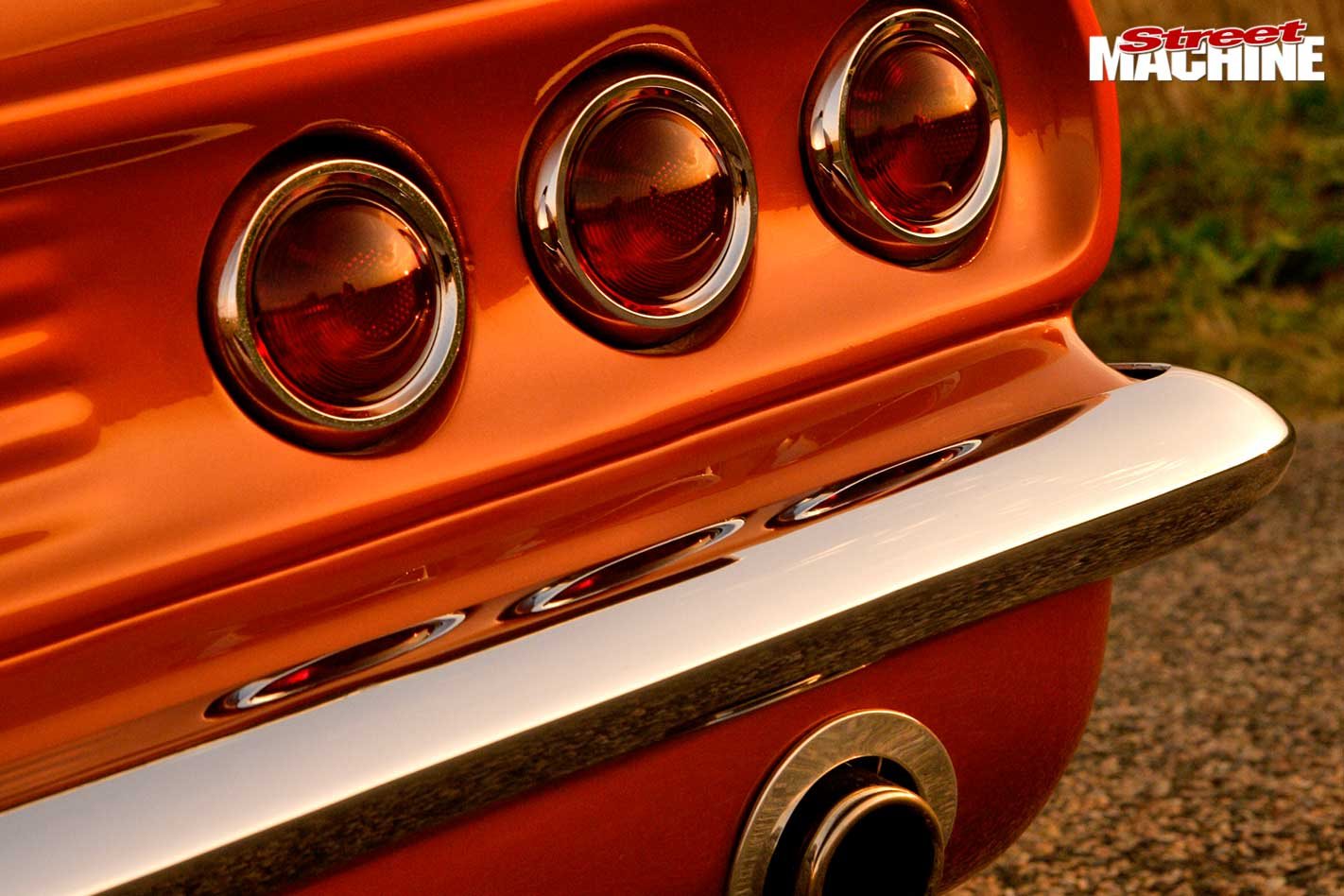 A few times during the three-year project Håkan had to take a month’s pause, which allowed the chefs to reflect on the project’s direction.

“Using American Racing Torque Thrust II wheels was tempting but too mainstream. We found the right wheels in a magazine feature about a customised station wagon — 20in Budnick Gasser wheels. We also got a hold of a set of chrome reverse wheels with whitewalls and spider caps. They give the car a 60s look,” Martin says.

The side windows show the attitude taken with the whole build. The vent windows were removed and it took two full days to make the power windows work properly. All the glass on the car was made especially, in neighbouring Finland. 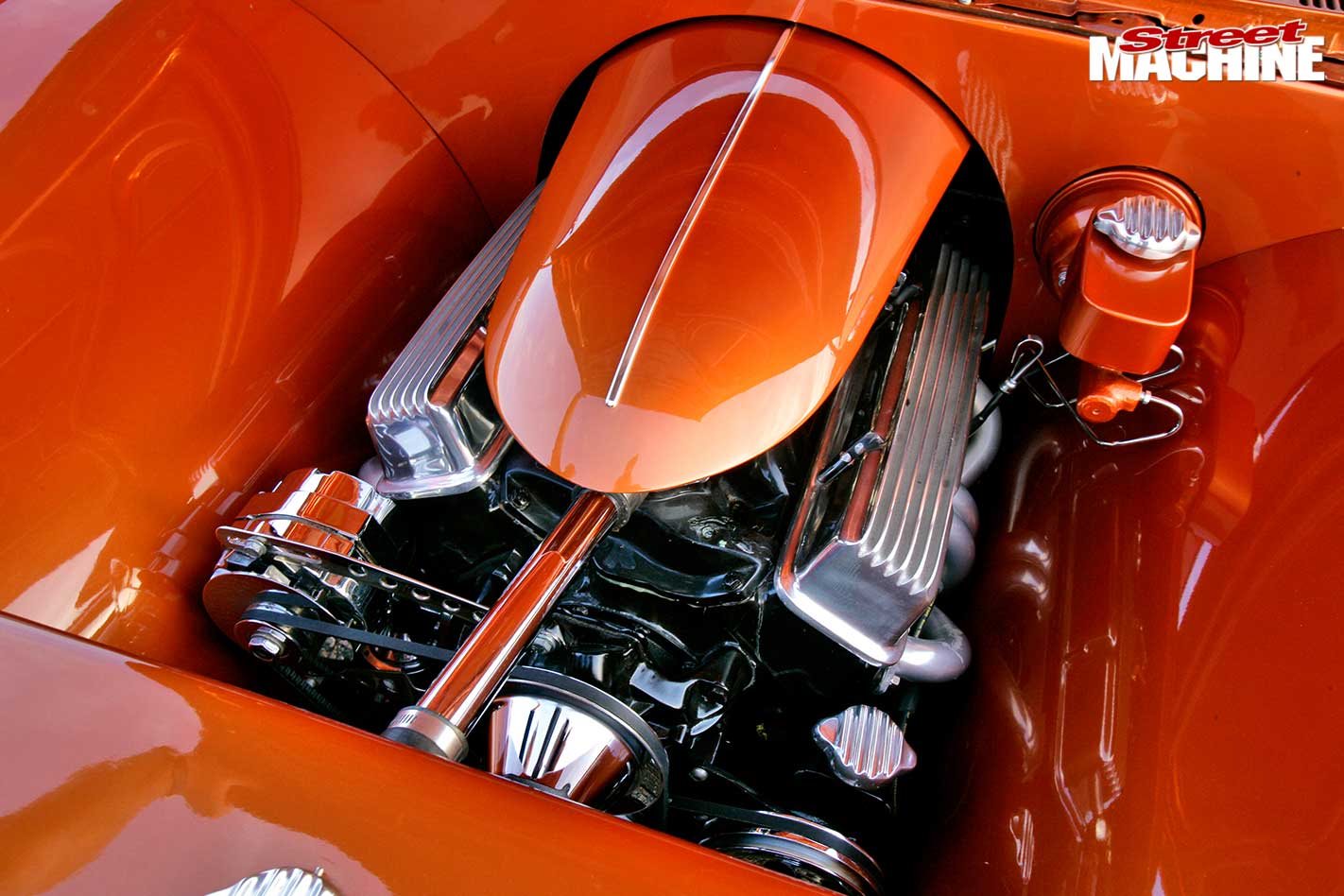 “The closest thing to a compromise is the engine bay,” Martin says. “It’s a collective design effort. We covered the stock firewall with smooth sheet metal and created a semi-circular hole for the engine and air cleaner. The shape of the inner fenders mimics the air cleaner. We also covered the radiator to get the engine compartment as clean as possible.”

The entire front end is new. The bonnet is peaked over a handmade, black powder-coated grille and a similarly peaked bumper was made from two rear ’69 bumpers. At the back is a ’69 Camaro bumper — made out of two front bumpers, with twin Corvette-style exhaust outlets.

There’s also an extra 1950 Pontiac brake light on each side to fill out the line-up. 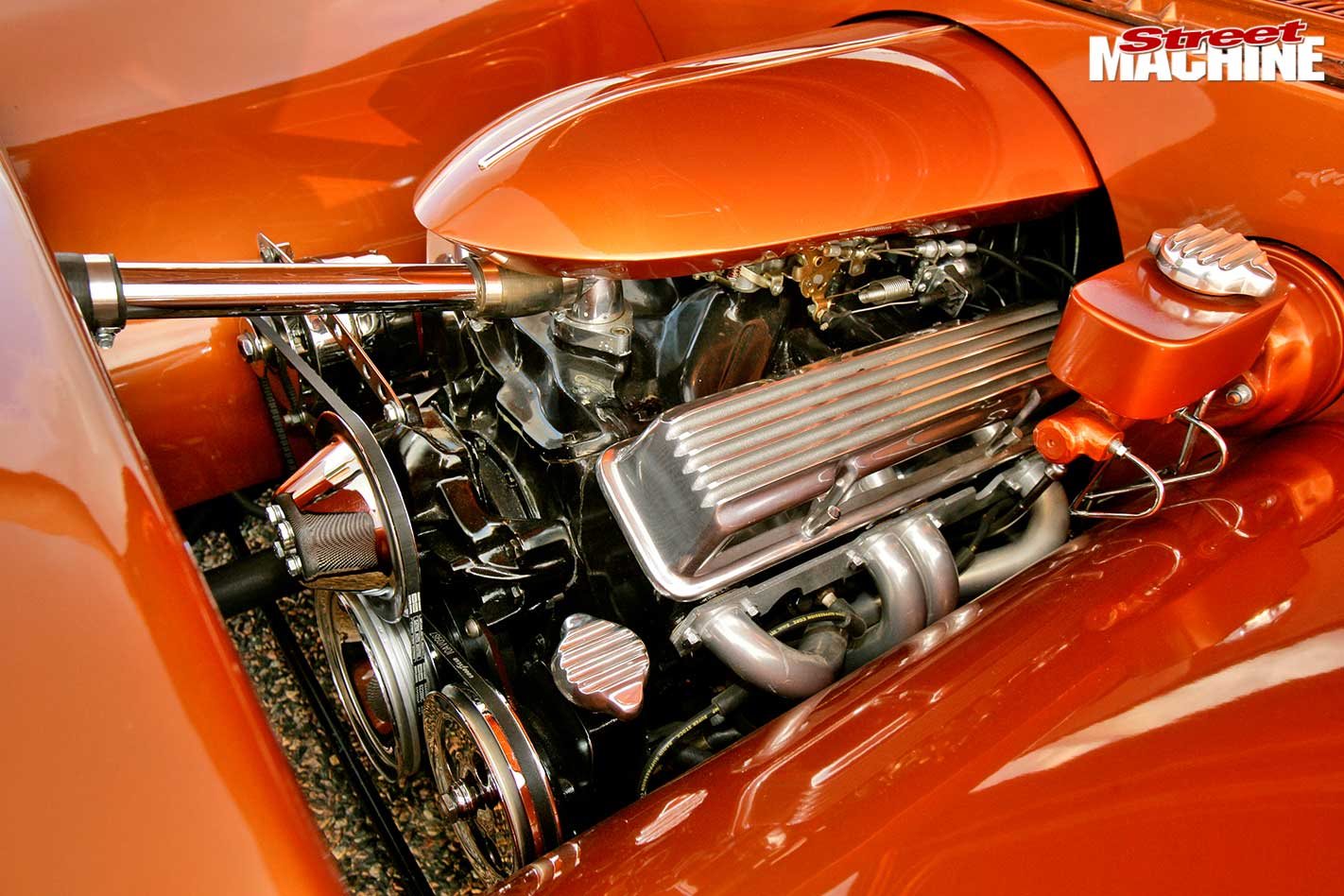 Håkan describes the El Caliente project as a journey that started with an $800 car at Pomona.

“I never expected that a simple for-sale ad in a trader paper would give me the opportunity to cook up a car like this with two chefs!” he says. “It’s been a privilege to be part of this project, and to have had some influence over the outcome.”

Martin agrees: “There is nothing on the car that we would like to redo or modify. The only thing we did alter late in the project was to move the grille in 50mm to give the front the aggressive look we were after. The rear is just gorgeous! There were many hours spent on getting the right flow in the body lines.” 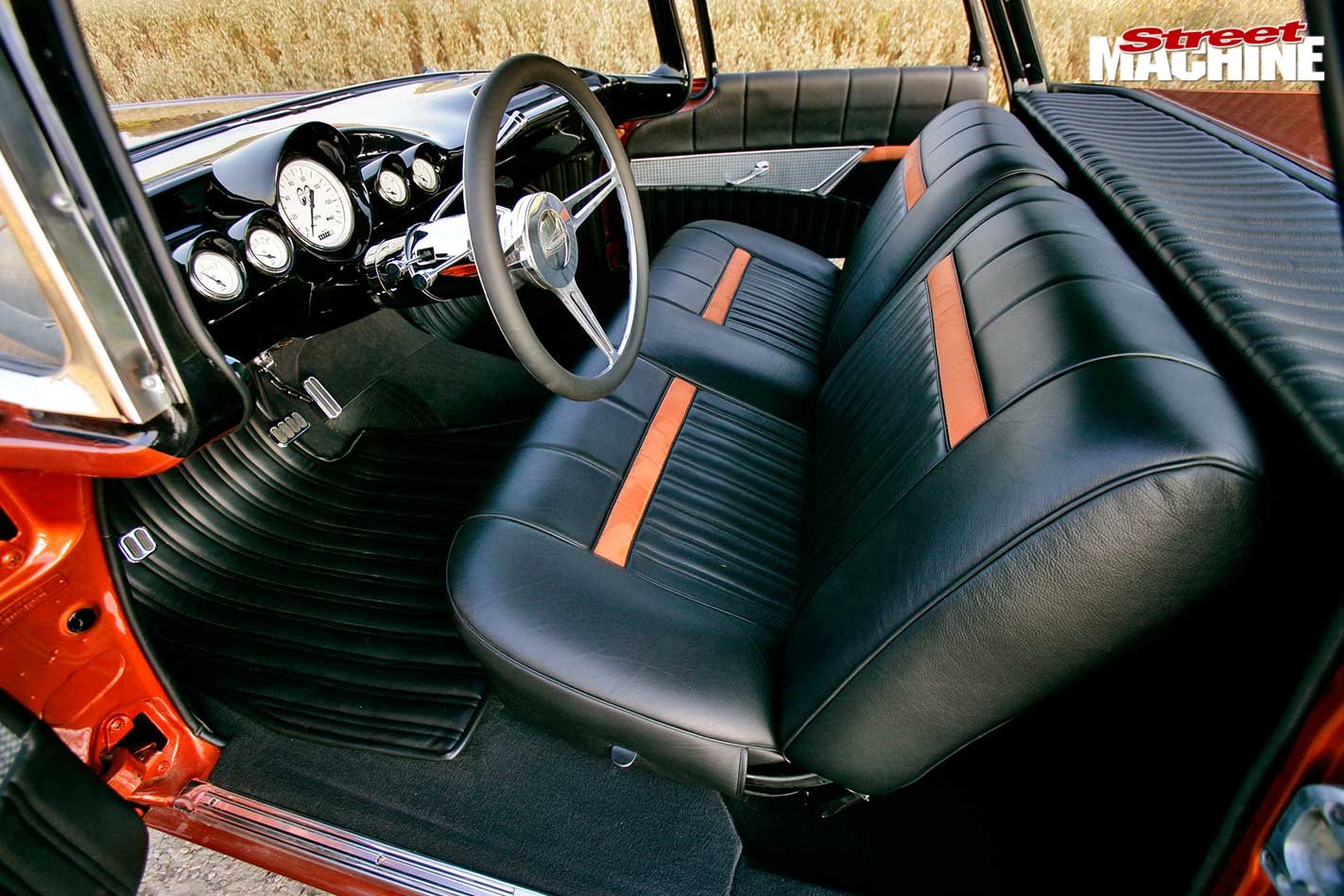 The car was finished in spring 2005 and revealed at the Custom and Performance Show, in Jönköping, Sweden, where it won a swag of tinware.

“But,” says Martin, “because of our work in the restaurant we haven’t driven it a whole lot so we’re thinking about parting with it. Maybe.

“The El Camino has made us better in the kitchen because it gave us a break from the daily stuff. So we’ve started to plan our next project. It will be a Brookville ’32 Ford Roadster with a big-block, manual tranny and a Halibrand quick-change. We’re still working on the rest of the recipe.” 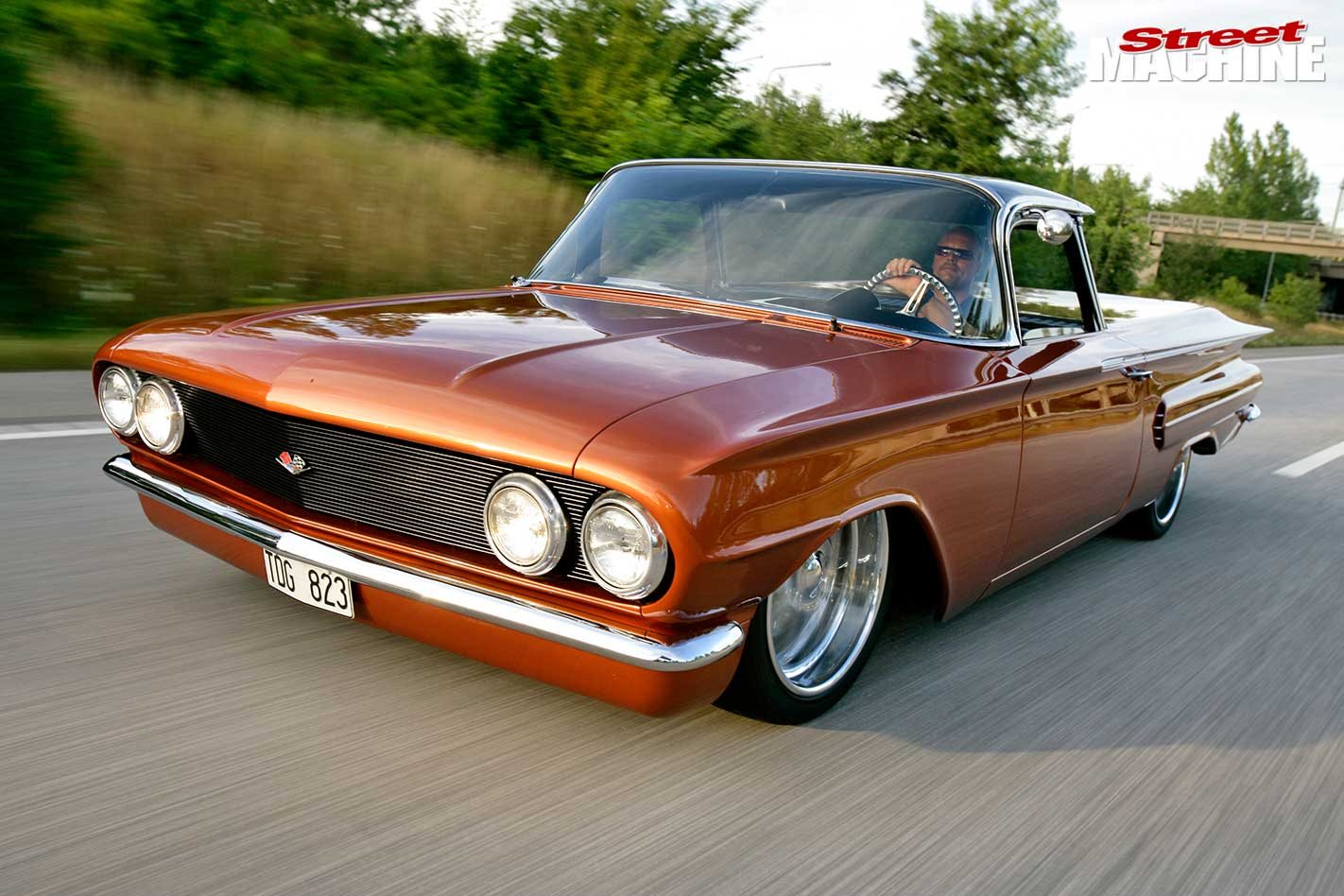 THANKS
Mooneyes Sweden and Sybo