The Lamborghini Huracan Performante has thrown a spotlight on the effects of active aerodynamics in road cars. We take a look at the other carmakers who blew the wind tunnel budget.

WE DON'T usually associate Lamborghini with working smarter rather than harder.

The popular image of the Sant’Agata firm is all big noise, loud colours and drama. A more studied, cerebral approach to beating the opposition is a more recent development. Along with developing smart new carbon fibre technology, Lamborghini finds itself at the forefront of production car active aerodynamics. Its Huracan Performante heralds a whole host of methods to massage and marshal air flow, from its splitter with movable front flaps to a rear wing that can channel air through intakes at each side, opening and closing each independently to generate downforce on the inside rear wheel mid-corner.

‘Aerodinamica Lamborghini Attiva’ is far from the first active aerodynamic system. We’ve seen all sorts of developments in this sector from the simple motorised rear spoilers seen on the Mitsubishi 3000 GT and Volkswagen Corrado right through to the dizzyingly complex air management systems of today’s hypercars. We take a look at four of the key exponents here. 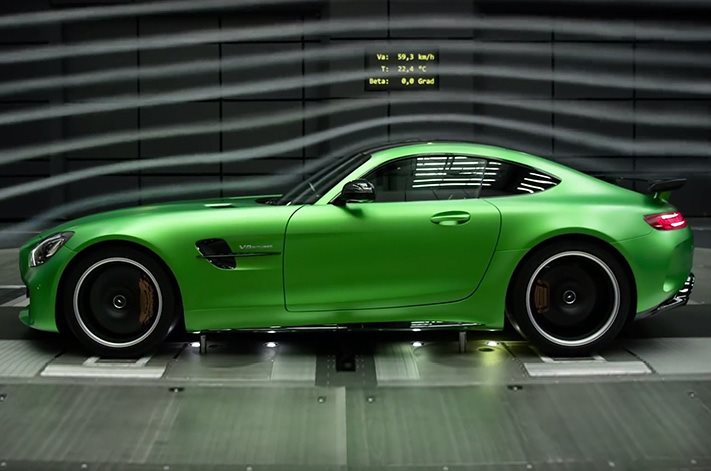 The GT R features one of the more subtle active aero implementations, with a carbon element at the base of the front spoiler. At 80km/h this motors down by 40mm, creating a venturi effect which lowers lift across the front axle by around 50 percent (or 40kg) at 250km/h. 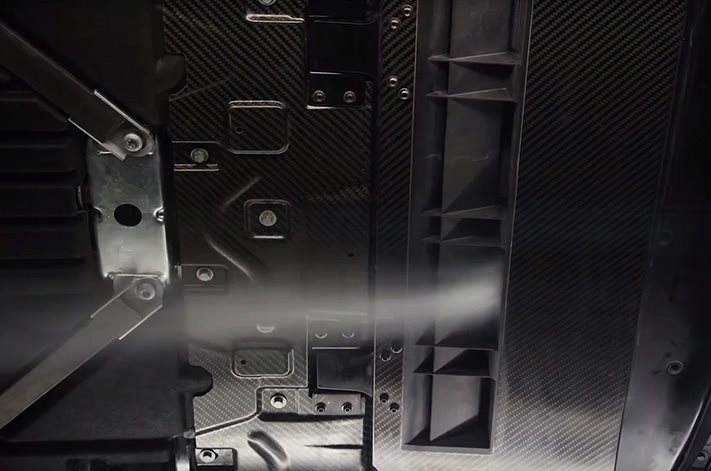 There’s also a pair of motorised louvres in the front grille which are usually closed for aero efficiency but which open in one second, assisting in cooling when required. This AirPanel system has been rolled out from the GT R to the rest of the AMG GT range and is different to the usual active shutter grille in that it also diverts air to the underbody venturi when opened, reducing front lift still further. 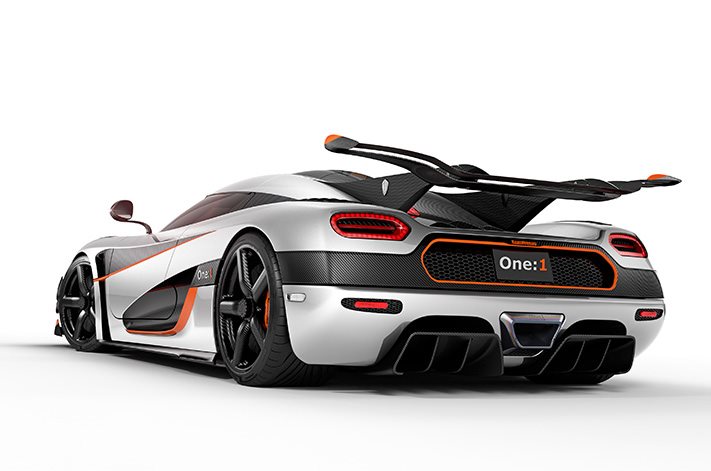 Gaining increasing recognition for innovative engineering, Koenigsegg has applied some serious brain power to airflow management in the Agera One:1 hypercar. The huge rear wing is top-mounted with swan necks, smoothing airflow on the underside and working the airflow harder without the separation effect of vertical mounts. It can also deform to adjust its chord line (which affects its drag and downforce) but can’t lower completely like the McLaren P1’s rear wing. 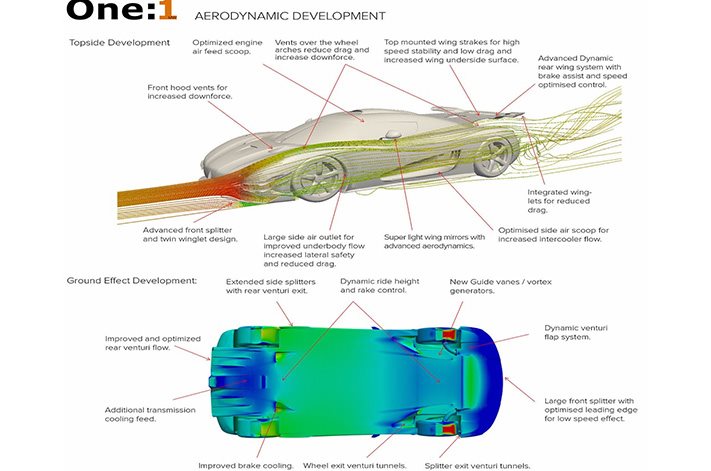 Koenigsegg’s suspension can be raised or lowered, also adjusting for rake: increasing the nose-down attitude in its high-downforce setting. The dynamic undertray features a venturi with a retractable carbon flap, the net effect of which is to reduce downforce front and rear at high speed for low-drag, high speed running, bringing the centre of pressure  aft of the centre of gravity and thus increasing stability. 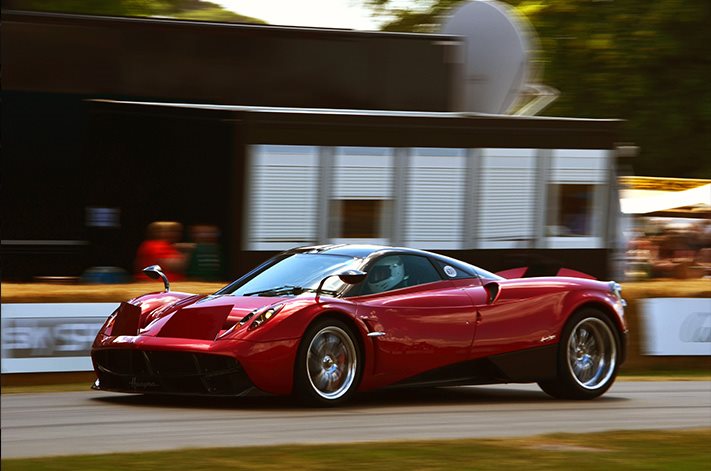 The Huayra’s set of movable flaps front and rear might be the coolest looking active aero on offer, but it’s arguable how effective it is from a vehicle dynamics perspective. The two large flaps at the back are mounted a long way inboard, so the differential drag between the two of them is never going to create a large moment of downforce torque. The software controlling the flaps biases heavily for low drag configurations, so it’s arguable that in slower corners, a more effective downforce model would be to have both rear flaps at maximum height. 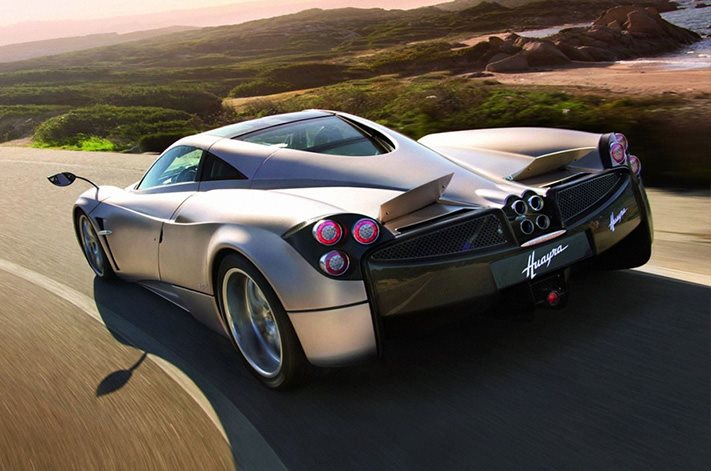 There’s also an issue with the high angle of attack of the front flaps, which would detach laminar airflow and create both an area of turbulence in their wake and downforce at the leading edge of the flap, in effect shifting the aero balance of the car forward under braking when it needs to go back. The aero effect midcorner isn’t helped by the lack of any endplates on the spoilers, so while the Pagani looks the absolute business, we’re far from convinced by the aerodynamic benefit. 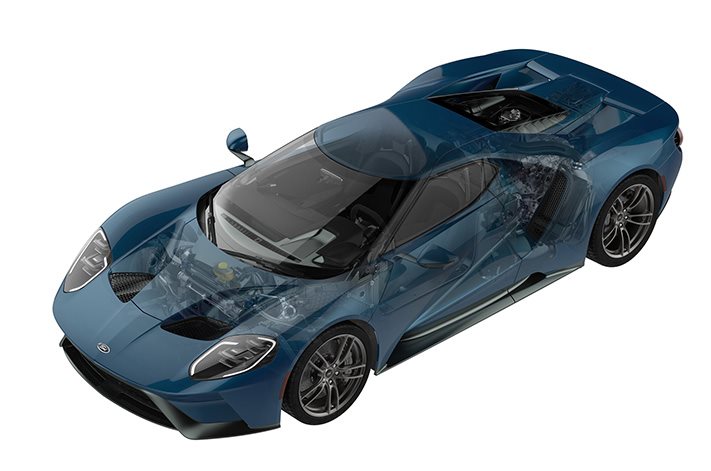 The stunning Ford GT features both a moveable rear wing that also doubles as an air brake and an actively adjustable ride height. The wing doesn’t operate in isolation though, working in concert with the car’s undertray. When the rear wing is stowed, flaps open above the front splitter to guide air through vents in the front undertray, creating a similar effect to the Koenigsegg One:1, and gently diverting the aero balance rearwards. 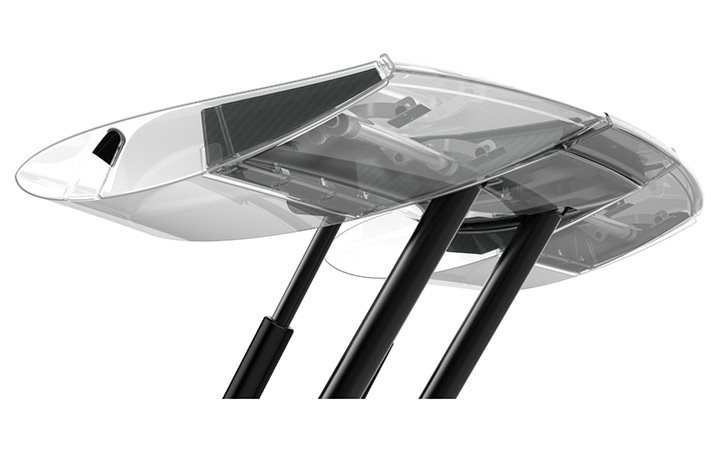 The rear wing is particularly fascinating as it doesn’t just change its angle, it changes its shape. A patent-pending design can extend or retract a small Gurney flap along the trailing edge. Ford claims this tech results in a 14 percent improvement in wing efficiency. 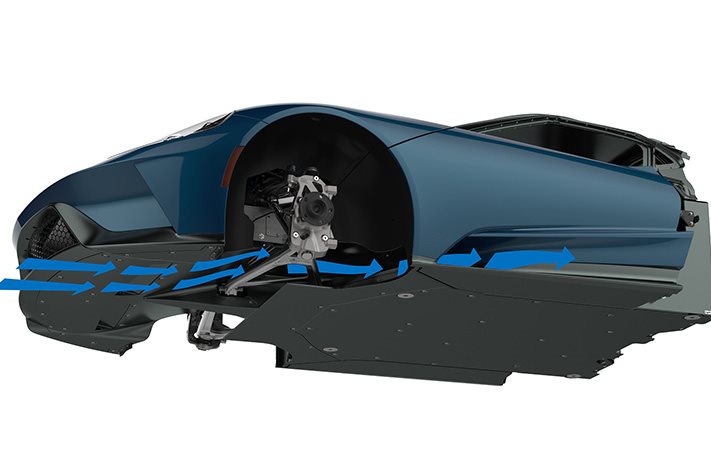 Another cool thing about the GT’s aero? Those flying buttresses that link the roof to the rear fenders are sneaky wings, being aerofoil shaped in profile. And there’s more. After passing through the intercoolers in the rear fenders, air is vented out through the centres of the ring-shaped tail lights. We’re not sure about the aerodynamic benefits of that, but tail lights with hot breath have to be a first.