OKAY, so Toyota doesn’t make the 86 sports car in Australia. But that didn’t stop its Australian design centre from reimagining how the two-door coupe would look as a shooting brake – and then build it.

Based on the Japanese car maker’s runaway success two-plus-two sports coupe, Toyota Style Australia, under the direction of then-design chief Nicolas Hogios, conceived and created a version that added a dose of practicality: a wagon-style boot.

Not only did the evolution from coupe to wagonette add a little extra boot space, but it made the rear seats a more realistic proposition for second-row occupants robbed of headroom in the coupe, although legroom was still questionable. 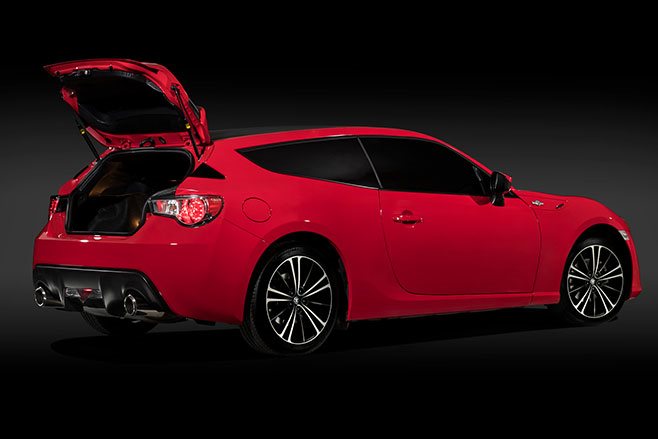 For the transformation, the styling team extended the roofline from the windscreen down to a completely new rear hatch, stretched the side glass and modified the rear quarter to marry up with the new profile. The extended roofline also suited a roof rack, which Toyota said would appeal to young, active people who would find the option to cart more kit attractive.

The result is not some museum-bound solid clay model with black windows, but a fully functioning 86 variant that can go to the track one day, and head out camping the next.

The creative element was completed entirely on red dirt, but the task of building the concept was snaffled up by Toyota’s team in Japan after a quarter-scale clay model was shown to Toyota 86 chief engineer Tetsuya Tada. It was finished just in time to be shipped here for a surprise reveal at 2016’s Festival of 86 held in Sydney. 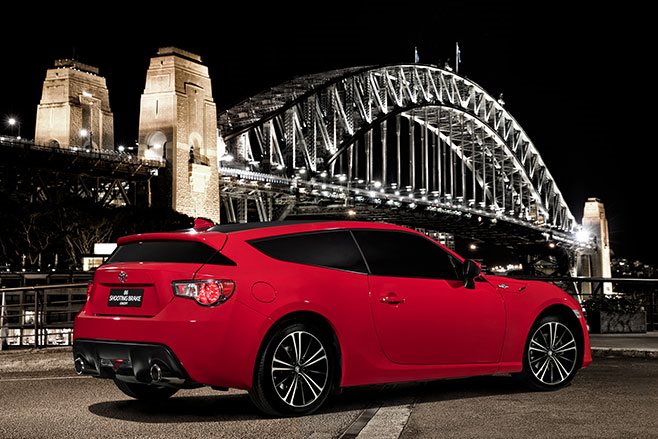 The car not only wowed local fans of Toyota’s sports model, but made headlines in automotive publications worldwide. It also prompted an international appeal for carmakers to go the full distance and chalk the Shooting Brake for production lines.

However, the design was regarded as too divisive and the car remains a one-off with no plans to offer a showroom version of the big-booted 86.

Welding a more capacious derriere onto a sports car is not a new idea. BMW fans will likely remember 1998’s Z3 M Coupe that added a hardtop hatch to the vicious folding-roof Z3 M Roadster. 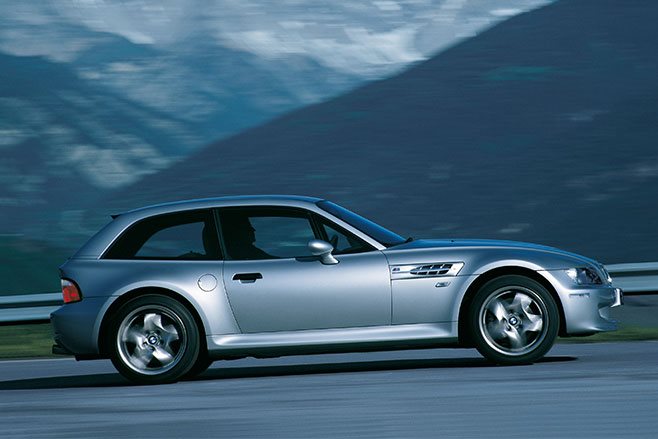 Similar to the Toyota 86 Shooting Brake, the Beemer bread van polarised the motoring community. But that didn’t stop the German carmaker putting it into production.

The Audi Shooting Brake that rolled out at the 2005 Tokyo Motor Show was another stillborn concept, although it did offer a sneak peek of what the nose of the gen-two TT coupe would look like. 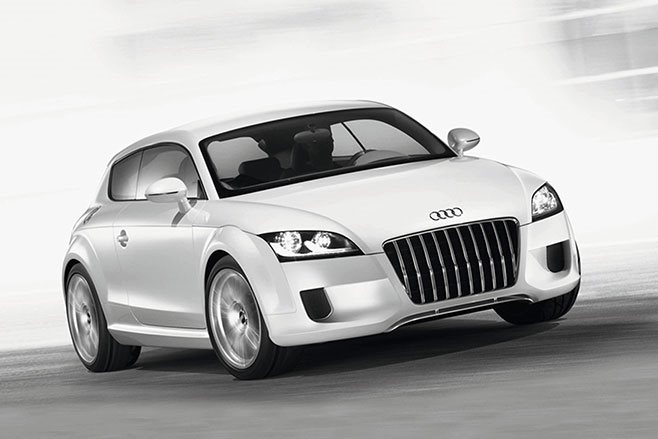 Some will lament at Toyota’s decision to shelve the 86 Shooting Brake, while others will thank the company for keeping the car off public roads, but a concept car is meant to provoke dialogue and gauge opinions. If that was the brief, then it’s job well done, Toyota.