Mention ‘Toyota’ to the average person and you won’t garner more than a shrug. Besides the hot-ticket 86, to most the Camry sedan, Corolla hatch and Hiace van are Toyota’s more widely known conquests. Of course, more recently, the comeback of the Supra will be known to many enthusiasts too.

However, to the motorsport aficionado, the marque’s name packs a lot more weight. Toyota’s racing curriculum vitae features everything from a lengthy run in Formula One to multiple wins in the World Rally Championship. Then there’s the thirty-year war it’s waged on sports car racing where it developed the obsession to win Le Mans.

Toyota’s also battled various championships at home in Japan, in America, and even began its rally career right here at the 1957 Around Australia Trial Rally.

With such a storied past, we’ve revisited the company’s motorsport roots with a gallery of nine unbelievably cool Toyota race cars. 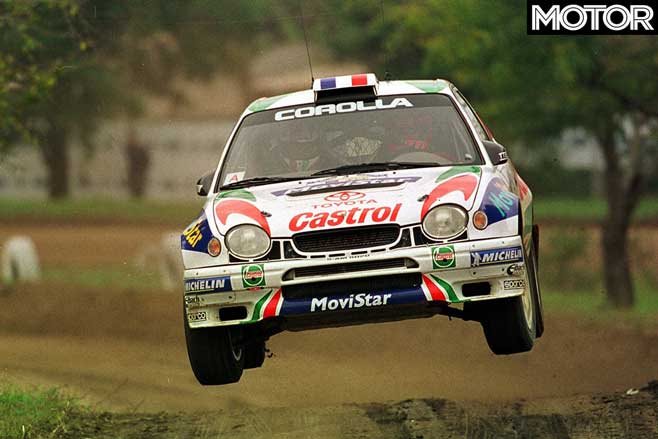 After years of pleading Toyota for a hatch-based rally car, Ove Andersson and TMG finally were granted the Corolla WRC in 1997. It utilised Toyota’s venerated 3S-GTE race engine and in 1999 brought Toyota its third and final manufacturer’s championship. It also took on the ARC from ’98 to ’01 in Neal Bates’s hands. 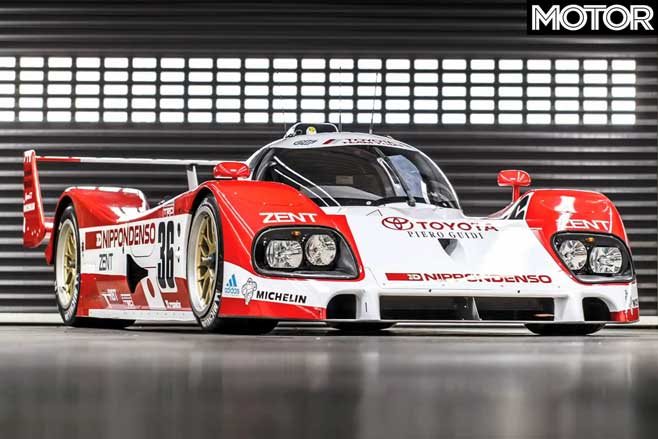 Designed by sports car genius Tony Southgate, the appropriately named TS010 marked Toyota stepping up efforts in endurance racing. And to match its superior aerodynamics Toyota built it a ballistic five-valve 3.5-litre V10. It came second, however, to Peugeot’s 905 at the 1992 Le Mans 24 Hour. 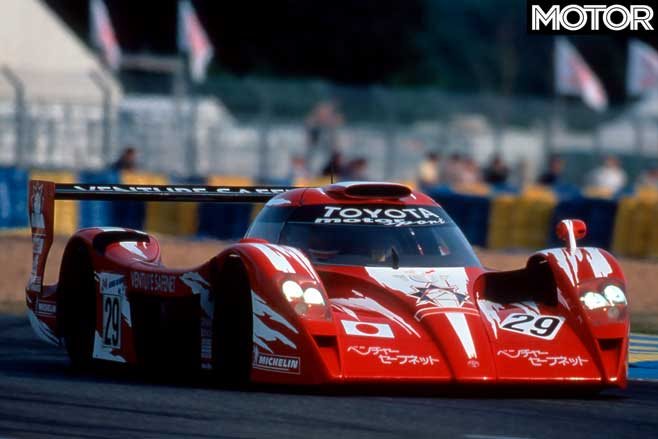 Toyota returned to Le Mans in 1999 with the TS020. Stunningly designed by Andre de Cortanze who believed everything should perform as it looks, the TS020 certainly lived out that notion: It took pole position, set the fastest lap of the race, but had its win smothered by a tyre puncture. 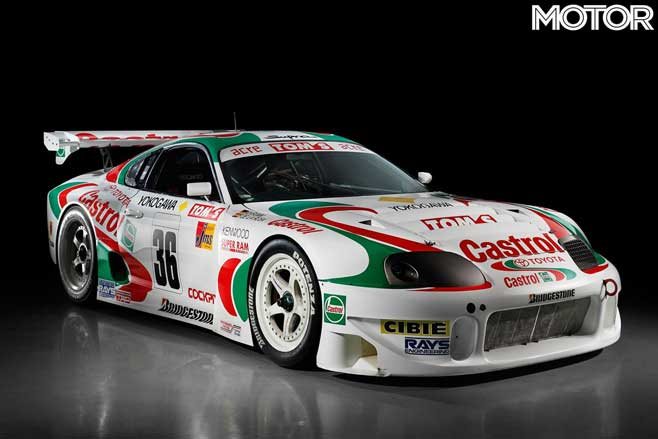 Rearing a generation of gamers with its entrancing green and red livery, the Castrol TOM’s Supra is iconic for good reason. Not only did it us a heavily boosted version of Toyota’s 3S-GT instead of the road car’s six-cylinder 2JZ, it won both the GT500 driver and manufacturer Japanese Gran Touring Championship in 1996. 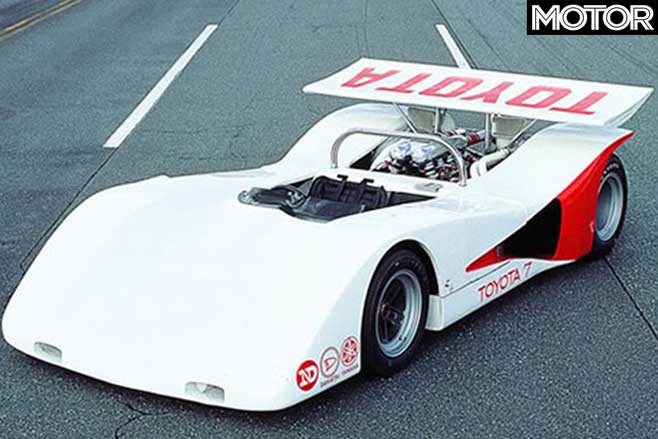 Before the Supra, before the TS010, Toyota’s first real racer was the Can-Am ready 7. A couple of versions were built; kicking off with a 3.0-litre version in 1968, but the stillborn turbo 7 that never made it to Can-Am was the craziest. 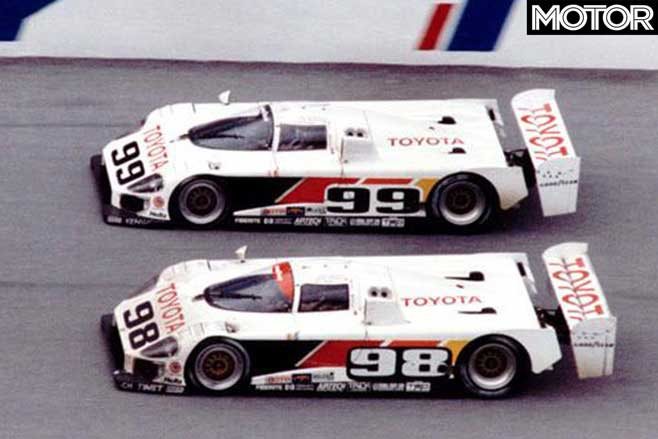 While Toyota’s first global sportscar championship only came last year, its endurance efforts in America have gone much better rewarded. The 600kW Eagle MkIII dominated the IMSA GTP class in 1993, winning both the driver’s and manufacturer’s championship. 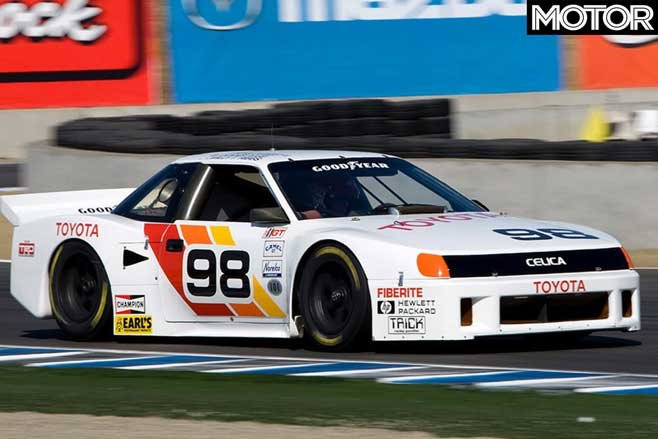 Developed for the IMSA’s GTO class the four-cylinder mid-engine 444kW ST162 Celica gave Toyota the honour of being the first Japanese manufacturer to win the GTO class championship in 1987. 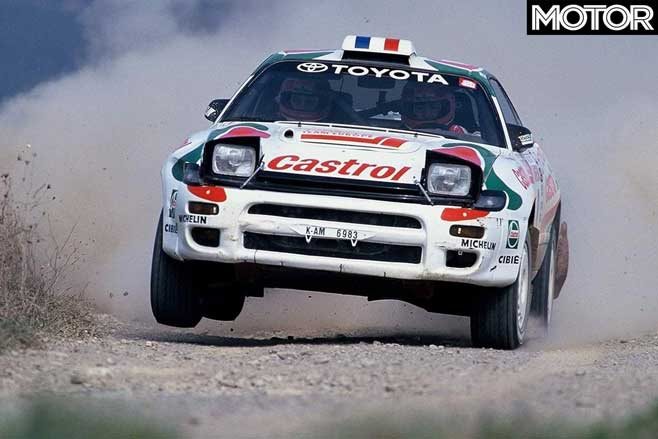 The most significant car in Toyota’s WRC campaign was the Celica. It brought it three WRC manufacturer titles and four driver titles in the 90s. Of the three WRC Celicas that lived, the ST185 was most successful, claiming the constructer’s titles in ’93 and ’94. 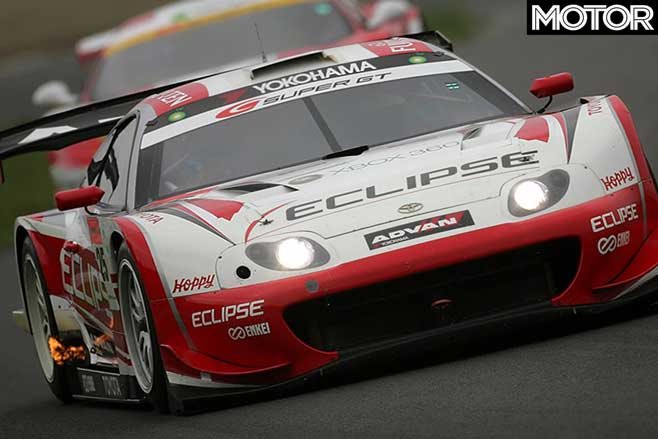 In 2003 Toyota swapped the Supra GT’s four-cylinder for a naturally aspirated V8. It also featured an updated aerodynamics package and took out the Japanese Super GT driver’s championship in 2005. 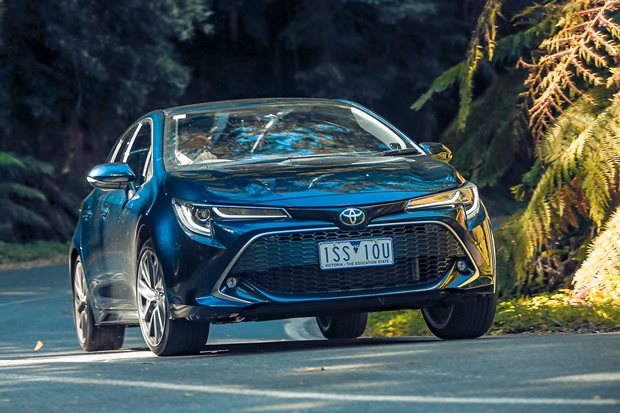 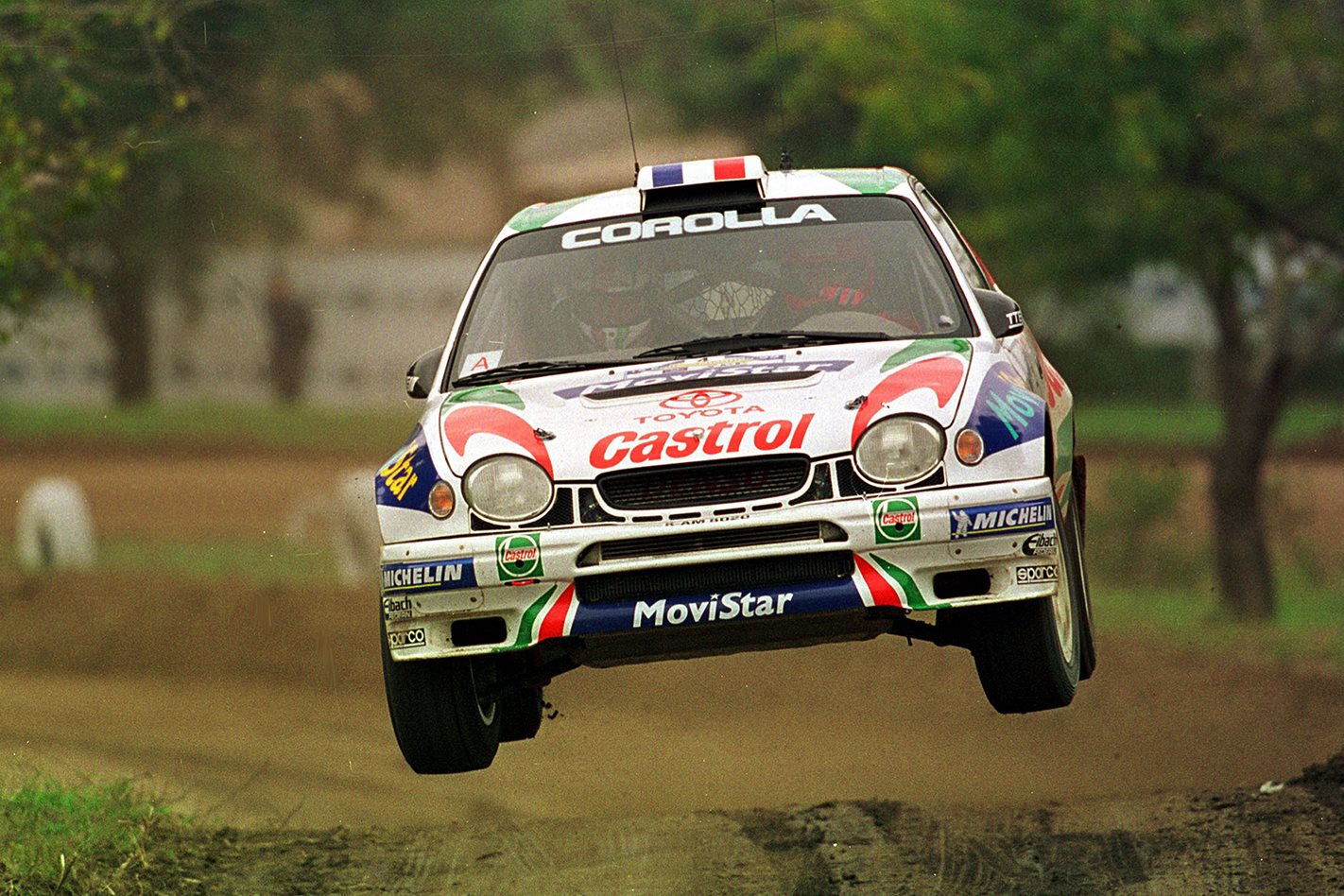 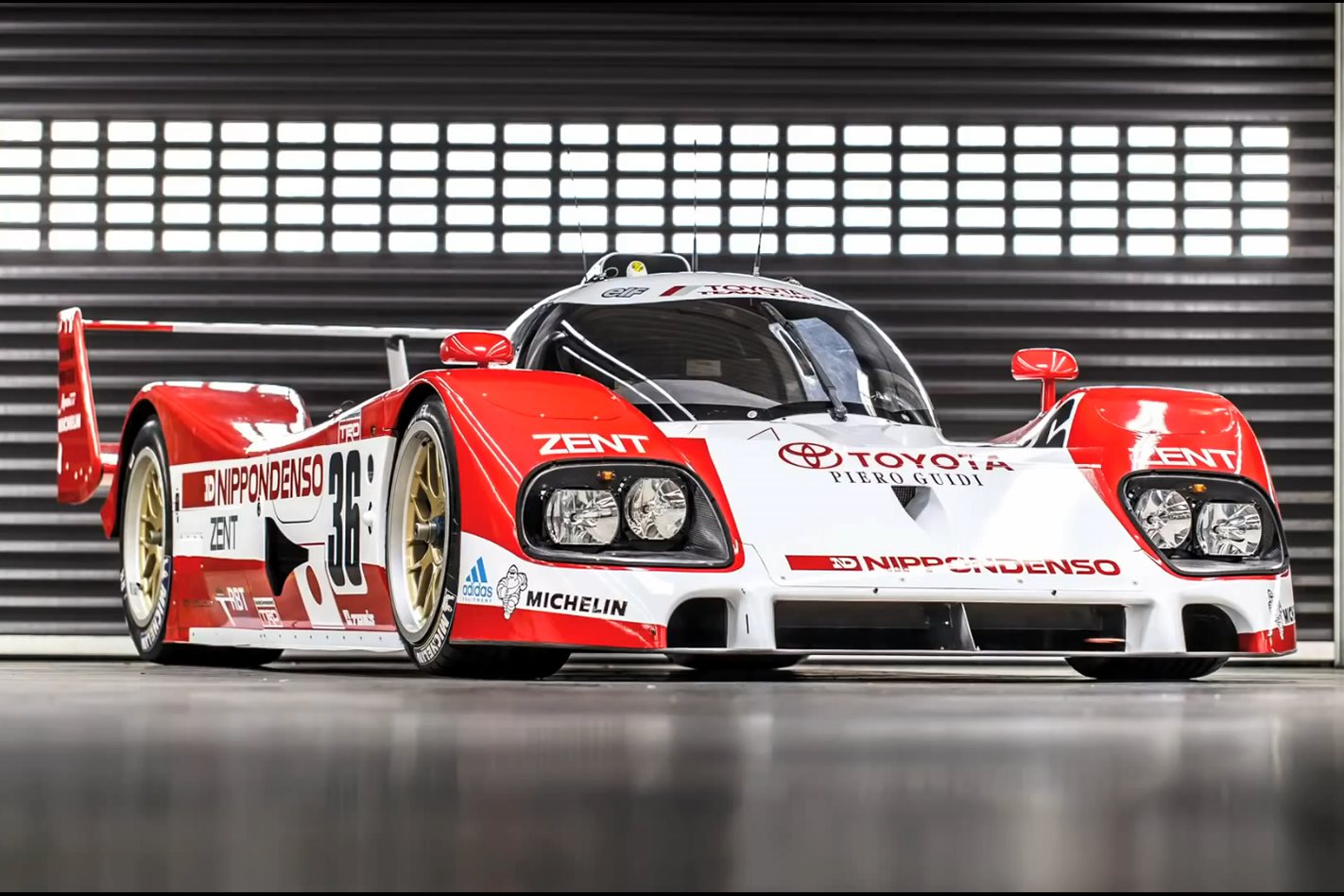 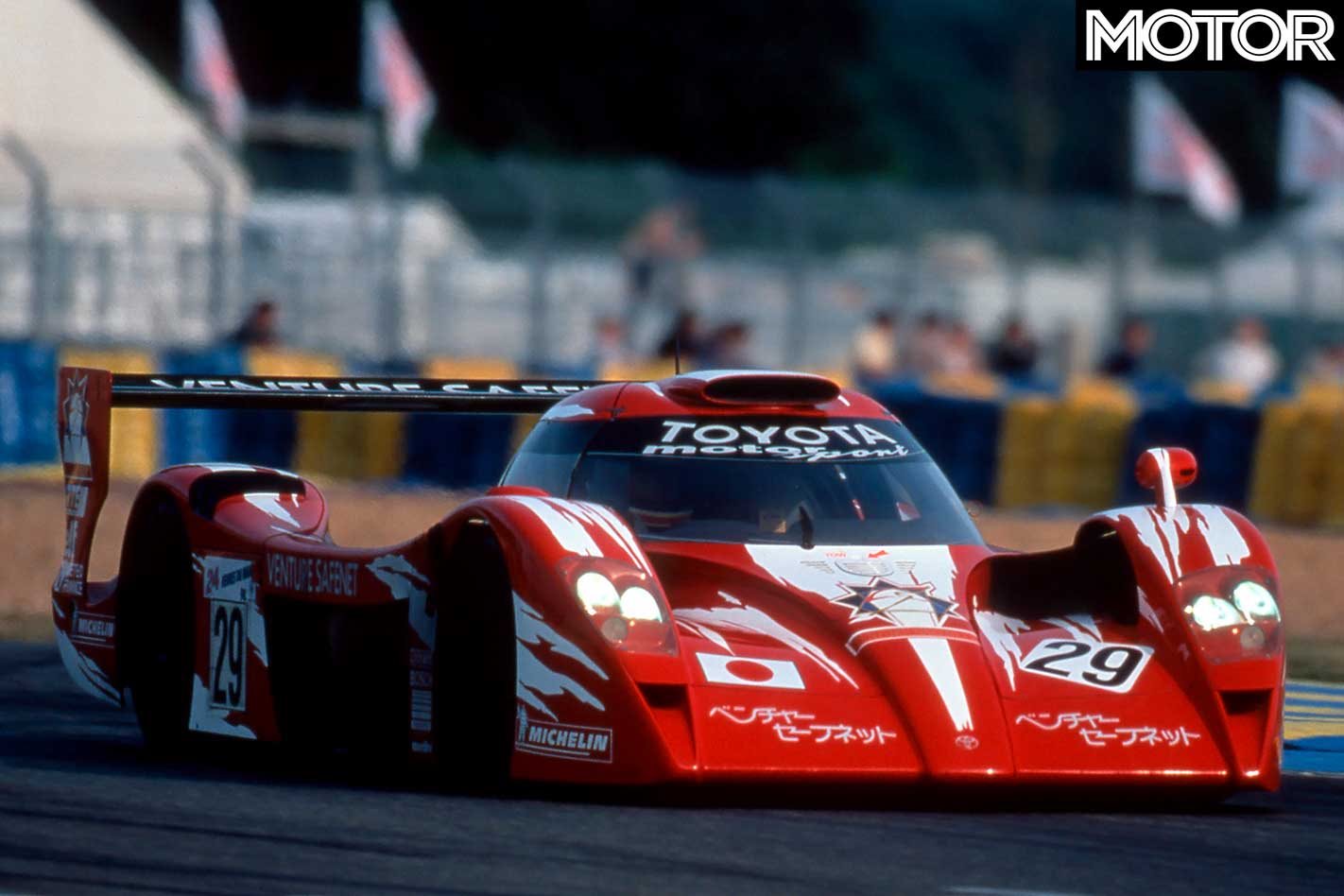 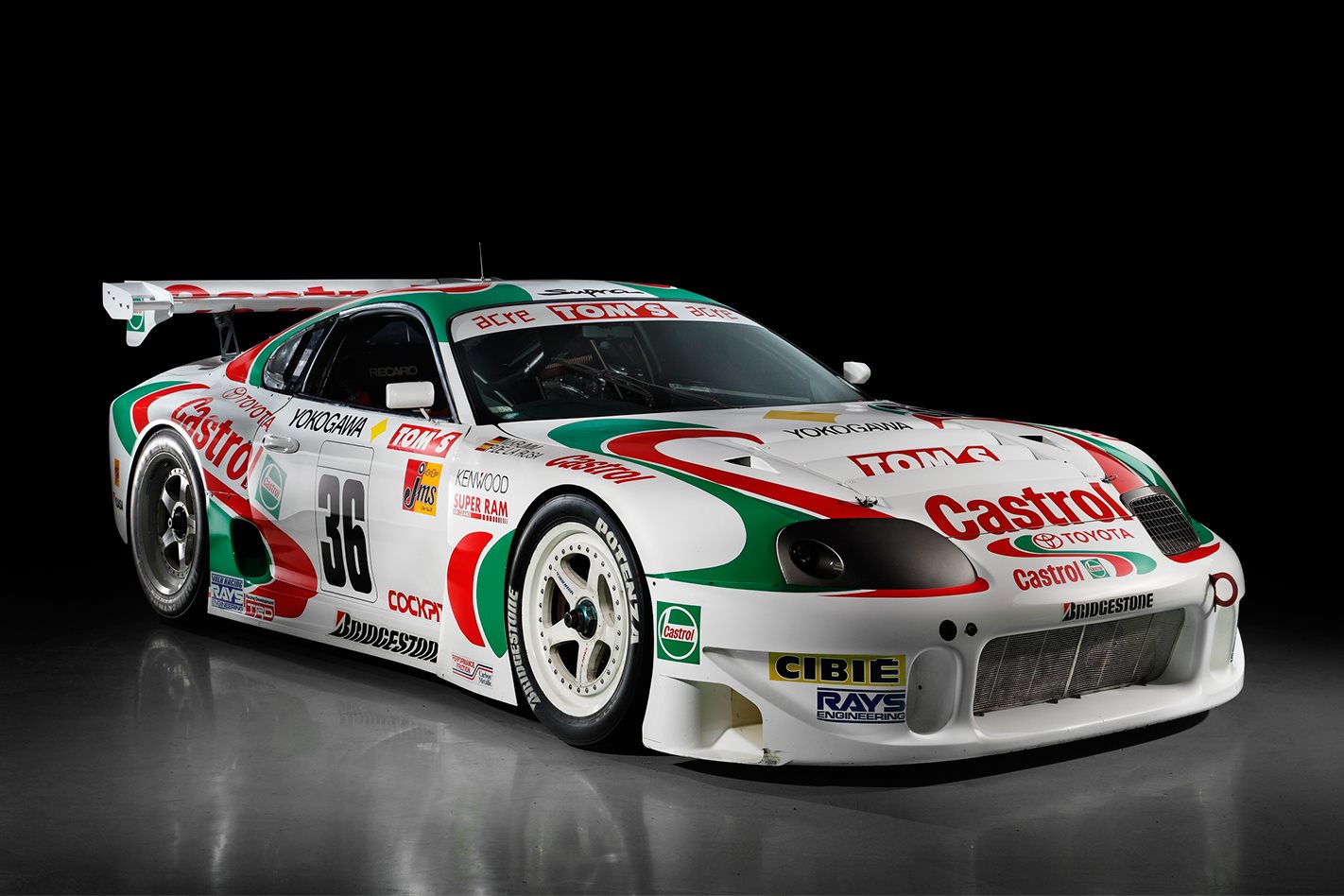 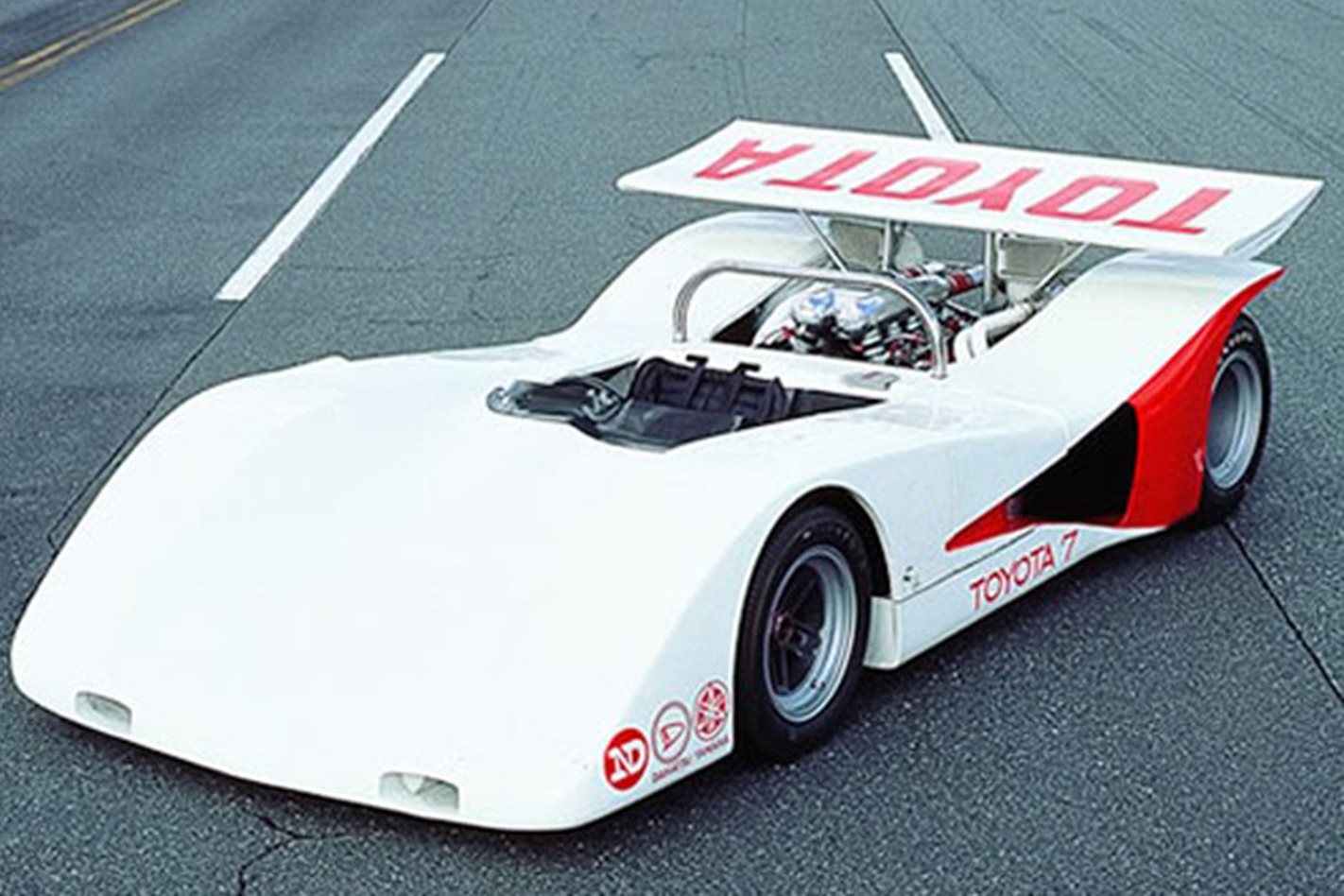 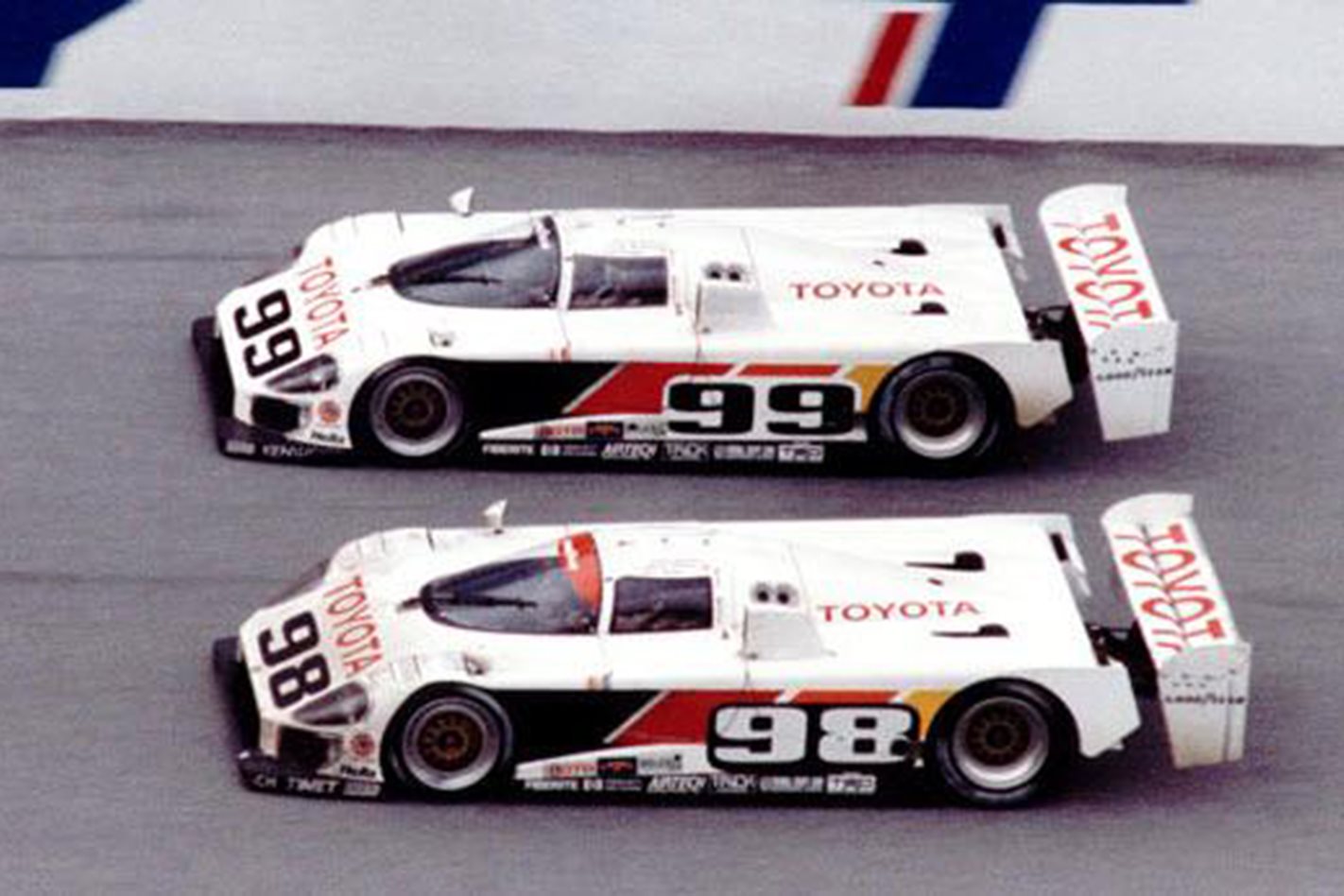 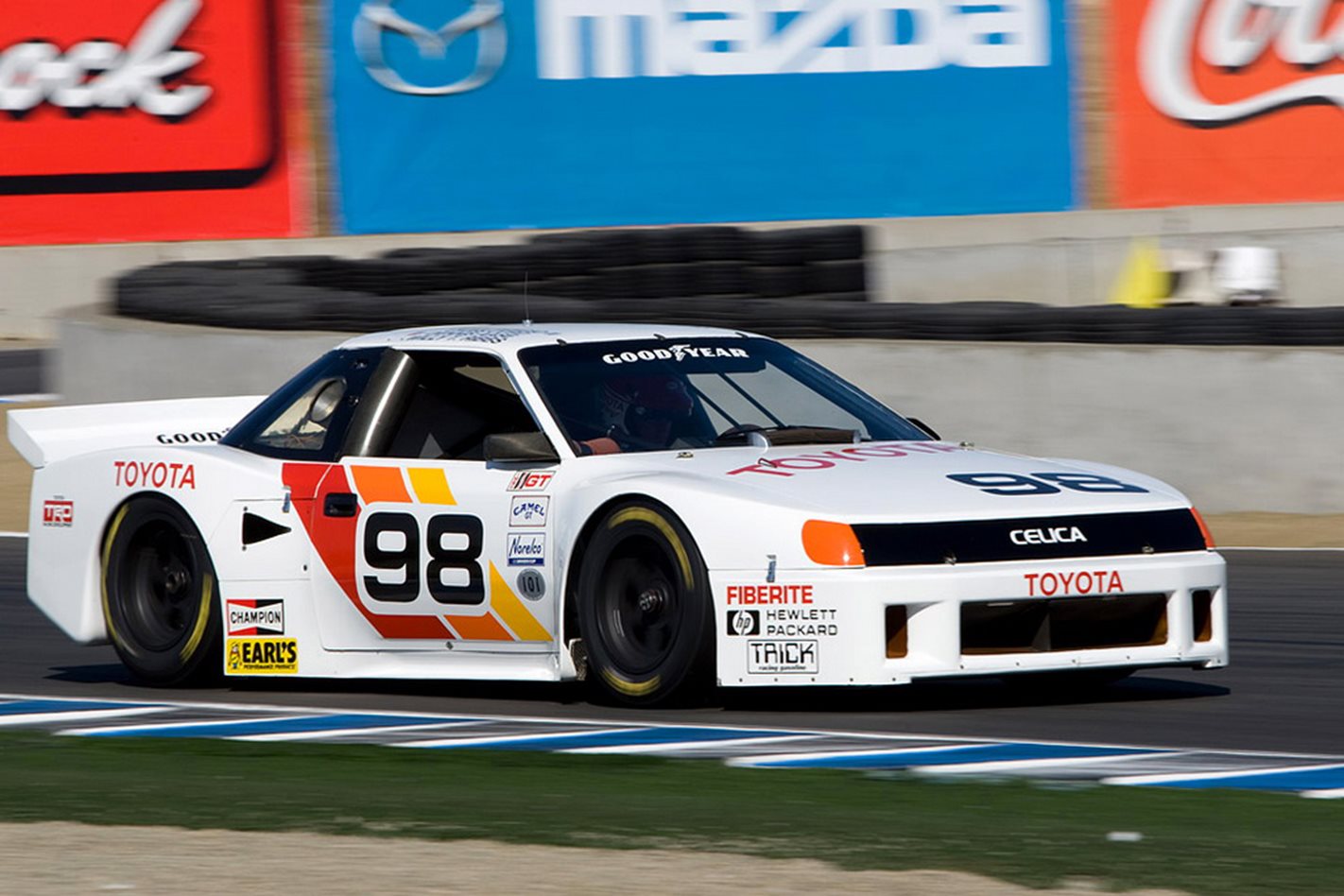 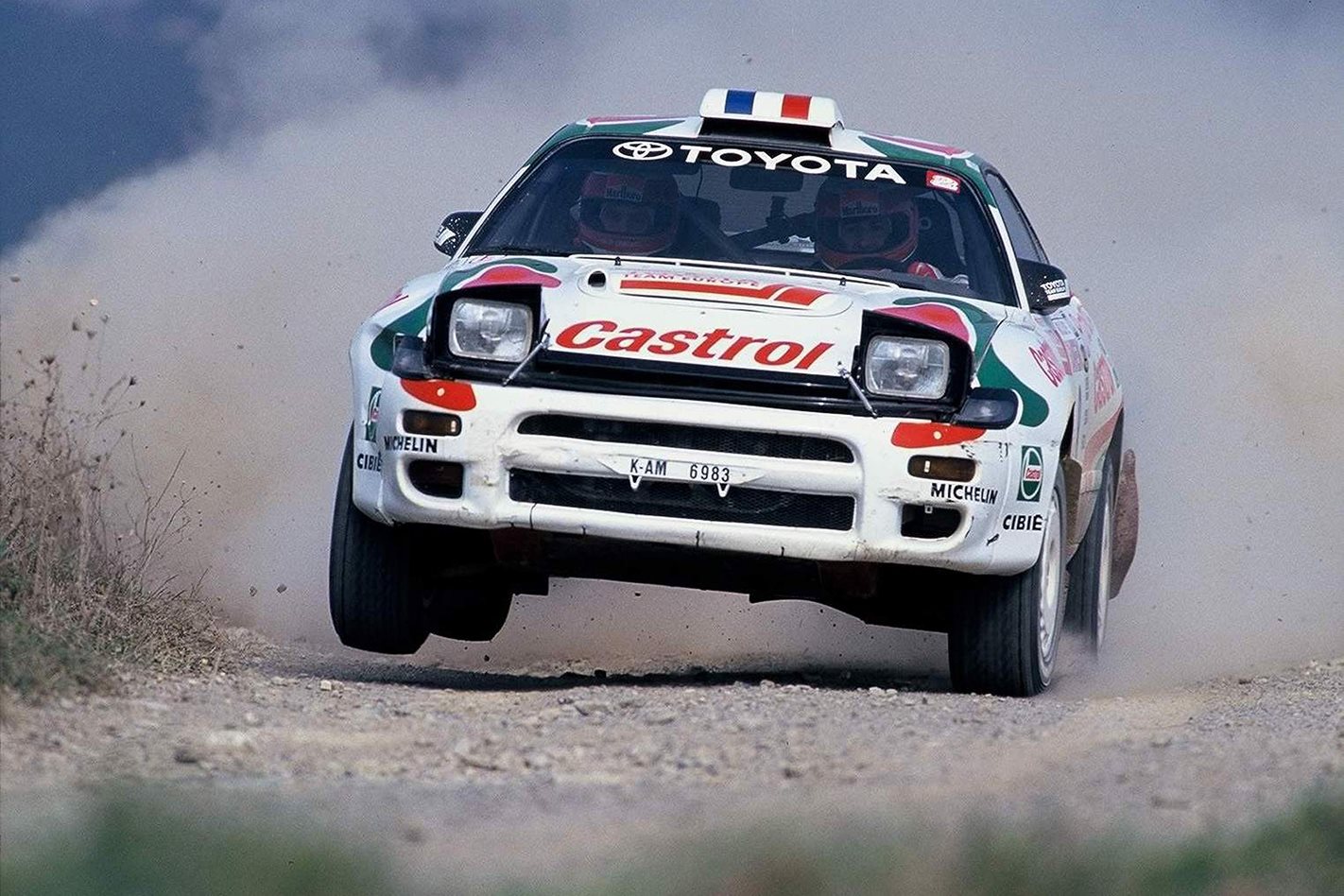 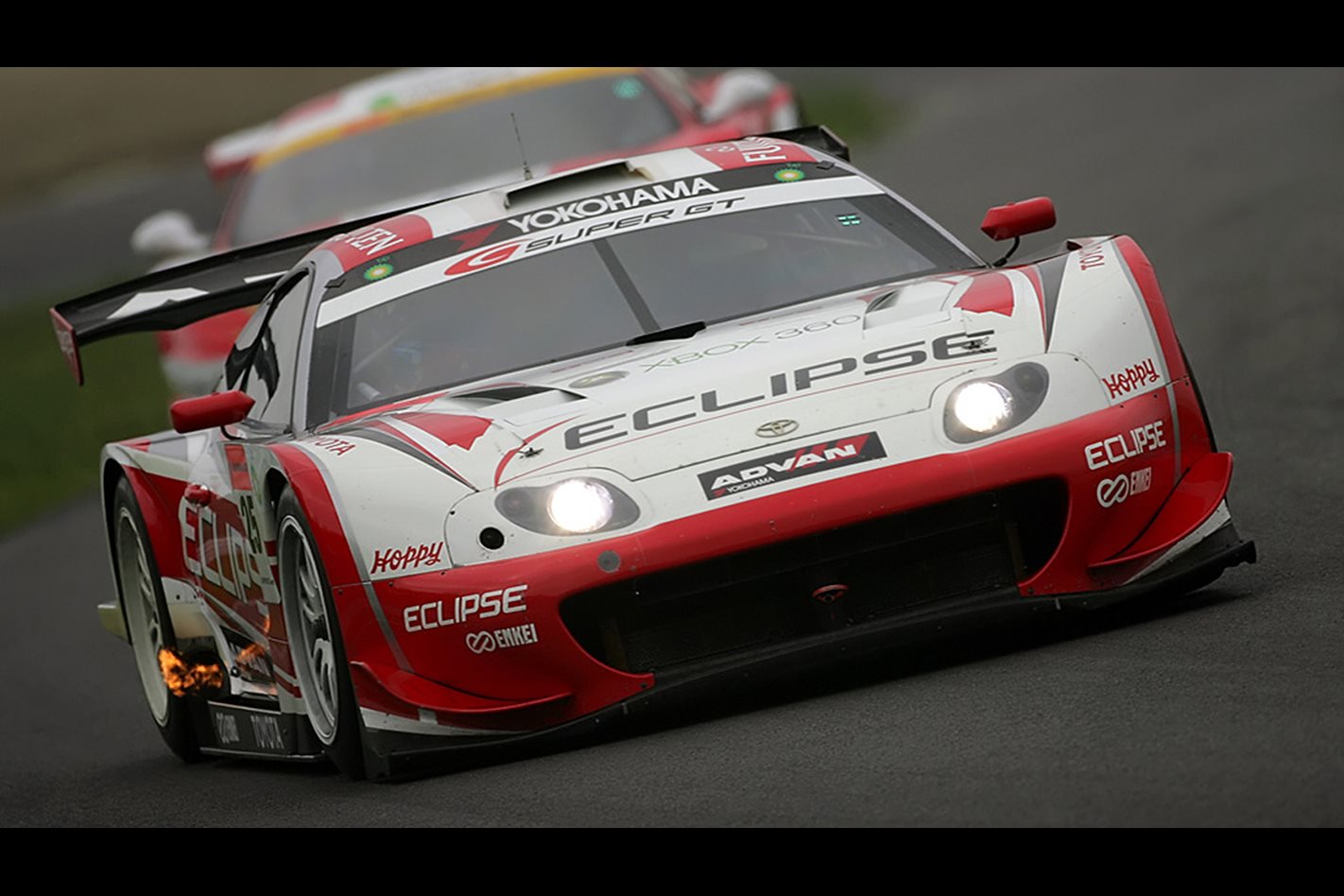