THE Auburn Automobile Company was one of a number of early American carmakers that pre-dated World War 1, and stumbled back to life post-war.

Its cars, typically with four- and later six-cylinder engines, were reasonably innovative, but the magic ingredient arrived in 1924 when former racer and master salesman Errett Lobban Cord was approached to help turn the company around.

This Cord did in spectacular fashion, using new paint and nickel-plated trim to help 23-skidoo the company’s 700 unsold cars. In 1926 he took over Auburn and in the same year added Duesenberg. The latter acquisition brought young designer Gordon Buehrig, whose flair was soon evident in such as the Duesenberg Model J and the front-wheel- drive Cord L-29. Buehrig was joined in 1928 by fellow stylist Alan Leamy. Mechanically, things moved just as fast. In 1925, Cord shoehorned an eight-cylinder engine into the existing six-cylinder model, along with an attractive, three-tone paint scheme. The ‘8-88’ was powered by an in-line eight-cylinder engine from aero-engine maker Lycoming, which Cord added to his growing empire in 1927. Strong motor-racing outings against more expensive rival Stutz cemented Auburn’s image.

In 1928 the design boys were unleashed on a second, sporty model line. The Auburn Speedster had a strikingly rakish profile for the time, with its flowing mudguards, laid-back V-windscreen and dramatically tapering boat-tail body. Over the next two years, a variety of power outputs from the straight-eight engine were offered.

In 1931 came an all-new Auburn Speedster. On a new, stronger chassis (partly derived from the flagship Cord L-29’s) fitted with an 8-98 engine, the all-new, Leamy-penned body was low and elegant. However, confronting the reality of the Great Depression, the Speedster’s hydraulic braking had reverted to mechanical and trim levels were somewhat reined in.

With its sleek lines and sharp pricing, the Auburn Speedster 8-98 was a sales sensation, helping to propel Auburn’s total production volume (including sedans, coupes, cabriolets and speedsters) to a record 36,148 cars in 1931, in a car market that had more than halved since 1929. 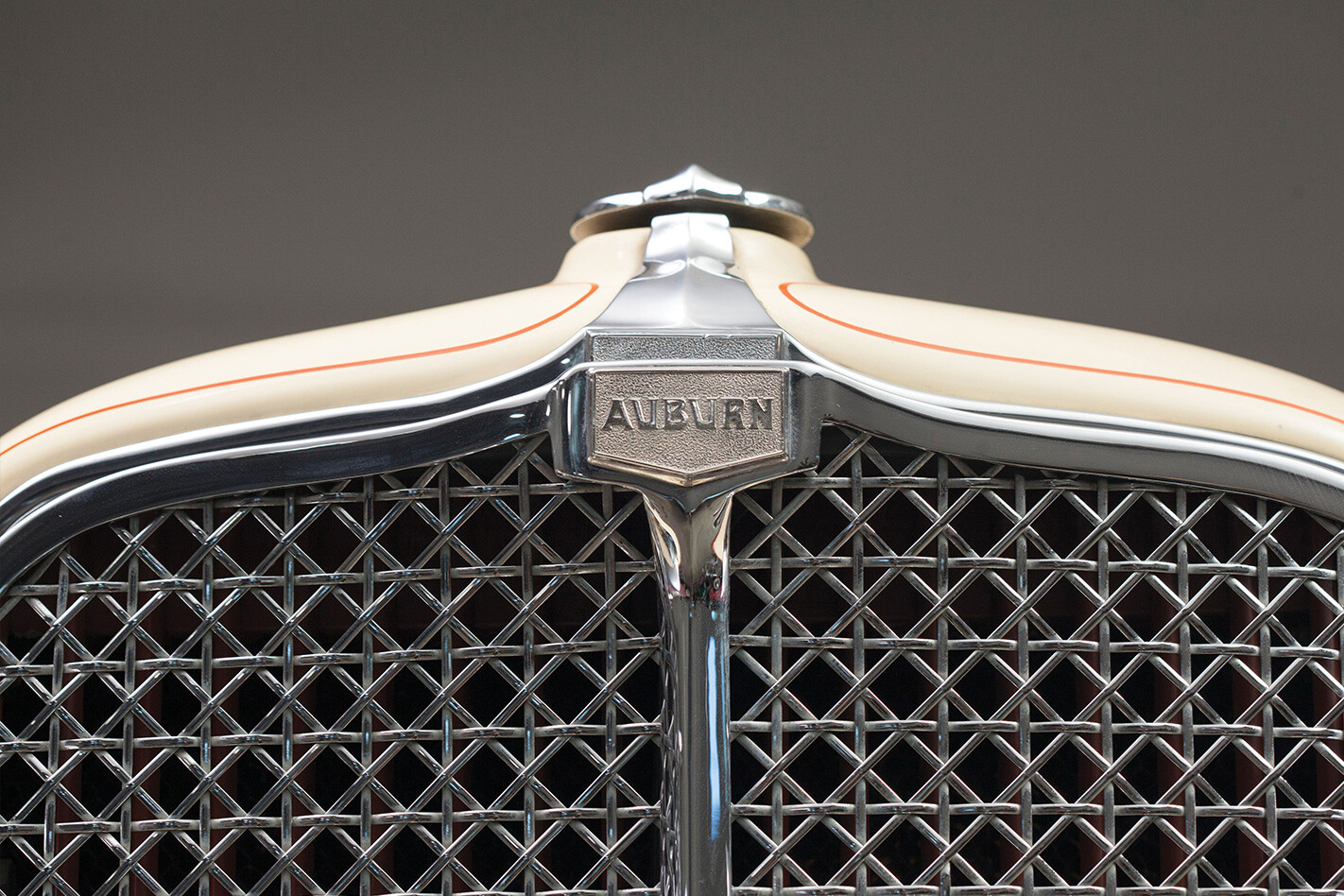 It would prove to be a bubble. In 1932, the Auburn Speedster got even better – with innovations like a vacuum-operated dual ratio diff, driver-adjustable dampers and an optional Lycoming 6.4-litre V12 engine in the 12-160 – but the brand’s sales nosedived by 60 percent. Despite bright stars like the 1934 Model 851 Supercharged Speedster, Auburn built its final car in 1936.

While earlier Speedsters were offered on both 3175mm and 3302mm wheelbases, the new-for-’31 sat uniquely on a 3226mm wheelbase. The chassis featured an X-shaped reinforcement beneath the floor. The beam front and solid rear axles used semi-elliptic leaf springs and Lovejoy hydraulic dampers. Unusual 17-inch wheels (rivals typically had 19s)z allowed a lower, 1727mm overall height. The 4392cc, straight-eight Lycoming featured an alloy head and side valves operated via pushrods, and with cast iron inlet and exhaust manifolds. It was fed by a single Shebler TX carburettor and produced 72kW at 3400rpm. Drive was via a three-speed floor-shift manual with then-fashionable ‘free wheeling’ feature (revived decades later in various German makes’ ‘sailing’ mode). 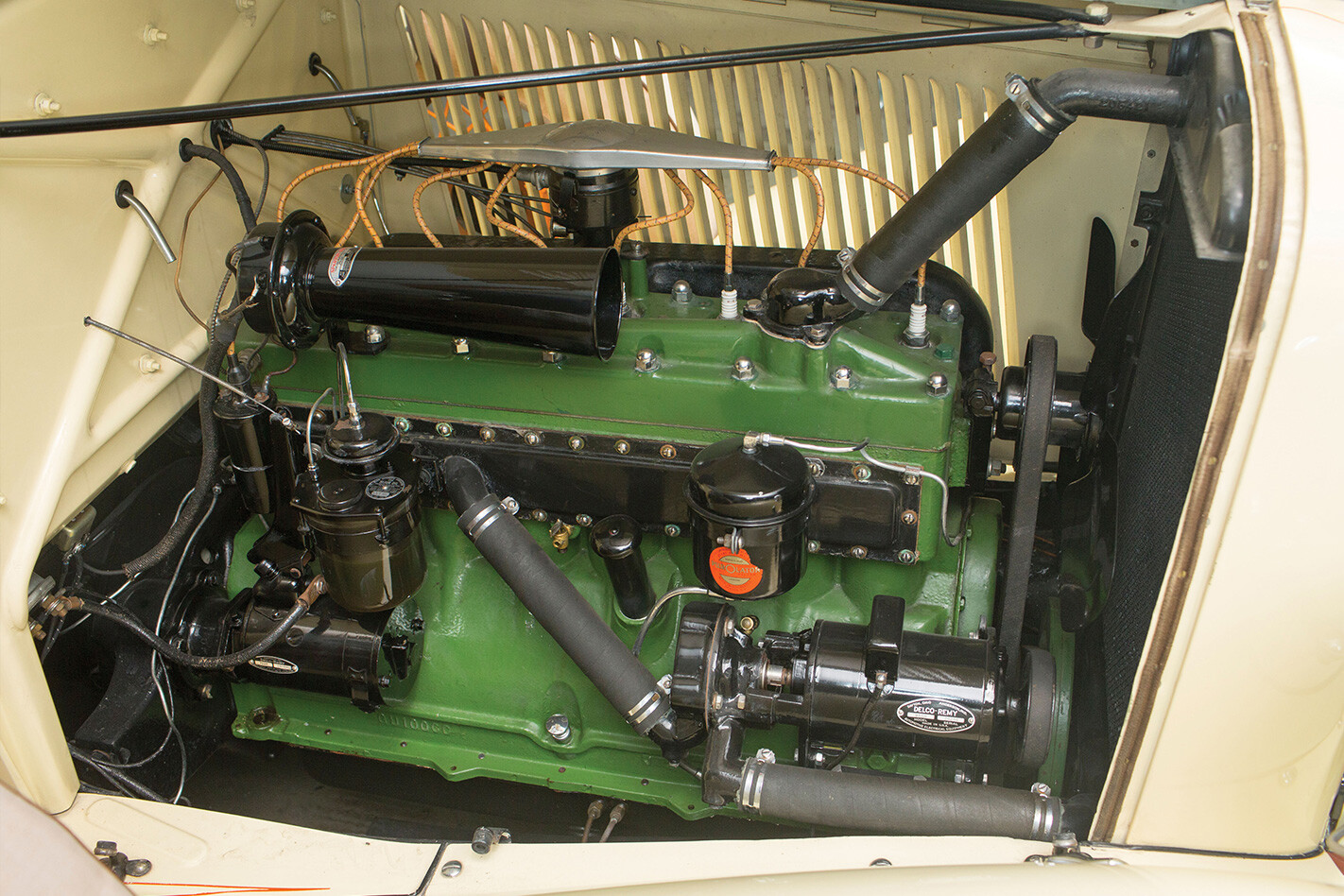 The Speedster was all about style, at the expense of practicality. Despite an overall length touching five metres, the two-seater made virtually no concession for luggage other than a side-loading compartment for a golf bag. The interior was accessed via rear-hinged doors and featured a central instrument cluster. While tasteful, the inside of the new 1931 model necessarily reflected the tough economic times.