The cars to buy, and avoid, if you care about your hip pocket

THE PRICES listed our in magazine Showroom are what you’ll need to outlay to park a given model in your garage, but they are not the cost of owning that car, as our annual Gold Star Value awards reveal in this month's issue.

Running costs such as fuel, insurance and servicing contribute significantly to the cost of ownership. However for most models the cost of depreciation by far outweighs these expenses.

Spoiler alert: the Kia Picanto S won the Gold Star Value City Cars category and, with a top score of 93.3 out of 100, it could be considered the overall Gold Star Value Awards winner too.

The $14,190 Kia is cheaper to own than the vast majority of new cars, and its 46 percent Glass’s three-year resale is pretty good by class standards. Yes, losing more than half its value is considered a decent result as depreciation goes. This means the Picanto will lose 54 percent of its value in the first three years, or around $7663.

In the same time, the average Australian driver will spend about $2243 fuelling the Kia, $1860 on insurance, and $969 on three services, according to Kia’s capped-price scheme. That’s $5072 in total – a figure that the depreciation over the same period tops by around 50 percent. 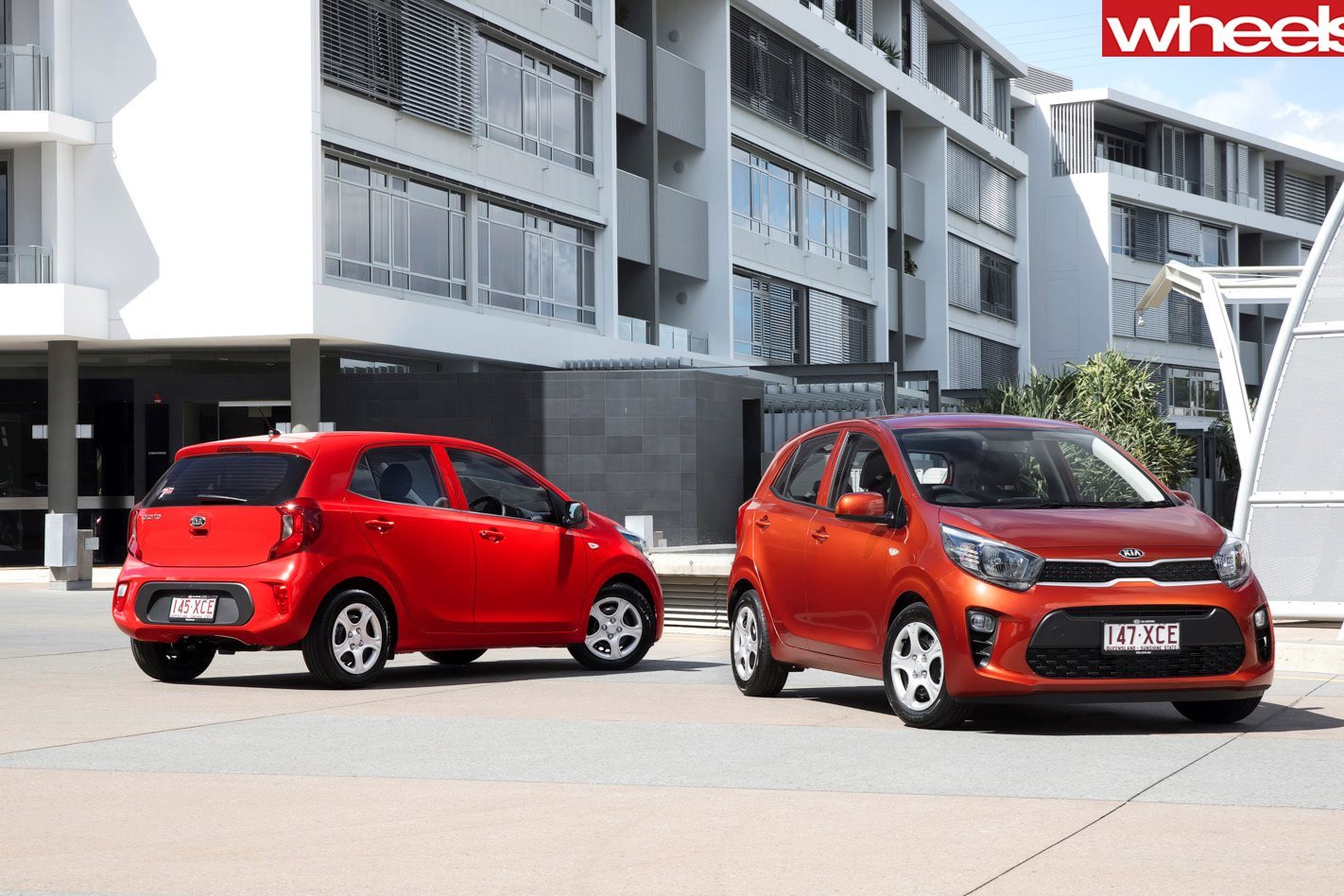 So the real cost of owning the Kia for the first three years isn’t $14,190, it’s $12,734, or $4245 per year (without factoring in incidentals, such as tyre wear) which almost makes us want to go and buy an Opal/Myki card… This is the cost for someone who has bought the car outright. If there’s a car loan, any non-deductible interest payments should be added too, which can increase overall cost considerably.

In a popular medium SUV such as 2017’s $45K category-winning Kia Sportage GT Line, the costs of fuel, insurance and servicing rise to about $7000 over three years, but depreciation based on the Kia’s 53 percent three-year resale figure skyrockets to $21,615.30.

The total three-year ownership cost of the Kia is about $30K. And remember, this is for a reasonably priced family wagon that our analysis indicates is the best in its class in terms of minimising your cost of ownership.

We hate to say it, but a GoGet is starting to sound ideal. Read on below for the best- and worst-case scenarios of all the cars put through our Gold Star Value analysis, in terms of resale and the dollar cost of depreciation.

In the first three years, the best of them will shed roughly the value of a good, used small car, while the worst will burn the equivalent of a house deposit… in Sydney. 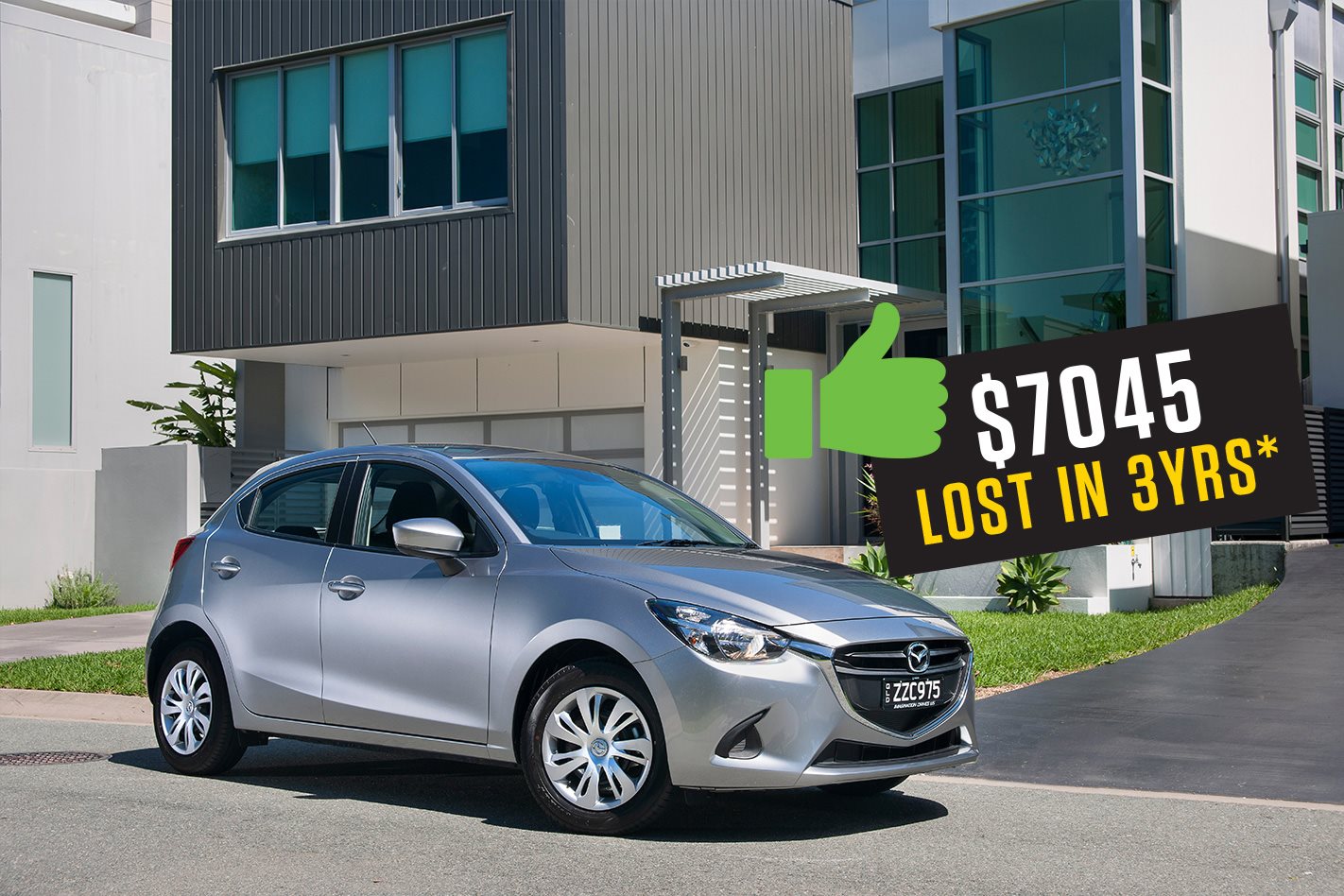 You need look only as far as the winner of Gold Star Value 2017’s Light under $17K category for the lowest depreciation of any of the 2787 cars analysed.

The Mazda 2 Neo is among the least costly of any car considered, at $14,990, so although it will lose almost half its value in the first three years, with a 53 percent three-year resale, that’s only $7K lost to deprecation, which is as good as new cars get. 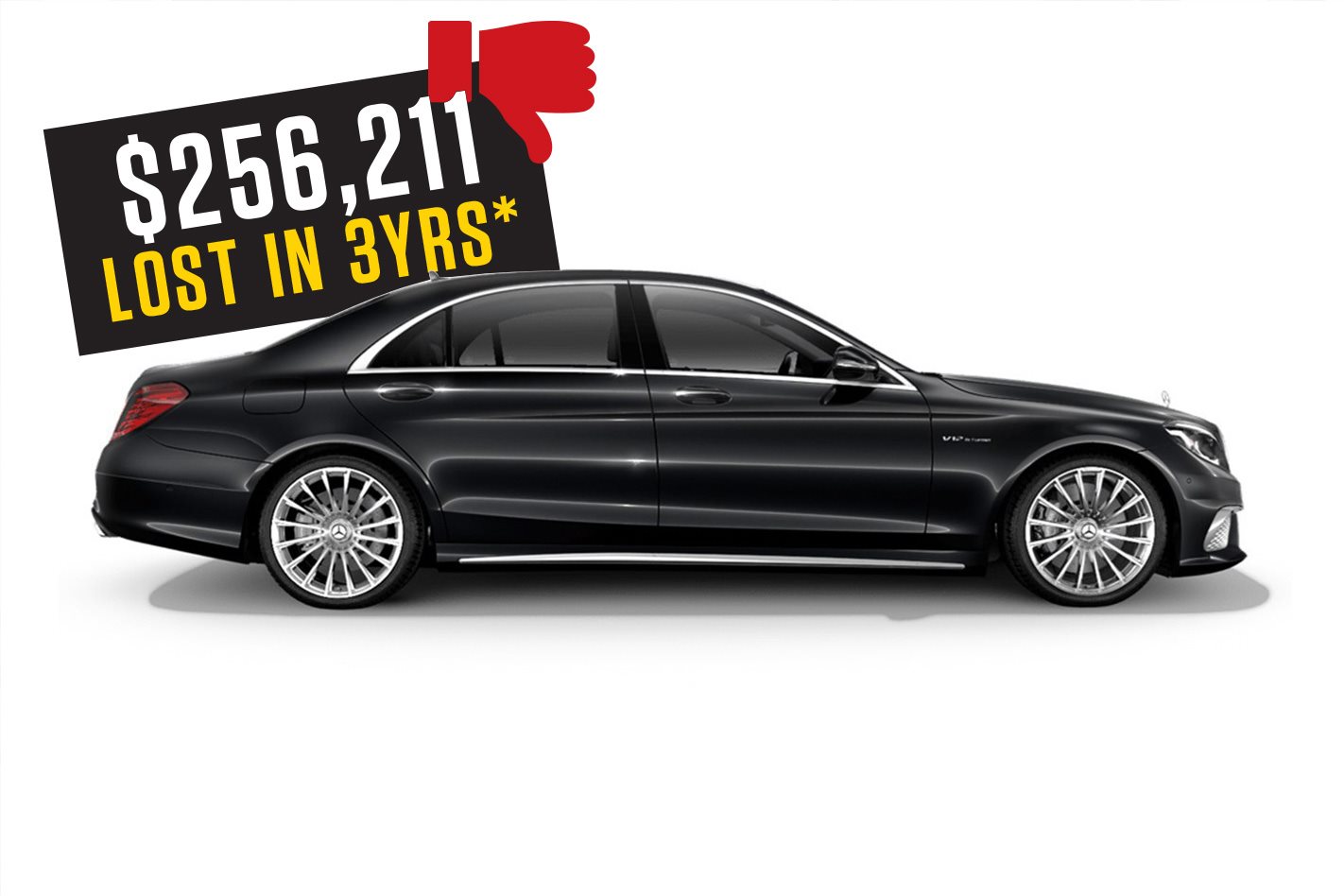 No doubt some bargain hunters will see the appeal in a half-price, twin-turbo, 1000Nm V12 limo, but we’d wager they’ll be outnumbered by those who fear the ongoing maintenance costs. 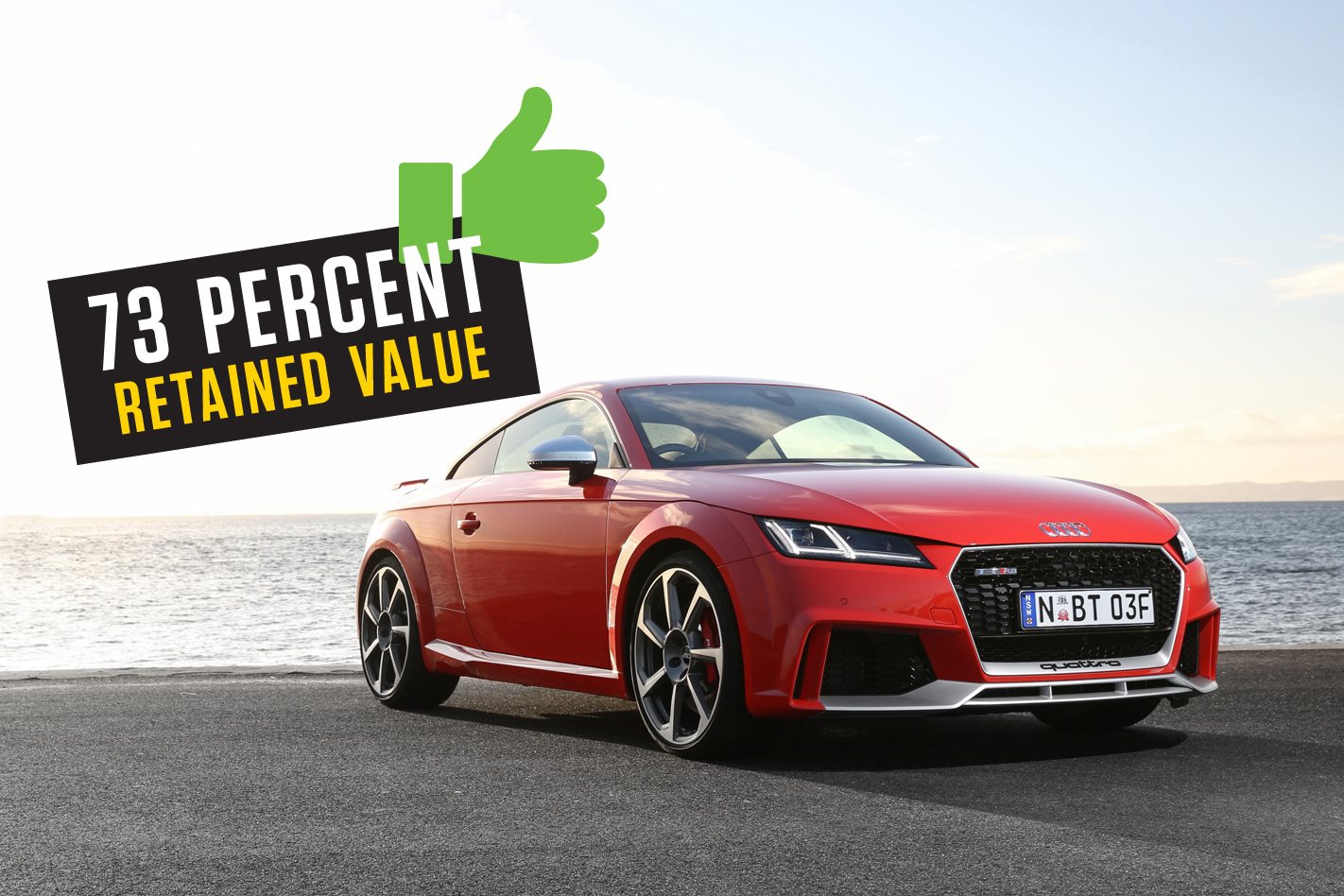 Audi’s TT RS offers more grunt than any car in the $75K-$150K bracket. That it placed third in the category reflects the fact it costs up to $60K more than the hot hatches that beat it.

Yet its three-year resale of 73 percent equals the best of any car put through the Gold Star Value wringer, keeping the $137,900 coupe’s expected cost of depreciation within $140 per year of the $78K AMG A45’s (53 percent resale). 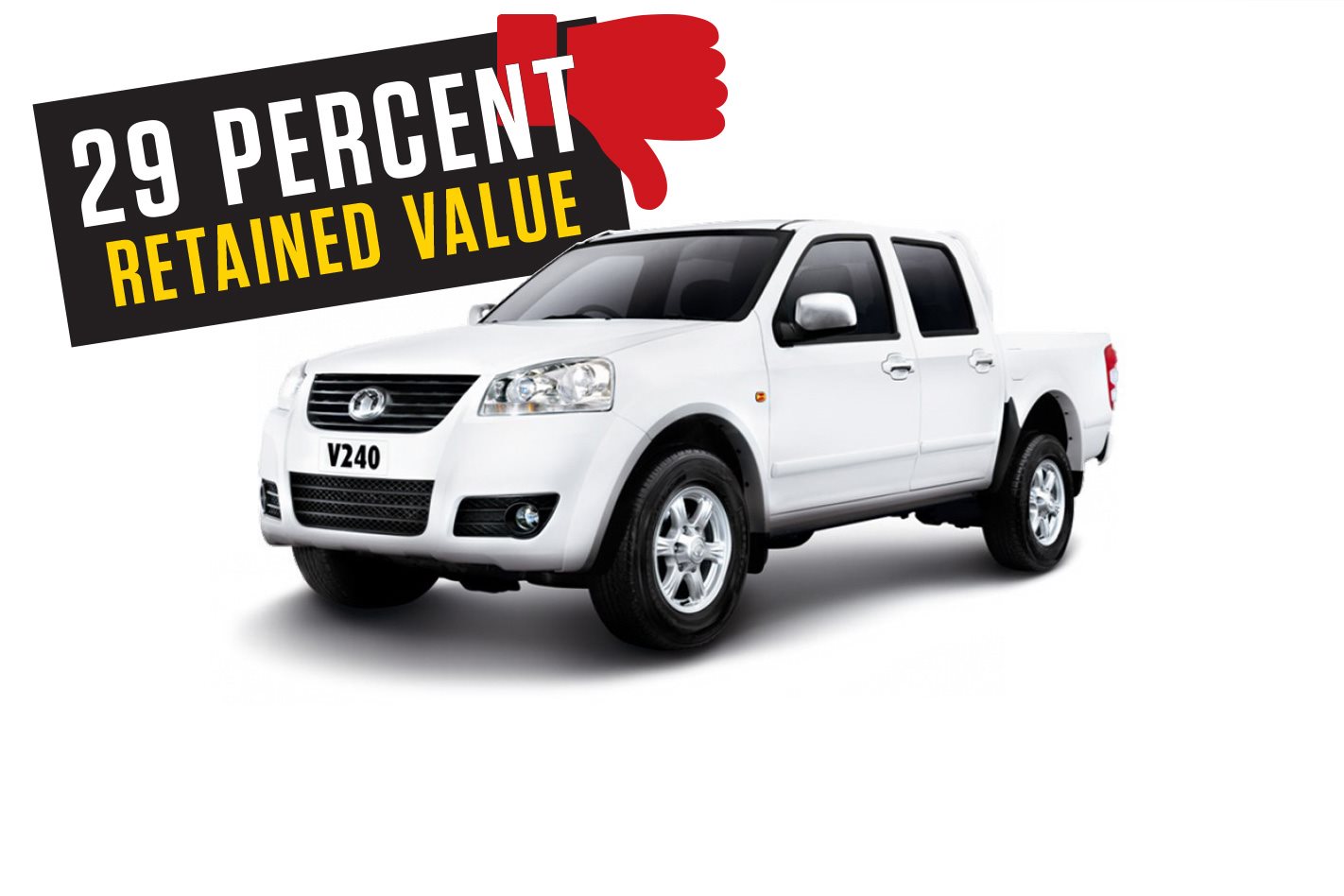 It’s a good thing the Great Wall V240 4x2 ute only costs $22,990 given its poor three-year resale. Initially it seems like a bargain for a petrol, manual, rear-drive dual-cab, as it undercuts our category-winning Mitsubishi Triton GLX by $15K (even in 4x4 form).

Yet the Great Wall will actually lose a similar amount in three years courtesy of a Glass’s resale of 29 percent, the worst of any vehicle considered for Gold Star Value in 2017.

The rise in values of significant cars as they come to be considered classics is usually the work of decades. Yet a recent phenomenon has seen some models, such as Porsche’s 911 R and HSV’s GTS-R W1, seemingly generate instant classic appeal.

A virtually new 911 R was offered recently by an opportunistic owner at $1.2m, triple the new price. Build No.35 of HSV’s local muscle sedan swansong, meanwhile, was recently passed in at auction $87,600 above its new price.

Could the accelerated rise in the value of significant driver’s cars be the result of the march towards a future where there won’t be any drivers? 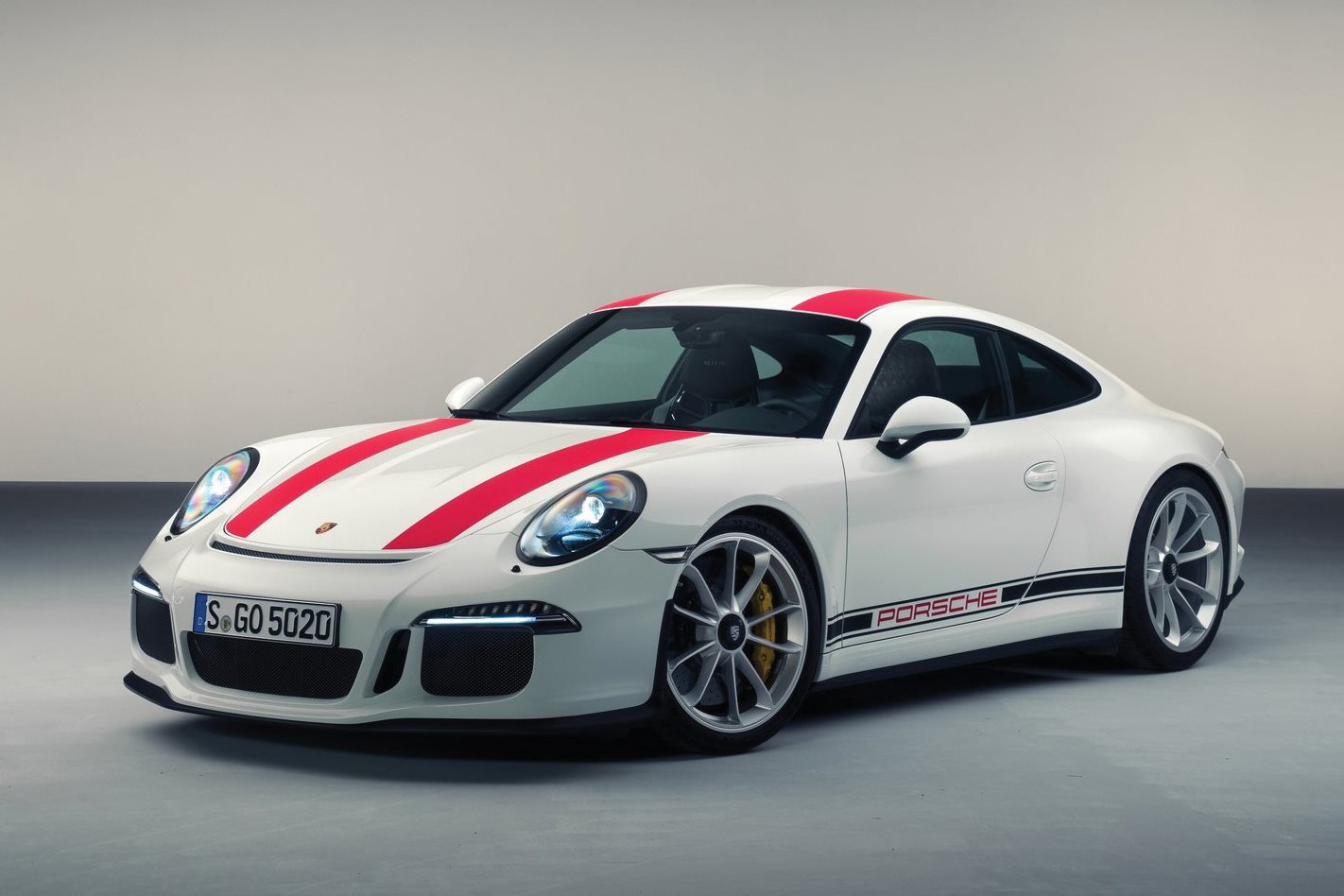