WHAT IS IT
Third iteration of Kia's smallest car, the 2017 Picanto follows the template set by the previous-gen model that arrived a year ago, albeit with all-new underpinnings, more equipment and a more sophisticated interior.

Still offered in a single model grade and with a carry-over 1.2-litre petrol engine, the new Picanto range now offers a manual variant that Kia Australia reckons is ripe for bargain-hunters, while the auto, which rises in price by $700 compared to the outgoing model, now offers substantially more standard equipment than before while still undercutting popular models like the Mazda2 and Honda Jazz

WHY WE'RE DRIVING IT
Though the greasy bits up front may be carry-over tech, the rest of the Picanto is all-new. As a sub-Rio-sized hatchback, the Korean carmaker's local arm reckons the Picanto is the perfect gateway to Kia ownership for those just starting to get behind the wheel – or an attractively-priced city car for older motorists looking to downsize. THE WHEELS VERDICT
The old Picanto was not without charm, and in the brief 12-month period it was on sale here that charm – as well as its commendable value-for-money proposition – translated into segment-leading sales. Not bad for a car which was already five years old by the time it arrived.

With the baton now passed to a new-generation model, the Picanto has evolved into something which still satisfies the requirement for value and compact form factor, but adds more tech and slightly more space to create something that's a lot more usable than you'd expect for its size. 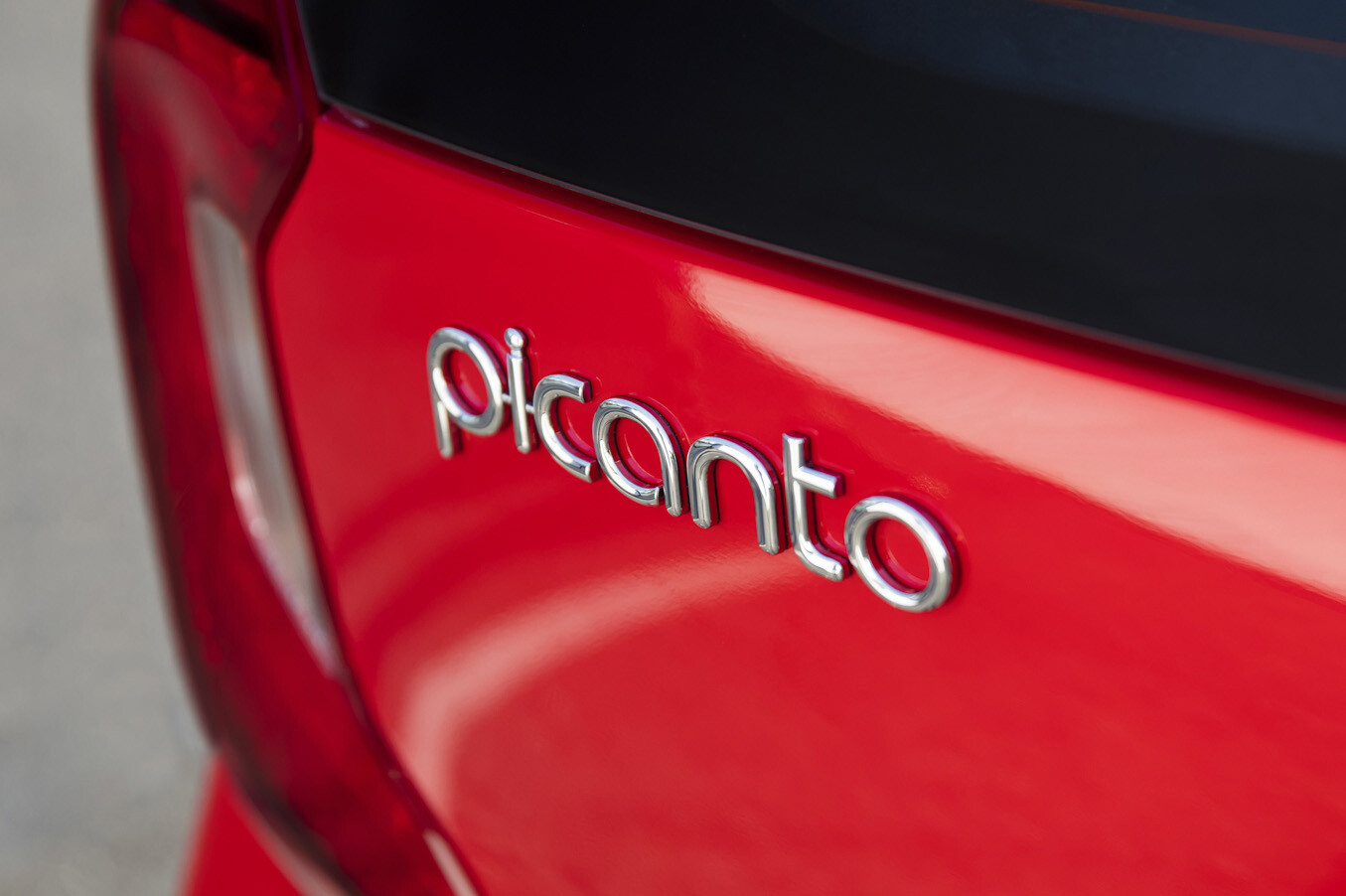 AS FAR AS toe-in-the-water exercises go, Kia Australia's experiment with launching the pint-sized Picanto last year was a success.

With just one model grade, one engine and one transmission on offer, Picanto buyers weren't exactly spoiled for choice. That said, Kia's staff clearly have an aptitude for reading the market, as Picanto sales rose quickly to give it top spot in the normally price-sensitive sub-light hatchback market. A $14,990 drive-away price and industry-leading seven-year warranty certainly helped. Accordingly, there's been little inclination to mess with the basic formula for its replacement. Back in third-gen form (we never got the first-generation car over here), the 2017 Picanto is still a single-spec, single-engine entity, though this time around there's a manual-equipped variant to sit alongside the established automatic.

The 1.25-litre atmo petrol four and four-speed auto are carry-over technology, but everything else, from the platform underneath, the suspension at both ends and the interior and bodywork on top, are all entirely new. Convenience features like cruise control and dusk-sensing headlamps are now standard, as is a sizeable 7-inch colour touchscreen display that sits atop the dash in a tombstone-style housing. Integrated sat nav is still missing from the Picanto's spec sheet, but the provision of Android Auto and Apple CarPlay smartphone mirroring means you can still put map data up on that screen if you have the right phone. A rear parking camera has also been grafted onto the Picanto, joining the already-standard rear sonar sensors. There are no povvo-pack features like wind-up windows or manually-adjusted wing mirrors either. Kia wants this one to appeal to private buyers rather than fleets, and the long spec list is evidence of that.

That up-spec aspiration also flows through to the rest of the interior. The almost toy-like dashboard of the previous gen has been swapped for slicker-looking and more mature furniture. It actually boasts some design flair too, with neat crosshair air vents linked by a thick silver bar to give it some visual width. Cabin plastics are predictably rock-solid, a segment norm, but are screwed together tight. There's no hiding the fact it's built to a price, but this Kia presents well in the context of its market positioning. There's fractionally more space in here too, thanks to a 15mm wheelbase stretch. Front seat passengers benefit the most from this with increased legroom, but luggage capacity also swells from the old model's miserly 200L to the new car's 255L. 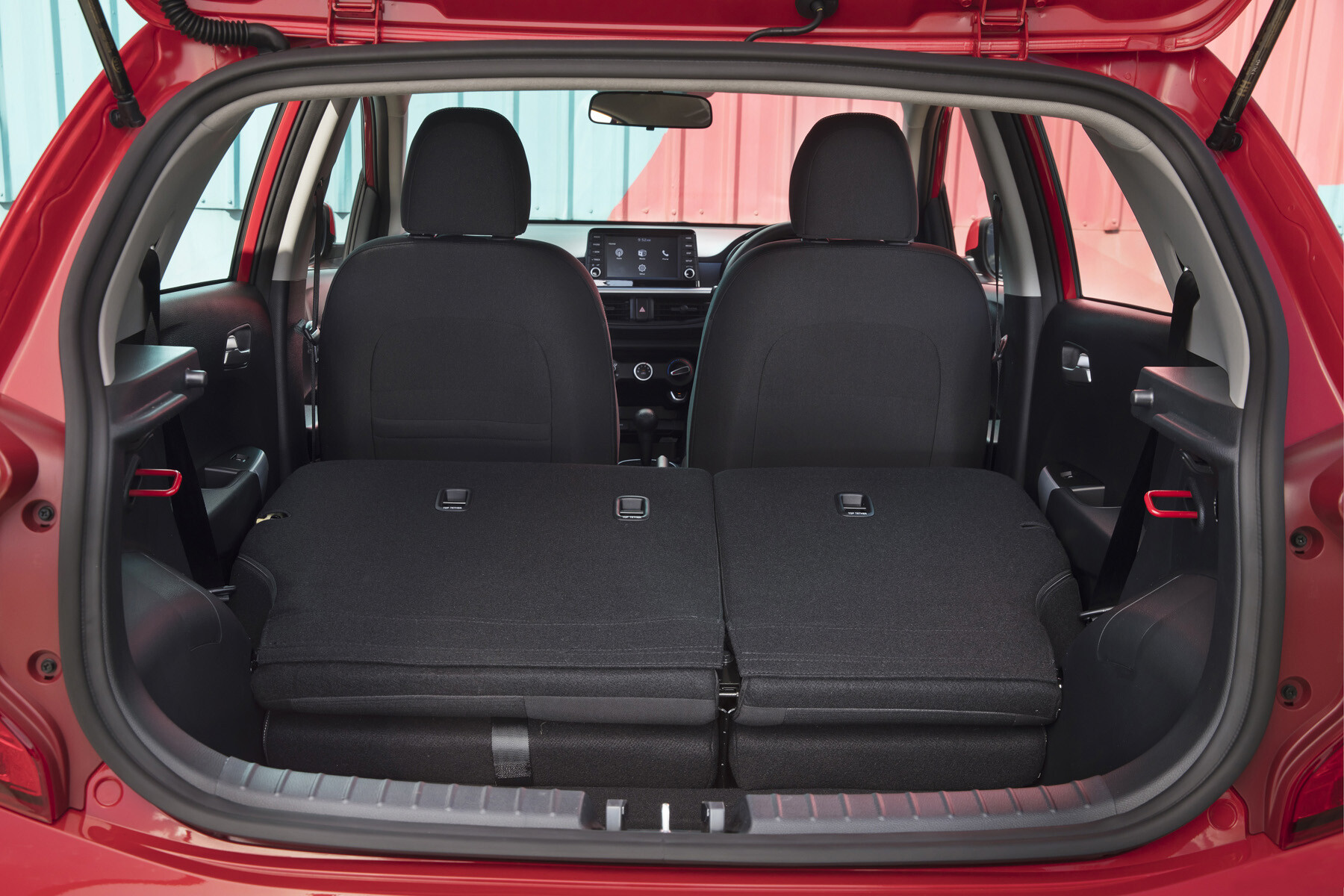 Front seat comfort is good, with a surprising amount of room around the shoulders and decent bolstering around thighs and kidneys. The seat cushion is firm, but sculpted well. Only the driver get's a height-adjustable base, however, and the steering column still only adjusts for rake, not reach.

Those in the back seat are robbed of 2mm of headroom, but every other dimension either grows or stays the same. The backrest angle has also been reclined, yielding a more natural posture that should deliver better comfort for your backseaters over long distance drives. More insulation material and revised engine intake ducting yields better refinement, though it's not quite up to the task of quelling the Picanto's substantial tyre roar on coarse-chip highways. Both manual and auto don't have the ratio spread to allow a more relaxed (and thus quieter) RPM at highway speed, with the auto spinning at 3000rpm at 100km/h and the five-speed manual doing 2800rpm.

And while the engine remains a willing, if not especially powerful, unit, it’s the transmissions that could use some attention. Four-speed autos are fairly old-hat these days, and an extra gear or two would help the Picanto make the most of its modest powertrain stats. The manual is a little more versatile in that regard, but a spongy and vague clutch pedal lets it down. 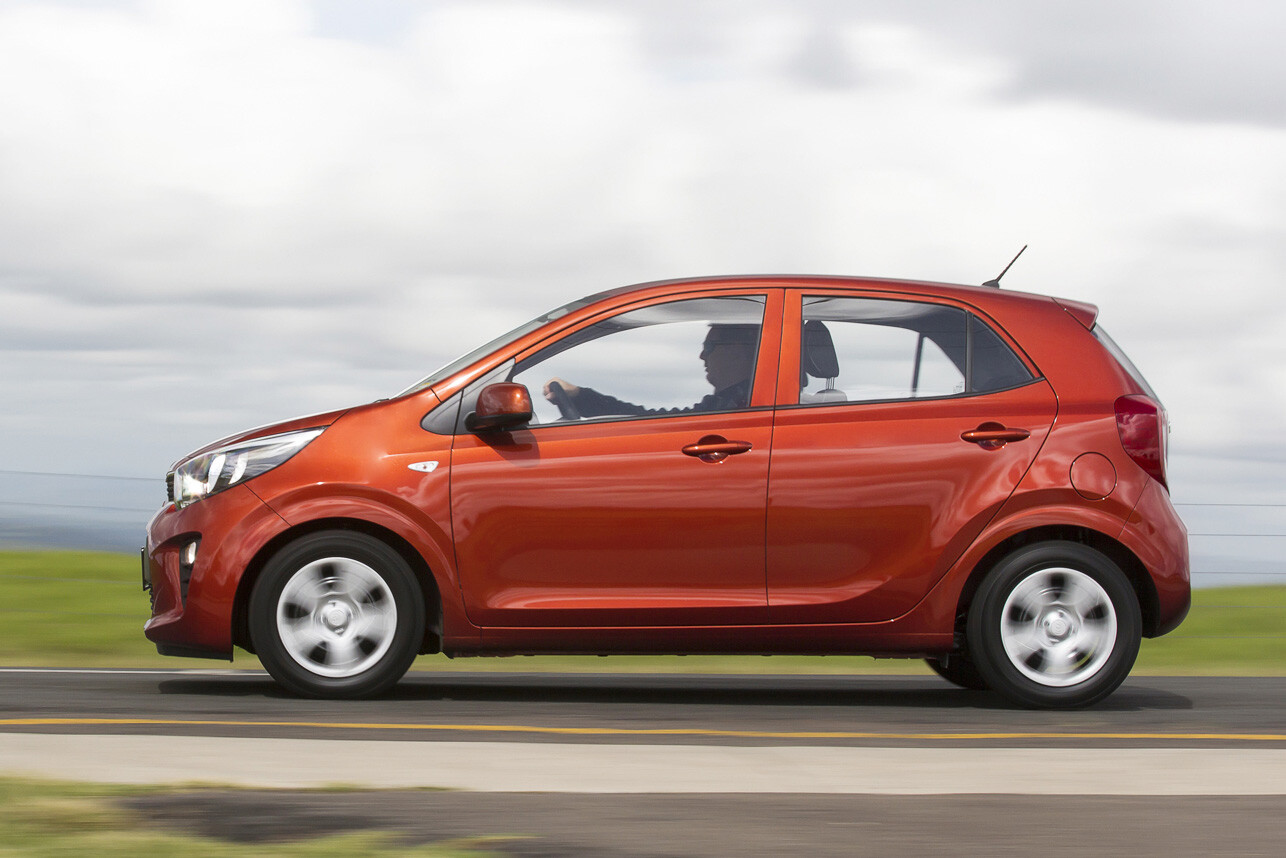 But as far as suspension goes, it’s a peach. Kia Australia’s localised suspension tune delivers a compliant and controlled ride out on the highway, while cornering performance is more than respectable, and only let down by eco-focused tyres. That said, few who buy this car will ever approach its dynamic limits.

The electric power steering was also fettled for Aussie tastes. A faster rack ratio was already built in to reduce the amount of wheel-twirling required when parking at Woolies, but it also boasts a nice light weighting and good on-centre feel. It feels stable and secure at speed as well, something compact cars don’t always excel at. All told, the new Picanto is perhaps symbolic of just how agile the Korean car industry is proving itself to be. After decades of conservatism and chasing the bottom end of the market, Kia, just like corporate cousin Hyundai, is aiming much higher. Its predecessor may have already proved sub-light Kia hatchbacks could lead the segment in terms of sales, but its replacement demonstrates that the pint-sized Picanto can dominate on qualitative terms as well.​