We get it. You’ve played so much Gran Turismo that wisps of smoke are starting to bloom from the back of the PlayStation. All of your model cars have been built, and destroyed, then built again. And you’ve spent so much time working your way through the ‘greatest car movies of all time’ list that you now know Bullitt is a truly terrible film (car chase aside, of course).

The metaphorical walls are closing, though mercifully there’s one avenue you haven’t explored: planning your next great road trip. This is serious business.

You’ll be tempted to return to your tried-and-tested routes – familiarity is reassuring, after all – though we’d challenge you to think bigger. 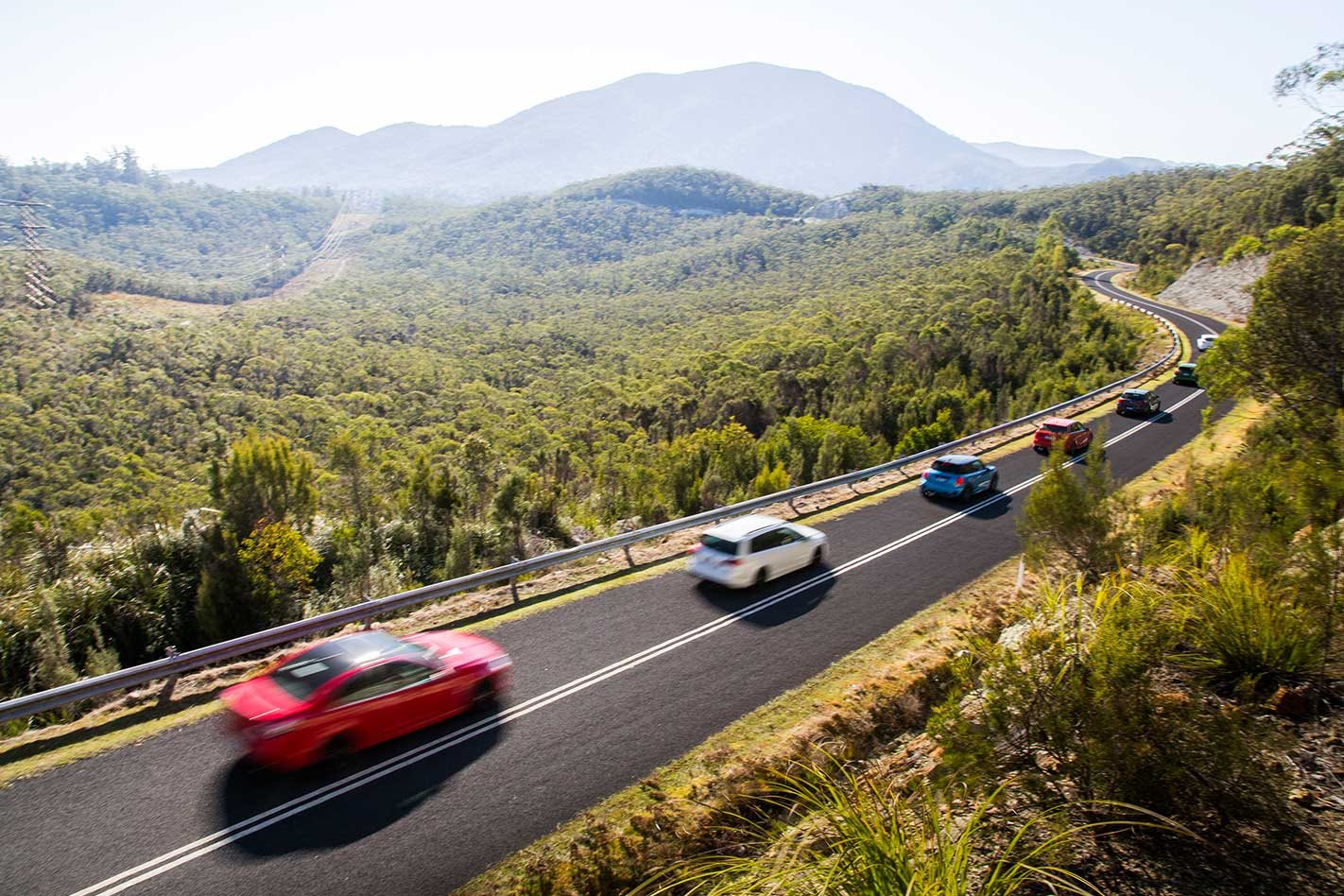 So, go on, expand your horizons. Fire up Google Maps, jump on Airbnb and start planning.

To help, here are five brilliant places to drive, chosen not only for their challenging tarmac but because they aren’t obvious. Some are well-known to enthusiasts, others less so, but you’ll need to think bigger than an afternoon jaunt through the National Park. Go on, you’ve earned it.

Where to stay: Armidale has options for all budgets, though the Moore Park Inn offers nice rooms for around $160 a night.

What to drive: You’ll need something with long legs, and comfy seats, given the amount of kms and some poorly maintained surfaces. A base 911 Carrera sounds perfect. 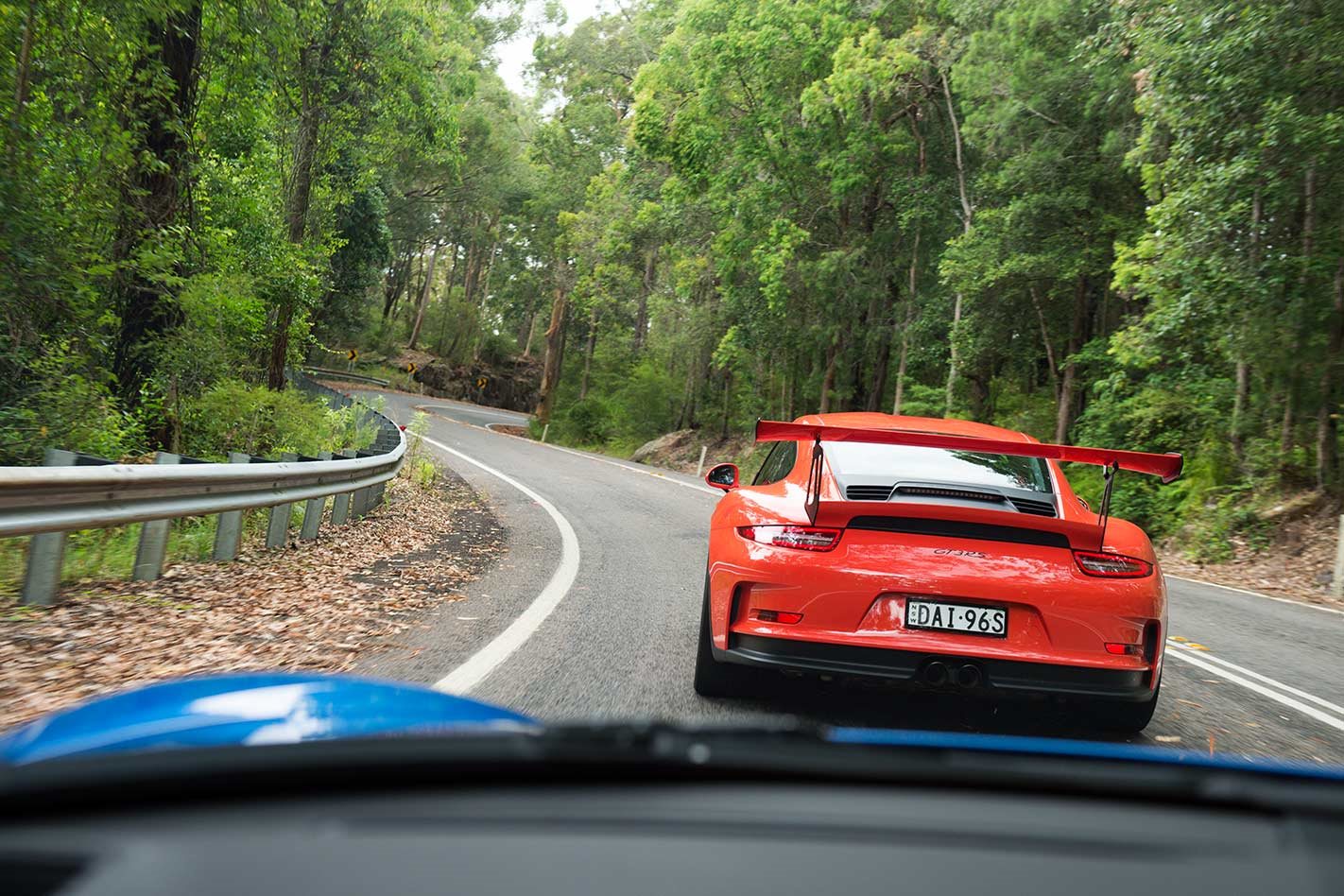 We agonised over this one. Our first thought was the Putty Road, but that felt too obvious, so our minds drifted to our favourite overnight route from Sydney to Bathurst, via the Jenolan Caves Road and Tarana.

But then it hit us like a thunderbolt: head north, to the beautiful mid-north coast, and take in three brilliant stretches along the way.

The loop that links the Bucketts Way, Thunderbolts Way and Waterfall Way involves two solid days of driving, though the pay-off is a diverse tapestry of roads, terrain and landscapes. 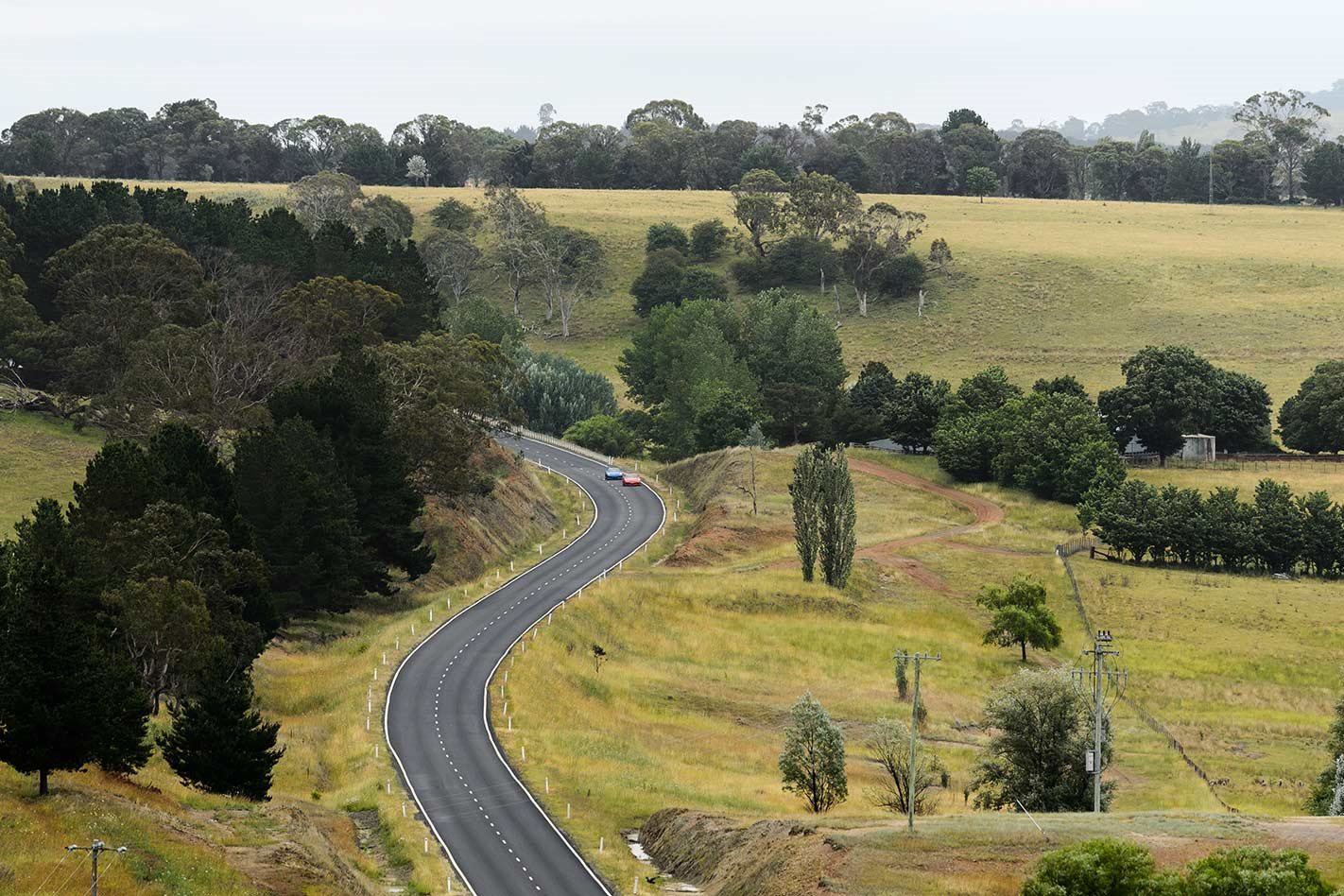 Leave Sydney and strike towards Newcastle, then splinter inland towards the picturesque town of Gloucester. The Thunderbolts Way follows (named after the infamous bushranger Captain Thunderbolt) though beware – while its mix of corners are bewitching, its surface can resemble that of the moon.

Swooping through the 155km towards the coast via the Waterfall Way offers some respite, and at its end you’re faced with two options: bolt straight down the coast for the 500km to home, or shoot back inland onto the Oxley Highway for a final, and brilliant, blat on some of Australia’s best bitumen. The choice is yours.

Read next: 50 roads every enthusiast must drive

Where to stay: Spoil yourself at the Thala Beach nature reserve resort, near Port Douglas. Rooms start at $275 a night.

What to drive: A Mazda MX-5 would be ideal, to better feel that tropical air on your bonce. Its nimbleness and rear-drive balance will also make short work of the many hairpins. 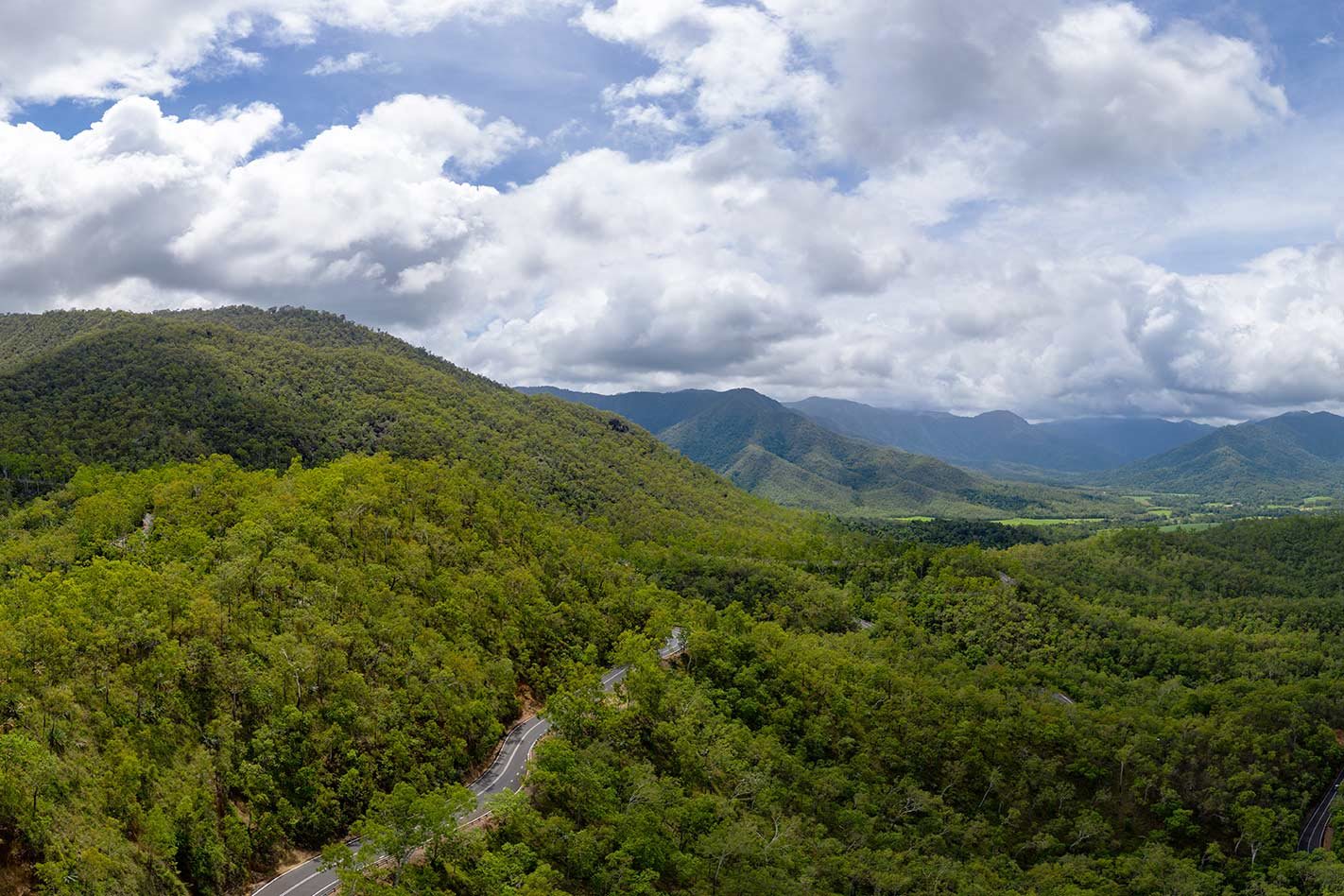 We might be pushing the friendship here, given the Gillies Range Road is a whopping 1700km trek from Brisbane, but this is Far North Queensland, remember. Huge distances are kind of its shtick.

An easier option is to begin in Cairns, which is only 60km north of our starting point. Do that and you’ll want to make a beeline for Gordonvale before turning off the Bruce Highway and cutting inland to explore the beautiful Gadgarra National Park.

The section of winding hinterland nirvana that follows is relatively short but it crams 263 corners and 800 metres of elevation into just 19km of road. Being so remote also means the Gillies Range Road is usually bereft of the usual kind of traffic that plagues tourist roads like this, so you can hit those apexes sure in the knowledge you’re unlikely to suddenly happen upon a slow-moving Winnebago.

If Cairns is too far to travel, a solid Plan B for a northern road trip is to link a run through Mount Nebo and Mount Glorious with Northbrook Parkway. This well-trodden route is popular for a reason, and only an hour outside of Brisbane.

Read next: The best driving roads according to you

Where to stay: The Bend Motorsport Park offers rooms with a fast view for $168 a night.

What to drive: Renault Megane RS Trophy. You’ll need something with enough grunt to handle the ascent, and enough grip to carry speed through the medium-radius sweepers. 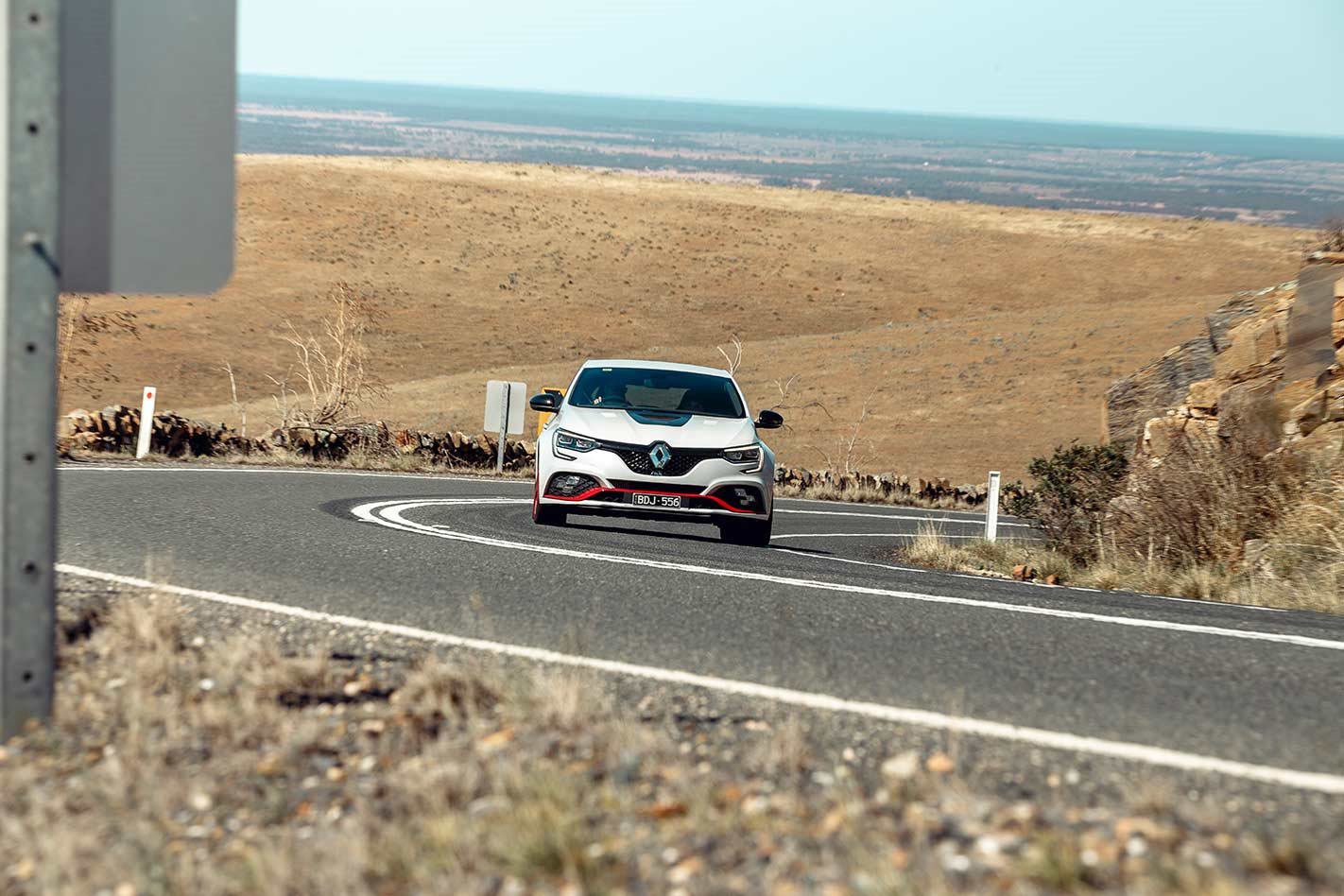 Havin 'highway' in the name is kind of a turn-off, but this section of tarmac carries the gold seal of approval from our sister title MOTOR as the road-loop component of its Performance Car of the Year testing.

If that doesn't tempt you, the fact it stars on YouTube as the playground for Jake ‘Driftsquid’ Jones who smokes his way up the hill in his modified E92 M3, should clinch it.

The section in question is the short run from Sedan to Angaston, and you’ll get to traverse the infamous Adelaide Hills to get to it. Leave the CBD proper and strike east towards Birdwood where you’ll sample the famous Gorge and Chain of Ponds Roads.

Continue through Eden Valley and turn right onto the Angaston-Swan Reach road to begin the loop proper. This is still a main road, so there’s a light smattering of traffic. 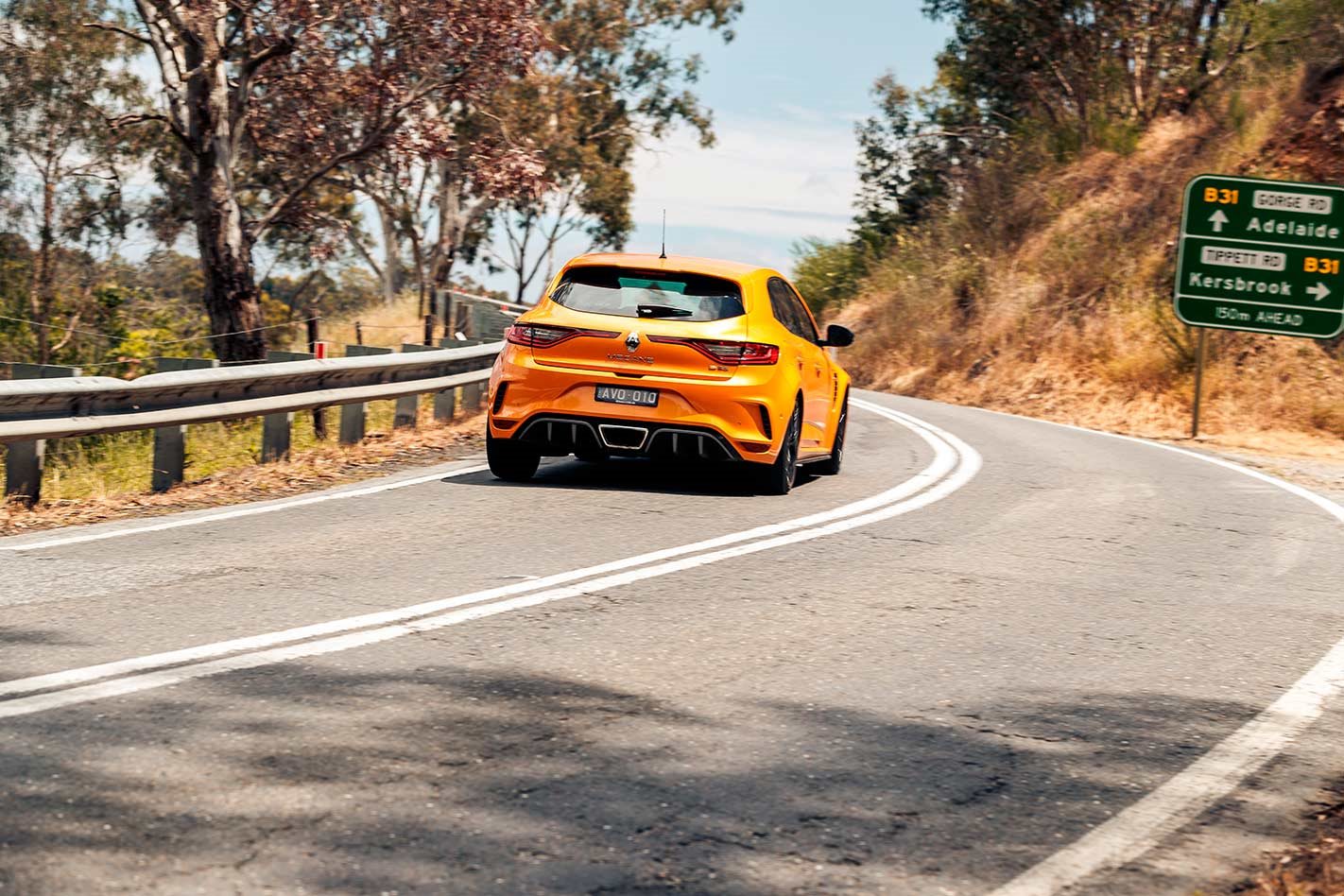 Start in the gully and brace for the climb as the tarmac rushes across the countryside. You’ll encounter mostly medium- to high-speed corners, though even taken at a canter this part of the world is stunning.

Once you’ve tackled it a few times you can meander back to Adelaide or head west to The Bend Motorsport Park, only an hour and a half away.

Where to stay: Hobart is full of boutique hotels, though the Henry Jones Art Hotel is brilliant for around $200 a night.

What to drive: Grip and confidence are key with this one. We’d recommend a Mercedes-AMG A45 S. 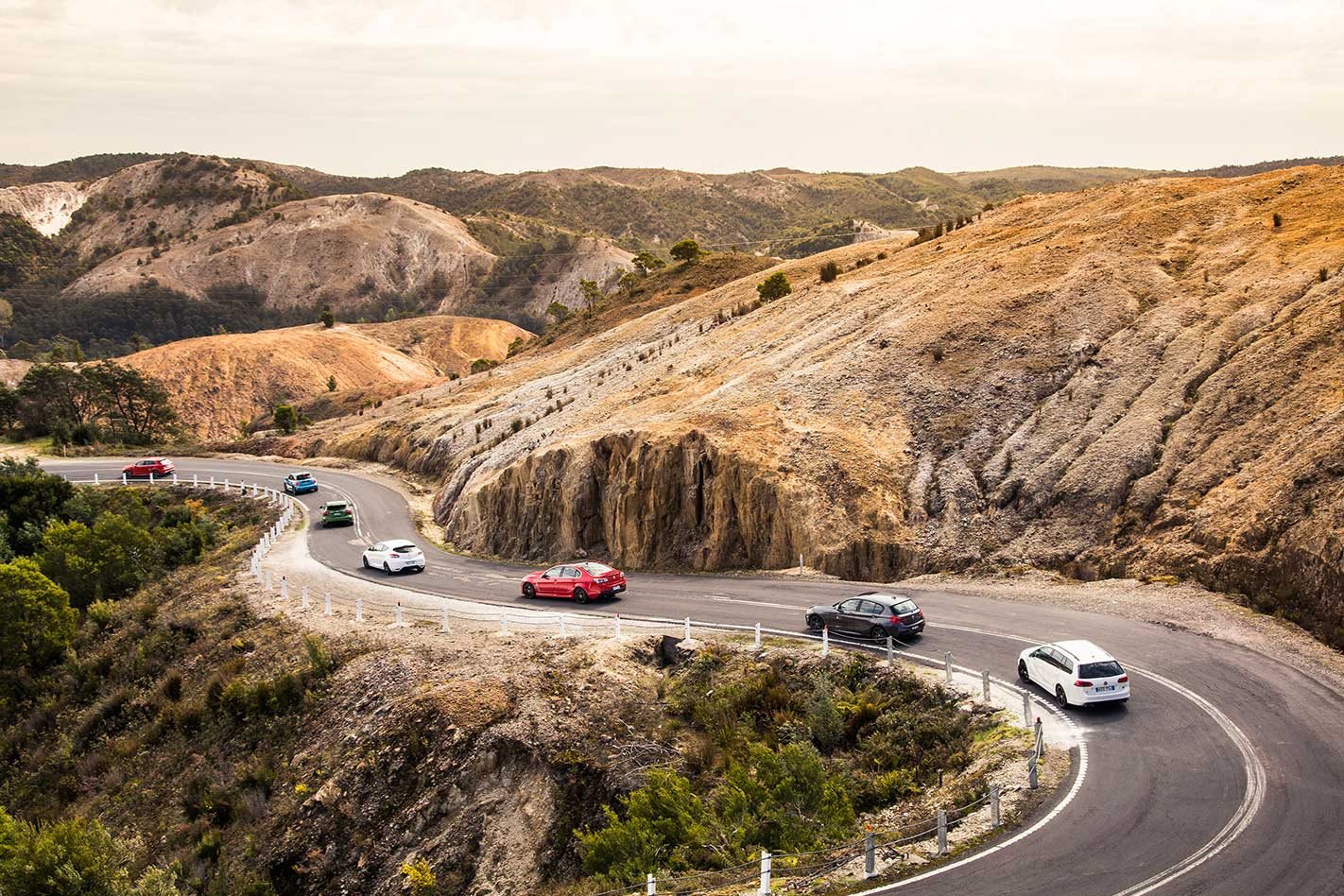 It’s tempting to name the entire state of Tasmania here, given its brilliant roads and sensible approach to speed limits (and speed enforcement) have made it a mecca for drivers and riders alike, though there’s one section that shines brighter than the rest.

The run from Strahan to Queenstown should be at the top of any petrolhead’s ‘must drive’ list, though the 6.7km twisting trek from Queenstown to Gormanston on the Lyell Highway is a standout. 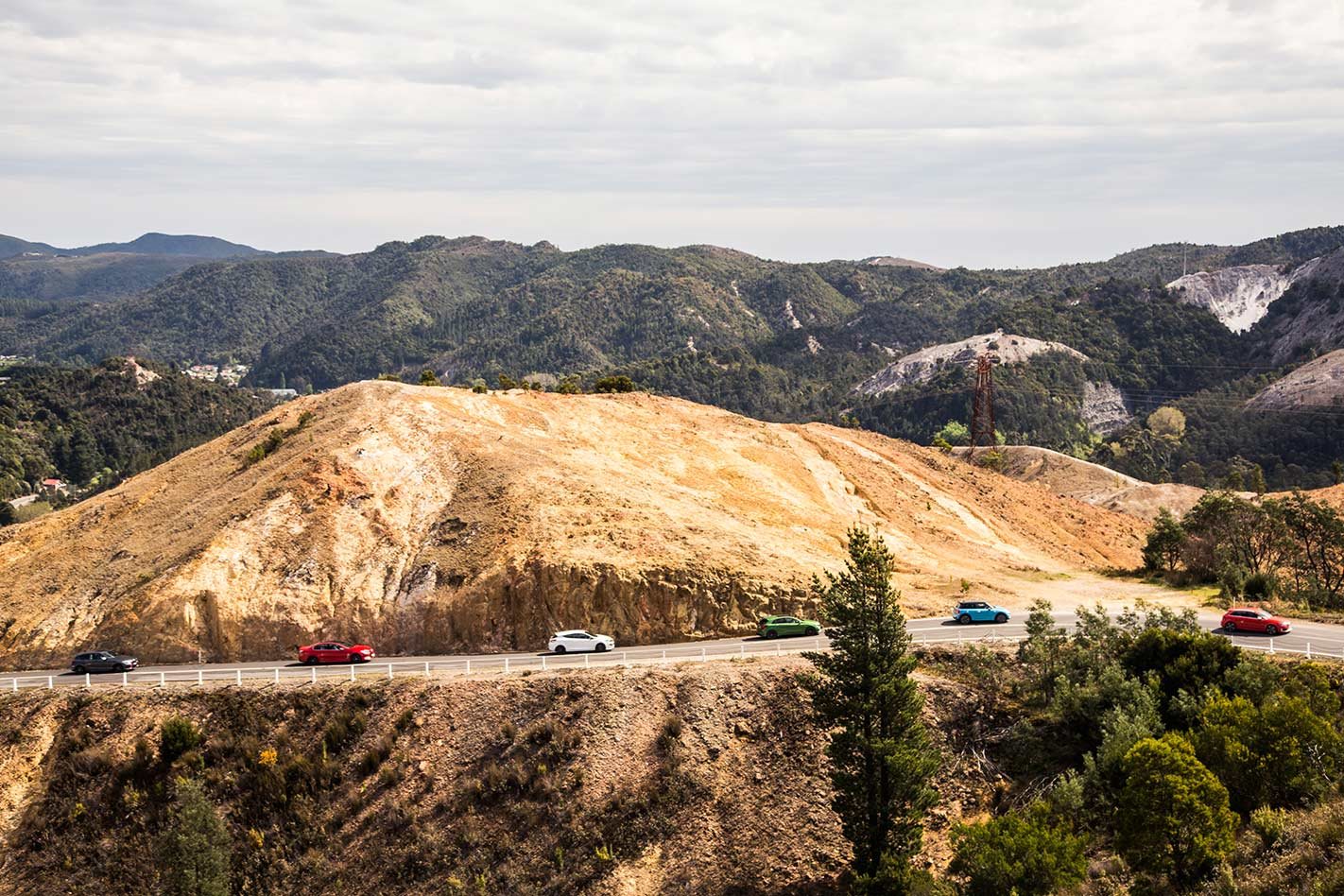 The road itself is enthralling, courtesy of its beguiling mix of tightening apexes and high-consequence running (a small mistake could see you rattle into the Armco), though it’s the landscape you’ll remember most.

Denuded by copper miners, the verges have taken on an alien feel; the exposed dirt a curious mix of sunburnt orange and black. The fun continues on the far side of Gormanston where you’ll find the Iron Blow Lookout which overlooks one of the earliest major mining ventures in the area.

Where to stay: Royal Mail Hotel Dunkeld has beautiful rooms for around $200 a night.

What to drive: Something quick to monster the faster sections, but also refined for the transit out of Melbourne. We reckon a BMW M2 Comp would be ideal. 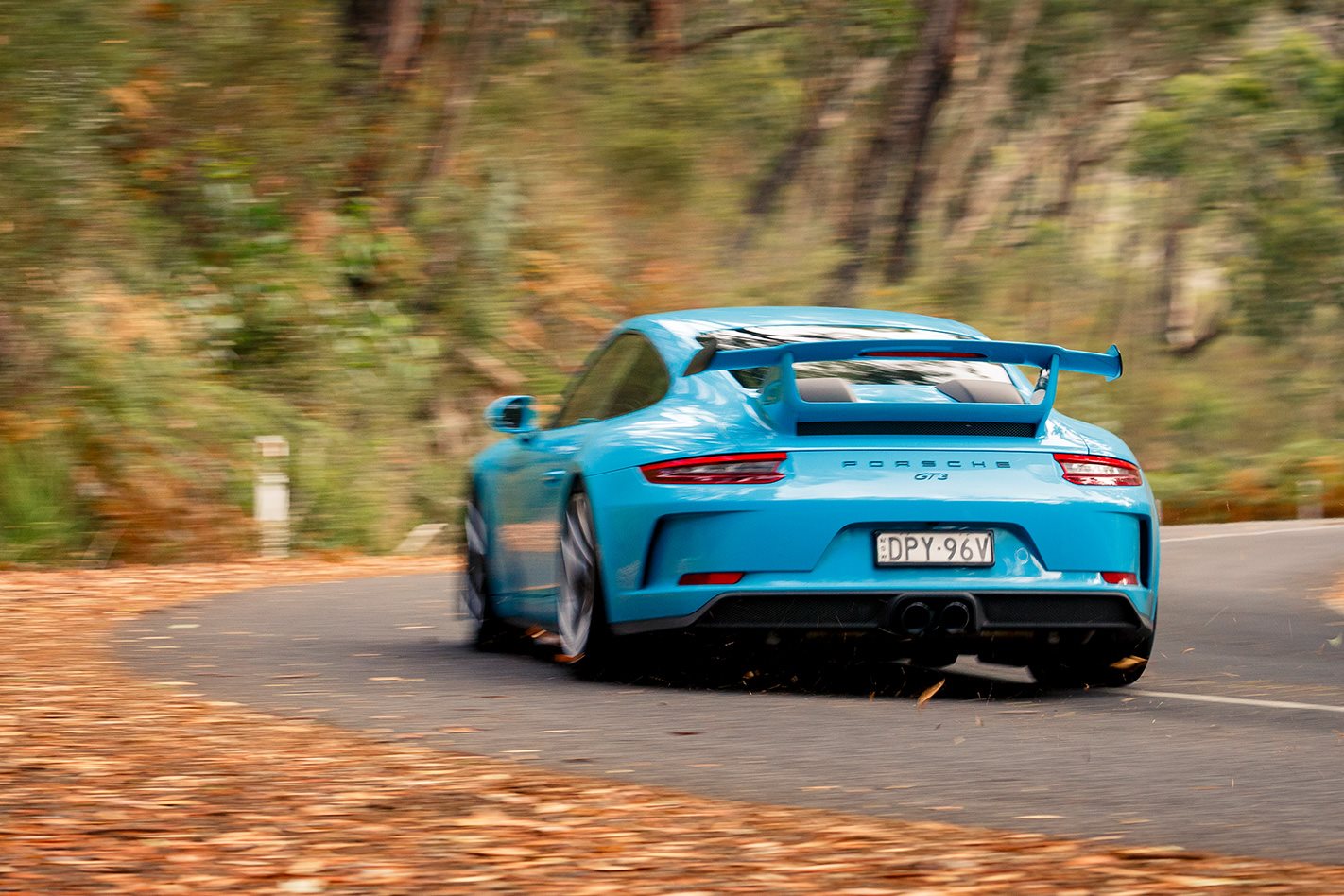 The obvious choice for great driving roads out of Melbourne is to bolt north-east and take in the brilliant combo of Healesville/Black Spur/Lake Mountain/Reefton Spur.

Yet as good as that loop is, heading in the opposite direction, through Ballarat and beyond, yields an even sweeter reward.

Wheels completed this exact loop in 2018 with a Miami Blue GT3 and it still sticks in our minds as one of the best two-day jaunts we’ve ever experienced. True, the transit leg out of Melbourne is tedious, but it’s quickly forgotten once you hit Dunkeld and dive into the Grampians. 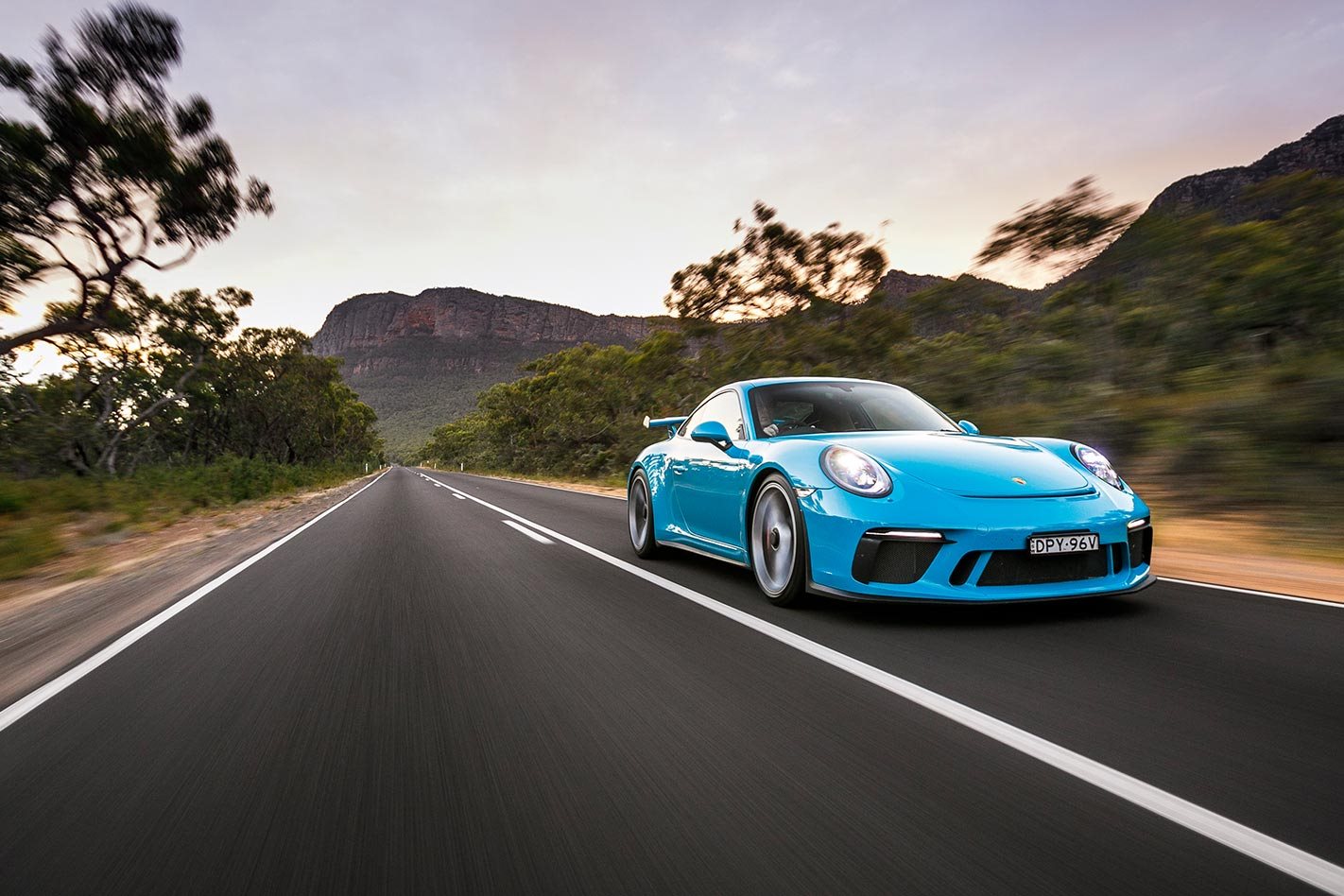 Victoria’s winter weather can wreak havoc, so be mindful of slippery shady sections and poor visibility due to fog in the mornings. But on a clear dry day, the run through Halls Gap to Wartook, then Roses Gap and Lake Lonsdale combines just about everything a keen driver could want.

Tight technical sections that link second-gear switchbacks dominate, though there are also flowing sections that scythe through green valleys with incredible rock formations. A must-visit.