Hamilton to have a new team-mate, and Red Bull to again grow wings?Plus new regs to give cars more aero and fatter, grippier rubber.

We know the different technical regulations – perhaps the biggest upheaval seen in F1 in close to two decades - will translate into lap times around five seconds quicker. But will the racing be more unpredictable, tighter, more ferocious …?

Will the Mercedes-Benz dominance of the past three seasons be challenged by the new regs?

The Silver Arrows have now won all drivers' and constructors' titles contested from the start of the Hybrid Power Unit era in 2014.

Lewis Hamilton's success in the 2016 finale in Abu Dhabi was the 150th Formula One victory for a racecar powered by Mercedes. The Silver Arrows has posted more than one-third of these wins, 51 in total, over the past three years.

Those are the stats to give rival designers and engineers sleepless nights, but also a determination to create a weapon to topple the Mercs. They have plenty to play with. Downforce will be higher this year due to the wider wings and bodywork.

Tyres will be wider too, meaning more mechanical grip to accompany the increased aero.

More challenging for the drivers they may be, yet it’s hard to believe the car changes will trigger anything to relieve F1's overtaking issues.

While many are placing a positive spin on 2017, some wise heads are counselling that modern F1’s familiar problem of cars struggling to follow each other closely won’t be going away.

More downforce inevitably means trouble with the wake of the car ahead.

Hamilton thinks the new formula is not right, suggesting strongly the cars need more mechanical grip and less aero (with a reduced turbulence coming off the back of the cars) so the drivers can get close for an overtake.

We can look forward to the 2017 cars being more difficult to drive, with the drivers being put through far higher G forces reminiscent of the past.

This should suit the likes of Fernando Alonso, Kimi Raikkonen and Sebastian Vettel, who want to again experience the thrills reminiscent of previous generation F1 cars. One fascinating prospect is watching how Dutch wunderkind Max Verstappen copes with the significantly changed 2017 F1 machines. Unfazed and poised, he has suggested what he is really looking forward to next year is the speeds in the high-speed corners.

Verstappen was untouchable in the wet in Brazil in 2016, but maybe his fan boys need reminding that Ricciardo out-qualified him 11 times to six, and comfortably outscored him 220 points to 191 during the period they were together at Red Bull. And how about Daniel’s quite magnificent pole at Monaco?

Ricciardo should have won both the Monaco and Spanish grands prix but for some clumsy mistakes by the team. But the Australian sees many positives in having Verstappen as his team-mate, pushing him ever harder. “He’s pretty quick for a guy just starting puberty,” kidded Ricciardo. ”Also he has better taste in music than Dany [Kvyat].

Verstappen is certainly a future star, but two of the world’s most influential publications, Autosport and MotorSport, named Ricciardo at #1, ahead of Rosberg, ahead of Hamilton, ahead of Verstappen.

Back at the Australian Grand Prix last March during an interview with Wheels, Fernando Alonso nominated Ricciardo as a future champion.

Jenson Button too is an admirer of Our Daniel, who he tips for future glory: “Max is an amazing talent, and he will, I’m sure, be fighting for the world championship one day. But I love the way that Ricciardo has upped his game this year. He’s the older driver, more experienced driver, but he hasn’t cracked under pressure, and I really like that about him. And he’s a good guy as well.” 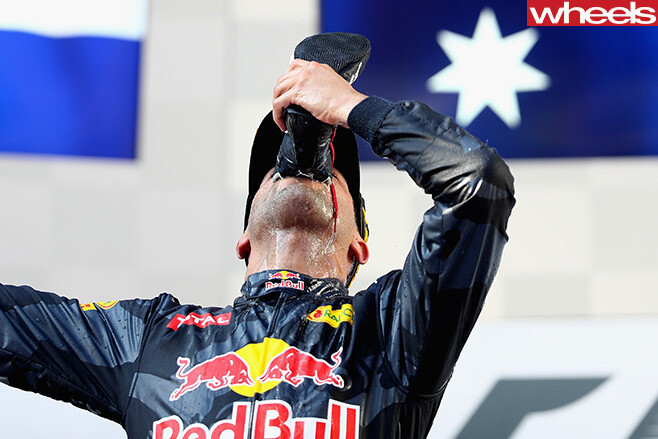 For his part, Verstappen is also enjoying the relationship and battles with Ricciardo. “He's very fast but also a great character as well. I just think it pushes the whole team forward and that's the main thing. Team spirit is very important. It's a team sport and when you work together on the car instead of trying to fight each it just benefits the team and it benefits you at the end of the day as well. You learn from each other and that's how you make the car better.”

The magnitude of the rule changes for 2017, means so many uncertainties to consider when the lights go out at Albert Park to mark the start of the new-look championship.

Tyre conservation, such an essential in recent seasons, is unlikely to be as vital in 2017, with some drivers predicting the new Pirellis will allow them to go hard from start to finish without worrying about wear or graining.

The hybrid V6 turbos will remain at least until 2020 in the face of strident criticism from many from Bernie Ecclestone down. It may not be everyone’s technology to love, but it arguably has clear relevance to road cars.

To quieten the naysayers, off-season changes include cranking up the noise.
Helping some of the strugglers from the back half of the field, the cost of the power unit supply to customer teams has also been reduced, by one million euros in 2017, and then by a further three million in 2018. 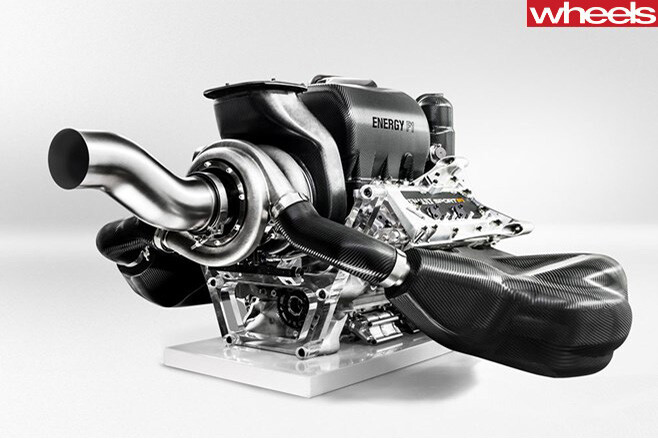 Ecclestone and the teams have also agreed, from 2017 onwards, to introduce standing starts after safety car periods.

Widespread support for the idea came with the belief that standing rather than rolling restarts will improve the show. The start of a grand prix race is the most watched part of an F1 telecast.

A new procedure for wet weather starts was also accepted. From next season, if a safety car is deployed for the beginning of a race due to wet weather, a normal standing start will subsequently occur once the track conditions are acceptable for the race to begin. The safety car will return to the pit lane and the cars assembled on the grid for the start.

Common-sense has also prevailed on the matter of helmet livery rules. To help the recognition of drivers in the car, there is still an obligation to present helmets in substantially the same livery at every event of the world championship. But in future each driver will be allowed one GP a year to take a special livery.

To prevent the exploitation of the rules regarding power units (like Hamilton and Mercedes did in 2016) there will be no more stockpiling spare power units. So during any single GP weekend, if a driver introduces more than one of a power unit element that is subject to penalty, only the last element fitted may be used at subsequent events without further penalty.

Historically, Red Bull cars are aerodynamically the best out there and if design genius Adrian Newey produces a chassis to his usual standards, and the Renault engine (rebranded TAG-Heuer) has improved power and driveability, perhaps Verstappen and Ricciardo will be in a position to challenge Hamilton and his new offsider for the drivers’ championship. 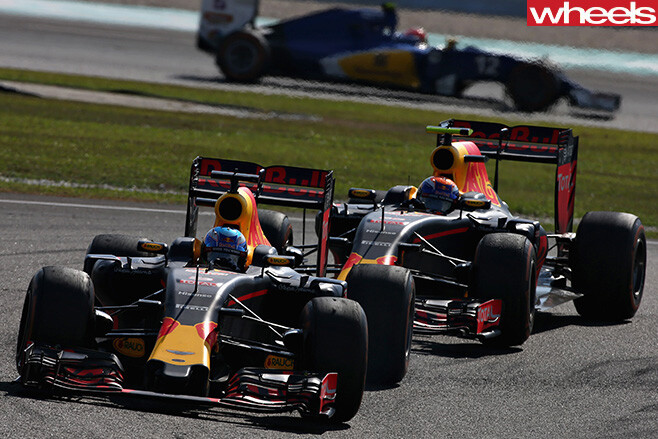 The Red Bull driver line-up remains intact for 2017 along with Ferrari (Vettel and Raikkonen), and Toro Rosso, now with Renault engines for Carlos Sainz and Daniil Kvyat.

The Hulk slides into the yellow car vacated by Kevin Magnussen, who is off to Haas to partner Romain Grosjean.

Valtteri Bottas is with Williams for another season, joined by Lance Stroll, a rookie with a good record in junior formulae and backed by his father’s massive war chest, amassed by flogging Tommy Hilfiger gear.

At McLaren Honda, Alonso (the most experienced driver on the grid now, with 272 race starts) has exciting prospect Stoffel Vandoorne in the opposite garage. Sauber, getting 2016-spec Ferrari engines next season, has kept Marcus Ericsson and his money but still has a TBC in the other car.

Merc-powered Manor, which has been up for sale for some months, is also looking for a mix of talent and dollars for its two race seats.

The FIA has confirmed its 20-race F1 calendar for 2017, again dropping Germany from the schedule, and leaving the champion constructor without a home race.

Brazil is listed as provisional, with Ecclestone advising the FIA that talks are ongoing and that Interlagos could not be confirmed until January.

The eight-month season for the new-generation cars starts in Australia on March 26 and ends under lights in Abu Dhabi on November 26.

Changes from the provisional calendar issued in three months earlier are Malaysia and Singapore swapping places, and Baku moving a week earlier so avoiding a clash with the 24 Hours of Le Mans.