Stretching our Redline to the redline

With its commercial origins, you might think a ute, even one packing Brembo brakes and a 304kW/570Nm 6.2-litre V8, would make a crummy track car. In reality, though, it makes an excellent circuit companion.

There’s plenty of room in the tray for tyres and tools, and even if you have a dedicated track car, Holden’s SS-V Redline is not only able to tow that to the track (as long as it’s light; the manual only has a 1600kg tow rating, the auto an extra 500kg) but should your regular toy cark it, you’ve got an able back-up waiting in the pits.

The invention of the Redline series has been a god-send for circuit-going Holden fans. Finally, a Commodore that could handle a full day on track without melting or needing a full brake transplant. If anything, it gave the Commodore more chassis than the engine could truly exploit, particularly in VF guise, but the installation of the gruntier LS3 has balanced the equation. 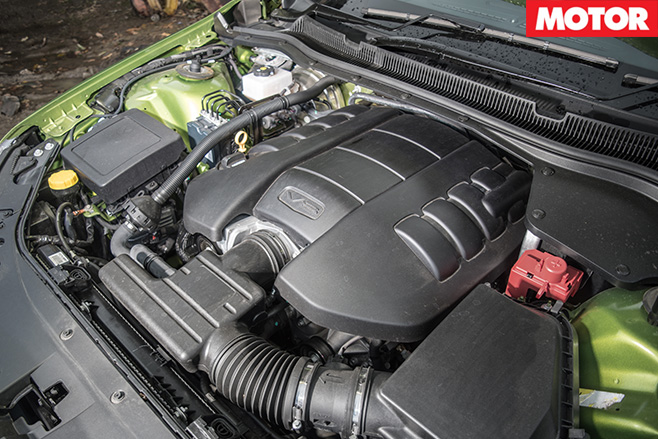 Our chosen test venue is Sandown Raceway. Now, the eagle-eyed among you might be looking at the pictures and thinking ‘that looks suspiciously like Winton’. Ten points and a gold star for you. The photography was completed during testing at Bang For Your Bucks earlier this year, simply because it was a good opportunity to get some action shots without the hassle of doing it at an actual track day.

In throwing the Redline around for photographer Jacob’s camera, there was a surprising amount of understeer to contend with; the front tyres just didn’t seem to want to bite into the tarmac. It was in stark contrast to the regular SS ute we’d been testing earlier in the day that would happily oversteer into and out of a corner. Is this a result of the Redline’s stiffer chassis set-up? Or perhaps the much lower profile tyres on our long-termer, which is fitted with the optional 20-inch rims?

Sandown would provide the answers. It’s a track that works well with V8 muscle cars, described by more than one driving instructor as being “two drag strips with a couple of corners connecting them”. That sells it slightly short, as it’s quite a challenging track to get right, particularly in a road car, which can’t be monstered over the kerbs with the same vigour as a competition car. 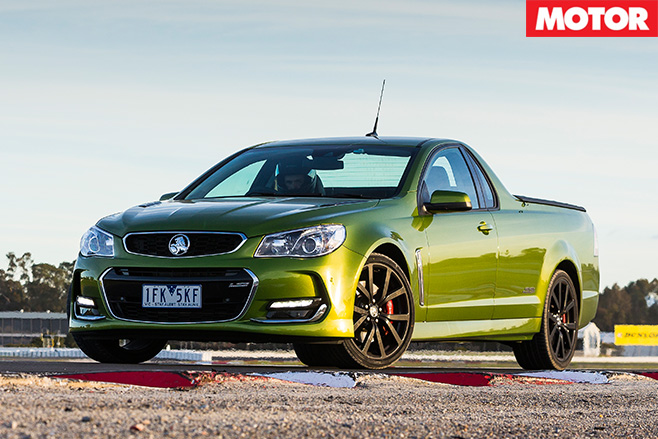 The Redline bellows its way down the main straight with enthusiasm, clocking around 215km/h before the brakes are heavily applied to bring speed down to around 90km/h for Turn One. The Brembos are excellent, but rather than just mashing them, a little less brake pressure seems to slow the car more effectively as it stops the unladen rear from chattering into the ABS.

There are a number of bumps to deal with in the turns two/three chicane and the Redline feels its weight through the change of direction, with care needed to keep the tail in check as it bounces over the lumps in the road. It’s then a quick stab on the brakes to wash speed off for the tight turn four in order to get a clean exit down the long back straight, where the speedo once again climbs beyond 210km/h. 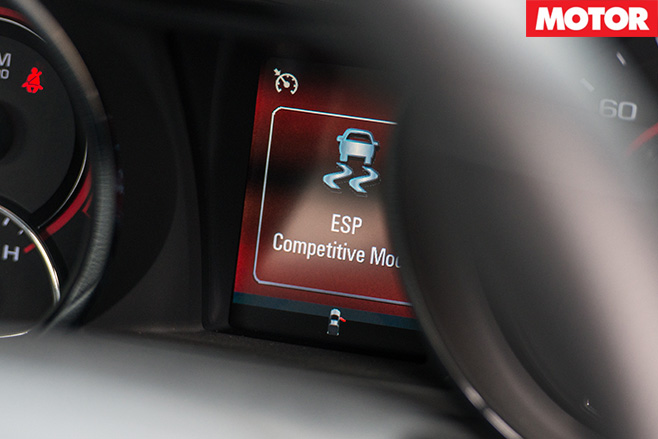 Sandown’s super-fast Turn 6 is the scariest part of the track and there’s lots of time to be made up with a bit of commitment. Unfortunately, there’s also the potential for lots of damage as there’s little in the way of run-off. The Redline manages around 140km/h through this section and high-speed corners like this are where the ‘Competition Mode’ ESC comes into its own, allowing you to nudge up to the limit with a safety net still in place.

The car is ultimately faster with the electronics off, but this extra setting is a fantastic tool when you’re learning a new circuit, receiving instruction or if conditions are treacherous, like they are through Sandown’s final chicane. Overnight rain has resulted in a strip of water running across the track, right at the point where you need the car to change direction.

Despite a couple of damp patches, the Redline manages a best lap of 1:24.99sec. Impressively, by alternating hot laps with a cool-down lap, it runs strongly all day, or at least until it empties the fuel tank, which happens scarily quickly on track. The brakes remain absolutely fine, the tyres hold up well and, most importantly, it’s heaps of fun. As a do-everything performance car, the SS-V Redline ute is proving very adept. 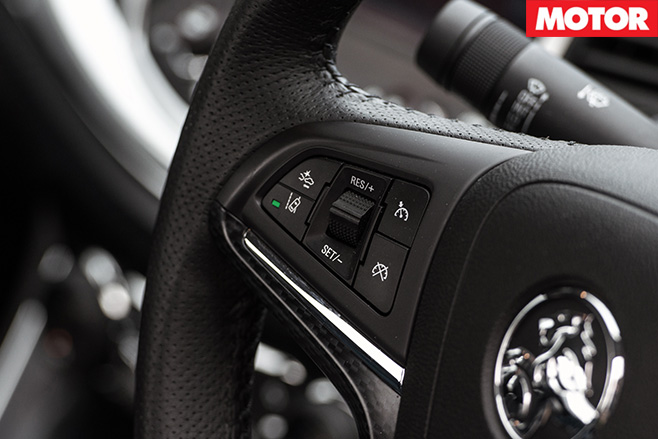 Check out the Redline take on a HSV Maloo R8.