President Trump has ‘The Beast’, Pope Francis has the ‘Popemobile’, and the Australian Prime Minister has this: a 3.6-tonne blast-resistant BMW 7 Series High Security which, if nothing else, is in dire need of its own catchy nickname.

In actual fact, there are nine of these battle-ready 7 Series on our shores, all specially made for Oz in varying degrees of protection capability. We have armoured BMW X5 SUVs, too.

Specifics about the BMW Security Vehicles used by Comcar for the Prime Minister and other high-ranking elected officials are kept under wraps for obvious reasons - but here’s what we do know.

There are three levels of the 7 Series High Security (VR4, VR6 and VR7/9). What our PM has is classified, though it’s fair to assume it ain’t the base model. 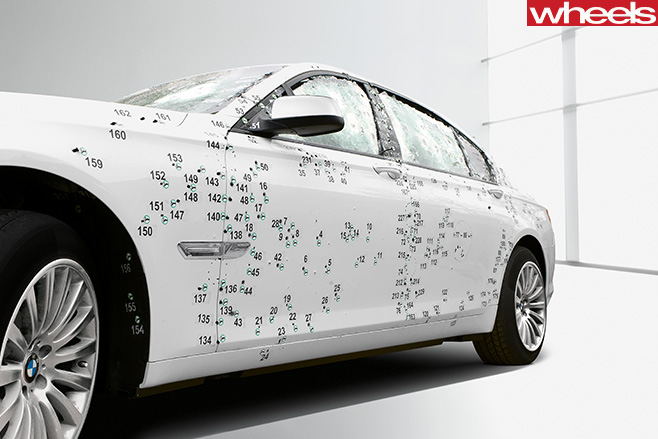 The VR4 can withstand shots from even the biggest handguns. Upgrade to VR6 and bulletproof protection-level increases to assault rifles. But it’s the range-topping, grenade-stopping VR7/9 that is likely to be ferrying our PM around.

Buying one costs in excess of $500,000, and anyone with extreme levels of paranoia can do so, though in Australia you have to let the government know you have one.

BMW infuses overlapping armoured plates into the bodywork, up to a thickness of 10cm. Polycarbonate windows are 6cm thick and form part of the car’s ‘safety cell’. BMW can’t seal the entire passenger compartment as then you wouldn’t be able to lift the tailgate.

Special driver training courses are run by BMW in Germany to teach defensive and evasive driving techniques to owners and chauffeurs. 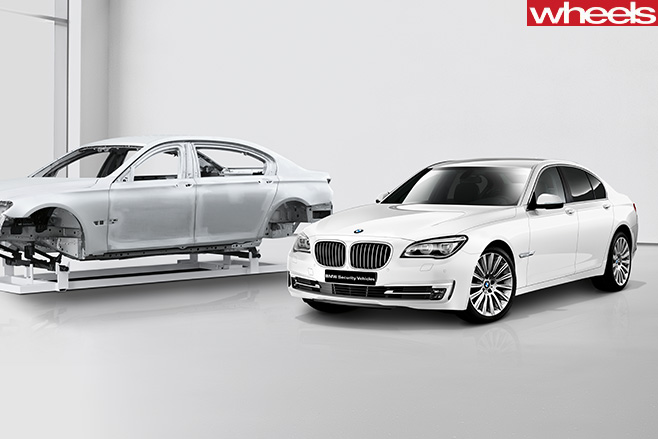 When BMW handed over the vehicles our Very Important Politicians are using, it held training sessions with drivers to ensure they were fully acquainted and understood all aspects of the vehicle.

Those sessions would have been useful since the car has more unusual features than a pubescent teenager’s face.

First of all, it has sensors that can ‘smell’ toxic gases, seal the cabin off and supply up to two hours’ worth of oxygen. It can also douse fires, hide concealed weapons and travel 50-80km at up to 80km/h with its engine and bespoke Michelin tyres riddled with bullets. 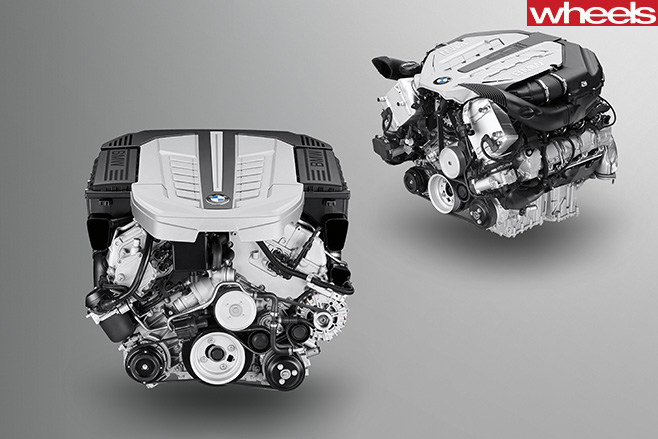 Naturally, BMW alters the suspension and gear ratios to lug the lard but claims “you won’t tell the difference between a VR7/9 and a normal car”.

The weight of a fully-featured 7 Series High Security is truly colossal. In fact, its obesity problem is so severe it needs strengthened chassis rails to handle the titanic mass. 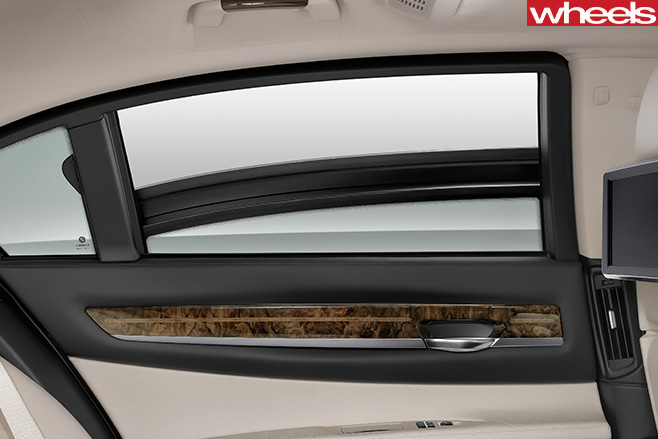 A BMW exec in Germany told Wheels, “Each door weighs 250kg, so they’ll break bones. In some countries, these cars are considered weapons.”

A single window weighs 150kg. Winding them up and down down requires an optional heavy-duty motor.

The inside is all normal 7 Series, with a huge range of options to pick from. Buyers can even request explosives fitted in the windscreen. These are activated from inside the cabin and force the glass out for a speedy getaway should the car be overturned, catch fire or be penned in. 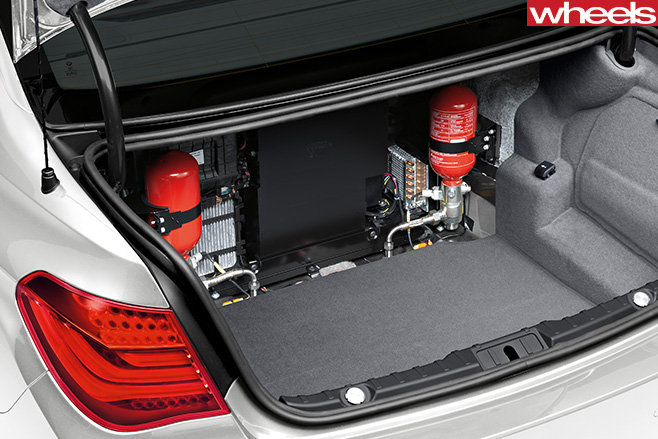 Fuel tanks are a weak point, which is why BMW fits its armoured cars with a self-sealing compound should the fuel cell be struck by a bullet.

7 Series High Security vehicles are hand-built exclusively in Germany by 50 specially trained technicians to an extreme level of personalisation. The X5s are pieced together in Mexico and can take up to two weeks to build.

Unlike some other retrofitted armoured cars, every armoured BMW is independently tested, comes with a full factory warranty and, if BMW is to be believed, retains the same razor-sharp, driver-focused dynamics for which the brand is famous.

If half a million bucks sounds like a lot, it should seem far more reasonable when you consider the $1.6 million Latvian-made ‘Iron Diamond’ armoured SUV that Kanye West and Kim Kardashian own two of. It does have a better nickname, though. 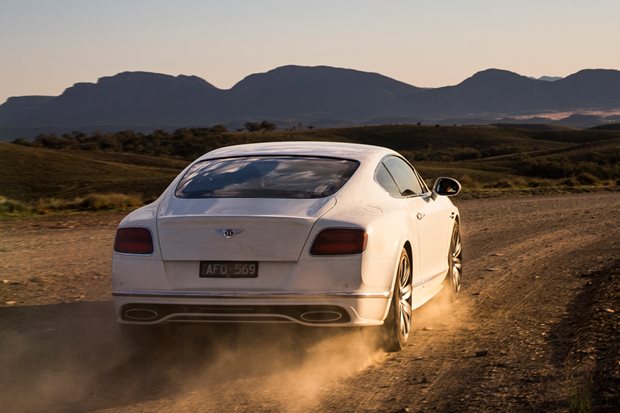 Driver in banned Bentley film hits back at ‘do-gooders’ 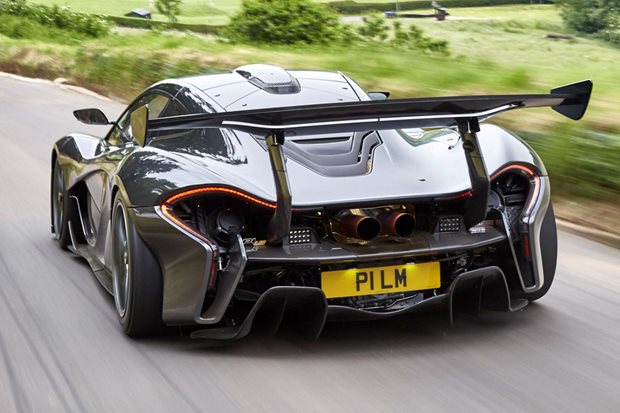 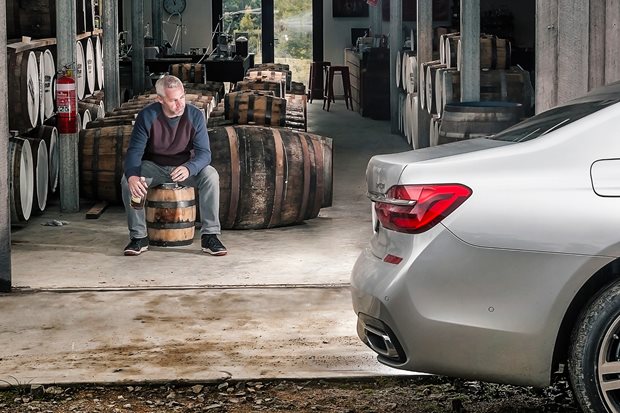 A spirited Tassie drive in a BMW 7 Series