McLaren’s in a hurry to give Porsche’s 911 Turbo  a bloody nose in the sportscar segment.

The problem’s been, though, its stuff’s been a bit too hardcore for the discerning German sportscar buyer.

The newly revealed 570GT is here to change that. Using a 570S as the starting base, McLaren’s added sensible things like leather, a panoramic glass roof, and more boot space to the 3.8-litre twin-turbo missile.

With one of the two 570GT prototypes in Melbourne over the F1 Grand Prix weekend, we had the chance to talk Robert Melville, McLaren’s Chief Designer, about the car.

Here are five cool things we learned about the 570GT’s design.

The 570GT, like every McLaren, is inspired by the original F1 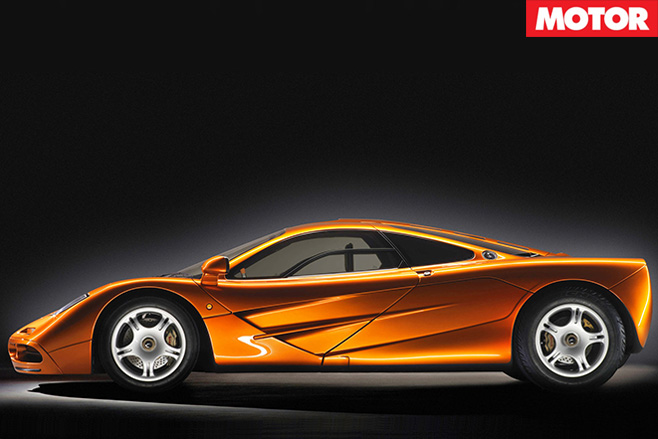 When asked about McLaren’s overarching design philosophy, Robert says every car is interrogated by the same questions.

“Why have we done that? Does it make the car look better? Does it improve the functionality or performance? It’s never ‘it just looks cool’, it can never be this. You have to have the integrity, that’s what the original F1 had. Everything for a reason.”

The 570GT’s nose has a crosshair 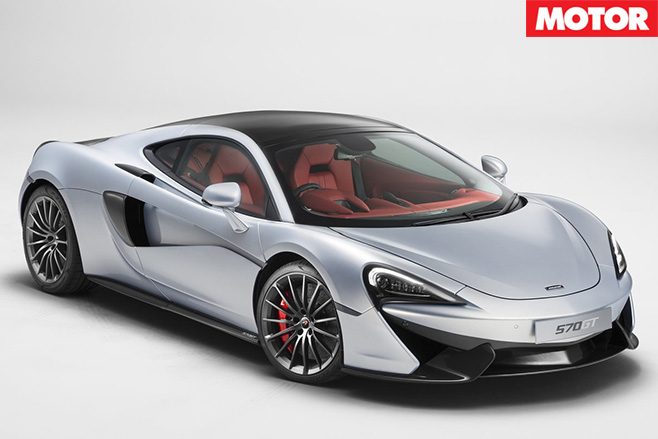 Look closely and you’ll see two bonnet creases plunge down to a vertical crease in the front bumper’s centre. All three elements combine to create a cross hair, which he says separates the air into four segments. The bottom two feed the radiators while the top two direct air over the car.

Proportions are important, and he’s most proud of the car’s rear haunches 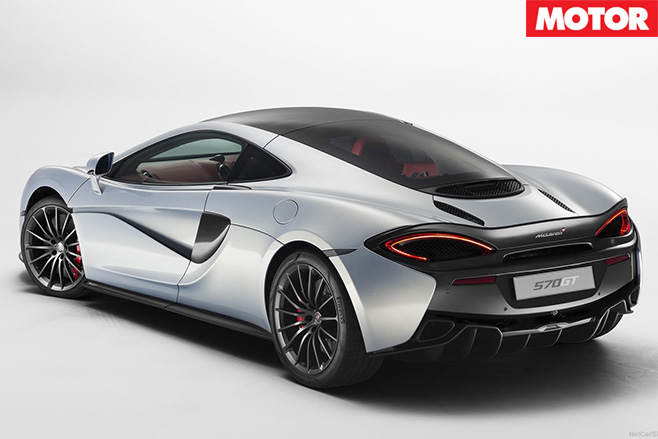 We asked him what about the 570GT makes him most proud. “The balance and the proportion of the car is the thing I’m most happy with. It’s the most important factor in any good car design. The proportion, the dynamic of all the lines – If that’s not right then the detailing will just never work. So it’s really got some nice shrink wrapped corners.

“I really love, as a piece of surfacing, my favourite panel, would be the rear fender. When you feel the section, it’s crowned, very nicely blended in, it has a little bit of 1960s GT about it, the old Alfas. So I’m really really pleased about the clean look, a very fluid look.

The 570GT’s doors have things named after connective tissue

We ask him about his favourite detail. He’s quick to single out the floating ‘beam’ which sits bridges the rear and front fender. “In terms of details the door tendon, the mini tendon right here, and the door release underneath. It creates a really unique interesting feature and people go wow, this is incredible.

“No one else has done a door like this. And yet it allows us to cool the car really well. Creates a talking point and it looks good and functions well.”

Okay, so most of these features are shared with its Sports Series siblings, the 540C and the 570S. But we’d find it hard to notice them without the man in charge of the each car’s staggering design letting us know where to look.