The coolest homologation special is turning 30

When Mercedes-Benz wanted to dominate touring car racing in the ’90s, it built this world-beating homologation special road car

The homologation special is an interesting phenomenon. A rare breed of vehicle, sold to be driven on the road, but with its design and function dictated by a motorsport rulebook, and a manufacturer building it to exploit as many loopholes as possible.

This year marks the 30th anniversary of one of the coolest homologation special road cars in history – the Mercedes-Benz 190E 2.5-16 Evolution II. Despite having one of the longest names in motoring history, it’s also a supremely impressive piece of kit.

Revealed at the Geneva motor show in 1990, Benz’s fastest 190E dominated German touring car racing of the era, and became an instant icon. 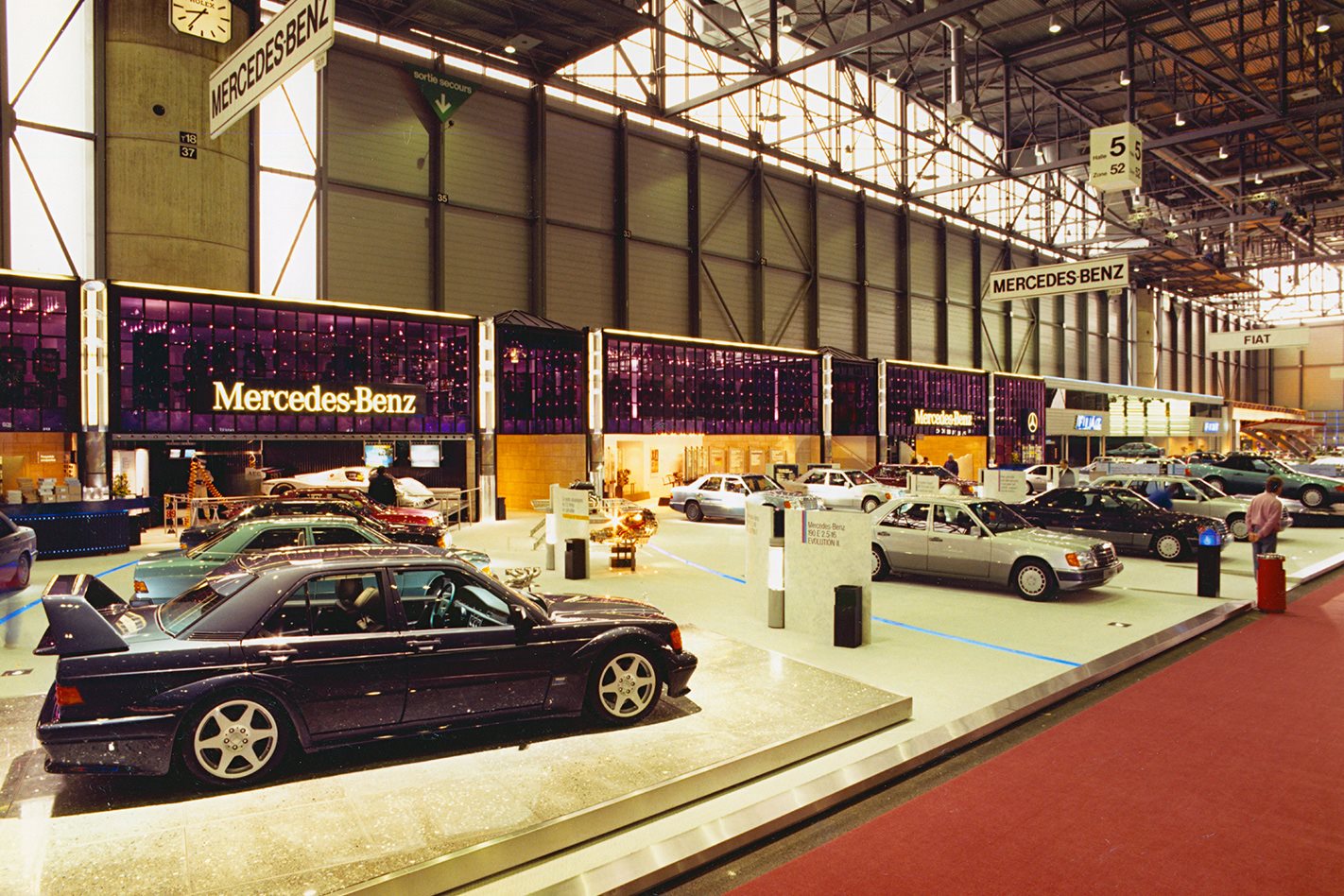 Just 502 examples were ever built, all painted in the same blue-black metallic hue. They are most easily identified by that sizeable rear wing.

As is usually the case with homologation specials, the aero wasn’t just a visual addition. Mercedes-Benz designed the Evo II’s bodywork with the aid of a wind tunnel, resulting in more than 50kg of downforce on the rear axle, and upwards of 20kg on the front.

Read next: We go inside Mercedes-Benz’s hidden treasure trove

Famously, upon seeing the 190E Evo II, BMW’s head of research and development at the time, Wolfgang Reitzle, said: ‘‘The laws of aerodynamics must be different between Munich and Stuttgart; if that rear wing works, we’ll have to redesign our wind tunnel.’’ 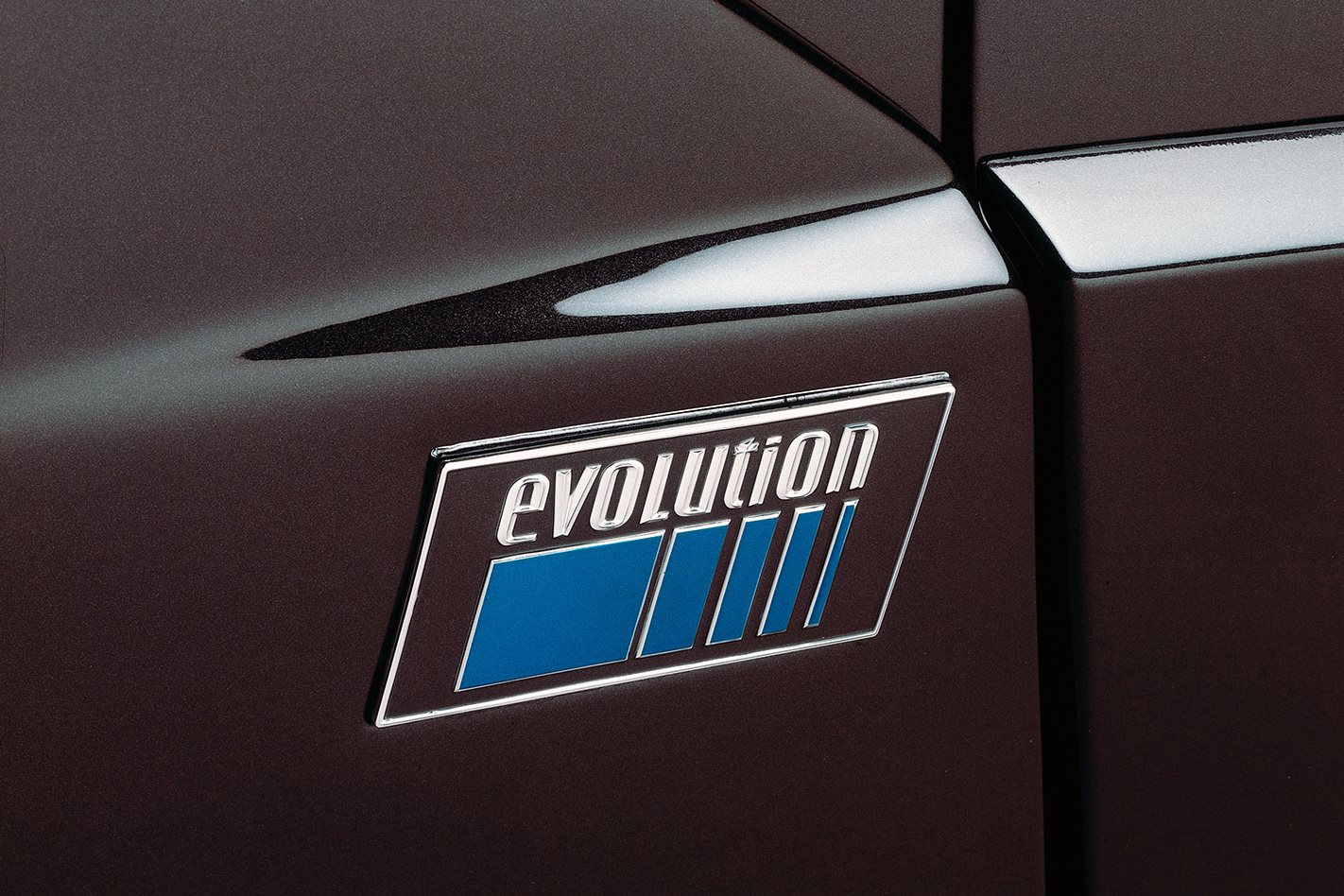 Turns out BMW did redesign its wind tunnel, as the DTM racer the 190E Evo II was transformed into was an absolute monster, filling Mercedes’ trophy cabinets with ease.

Powered by the M102 four-cylinder, the Evo II produced 173kW/245Nm (sizeable for the period). In order to produce the extra power compared to the engine in the standard 190E 2.5-16, which produced 101kW, the engine had a shorter stroke and larger bore.

Read next: Wheels crashes the party at 125 Years of Mercedes Motorsport

The rev limit was raised to 7700rpm by reducing the connecting rod weight, cutting crankshaft counterweights from four to eight, and changing the camshaft from a duplex to simplex roller chain. Two metal catalytic converters were added. 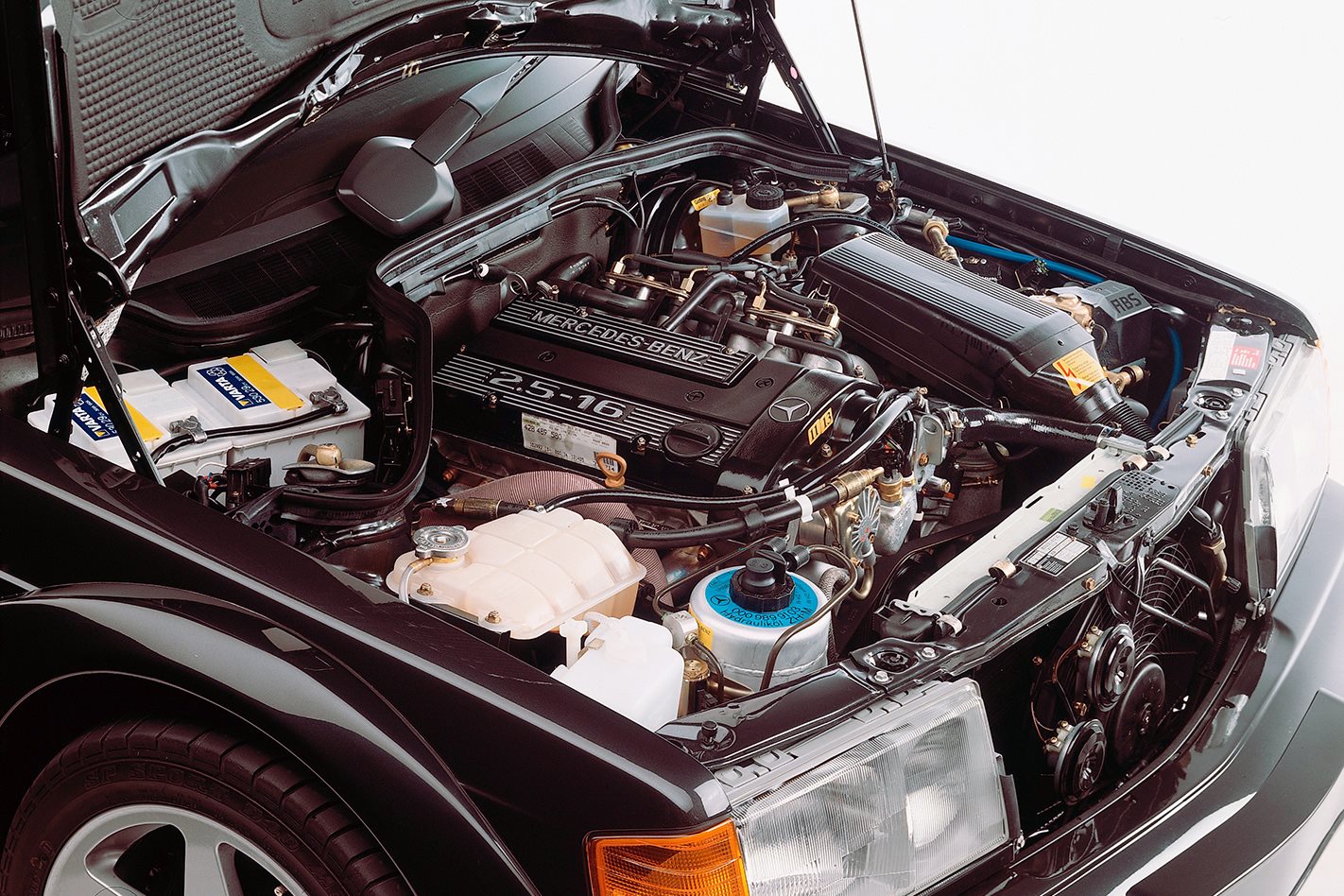 Racing versions of the engine took things even further, upping outputs to 274kW. This would be the last competitive motorsport engine Mercedes-Benz would build in-house, with that responsibility passing to AMG, where it has remained since.

Read next: A celebration of Group B’s gobsmacking cars 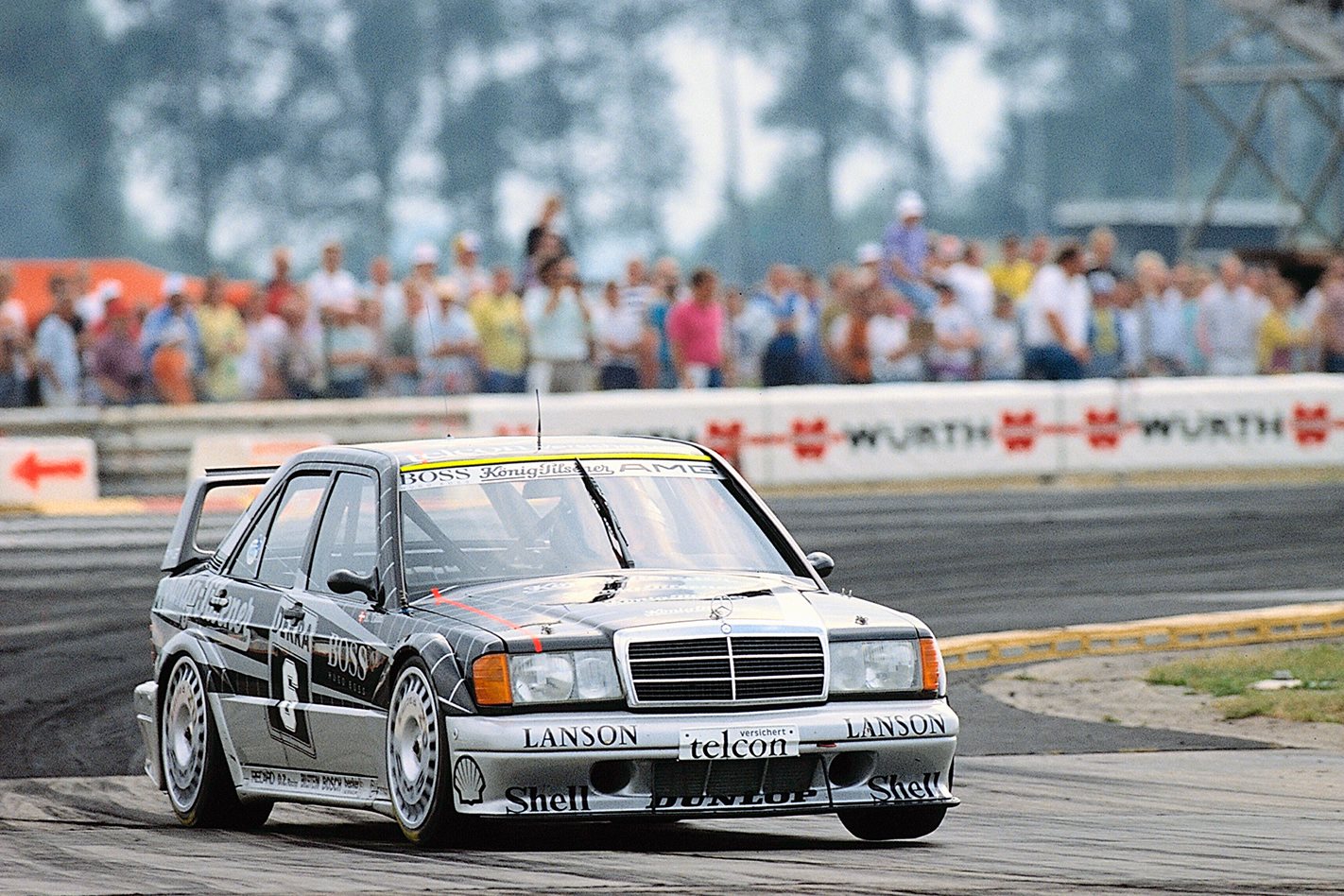 But the road car was just a gateway for the DTM touring cars that would be built from the same platform. Mercedes-Benz’s hard work refining the Evo II netted impressive results. By 1992, the DTM car had been refined to such a point that it won 16 of that season’s 24 races.

What is your favourite homologation special? Let us know in the comments below!