IT HAS to be said, I have a not-so-secret soft spot for unusual and silly vehicles. So when I heard there was a Mercedes-Benz G-Wagen with a Porsche engine under the hood, I had to know more.

The concept of Mercedes-Benz’s most utilitarian creation (after the almighty Unimog), with a sporty Stuttgart engine hiding underneath the bonnet is something that would be easy to dismiss as too outlandish to be reality. But oh, how you would be wrong. 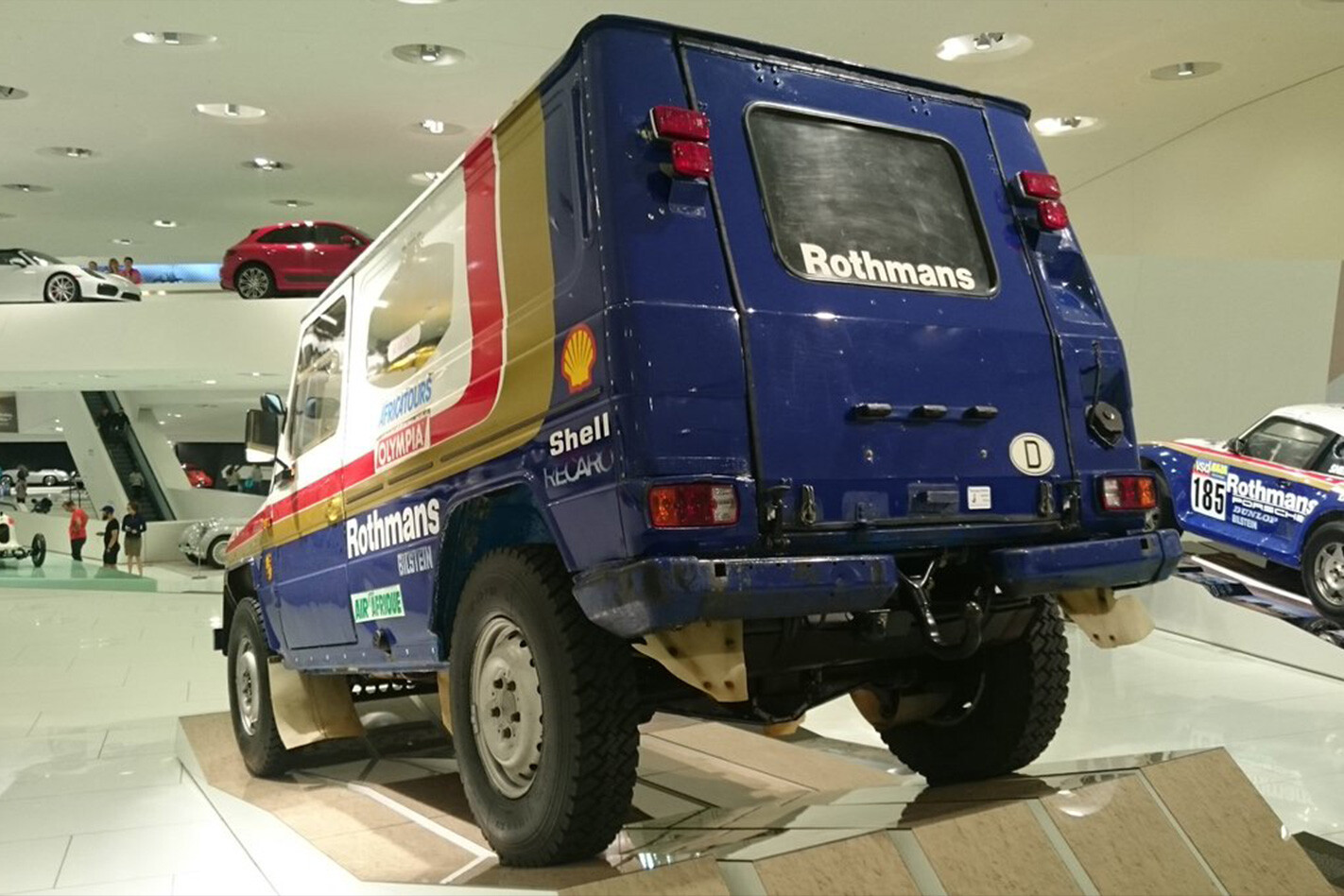 Built by Porsche as a support vehicle for the 1986 Paris-Dakar Rally, the G-Wagen in question is one-of-a-kind, resplendent in full Rothmans livery, and with a Porsche 928 V8 nestled in the engine bay.

It’s unclear which of the 928’s bent-eight engines is under the bonnet, with the ‘70s coupe available with a 4.5-litre, 4.7-litre, 5.0-litre, or 5.4-litre naturally-aspirated water-cooled V8 throughout its lifetime. It is currently on display in Porsche’s Stuttgart museum after being hidden for a number of years in a secret storage facility and remains fitted with a full array of spares and tools from the rally.

More detailed technical information is remarkably thin on the ground, but one thing is for certain – it exists, and we love it! Legend has it the front bumper of the Porsche G-Wagen had to be heavily modified to fit the V8 within the confines of the engine bay.

The G-Wagen supported a trio of Porsche 959s through the ’86 Paris-Dakar Rally with a driver line-up included the legendary Jacky Ickx, who coincidentally won the fifth ever running of the event in ’83 driving a Mercedes-Benz 280 G. Teammate Rene Metge claiming outright victory in '86, leading a Porsche one-two finish by over an hour.

Metge was largely untroubled on his way to victory, until the third stage from the end, when his 959 became stuck in deep mud. Thankfully the G-Wagen was on hand to help push him out of the sticky situation.

Fun fact about the Dakar 959; the cars actually started life as regular 911s before having the 959’s twin-turbo heart and four-wheel-drive system installed, along with a new body.

The G-Class Professional wagon has just launched in Australia, and is the most off-road capable car you can buy from the German manufacturer in Australia currently (even if you do have to pay six-figures to put one in your driveway, and that doesn’t include a radio).

Have you heard of any other quirky factory engine-swaps? If so, let us know in the comments below!