IT takes quite something to catch today’s motoring press on the hop, but it can still be done. Here we take a look at a few of the cars that created genuine shock and awe on their motor show debuts.

Some we knew about in advance while others were testament to the almost unfeasible secrecy of major design and manufacturing projects. All of them indelibly changed the way we perceived and purchased cars.

Here’s a celebration of the game changers, the projects that shot for the moon and succeeded.

Prior to the Miura, supercars didn’t really exist. Some might argue otherwise, but they’re wrong. The lithe Lamborghini set a template that lasted for decades: a big naturally-aspirated V12 behind the driver’s shoulders, a claim (however tenuous) to be the world’s fastest production car and a shape that made everything that went before look instantly outdated.

Customers had already gained a preview of the engineering beneath Gandini’s jaw-dropping shape the previous year, when a bare P400 chassis was shown at the 1965 Turin motor show.

That was enough to put Maranello on notice that the sports car world was about to tilt on its axis, but few realised quite what an impact the Miura would have when the wraps came off the show car in Geneva. 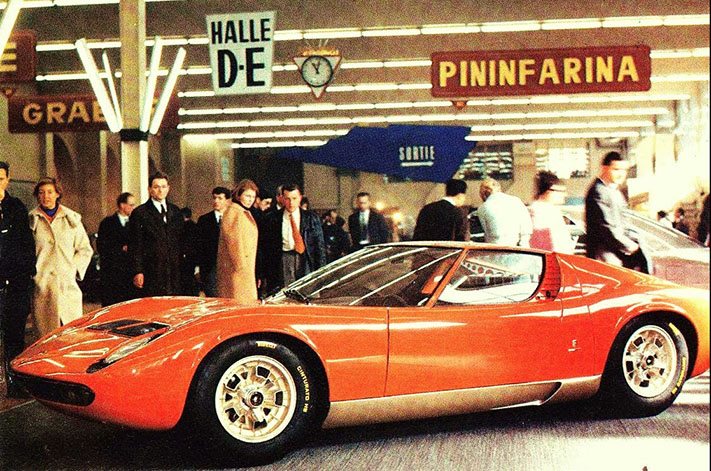 The Bertone body was finished only a few days prior to the show and the engineers had all manner of issues shoehorning the 3939cc V12 in, so at the last minute a decision was taken to fill the engine bay with a representative amount of ballast and keep the rear deck firmly under lock and key.

Keeping the press from poking around at what they thought would be Bizzarrini’s V12 masterpiece allegedly kept Lamborghini staff fully occupied. Despite that hiccup, the Miura would go on to alter the way we perceived Italian sports cars, Ferrari eventually acquiescing with its mid-engined rival, the 365 GT4 Berlinetta Boxer, launched in 1971.

Once in a while, the planets align and an automotive culture kicks on by leaps and bounds. The Miura showed how an entire car genre could materialise almost overnight, and in the late 1980s, three of Japan’s biggest manufacturers, Toyota, Honda and Mazda, released cars that changed the way we thought about the nation’s wares. Arguably the most significant was the birth of Toyota’s luxury arm, Lexus, and its LS400.

While the LS400 could be accused of being somewhat derivative in its approach, benchmarking the W126 Mercedes-Benz S-Class, a vehicle widely lauded as the best car in the world, pause for a moment and consider the ambition here. 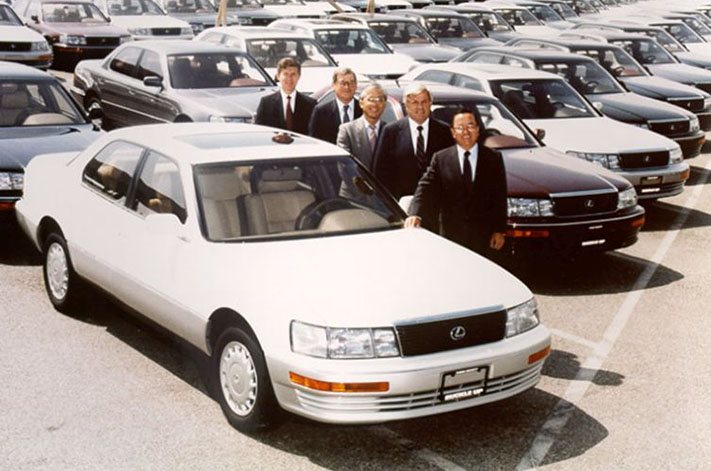 Lexus didn’t just build a car that was a bit like the S Class. It built something that was by some margin better, moving the game on in terms of reliability, refinement and, via its nascent dealer network, customer service.

The car that arrived on the stand at the 1989 Detroit Show seemed to appear out of thin air, Lexus having locked down security on the development of its big budget sedan. Insiders knew that the Circle F project had, in fact, kicked off as early as 1983, when Toyota’s chairman had proclaimed that the company was going to “build a car better than the best in the world.”

It was no idle boast. In 1984, a committee drew up the benchmarks for the halo car; and a year later, chief engineers were despatched to southern California to find out what made American luxury car buyers tick. It worked. When the car launched to the public, journalists quickly realised that for many European and American luxury brands, the fox was well and truly in the henhouse.

If there was one motor show that now seems like a can’t miss event, it could well have been Chicago in 1989. While the American press was getting its pants in a bunch over the forthcoming MN12 platform Thunderbird Super Coupe, the Japanese were readying a product onslaught the like of which hasn’t been seen since.

In any other year, the launch of the Nissan 300ZX – the return of the hero Z car - might have been significant enough, but the Zed had to play second fiddle to some other serious players. The Mazda MX-5 for one. 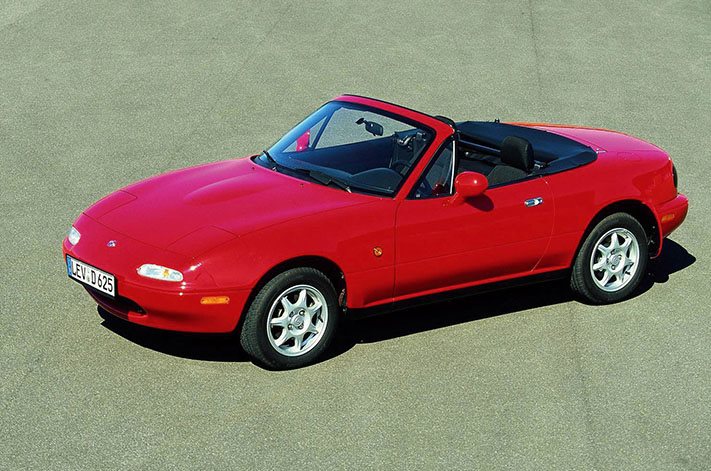 Details of the MX-5 had dribbled to the press. Twelve prototypes were up and running by 1988 and in July selected press members were invited to try them. Autocar and Motor carried a fuzzy cover shot of the MX-5 prototype, but the shock of the show car was how beautifully engineered it was, how light, how unadorned – and this was the 1980s, remember – and how cheap. Orders poured in on the spot.

The rest is history.

If the Mazda MX-5 democratised the notion of the Japanese sports car, the Honda NSX’s aims were diametrically opposed. It challenged our notions of how a junior supercar should perform. We’d almost resigned ourselves to the fact that a proper supercar ought to have fritzy electricals, scattered switchgear, catastrophic visibility, tedious reliability and should drink like a sailor on shore leave.

When the NSX programme began, the benchmark vehicle was the Ferrari 308, which was then succeeded by the 328 and, by the time the NSX landed in dealers, the 348. No matter. The Honda made them all look antediluvian. 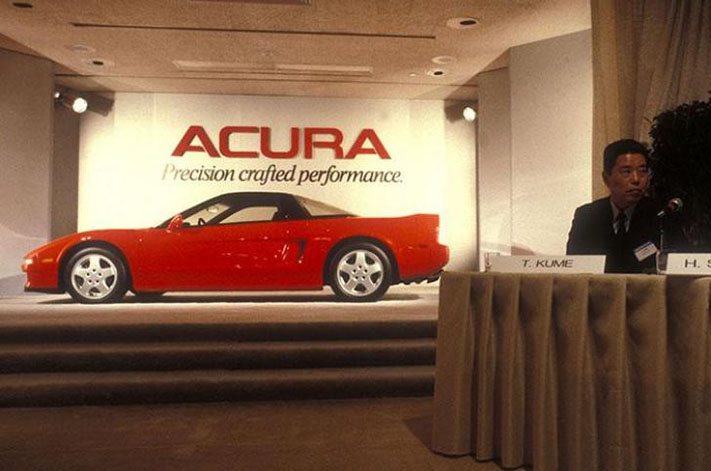 Tongues were set wagging when Honda’s head honcho, president Tadashi Kume was spotted in The Windy City. Kume didn’t travel for the unveiling of a new grille. The world’s press had gathered for a Ford presentation on the eve of the show at Chicago’s historic Drake Hotel. Next door, Honda’s executives were rehearsing the launch of the NSX, badged Acura in the US.

As they were fine-tuning the timings of their speeches, Kume wandered in, climbed into the show car and revved it to the redline. “Mr Kume, stop it!” screamed Kurt Antonius, Honda’s US PR guru, ‘They’re gonna hear this!”

The next day, Kume stood by as the wraps were pulled off the car. When it was his turn to speak, he highlighted the technical achievements of the car as the press leafed through a six-page engineering glossary.

The forged pistons, the titanium conrods, the aluminium monocoque and suspension assemblies and, with a wry smile, he talked of the 8000rpm redline which he had tested the day before.

The Grand Cherokee ZJ was a project that had been developed by AMC in the 1980s before Chrysler took up the reins. At the time, a big 4x4 was a Chevy Blazer or a GMC Jimmy, something that was slab-sided, lumbering and with engineering rooted in the 70s.

The Grand Cherokee was different and Jeep was excited. Excited, but largely broke. Without much of a budget for the launch event, they improvised, inviting journalists to the launch in the lobby of Cobo Hall. 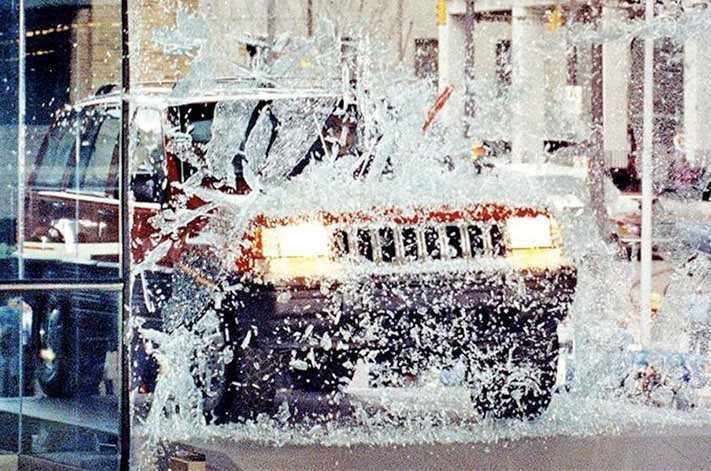 While the journos shuffled about complaining about the quality of the coffee, a fresh-off-the-line Grand Cherokee was being escorted from the Jefferson North Assembly Plant by a police escort en route to Cobo. Chrysler had constructed a sugar glass wall and the Grand Cherokee came up the stairway and through the glass, a stunt that was all over the news around the world. Given the lengths – and indeed costs – car manufacturers go to today to get eyes on their prize, the stunt now seems a bit quaint.

But back in 1992, driving through a window was enough to kick start a revolution in cars. Mercedes-Benz would doubtless argue otherwise, but we reckon this marked the beginning of the SUV era.

It’s hard to create a genuine surprise at motor shows these days. The internet has turbocharged the new product rumour mill, everybody carries a digital video camera in their pockets and camera drones can compromise the security of even the most remote proving ground.

What better place to design a car then, than an underground bunker, protected by a series of keycarded doors to which only a select few have access. 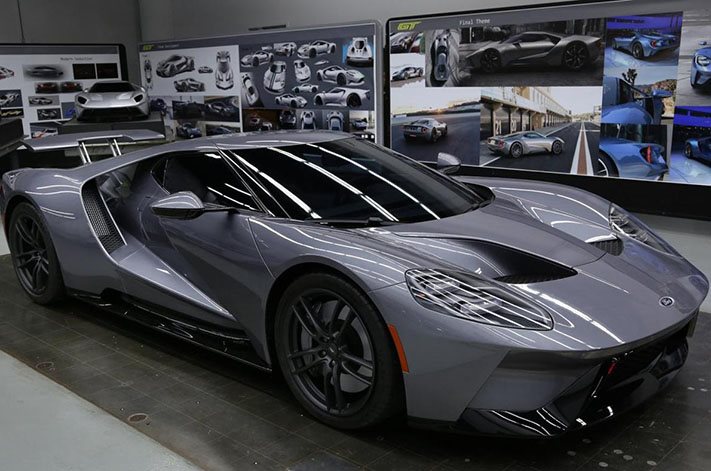 That was Ford’s tack with the GT, a car which only ever saw the light of day for a few minutes at sunrise on Sundays before being shuttled back down to the darkroom in Ford’s Dearborn design HQ. “This was a top secret project.

Very few of us had access to it and we weren’t allowed to talk about it. So, we created a room outside of the normal studio,” said design director Chris Svensson. “Literally, a handful of twelve people, including some key engineers, had access to the room. We went old school, we had keys. And not until we unveiled the car… at Detroit, did anybody else in this building know about it.”