TURBOCHARGING, flat-fours and hybrids have presented Porsche’s acoustics experts with a fresh challenge.

Not that the turbo is new at Zuffenhausen – or the flat-four, for that matter. In fact, they go right back to the 911’s roots, but the purposefully guttural low-rev note and top-end wail of the flat pack of six remains the brand’s classic soundtrack.

However, rather than shrinking from the challenge, the Weissach Works relished the task of making today’s breed of environmentally acceptable engines sing. Just like working with turbos and four-cylinders, it's nothing new to them.

You see, while there’s plenty about a Porsche 911 that makes it different from sports cars from other brands, the fact its exhaust note is one of them isn’t by accident. 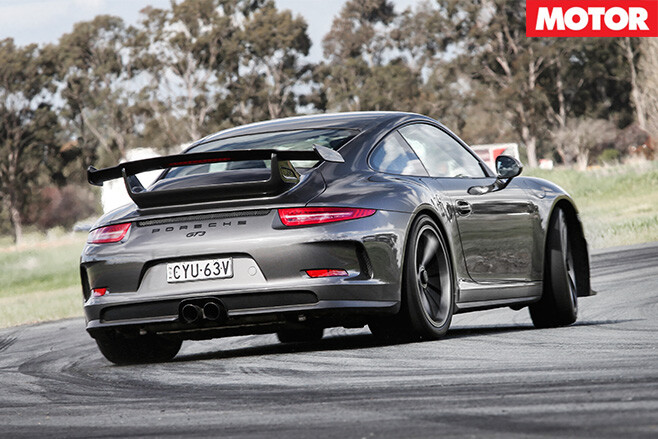 Fundamentals with any Porsche engine are a note and intensity that vary with throttle and load. It comes not just as a pleasing soundtrack, but as another form of feedback to let the driver know where they are in the revs, throttle position and torque curve.

But there are more specific techniques depending on an engine layout’s character and market positioning. According to Porsche head of development for vibrational technology and acoustics Dr Bernhard Pfafflin: “A car has to sound like its output.”

By nature of the fact the exhaust turbine changes the flow speed and shifts the frequency range of the note, a turbo engine needs more work.

In addition, Porsche customer feedback suggested Turbo owners wanted more noise than most, especially in sport mode, which is at odds with the fact turbochargers dampen the exhaust sound. 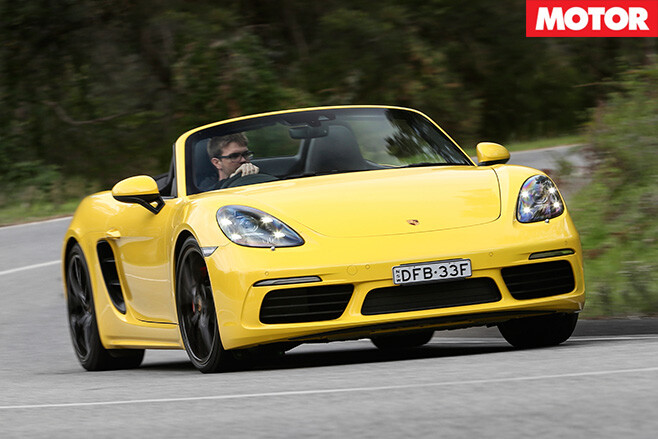 The Porsche Boxster and Cayman four-cylinder revived the flat-four tone, which because it fires twice (rather than a six-cylinder’s three times) per revolution of the crankshaft, is even less vocal. A clever asymmetrical exhaust/turbocharger manifold introduced complementary overtones to give the engine a smoother, more pleasant note.

Meanwhile, unequal length pipes south of the catalytic converter feed respectively into a muffler and a Helmholtz resonator to dampen and manipulate the exhaust sound.
Through changes to the design and dimensions of the resonator, the exhaust note can be fine-tuned into something more than a WRX.

According to Porsche acoustics specialist Bernd Muller, the debate at board level regarding exhaust sound rages as intensely and with as much passion as that about design characteristics.

But while it might be the easiest job in the world turning out new 911s that look like the last, ensuring each new model sounds like a Porsche clearly isn’t quite so simple at all.

1. OPEN THE GATE
The turbo wastegate bypasses exhaust gas around the turbocharger to manipulate the boost and, therefore, torque curves. Canny Porsche engineers, however, also open the ’gate to tune the pitch of the turbo whistle.

2. THE BASS-ICS
Helping the new Carrera turbos live up to their atmo predecessors in the vocal department involved a unique design for the rearmost muffler, and a shift of the rear tailpipes to the middle of the car, which brought more bass.

3. PIPER PROBLEMS
Despite the obvious space limitations in a rear-engined car, a change to the length of the pipes between the catalytic converter and the exhaust outlet helped the engines hit the right note, just as changing the length of a wind instrument does.

4. WHY IT RESONATES
A Helmholtz resonator – named after 19th-century German physicist Hermann Ludwig Ferdinand von Helmholtz – can be pictured as a jar with its opening attached to the side of the exhaust pipe perpendicular to the gas flow.

5. NOT A JARRING SOUND
As exhaust gases in the Boxster and Cayman pass the opening of the jar, the air inside it vibrates and generates a tone, which adds or subtracts from the tone flowing past the opening, out the twin tailpipes and into the appreciative ears of enthusiasts.