WHILE most of us in the MOTOR and wider WhichCar network spend most of our time driving, writing and arguing about brand new performance cars, we’re all aware that performance thrills can just as easily come via the used car market, often for a fraction of the price.

With this in mind, we decided to set a challenge to staff across our motoring titles from both the new and enthusiast car segments.

The rules were very simple: Trawl the second-hand classifieds and find an example of your ideal performance machine for less than $15,000. And it was first in, best dressed – once a particular model was gone, it couldn’t be chosen again.

Read next: These are the new cars journalists would actually buy, from budget to bonkers

Some surprised us with their choices, both in terms of what managed to sneak in under the budget and how deep some were willing to bury their pride for a slice of relatively inexpensive fun. 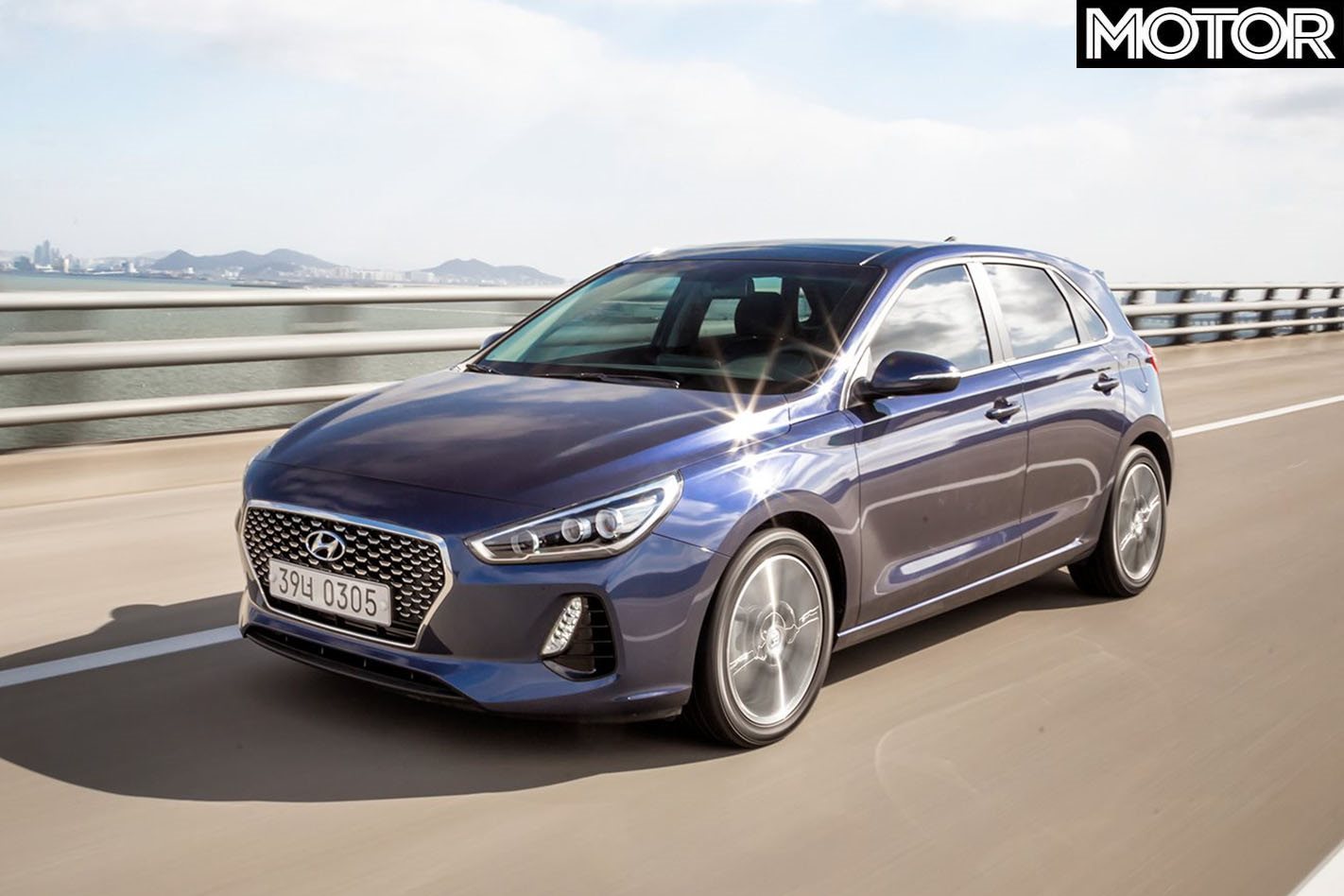 Looking for an undercover sleeper for your $15K? Look no further than the amorphous and inoffensive shape of the PD-gen Hyundai i30 SR. No, really. We’ve seen higher-mileage 2017 examples changing hands for around 15 grand, and that buys you a 150kW car with the clever 1.6-litre Gamma II turbo engine that can run in both Atkinson and Otto cycles. So you’d be buying a car with two years’ warranty left on the board, and when that expires you could freshen things up a bit.

Tunehouse can give this engine a 30kW tickle with a THR Powerport plug-and-play chip, giving you a relatively modern and reliable hot hatch with contemporary safety and infotainment that could dip into the sixes to 100km/h and would never attract the wrong sort of attention. 241 horses for this sort of money? That’s one heck of a bargain. 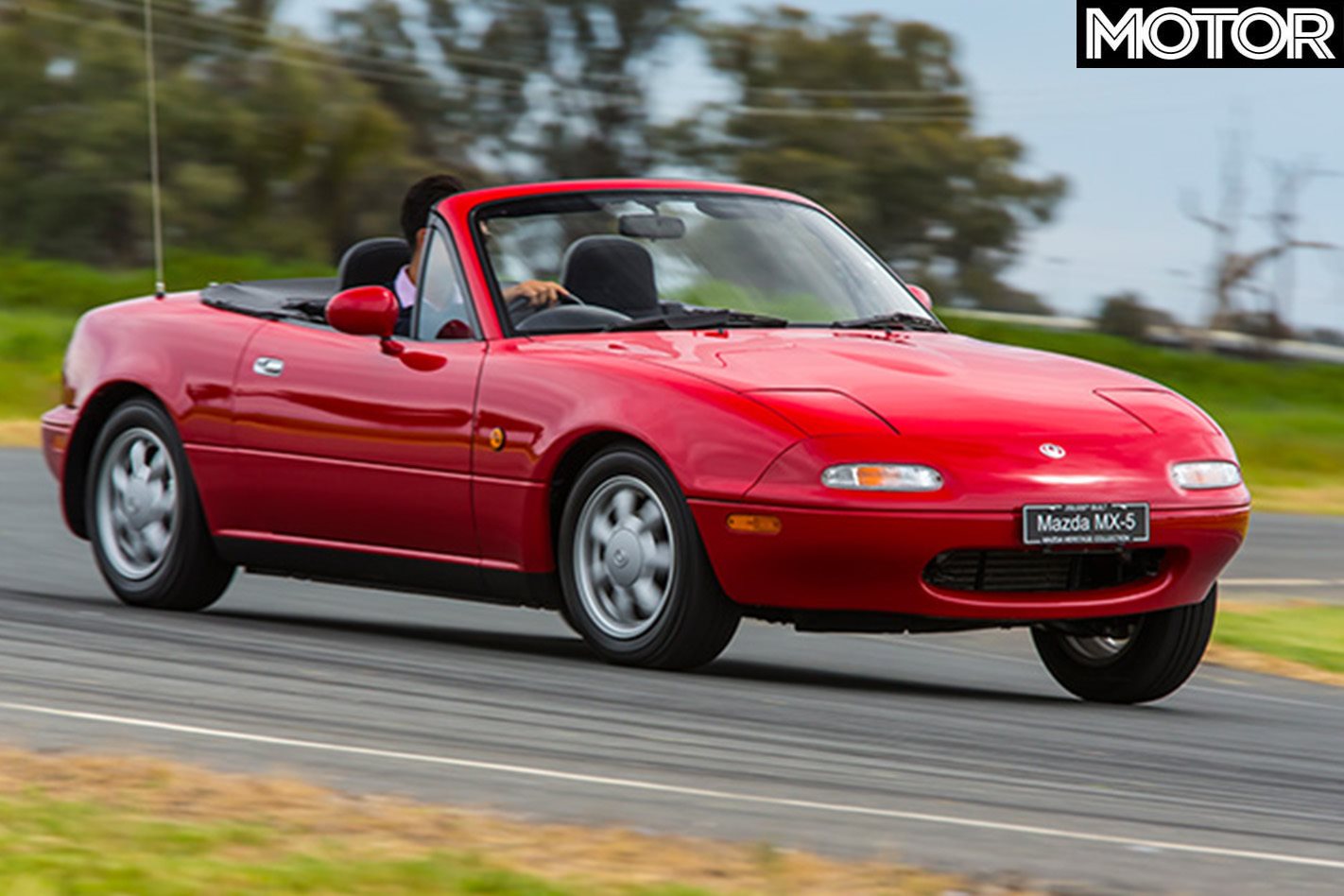 Someone had to pick it, so it might as well be the guy who actually bought one. Owning a Mazda NA MX-5 seems to be a rite of passage for motoring writers, but fear not – you could easily find one that hasn’t been owned by such folks, and for much less than $15K.

While prices are on the up, Mazda built an awful lot of the things, so they’re not exactly rare. And it built a lot of them because they were very good. The MX-5 remains a reference point for what a good, simple sports car should be.

Power steering? Don’t need it; the thing weighs 970kg. Kilowatts? Ditto; Mazda’s 1.6-litre four wasn’t exactly a powerhouse with its 85kW. But an excellent chassis with a playful nature makes up for its lack of straight-line acceleration, and its Japanese engineering makes it superior to the old British sports cars it was inspired by.

Find yourself a first- or second-generation (NA or NB respectively) MX-5 in good shape with no rust or modifications if you can. The choice between NA/NB comes heavily down to styling, and whether you want an airbag and some more safety features instead of pop-up headlights.

We all know you want pop-up headlights. 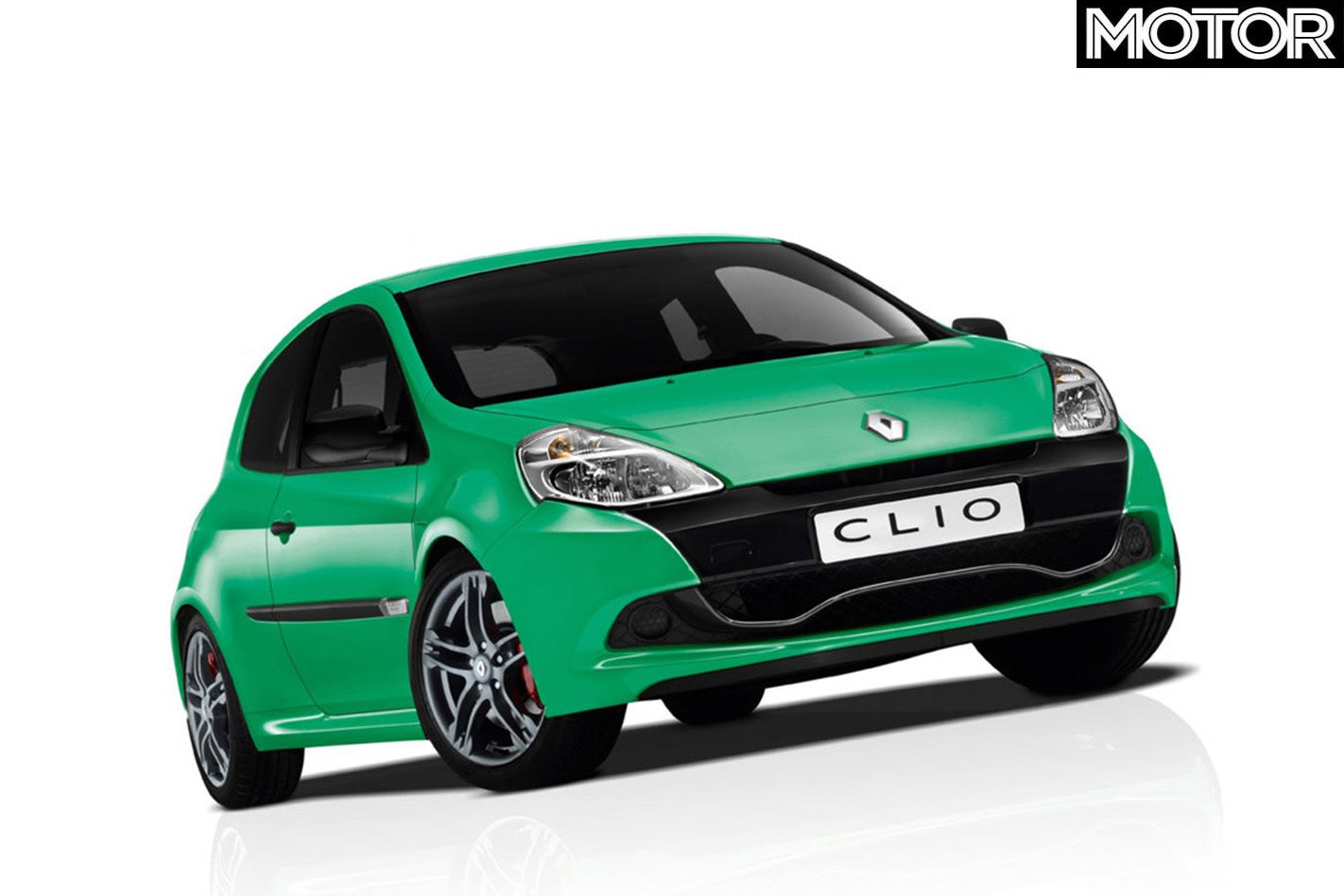 I’d spend my dosh on a Renault Clio Sport 200. But not the turbocharged one with the soggy dual clutch; we’re talking the one with two doors, a 2.0-litre atmo and a six-speed manual. It has to be built after 2010 so it gets the subtle yellow stitching on those sexy Recaro Sportster CS bucket seats, as well as the rev marker on the dash.

Then there’s the stuff underneath. Those double-axis tuned front hubs should nicely set up that revvy four for a thrash on a quiet Sunday morning along a twisty road. The 200’s broader torque curve and longer sixth gear should make the drive out easier, too.

Day to day though, I live in the inner city, so I’ll appreciate its size for parking and the relatively cheap fuel bills. Meanwhile, that diffuser and pumped front guards will help it stand out to those in the know without shouting about it. 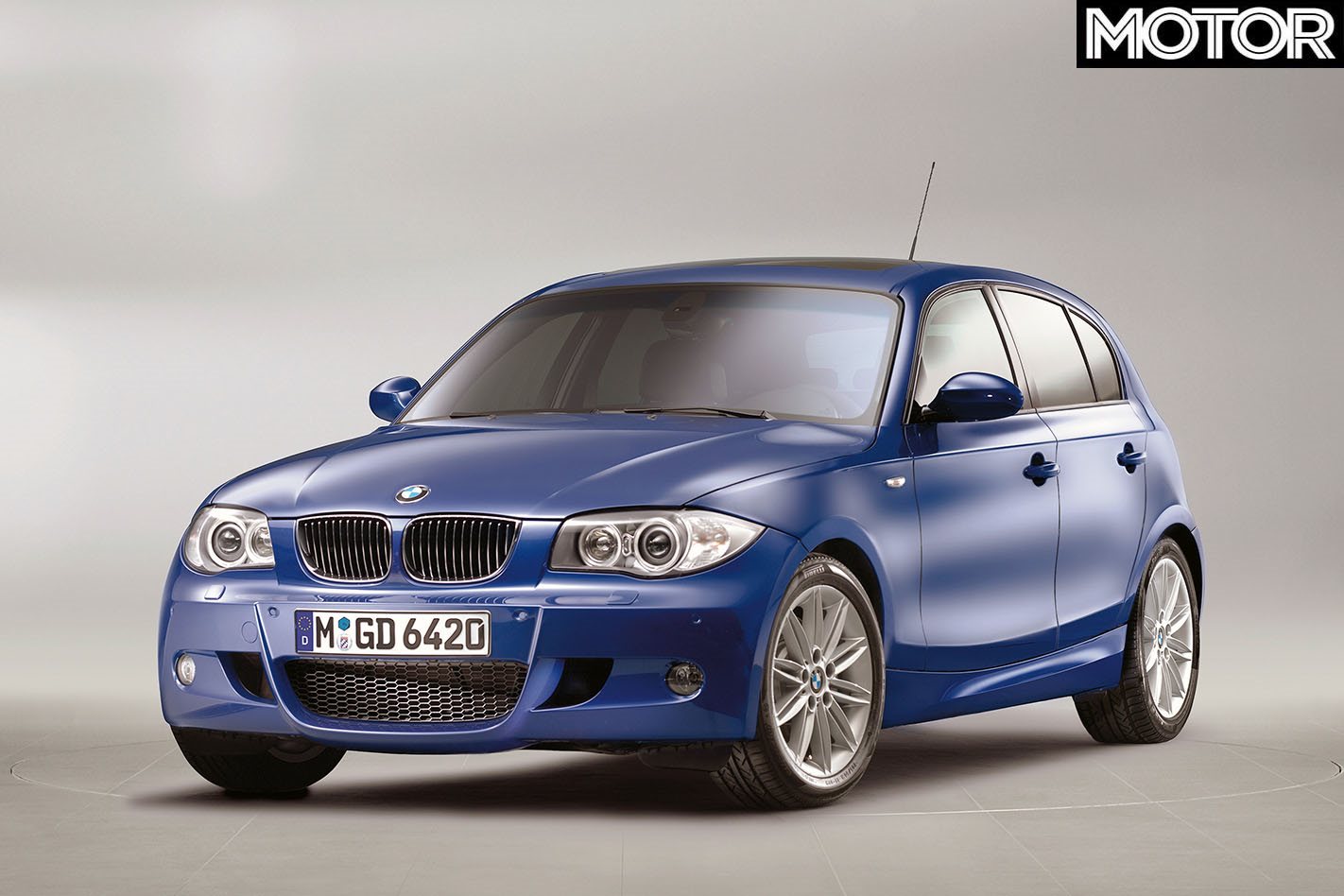 I know someone who just bought one of these, and if they’re reading this they might chuckle! But it’s quite a smart buy, really. Compact 1 Series shape, subtle but sporty looks, BMW interior that’s aged fairly well (not that I’ve ever sat in one). Then there’s the short wheelbase, the fact you can get it as a six-speed manual, and it’s rear-drive and powered by an atmo 3.0-litre straight-six with a respectable 195kW/315Nm stock.

Weighing just 1375kg, the car’s acceleration of 0-100km/h in 6.1sec is pretty good, but that, along with the engine’s personality, could be easily improved upon. They can go for about $13K, so you could spend the rest on an intake, exhaust, ECU, cams, half-decent tyres and a diff – if all those things can be had for $2K total. And a few IOUs. 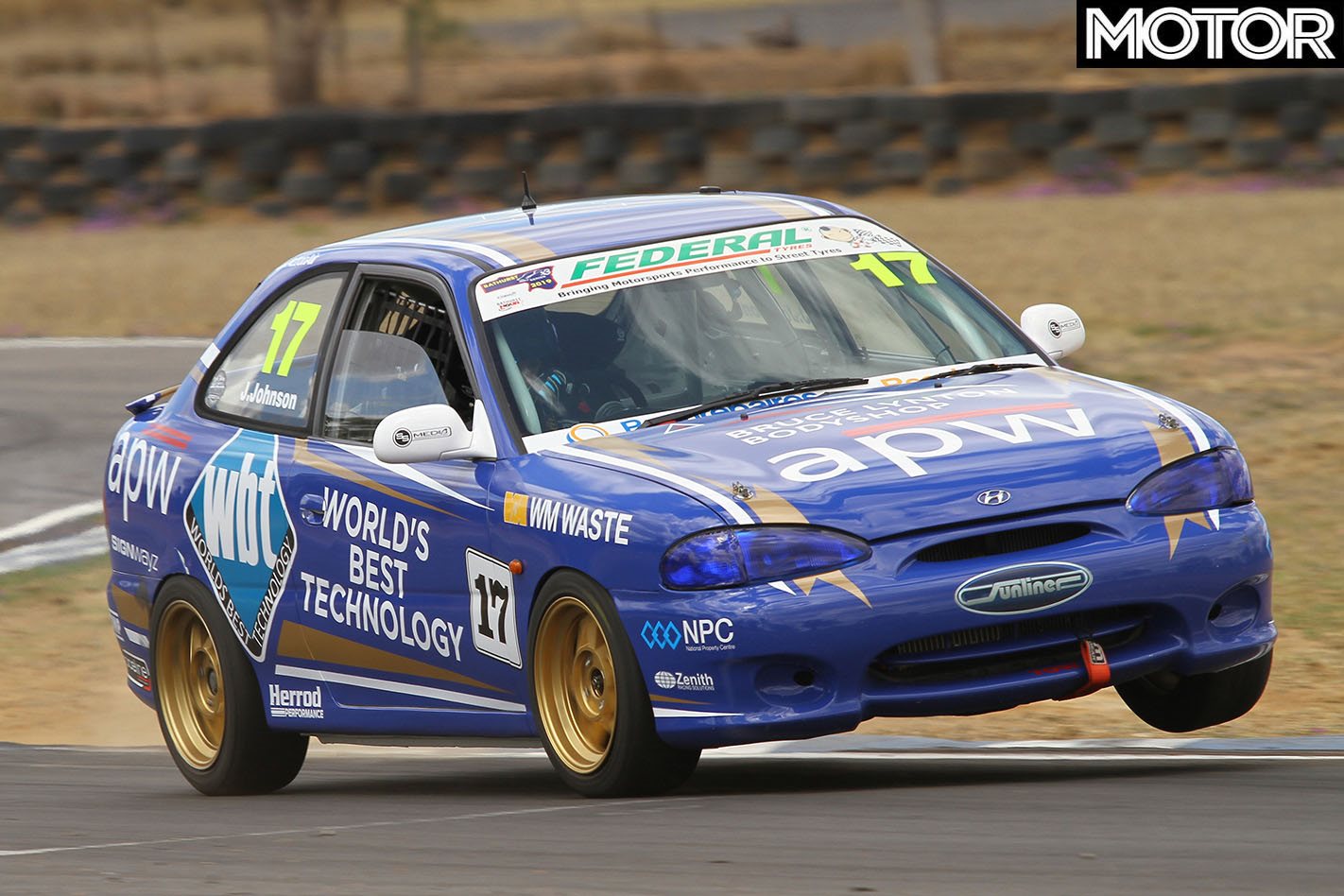 I’ll pause to let you get the laughter out of your system.

Right, with that out of the way, let me explain why everyone else has missed a trick by not picking the humble Hyundai Excel as their performance bargain. While they are trundling along observing our ever-lowering speed limits, I’ll be at the race track engaging in a slipstream battle that’d make a NASCAR driver envious.

In recent years, the Hyundai Excel has become the must-have race car in Australian motorsport, with big names like Roland Dane, Will Brown and Paul Morris all getting into the grassroots category. The racing is tight, budgets are small and grids are bulging.

Finding a donor car is the cheapest part of building an Excel racer, while ready-to-run racers range between $6000 and $28,000. Our $15,000 budget falls right in the middle of that window and is bang-on for what you’d expect to pay for a turn-key example in good condition.

See you at the next track day, chumps. 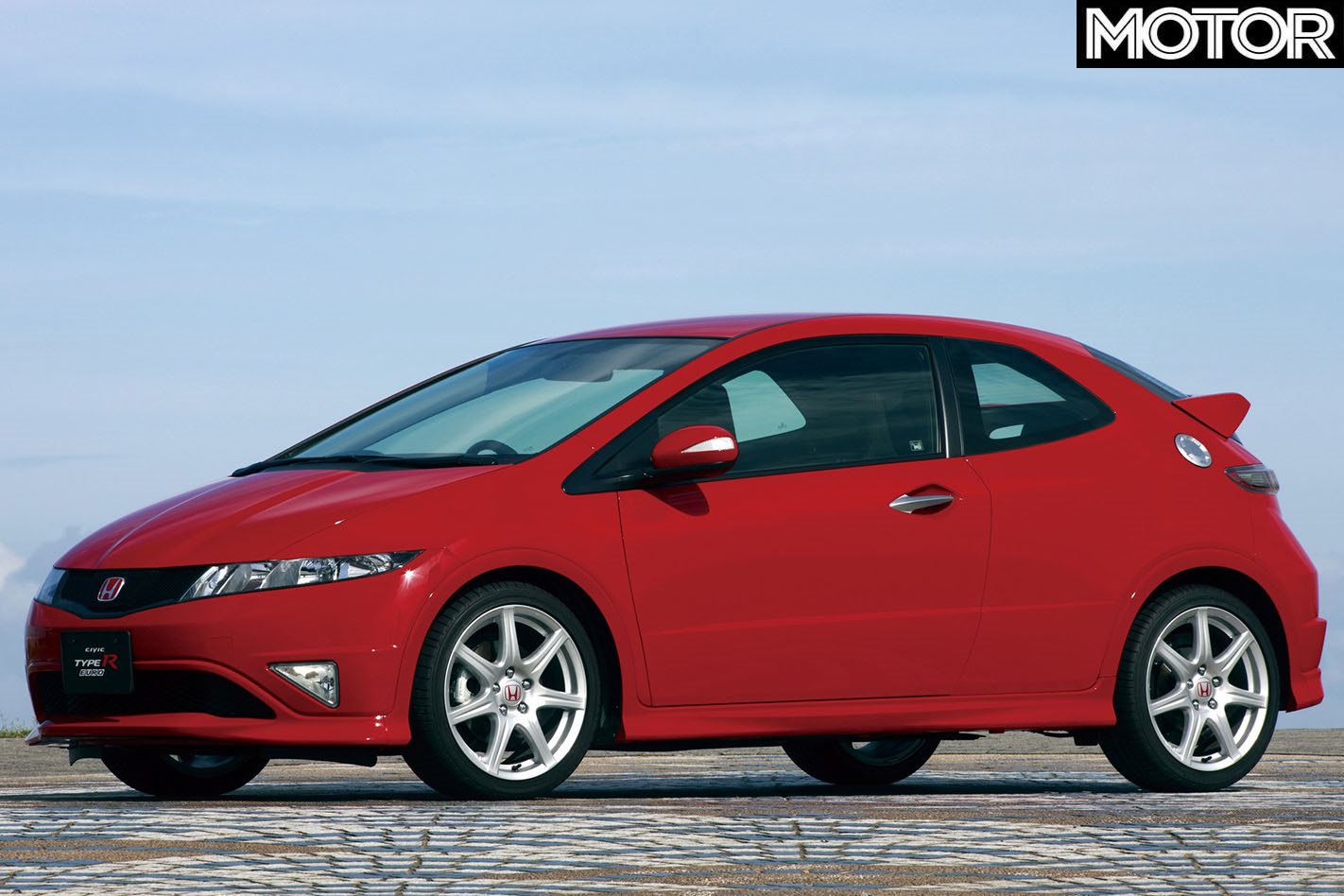 I didn’t have many nice things to say about the eighth-generation Civic Type R when it lobbed into Oz. It should have been a home-run hit, but it really wasn’t a patch on the beloved Integra Type R from the early part of the decade, nor was it even a match for the British-built EP3. The ride/handling equation was all over the shop, that rear wing intersected the rear glass perfectly badly, and it felt a bit porky, which blunted the potential of the K20 2.0-litre naturally aspirated engine.

Read next: The coolest utes of all time, chosen by us

But prices for the other two are now just out of control, and FD2s can be had for less than 10 grand. The motor is unburstable, and the change will allow me to add a set of decent coil-overs and replace the rear hatch. Because it’ll be a track hack, I’ll ditch the interior tat to save weight.

Result? What the damn thing should have been in the first place. 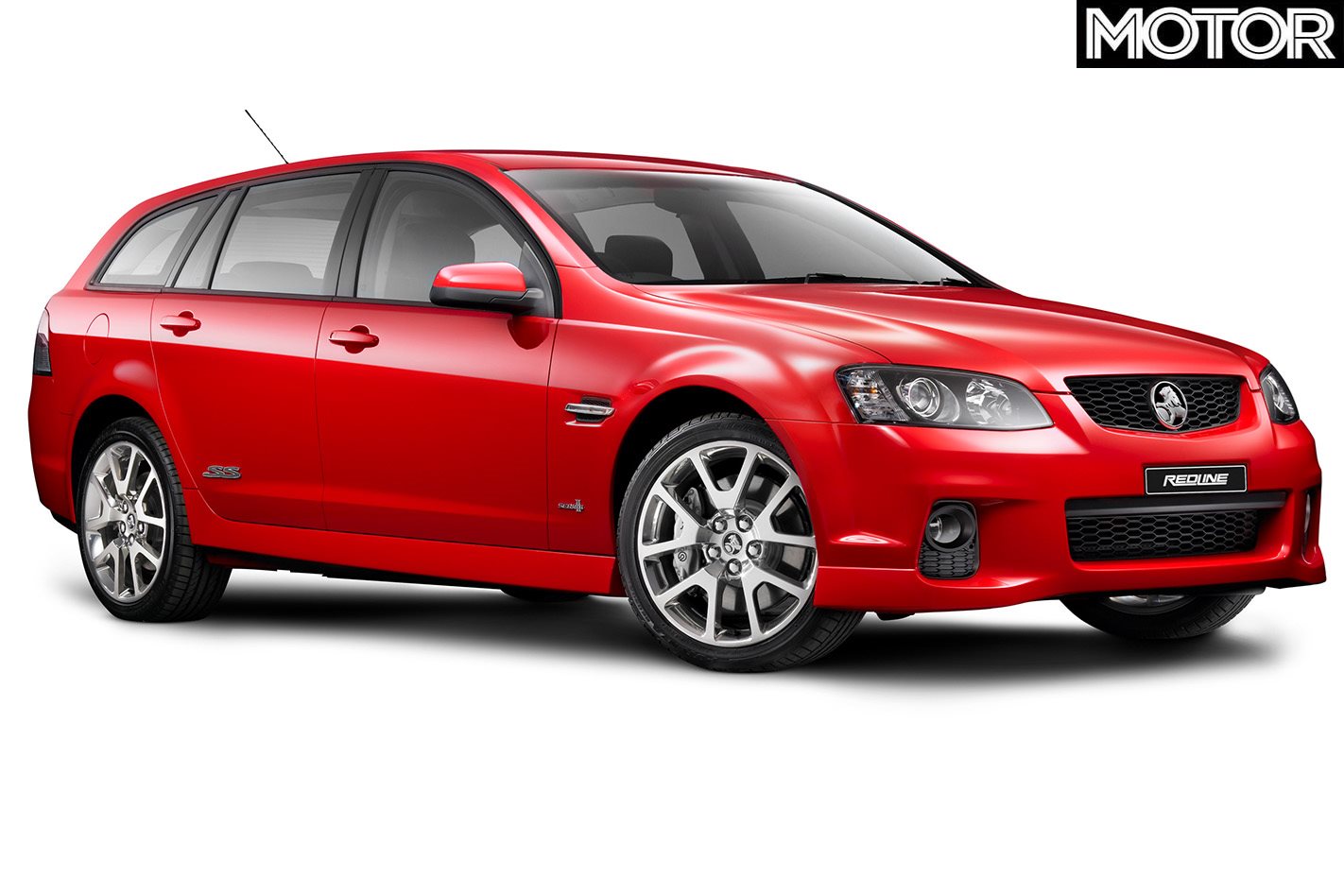 We could only find one VE II SS-V Redline available within our imaginary budget and it uses every cent, but it’s a manual, V8, rear-wheel-drive station wagon! Game, set and match.

Okay, as you’d expect as this price point, there’s a few dings, but that’s just evidence of a life well lived. This beast is right in the sweet spot: being a VE II, it’s the first of the Redline models with the FE3 suspension and Brembo brakes, but also the last Commodore wagon to use a manual gearbox, that option being discontinued for VF.

It’ll need a fruity exhaust and a re-map to really fulfil its potential, but with eight cylinders, three pedals, five seats and room for the dog, what more could you possibly need? 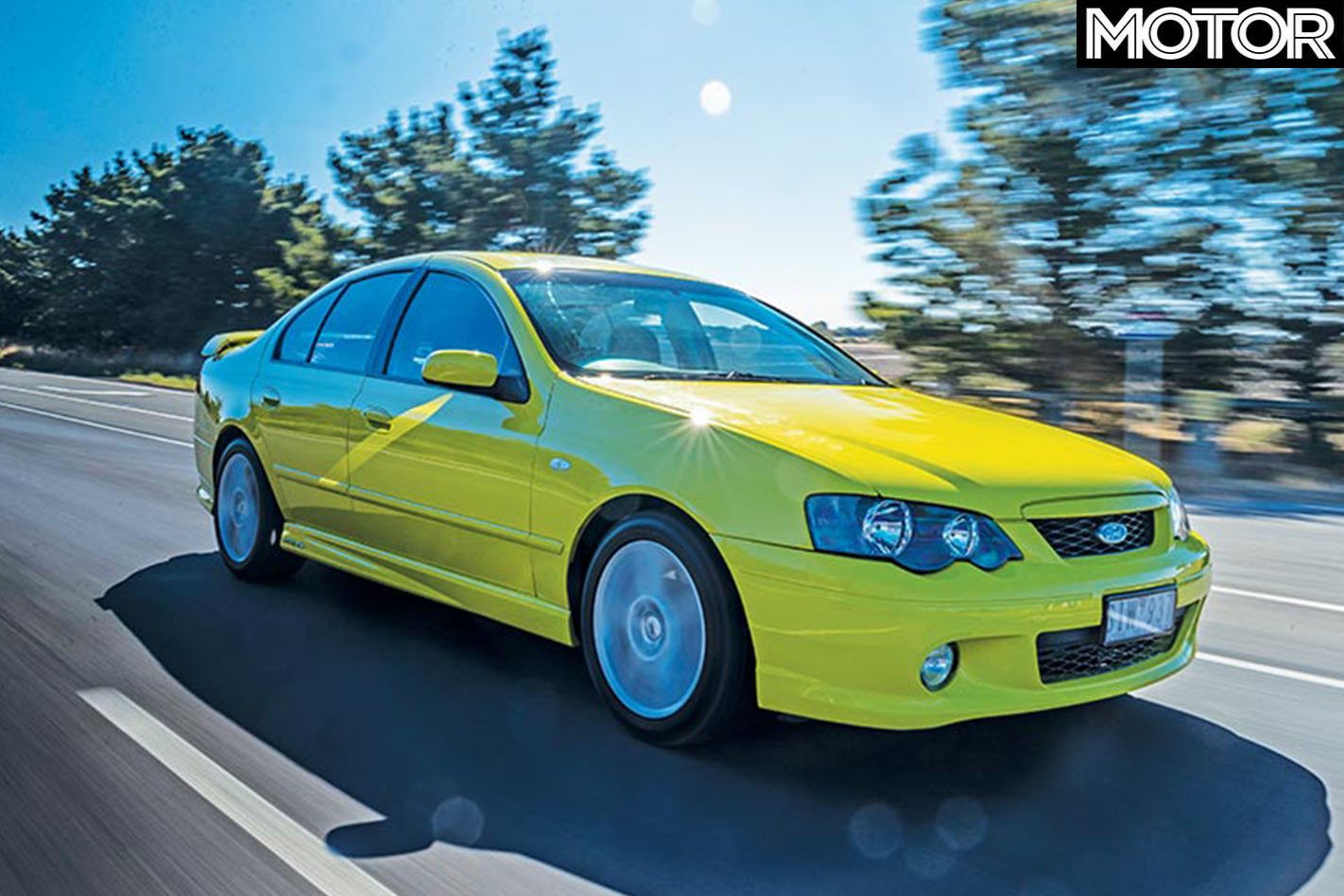 As a long-term XR6 Turbo owner, I could not go past this iconic model. Introduced in 2002, the turbo Falcon has cemented its reputation as a performance icon in Australia. The forced 4.0-litre Barra has become the motor of choice for many people seeking a powerful drivetrain that can easily provide more grunt.

A BA-BF XR6T will set you back around $8-15K, and prices seem to have climbed over the past year with fewer cars available on the market. The BA is now 18 years old, so many cars are showing signs of neglect and wear. Paint fade and brittle interior plastics are common problems, along with bulging roof linings, but if you are patient I would opt for an original, low-kilometre car that you can modify if you desire.

Cars sitting under $10K generally show substantial wear and are in need of some TLC, and BFs equipped with the ZF six-speed auto or optional six-speed manual command a premium over the BA. A custom exhaust and ECU tune can add substantial kW to your car for reasonable money, and the list of modifications available locally is endless.

My advice is to secure a car now before prices head further north. 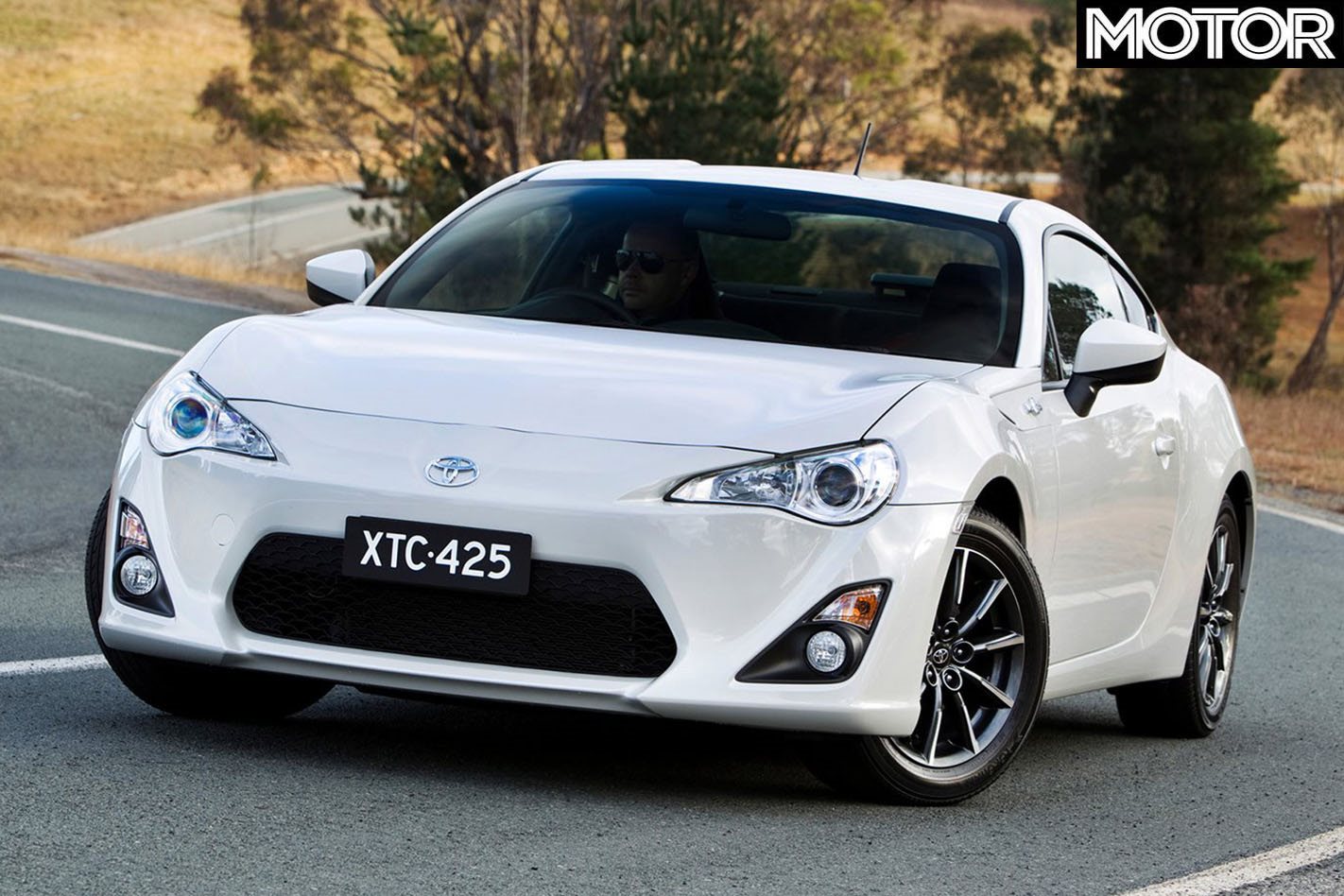 Once upon a time, I would have taken that $15K and run towards a single-turbo Skyline or something of the sort. Except $15K buys less and less in the late-model Japanese sector these days; meanwhile, the humble 86 has depreciated off a cliff and you can easily enter the market with that sort of money.

It won’t have the same street cred or win a traffic-light grand prix (trust me, I used to own one), but for the sublime modern chassis you’re getting, there really isn’t a better platform for the dollar. For every net-dwelling ‘JDM’ fan who decries the Germanic Supra or bloated Z Proto, let us remind you there exists this classical coupe.

There’s a wealth of aftermarket support out there, so invest in a decent set of hoops and some high-temp brake pads and you’ll likely learn more about driving and have as much fun as piloting anything else on this list. 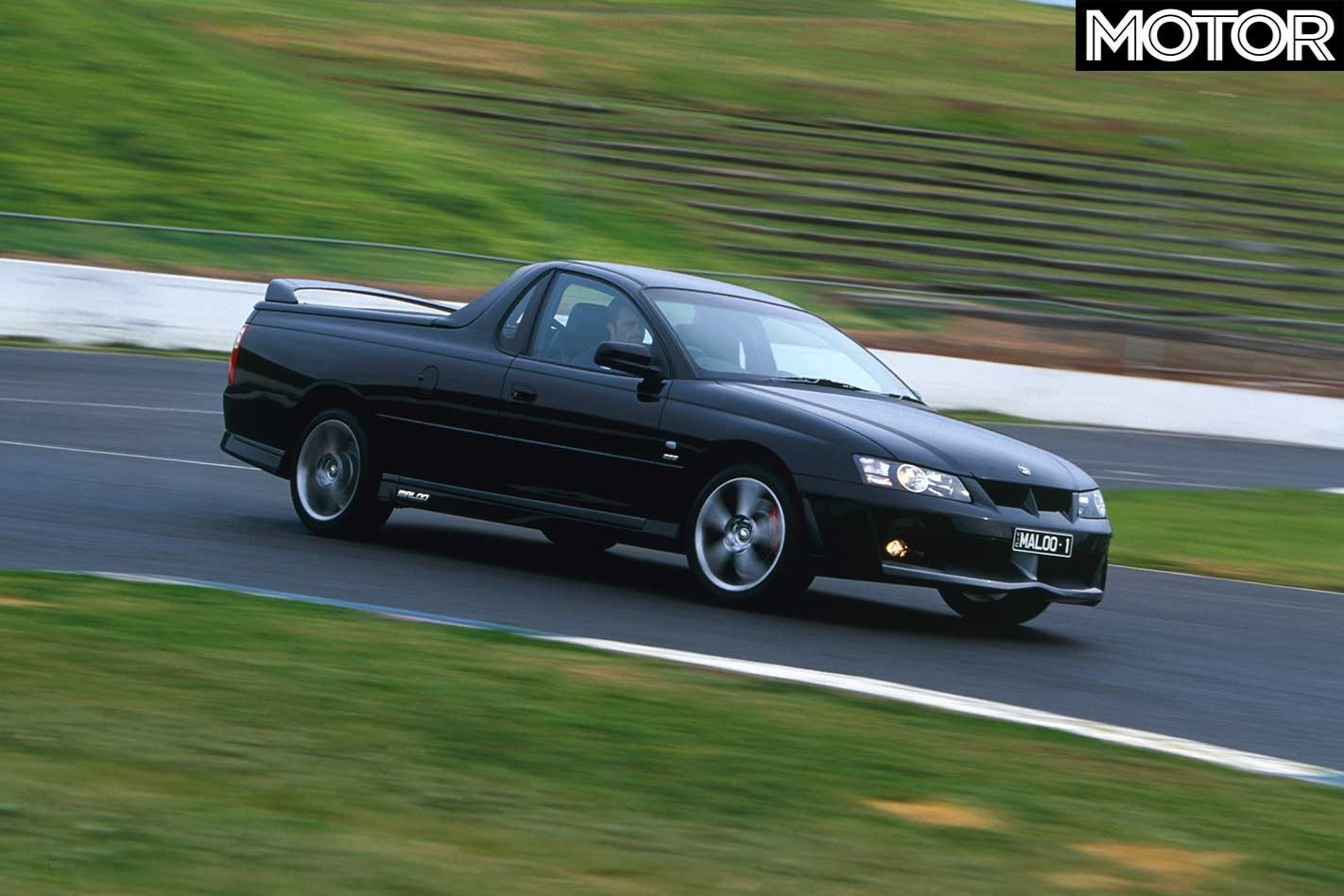 They might not have the poise or refinement of the MX-5s and Toyota 86s you’ll see on this list, but I’m here to tell you that ill-perceived tradies’ utes stuffed with powerful engines make for truly awesome and versatile performance machines – I know this because I daily drive one.

Having 250kW worth of 5.7-litre V8 and six manually selectable gears in a car that sounds awesome and goes like the clappers – and can do so with a spare gearbox and set of wheels in the back – is a seriously tasty recipe.

A tidy 2003 HSV VY Maloo in manual with 160,000km on the clock is currently on Carsales for the top end of the $15,000 budget. Failing that, enough hunting around should see you score a Holden VU-VZ SS ute for $10-$15K – or the equivalent Ford variant in XR6 Turbo or XR8 guise, if that’s your poison. 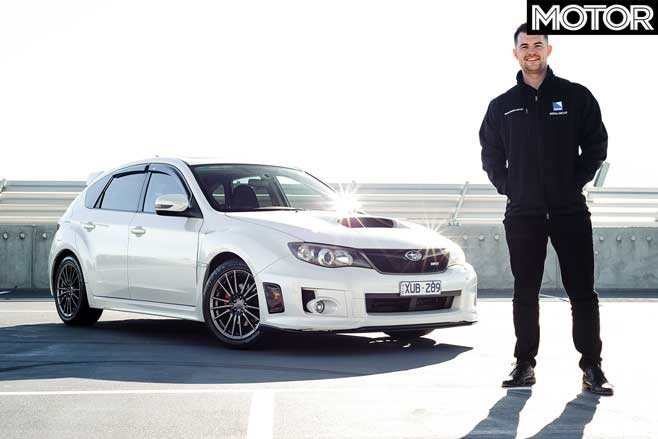 For me, the wide-body WRX G3 hatch (MY10-12) combines the perfect balance between cost, performance and, of course, a slight hint of obnoxiousness. The tech is by no means state-of-the-art by today’s standards but still provides a thrill anywhere over 3000rpm.

Maintenance is important; these cars will throw big-end bearings if they don’t get new oil regularly – ideally every 5000km. The 2.5-litre engine is not as strong (and therefore not as tuneable) as the old 2.0-litre STi motor, but it’s fine if you don’t go beyond 200kW at the wheels.

I own and prefer the hatch over the sedan, both for its superior looks and its practicality – with the rear seats folded down, you’ll have ample room for a trip to the snow.

You’ll only find high-mileage examples for this sort of money, but if you come across one that is obviously well-cared for and has good service records, I say go for it. You won’t break records or take down AMGs in a WRX G3 hatch, but the value is undeniable.