HE’S THE front-row forward who barged all the way onto the grid at the Indianapolis 500, along the way building a major motorsport media agency and establishing friendships with pretty much everyone who’s anyone in motor racing, both here and in the US.

In the 50 years since his birth in Albury, NSW – also where he was selected to play for Australia in American football – Brett ‘Crusher’ Murray has led the sort of life that would make a great book. Which, of course, he’s just written, and called it Crusher: You Just Can’t Make That S#^! Up.

Murray has never lacked mental strength, motivation or business smarts. “I come from a working-class family – my dad worked for Borg-Warner, making transmissions. The best thing my mum and dad gave me was knowing that if I went and had a crack at something and it didn’t work out, there was a roof over my head.

“My first business venture was selling fireworks illegally at school. I got caught and that was that, but I’d made good money. Then I ran an SP book at school. I got top marks in Year 10 because a teacher owed me money, so that wasn’t a bad result.” 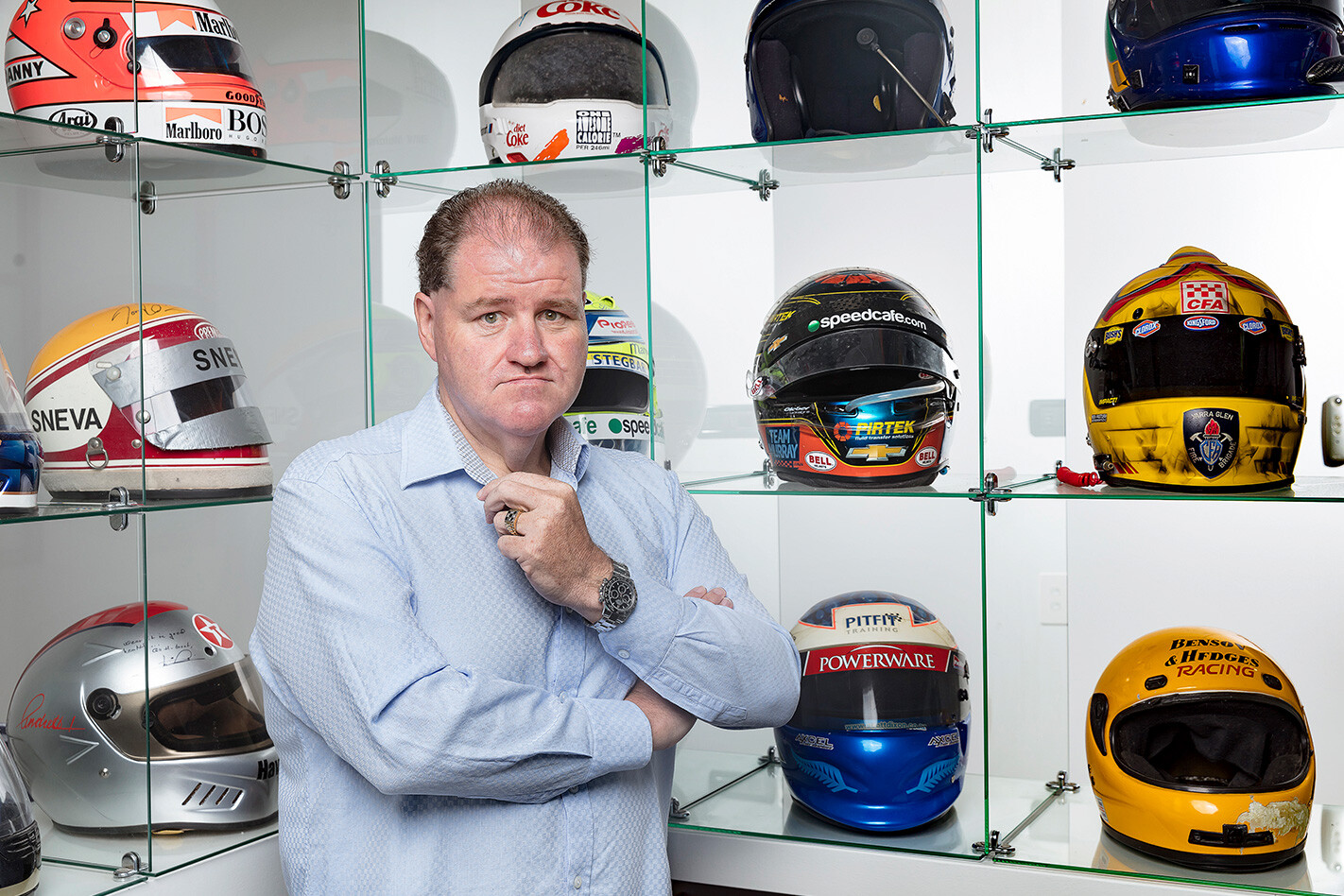 Being from the border of NSW and Victoria, Murray played Aussie Rules, Rugby League and Rugby Union – “and cricket in the summer.”

At 16 he left school for a newspaper gig as a cadet sports journalist, but the footy continued and at 19, Murray was selected for the Kookaburras national gridiron team. “I toured the US and Europe; I got offered a US college scholarship, but declined it because I’d just been made Sports Editor of the Border Mail in Albury, at 19. One of my knees was bunged up, anyway, so I thought that was the better option.”

In 1989, he relocated to Queensland with a gig on the Gold Coast Bulletin. His report on that year’s Sandown 500 caught the eye of Tony Longhurst, who invited Murray to accompany his Ford Sierra team to Bathurst. “I saw a niche in the market in PR there … [over the next few years] I sort-of created a bit of PR stuff on the side and in 1992 I started out on my own.” 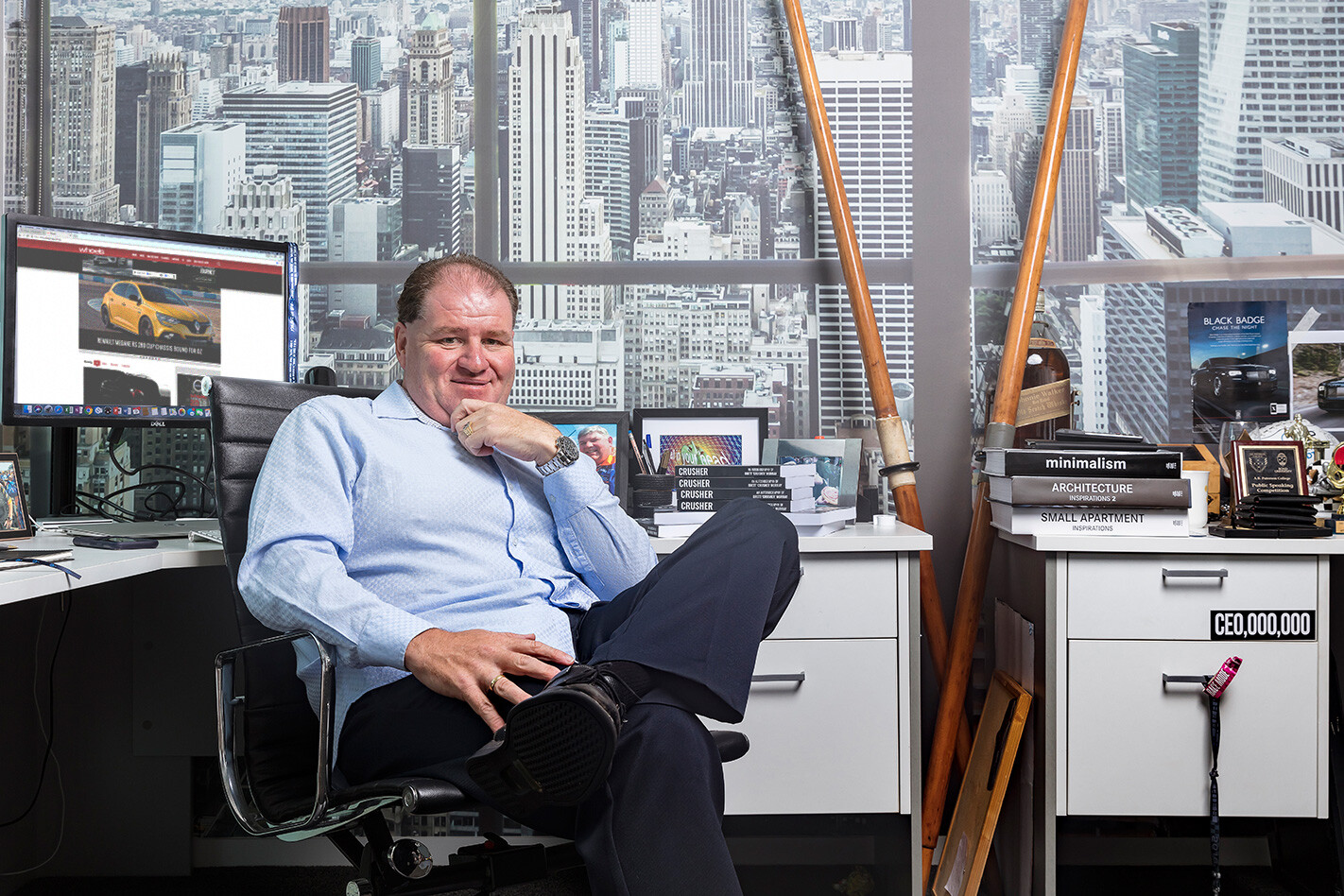 Thus began BAM Media (from his initials, Brett Allen Murray). Murray’s location on the Gold Coast put him in the neighbourhood of several tin-top teams and drivers – and of the Gold Coast Indy race, which had begun in 1991. He became a key figure in promoting the event, “and at the end of ’99, I was headhunted by Bruce McCaw of PacWest, so I went and worked in the US in 2000. We had Mark Blundell and Mauricio Gugelmin. And then we had Scott Dixon and a young guy called Tony Renna, who was later killed in Indy Lights.”

With his mix of dry humour and hard-nosed professionalism, Murray has always won friendships and respect around the paddocks, but he admits: “I don’t get close to too many of them, because you’re always a bit wary of when it does go wrong …” The loss of Indy drivers Renna and Greg Moore, and local Gregg Hansford, were all close to home.

Marcos Ambrose’s NASCAR venture prompted Murray to set up a branch of his business in the US. While things at home were going great – Murray represented Stone Bros Racing through its 2003-’05 hat-trick of championships with Ambrose (2003-’04) and Russell Ingall – there was one overarching ambition that Murray yearned to satisfy: to
race at the Indianapolis 500.

He achieved that dream in 2016, with Pirtek-backed Team Murray fielding driver Matt Brabham, who ran as high as 14th before finishing 22nd.

“The 500, the Indianapolis Speedway is the Mecca to me,” says Murray.

“I’m not necessarily a motorsports fan. I know that sounds weird. I’m a fan of the business, the people, the stories – at the end of the day, I’m a storyteller.”