Hit-and-giggle takes on a whole new meaning as 24 Australian sporting and media personalities take on Mt Panorama in a one-off Supercars Series race.

Although there is a distinct lack of female representation in the event, the event is a sensible extension of the iRacing-based online series that Supercars is using to connect with its fans during COVID-19 restrictions.

AFL players Jack Viney and Jarman Impey were early starters but have been forced to withdraw late due to their sport’s COVID-19 protocols imposed, although Richmond premiership winner Jack Riewoldt will still take part.

Riewoldt will use the #8 attached to him at the Tigers on a Ford Mustang with Balls & Bumpers branding – the name of the podcast he co-hosts with Supercars champion Scott McLaughlin.

MORE So... what IS iRacing?

Supercars commentator and former racer Neil Crompton will swap liveries, using the classic 2002 Green-Eyed Monster (below) in the opening race of the night before switching to a 1995 Coke Commodore design. 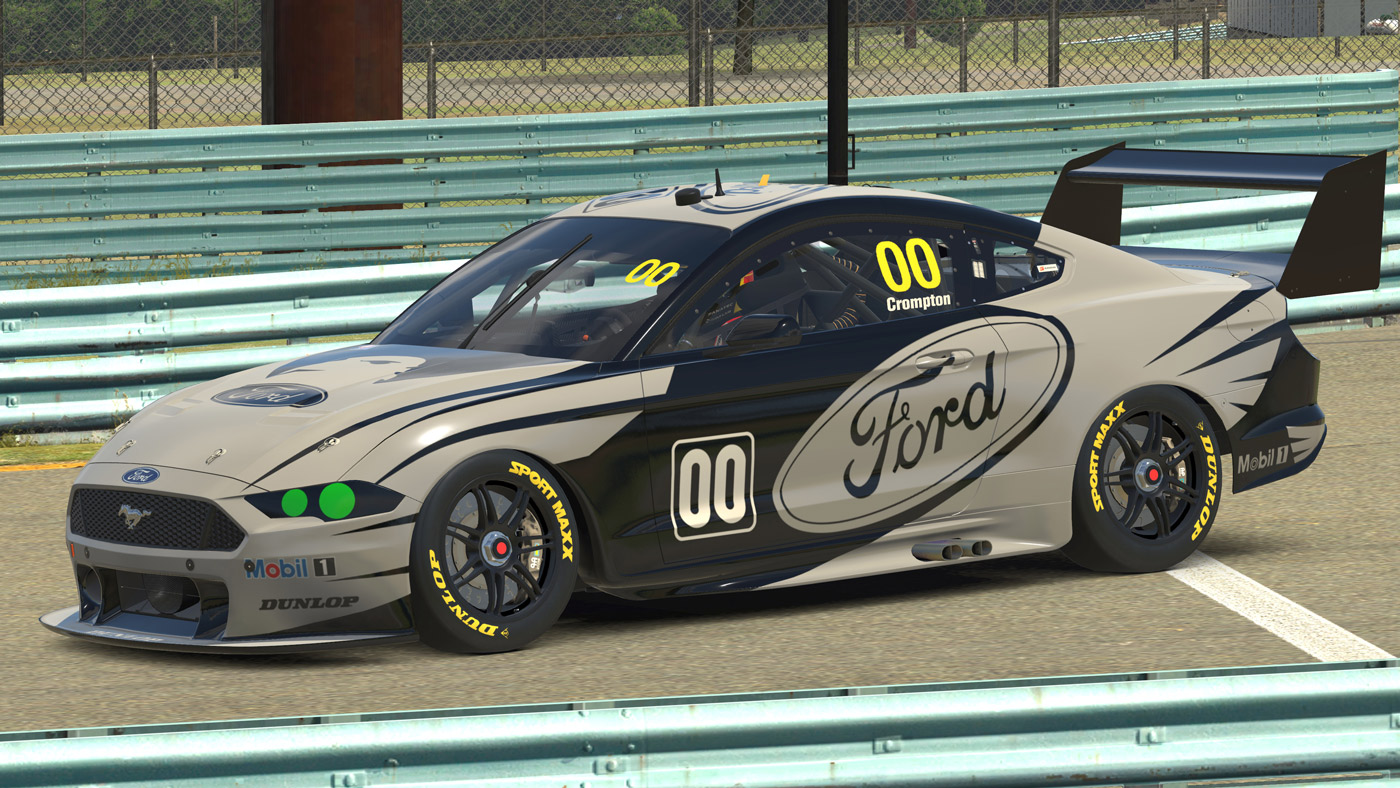 Among other liveries on show will be a BP Ultimate design for former Bathurst winner Steven Richards, a #51 All Blacks Mustang for Kiwi ace Greg Murphy, PIRTEK colours for former NRL star Nathan Hindmarsh and Adelaide Strikers colours for veteran cricketer Peter Siddle.

MORE Supercars resumes next month in front of empty stands

It's not just the athletes - McLaren Racing chief Zak Brown will join the fray, while surfing legend Luke Egan and A-League footballist Daniel Bowles (below) will also sign into the iRacing-hosted event. 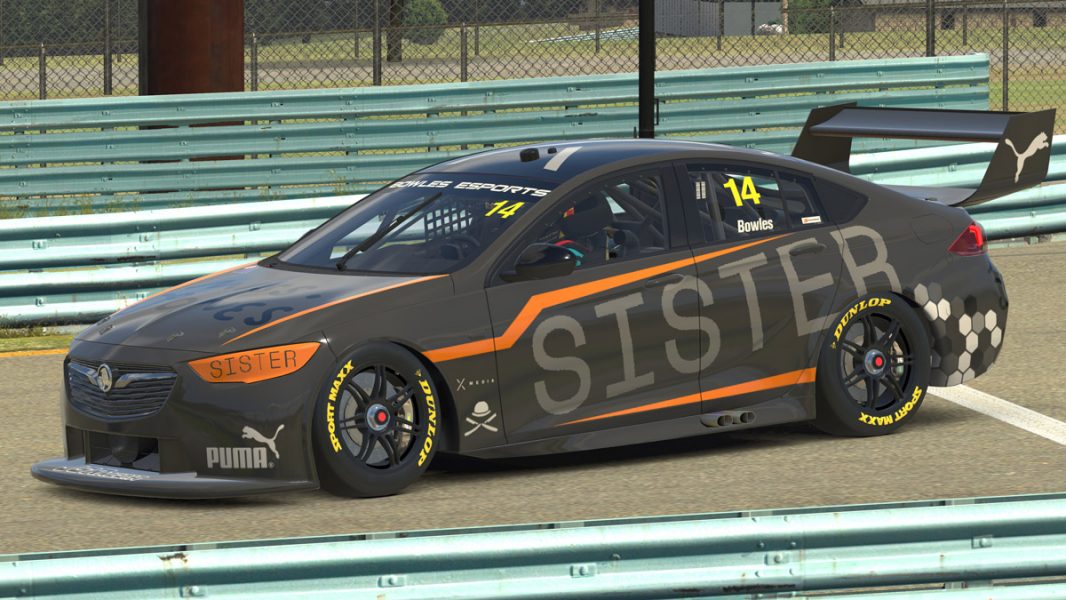 MORE These are the five coolest cars on iRacing

“Being part of the All Stars Eseries was an eye-opener, so looking forward to getting back to a track I know really well which is Bathurst,” Lowndes told Supercars.

“Racing against some old names I’ve had some great battles with, Neil Crompton being one of them.

No caption could ever do this race start justice 😲 #VASC pic.twitter.com/1vOLyXBkzI

“He was my teammate at one stage there, so looking forward to that.

“Mick Doohan and a few others like Toby Price, they’re completely out of their comfort zone, for me this is definitely out of my comfort zone so really looking forward to the challenge."

Five-time Bathurst 1000 winner Richards will be another lining up for his sim racing debut.

Richards and Lowndes won the Supercheap Auto Bathurst 1000 together as co-drivers in 2015 and 2018 (below). 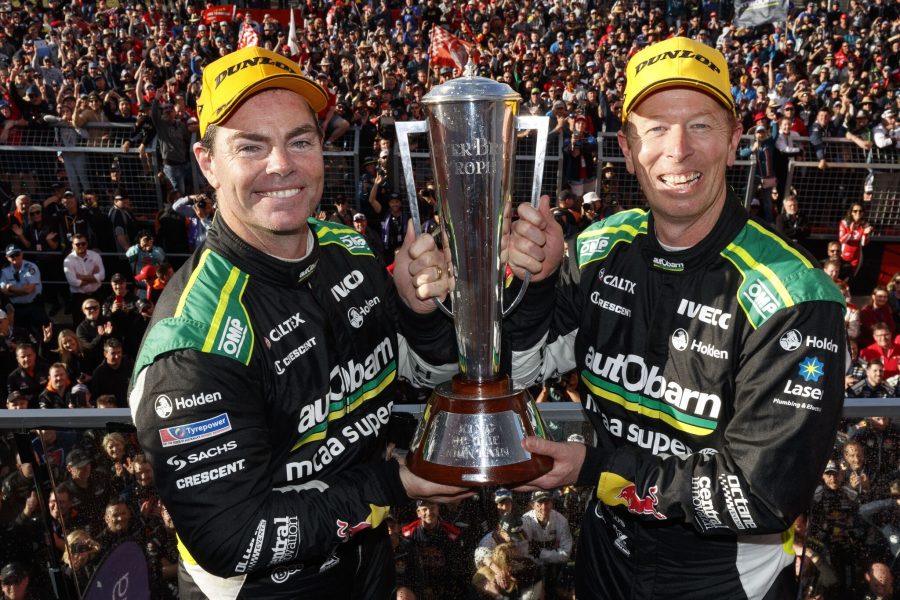 MotoX and SuperX Champion Chad Reed will compete from his home in the US, while Australian Olympic gold medalist sailor Tom Slingsby and Olympic silver medalist snowboarder Jarryd Hughes will join the grid.

Olympic silver and Commonwealth gold medalist John Steffensen will be hoping his experience in the Porsche Carrera Cup helps him at Mount Panorama in the virtual race.

MORE Want a sim rig? You're out of luck

A second All Blacks Rugby representative, Codie Taylor, will log in from New Zealand.

UK-based DJ Carl Cox, who performed at the 2019 Vodafone Gold Coast 600, will join in a Tickford Mustang, along with Matt de Groot from the popular Fitzy and Wippa Nova FM breakfast show.

Monday’s Celebrity Supercars Erace at Bathurst will begin at 7pm on Monday May 18.

The case for drum brakes on EVs