Nothing says ‘time for a brake upgrade’ MORE THAN a near metal-on-metal incident.

Smack bang in the middle of NSW’s Kings Highway (B52) is Clyde Mountain, which forces road travellers down a slow, steep and winding descent.

On the left, passengers are faced with a sheer rock face through which the road has been carved; on the right, the driver is separated from a frighteningly steep valley of eucalypts and towering tree ferns by a narrow car lane. With a series of switchbacks and safety ramps, this route requires a steady hand at the wheel and a decent set of brakes.

However, the last time we navigated the route we were in a fully loaded Hilux that was pulling a camper trailer, and we found ourselves bearing down on a learner driver on a blind corner who was travelling well below the speed limit. With no safety ramp in sight, our options were limited: run into the slow-moving family sedan; use the cliff wall as a secondary brake; veer into oncoming traffic; or emergency brake… hard. We opted to sacrifice the brakes. We achieved a safe outcome, but it didn’t take long to realise the result of our evasive action was overheated brakes.

The first sign was that several of our wheel-nut indicators had melted; the second warning was the perceptible brake shudder that ensued once they’d cooled. We could simply machine them down, but, after having served us for more than 200,000km, we opted to treat the Hilux to a brake upgrade. 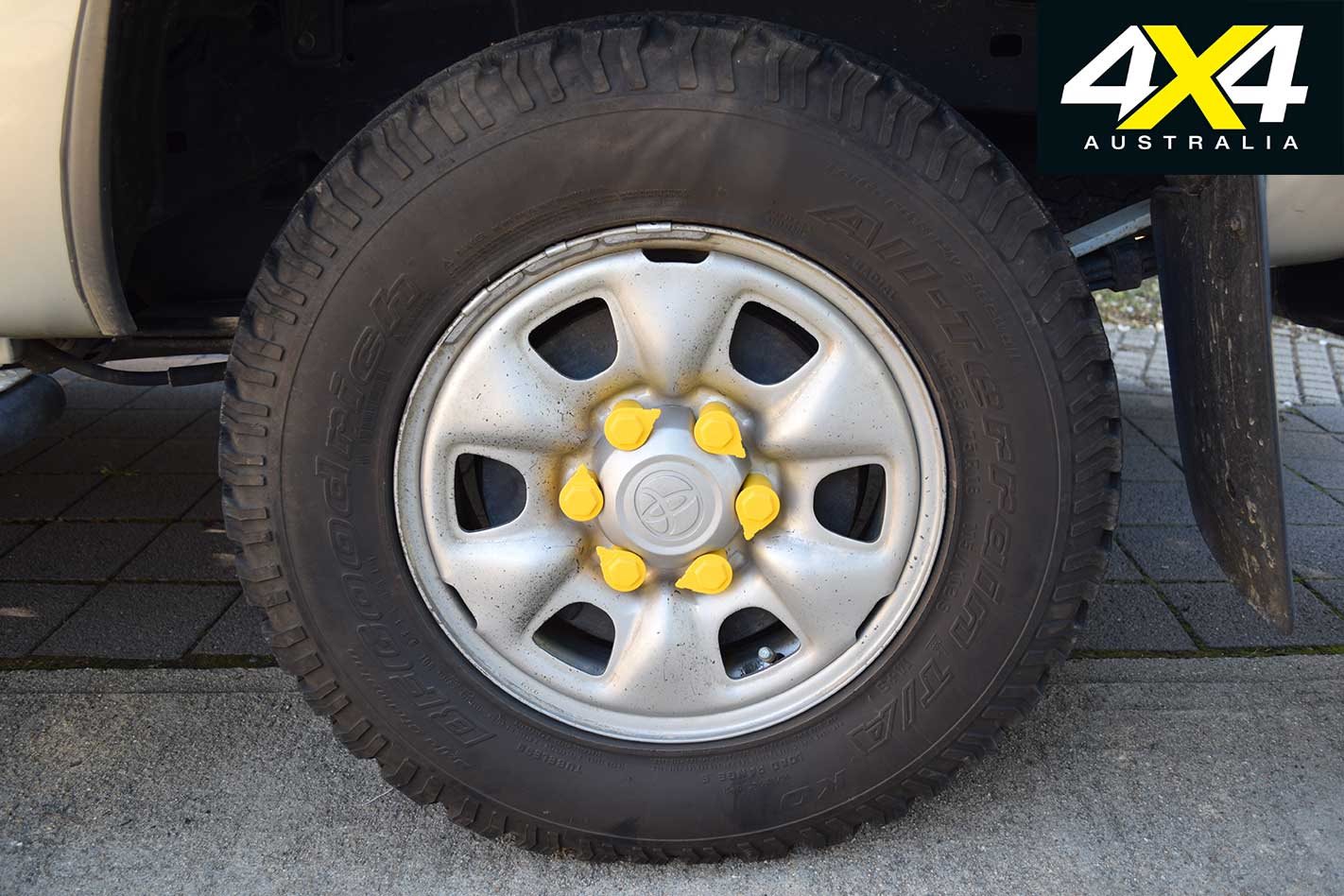 In circumstances like these we usually find a conversation with mates is a recipe for success. So, we dropped in on a few mechanics and rally driver mates – we all know that competitive drivers abuse their brakes. Their advice was consistent and, first up, we were told to get some Bendix 4WD/SUV brake pads. Then they told us to partner the brake pads with some Disc Brakes Australia (DBA) 4x4 survival slotted rotors for the front, and then finish it all off by upgrading the rear drums to discs.

Happy that we were getting the same advice from different quarters, we figured that, before we parted with our hard-earned cash, it was important to find out why everyone seemed to be reading from the same brake boffins’ storybook. The answers were pretty compelling. 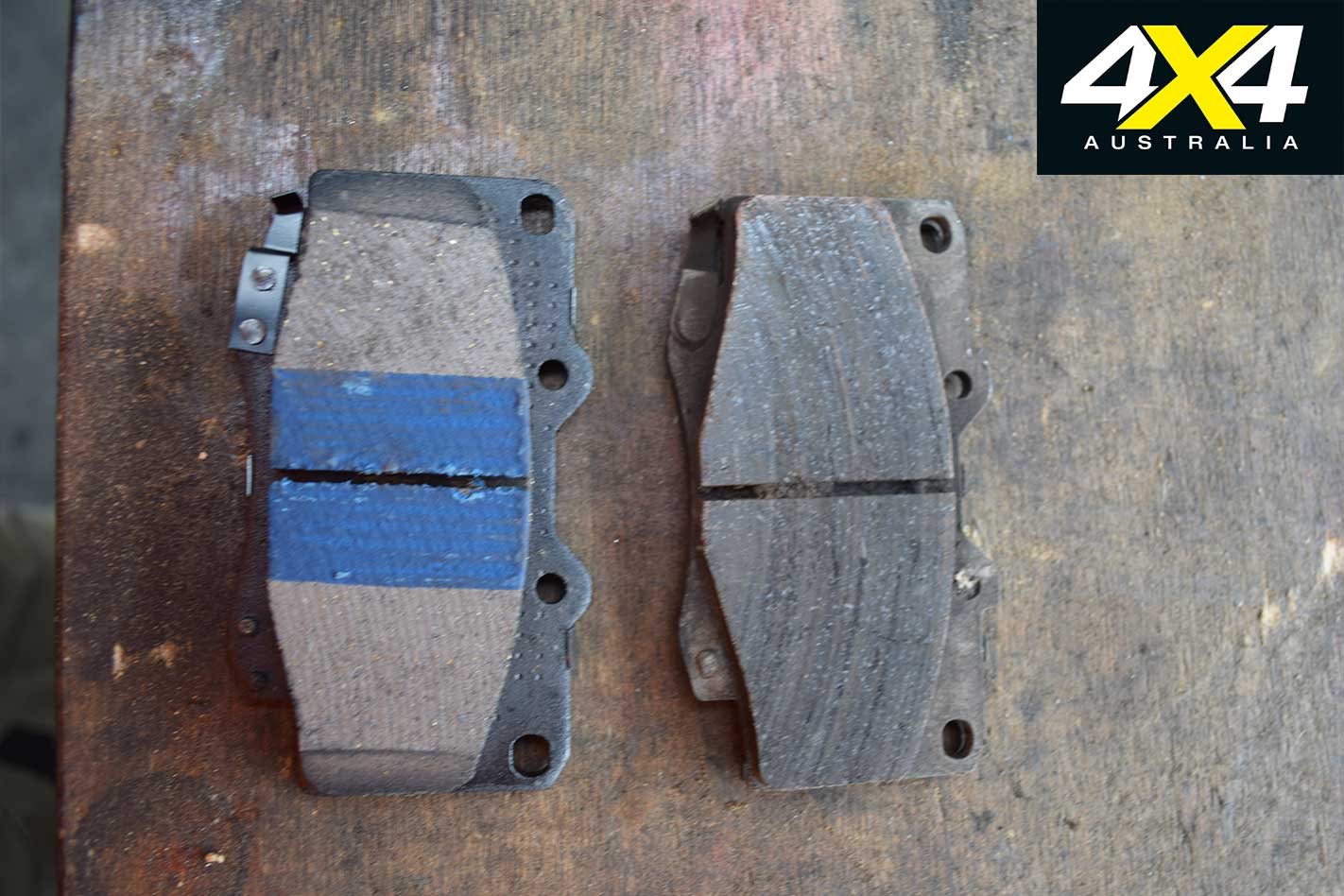 The benefits of Bendix 4WD/SUV brake pads centre on performance and endurance. Our mates reckon Bendix are top-notch for their effectiveness, and we’re assured that, with no bedding-in required, they’ll withstand the heat build-up caused by frequent braking during city driving, as well as the demands of towing and off-roading.

As testimony to the strength of Bendix, none of our gravel-pounding buddies had seen these brakes fail. While the technical explanations for the brakes’ high performance started getting a bit deep, it’s got to do with innovations in technology and new friction materials that Bendix accesses by virtue of its affiliations with Honeywell, one of the world’s largest aerospace companies. Now, we’re not rocket scientists, but it did sound reassuring.

When it comes to stopping power, there’s no one size fits all. Brake pads need to be mated with compatible rotors, and we were pleased to find that Bendix brakes match well with DBA’s 4x4 Survival series slotted rotors.

Slotted rotors have increased cooling capacity than most OME, which gives them an edge in situations where hard braking is likely to occur in short bursts. 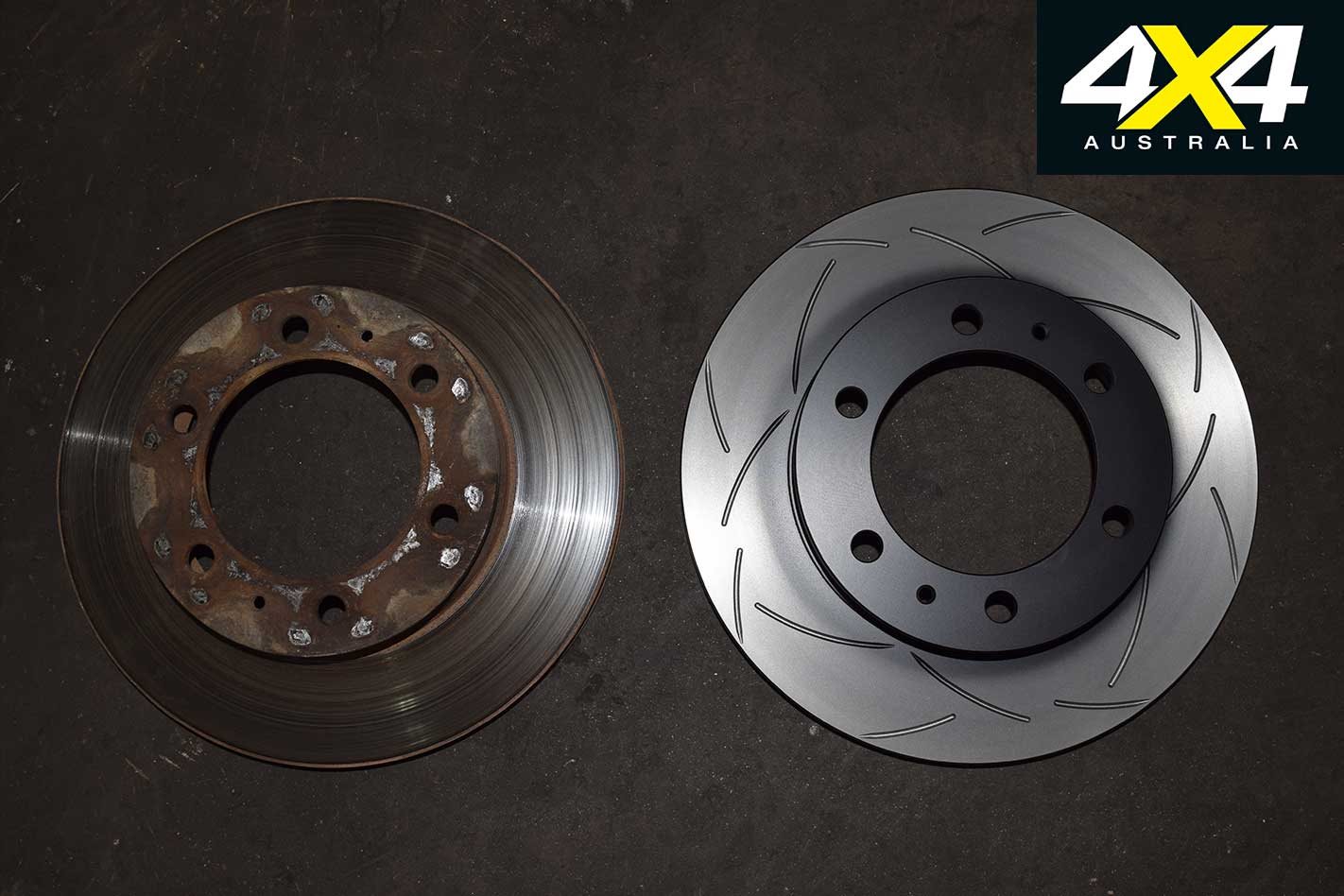 The major advantage of DBA rotors is the ability to absorb and dissipate heat more evenly, and to sustain higher temperatures for longer than their competitors. The strength of the DBA rotors derives, in part, from a ‘kangaroo paw’ rotor ventilation system designed and manufactured in Australia. This design consists of 144 diamond- and teardrop-shaped pillars and columns spaced between the rotor surfaces, which assist to dissipate heat and increase the rotors’ capacity to resist warping.

According to the marketing spiel, these rotors are up to 20 per cent cooler than straight-vane rotors. A quirk of the design is that it mimics the paw print of the kangaroo – hence the name.

The curved slots in DBA rotors dampen vibration, which promises to reduce noise and provide a smoother braking experience. There are also more exit points for the slots to release the gases created by braking, which enhances pad-to-rotor friction. In short, DBA slotted rotors promise high performance in continuous heavy braking situations such as driving down a mountain or when towing – exactly what we were looking for. 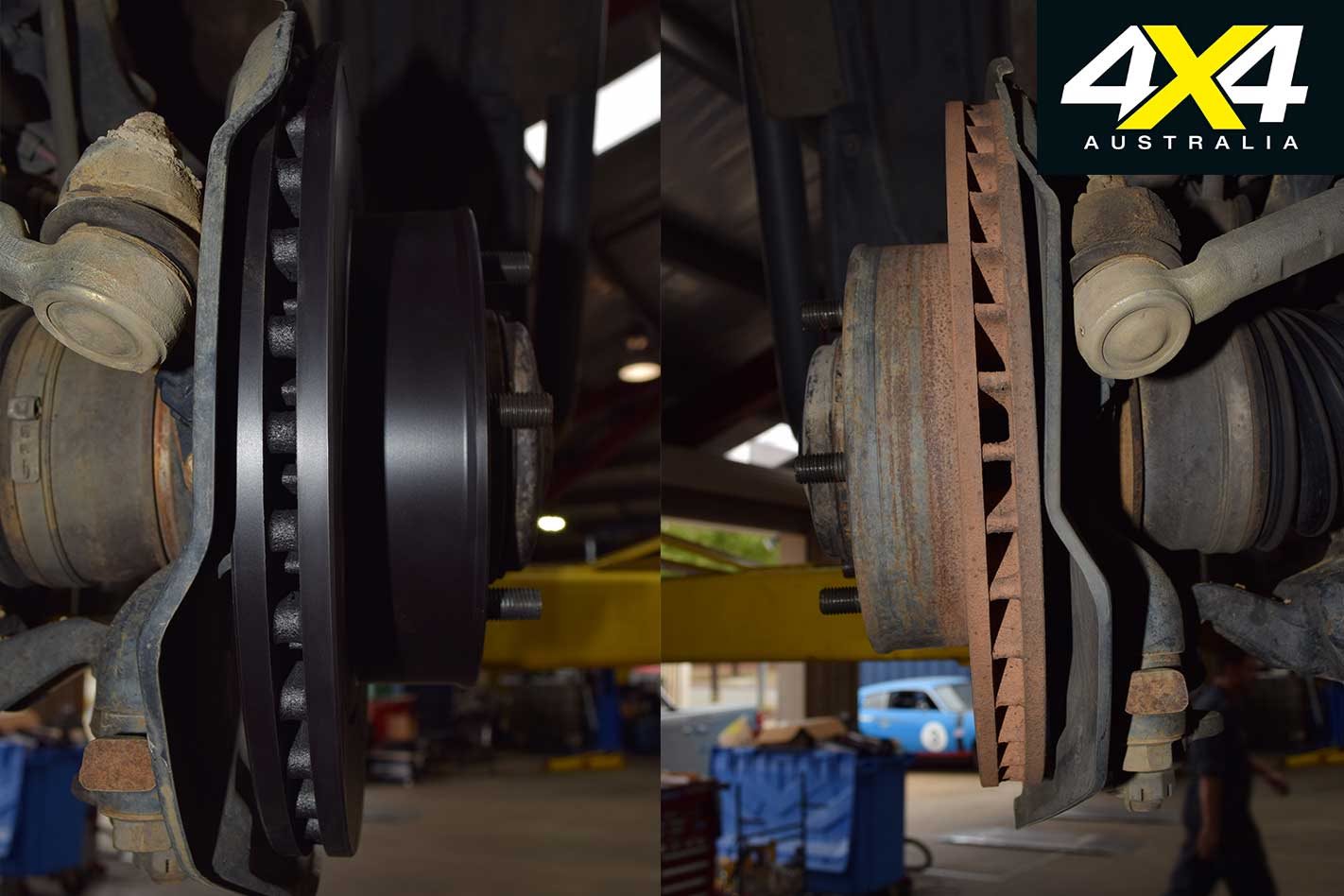 After a bit of sniffing around, we found DBA’s 4x4 Survival series of rotors come in two models: the entry-level T2 slot design is targeted towards the daily driver who fancies a bit of towing and off-road action on the side; and the more advanced T3 slot design is for serious off-road or heavy towing applications.

What makes them different? For one, the two models have different slot designs. And, when we talked to DBA, we learned the T3 series is also heat-treated differently in manufacture to contend with the pressures of excess heat associated with heavy braking in motorsport, or when dealing with loaded vehicles such as four-wheel drive tourers.

On balance, we were recommended the T2 as our best option. Now we just had to order the Bendix brakes and DBA rotors.

Once fitted, we tested our new brakes in a range of conditions: unloaded, part-loaded and fully loaded and, regardless of the circumstance, the upgrade clearly resulted in more powerful braking. Combined with the REDARC Tow-Pro Classic Electric Brake Controller, our rig with camper trailer attached was stopping in half the distance we’d previously achieved, which was seriously impressive.

How to install an electric brake controller guide 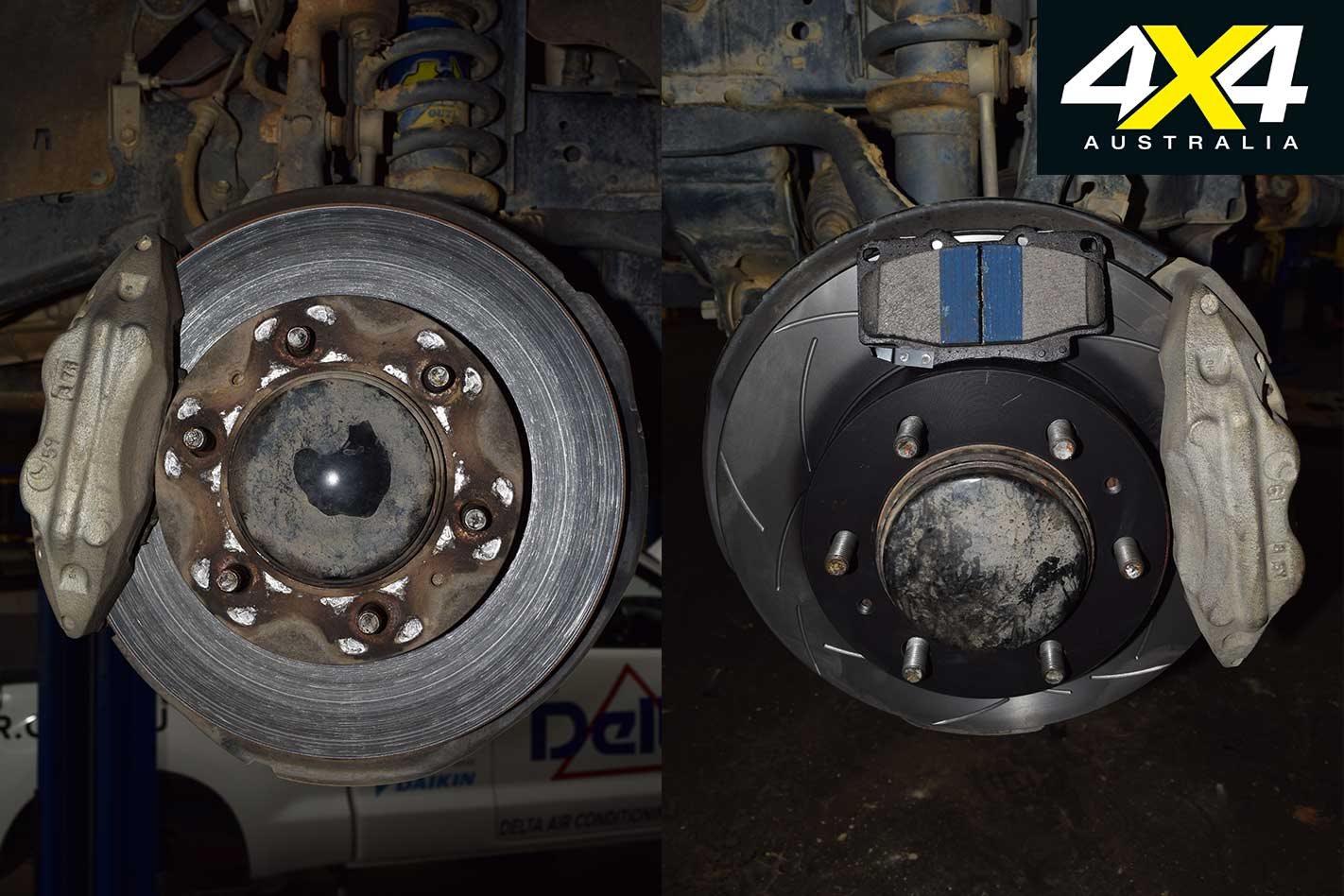 Our co-driver, who deals with her fair share of dicey drivers on the morning commute, reckons the new brake set-up has already saved her bacon – having been cut-off just a few days after the upgrade, the renewed stopping power saved her from a potentially expensive metal-on-metal incident.

Confident in the new set-up, we set off on an 8000km trip from the Murray Mallee to the Cape and a return along the eastern seaboard, with a few side-trips thrown in. We’ve also hit the B52, including the Clyde Mountain, to enjoy a few weekends fishing by the beach. And, you know what? There’s been no sign of distorted or melted wheel-nut indicators.

The Bendix-DBA combo has our crew’s seal of approval, and we’ll be running with this set-up for a while to come. Now… maybe it’s time to talk to the mob from DBA about a rear brake upgrade so we can be rid of those notoriously bad Toyota rear drums. 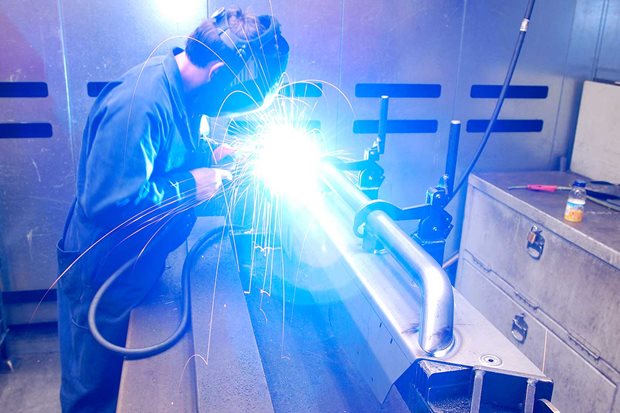 We look at what’s involved to achieve 'ADR Compliant' certification and why you should always buy compliance-tested gear. 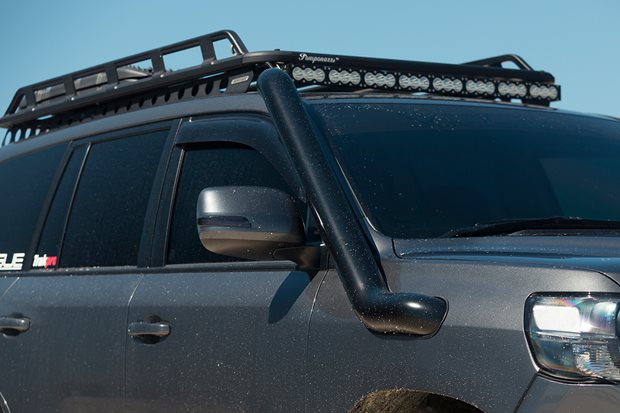 Any serious four-wheeler wouldn’t leave the driveway without a quality snorkel installed on their 4x4. 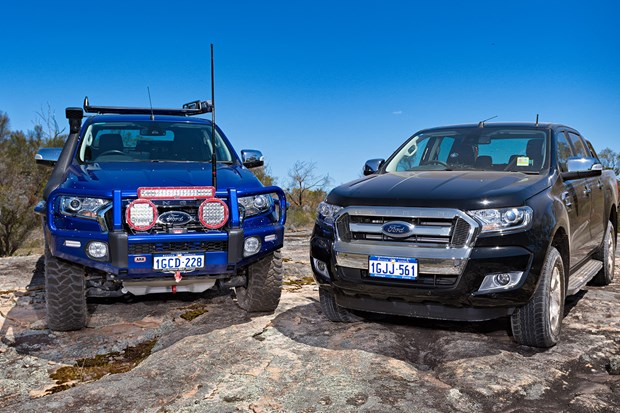 Is it worth spending big bucks to spruce up your 4x4? We line a stocker up against a tickled Ranger to find out. 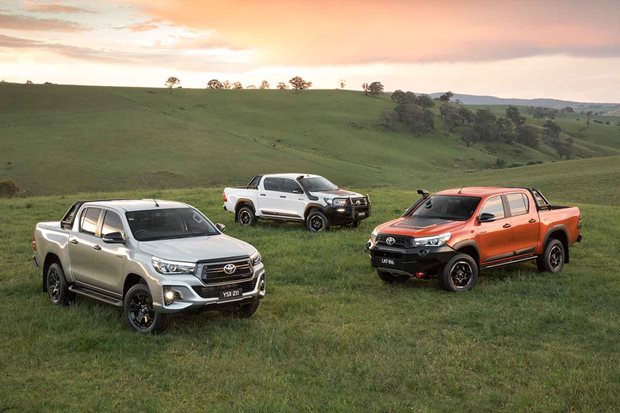 Toyota isn’t resting on its laurels with its top-selling ute, introducing three new versions including a Ford Ranger Wildtrak rival