Audi Sport, formerly quattro GmbH, has been instrumental in blessing the world with Audi’s RS performance models over the past 25 years, but there was always one niche left unfilled, and that is an RS-badged Audi A8 limousine.

That void has been now filled, albeit as a stillborn 2013 Audi RS8 prototype, which Audi Sport has only now revealed to the world as part of a special “25 Jahre RS” exhibit at Audi’s Neckarsulm facility. 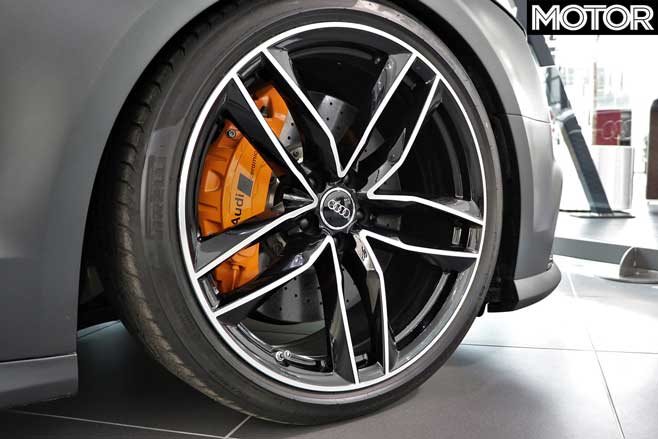 Based on the previous-generation Audi A8 limousine, the RS8 prototype looks the part with its matt grey paintjob and subtle hints of aggression in the form of a front fender and bumper arrangement and 20-inch wheels lifted from the RS6.

It is a different story on the inside where the A8’s plush fittings has been replaced with a generous helping of Alcantara upholstery, decked out with contrasting orange stitching, and a helping of carbon fibre panels.

The A8’s standard round steering wheel is swapped out for a flat-bottomed item and the centre console panel that once housed the MMI infotainment dials and switches is replaced with what appears to be the start-stop button from Lamborghini. 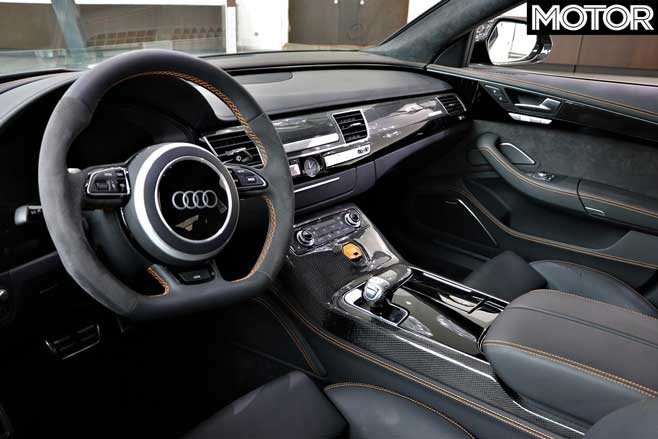 Aside from what the eye can see, Audi Sport remains mum on what the prototype is packing beneath, only hinting that it is a “520hp sports sedan” and is “equipped with various security features”.

Considering that the S8 of its generation already boasted 520hp by way of a 4-litre twin-turbo V8, and that the RS6 of its era made do with 560hp (412kW), both of which were cranked up to 605hp in its ‘plus’ and ‘performance’ guises, it stands to reason that those are rather conservative numbers. 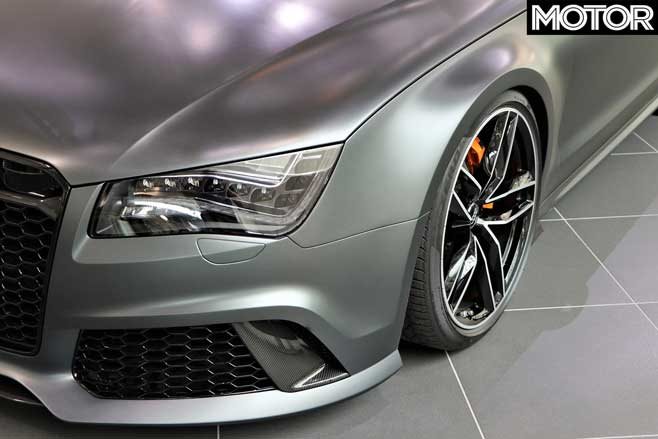 Fellow Bavarians over at the M Division also toyed with the idea of an all-out performance limousine in the past, creating such curiosities as the “Goldfish” V16 7-Series prototype from 1987, but has since been responsible in developing the 448kW M Performance branded M760Li xDrive.

Such apprehension comes as no surprise as performance limousines are a dying market, with Mercedes-AMG and Jaguar confirming that its S65 and XJR575 performance flagships will not be succeeded after their respective model lifespans come to an end. So don’t mourn that the RS8 never came to be, but be glad that the prototype exists.