A V6 base model is unlikely for the Audi R8 supercar, but a track-spec R8 GT is high on the agenda.

IF YOU believe everything you read on the internet, then you could be convinced that an entry-level, V6 turbo-powered version of Audi’s R8 supercar is a certainty. Not so, according to our well-placed source: “The R8 is a halo model for the brand; proof that buyers will happily pay the best part of A$400,000 for an Audi. The concern is a cheaper V6 R8 could dilute that halo quality, and ultimately undermine the V10’s role.”

From what we understand, far more likely is a limited-edition, even more halo-ish model, pitched above the current V10 Plus. 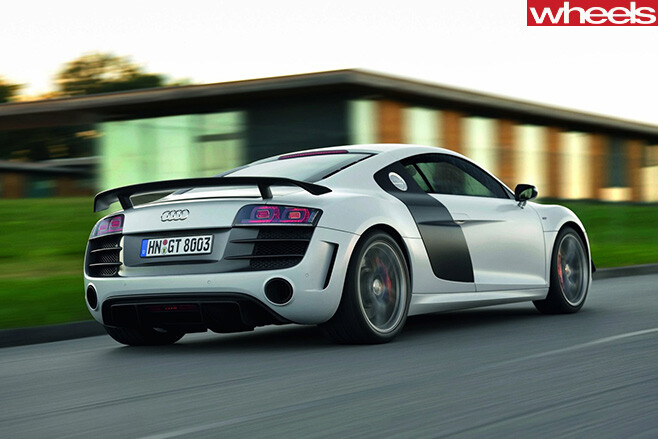 At the recent launch of the R8 Spyder, Wheels asked current R8 project boss Roland Schala if his development remit included a model in the vein of the first-gen R8 GT, a lighter, faster run of 333 cars globally. Schala’s response? “Anything is possible.”  Wheels takes this for a thinly veiled ‘yes’.

Consider the history: In 2011, the company launched the GT version of the first-generation R8, a car that at the time raised the standard V10 R8’s power and torque to 412kW and 540Nm, while cutting weight by around 100kg thanks to measures such as carbonfibre body panels, lighter carpets, exhaust, battery and glass. It also showed that a small number of customers were happy to pay $470,700 for an Audi.

As it moves toward the mid-point in its lifecycle, the current R8 will need to stay competitive with rivals such as the Ferrari 488 GTB, Porsche 911 Turbo S, McLaren 570S, and Mercedes AMG GT S. All of these run turbo engines; relatively easy to raise boost (and therefore power and torque) in subsequent iterations. 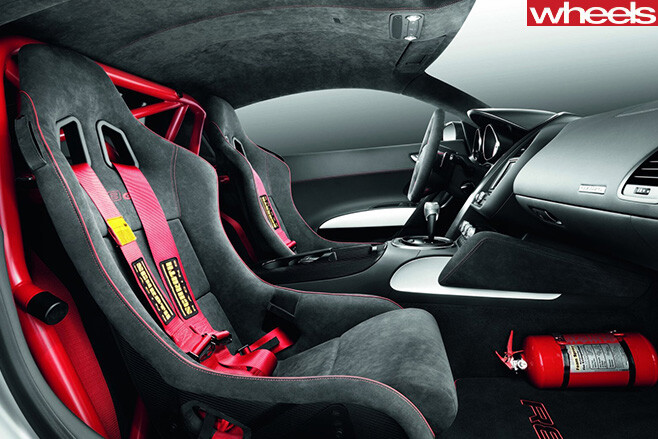 The R8, for all its atmo glory, does not have that that option. It will either need to increase combustion efficiency, or raise its redline. The later seems most likely, as the current engine revs safely past 8900rpm. Therefore, finding another 25kW or so would seem an achievable target.

As for weight reduction, expect a similar approach to that taken with the first-gen GT: manually adjusted carbonfibre seats, simplified door trims, thinner glass and carpets, and a lightweight exhaust and lithium-ion battery, all of which which could pull out over 100kg.

With these measures, we’d predict a 475kW R8 GT-spec, weighing in at under 1500kg, which could trim the current Plus model’s 0-100km/h figure from 3.4sec to around 3.1sec. Crucially, it would retain the characteristics that plenty of buyers in this segment crave: ultra-sharp throttle response, an exhaust note untainted by turbos, and soaring revs.