2017 Kia Stinger imagined as a Supercar

Renders by a veteran Supercar designer give a glimpse of a race-ready version of the Stinger.

EVER wondered what a racing version of Kia’s new Stinger sedan would look like? Ponder no more, as SSMedia has done all the imagining for us.

This set of illustrations give us a glimpse at what the Stinger’s racing armour would look like if Kia’s rumoured plans for a Supercar assault come to fruition. 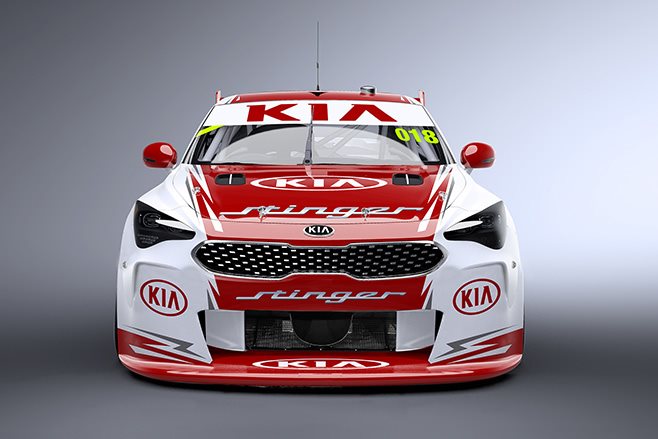 The Korean manufacture has publically admitted to considering a factory entry into the Supercars championship.

SSMedia told Wheels the renders you see before you aren’t just a blind stab in the dark, but instead are developed off official CAD data for Supercars’ Gen II regulations. 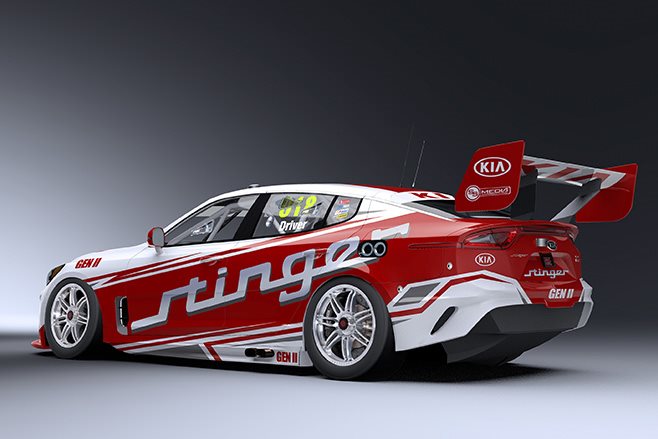 Powering the race-ready Stinger is a 272kW turbocharged 3.3-litre V6, permitted under the championship’s new regulations introduced this year.

The Gen II regulations were developed to entice new manufactures to the sport, with Kia, along with Alfa Romeo, rumoured to be investigating potential entries. 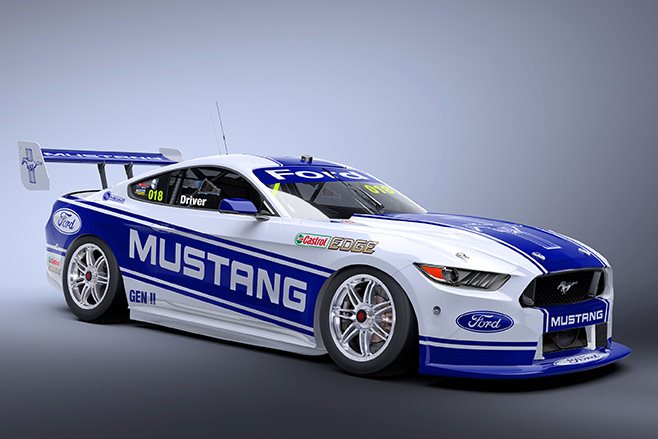 SSMedia has also created renders for the Opel-sourced, fully imported 2018 Holden Commodore could look like in racing guise. Triple Eight Race Engineering (also known as the Red Bull Holden Racing Team) is developing the bodywork for the NG Commodore ahead of its 2018 debut.

Joining the two sedans is a render of the Ford Mustang in Supercars trim – also built atop the official Gen II CAD data. 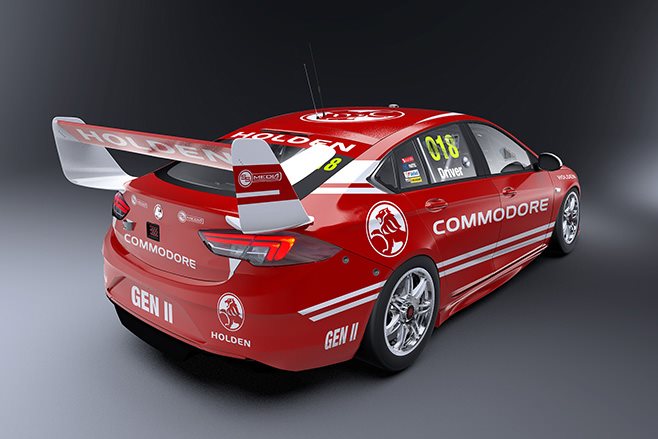 All these renders are just wishful thinking for now, but the SSMedia renders provide us with the most accurate representation of what the 2018 Supercars grid could look like.