A round of minor updates aim to keep what some say will be Lamborghini’s final atmo V12.

DON’T sign that cheque for the most outlandish Italian supercar on sale just yet, because here is our first glimpse of the 2017 Lamborghini Aventador.

Brandishing a nip (new headlights, bumpers and bonnet are clearly visible beneath that swirly tape) as well as a tuck (different tail-lights, diffuser, and spoilers as part of a revamped aero package for improved downforce) the changes are just enough to keep Project LB834 fresh against rivals such as the Ferrari F12 Berlinetta, McLaren 675LT, and Bentley Continental GT Speed. 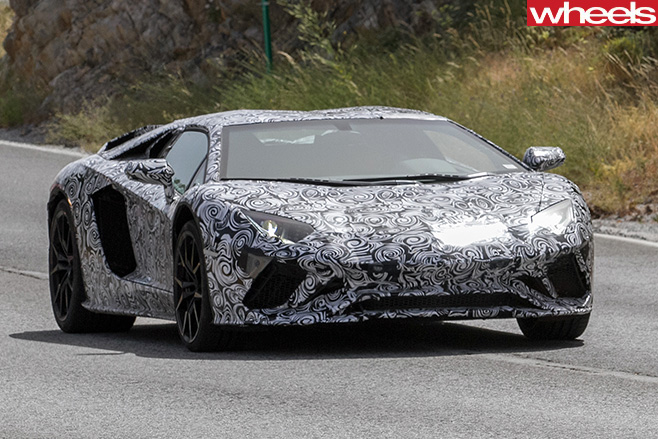 Of course, the coupe seen here will be joined by a facelifted convertible too, though exactly when that will be is anybody’s guess. We’re thinking Geneva Motor Show time early next March, though we also hear that the Lambo might lob into Paris this September.

What mechanical changes are made to the thunderous 6.5-litre V12 heart is also unknown, though being an Audi-owned concern, performance is certain to improve with the facelift. 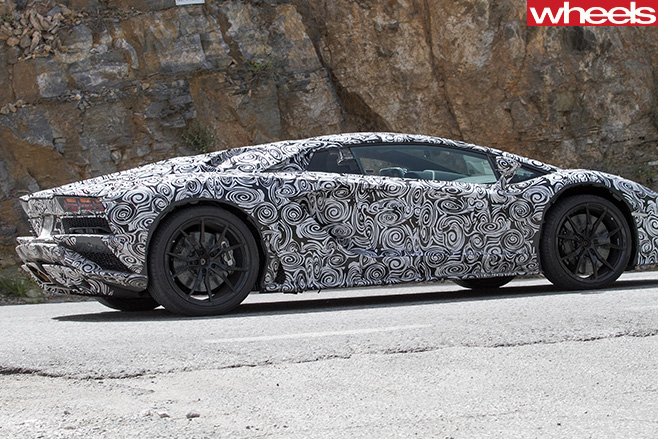 Indeed, it might even go out with a bang. Some pundits reckon this will be the last outing of the atmo V12, as even the hallowed engineering smarts of Sant’Agata (and Ingolstadt) will most likely be, ahem, forced to adopt turbocharging for greater efficiency and reduced emissions. 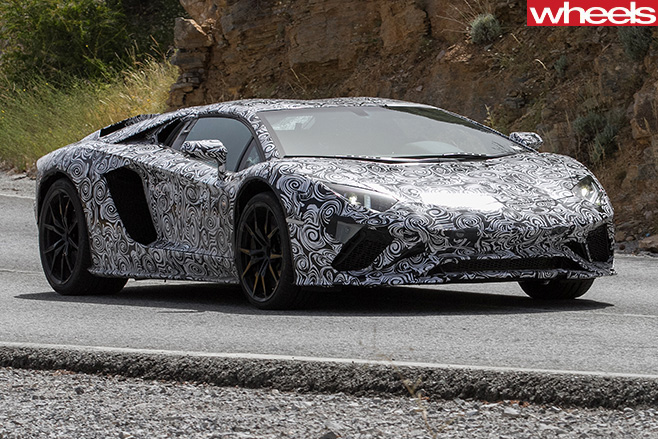 The quicker of the two ‘everyday’ Aventadors currently on sale is the LP 750-4 Superveloce, delivering 552kW of power (or 750hp) at 8400rpm and 690Nm of torque at 5500rpm; driving all four wheels via a seven-speed ISR Independent Shifting Rod semi-automatic transmission, the coupe version is capable of smashing the 0-100km/h time in just 2.8 seconds, on the way to a top speed in excess of 350km/h. Going for the milder 515kW LP 700-4 takes a whole 0.1s longer to 100km/h… 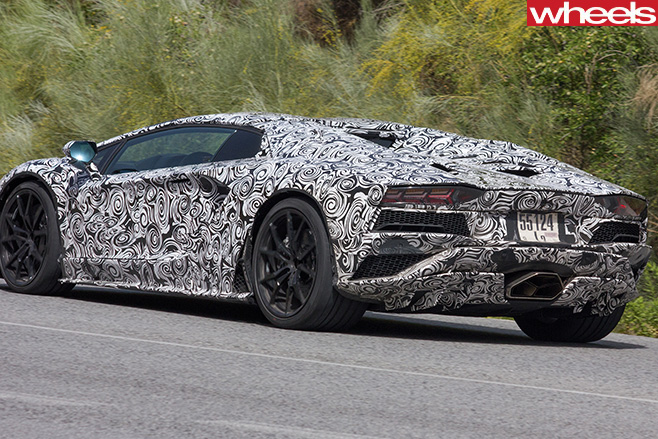 Rumours suggest that the ISR gearbox might come in for an overhaul come makeover time, to improve shift smoothness and response, while a spate of mods to the dampers are said to sharpen the handling even more without ruining the ride.

The facelift should see this generation Aventador – already in its sixth year of production – out until the beginning of the next decade, when something that might or might not resemble the Asterion LPI 910-4 (as in: 910hp, if you don’t mind) elbows it aside. 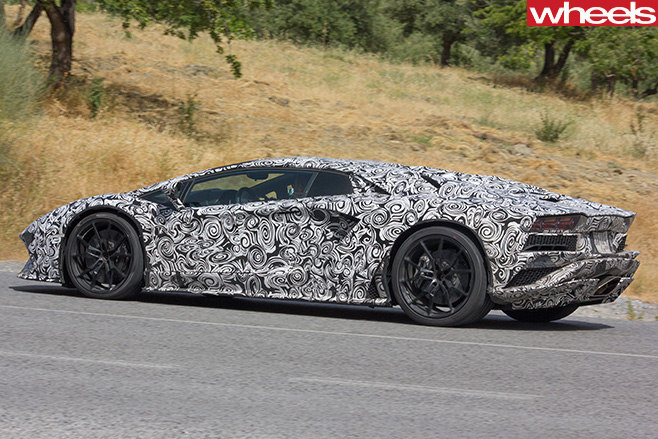