AUDI’S top-of-the-tree SUV, the Q8, has been teased ahead of its global unveiling next week at the Audi China Brand Summit in Shenzen, China 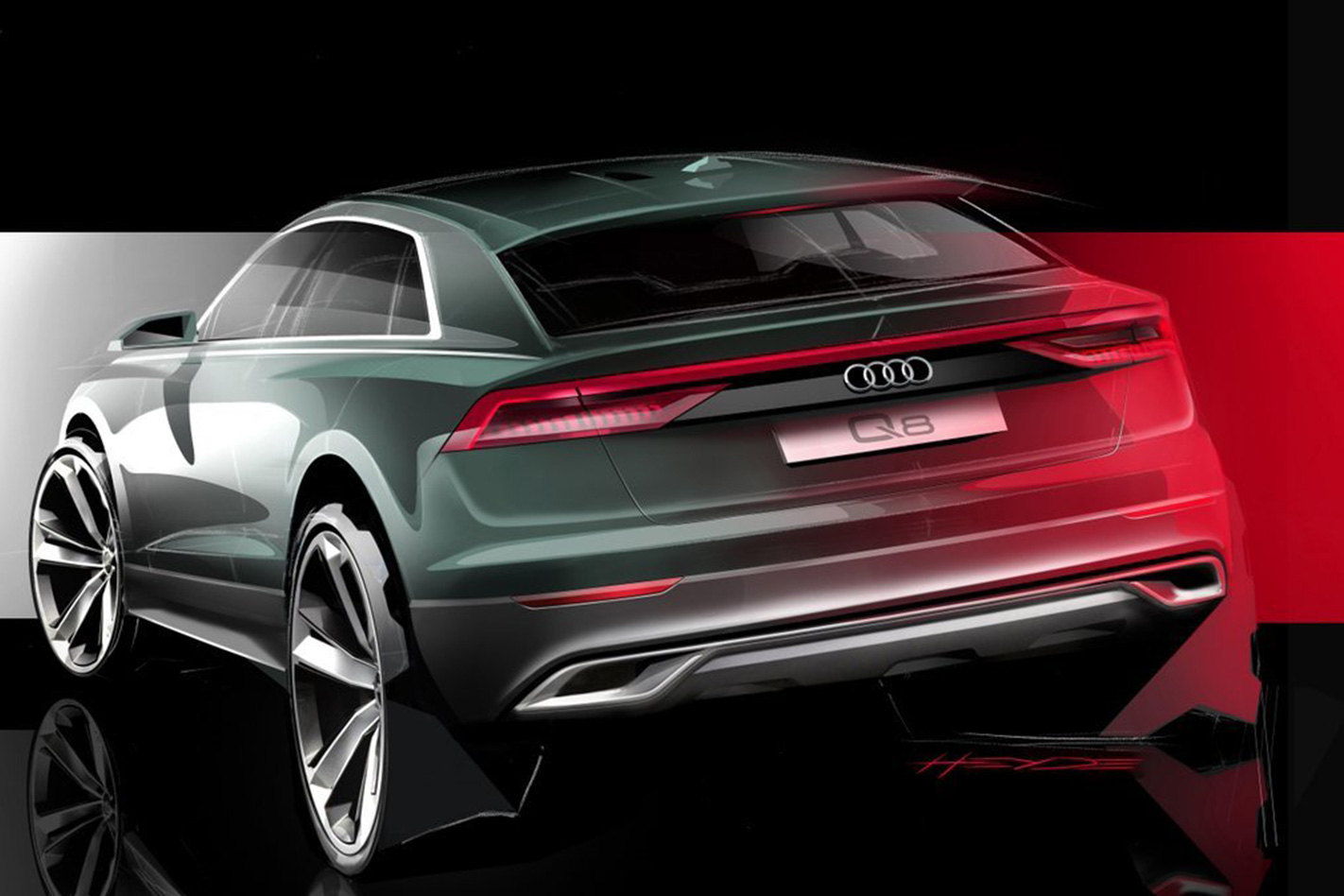 The teaser sketches feature exaggerated proportions and mega-diameter wheels – as is the norm with design sketches - but the visual cues align with what’s expected of the production model. With a bold silver-ringed grille partially set into the bumper and a bold taillamp graphic that linked together though the middle of the tailgate, the Q8’s styling sports traditional cues as seen in newer Audi arrivals like the A8 and recently launched A6, but wrapped around a burly SUV body and shallow A5 coupe-like turret.

In addition to the design sketches, Audi has launched a series of hype videos ahead of its coupe/crossover’s release. Not much of the car is initially shown in the first videos to surface, however brightening up the final frame of the third video we can see that the front end will sport the same huge octagonal grille and thin headlights as seen on the Q8 Concept that debuted at the 2017 Detroit auto show. 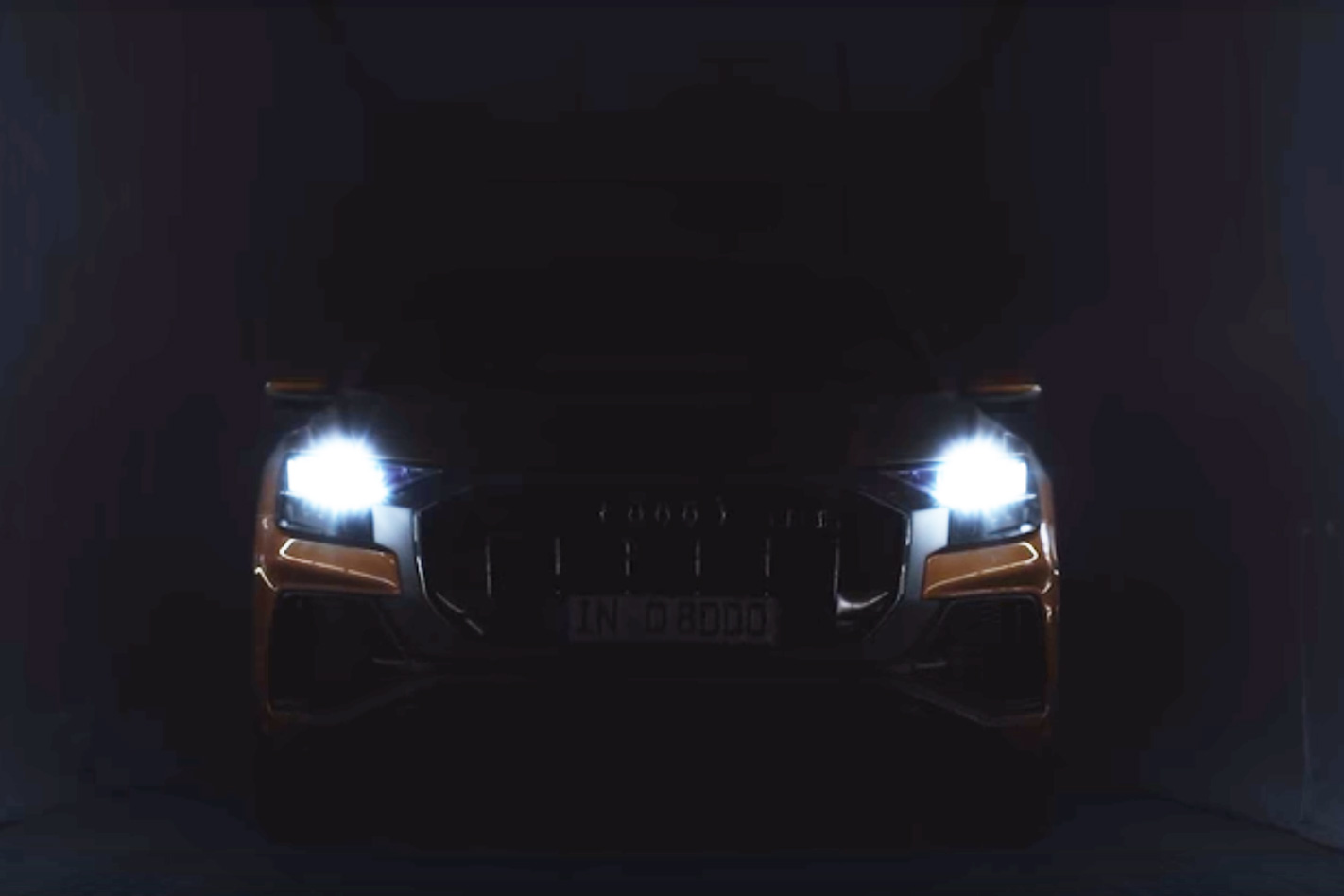 While giving away a little interior space to the Q7 thanks to its coupe-inspired roofline, the five-seater production version of the Q8 will likely feature the same level of luxury that you’d find in an A8. Expect the cabin’s centrepiece to be a dual touchscreen (not including the digital Virtual Cockpit display) centre stack up front for infotainment and climate controls, built to rival the systems of the recently updated Mercedes-Benz S-Class.

The Q8 is expected to feature much of the same drivetrains seen in the Q7, with a 3.0-litre V6 diesel engine producing more than 200kW assisted by a 94kW electric motor likely to be the mainstay motor of the range. Other engine options could include the 325kW 4.0-litre bi-turbo diesel V8 seen in the SQ7, as well as mild-hybrid powertrains. 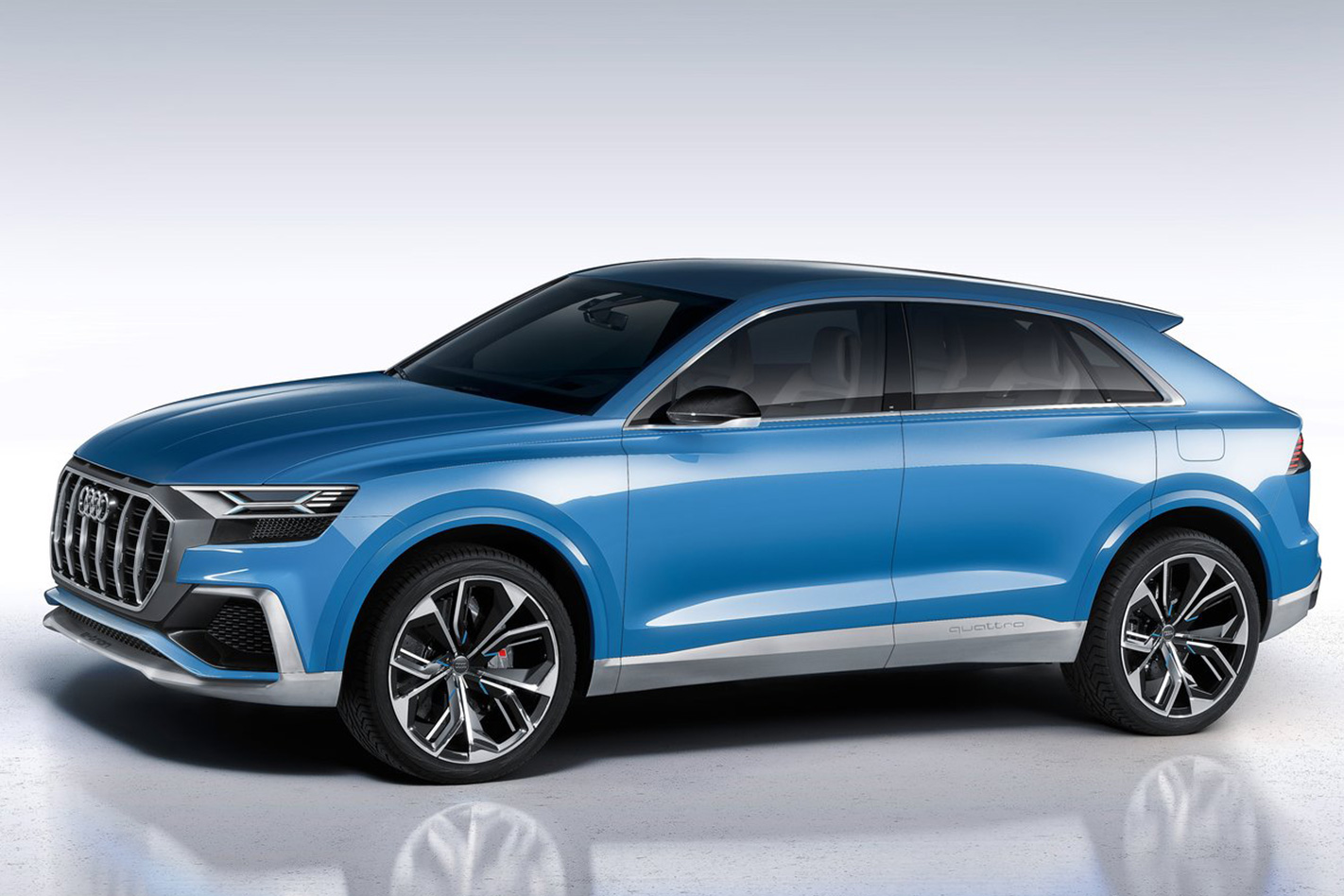 Built on the MLB platform which also serves beneath other large SUVs of the Volkswagen Group like the Porsche Cayenne, Lamborghini Urus and next-gen Volkswagen Touareg, the style-conscious Q8 will sit atop Audi’s SUV family as the most fashion-forward and luxury-driven flagship. Expect it to wear a pricetag that reflects that positioning, with a healthy premium over comparable Q7 models.

The BMW X6 and Mercedes-Benz GLE Coupe rival should launch later this year following its reveal next week, and will be built alongside the current Q7, Porsche Cayenne and Volkswagen Touareg in Bratislava, Slovakia. 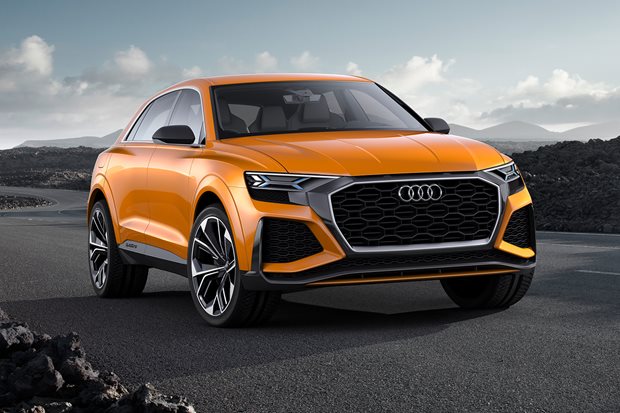 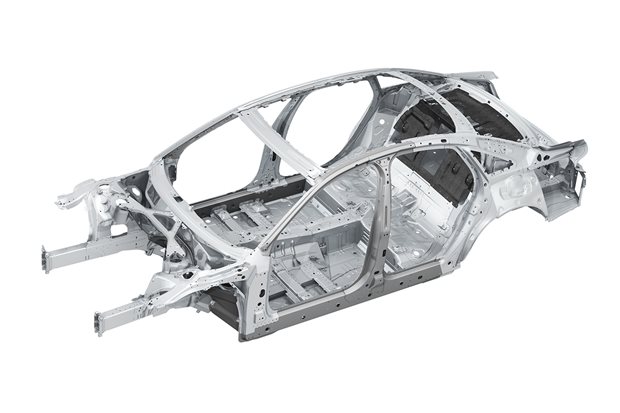 2018 Audi A8 to be built around lightweight spaceframe 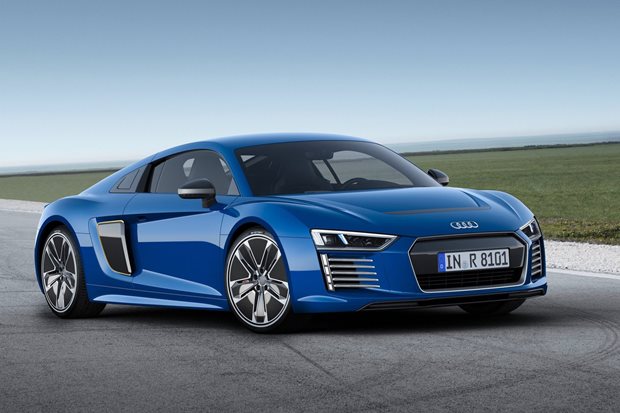 Audi Sport is keeping an open mind about what form its electrification strategy should take, but has yet to decide if its next battery-enhanced RS models should be pure... 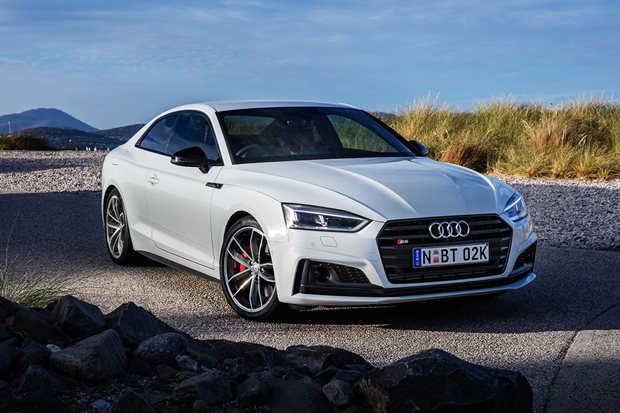 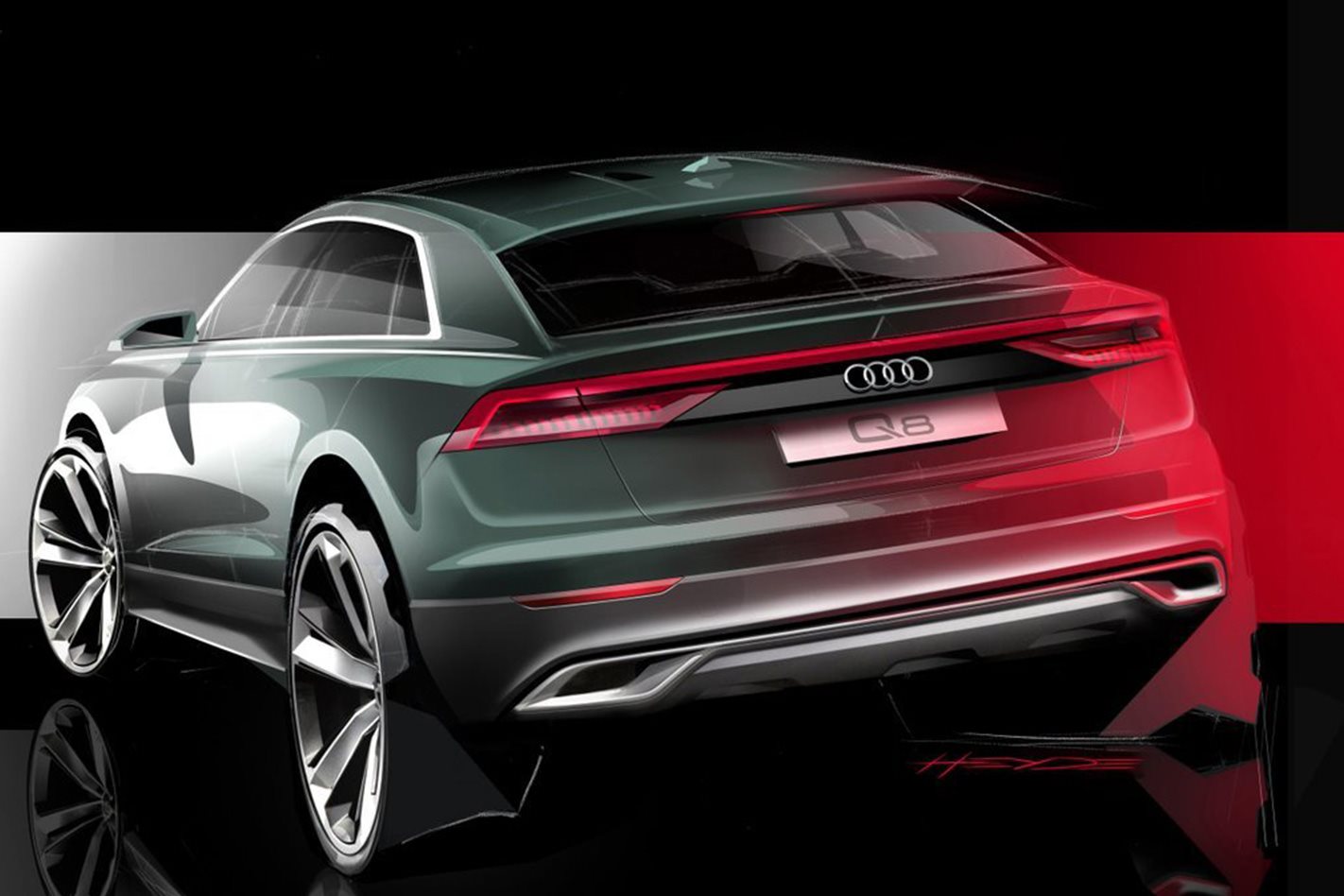 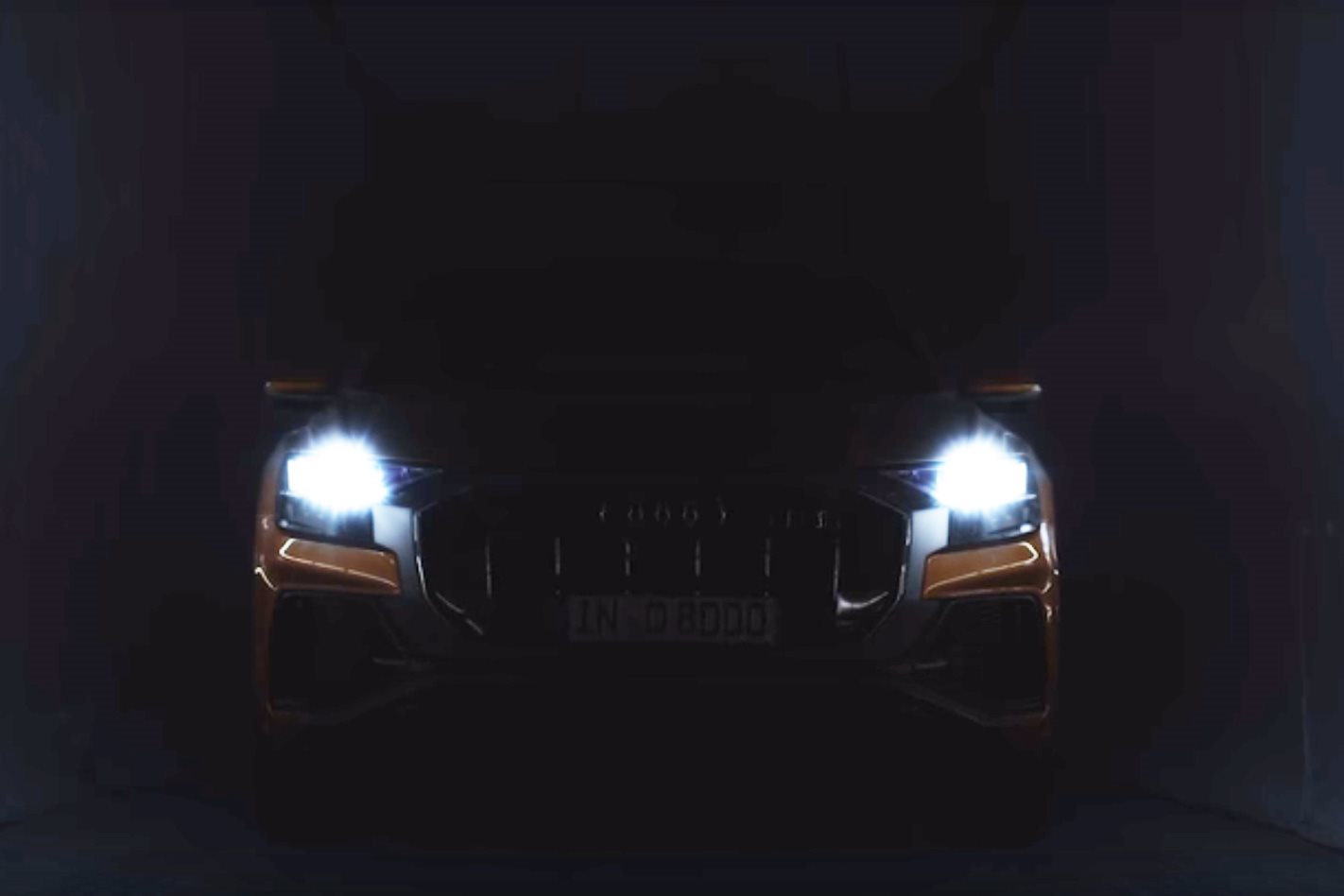 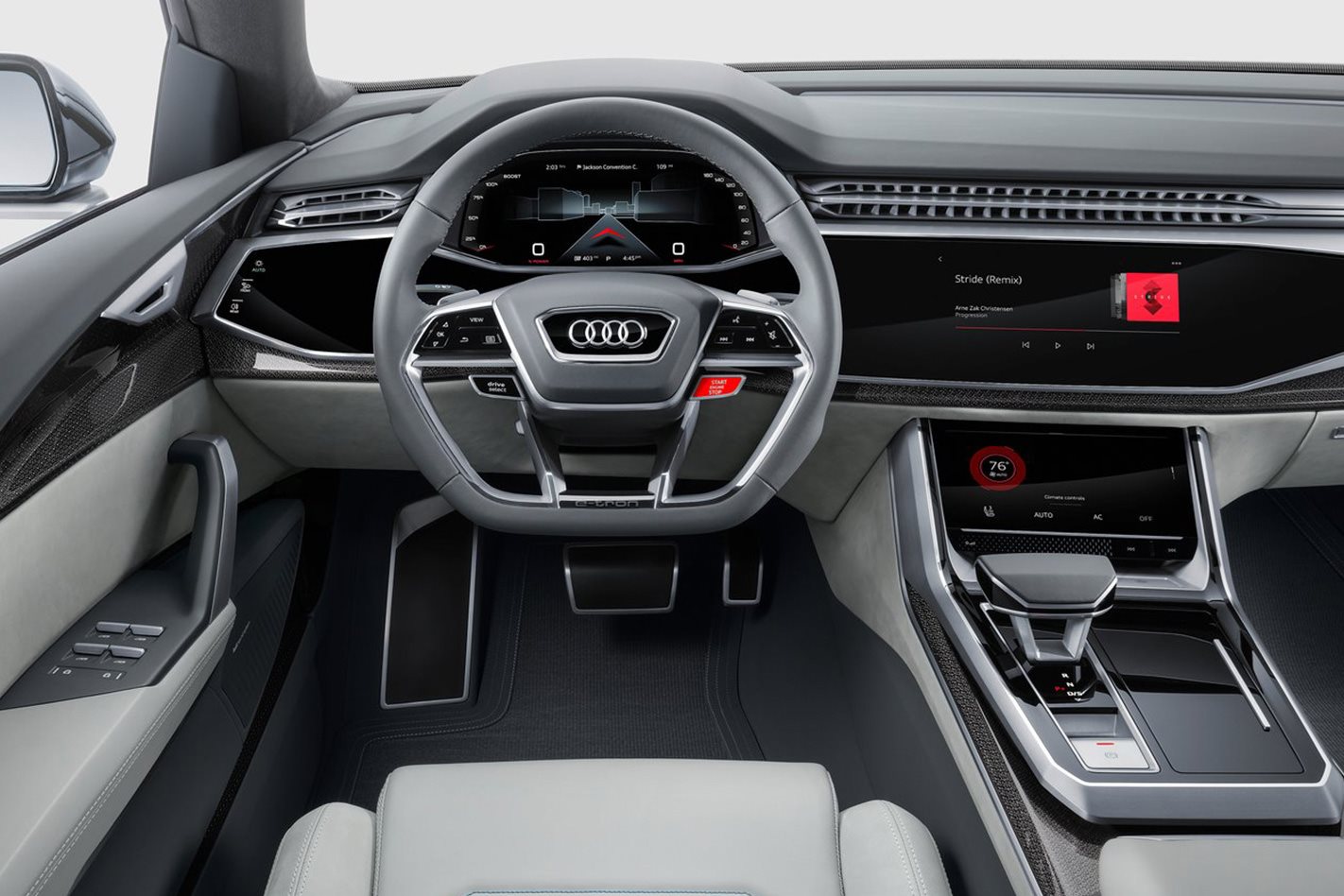 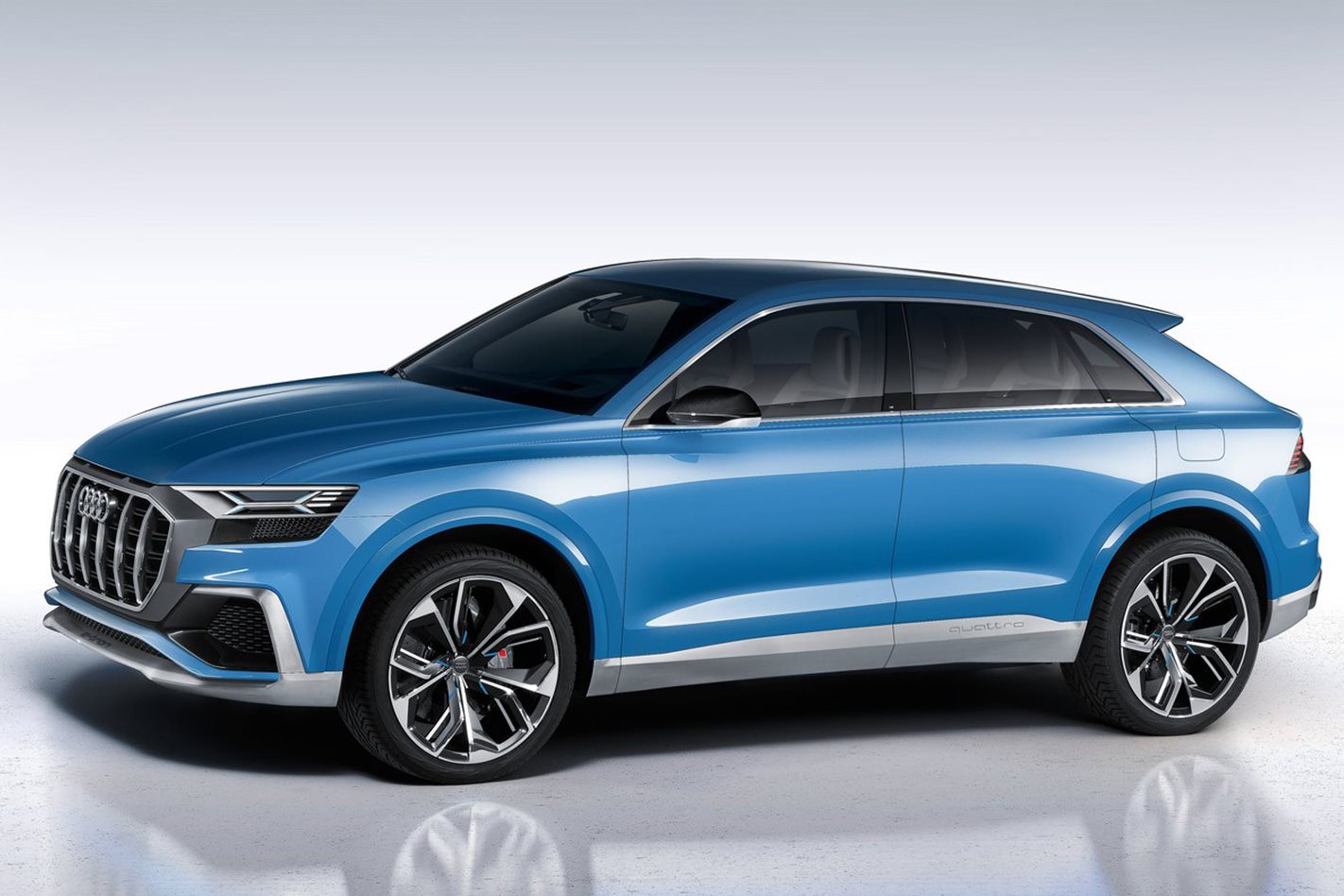 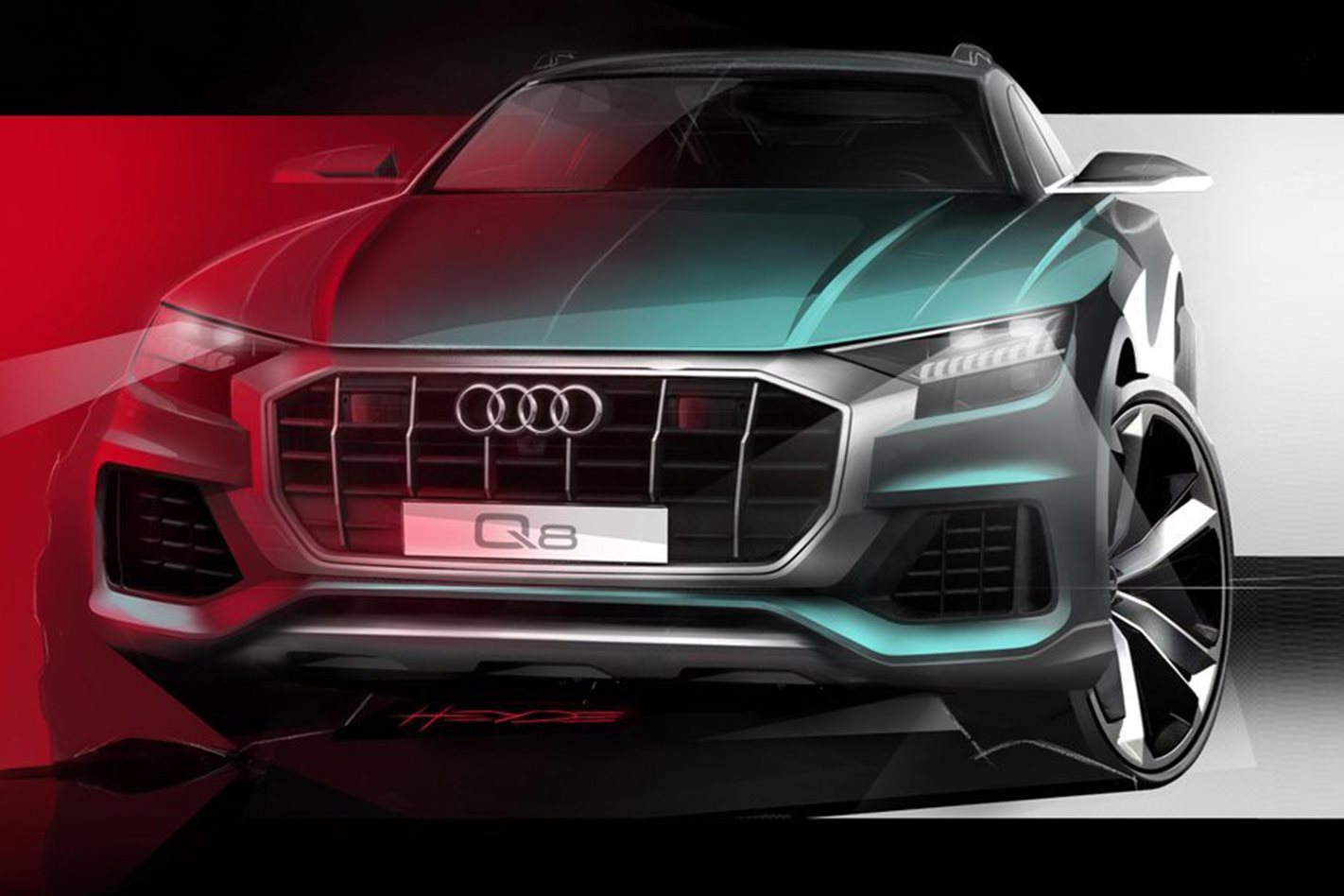 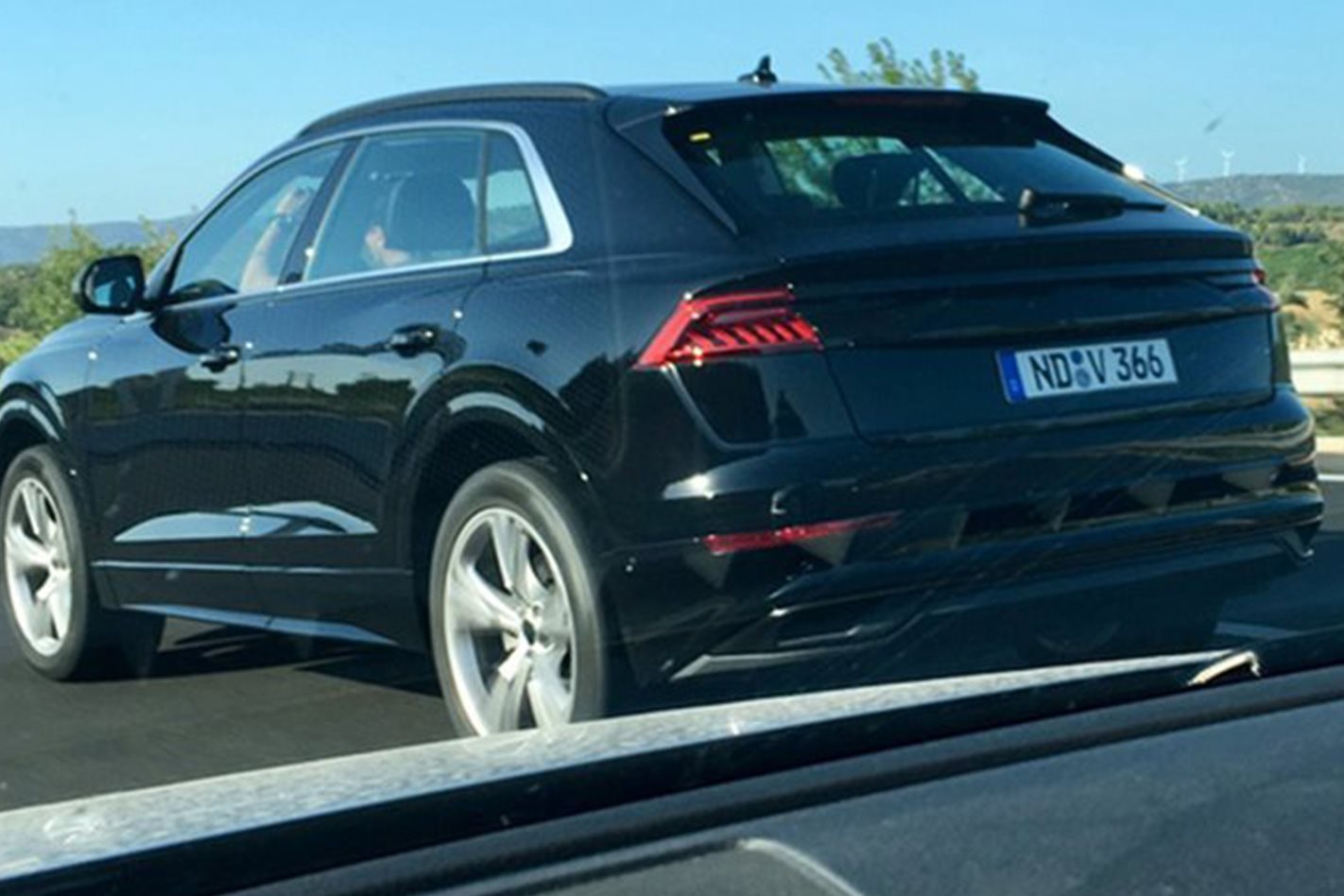 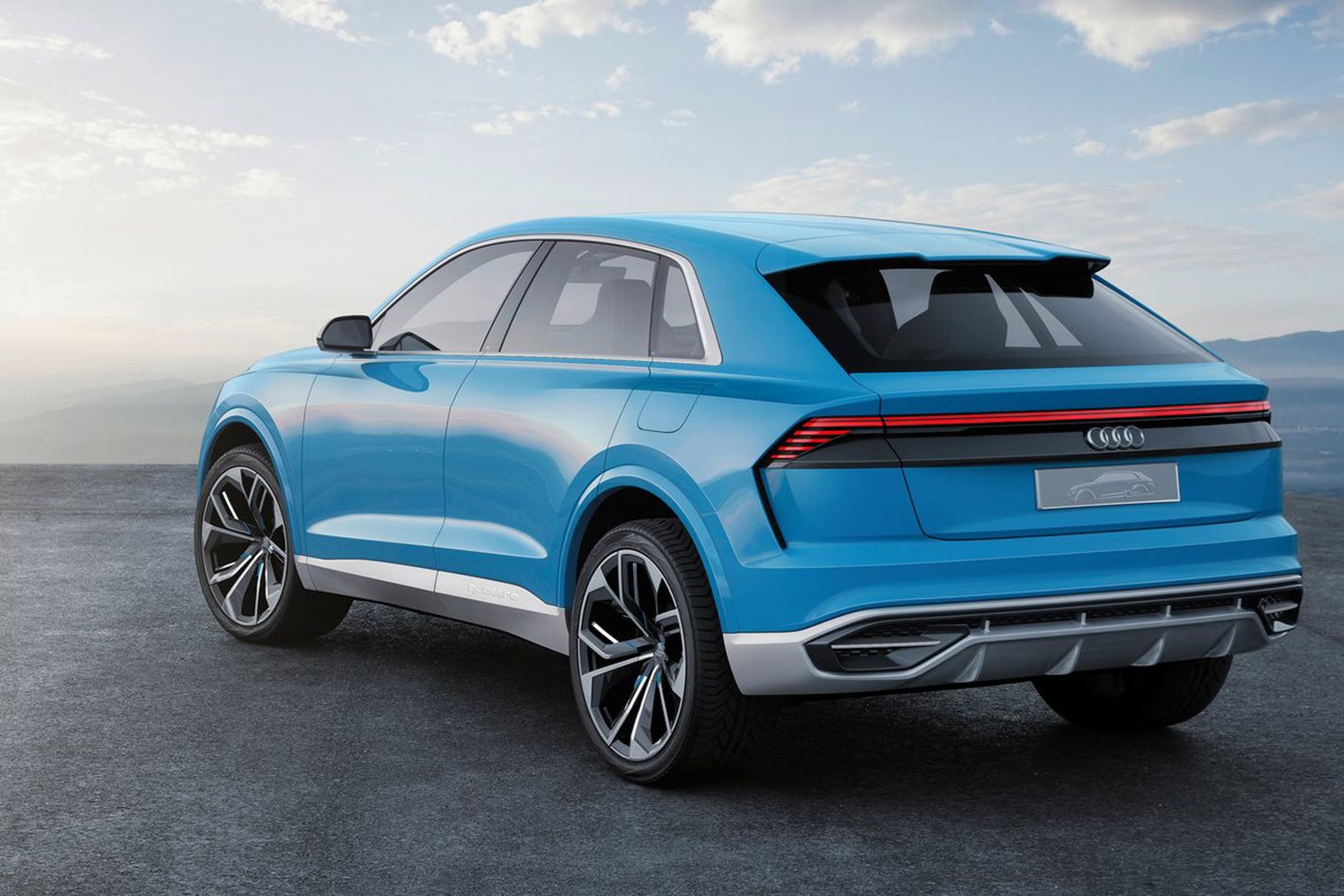