The most accurate leak of the 2020 Defender may have surfaced.

THE drip-feed of 2020 Land Rover Defender content continues, with an image of what could be the new Defender – illuminated on the vehicle’s display cluster – surfacing on Instagram.

Posted to the ‘landroverphotoalbum’ Instagram page, the sneaky photo closely resembles the leaked ‘LEGO Defender’ that was unofficially revealed earlier this week.

Both images reveal a white roof, a raised hood, boxy elements to its design and a spare wheel on the rear door. The digital cluster image then indicates the vehicle may hark back to its ancestors and include a roof window above rear-seat passengers.

A spy shot of the upcoming Defender’s interior did the rounds back in February, 2019. More interior shots have now found their way onto the web, indicating the original shot was bang on the money. 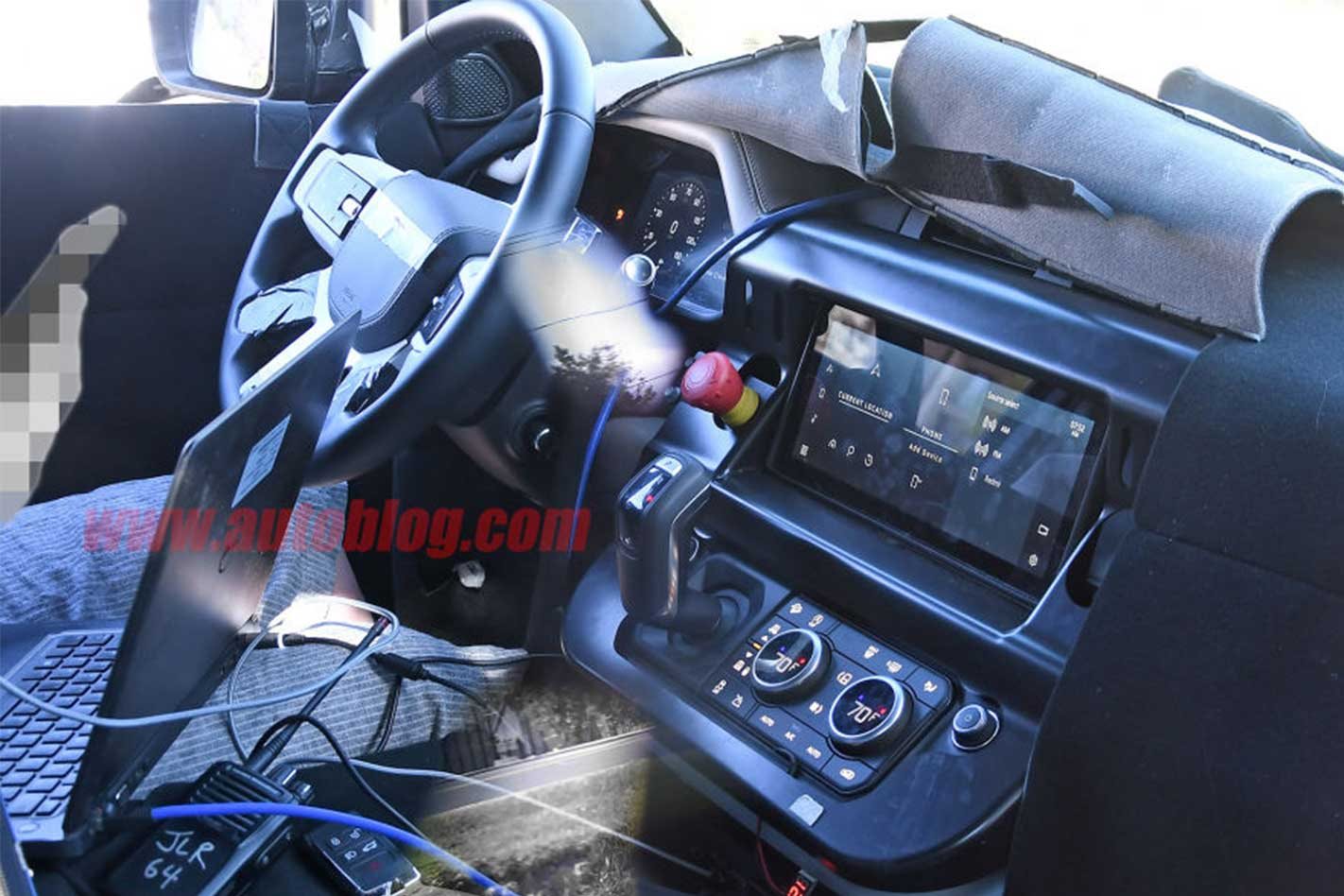 The recent images confirm that the transmission shifter resides on the centre stack to free up space for storage. It sits alongside climate control dials and terrain/drive management buttons and below a large touchscreen, while hard-edged, boxy design elements remain throughout.

Earlier spy shots indicate the Defender will share its underpinnings with the Range Rover and Discover and run height-adjustable independent front and rear air suspension. A 2020 Defender test mule was also spotted in Africa, wearing a unique camouflage and a fitted with an integrated raised-air intake.

There’s been a barrage of ‘leaks’ of the 2020 Defender in anticipation of its end-of-year reveal, set to take place in September.