It's coming. The eagerly-anticipated Ford Mustang Mach 1 will be imported to Australia in right-hand guise.

It will arrive in April 2021 with a quota of 700 cars earmarked for these shores.

Given the limited availability, you may need to act very quickly.

The price of the Ford Mustang Mach 1 will be $83,365 plus on-road costs, and that figure applies to both the six-speed manual and ten-speed auto versions.

There's also a special Appearance Pack for one particular paint shade, known as Fighter Jet Grey. A $1000 kit will add orange accents to the interior, an orange stripe on the bonnet and down the sides, and orange brake calipers.

Ford Performance boss Carl Widmann almost casually dropped that piece of information when talking about the dry subject of emissions.

“We have four emissions setups for the car,” he explained. “One for Europe, one for Brazil because of the ethanol content of their fuel, one for the US and Canada and one for Australia.” 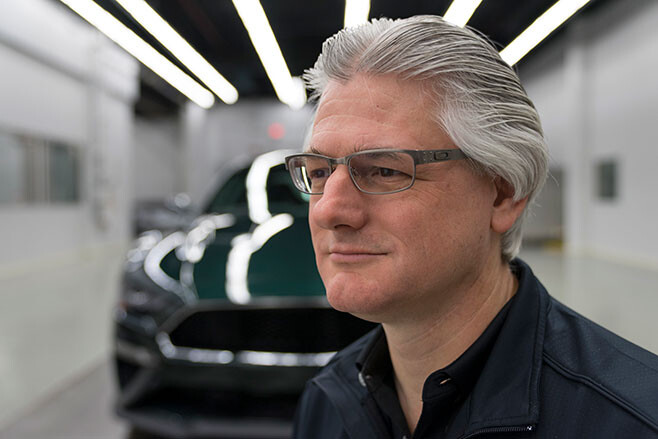 Widmann then chuckled and noted that Australia is always the toughest place to get the exhaust sounding correct due to noise regulations. 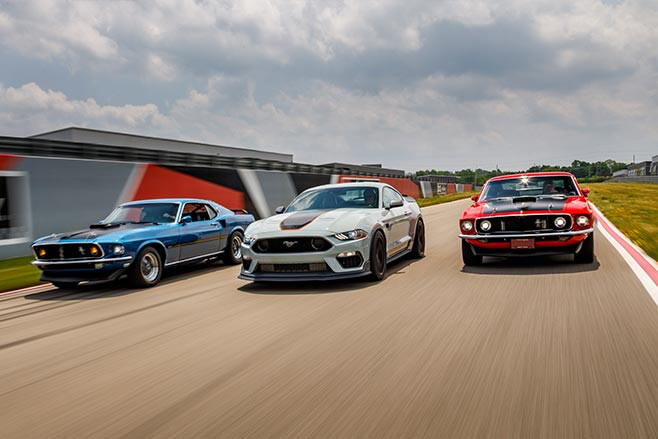 The allocation for the Bullitt was an identical 700 units and sold quickly, but the Mach 1 is an even more iconic nameplate.

The development work that has gone into this vehicle to maximise its endurance on both road and track means that it's a much more specialist thing than the McQueen tribute, albeit packing the same power.

The $83,365 ask for the Mach 1 is a step up from the $74,000 asked of the Bullitt, but demand is sure to be strong, especially given its tougher mechanicals.

Outputs have been confirmed as being an identical 345kW@7500rpm and a slightly reduced 556Nm@4600rpm.

As detailed in the July issue of MOTOR, much of the focus on development was on integrating a revised transmission and improving cooling.

Mapping the computational fluid dynamics for the heat exchangers has been a lengthy process and the calibration of the 10-speed automatic transmission has also proven a painstaking exercise.

Thousands of kilometres of testing at Grattan Raceway in Michigan, the home of Mustang development, have seen some detailed tweaks to the 10-speed 'box.

Upshifts now come 350-400rpm higher than in the Bullitt, delivering a more strident note from the 4.5-inch GT500-style tailpipes.

Each Mustang Mach 1 coming to Australia will wear a unique dashboard badge featuring the Mach 1 logo and chassis number, complemented by bespoke sill plates and a new start-up display on the 12-inch digital instrument display cluster.

Ford claims the Mustang Mach 1 creates 22 per cent more downforce than the Mustang GT, via a rear diffuser design shared with the US-spec Mustang Shelby GT500 model, while a longer undertray incorporates fins that direct air to the brakes.

The Mustang Mach 1's upper and lower front grilles are finished in gloss black, and the iconic Mach 1 logo appears on the rear deck-lid and on each front wing.

Cars will be fitted with Michelin Pilot Sport 4 tyres on wider 19-inch rims, again as a durability measure, rather than the Pilot Sport Cup 2 semi-slicks offered as an option on US-market GT Performance Package Level 2 upgraded cars, or the now sadly departed Shelby GT350 and GT350R models.

Ford is offering a five-year/unlimited-kilometre warranty on the Mustang Mach 1, along with fixed price servicing. We're confirming whether that warranty will cover track activity and we'll update when we know.

We first rumbled onto the fact that the Mustang Mach1 was a chance for Australia earlier this year, when photos appeared online in August of a yellow base model Mach 1 with the steering wheel clearly located on the right-hand side.

The obvious assertion that the image had been flipped is negated by the fact the grille badge is facing the right way.

This news isn't necessarily surprising as Ford's newly promoted Chief Executive Officer, Jim Farley, was quoted in the original press release as saying: "This is one of those special Mustangs that truly brings a smile to the faces of our owners, enthusiasts and fans - including me - so there's never been a better time to bring back Mach 1 and have it go global too."

Until today, Ford Australia has been tight-lipped regarding the Mach 1, telling MOTOR "The Mach 1 news is specific to the US. Here, in Australia, we're proud of Mustang R-Spec as our halo model."

"We see a lot of enthusiasm and interest whenever there's a Mustang that offers something a little different, anywhere in the world," added a Ford Australia spokesperson. We saw it with R-Spec, which despite being an Australia-only model was picked up globally."

Questions remain, including whether the optional Handling Pack will be made available in Australia, which includes wider wheels, more focused tyres and extra aero.

Regardless, even the standard Mach 1 promises to be extremely impressive, with the 5.0-litre V8 engine scoring upgrades from the Shelby GT350, including an 87mm throttle body, intake manifold and oil cooler with increases oil capacity by 50 per cent.

These are essentially the same modifications that were made to the limited-edition Bullitt Mustang and result in 358kW/570Nm in US-spec, though Australia's slightly different test procedures reduce these numbers to 345kW/556Nm.

Also lifted from the GT350 is the six-speed manual with substantially shorter ratios than the standard manual. The auto doesn't go untouched, receiving plenty of extra cooling to avoid a repeat of the regular GT's racetrack woes.

This is topped off by wheels a half-inch wider at both ends and retuned springs and anti-roll bars to make the most of the MagneRide dampers that will be standard on all Mach 1s.