With racer and Porsche test driver Lars Kern behind the wheel, it took the new Porsche Panamera only 7:29.81 to negotiate the Nürburgring Nordschleife’s 20.832km circuit.

The new Panamera hasn’t been revealed in full yet, but the lap has resulted in a record (“certified by a notary public”) being claimed by the car. 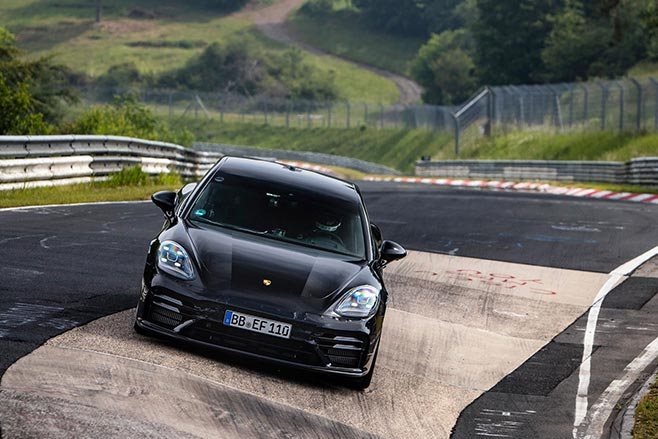 Another factor is the change in the lap distance itself, with the full circuit timing now being used (20.832km) rather than the 20.6km of the previous records which excluded a 200m section of track at T13 where timing would begin and end.

In any case. A time below 7:30 by the Panamera is impressive given its predecessor took roughly 13 seconds longer once you account for the difference in track length.

Even Kern says (in a Porsche-approved statement, no less) he wasn’t expecting the new Panamera to be able to do handle what it did in certain sections of the Green Hell, given his experience in the previous model.

“The enhancements made to the chassis and the powertrain of the new Panamera were always noticeable during this lap on what is recognised as the most demanding racetrack in the world,” says Kern. 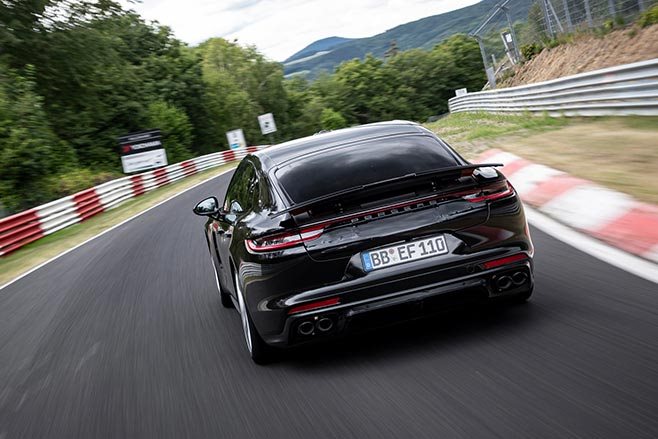 “In the Hatzenbach or also Bergwerk and Kesselchen sections in particular, the new setup of the electromechanical roll stabilisation system remains consistently effective and provides the Panamera with incredible stability in spite of the bumpy track surface.

“At the Schwedenkreuz, the car benefited from the improved lateral dynamics and the increased grip of the new Michelin sports tyres.

“I achieved cornering speeds there that I would not have believed possible with the Panamera.”

The new Panamera is set to be revealed at the end of August. Keep an eye on MOTOR for your first look when it drops.