The much anticipated Porsche 911 GT2 RS Nürburgring lap time has been revealed as 6 minutes and 47.3 seconds.

“At the start of the development process, we set ourselves a lap time target for the GT2 RS of less than 7 minutes and 5 seconds,” Walliser said. 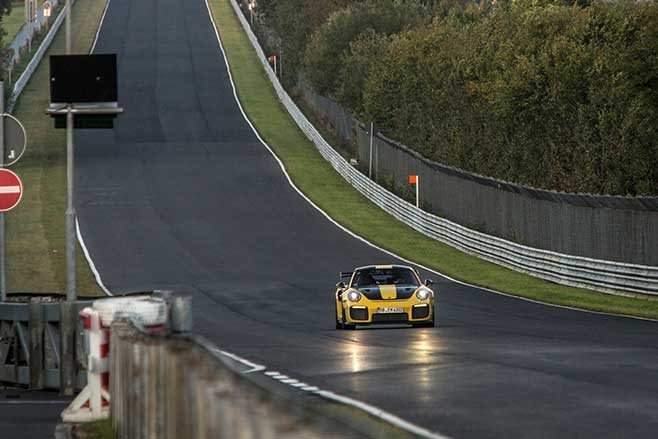 “The credit for beating this target by 17.7 seconds goes to our development engineers, mechanics and drivers, who demonstrated an exceptionally strong team performance.

“This result makes it official: The GT2 RS is not only the most powerful, but also the fastest 911 ever built”.

The 515kW/750Nm monster Porker was also said to be incredibly consistent in its performance, with five of the practice laps coming in at under 6 minutes and 50 seconds. Impressive for two drivers (German Lars Kern, a Carrera Cup Australia regular, joined Tandy) in two cars. 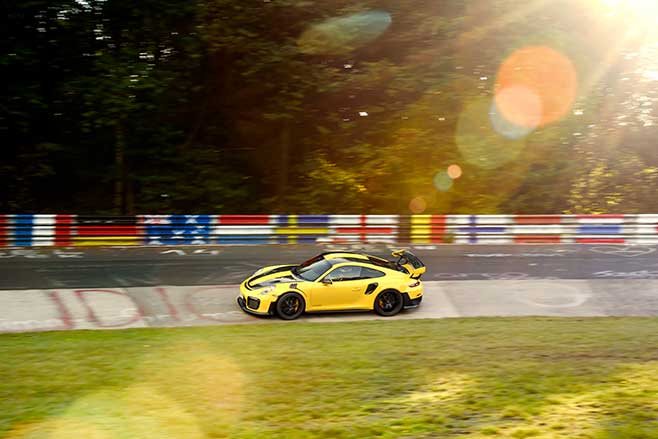 “We’re particularly proud of the fact that this was achieved with two different vehicles and two different drivers, as this underlines the GT2 RS’s ability to reproduce this record result over and over again.”

Now that Porsche has reclaimed the ‘Ring King title from the Lamborghini Huracán Performante, which took it from the Porsche 918 Spyder, we eagerly await the next challenger to the Green Hell’s throne.