An E60 M5 would have set you back $230,500 brand new. However, these days the resale bells have tolled and even mint one-owner examples with around 80,000km are being advertised for sub-$45K. That’s less than a size-smaller V8-engined E92 M3 from around the same era, such is the heavy depreciation thud of even the sportiest large cars. 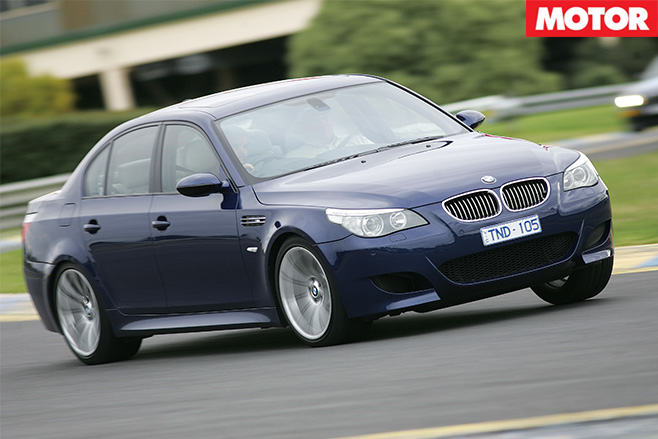 With torque at 6100rpm and power at 7750rpm, on the way through an 8250rpm redline to a screaming 8400rpm cut-out, that’s a whole lotta revolutions and a whole lotta cylinders for the cash. The seven-speed single-clutch SMG gearbox was a bit rubbish in auto mode, but it worked decently enough with the paddleshifters. Or you could attempt a manual conversion from the States, where a six-speed was available from factory.

The 1755kg Bavarian bruiser was clearly all business and luxury inside, while doing the business outside and on the road.

But would you take a decade-old BMW M Division weapon – accepting that annual servicing could stretch well into four figure territory – over a brand new $44,990 Holden Commodore SS that we’re about to lose forever? 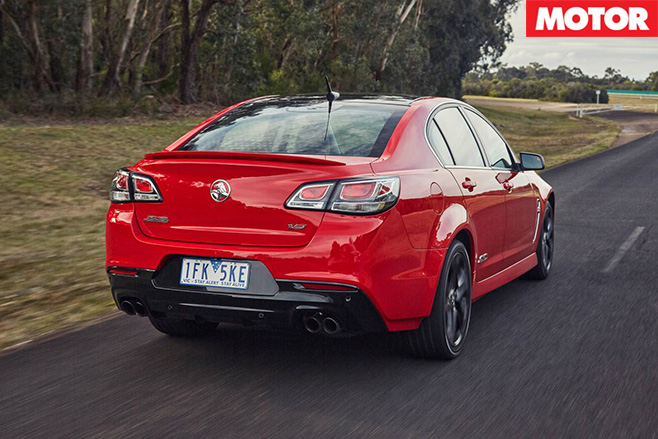 Not a lot between them, except for a softer sub-7000rpm Commodore redline. In actual $54,490 SS V Redline guise, the Holden matches the BMW with 19-inch alloy wheels, but with 10mm-narrower rear tyres (275mm) and 10mm-smaller rear discs (360mm Brembos). The VF is also about the same size as an E60 M5 and the original VE program was benchmarked on the previous 5 Series – and it feels that way.

So, take a punt on a decade-old European car? Or capped-price-service it up with a brand new version of the last Australian rear-drive performance sedan?