They tell us to take the path less travelled. Except nobody told those of us looking for affordable sports cars. We all flock to the same big-name brands, the same boastful models and typically with the same (automatic) transmission.

The good news is that only a few people bought the below five driver’s cars – and that means they come to you cheaply … if you can find one, that is. 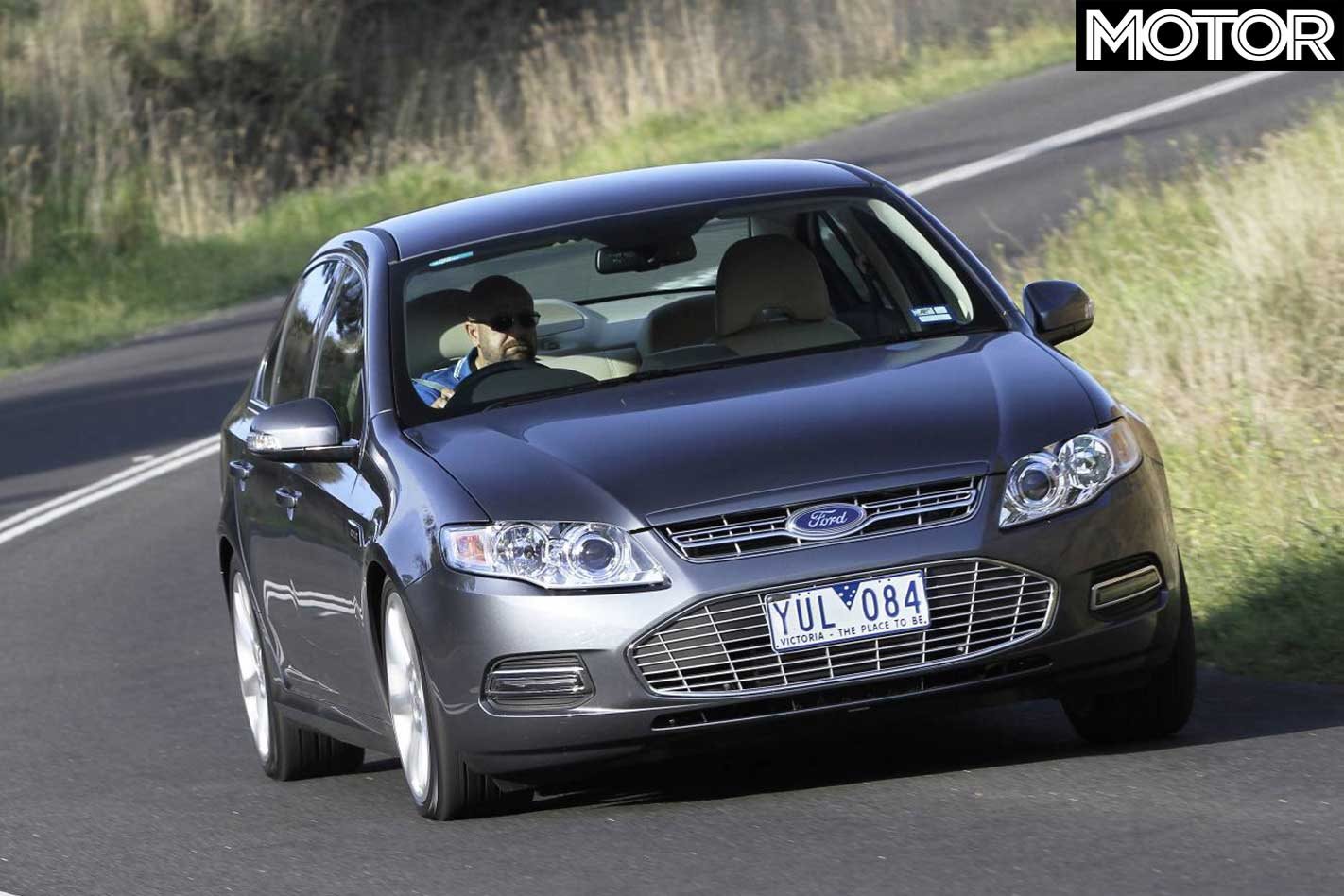 Ford Australia missed a spectacular opportunity by not creating a Falcon XR4 Turbo. Genuinely, the 2.0-litre turbocharged four-cylinder Ecoboost of the final FG and FG X generation is the best-balanced rear-wheel driver that ever emerged from Broadmeadows, full stop.

Sorry, Barra and V8 fans, it’s truth syrup.  And that’s because the old platform was clearly designed for longer and heavier metal up front. Lift the bonnet of a Falcon Ecoboost, however, and there’s a tiny little quartet of pots all sitting well behind the axle line. 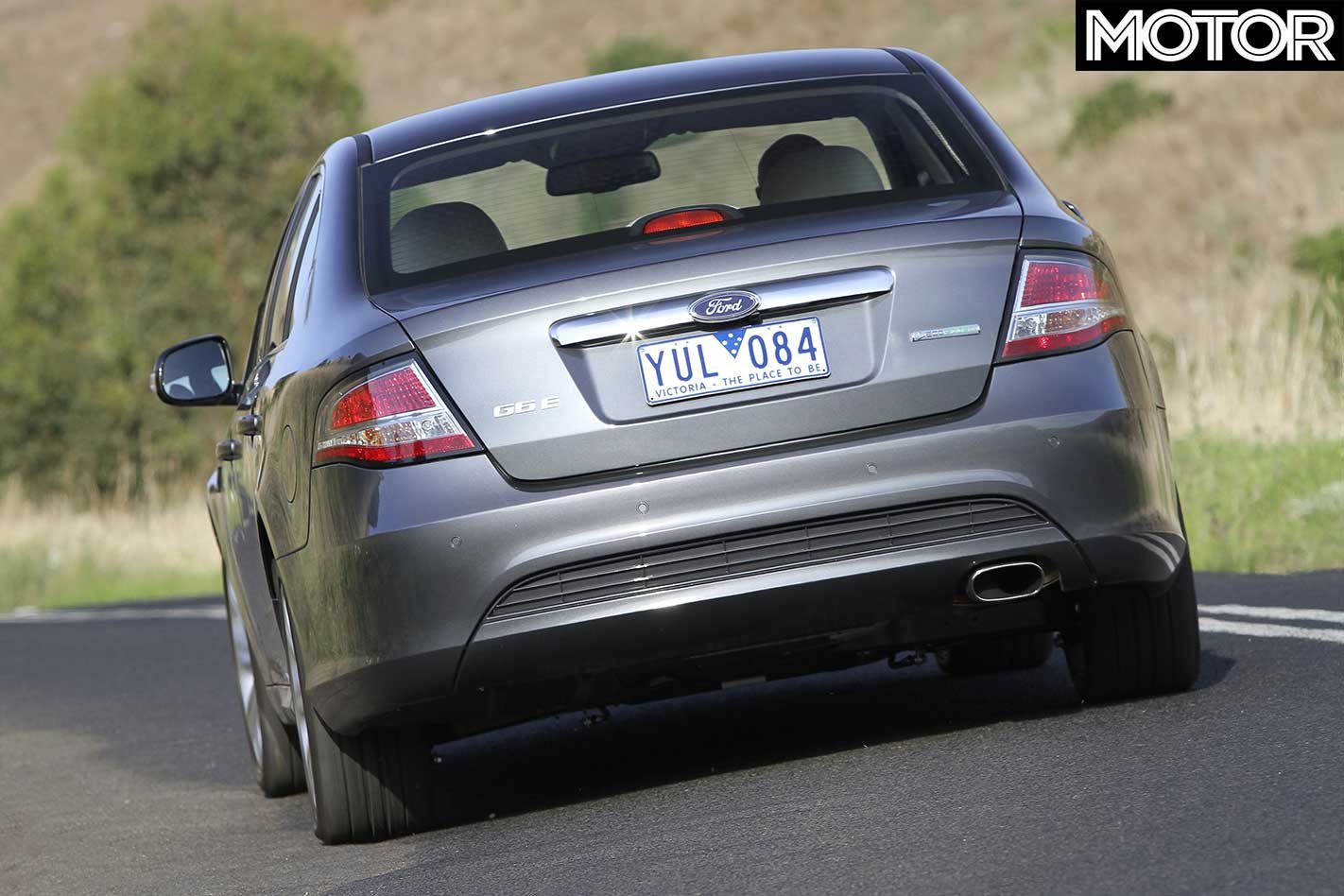 Get the G6E because the interior is otherwise a bit rubbish, buy a set of Michelin Pilot Sport 4S tyres, and for $10K-plus a handy driver will have a really stealth Q-car on your hands. 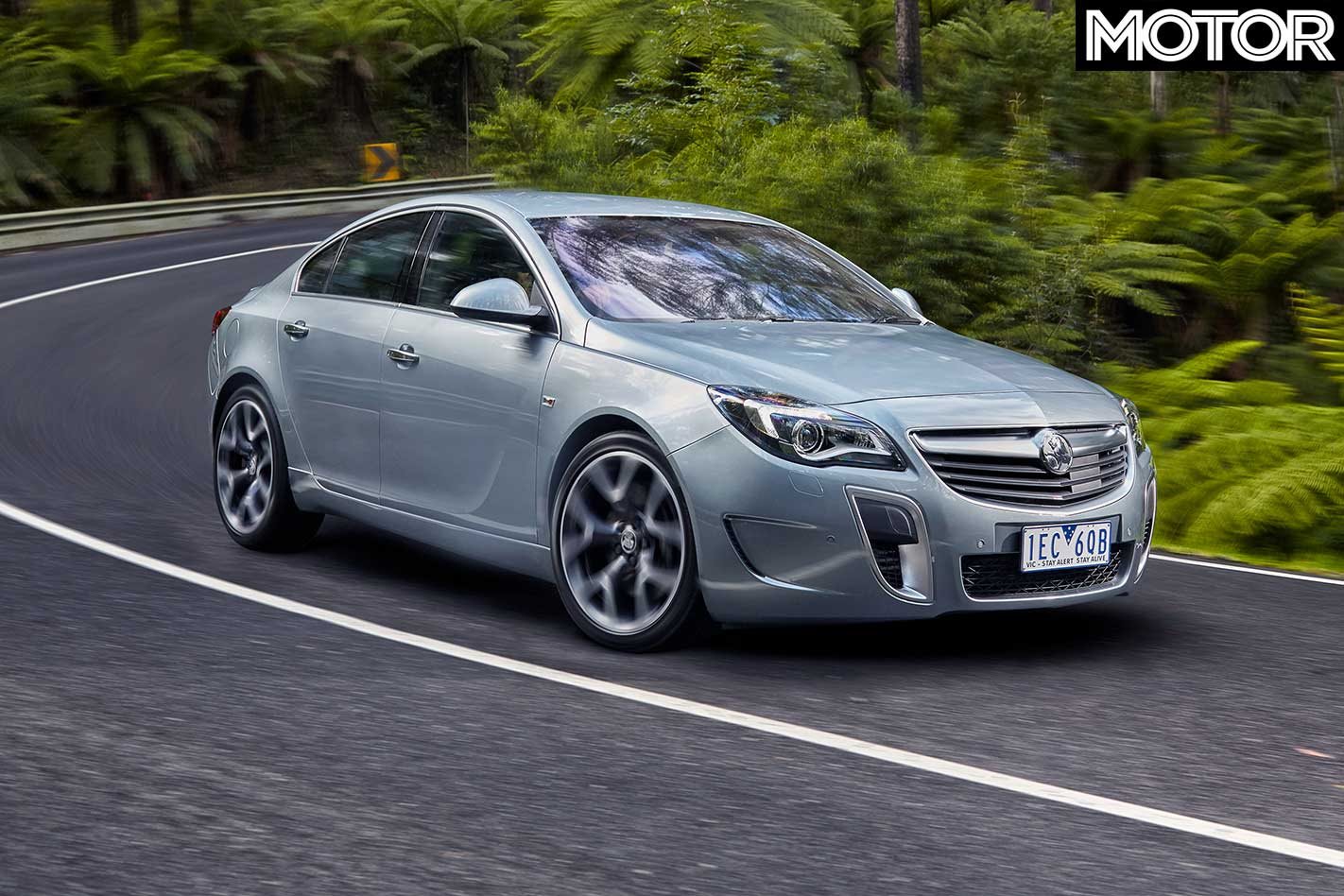 Ah, the failed Opel experiment. It couldn’t have been General Motors (GM) testing the waters for the Insignia nameplate before committing to keeping Commodore, could it? No, we didn’t think so either.

Anyway, the predecessor to Holden’s ZB Commodore VXR actually had more grunt, when the otherwise laggy and Port Melbourne-produced 2.8-litre turbo V6 spooled up to deliver 239kW and 435Nm, that is, for a claimed 6.3sec 0-100km/h.

On a country road, it felt much faster, like a boosted Subaru WRX. Around town, the dopey automatic made it feel slower. 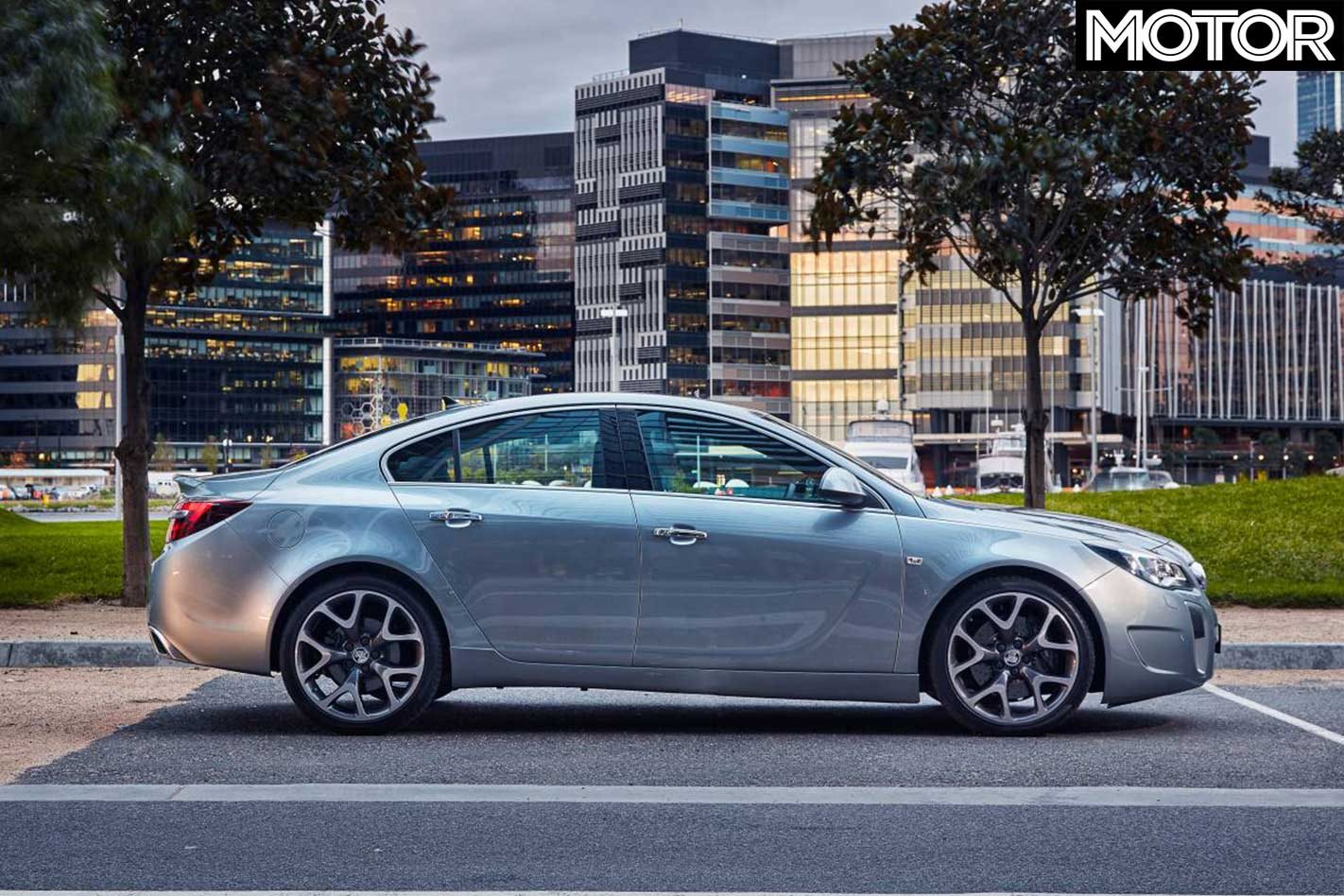 It was a flawed, fun diamond, but with all-wheel drive traction, excellent adaptive suspension, strong Brembo brakes and grippy 19-inch tyres being all now available from $15K, a five-year-old example actually makes some sense.

Such examples won’t even be high-kilometre cars, either. We’re talking 60,000km-plus. 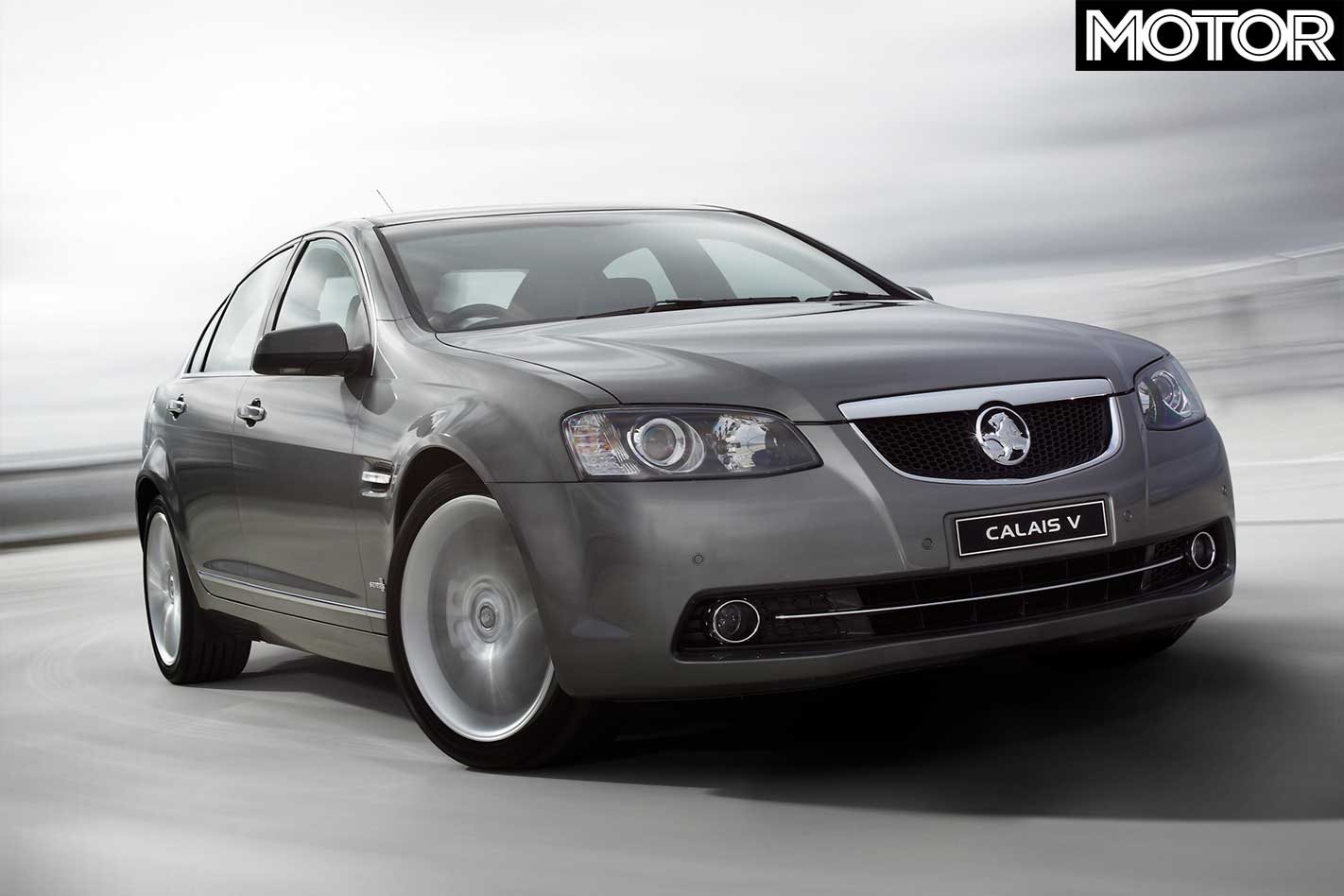 If only it has a manual transmission, this would be the best VE Commodore buy. The ditzy six-speed automatic is about the only thing holding a VEII Calais V Redline back, yet it’s probably the other thing driving down prices. The luxury-tinted Cal is selling for less than an SS, but the difference here is otherwise illusory.

Holden started its Redline offerings as an optional package of FE3 sports suspension, Brembo brakes, 19-inch forged alloy wheels and lip spoiler (both leftover parts from the GFC-decaying US-export Pontiac G8). So essentially it was an ‘SS plus’ with extra luxury. 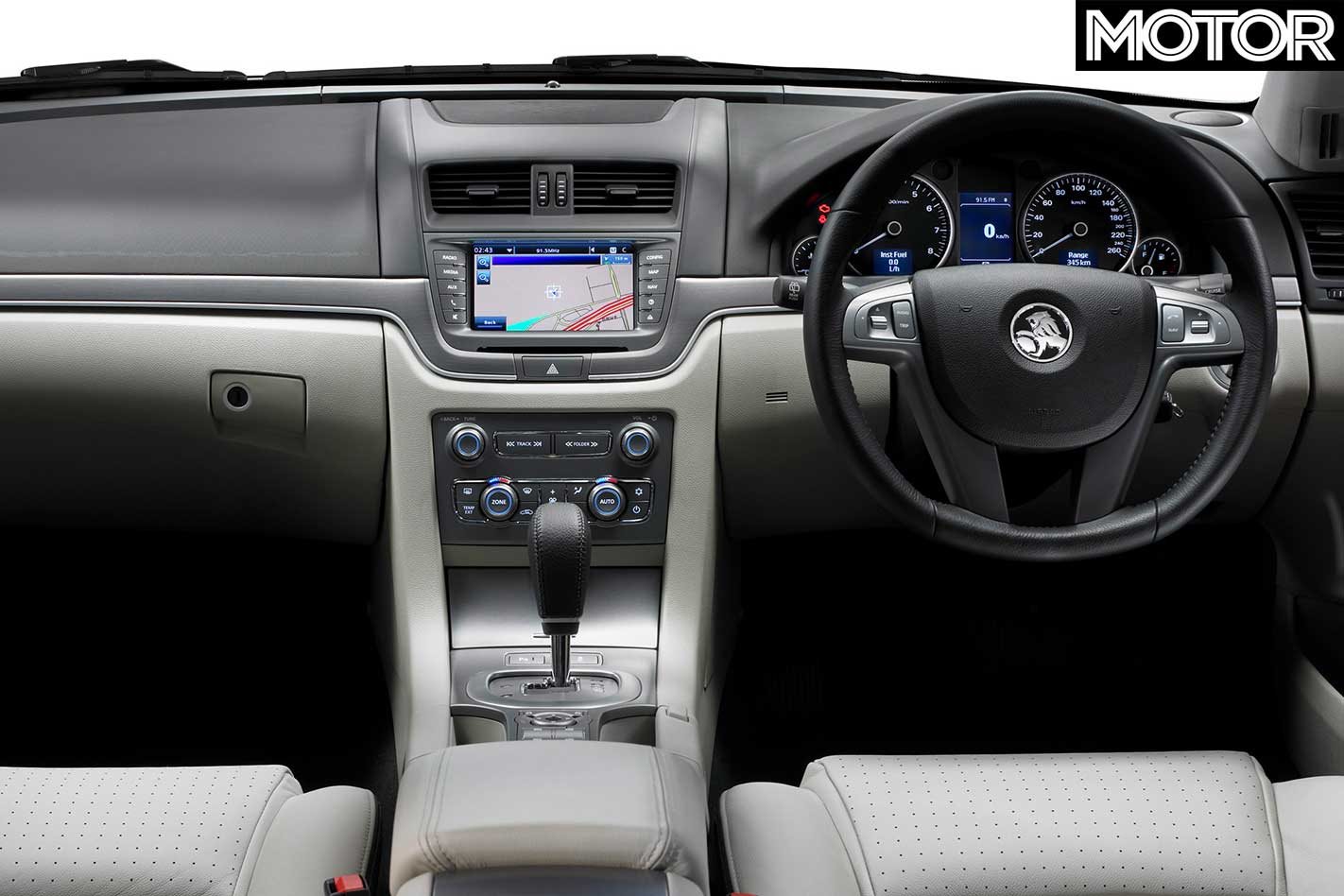 Arguably, too, the VE looks best with a lip spoiler at the rear, to show off its perfect proportions. And the shiny chrome alloys suit the Calais V Redline more than they did the SS V Redline. Snare a 2011 with just 75,000km for a lick under $20K – just be prepared to engage with the 260kW 6.0-litre V8 via the tipshifter, and not leave it to the computers. 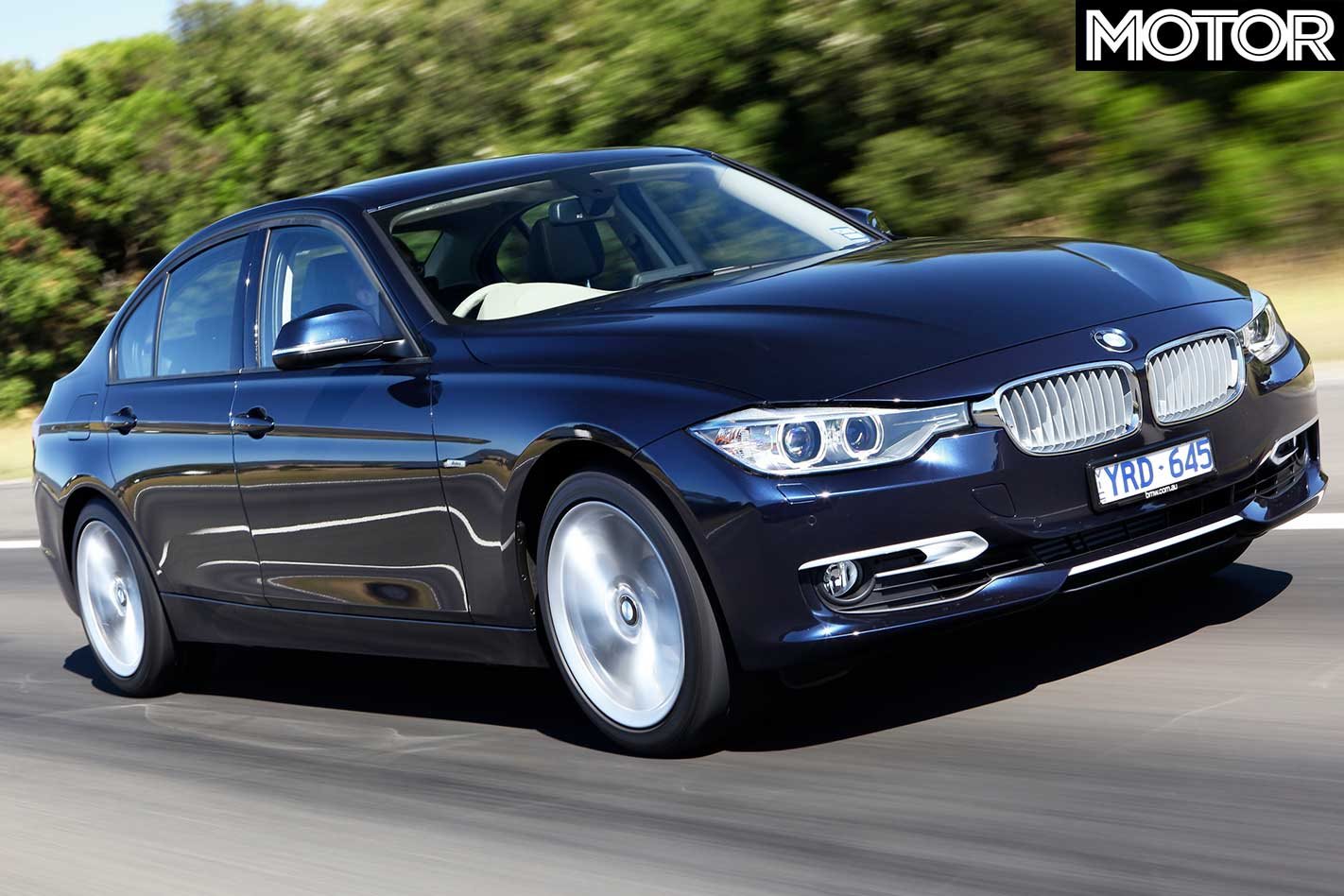 As we welcome a new 3 Series, we also mourn the loss of the manual 3 Series. The F30 generation of 2012 was a flawed car from the start, but it became better with age, especially when BMW introduced adaptive suspension as standard equipment – it’s a must if you’re looking for one. The 328i (then later 330i) is the pick, with 180kW/350Nm from a 2.0-litre turbo good enough for a circa-6.0-second 0-100km/h.

And with the damping corrected, even the baby little 316i 1.6-litre turbo manual displays the delightful rear-wheel drive dynamics inherent in F30 3 Series. Forget C-Class or A4, the Bavarian mid-sizer trumps all for sheer outright handling (nose-heavy 335i excepted). 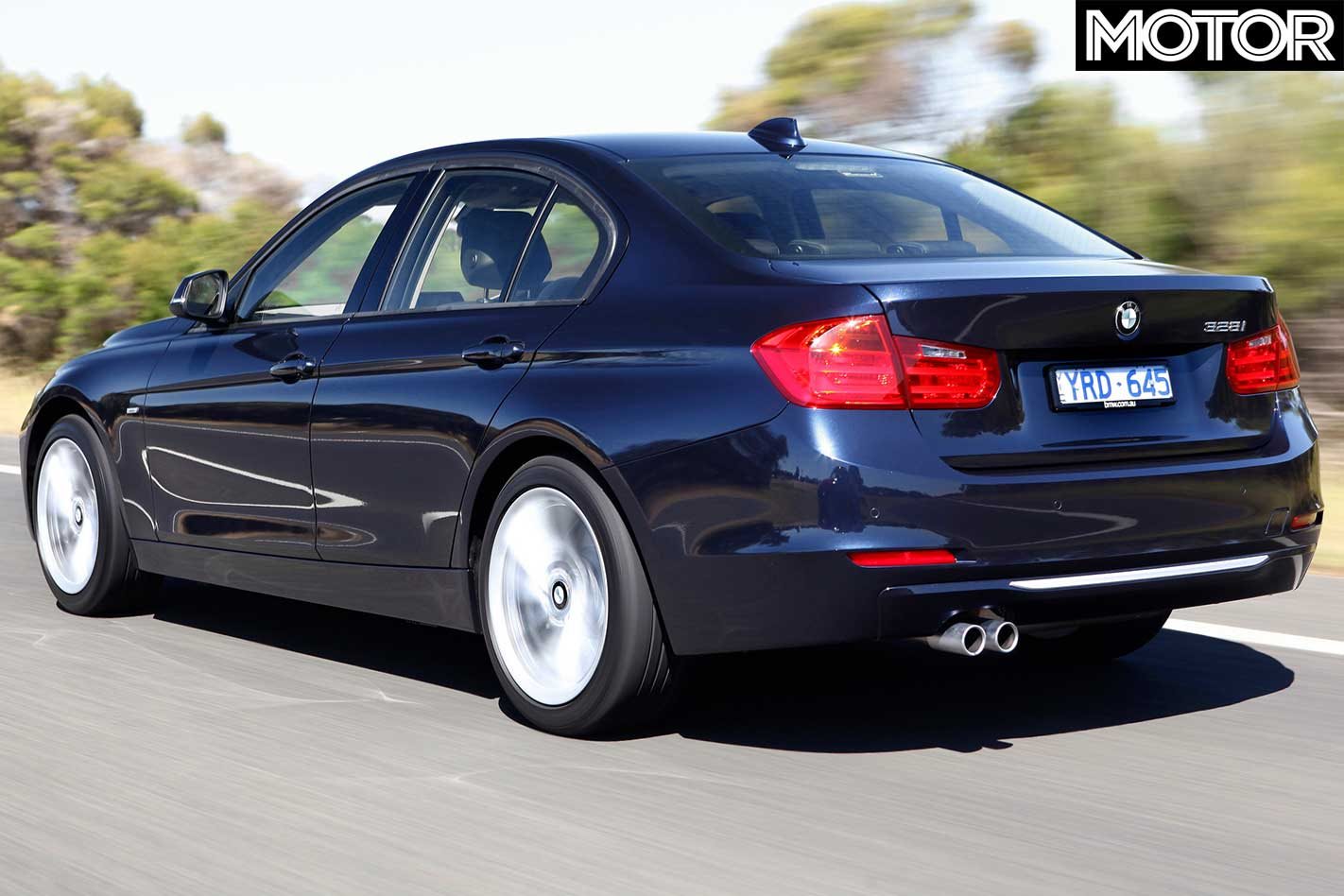 In fact a four-year-old 316i manual can be had for $25K with about 60,000km showing. Or, go for a five-year-old 328i manual (just check it has adaptive suspension) for the same. Install a good set of tyres, and maybe $5K for an LSD if really keen, and a driver’s car awaits. 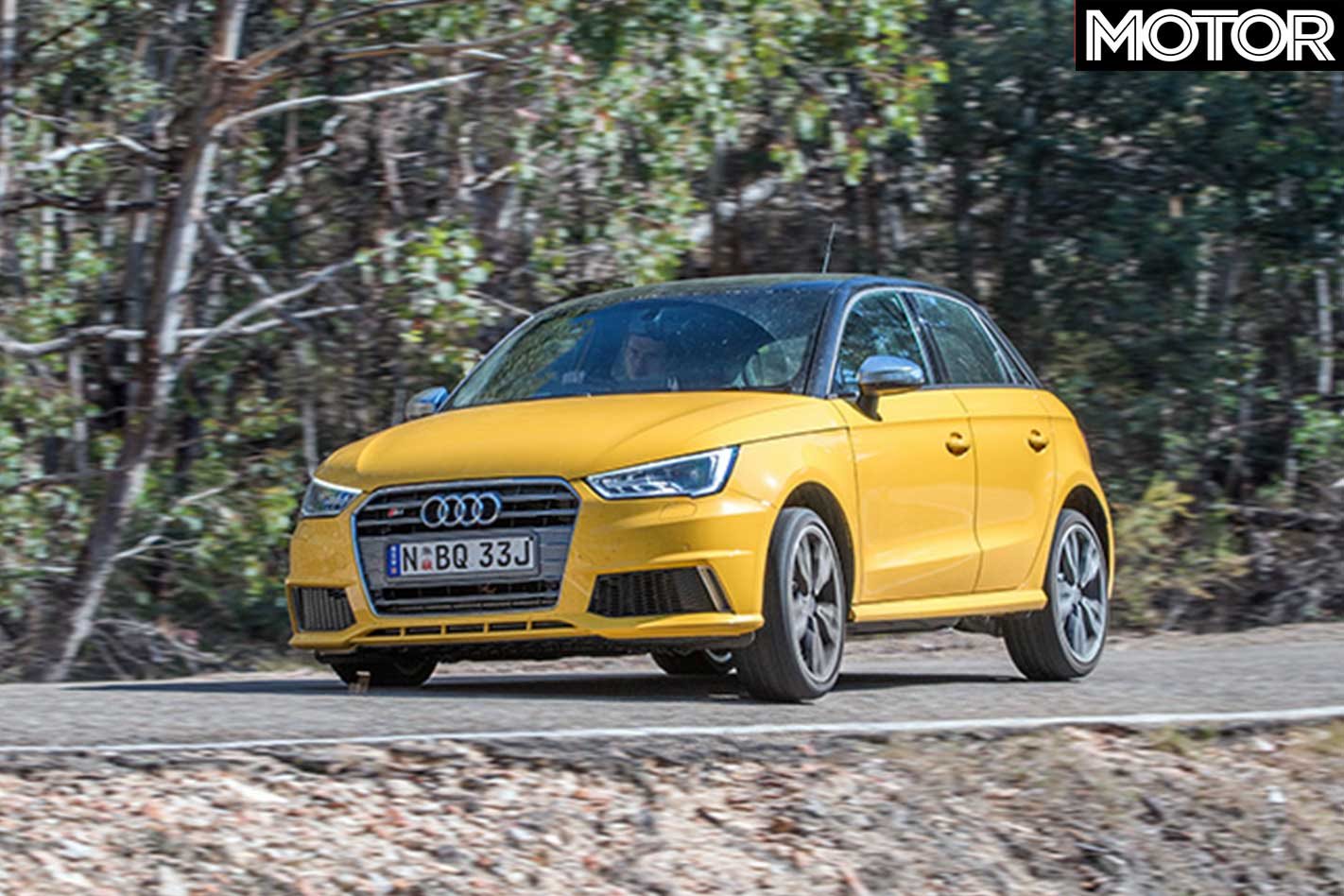 There probably won’t be a successor to the S1. It is probably the least popular Audi on-sale in Australia right now. And yet it is so refreshingly ‘un-Audi’ by being only available as a six-speed manual, with the rear driveshaft of an S3 crafted in, and sprinkled in popsicle colours.

It’s as fun and silly as other Audis are conservative and formal, and the S1 is all the better for it. Smaller than a Volkswagen Golf R, and easier to place on the road, the 2.0-litre turbo was held back with only 170kW – but it’s only a flash-tune away from much, much more.

MOTOR comparison: Golf R v S1
Not that this little tike was about straight line speed. The short wheelbase meant you could barrel into a corner at speed, lift the throttle, watch its backside dance and then pin the right pedal again and let the all-wheel drive system hook-up and the turbo torque sling you to the next corner. 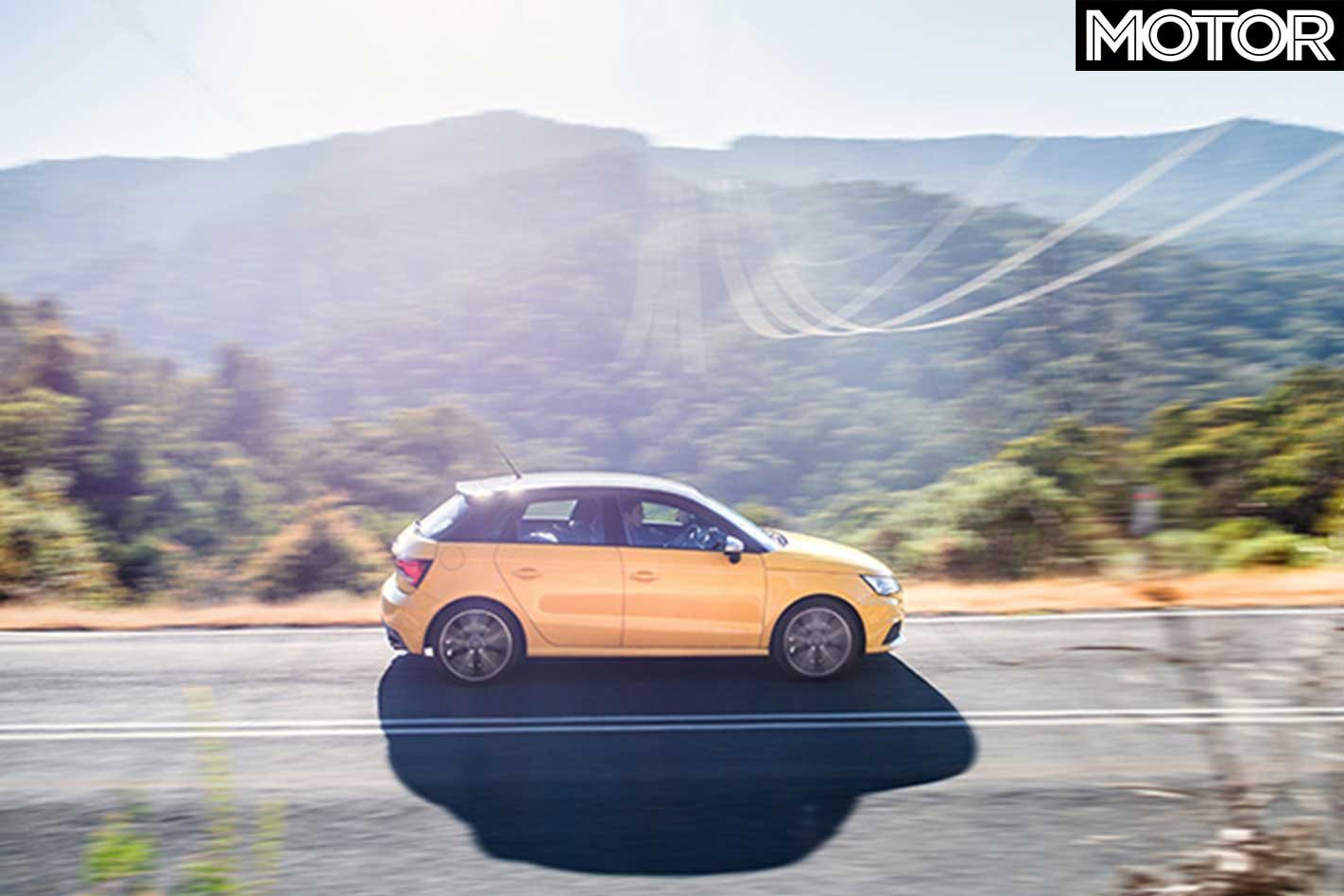 At $50K new, it was steep. At $30K now, for a four-year-old example with just 40,000km showing? It’s Suzuki Swift Sport coin, much faster but similarly playful.