It’s the Audi S1 EKS RX quattro, and it’s received a lot of love from engineers to make it faster and more driveable.

Rallycross driver Mattias Ekström noted the car has “noticeably more engine power than ever before,” with a 426kW maximum output and more than 700Nm of torque. The car’s minimum weight is just 1300 kg. Its new engine software, as well as the changes to engine position and cooling systems have resulted in the engine being able to produce more power than previously.

Although it’s only a 2.0-litre VW Group engine, the wet-sump R4 engine’s turbocharger is fitted with an anti-lag system for the first time, meaning that power is more linear and easier to manage.

Boost pressure is, according to Audi, now better optimised during partial engine load and on the overrun. 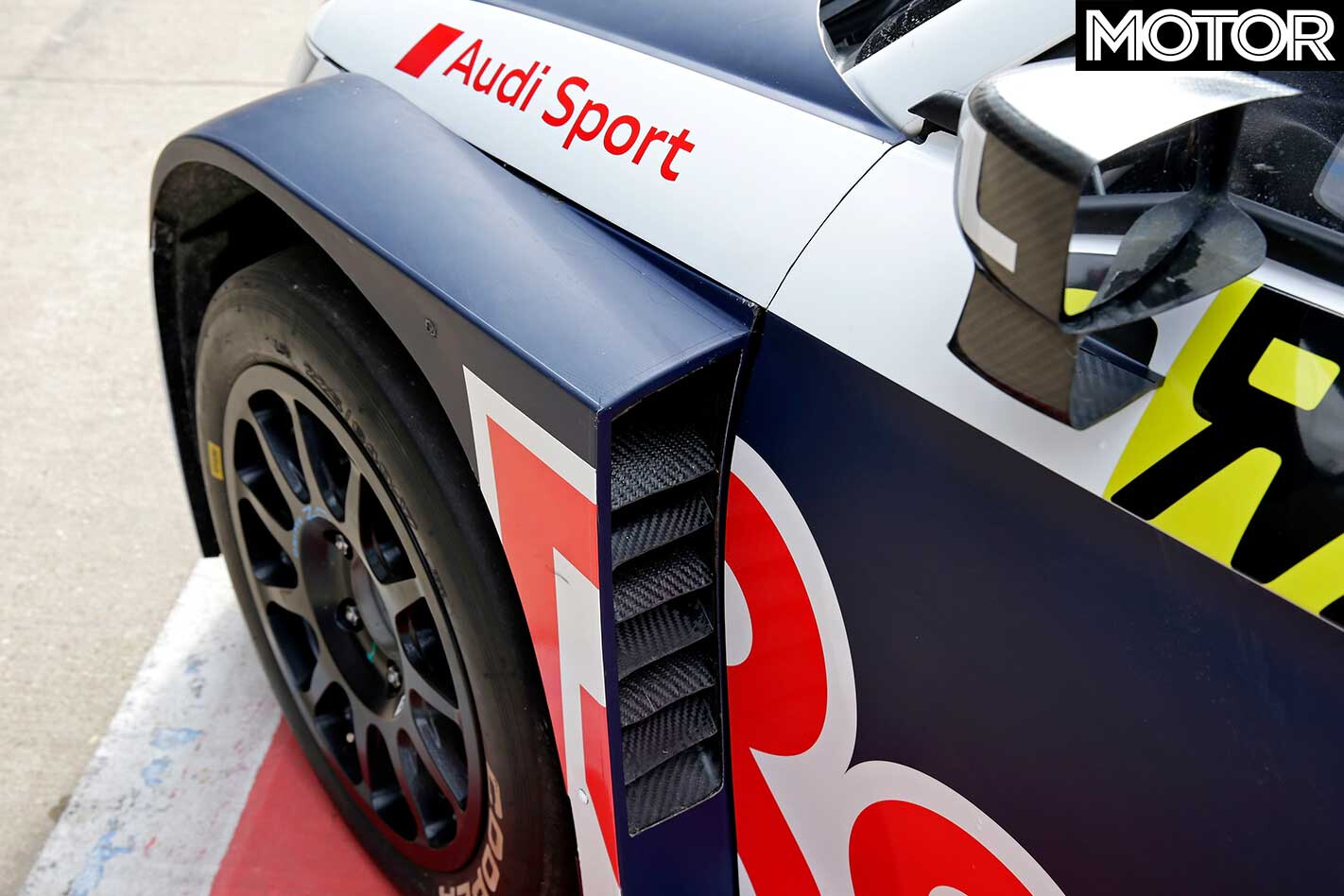 A three-plate carbon fibre/reinforced plastic clutch means shifts via the sequential 6-speed are quick, and power is transferred to each wheel via Audi’s clever Quattro permanent four-wheel drive system.

Multi-disc differential locks found on both front and rear axles are adjustable, and the rear-axle’s drive can be ‘decoupled’ by the driver through the handbrake.

But Audi is sure that the crowning achievement on the new car is its downforce, achieved through a new rear wing. “We’ve improved in all areas and know how much faster our new car is,” says Ekström.

The two-time DTM Champion (’04 and ‘07) and 2016 World Rallycross Champion says he’s looking forward to proving it on April 14-15 when the season kicks off in Barcelona.

“I’m very happy with the work that has been done and hope it’ll be enough to celebrate victories and finish on podium regularly again.

“At the same time we have very strong competitors who haven’t slept either. We’re only going to see where we stand at Barcelona.”