How fast is the Bloodhound LSR car compared to a Bugatti?

Well to answer that, the Bloodhound LSR team put together a rough projection of how the Bloodhound performs in a drag race against a ‘standard road car’, a Bugatti Chiron, and a Formula One car.

The projection is based on the Bloodhound’s 1010km/h test run done late last year on South Africa’s Hakskeen Pan. 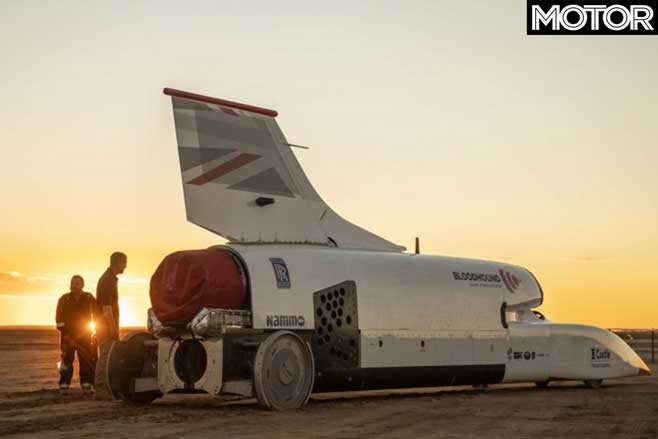 The projection uses “the most accurate” speed data of the other cars the team could find and calculated with the assumption that the desert surface only offers a third of the traction found on regular tarmac. The team mentions that other variables including traction from the tyres are not accounted for in this rendition.

As expected, engine-to-wheel propelled cars get a massive head-start on a jet propelled one. With a quoted 0-60mph time of 6.3sec, the Bloodhound would have trouble keeping ahead of a Volkswagen Golf GTI. Even with 0-100mph achieved in 8.3sec, it would be nose-to-nose with a Lotus Exige Sport 410.

It isn’t until the afterburner on the Bloodhound’s Eurofighter Typhoon jet engine kicks in at the 100mph (160km/h) mark that it really gets into its stride and make the Chiron and F1 car look like it had its handbrakes left on. 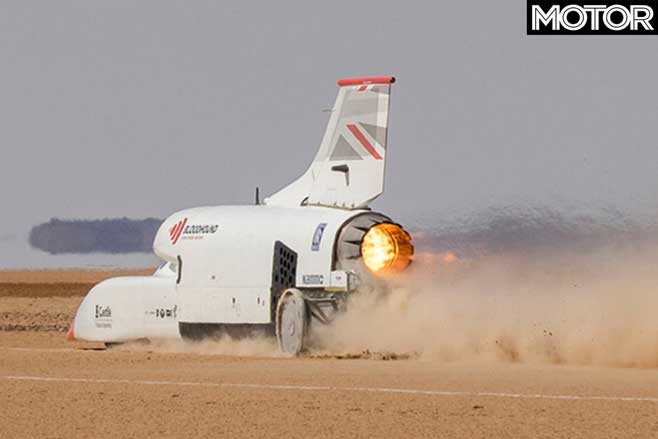 Mind you this run was done using the jet engine that produces 90kN (90,000N) of thrust, with its yet-to-be-tested 120kN-capable rocket engine expected to push the Bloodhound to the 1000mph barrier and onwards.

The team originally planned to test out the rocket later this year and expects to smash the previous land speed record, achieved by the British-built Thrust SSC in 1997, before attempting the 1000mph target in 2021. 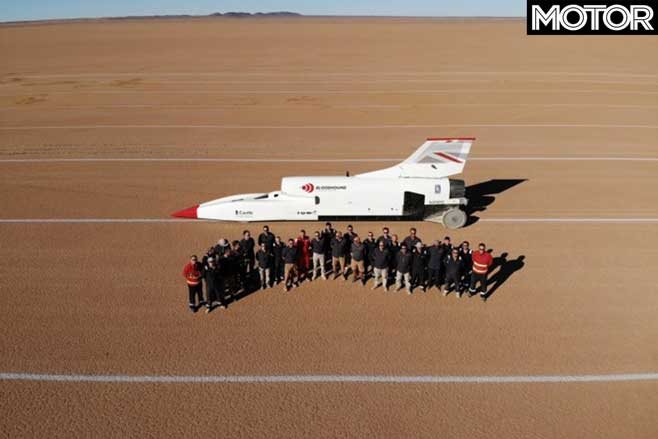 However, due to COVID-19 concerns the team has decided to put the run on hold as discussions with potential sponsors have been delayed.

“Discussions with a number of global brands were looking promising when COVID-19 struck, but the sponsorship industry literally shut down,” said Ian Warhurst, Bloodhound’s CEO who saved the project from being scrapped in 2018.

“This means our ability to raise the necessary funds in time and, consequently, the window to conduct the LSR campaign safely in 2021 is now very likely to be missed. As a result, we are planning to go into hibernation and reboot conversations with potential sponsors later in the year.”